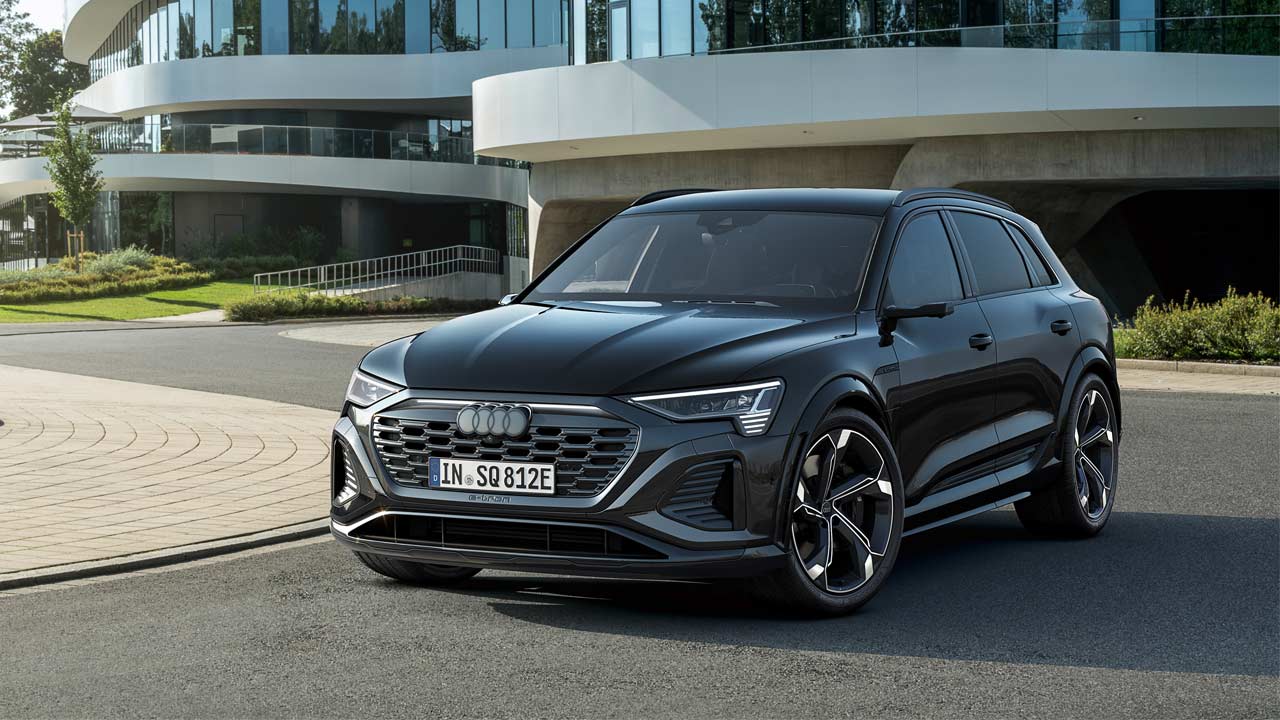 A big list of improvements also means, of course, a new name.

The Audi e-tron SUV which debuted over 4 years ago as the brand’s first-ever series-production all-electric offering, has been a fairly successful product with over 150,000 units sold globally. Ever since its debut in Sep 2018, the e-tron SUV received a couple of updates—the first one in Nov 2019, and the second one a year later—for older models; both of which were about range improvements. But the biggest update comes now—in the form of a new moniker. The Audi e-tron SUV will now be known as the Audi Q8 e-tron SUV.

The Q8 e-tron SUV is gonna be available in multiple flavors, of course, and these would include the plain jane Q8 e-tron, the Q8 Sportback e-tron, the SQ8 e-tron, and of course, the SQ8 Sportback e-tron. Market launch is planned for February 2023 for most European markets, and if you live in America, you’ll have to wait until the end of April 2023. Prices in Germany will start at €74,400 for the base Q8 e-tron. Order books will open later this month for European markets (Nov 14 in Germany). 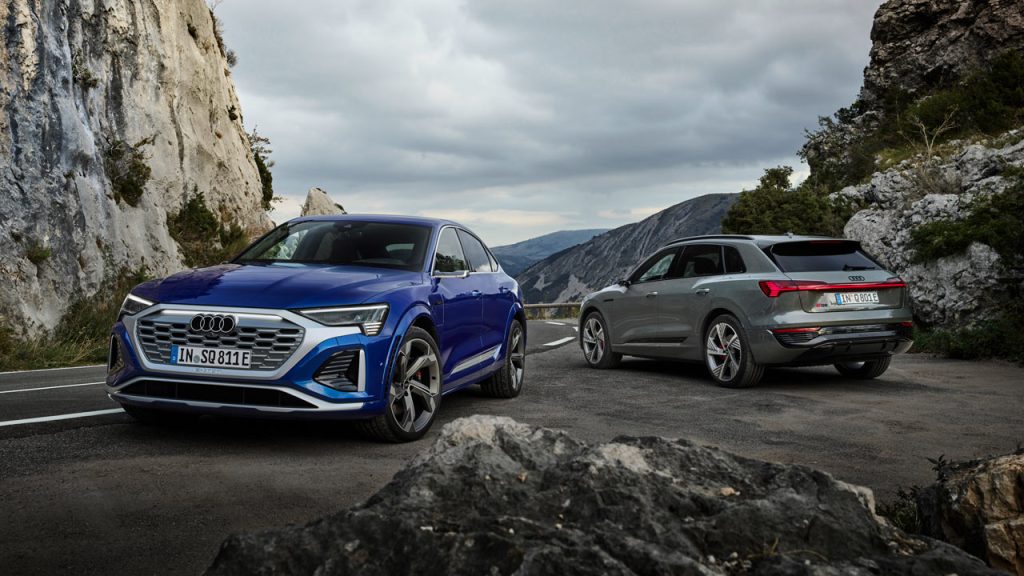 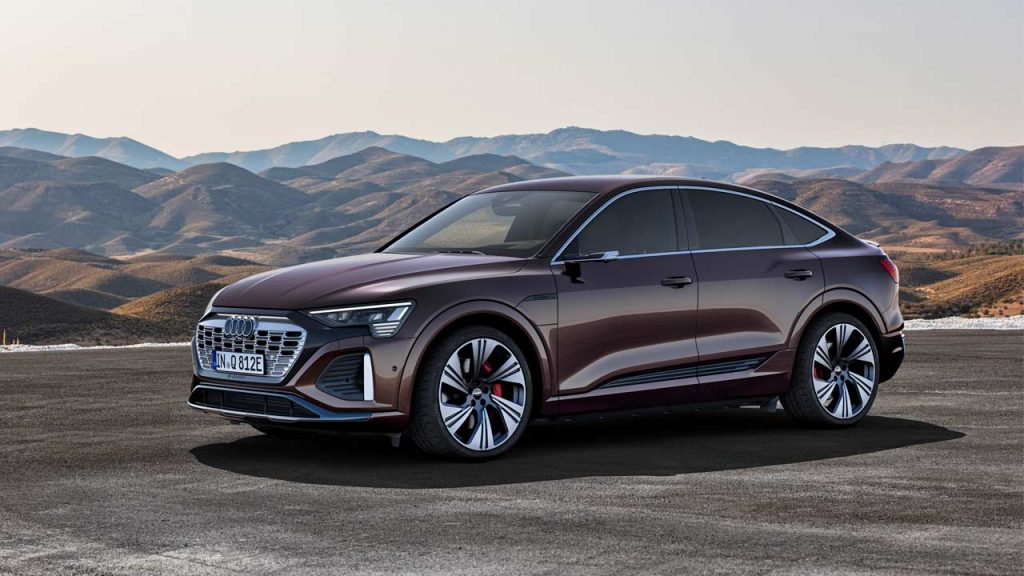 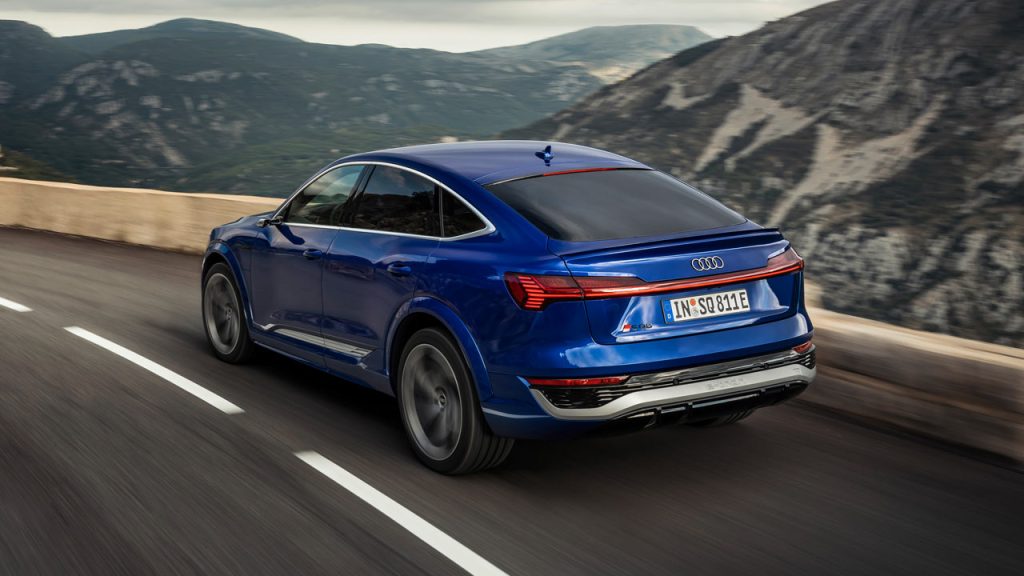 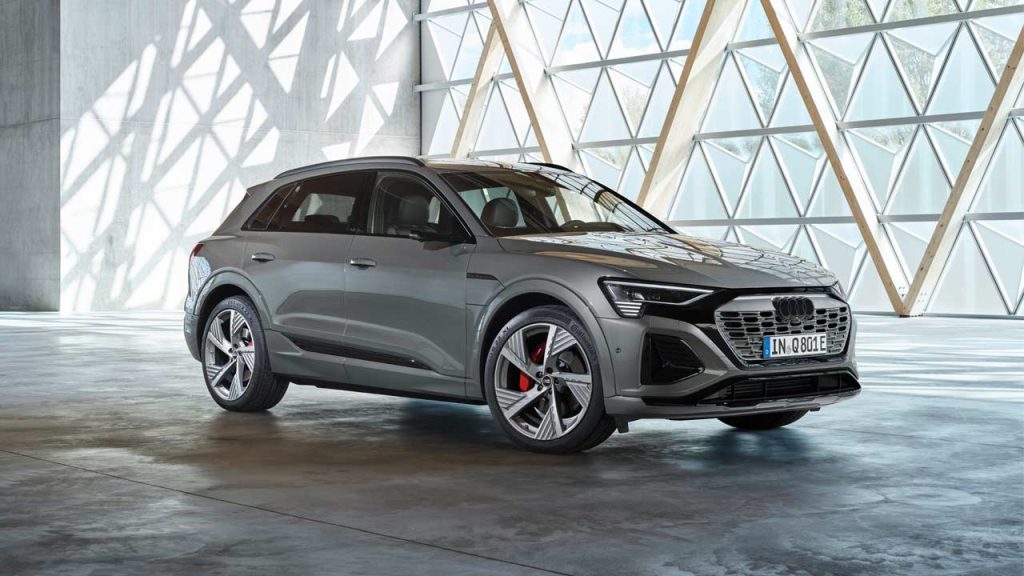 Styling updates are rather subtle and barely noticeable compared with the OG e-tron SUV, but the front and rear fascias have been given a bit more sportier appearance. There are new wheel designs as well, of course. Also, the examples shown here are equipped with the optional digital Matrix LED headlights. While driving on the highway, the orientation light marks the car’s position in the lane, helping the driver remain in the center. 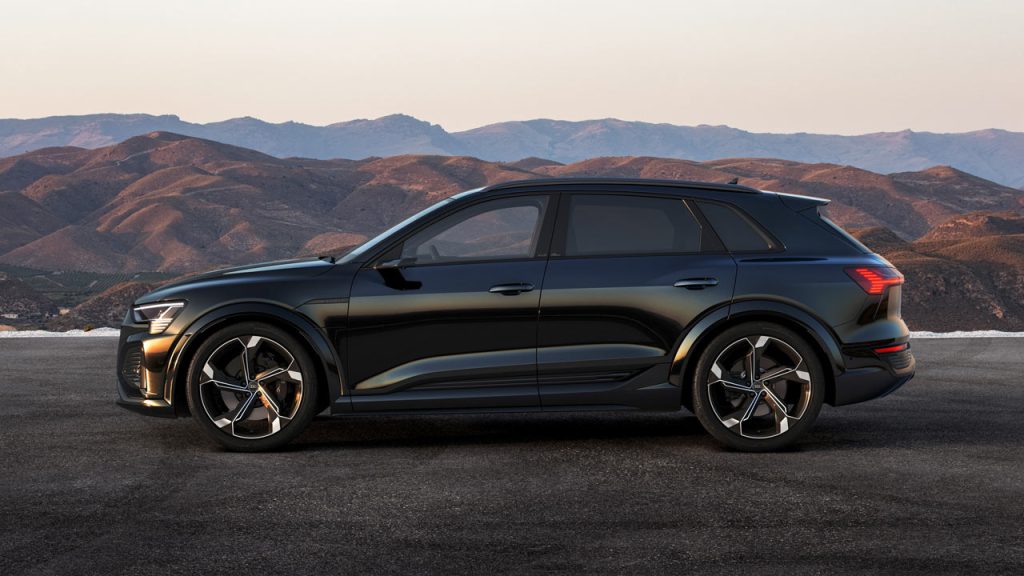 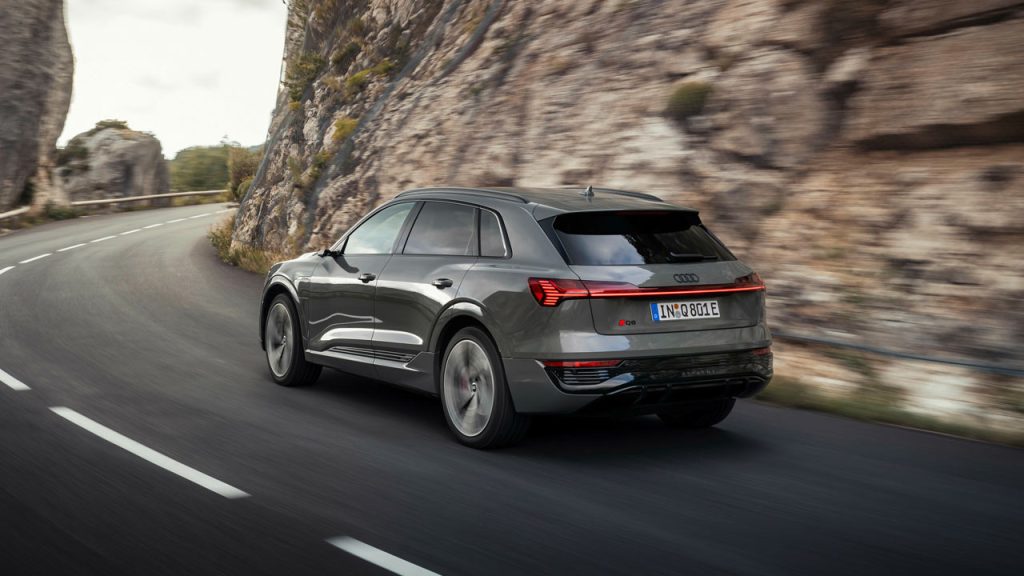 The SQ8 e-tron model raises the oomph factor with dark looks, model-specific wheels, a 39 mm wider body and slightly lowered ride height. An air-spring suspension setup is standard on all Q8 e-tron SUVs. The height of the car body can be varied by a total of 76 mm, depending on the driving situation, of course. Audi said that the air-spring tuning was tweaked. Also, the ESC will allow for even more maneuverability in the future—especially at tight corners. The progressive steering has also been tweaked for a more agile handling. The suspension bearings on the front axle are more rigid now.

Audi claims to have further improved the aerodynamics as well, resulting in a reduction of the drag coefficient from 0.26 to 0.24 Cd for the Q8 Sportback e-tron and from 0.28 to 0.27 Cd for the Q8 e-tron. The wheel spoilers mounted on the underbody help divert airflow around the wheels. The spoilers on the front axle were enlarged, and the Q8 Sportback e-tron now has spoilers on the rear wheels as well. With the SQ8 Sportback e-tron, spoilers are only mounted on the rear axle. In the area around the grille, this is the first time an Audi model has had a self-sealing system in addition to the electric shutters that automatically close the radiator. This system is claimed to further optimize the airflow at the front of the car and prevent undesired losses. 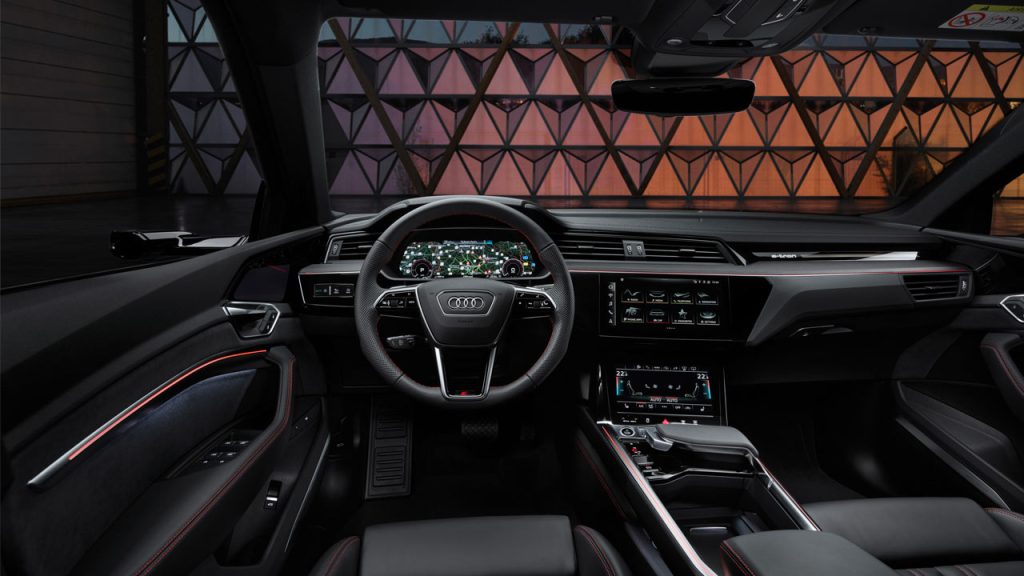 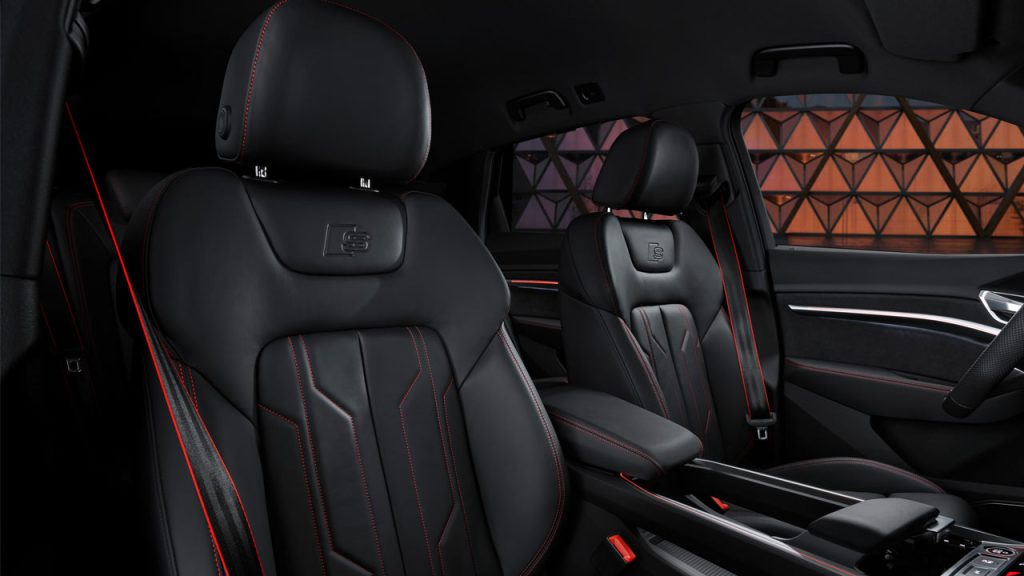 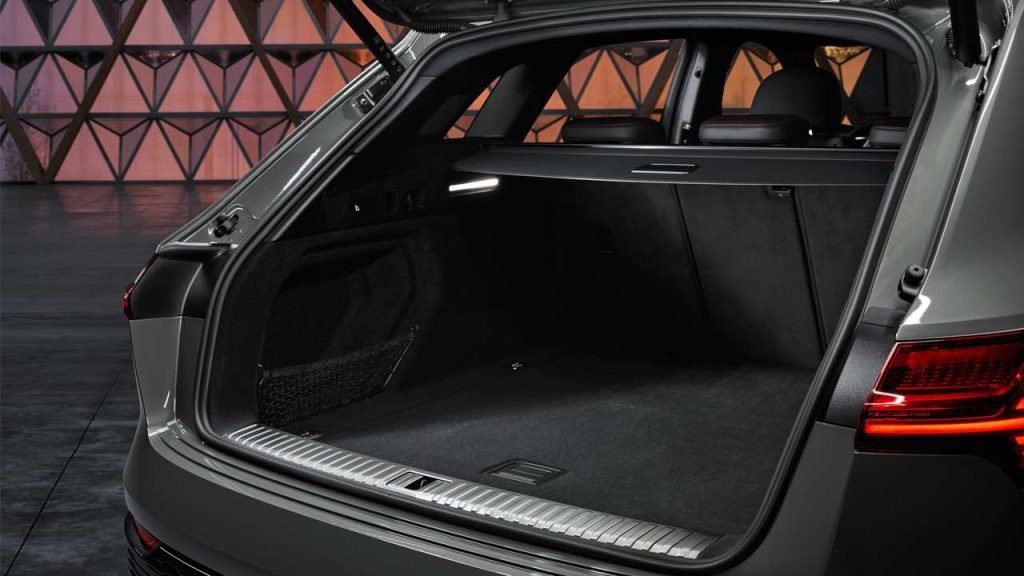 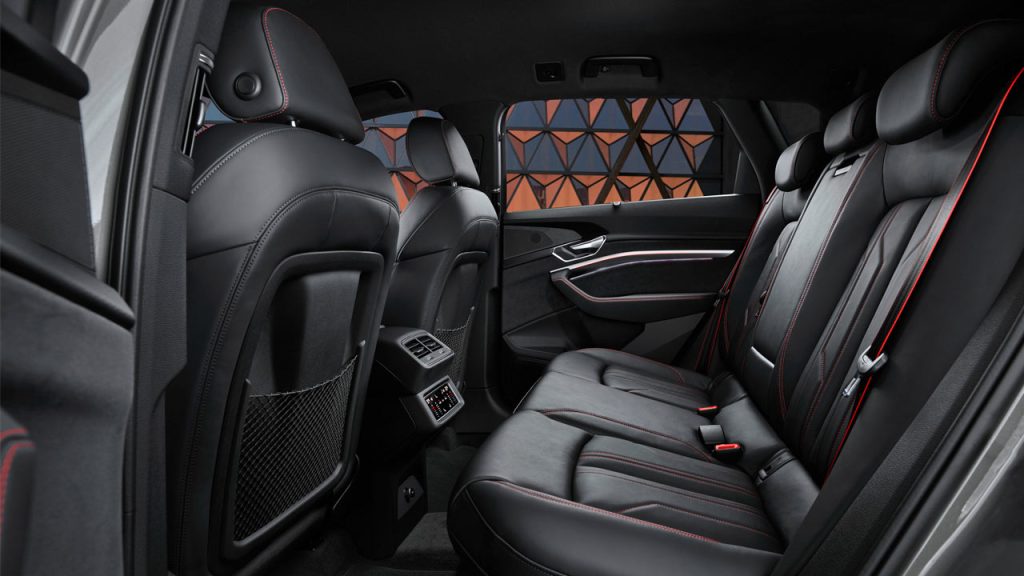 Inside, things look just as high-tech as they always looked with more than sufficient digital displays. In the center, a 10.1-inch top and an 8.6-inch bottom display replace nearly all conventional switches and knobs, which of course, I’m not a fan of or condone. The Audi virtual cockpit is a standard fitment, while the MMI Navigation Plus system is standard only for the German market. 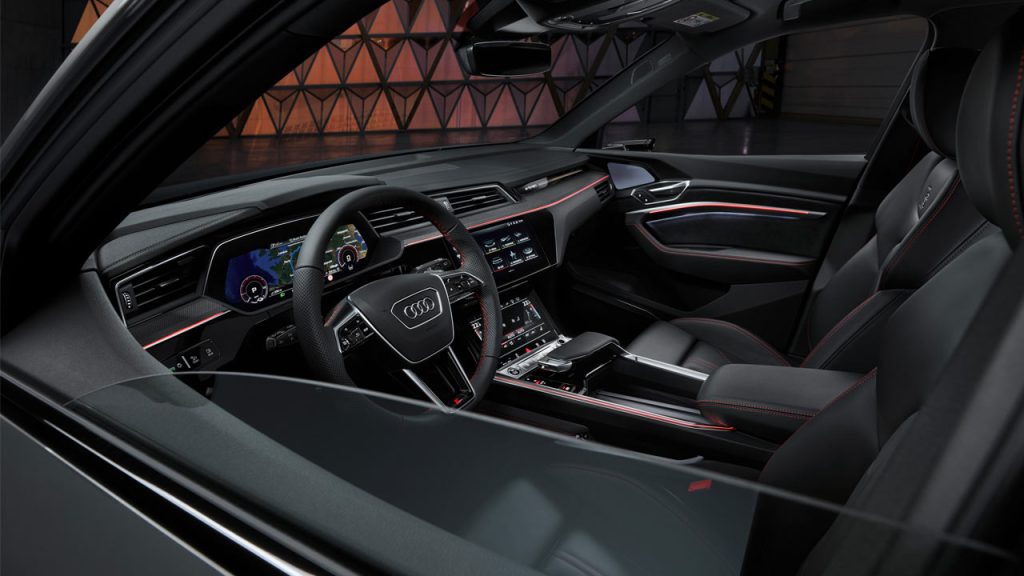 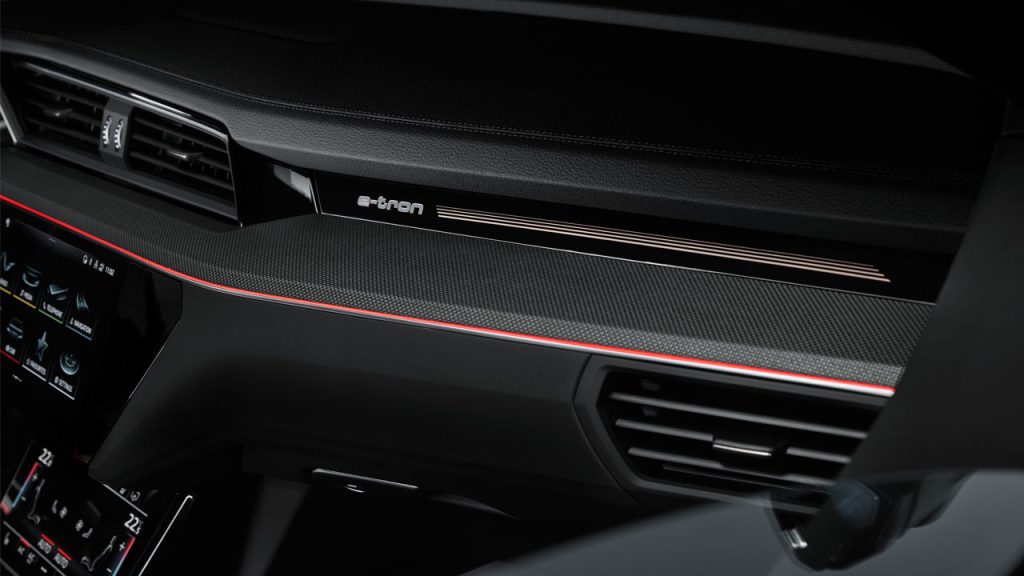 All furnishings come with optional decorative inlays of porous wood veneers such as grainy ash and sycamore, aluminum, or, for the S line and edition S line versions, a carbon fiber structure. New additions include light brown walnut wood and a sustainable technical material made partially from recycled PET bottles. The plastic covers for the seatbelt buckles are made from automotive plastic waste. Materials used for insulation and damping, as well as for carpeting, are also made from recycled stuff. With the S line package, the sport seats are upholstered in synthetic leather and the microfiber material ‘Dinamica’. Dinamica is made from up to 45% polyester fibers that are manufactured from recycled PET bottles, used textiles and fiber residue.

More optional features include four-zone automatic climate control (two-zone standard), an air quality package, a massage function for the seats, and a heads-up display. The remote park assist plus will be available to order sometime in 2023. The Q8 e-tron is equipped with five radar sensors, five cameras and 12 ultrasonic sensors. 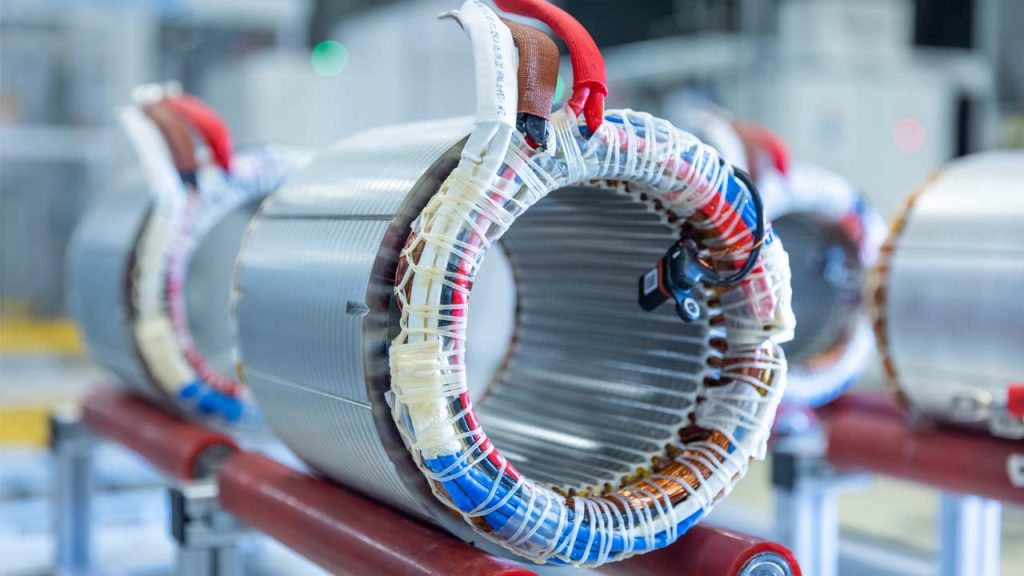 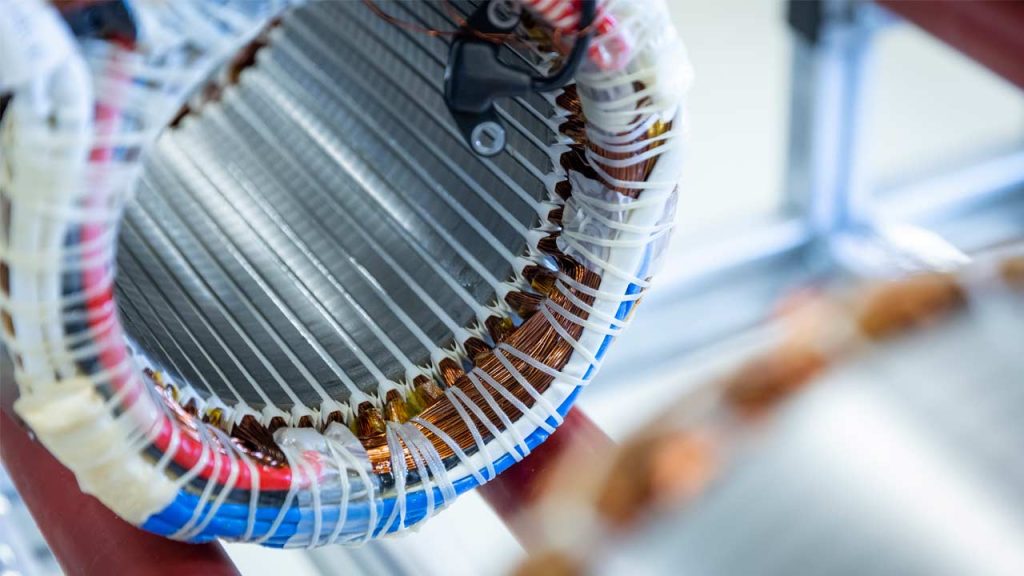 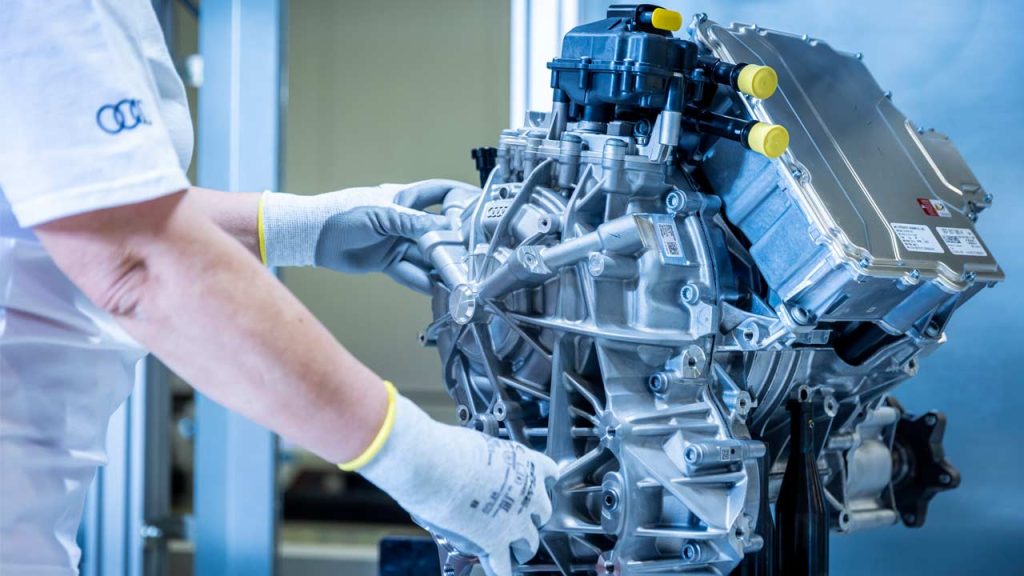 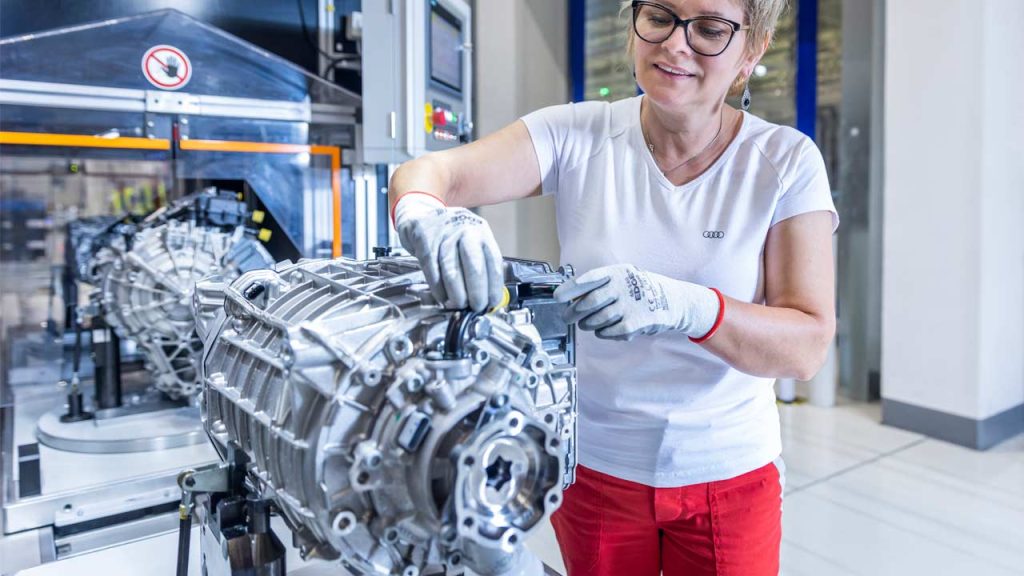 Audi says that for the new Q8 e-tron, the asynchronous motor on the rear axle was modified. Instead of 12 coils generating the electromagnetic field, there are now 14. The motor consequently generates a stronger magnetic field with similar electricity input, which in turn allows for more torque. 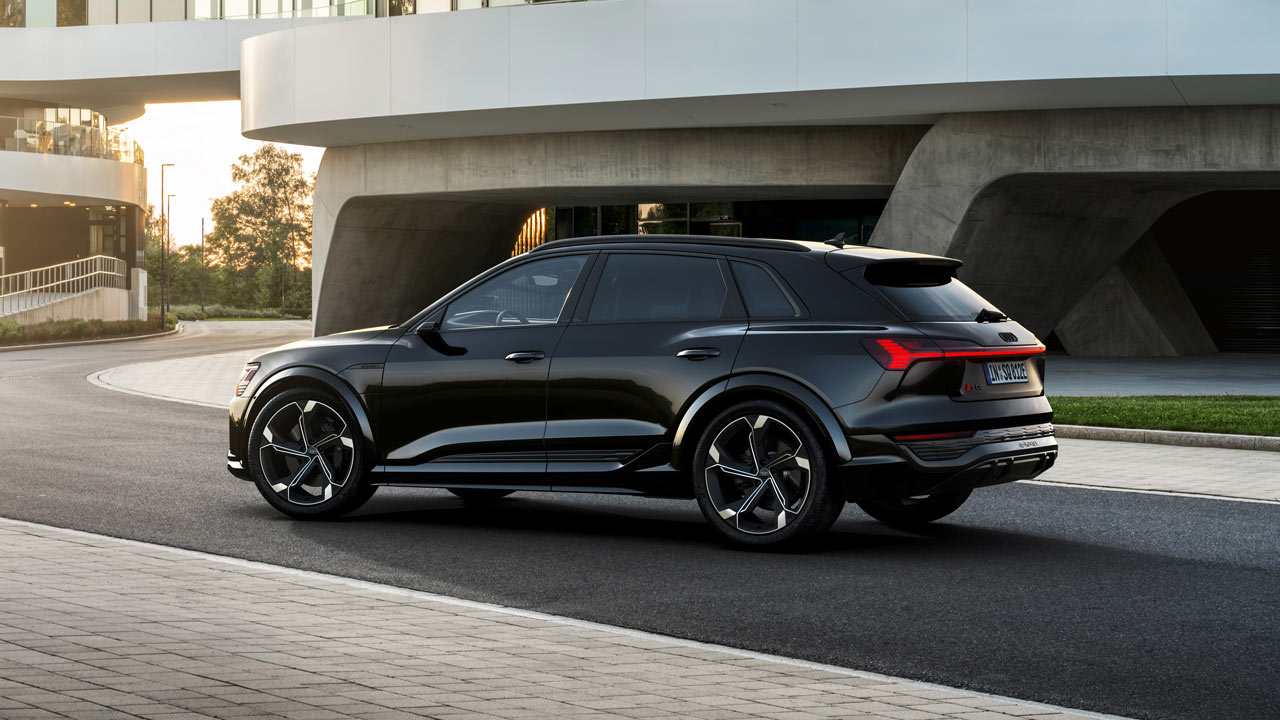 This was refined for the SQ8 e-tron. A 124 kW (169 metric hp) electric motor is at work on the front axle. On the rear axle, there are two electric motors each with 98 kW (133 metric hp) output and each separately powering the respective rear wheel. This allows for a boost performance of up to 370 kW (503 metric hp).