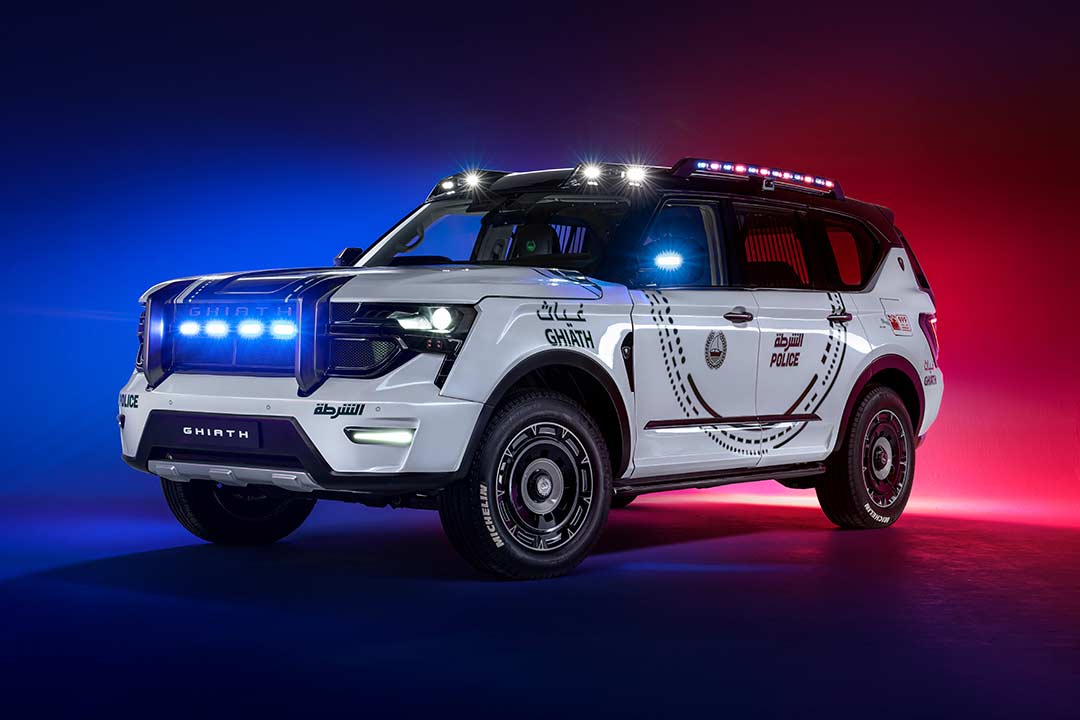 As you know, Dubai Police has got a bunch of fancy patrol cars just to show off the oil wealth. Joining that lineup is the Ghiath Smart Patrol—which apparently “is exclusively designed in UAE by W Motors”. W Motors is, of course, the same company that built the Lykan HyperSport—which was featured in the film Fast and Furious 7. According to reports, the Dubai Police Force has ordered 400 of these Ghiath Smart Patrol SUVs. W Motors says on its website that the name ‘Ghiath’ was bestowed upon by the Crown Prince of Dubai. Feel free to Google the meaning of the name. 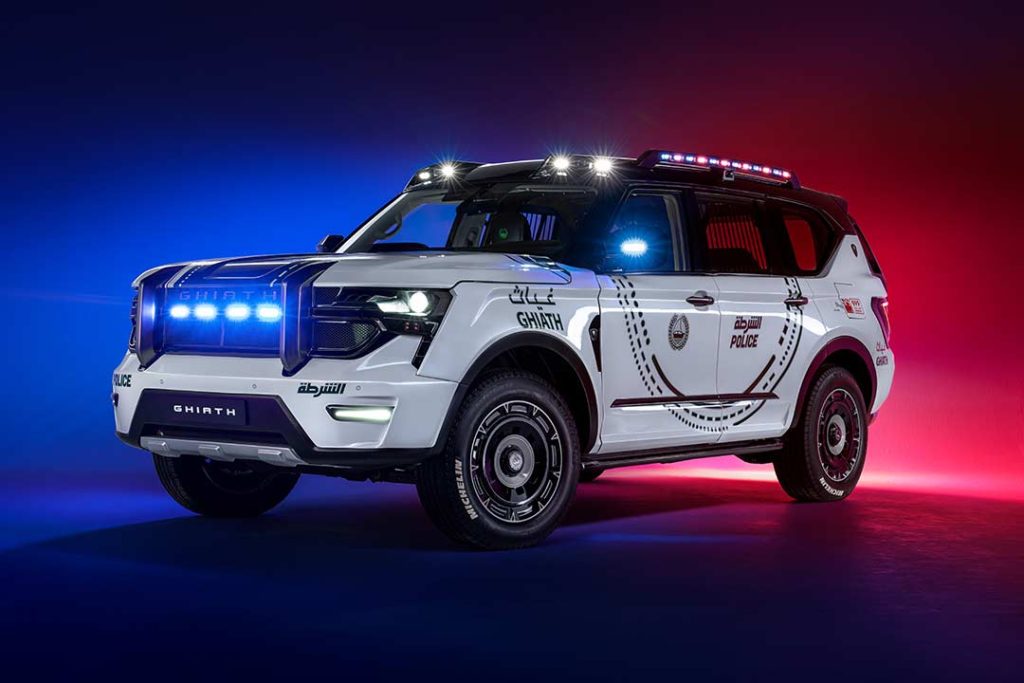 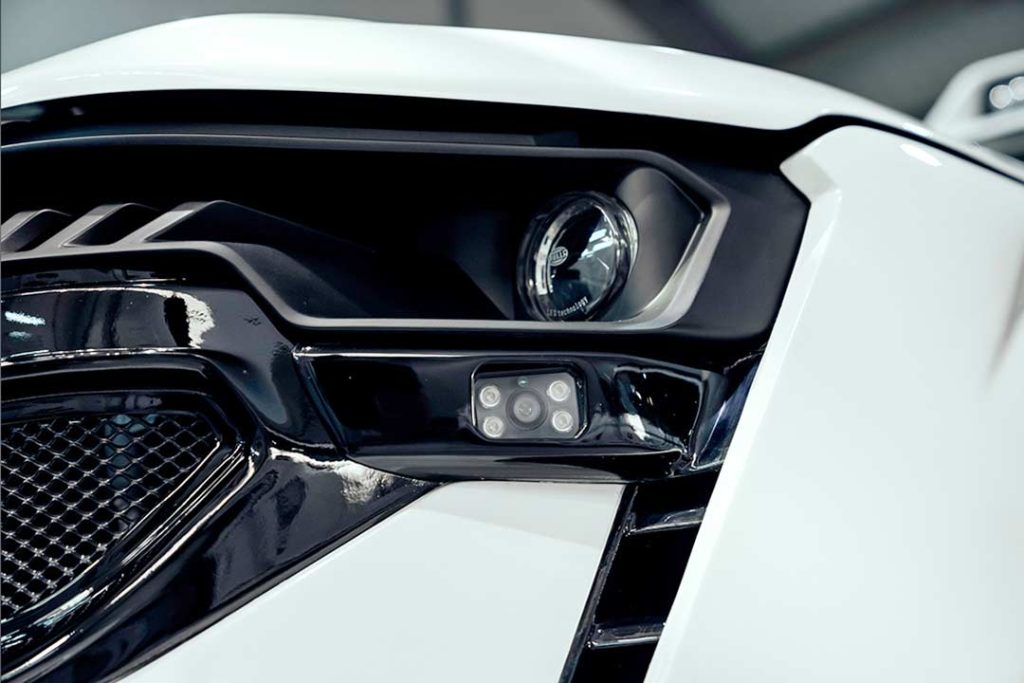 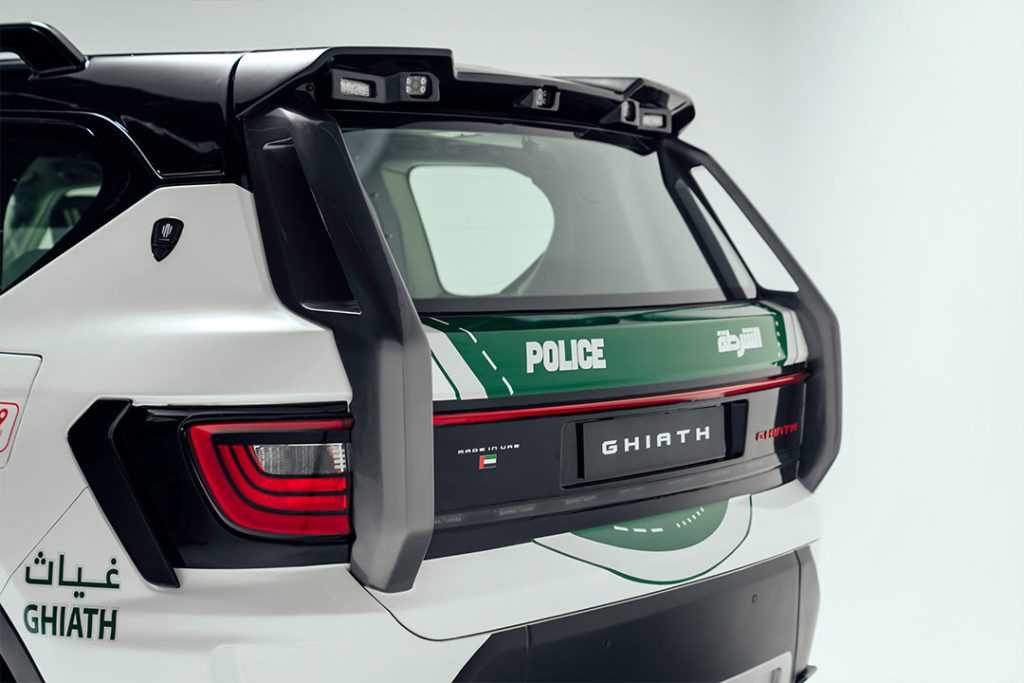 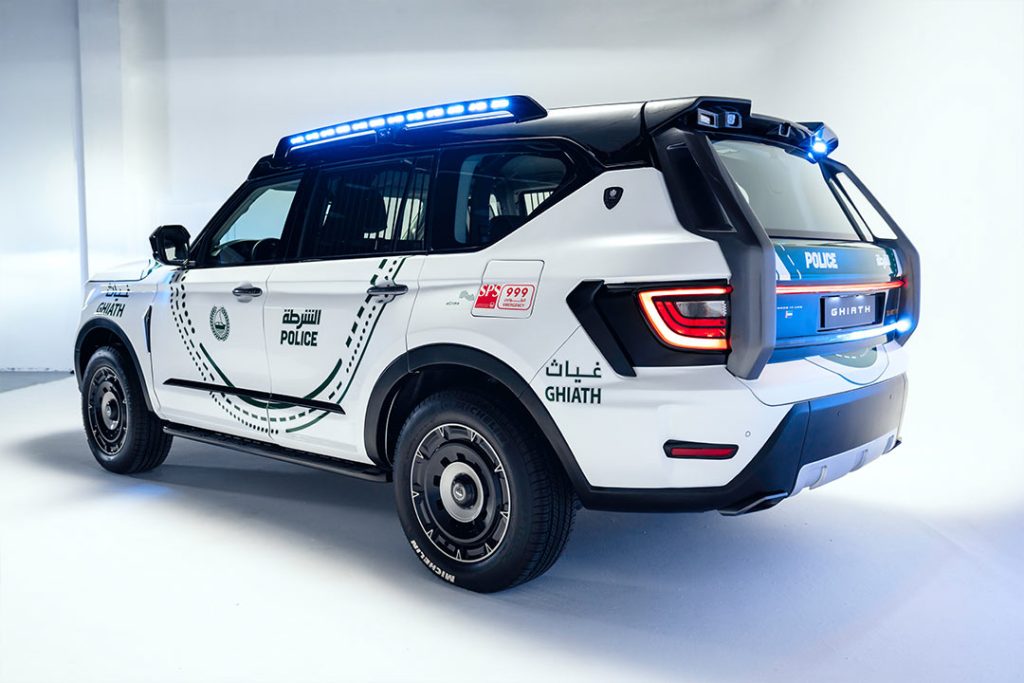 Both W Motors and Dubai Police are tight-lipped about the details or specifications of this vehicle, for obvious reasons, but lurking underneath all those lights, livery and drama, is a Nissan Patrol. I’m not entirely sure where the headlights come from (Dodge Charger?), but the taillights are from the Dodge Durango. But anyway, the Ghiath has a total of 10 cameras on the exterior, which includes a 360-degree deployable periscope camera, 8 surveillance cameras and a facial and license plate recognition system. 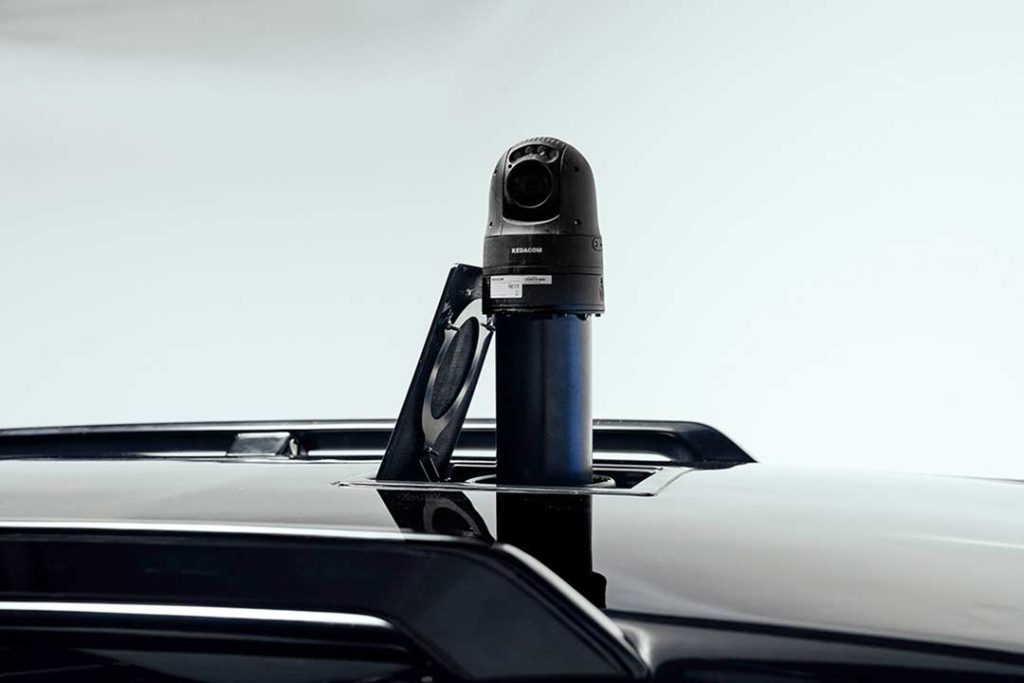 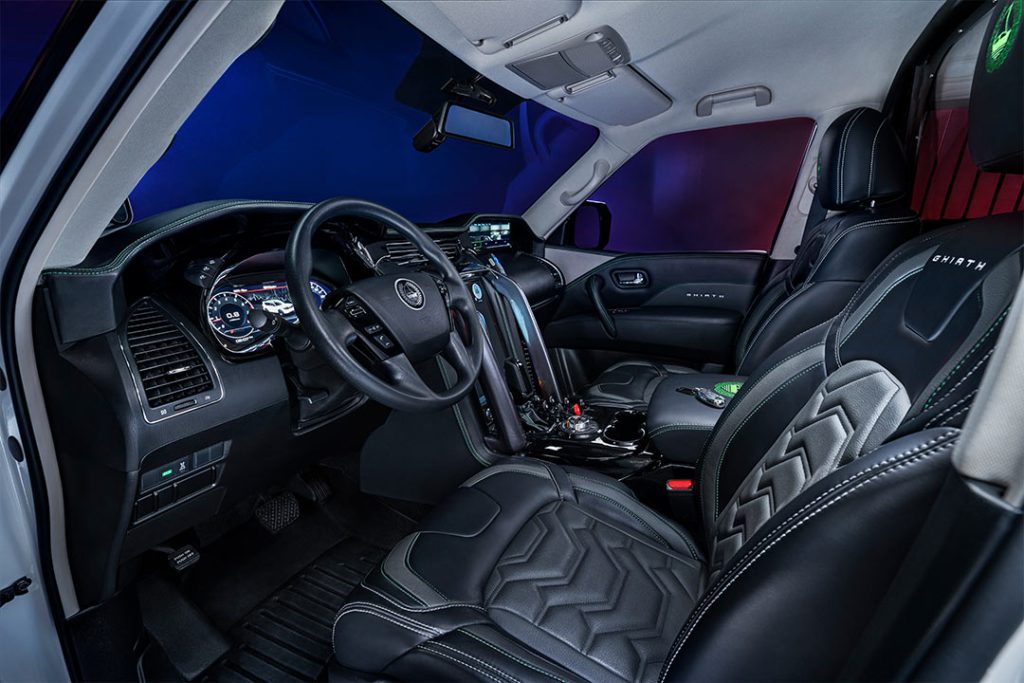 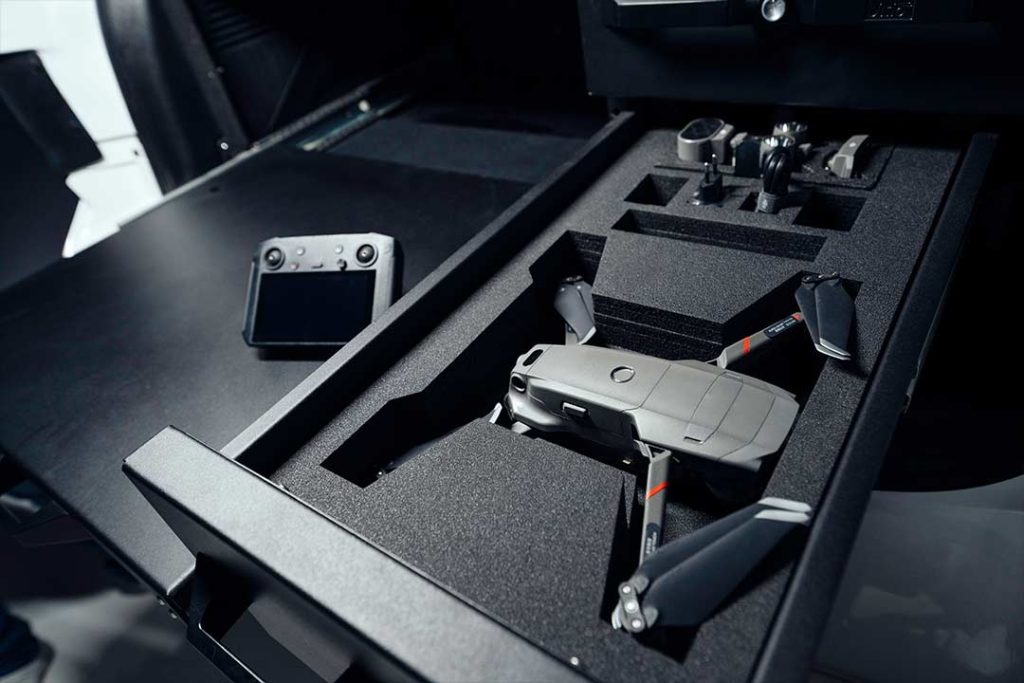 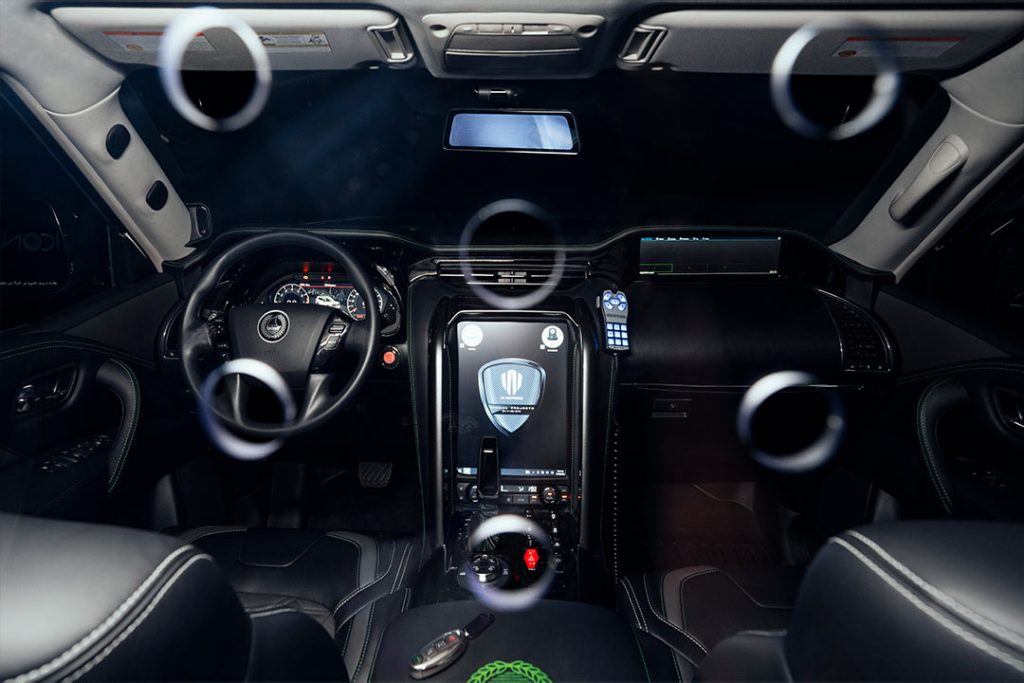 The modified dashboard features a 16-inch display and another display on the passenger side, which are linked to the main command centre. A driver behavior camera monitors the officer. And of course, the Ghiath comes with its own drone box. A custom-built rear bench, a protective cage, and specially designed compartment in the boot to store rescue and safety equipment, are all part of the modifications.

As mentioned, the specifications of the vehicle are not available for the public. However, if we were to make an educated guess, the so-called Ghiath Smart Patrol most likely packs a 5.6-litre naturally aspirated V8 petrol engine from the Patrol NISMO that offers 319 kW (434 metric hp) and 560 Nm (413 lb-ft) of torque, coupled with a 7-speed automatic gearbox. If that’s not the case, I’m sure you’ll find a 4.0L V6 under the hood.