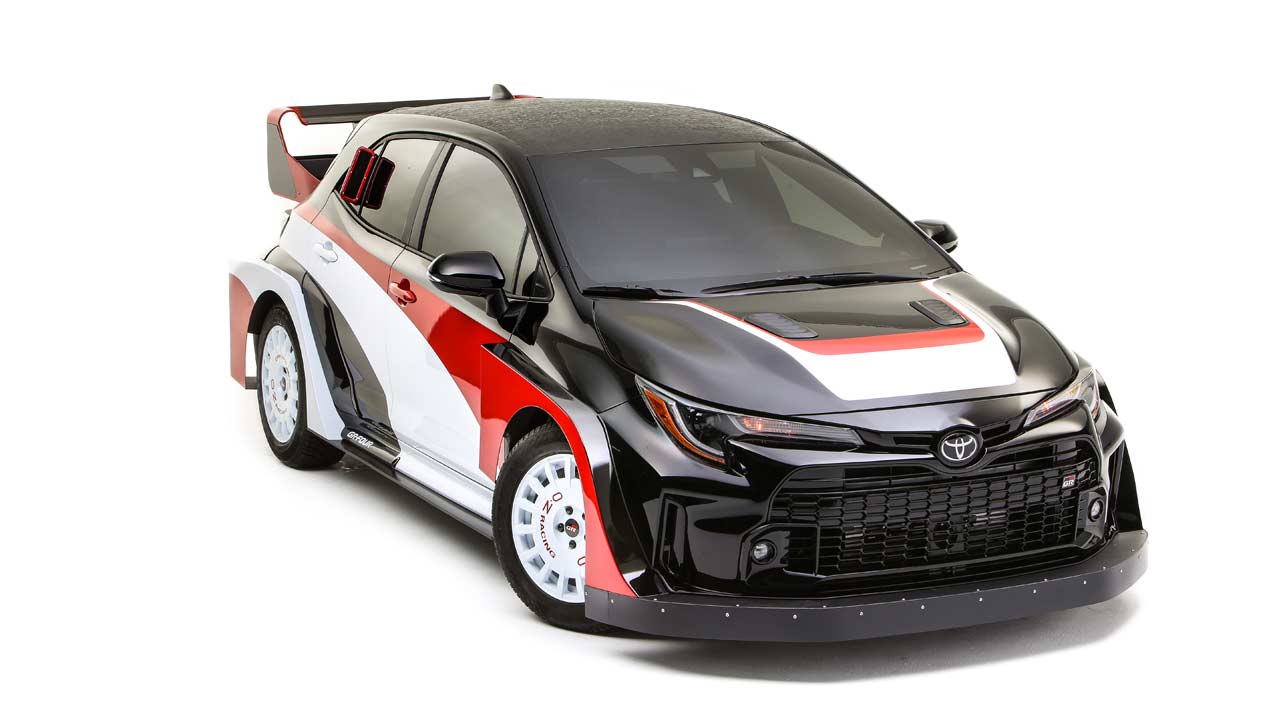 You probably remember earlier this year Toyota decided to offer the Americans the GR Corolla instead of the GR Yaris they all so badly wanted. But the GR Corolla is more powerful than the GR Yaris with 224 kW (304.5 metric hp) on tap, and so, I guess, arguably, Toyota gave them a better one. At the 2022 SEMA Show, Toyota showcased a rally version of this hot hatch. 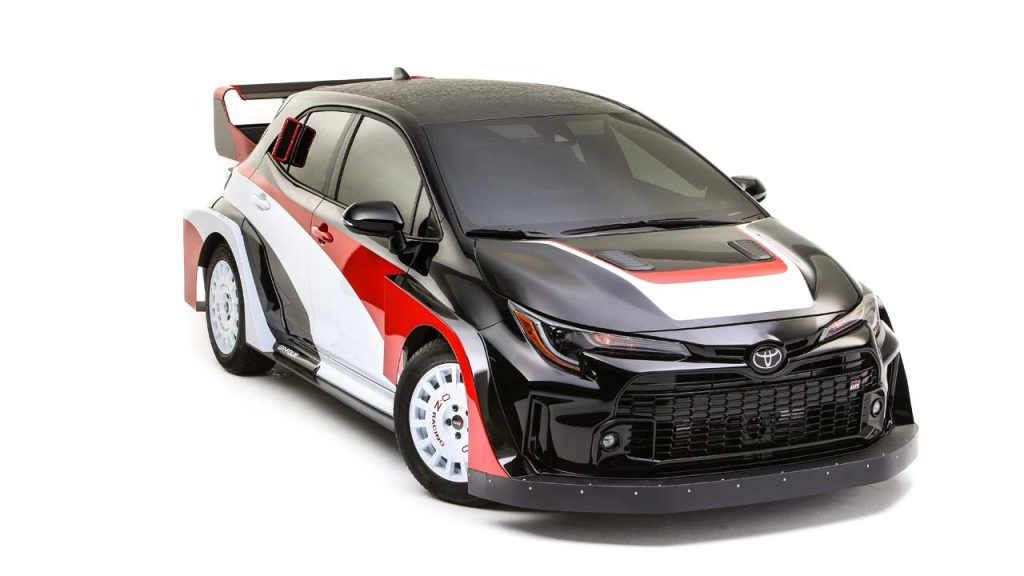 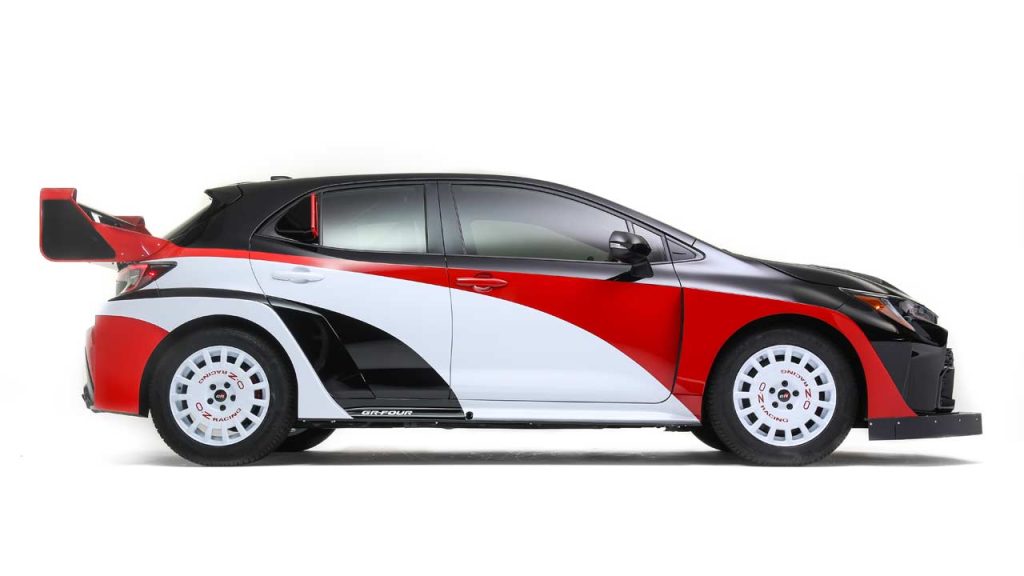 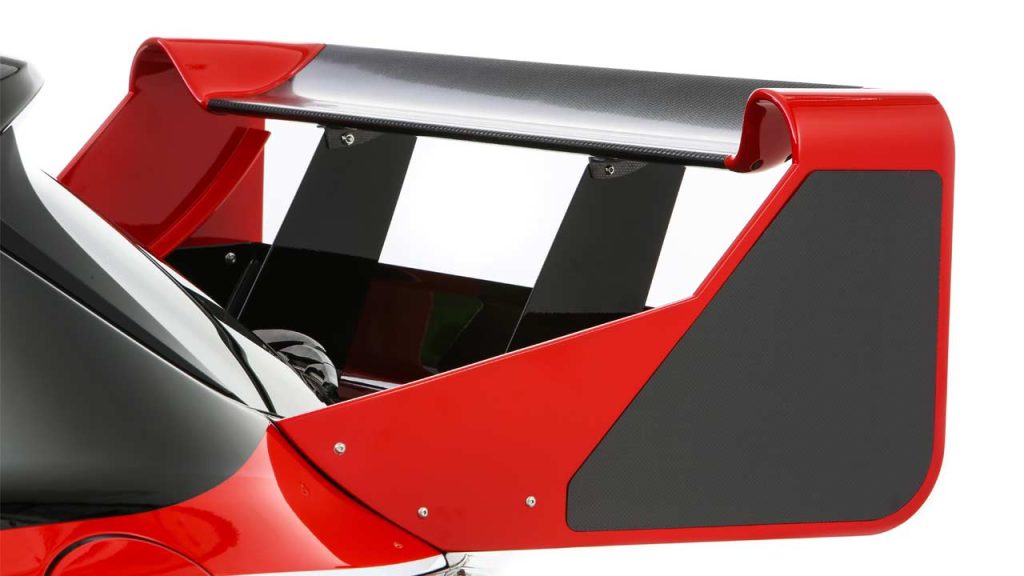 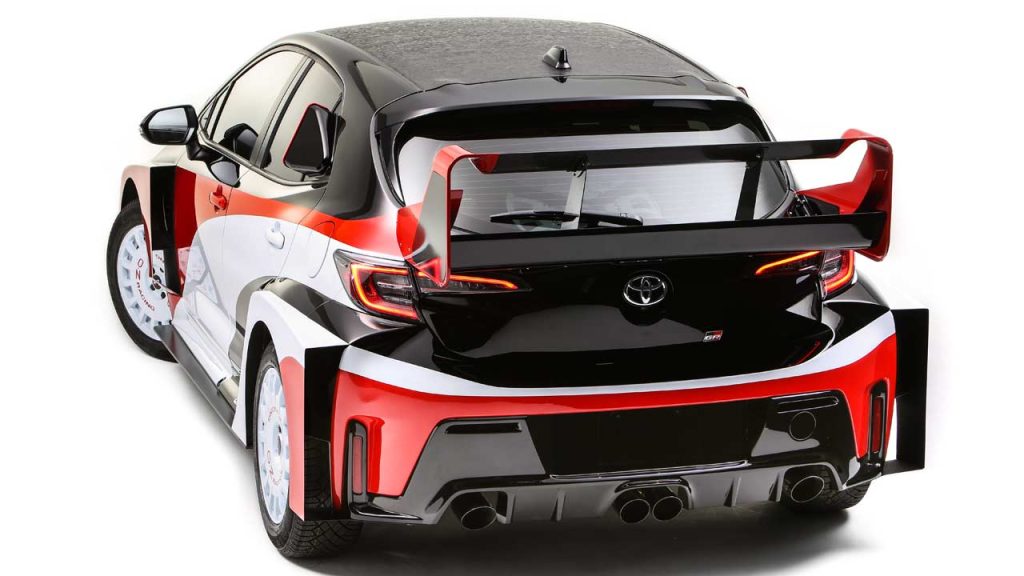 It’s called the GR Corolla Rally Concept, and it is based on a 2023 GR Corolla Circuit Edition. It was built by Marty Schwerter in collaboration with the Toyota Motorsports Garage team—Brad Vetter, lead fabricator; Justin Lacore, fabricator; and David Senn, technician. The build was apparently inspired by the GR Yaris Rally1 WRC car, and looking at that ridiculous carbon fiber rear wing, you don’t have a choice other than to agree. The 4.5-inch front splitter is made of a carbon composite material. On the corners are 17 x 8-inch OZ Racing wheels wrapped with 215/60 R17 Continental VikingContact 7 tires, and fully adjustable TEIN Gravel Rally coilovers complete the package.

The team kept the GR Corolla’s stock brake setup with 14 x 1.1-inch ventilated rotors with four-piston aluminum calipers, then added Wilwood turning brakes—a secondary set of rear calipers—to help provide the braking and turning control needed for gravelly terrain. Combined with the custom bodywork, the result is a stance that is 6-inches wider than stock. 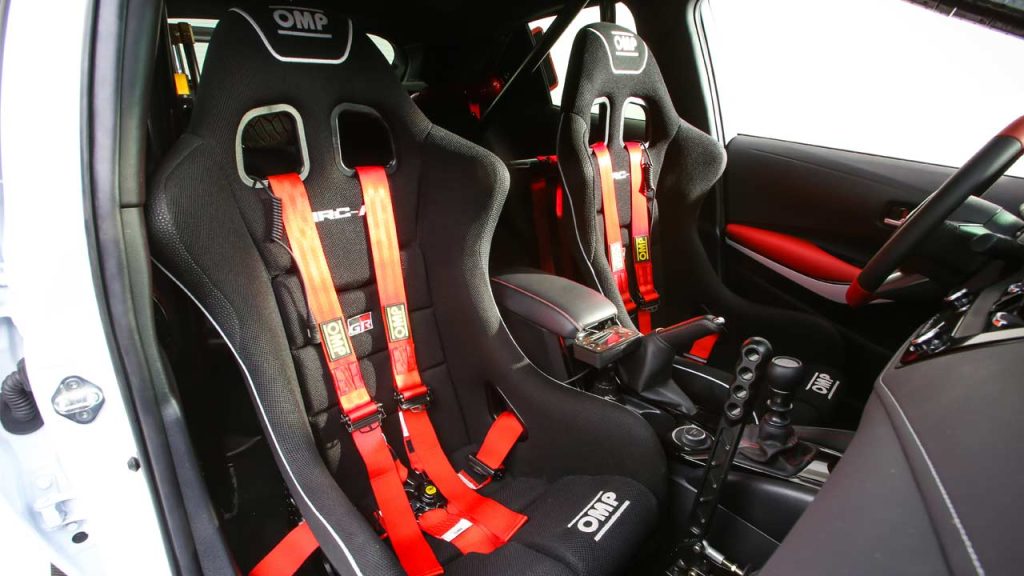 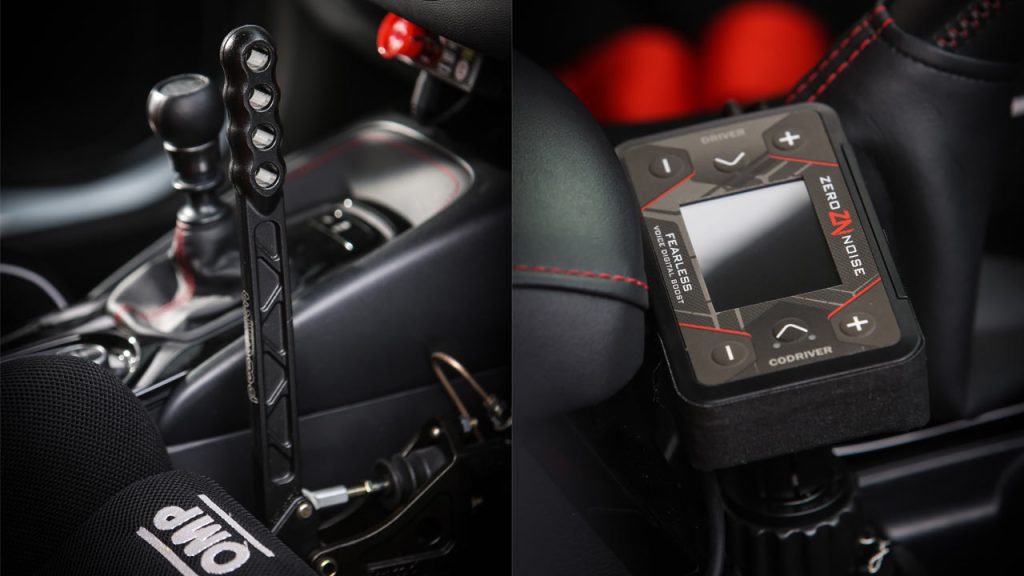 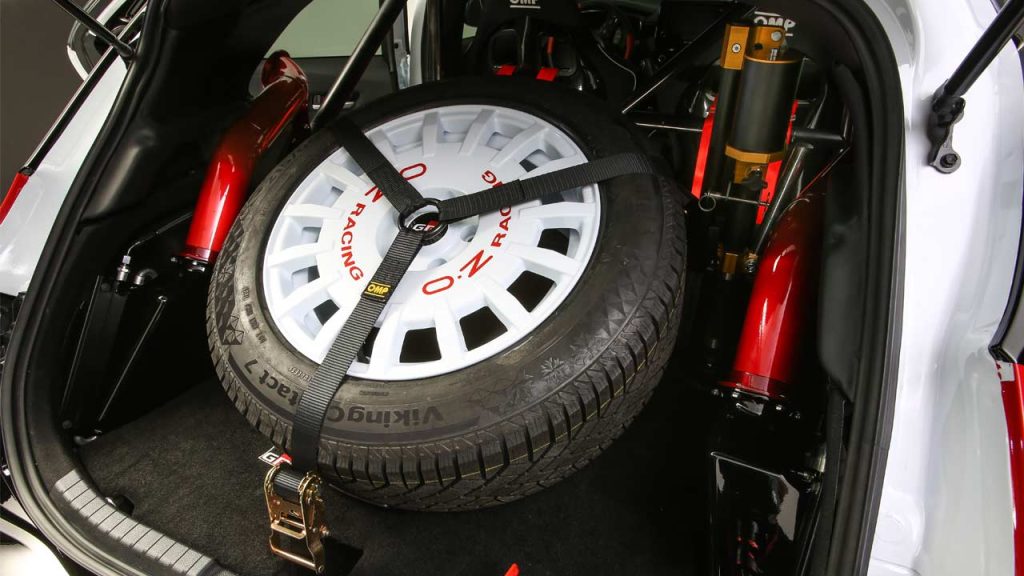 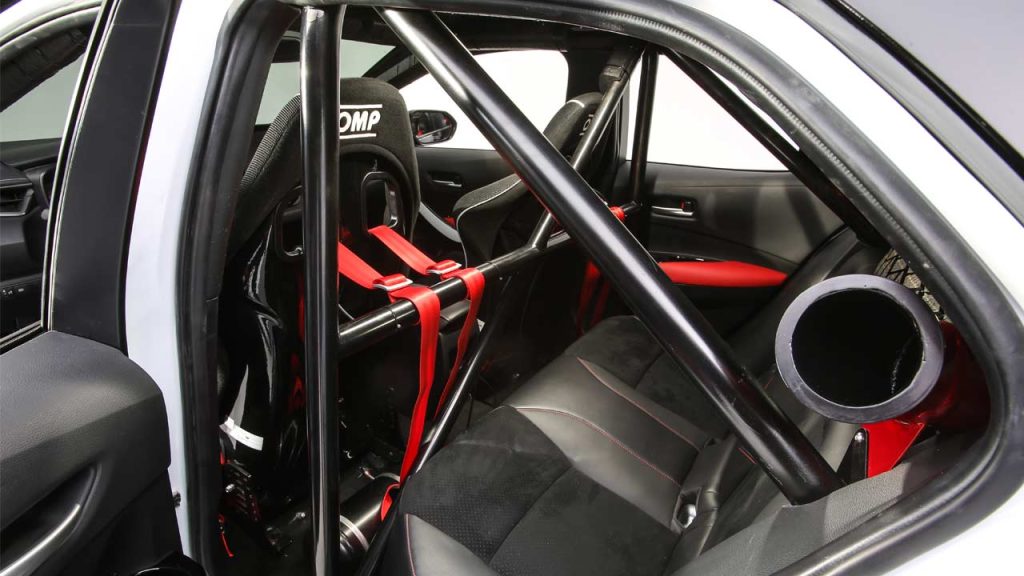 Nothing was done to the stock G16E-GTS 1.6-liter, 3-cylinder turbocharged petrol engine either; it still produces the same 224 kW (304.5 metric hp) and 370 Nm (273 lb-ft) of torque. But then, the team added a MagnaFlow exhaust system and GR high-flow air filter to help optimize airflow and exhaust performance.

On the inside, you got OMP Racing seats, a steel roll cage, an OMP Racing fire suppression system, a ZeroNoise rally intercom system, and a spare tire mount and jack. With the addition of the turning brake system, the team slightly relocated the standard 6-speed manual shifter for optimal driver ergonomics.