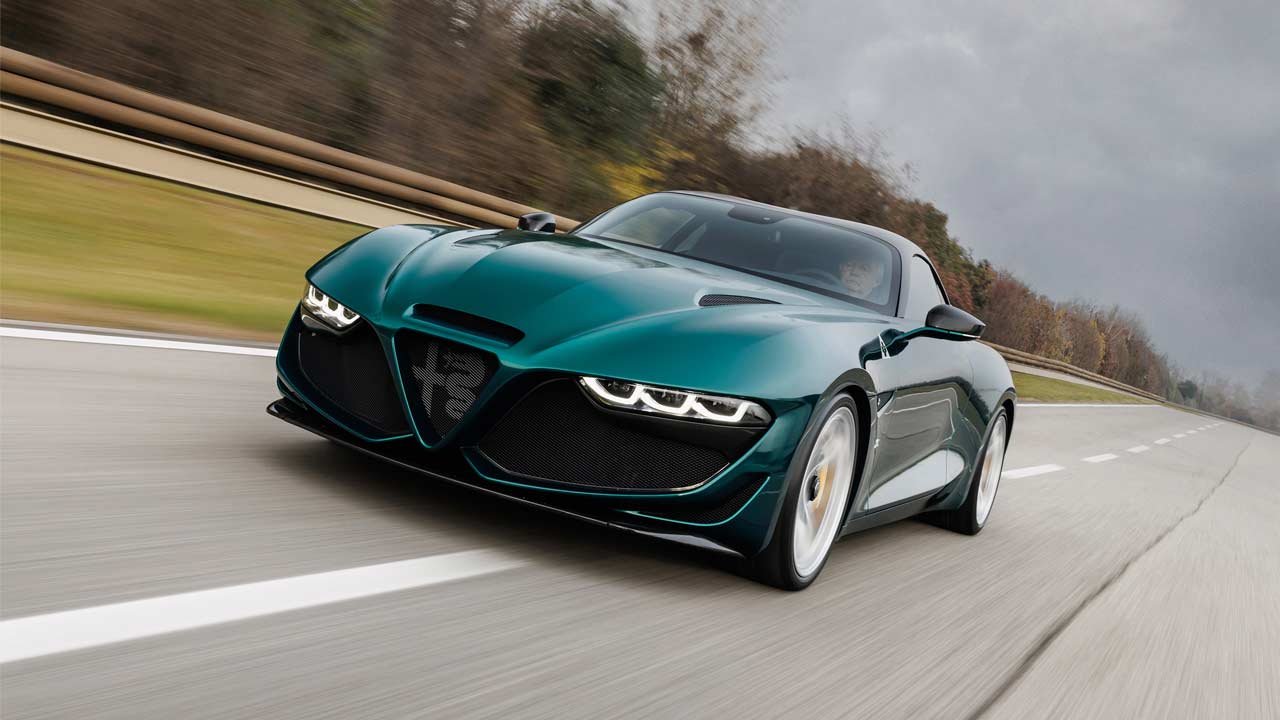 It all began when Alfa Romeo and Zagato started thinking about building a new model in 2021 as part of the centenary celebrations of the duo’s collaboration which dates back to 1921. The idea was to carve out a short wheelbase two-door Zagato coupe with full carbon fibre body, powered by the GTAm‘s V6 biturbo. The project piqued the interest of a German collector who owns many Alfa Romeos in his garage including a rare Alfa Romeo 8C Competizione and the Alfa Romeo SZ (1990). 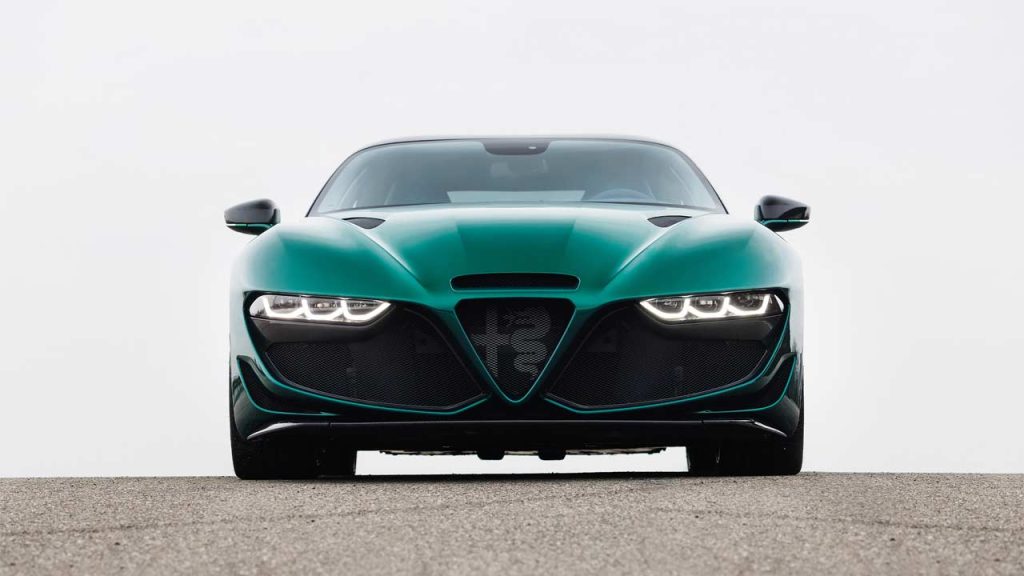 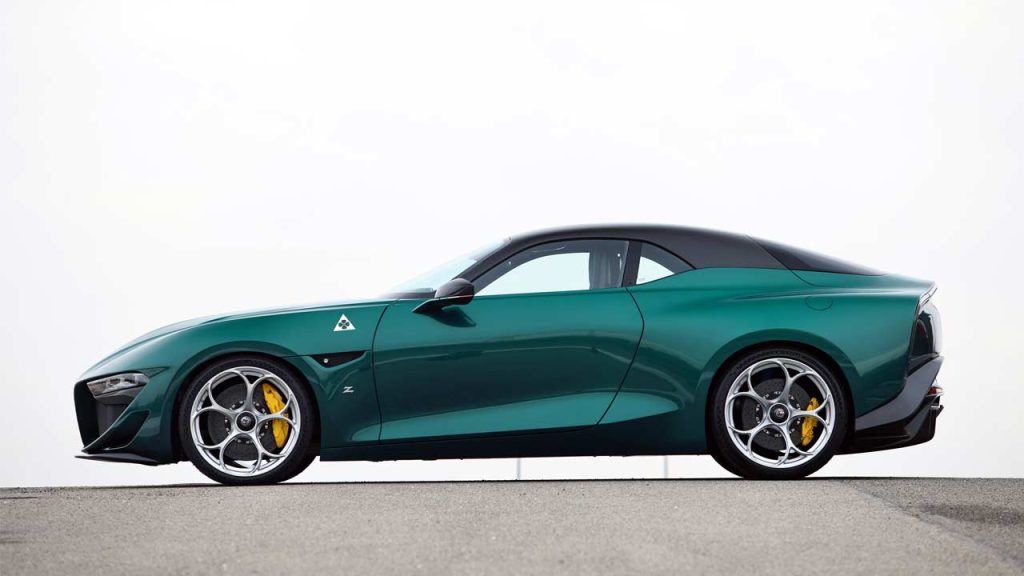 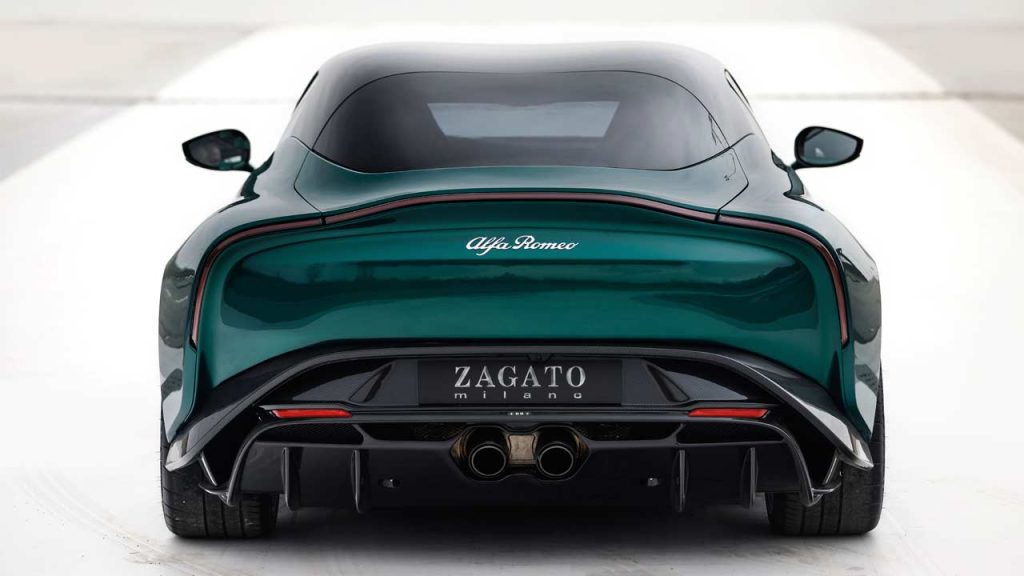 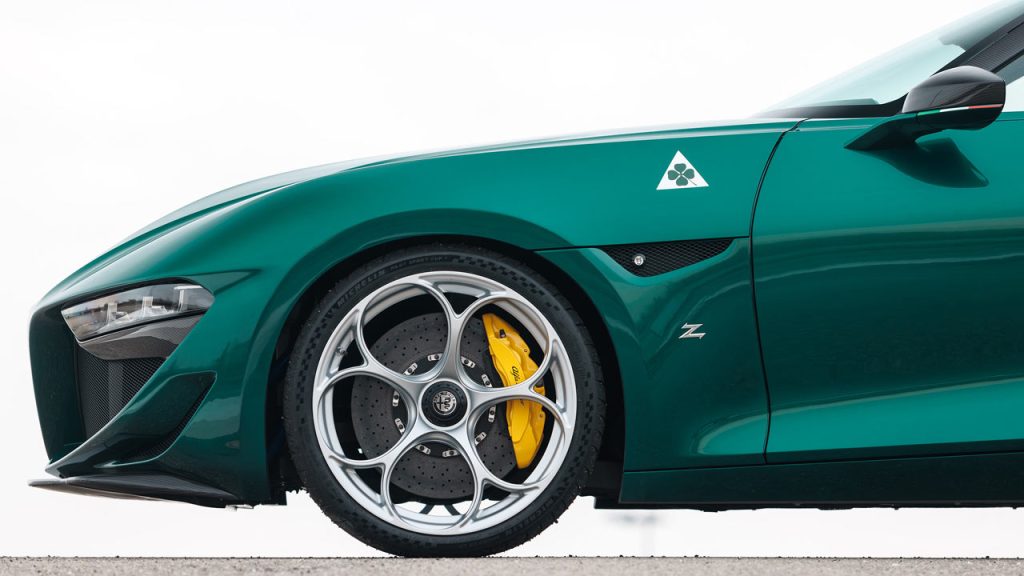 Which means the Alfa Romeo Giulia SWB Zagato we are seeing here, has also joined his garage as a bespoke, one-off model. A Giulia Quadrifoglio forms the base of this one-off project, but as you can probably see, there’s no resemblance to its donor car whatsoever, and that’s the idea—to create a “new model” out of existing Alfa Romeos. 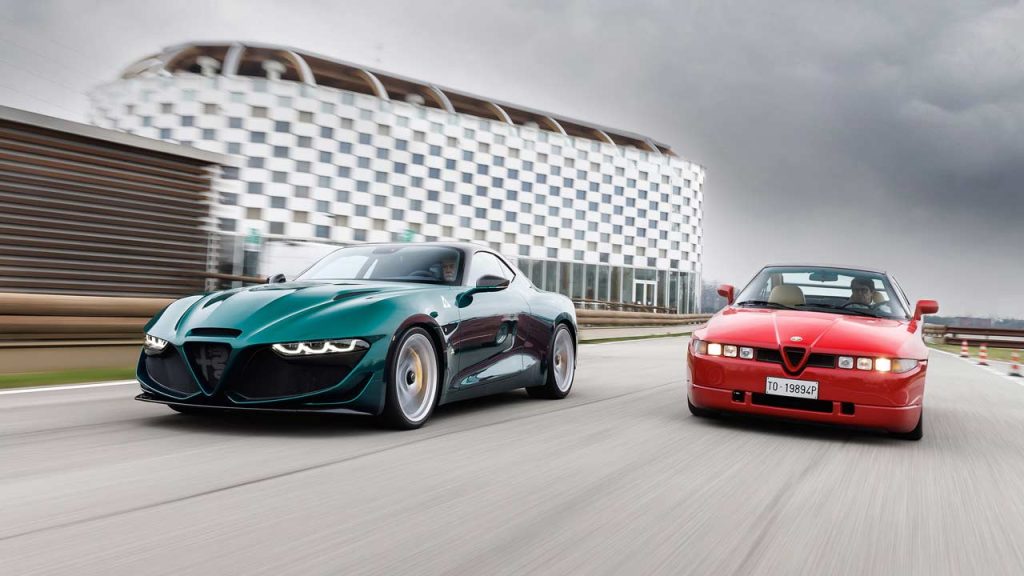 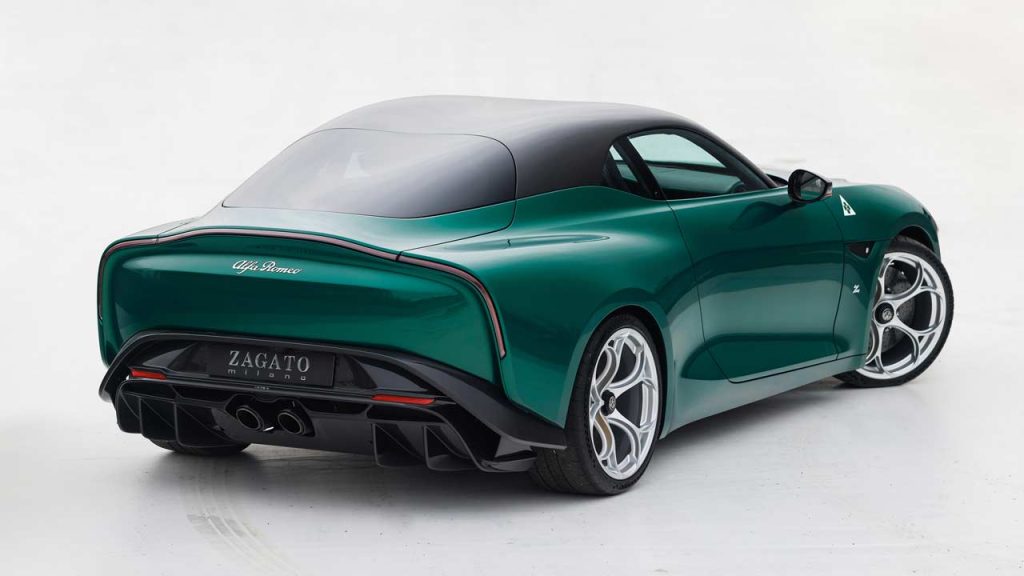 The Giulia SWB Zagato is a modern take on the aforementioned SZ from the ’90s. While its front-end looks like some new Alfa Romeo concept, the rear-end reminds us of cars such as Volkswagen XL1, Porsche 904 Living Legend and Mercedes Vision EQXX. Alfa Romeo design boss Alejandro Mesonero calls the rear end a ‘truncated tail’. 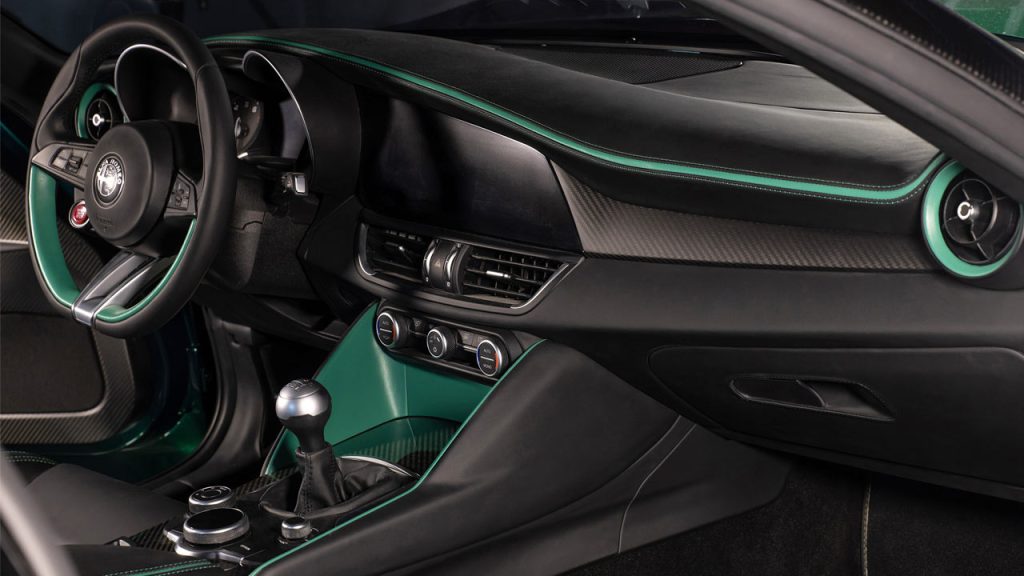 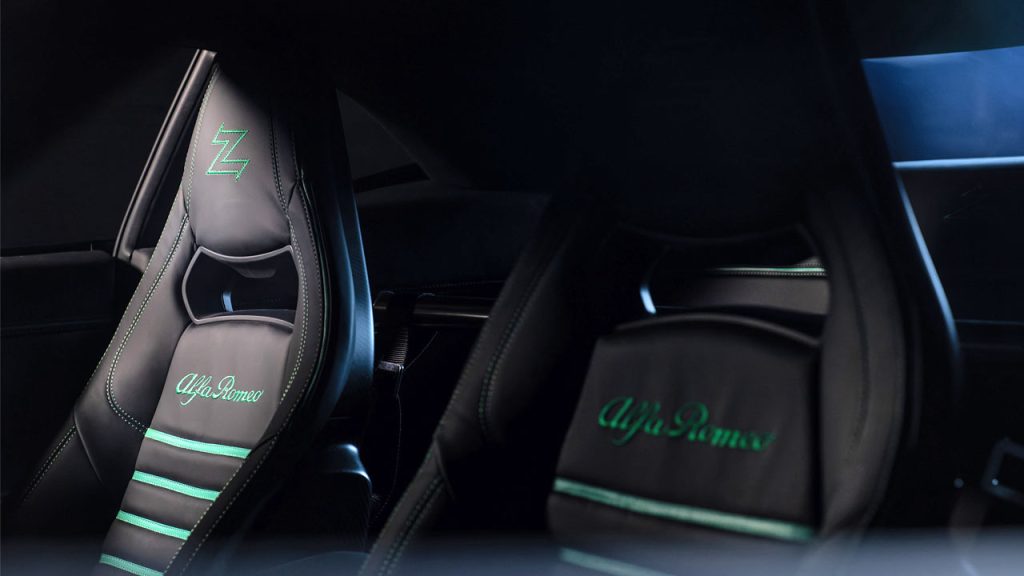 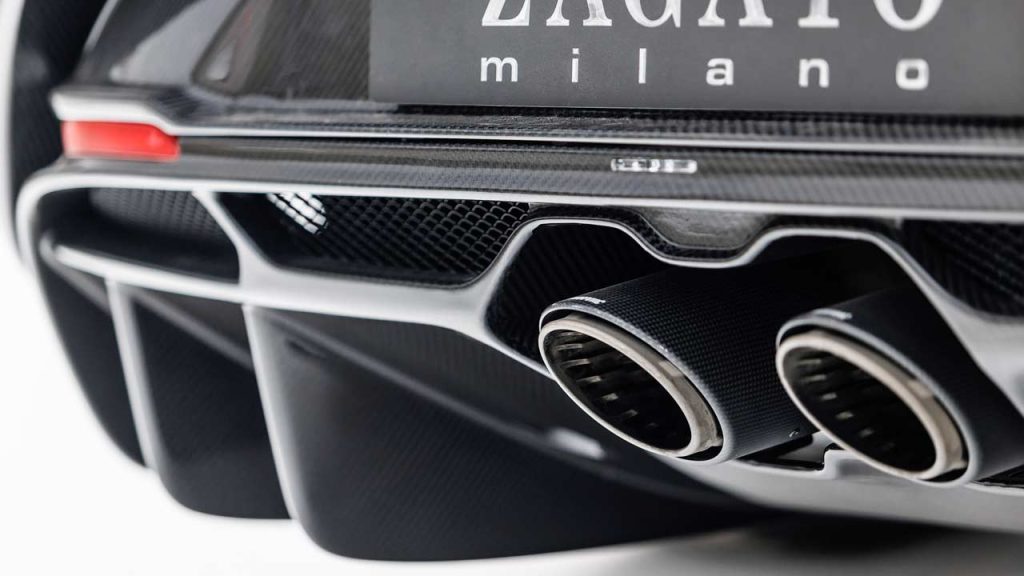 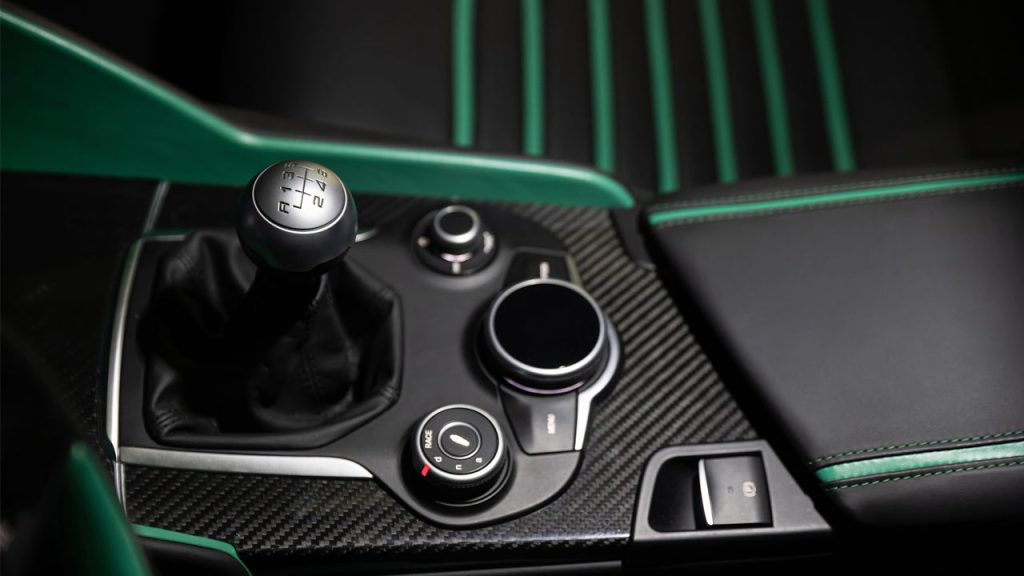 The cockpit looks similar to that of the Giulia GTAm—except for those green accents to match the exterior paint. While the GTAm’s 2.9L V6 biturbo engine is coupled with an 8-speed ZF automatic gearbox, here in the one-off, it is married to a 6-speed manual, making it extra special.