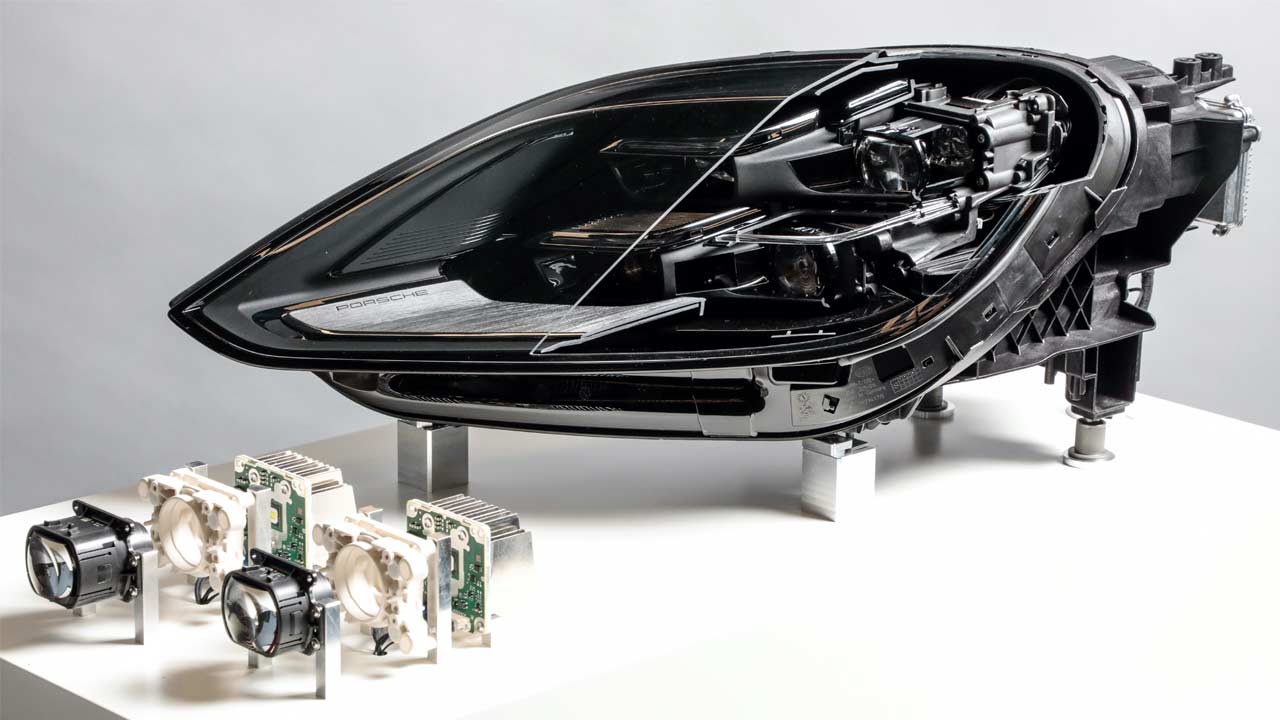 Just like the automobile itself, the automotive headlights had humble beginnings. In the 19th century, they simply were fancy containers that carried candles. But now, they’re not just small bulbs connected to a 12-volt battery; they require a whole system of electronics in order to function. In the luxury segment, the headlights have become computers; they can control the amount of light and the direction of light depending on the conditions. They’ve evolved into a complicated system of countless, hard-to-understand parts. But I guess that’s what the high-tech and luxury are all about; I mean, why else would you pay so much for a car? The latest one to join that list of high-tech headlights is Porsche’s HD-Matrix LED Headlights. 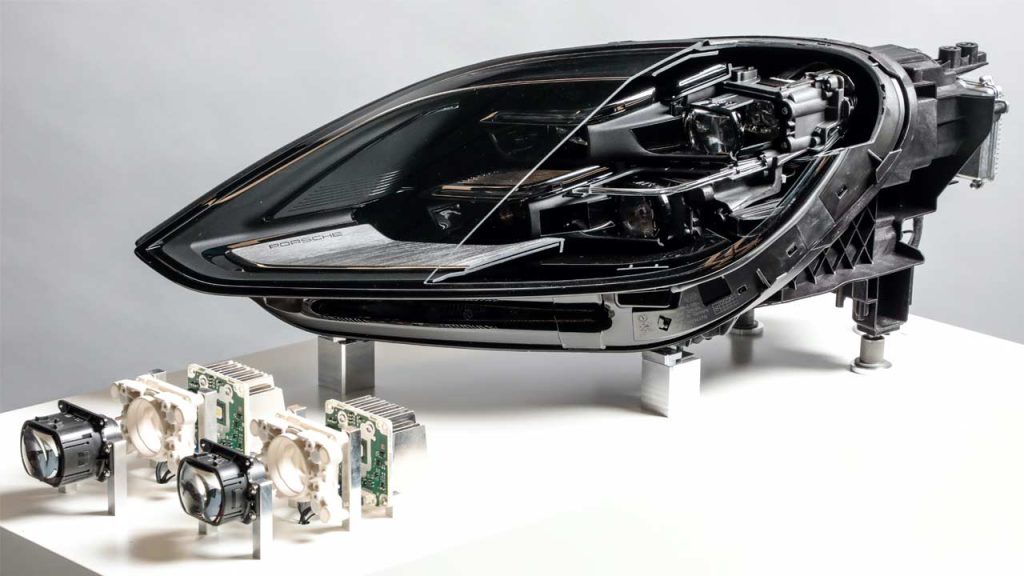 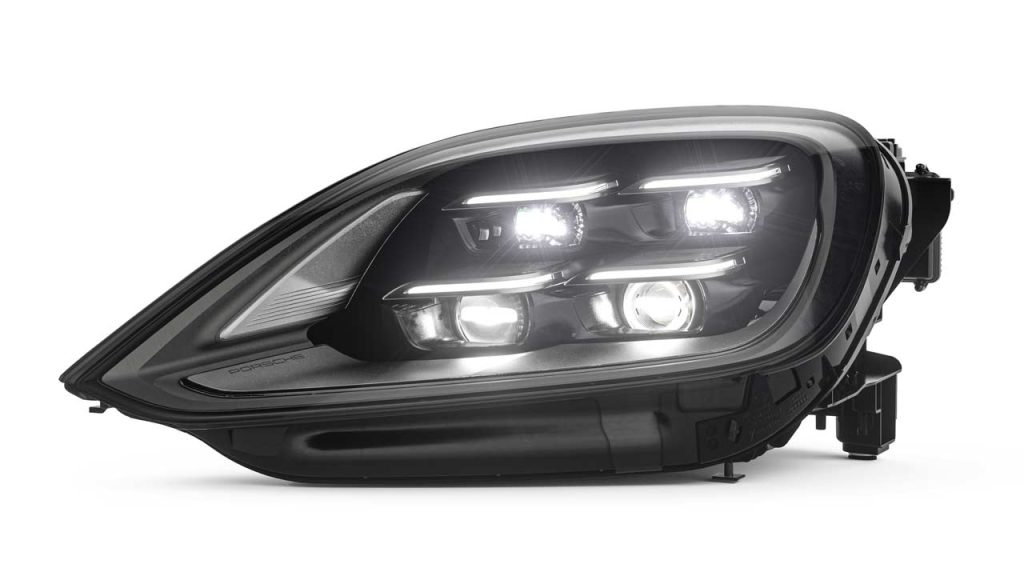 The new headlight maintains that Porsche-typical four-pod design; two of which are new HD matrix modules and the other two are bi-functional modules for courtesy lighting and the auxiliary high beam. To compare, the previous range-topping Porsche headlight comprised four courtesy modules and a central Matrix module.

The bottom two are the new HD matrix modules. Each pod features an identical LED array with an integrated LED driver (ASIC) that generates a high-resolution luminous flux in an area of just 12.8 mm by 3.2 mm. The system controller—comparable to a powerful graphics card—not only activates but also controls the brightness of each of the 16,384 individual light-emitting diodes per array in 1,024 steps (two LED chips per module = 32,768 pixels per headlight). Each module gets a specific lens. To compare, the previous headlight was an 84-pixel system. 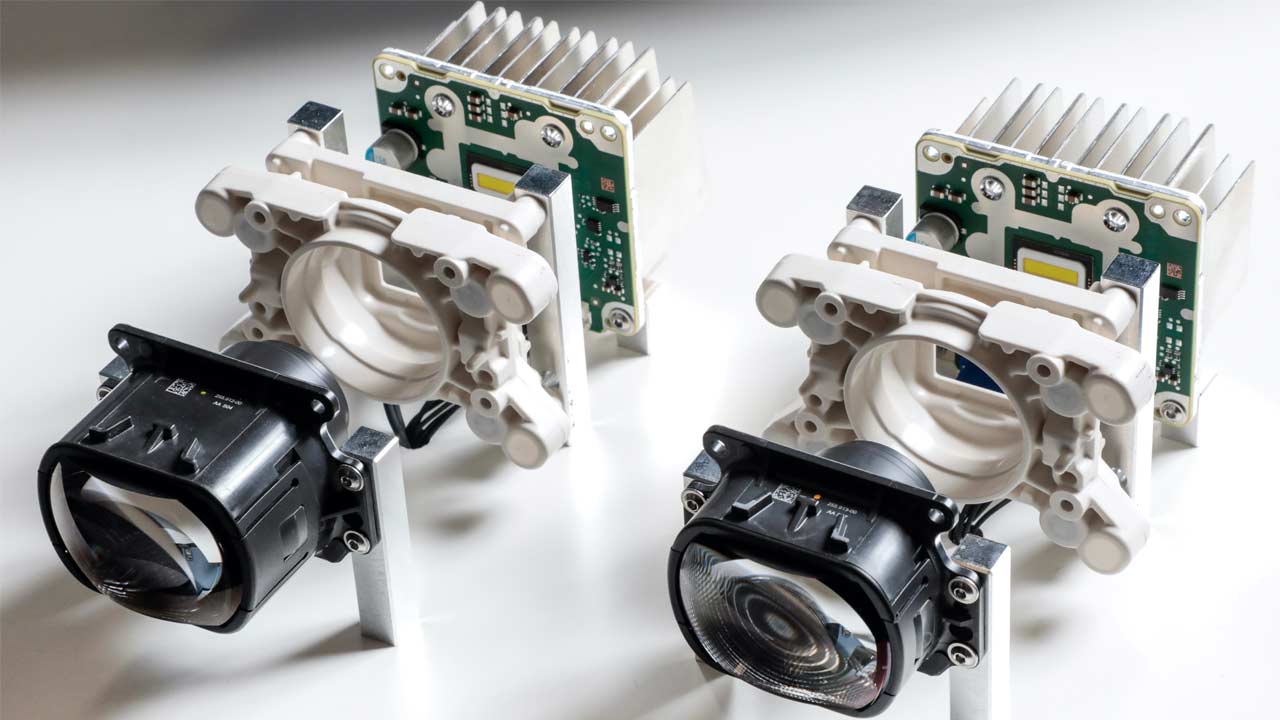 The HD matrix light illuminates the entire 40-degree horizontal and 10-degree vertical range with a luminous flux of over 1,400 lumens, thereby generating one of the largest and brightest high-resolution illumination areas.

And of course, the headlights are optimized for the safety of both the driver and other road users as well. If the system does not detect any vehicles driving ahead or oncoming vehicles, and if the automatic high beam is active, the HD matrix modules switch from dipped beam to high beam, and the auxiliary high beam of the upper bi-functional modules is automatically switched on. If the camera detects a vehicle ahead or an oncoming vehicle, the auxiliary high beam is deactivated and the vehicle is selectively masked out by switching off the corresponding pixels of the HD matrix modules. These headlights can adapt automatically depending on the road or area, including construction zones, narrow roads and motorways.