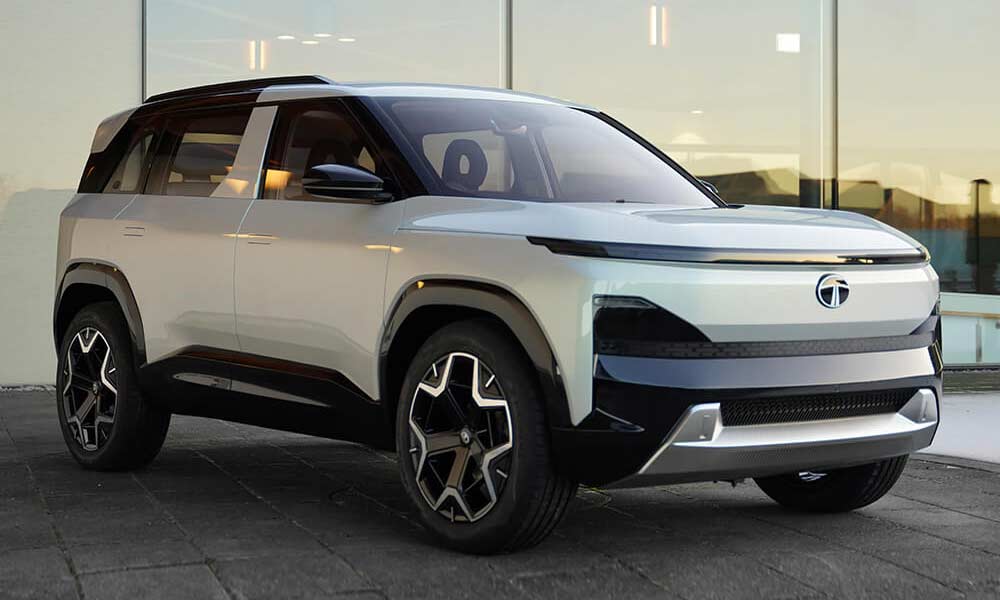 You probably remember seeing the Tata SIERRA EV concept at the 2020 Auto Expo where Tata Motors was thinking about reviving the then-popular 3-door SUV in an EV format. Well, there has been some progress and the company is showcasing a further evolved version of that concept at the 2023 Auto Expo. We are not entirely sure if we can call this a “near-production prototype”, but things seem like the SUV will go on sale in the not-too-distant future. I mean, Tata Motors is collecting registrations (kinda-like pre-sales interest) for the SIERRA EV (stylized as SIERRA.EV) on its official website. 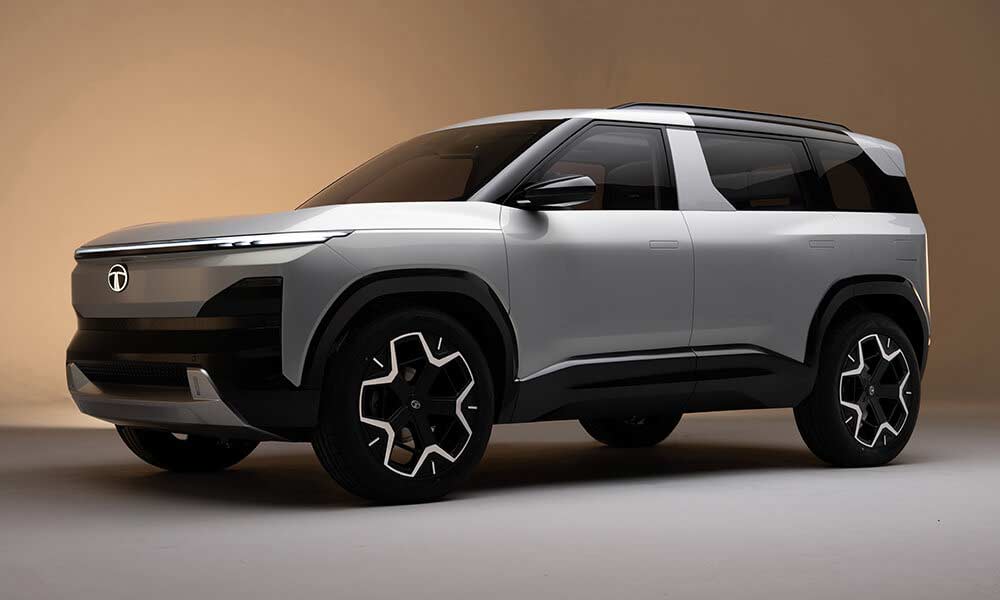 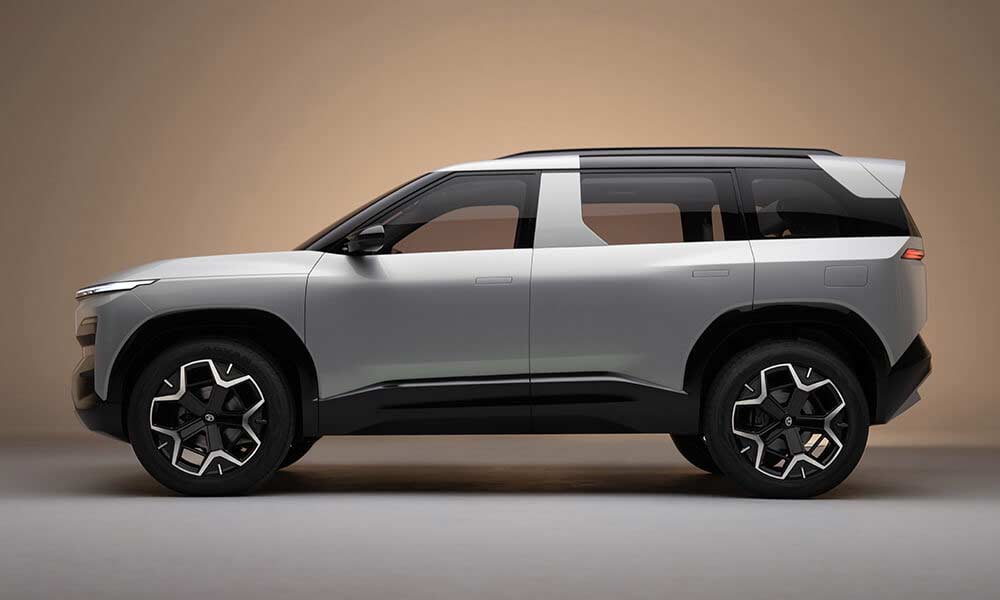 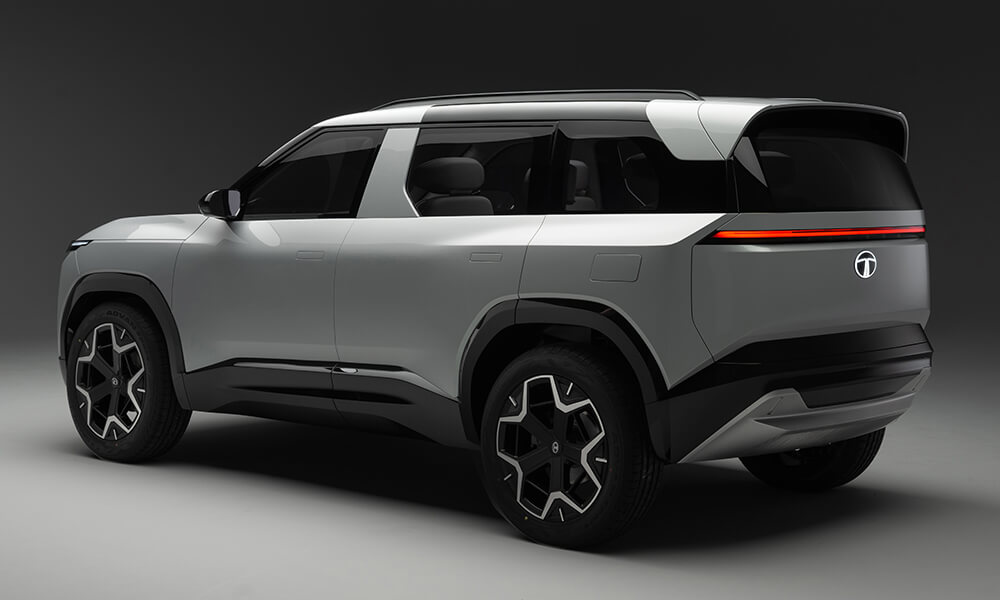 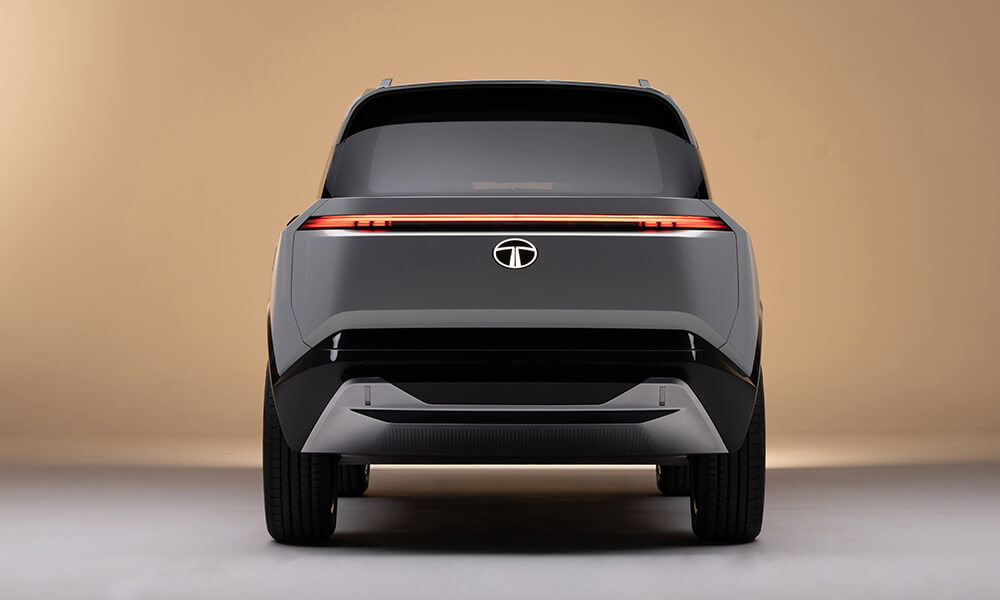 I think the designers have nailed the styling of the SIERRA EV; it does indeed look like how a futuristic iteration of the ICE-powered Sierra should look. However, notice that it has got rear side doors too, but thanks to clever design elements such as flush door handles and blacked-out C-pillars, the rear side doors are “hidden” to mimic a 3-door bodystyle. And, is it just me or do the side profile and the three-quarter angles give off Defenderish vibes? But anyway, Tata didn’t share any details on this near-production concept, so we don’t have the exact dimensions of the vehicle, but you can expect the size of the Creta-Seltos duo. 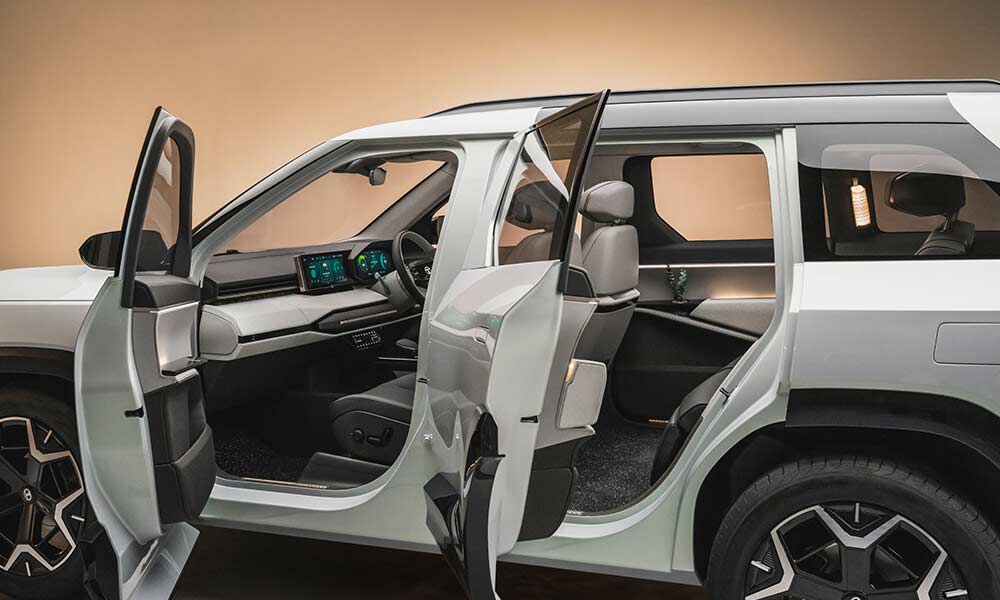 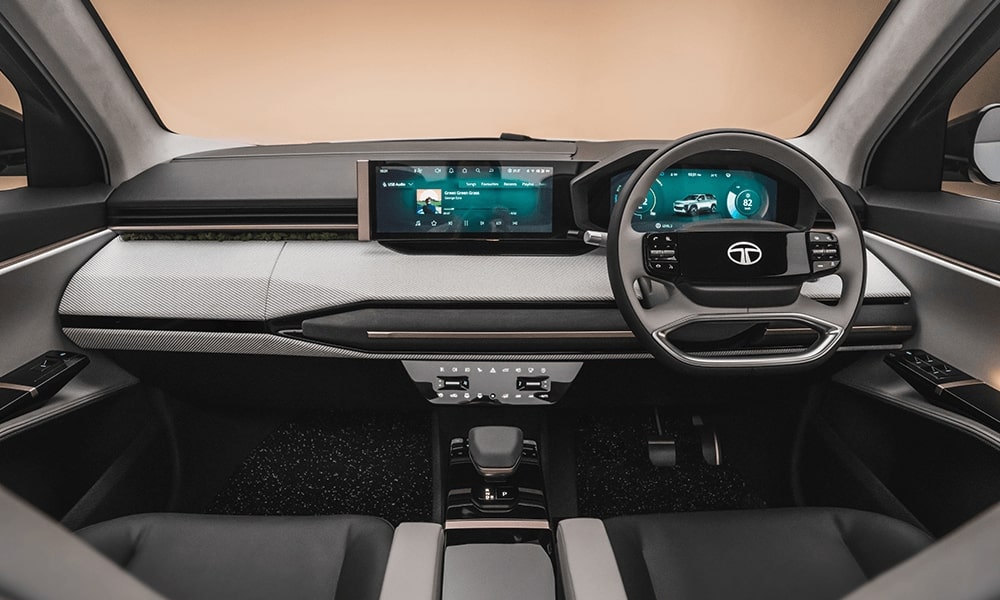 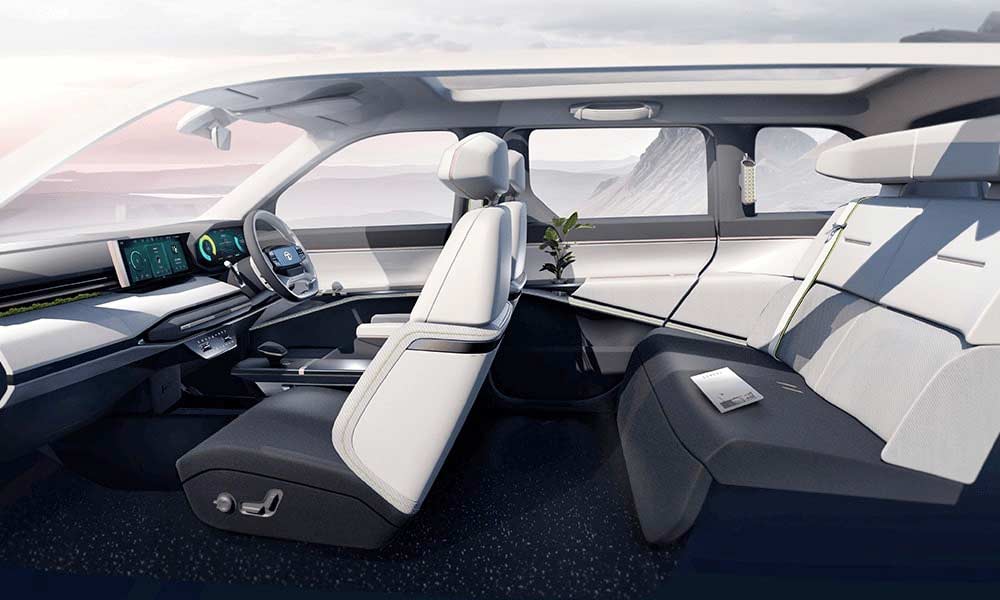 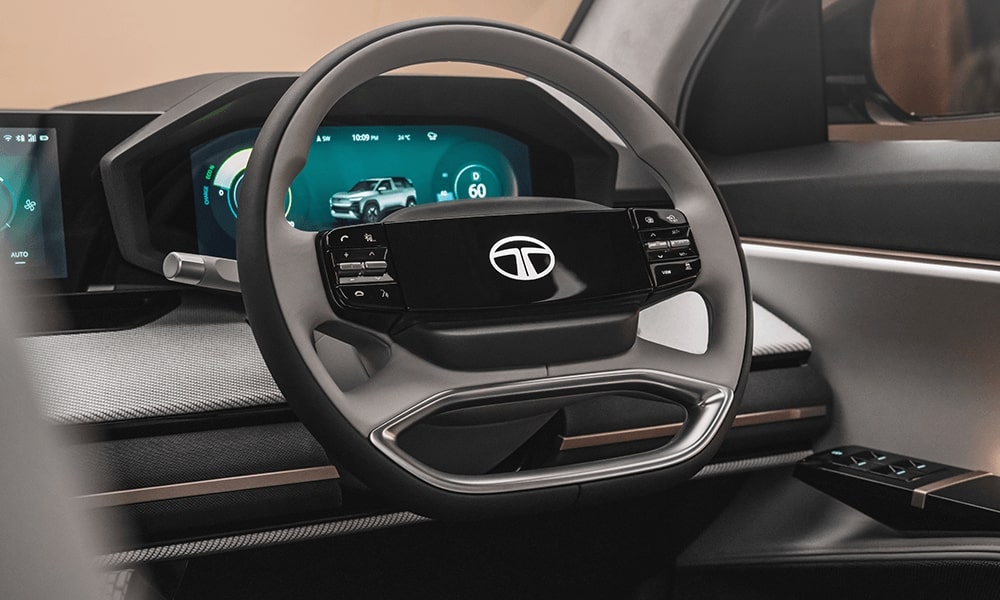 The rear side doors open in a normal way; I mean, they are not rear-hinged. And thanks to the fact that it is being developed as an EV, you can expect generous space for at least four adults. On the inside, you can notice the concept-ish elements; I mean, there’s no way the production model is gonna have those seats. However, you can expect the dashboard to be pretty much the same as you see here. There’s gonna be a fairly large touchscreen and an equally large driver display.

As mentioned, Tata didn’t share any details on the upcoming SIERRA EV, and the powertrain options remain to be seen.