Don’t let your eyes deceive you, and make you pass judgement rather quickly, thinking its just a GT S with a body kit. No. Let me explain. In Merc’s words. The GT R’s body is all about improved aerodynamics. To begin with, the drag co-efficient of the GT R has been improved even further from the GT S. The new thing here is active aerodynamics, a movable light-weight carbon flap underneath front bumper, which automatically descends at a speed of 80 km/h. This element creates Venturi effect, which reduces lift on the front axle by 50% at maximum driving speed. This also ensures agility when turning at higher speeds due to balance between lift and downforce. 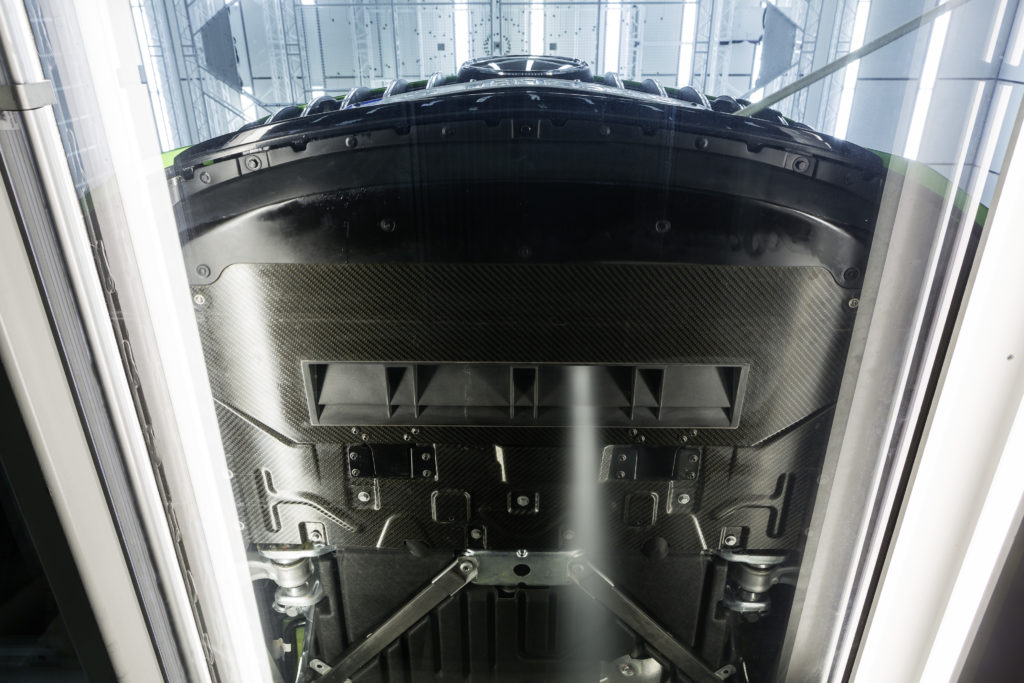 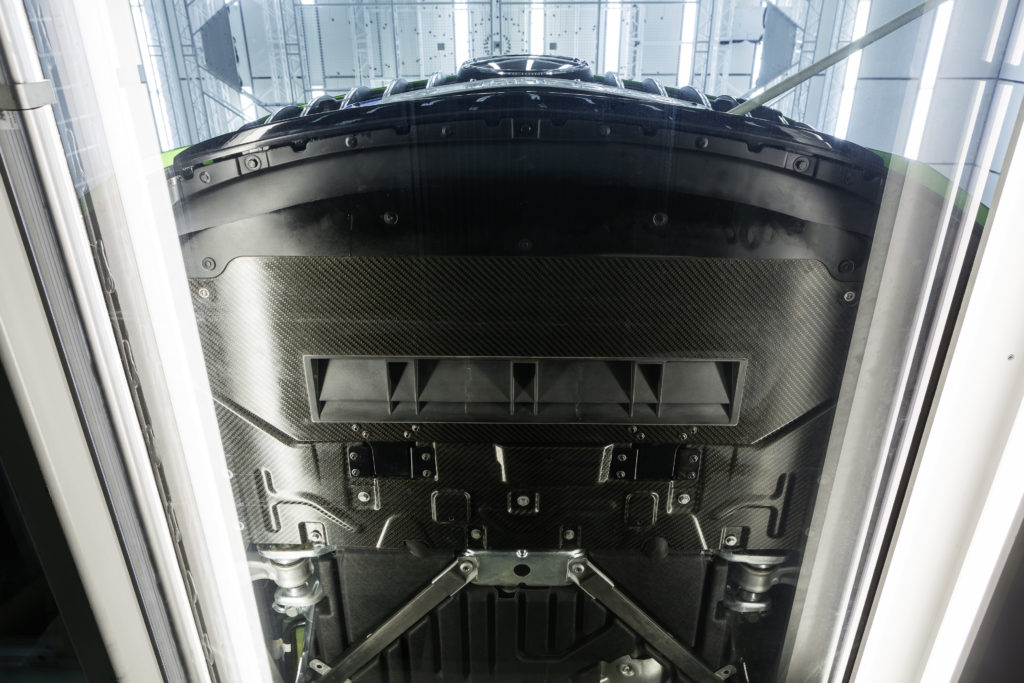 Not just that. These underbody carbon flap also directs more cold air to the brakes. Other aerodynamic measures include two vertical air curtains in the front bumper which optimize wheel arch ventilation. Merc says the double rear diffuser has been designed that way to optimize air flow, which stabilizes the rear axle. The rear wing is also adjustable to individual preferences. Another aerodynamic feat worth mentioning here is “active air control system”, a set of electronically controlled vertical levers inside the lower air intake of the bumper, which open and close within a sec. These are used to control the air flow under the vehicle. When closed, these fins reduce drag by directing the air under the body, reducing the lift on the front axle even further. Under the GT R’s bonnet sits a re-worked version of the 4.0-litre “hot inside V” twin-turbo V8, producing 585 PS and 700 Nm of torque. 75 PS and almost 50 Nm more than the GT S, thanks to a new exhaust system (6 kg lighter than the GT S) and sharper reacting turbos. All this power is transferred via 7-speed dual clutch transaxle, and features an electronic differential on the rear axle. The stability control has three settings including off, while the traction control has nine settings, adjusted via a knob in the middle of the dashboard.

The AMG GT R sports rear-wheel steering, and a double-wishbone coil-over front and rear suspension. Both the front and rear double-wishbone suspensions use forged aluminium control arms with adjustable coil-overs that still use AMG Ride Control active damping. Before hitting 100 km/h, the rear-wheel steering turns the rear wheels by about 1.5 degrees in the opposite direction of the front wheels – increasing manoeuvrability. From 100 km/h to the GT R’s top speed of 318 km/h, the wheels begin to turn the same direction as the front wheels.

Mercedes says the GT R has been extensively tested at the north loop at Nurburgring, and considers it as the birth place of the new top model in the GT family. The “Beast from the Green Hell” can be ordered from Nov 21, 2016, and will go on sale in Europe in March 2017. 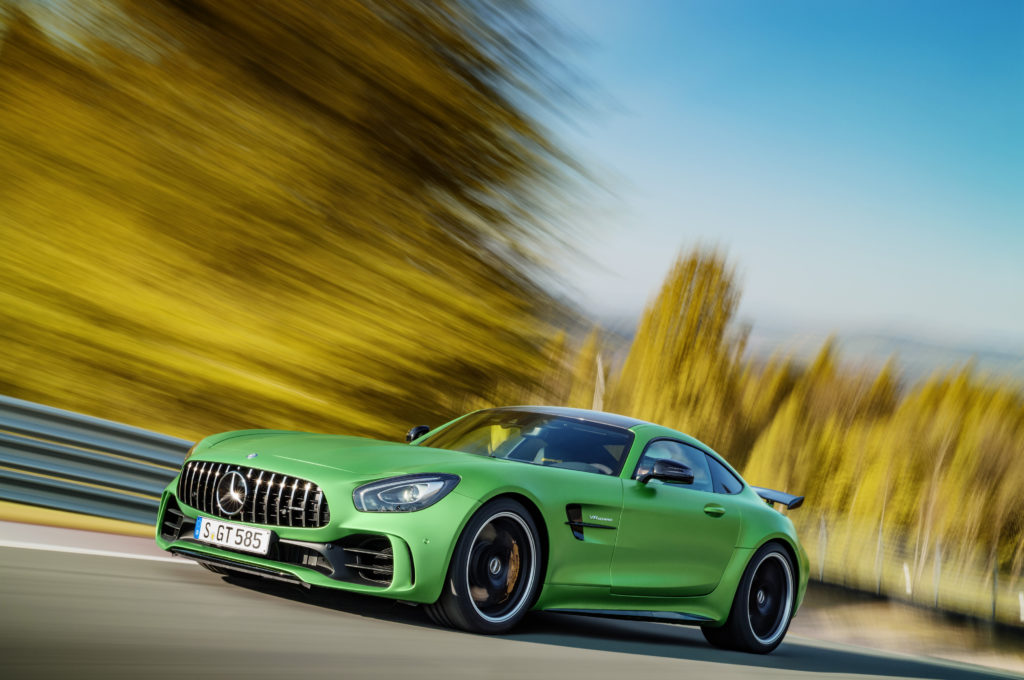 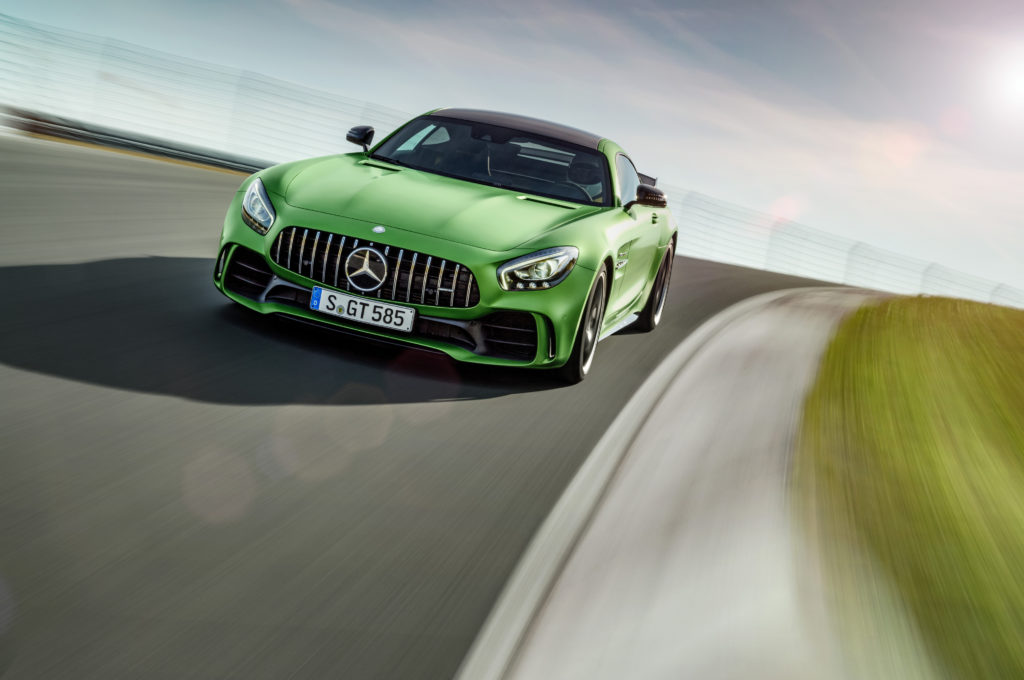 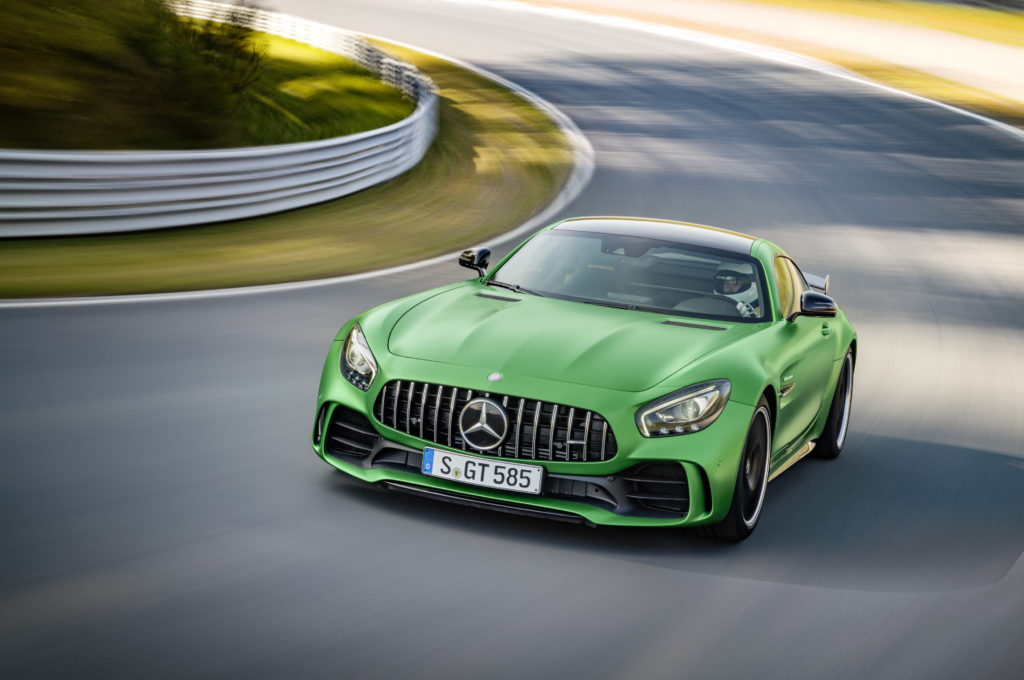 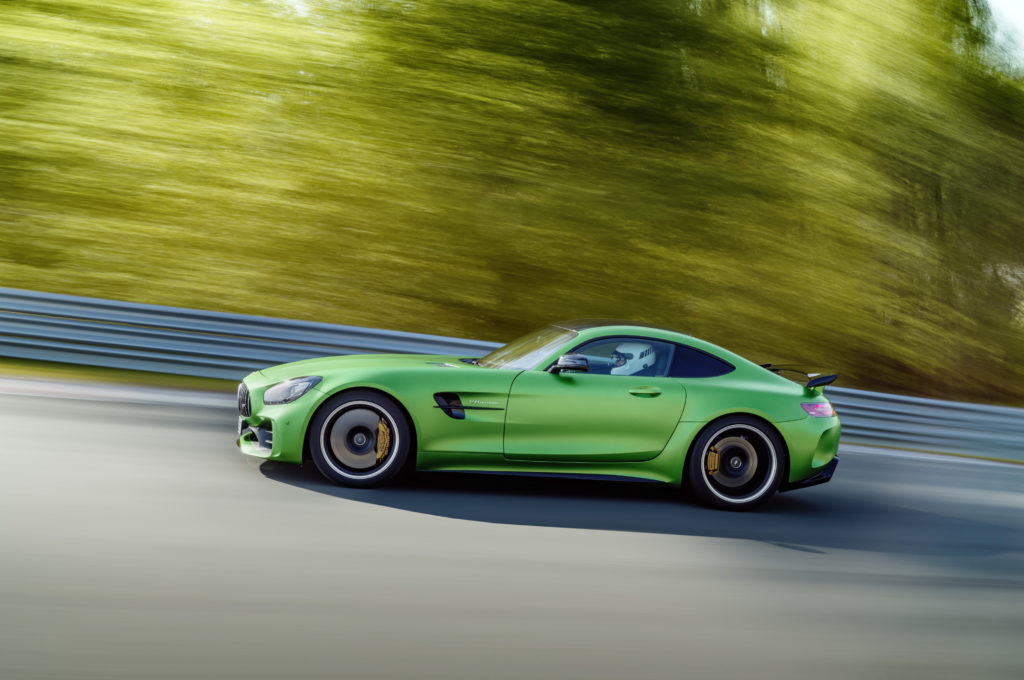 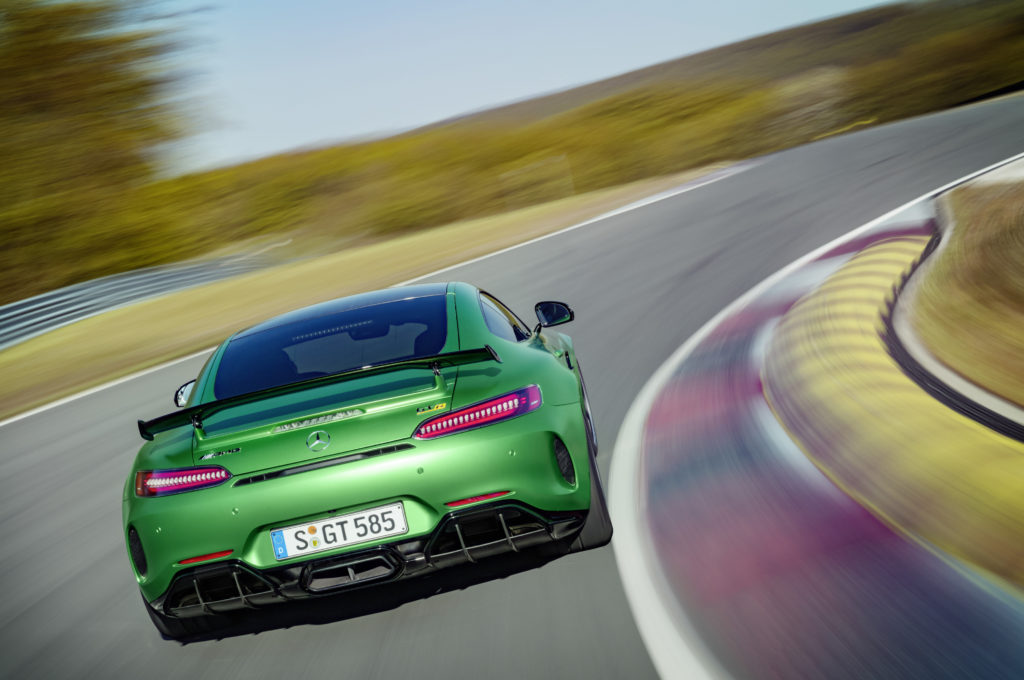 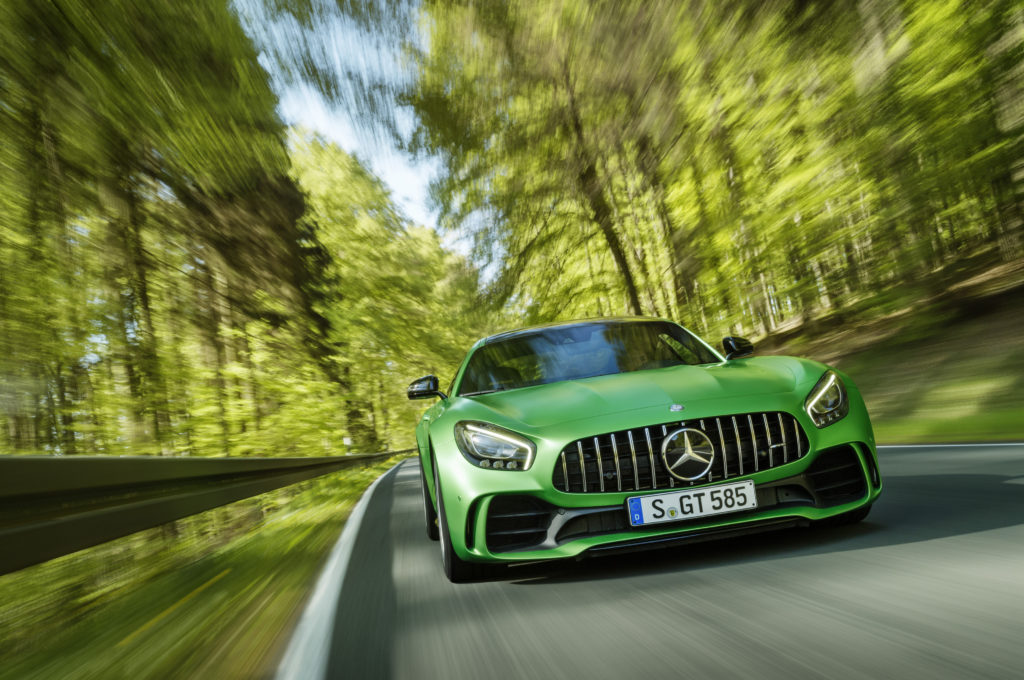 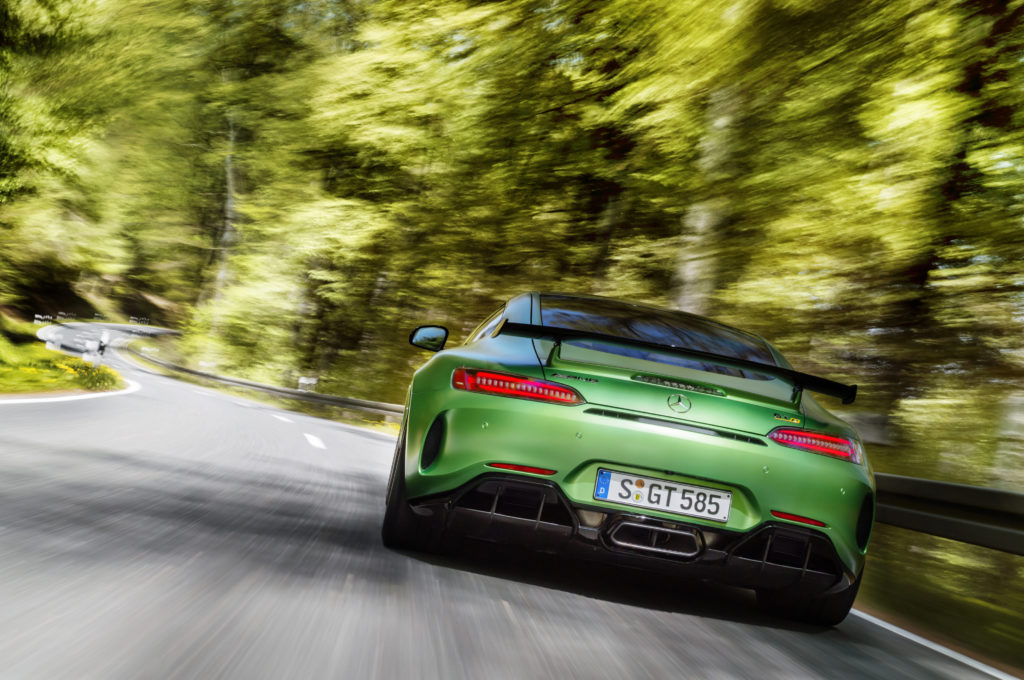 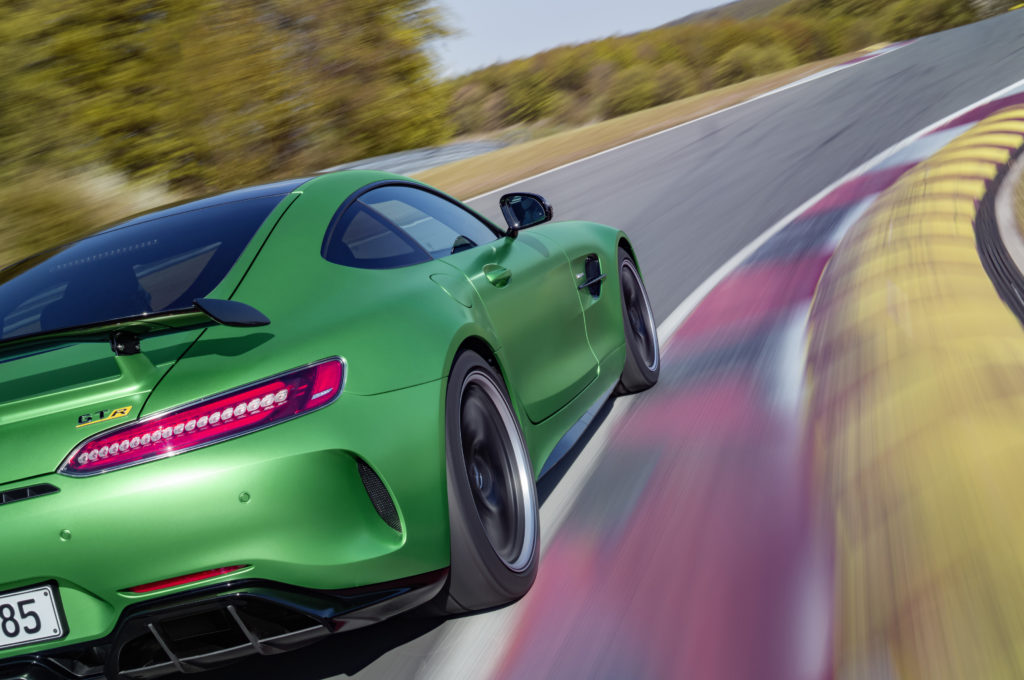 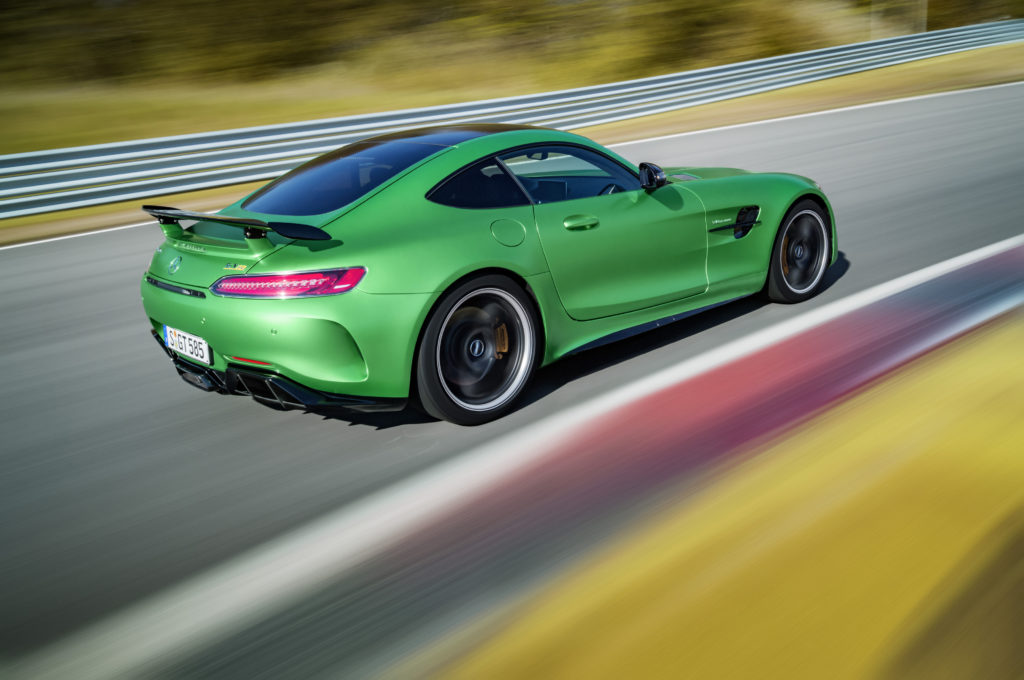 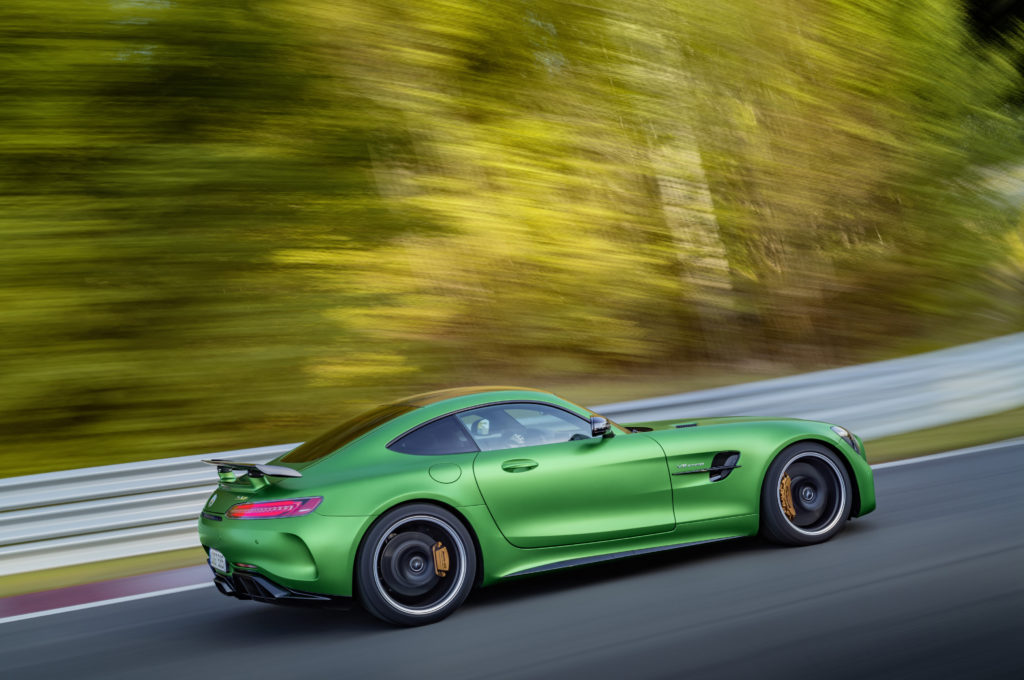 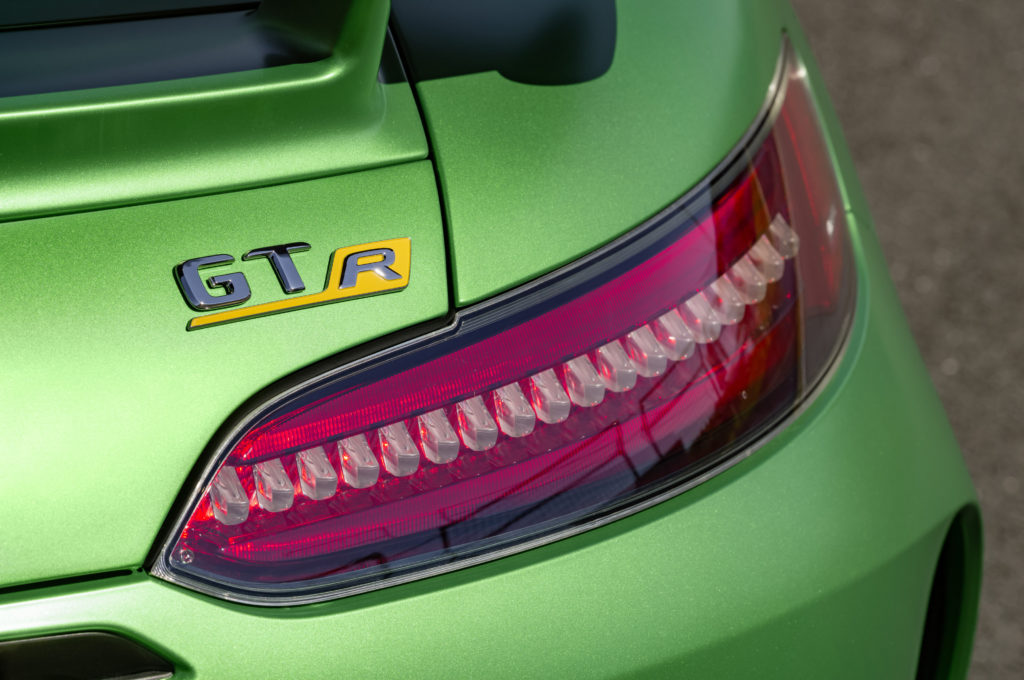 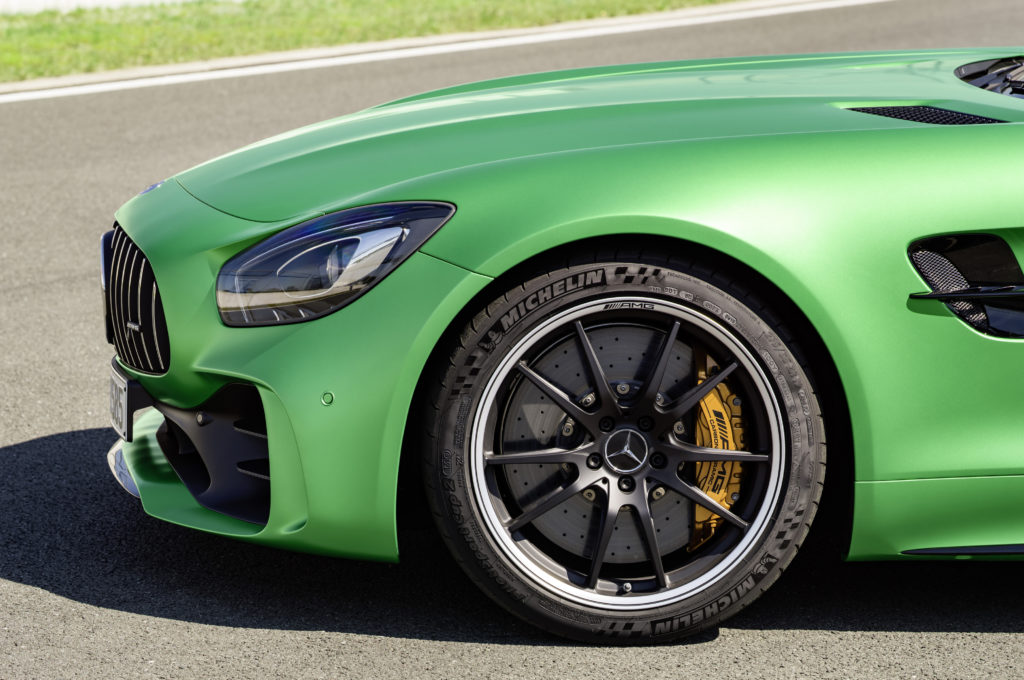 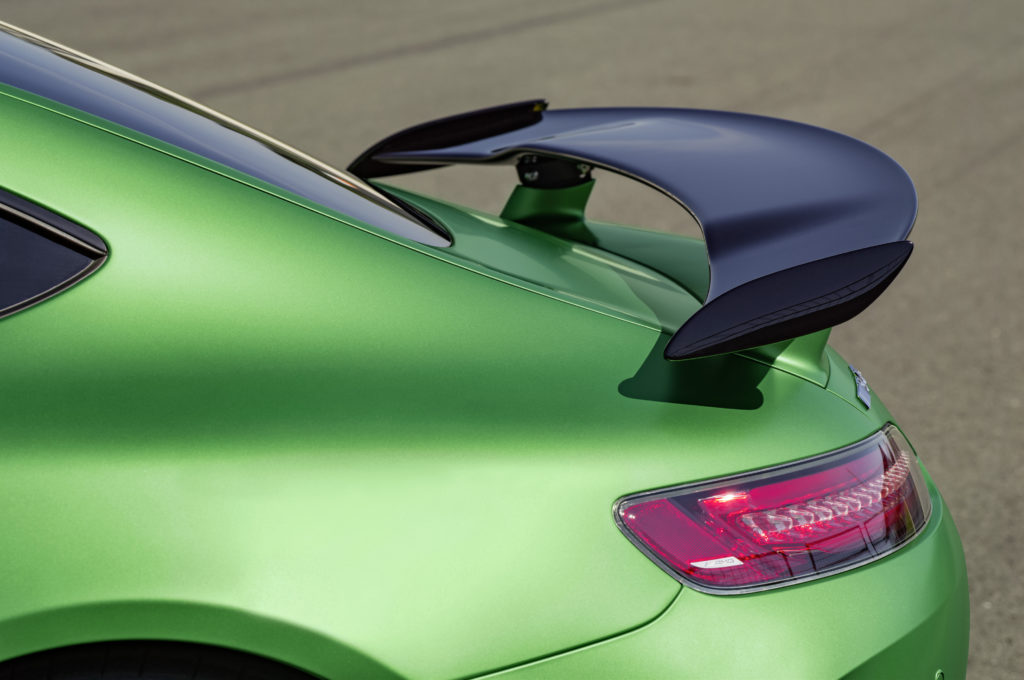 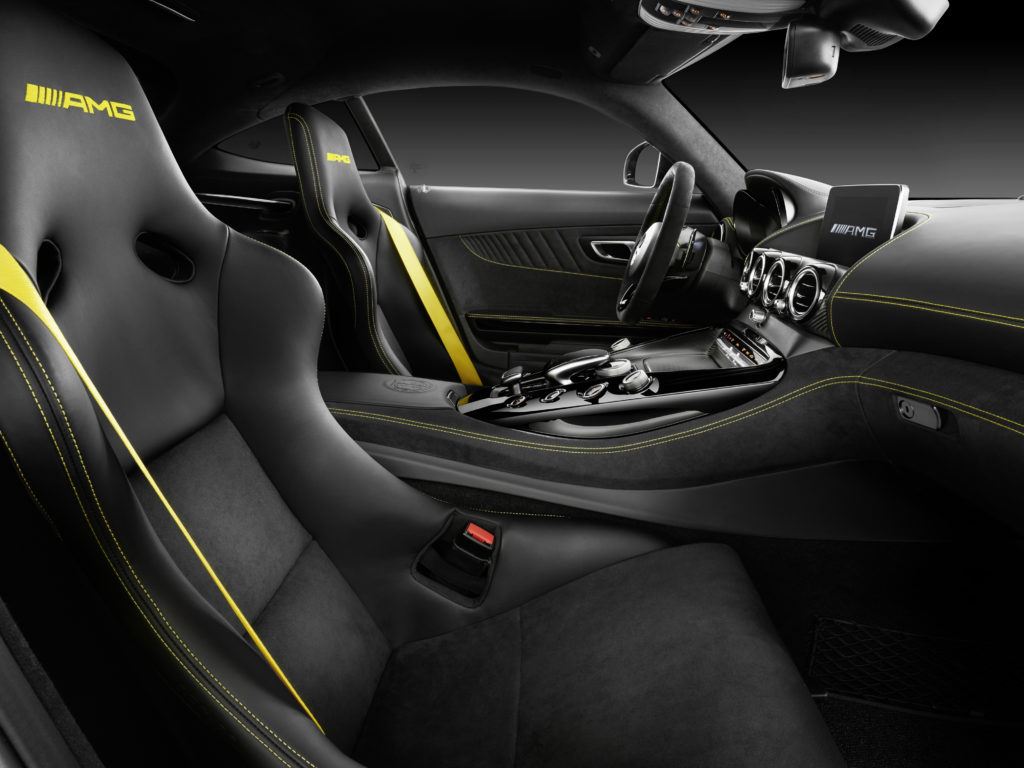 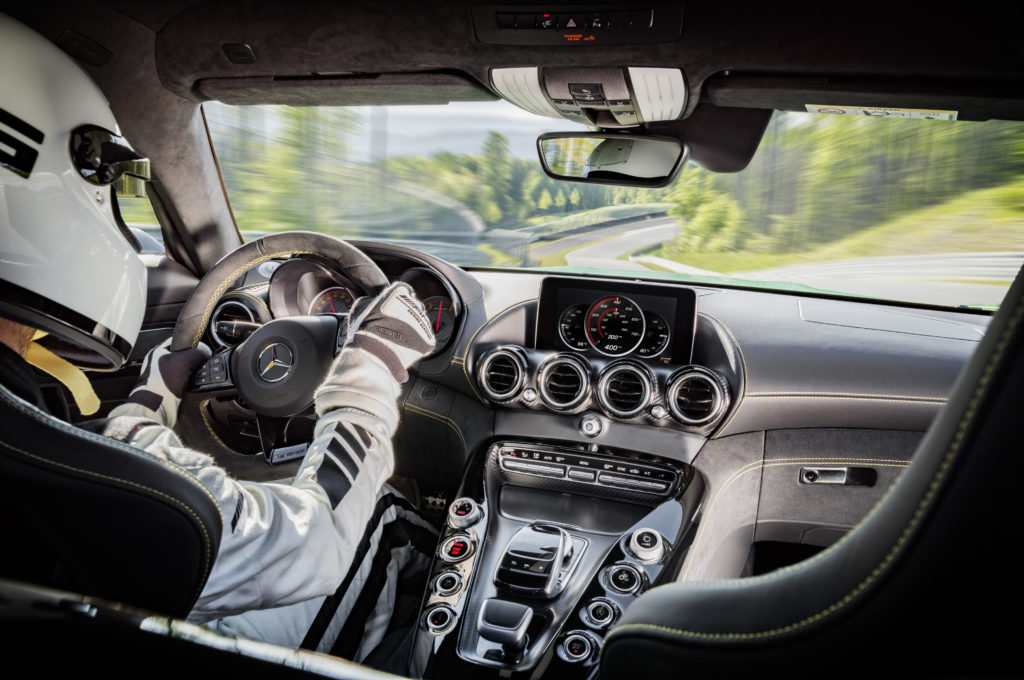