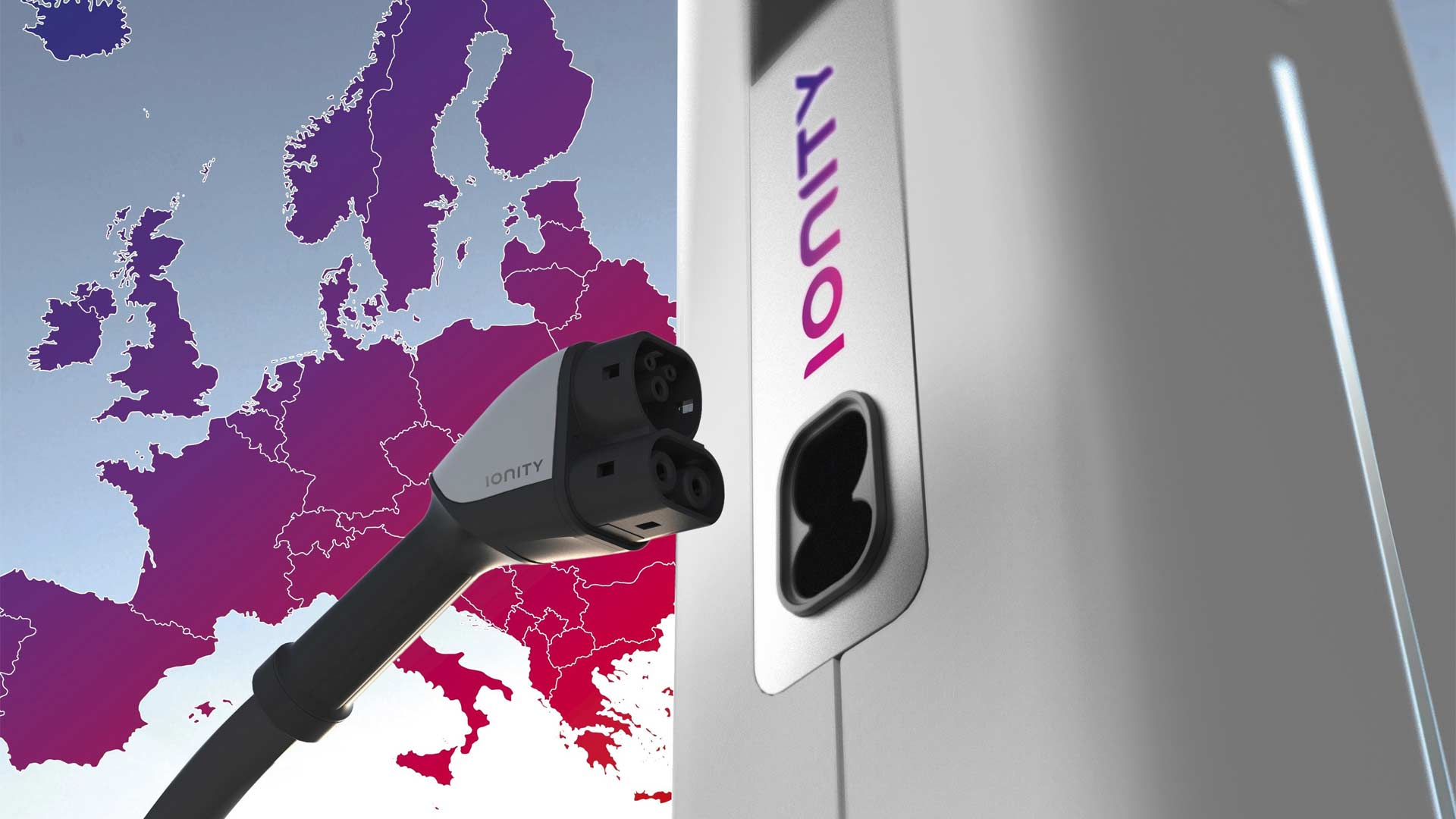 A year ago, the leading automakers — BMW, Daimler, Ford and the Volkswagen Group with Audi and Porsche had announced a high-power charging (HPC) network in Europe. Today, the JV has been given the name ‘IONITY’.

The companies announced that a total of 20 stations will be opened to the public this year, located on major roads in Germany, Norway and Austria, at intervals of 120 km (75 mi), through partnerships with Tank & Rast, Circle K and OMV. Through 2018, the network will expand to more than 100 stations, each one enabling multiple customers, driving different manufacturer cars, to charge their vehicles simultaneously.

The companies plan to launch approximately 400 HPC stations by 2020. The joint venture is led by CEO Michael Hajesch and COO Marcus Groll, with a growing team, expected to expand to 50 by early 2018.

With a capacity of up to 350 kW per charging point, the network will use the European charging standard Combined Charging System to significantly reduce charging times compared to existing systems. The brand-agnostic approach and Europe-wide distribution are expected to help make electrified vehicles more appealing.

The JV said, choosing the best locations takes into account of a potential integration with existing charging technologies and IONITY is negotiating with existing infrastructure initiatives, including those supported by the participating companies as well as political institutions. The investment underlines the commitment that the participating manufacturers are making in electric vehicles and relies on international co-operation across the industry.

The founding partners, BMW Group, Daimler, Ford and the Volkswagen Group, have equal shares in the joint venture, while other automotive manufacturers are invited to help expand the network.