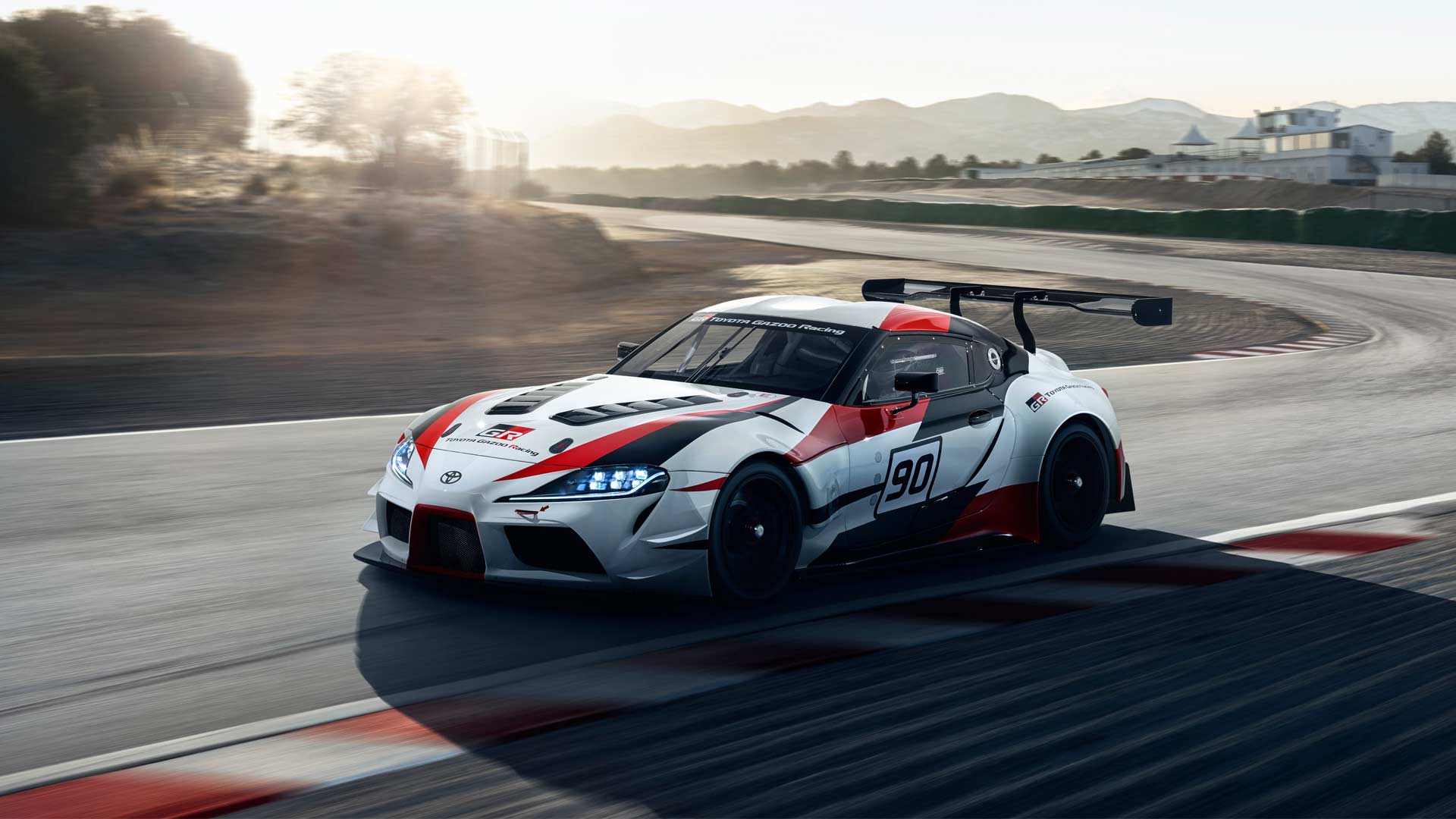 The revival of the iconic name ‘Supra’ was confirmed when the Japanese auto major’s trademark filing in Europe was discovered back in 2016. Now it is here, in a racing concept form.

Toyota said that the GR Supra Racing Concept has a front-engine/rear-wheel drive configuration and makes use of advanced lightweight materials in its construction, and is created by Toyota’s racing division, the Gazoo Racing. The large “90” race number on its doors is a historical reference to Supra’s codename and a big visual clue to the fact that this concept heralds Supra’s return in a fifth generation. 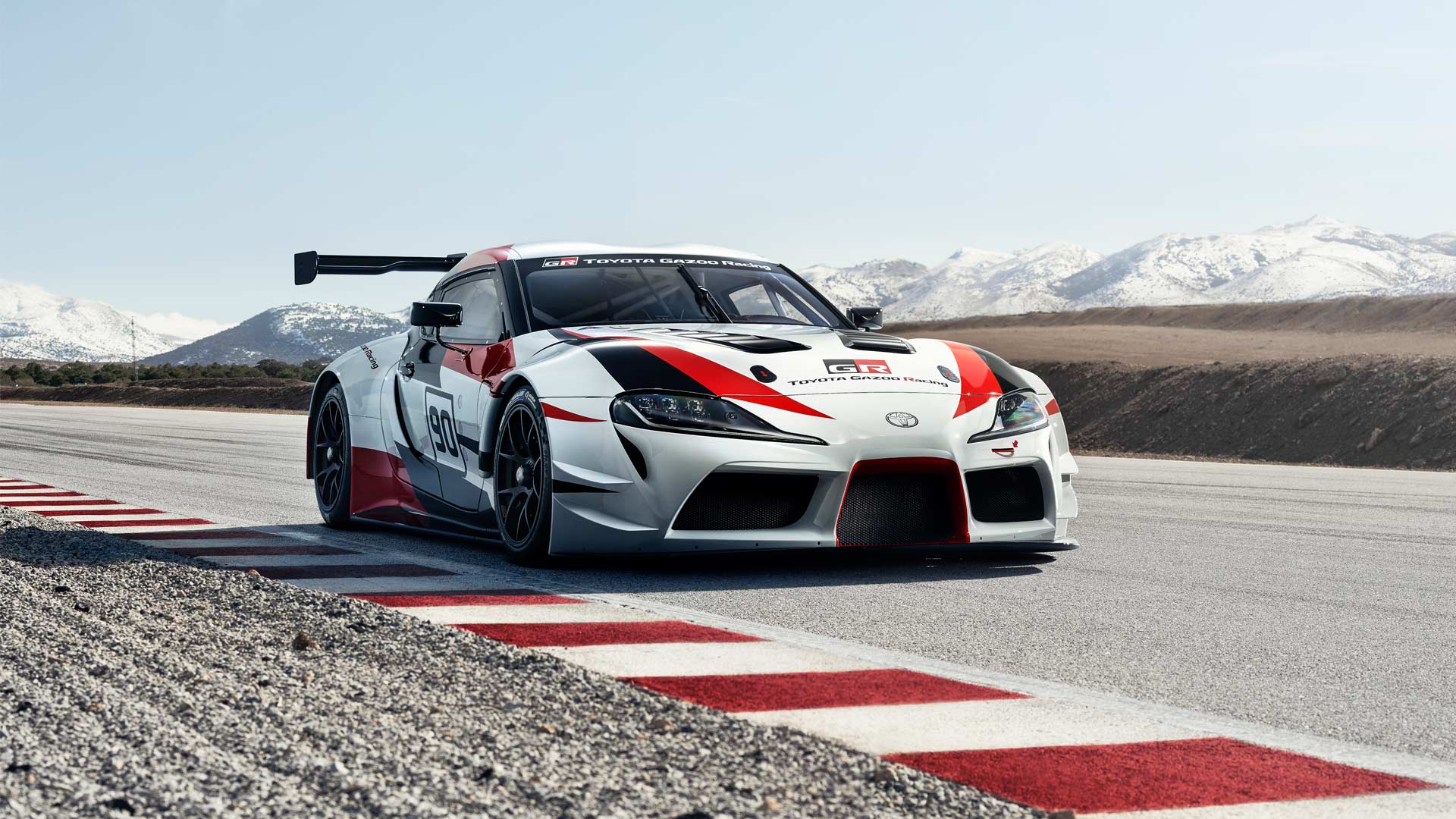 As for the design, the GR Supra Racing Concept takes the cues from the FT-1 Concept. It has a dramatic bodywork that includes a large rear wing. It makes extensive use of strong but lightweight composite material for elements such as the wide front and rear bumpers, front splitter and rear diffuser, side skirts, door mirror housings and the rear wing, the company said. The hood is crafted from the same material and features louvred air inlets. The windscreen and side windows are made of plastic. The cabin is entirely competition-focused and is fitted with a racing dashboard and OMP driver’s seat and safety harness. OMP has also supplied the quick-release steering wheel, mounted on a racing column and equipped with a paddle shift system. The doors are lined with carbon fibre panels and the dashboard includes a racing display.

Safety requirements are met by a full roll cage and fire extinguishers, and the fuel and brake lines, pedal box, battery and wiring looms are all designed to competition standard, the company said.

The GR Supra Racing Concept will be featured in a new update of the Gran Turismo Sport video game scheduled for release in April 2018. 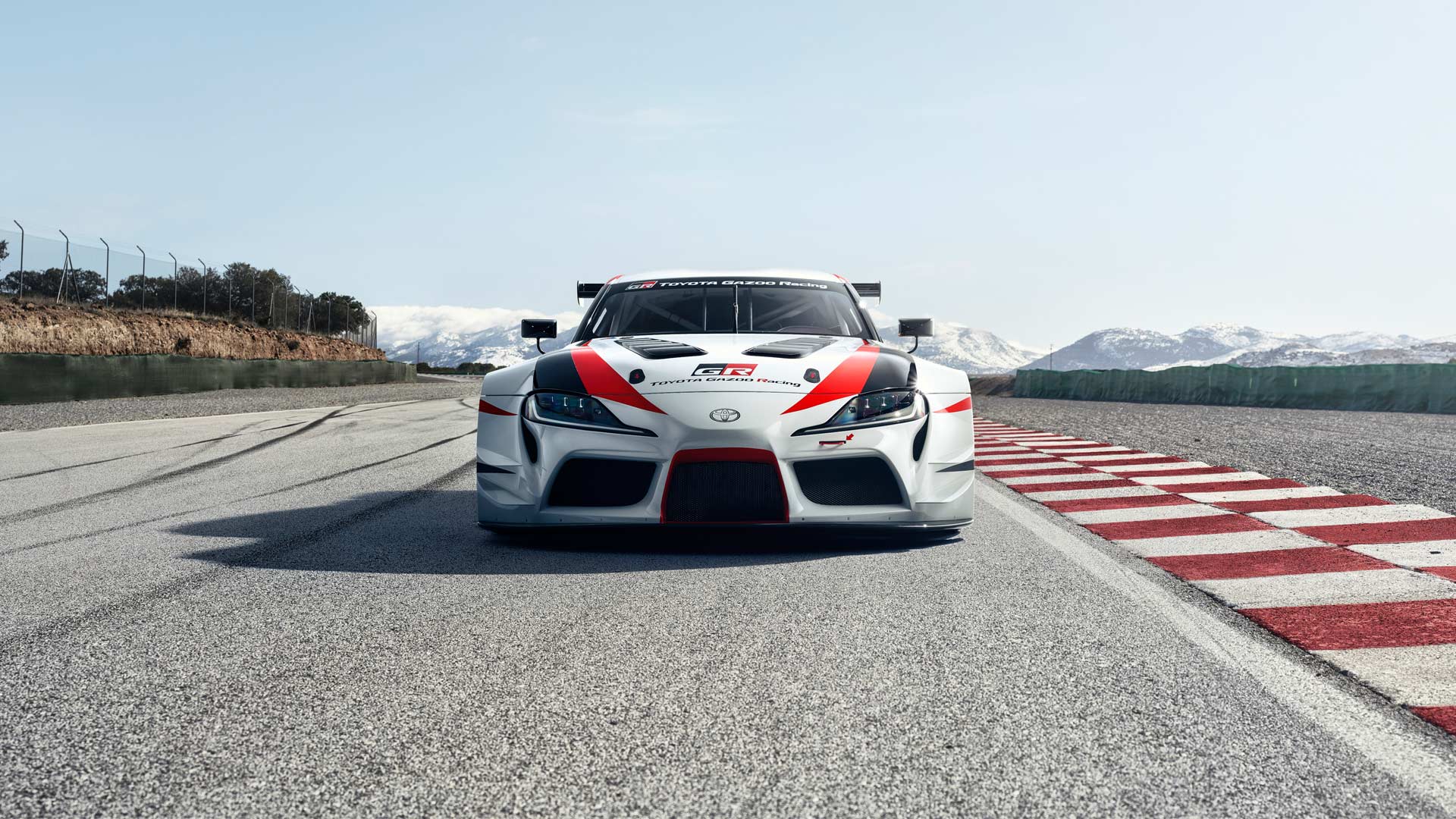 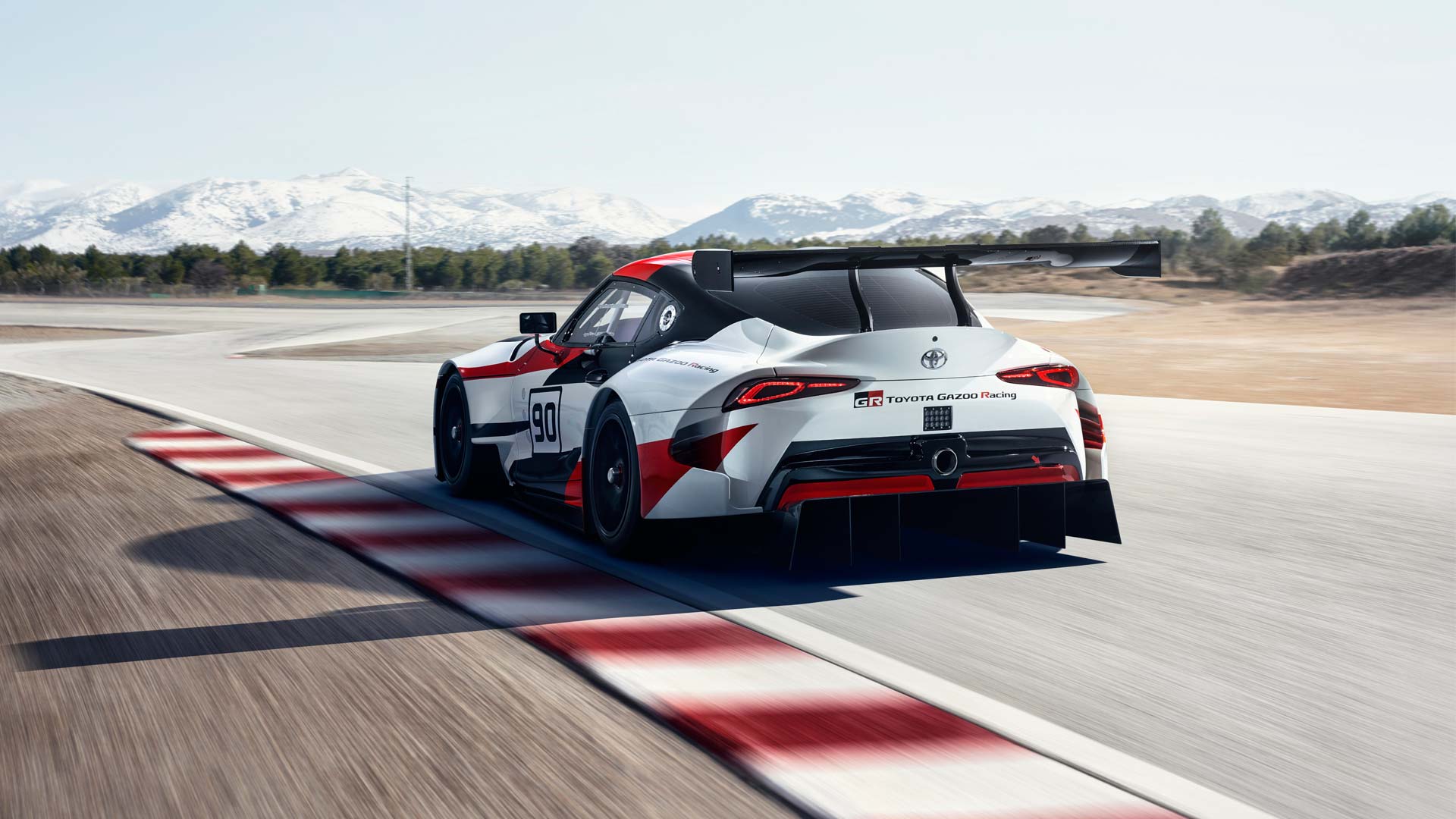 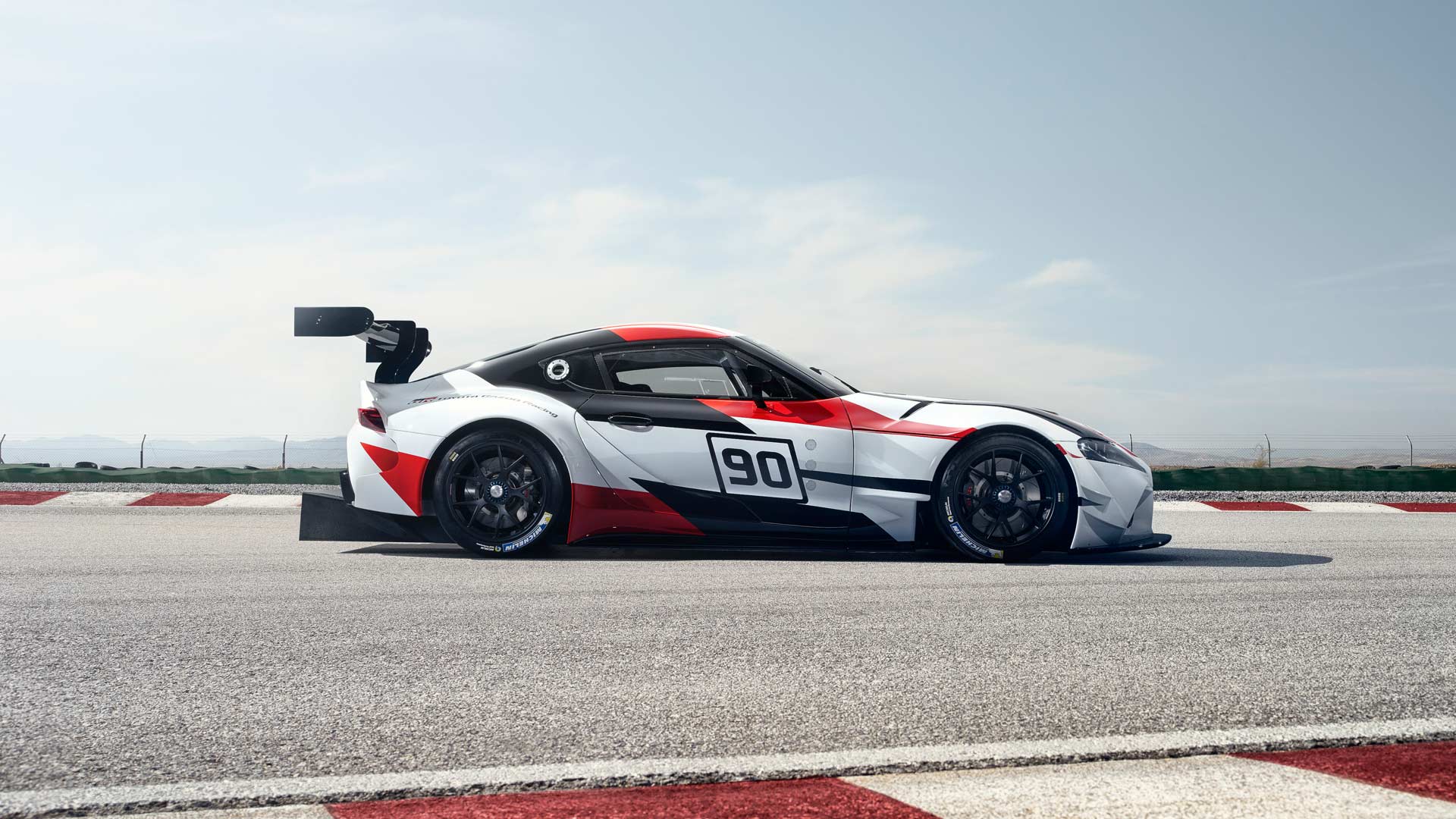 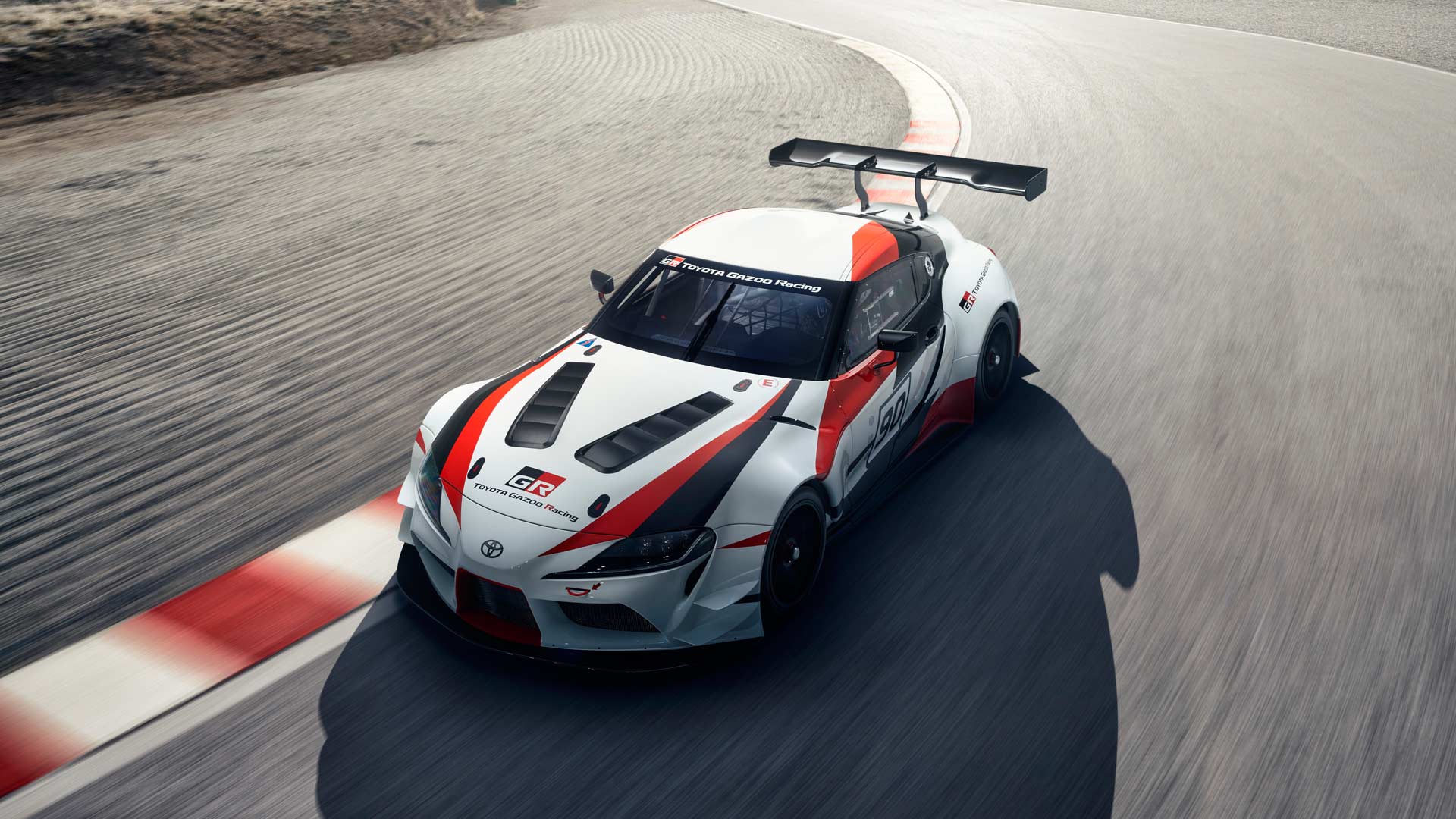 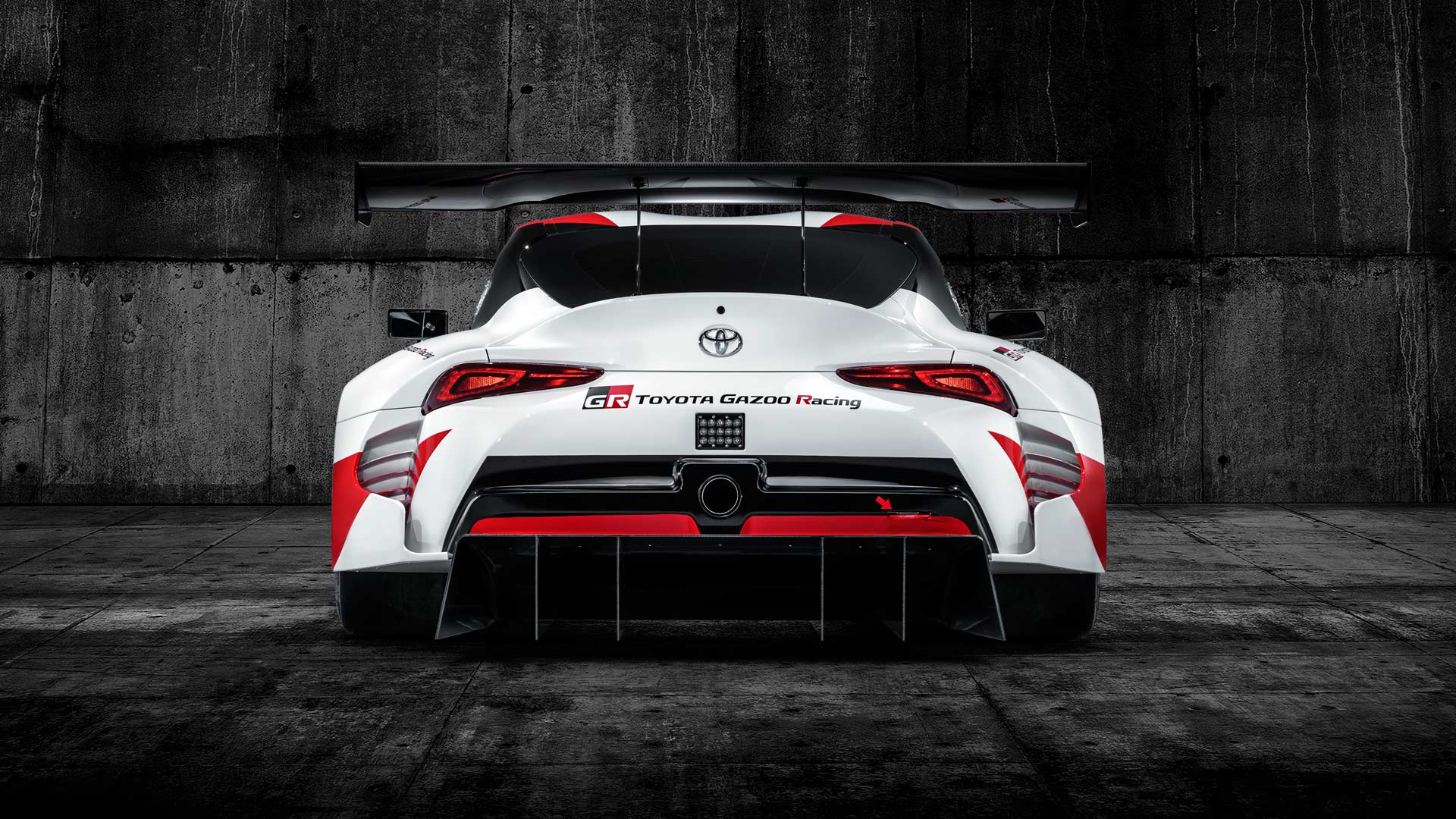 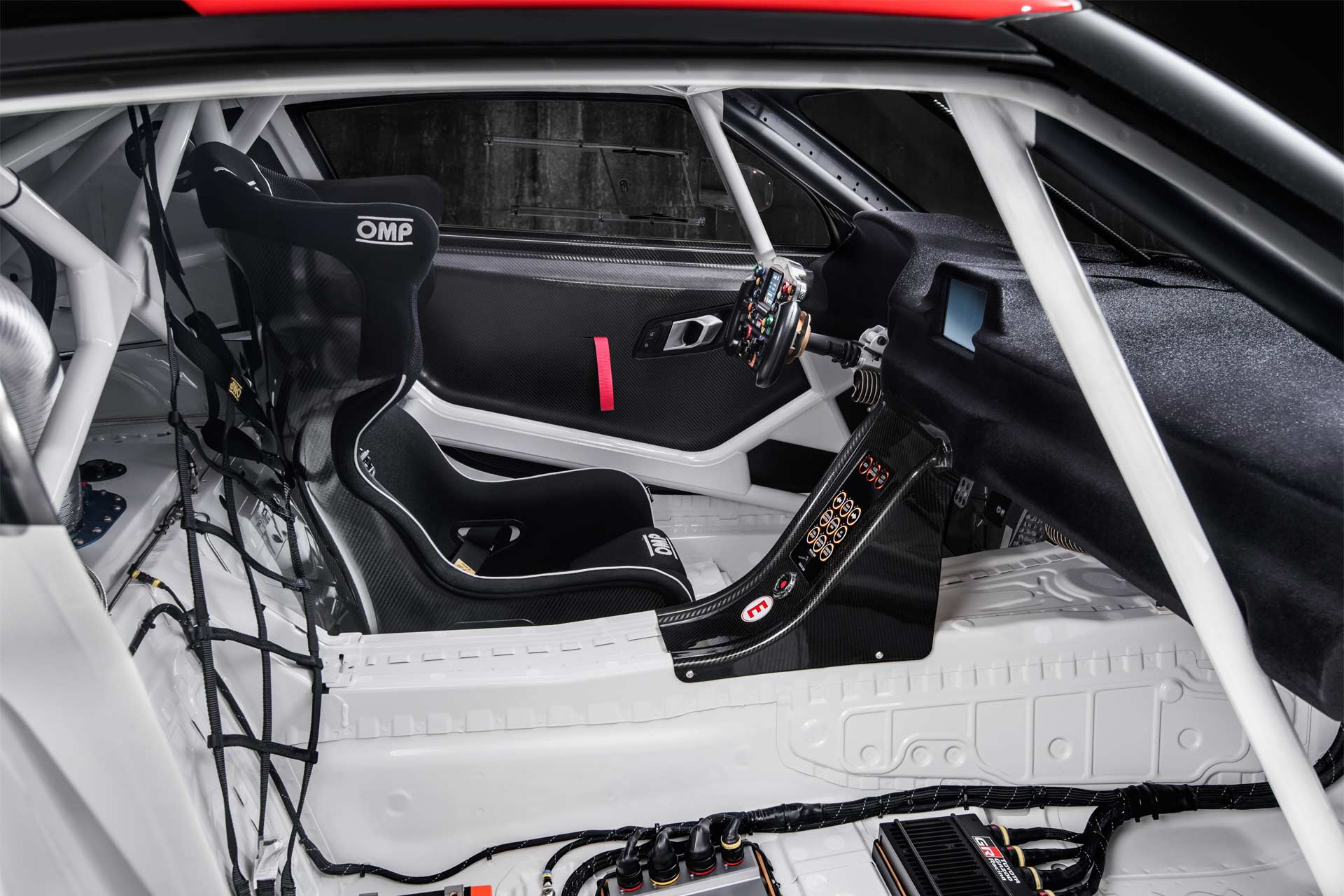 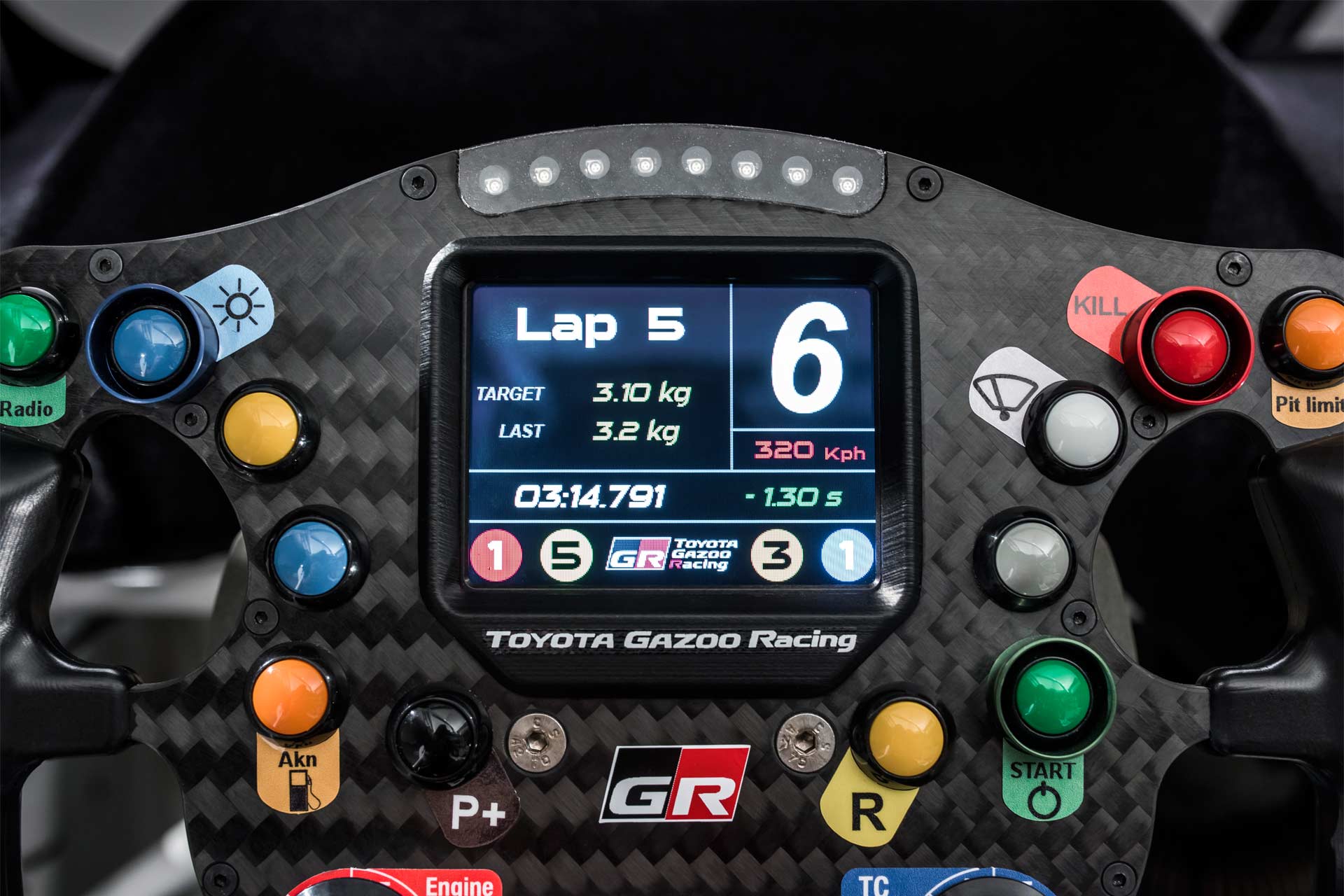 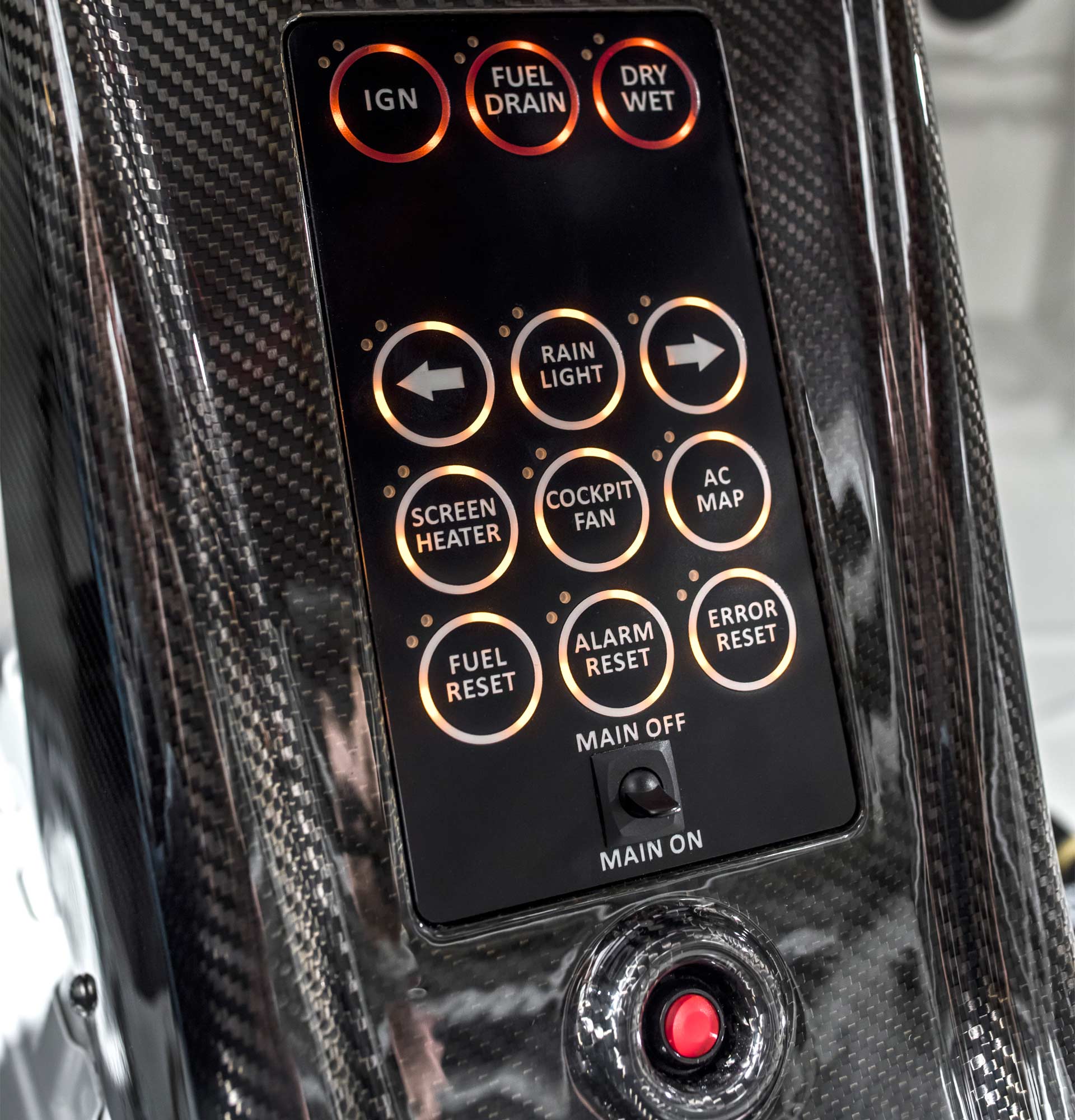 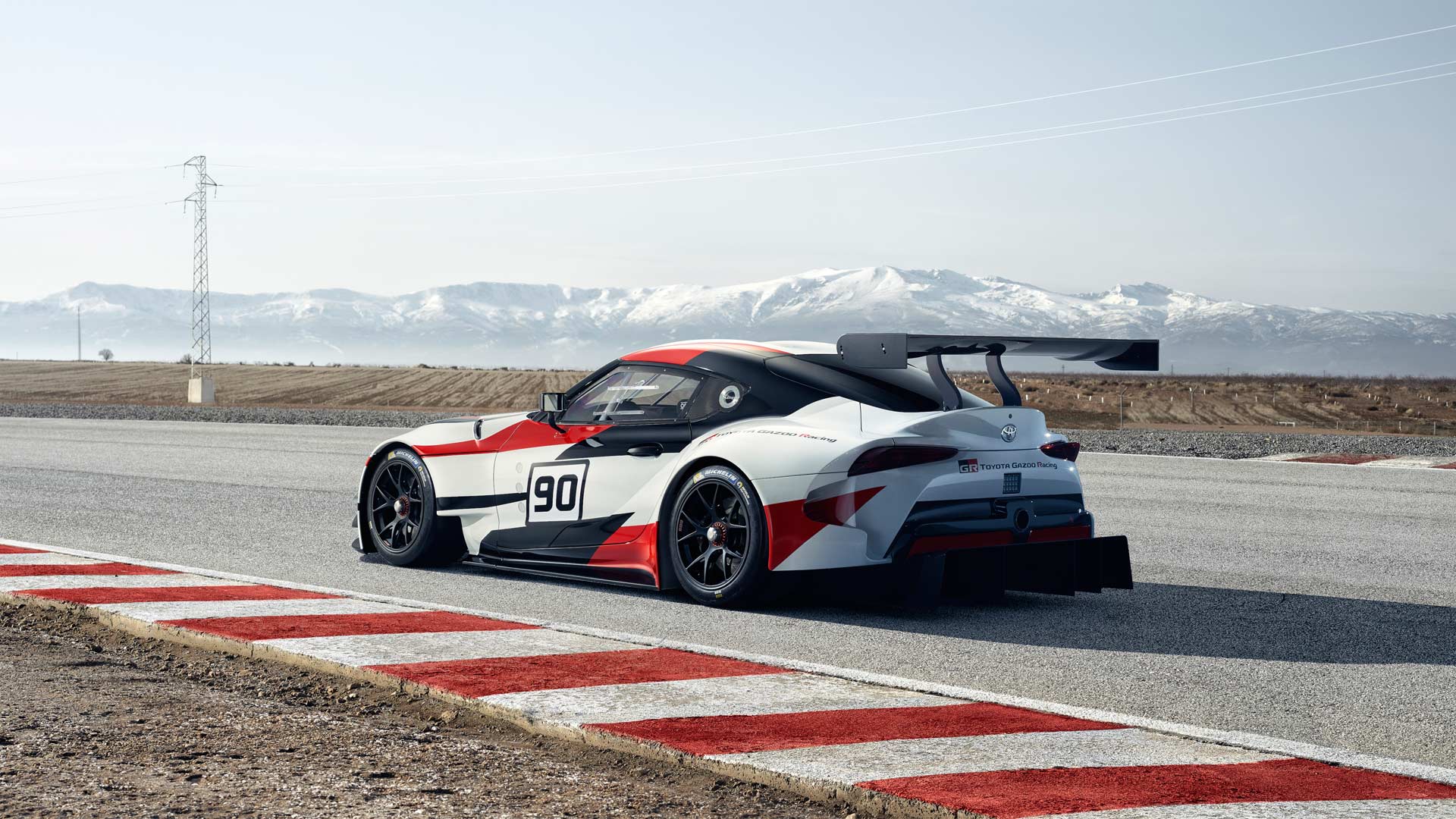