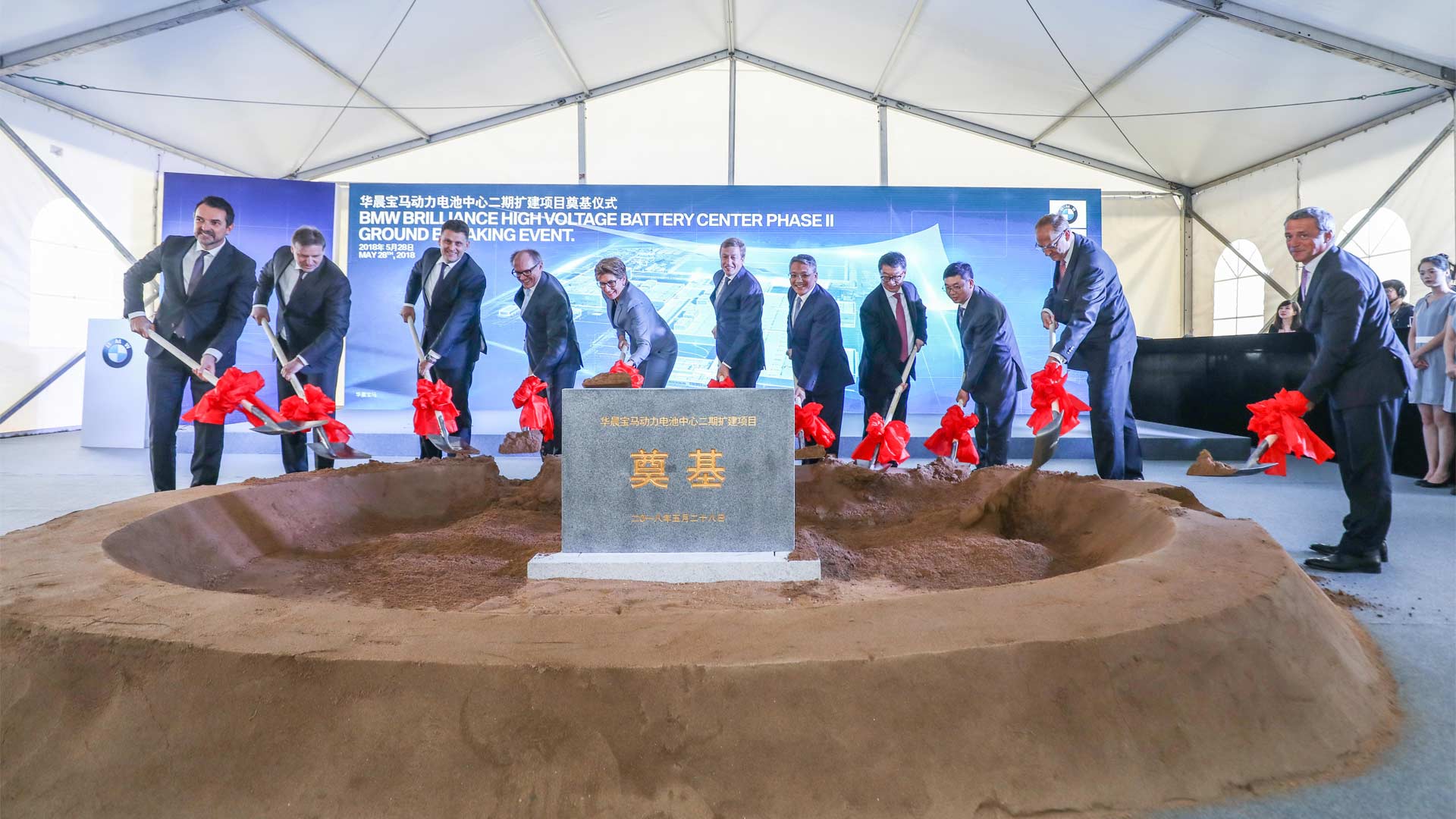 Just seven months after opening its battery factory in China, the BMW Brilliance Automotive (BBA) joint venture laid the foundation for a comprehensive expansion of the plant.

At the “High-Voltage Battery Centre Phase II”, BBA will produce batteries for the fully-electric iX3 that was unveiled just a month ago in Beijing. Starting in 2020, the iX3 will be built at the neighbouring BBA plant Dadong.

China is the BMW Group’s largest single market and the pacesetter for e-mobility worldwide. The company currently offers 6 electrified models in the country. In 2017, the Group more than doubled its sales of electrified vehicles in China from the previous year and expects this growth to continue in 2018. Earlier this year, production of the new 5 Series Plug-in Hybrid got underway at the BBA plant Dadong. The company’s Leipzig plant began building the fully-electric i3 in 2013. Today, combustion engine cars are produced on the same lines as plug-in hybrids at 10 locations worldwide. BMW operates 3 battery plants – one each in Germany, US and China. The company said that in future, production of fully-electric vehicles will also be integrated into existing manufacturing structures.

Oliver Zipse, Member of the Board of Management, responsible for Production, said – “Maximum utilization of plant capacity is a priority for us. That is why we are designing our production system so that we can build models with a fully or partially electric drive train or combustion engine on the same assembly line.”

In addition, BMW is working on two enhanced flexible vehicle architectures that will be suitable for all drive forms. This gives the company maximum production flexibility and enables it to respond quickly to market and customer demands worldwide. It also ensures optimal utilization of production capacity, avoids high investments and creates job security, the company said.