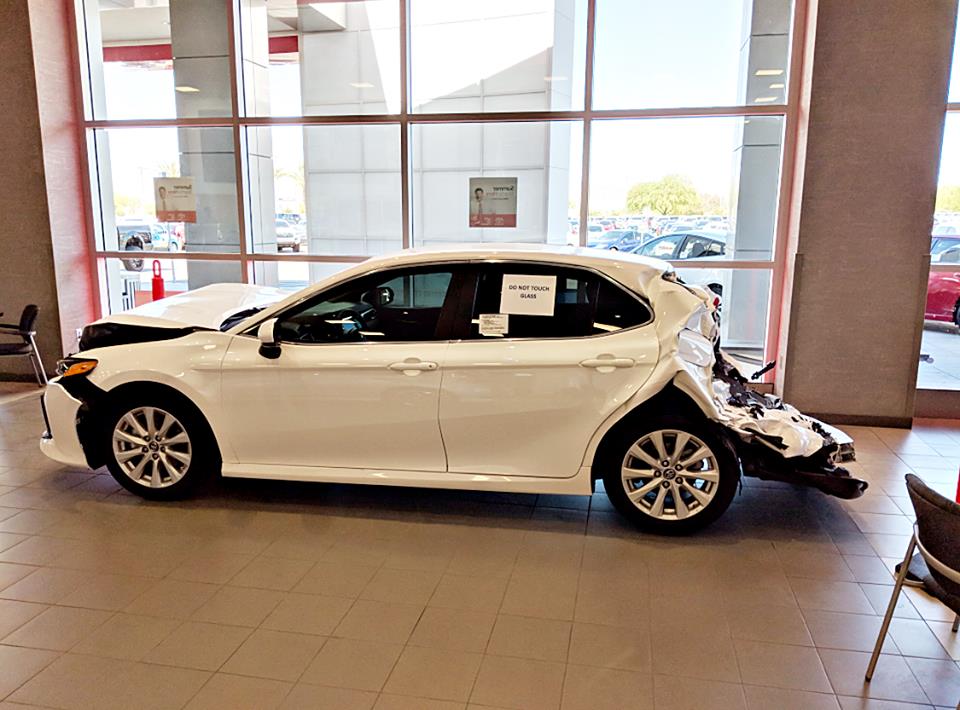 Unlike the flawless and mirror-polished cars that we’re used to seeing in the dealerships around the world, a dealership in the United States decided to do things differently. And, they had a good reason.

Interestingly located in the city of Surprise, Arizona, the Toyota of Surprise is showcasing a MY 2018 Camry that got squashed between two semi-trucks on the highway. A member of the dealership while on his way to pick up a customer from the airport, got rear-ended by a semi, which resulted in the car ramming into another semi in front of it.

The driver walked out of the car unhurt as the entire passenger cabin is almost intact, and all four doors still work properly, the dealership says.

The 2018 Camry (XV70) is built on the TNGA modular platform which according to Toyota, will add rigidity and strength to the cars that are based on it.

The car comes with 10 airbags and Toyota Safety Sense P (TSS-P) as standard. The TSS-P is an active safety package that includes Pre-Collision System with Pedestrian Detection and Dynamic Radar Cruise Control.

The Camry in the United States is offered with a 2.5-litre 4-cylinder petrol engine, 3.5-litre V6 and a 2.5-litre petrol-electric hybrid variant.