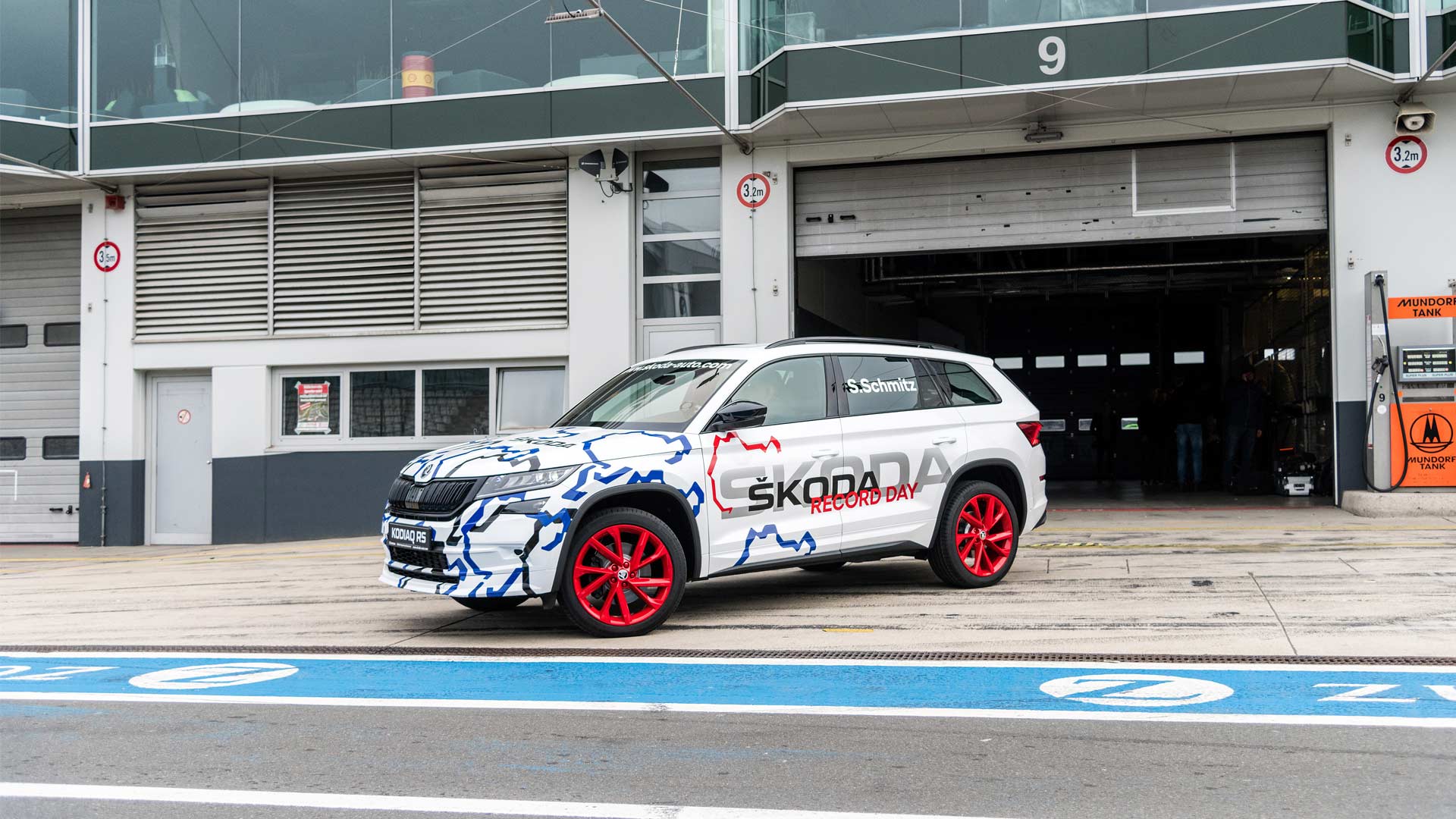 The Nürburgring Nordschleife, considered as the world’s most challenging racetrack, is certainly not meant for a 7-seater family SUV. But manufacturers have been testing the performance variants of such SUVs, just so that anyone crazy enough to take theirs to a race track, they can do so.

One such SUV is the Skoda Kodiaq RS which conquered the 21 km of the legendary racetrack in 9 minutes and 29.84 seconds, setting a new record as the fastest 7-seater SUV at Nürburgring. The production version is scheduled to be unveiled in October.

Sabine Schmitz, still the only woman to have won the 24 Hours Nürburgring, was behind the wheel of the Kodiaq RS. She has completed more than 30,000 laps of the track in all different kinds of cars. Apparently, she grew up and also lives near the track. Schmitz was accompanied by František Drábek, Head of Product Line Compact. “Wow, I had fun,” smiled Sabine Schmitz. “It was fast,” acknowledged Drábek. “The car was very stable, the brakes worked perfectly. We had a lot of fun,” added the driver. “I felt safe the whole time,” said Drábek, singing her praises. “I should hope so,” laughed Schmitz.