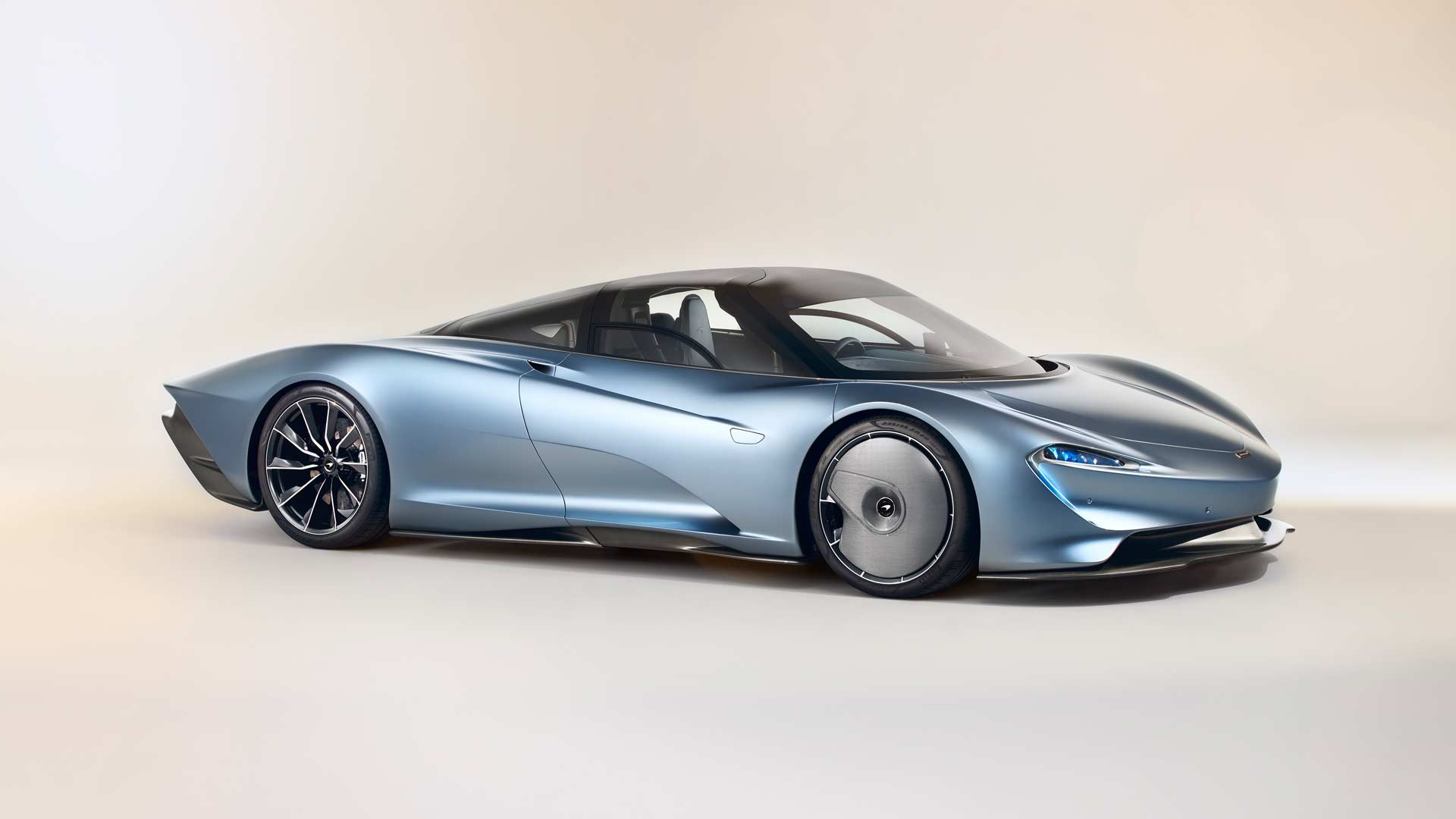 Just like the Senna, McLaren seems to have let the engineers and aerodynamicists design the Speedtail too, which is why it looks the way it looks. The designers would have pleased a lot more people, but that’s not the point of the Speedtail. Its not being built for a lot of people anyway.

The goal is to cut through air with least possible resistance and go extremely fast. McLaren predicts a top speed of 250 mph or about 403 km/h. Apparently, 0-300 km/h acceleration happens in 12.8 seconds. Every aspect of the Speedtail has been considered in the mission to reduce drag and maximise top speed. Conventional mirrors have been replaced by these high definition cameras which retract in ‘Velocity’ mode to further reduce the drag. Also notice the carbon fibre front wheel static aero covers to reduce air turbulence around the wheel arches.

As for the wheels, the forged alloys measure 20-inch at front and 21-inch at the rear, shod with bespoke Pirelli P-Zero tyres.

While the Speedtail is narrower than the P1, it is more than half a metre longer, measuring 5,137 mm (almost 17 feet) from nose to tail. When viewed from above, the Speedtail is essentially a teardrop – the fastest shape in nature – and this sculpted form according to McLaren, creates the smoothest initial contact with the air at the front splitter, while the dramatically elongated tail bleeds off the flow to reduce turbulence. You might have also noticed the lack of a massive rear wing. There isn’t one, instead, the Speedtail gets a pair of patented active rear ailerons.

When you’re charging £1.75 million (plus taxes), you might as well use the best possible materials for the construction. The front splitter, diffuser and side skirts are all finished in 1K Titanium Deposition Carbon Fibre. Apparently, this material has just 1000 fibres per thread, making it lighter than the 3K alternative and allows the adoption of a Jacquard weaving process to create an intricate, bespoke pattern in the Visual Carbon Fibre elements. The titanium can additionally be anodised in any bespoke colour or used to create interwoven images, symbols or even words within the carbon. For the materials inside, McLaren has collaborated with Swiss watchmaker Richard Mille, to develop what is claimed to be the world-first in the automotive sector: Thin-Ply Technology Carbon Fibre (TPT). The material is comprised of countless ultra-thin carbon layers just 30 microns in depth, each positioned at a 45° angle. The surface is then delicately milled to expose a stratified, shimmering construction that resembles flowing water. TPT is used on the overhead control panel, gearshift paddles, steering wheel clasp and also in the McLaren badge on the front of the car.

The driver’s seat in this example, is trimmed in Dark Glacier and Cool White leathers, the former is a full aniline material and the latter a new, semi-aniline lightweight leather, developed by the Bridge of Weir Leather Company. Thanks to the air infused beneath the surface during the manufacturing process, the material density is reduced and the weight cut by 30 per cent.

Since there are only 106 units to build, McLaren wants to “push colour and materials design into uncharted territory”, where the owners will have full freedom of personalisation.

Powertrain
Which pretty much brings us to the business end of the story. The Speedtail will be powered by a petrol-electric hybrid powertrain, which delivers a combined 1,050 PS or about 1,035 bhp and a maximum torque of 1,150 Nm. The combustion engine is a 4.0-litre twin-turbo V8, which also powers the Senna. Last but not the least, the aforementioned 403 km/h can be achieved via the Velocity mode located in the overhead control panel, which also tailors the angle of the active rear ailerons. The Active Chassis Control further lowers the Speedtail by 35 mm.

Each unit is hand-assembled at the McLaren Production Centre (MPC) in Woking, and deliveries will begin in early 2020.

According to few reports, the Speedtail won’t be street legal in the U.S. due to its central driving position and two passenger seats positioned slightly behind it – a layout which doesn’t allow for the necessary side-mounted airbags, and lack of conventional mirrors as well. Apparently, more than 30 units have been allocated to U.S. buyers, meaning they’ll have to drive it only on the race tracks or inside their estates. 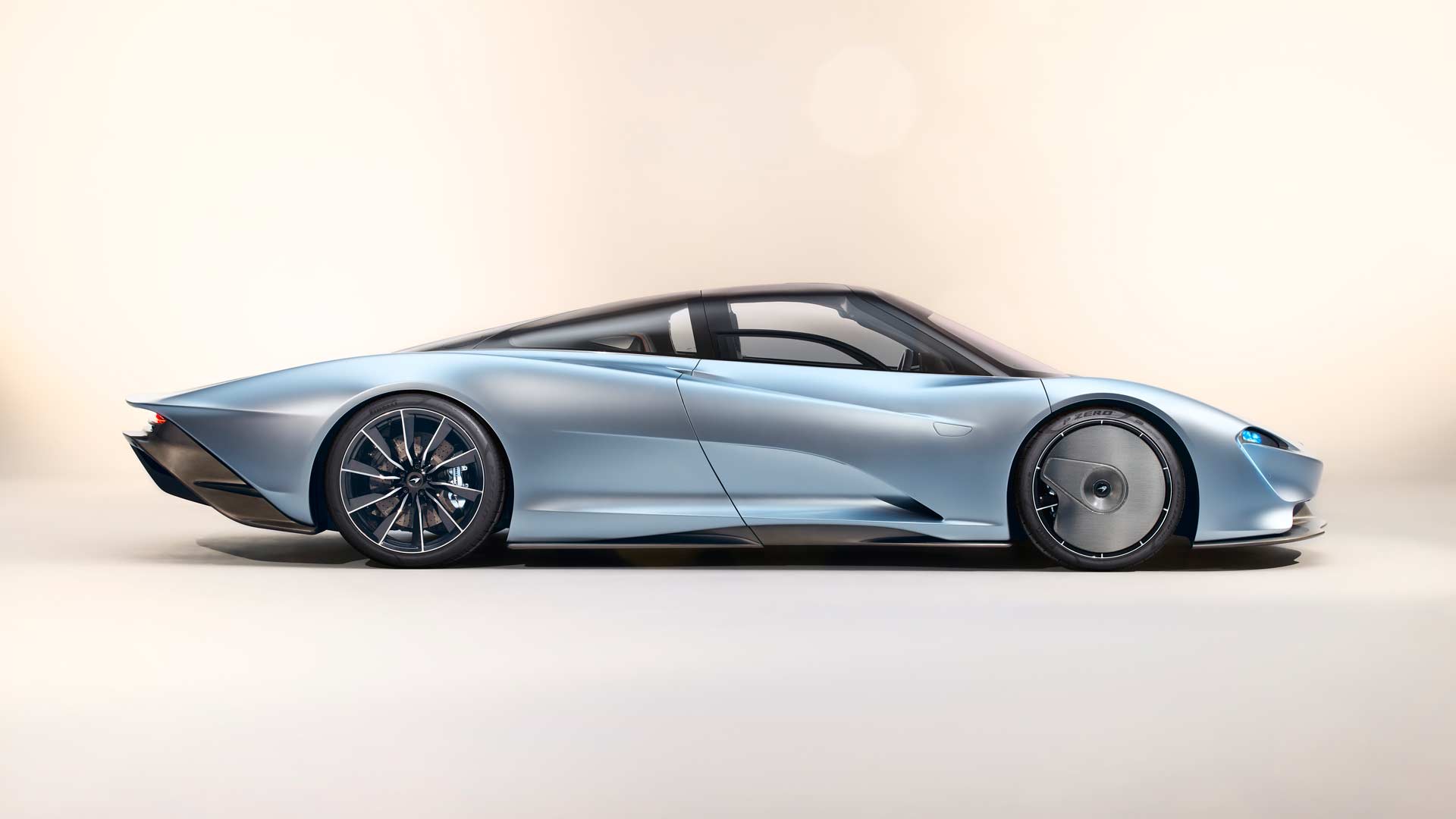 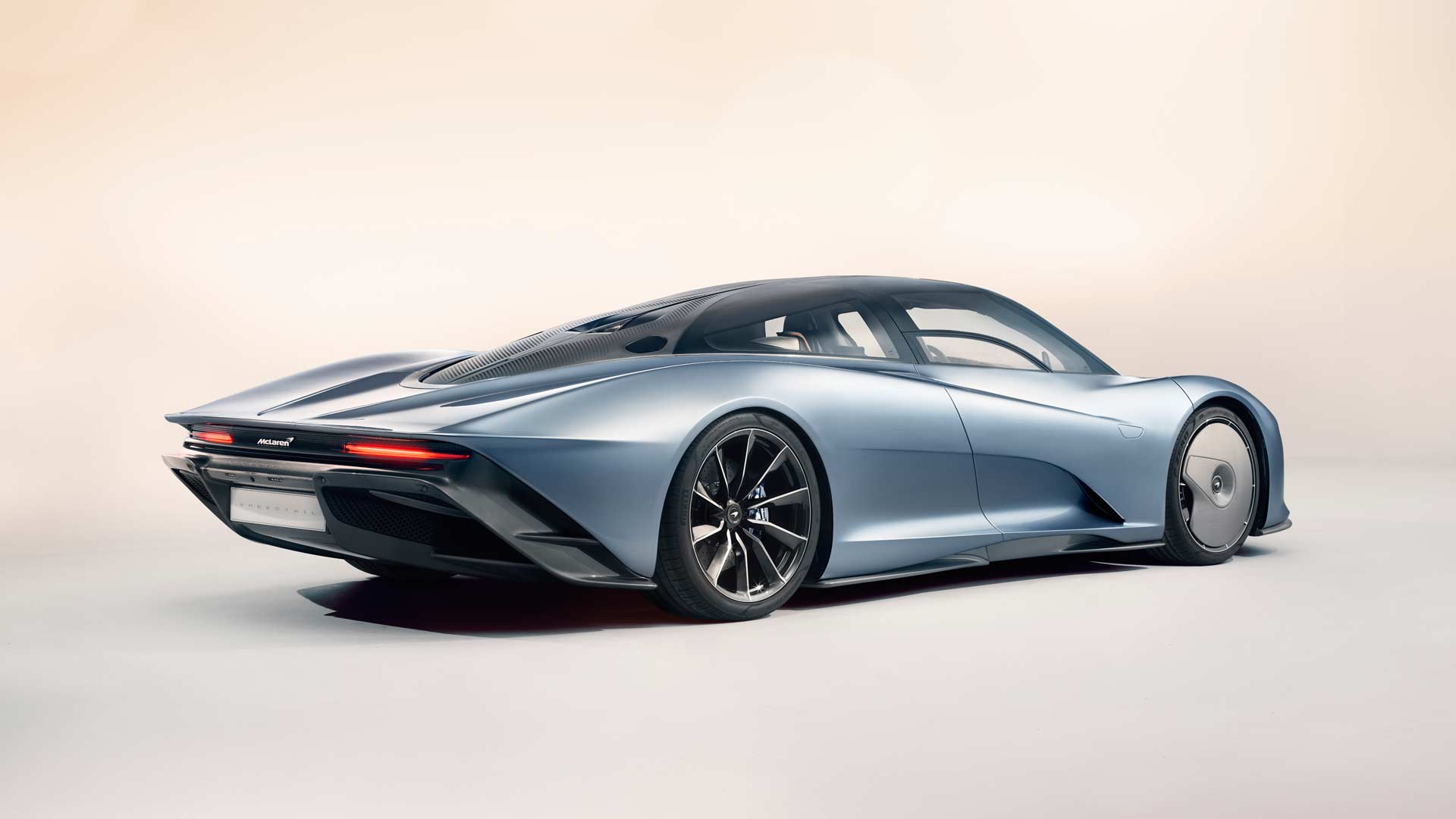 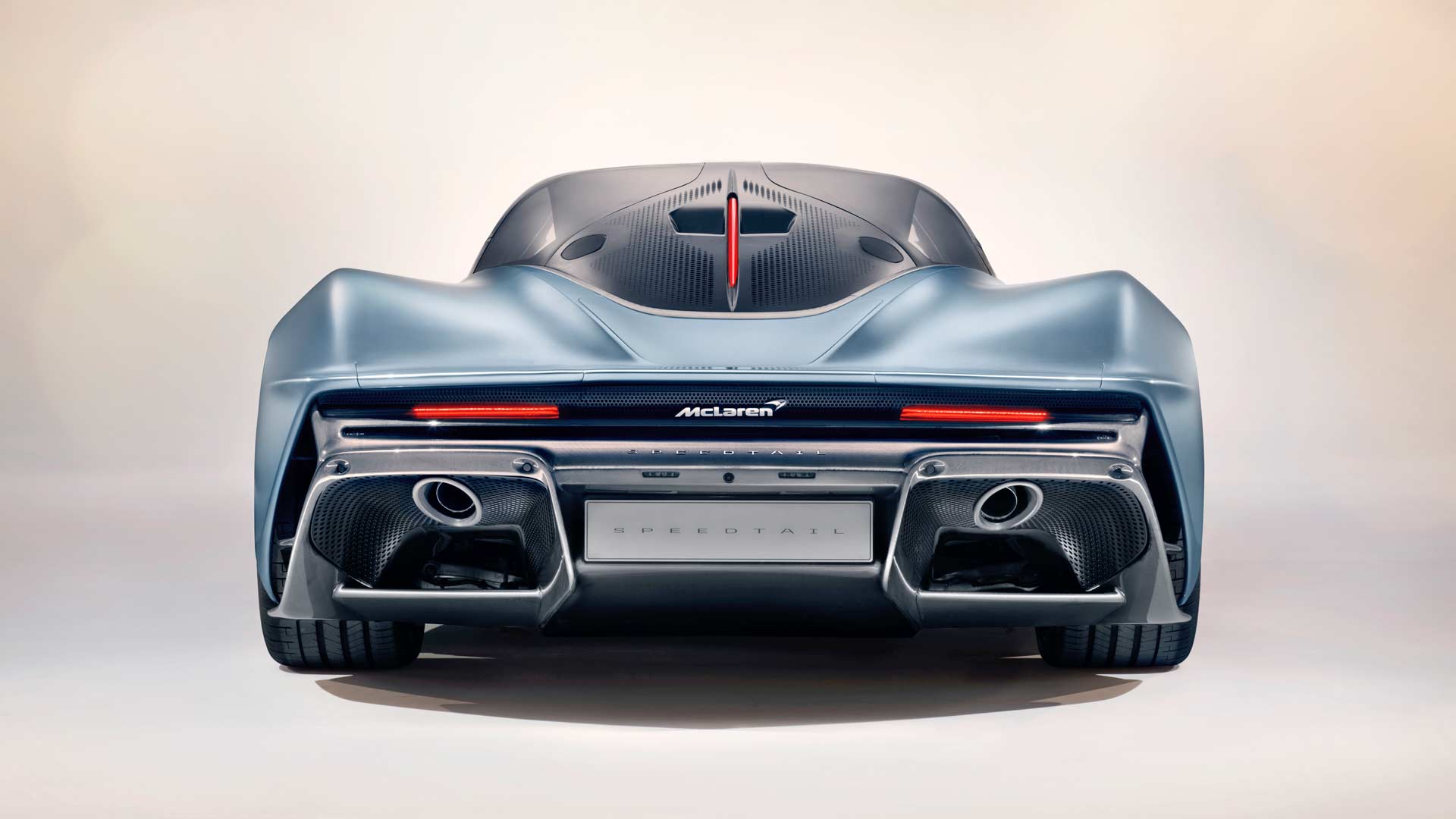 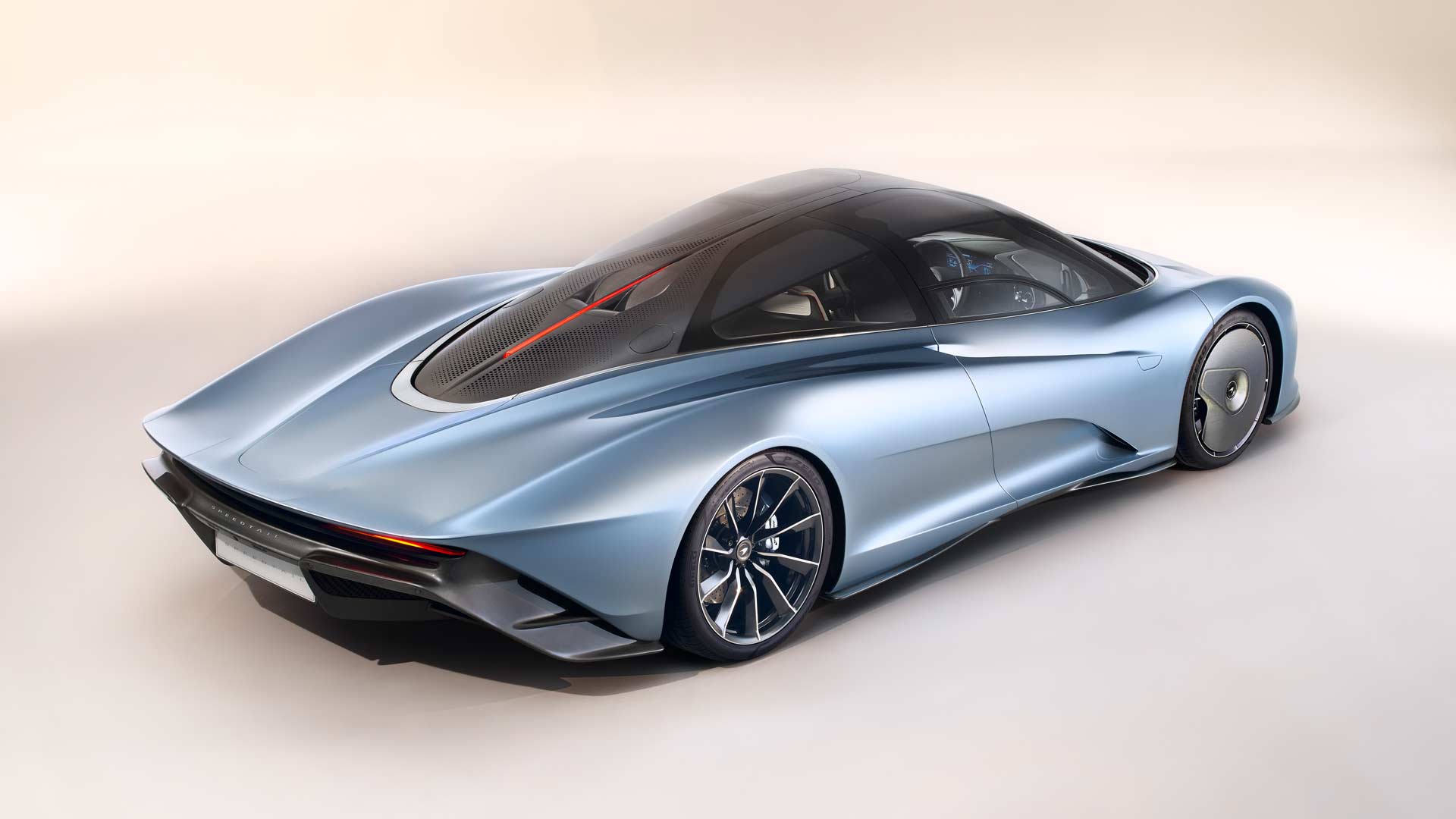 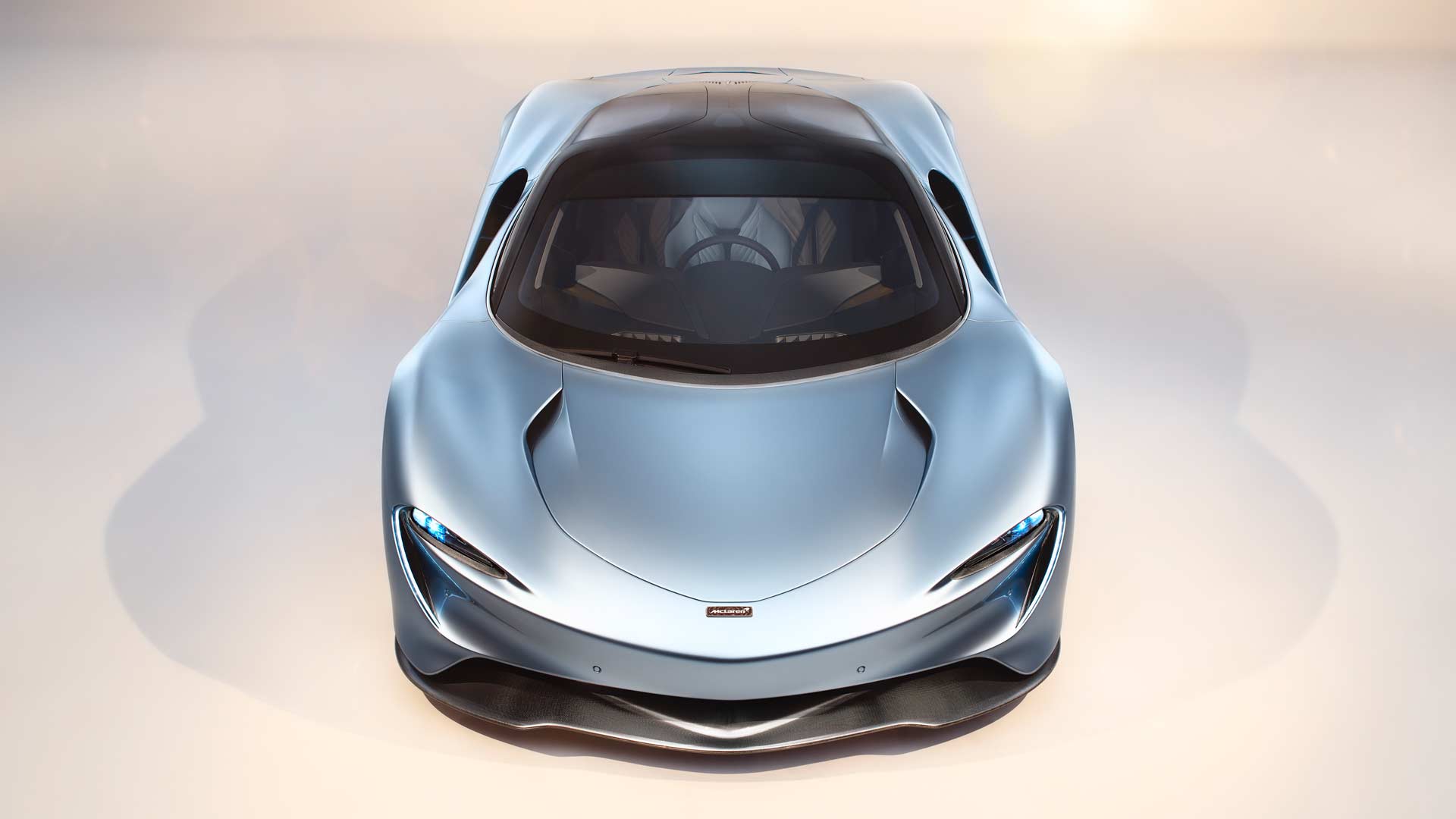 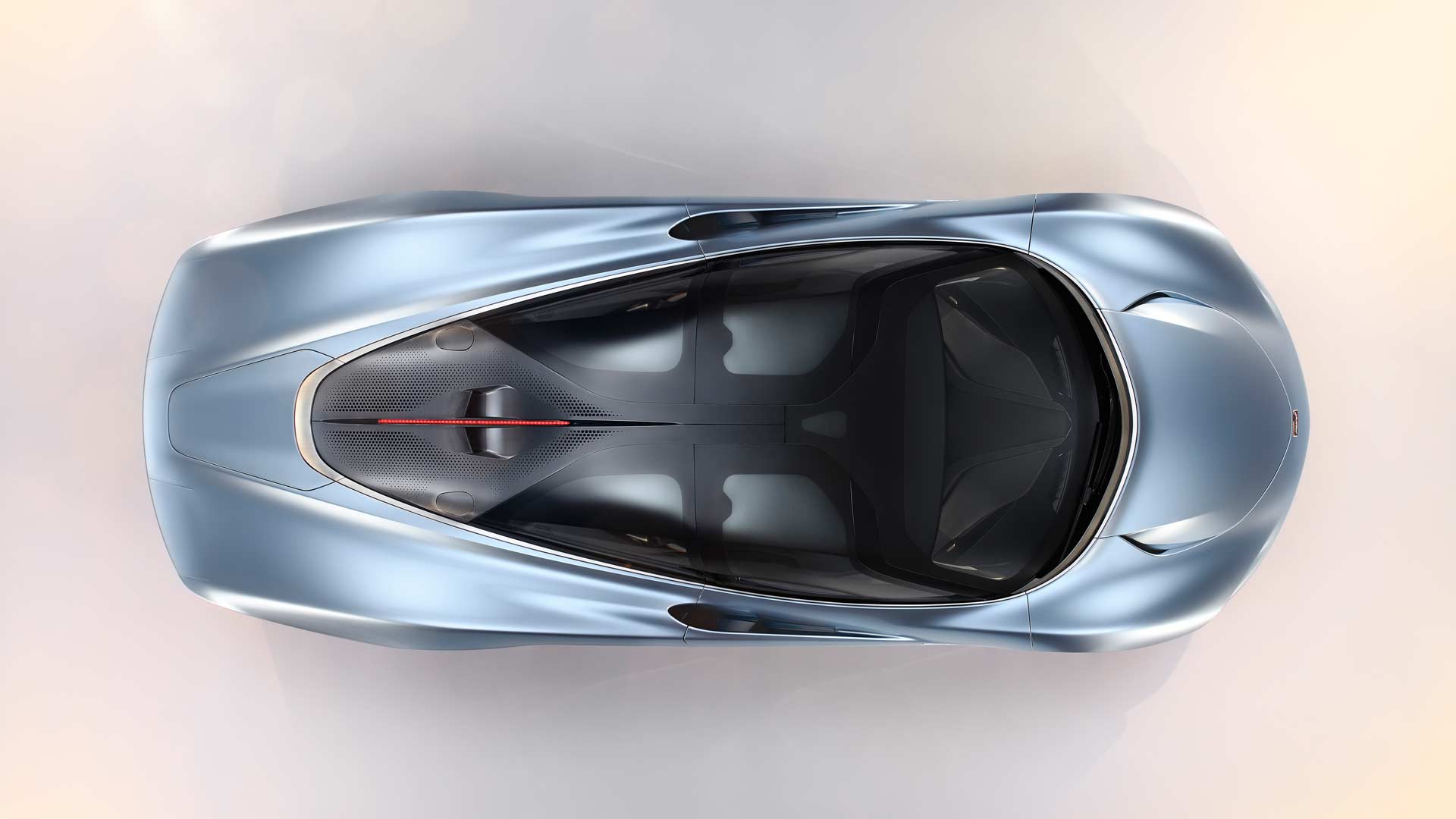 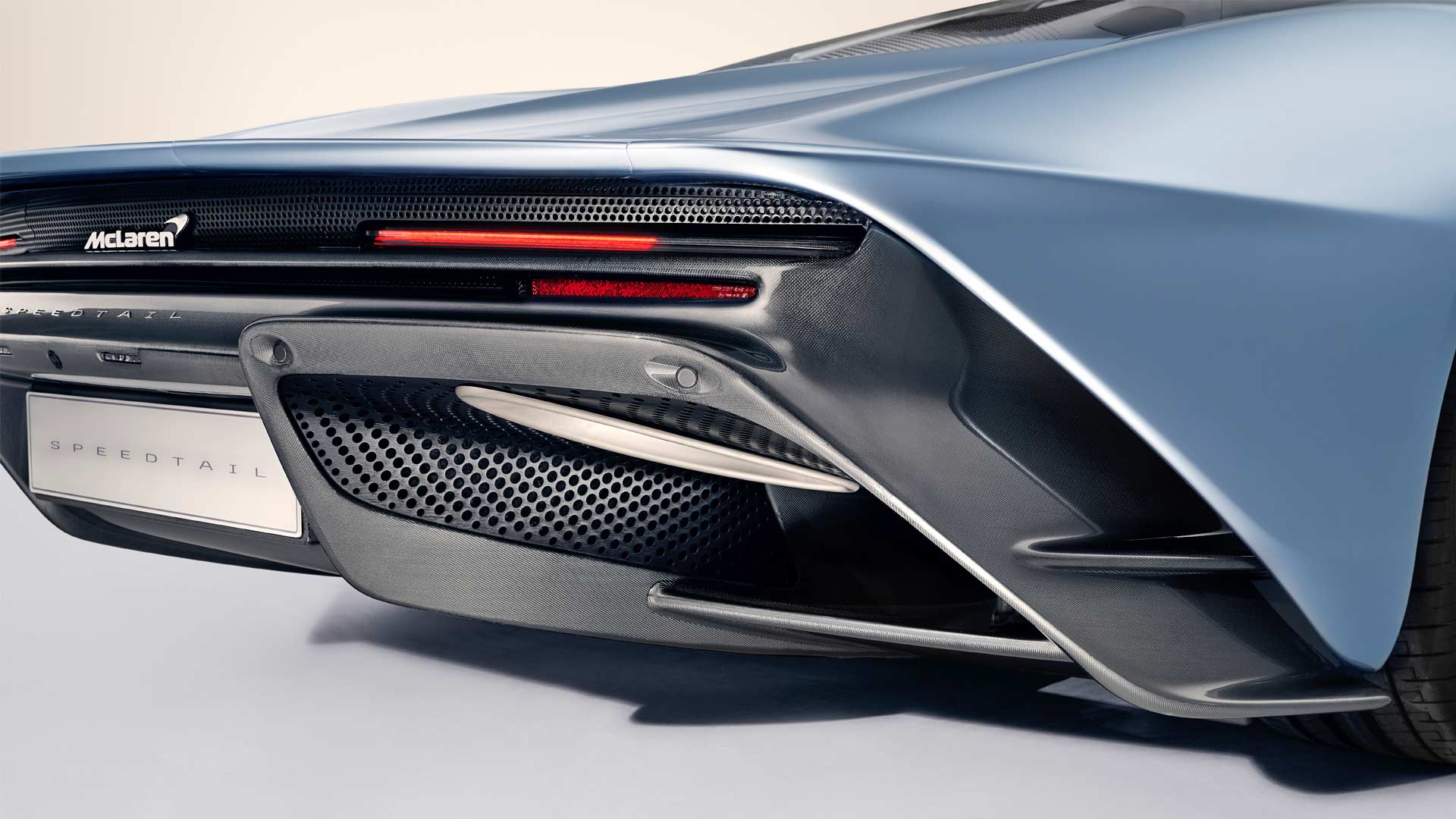 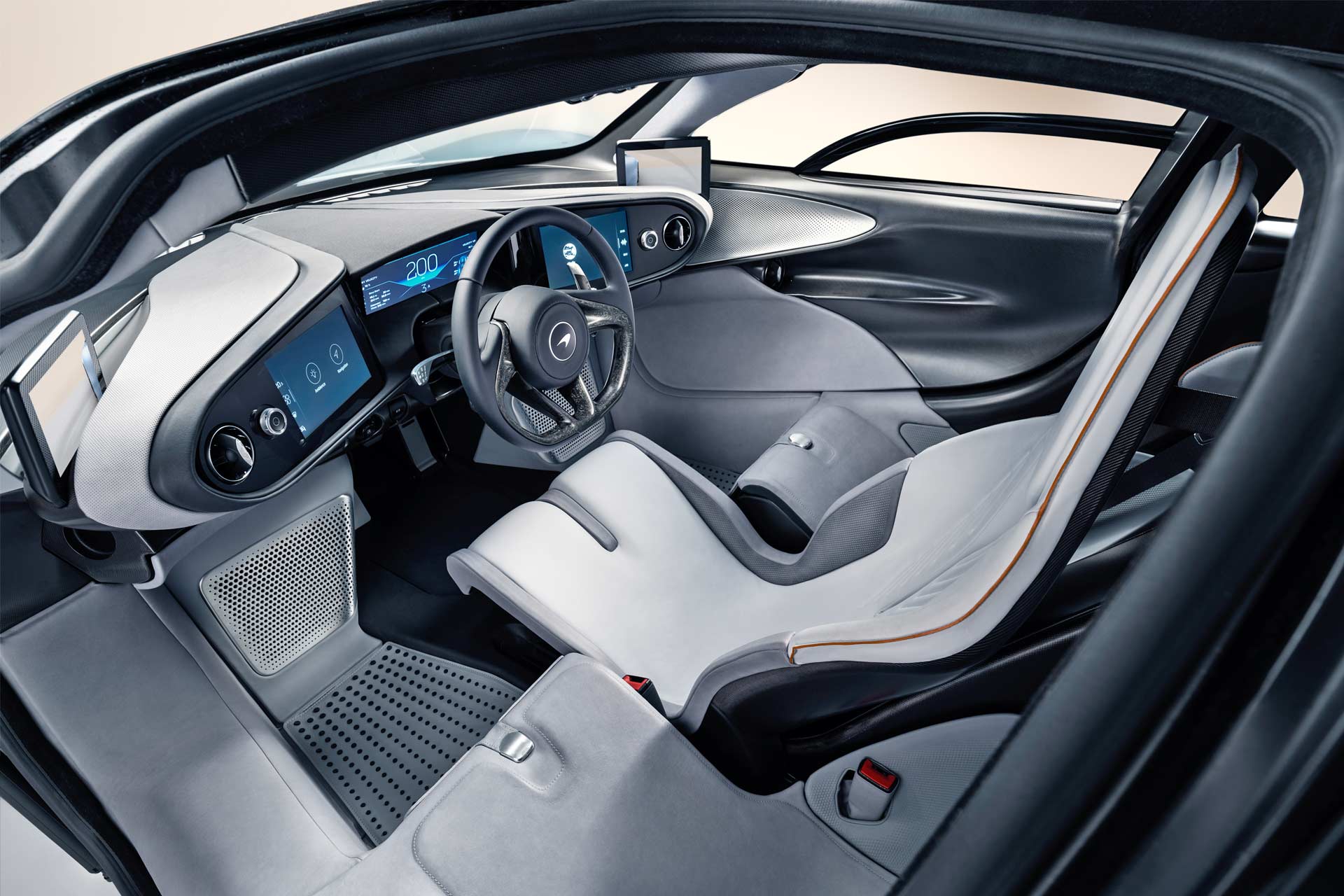 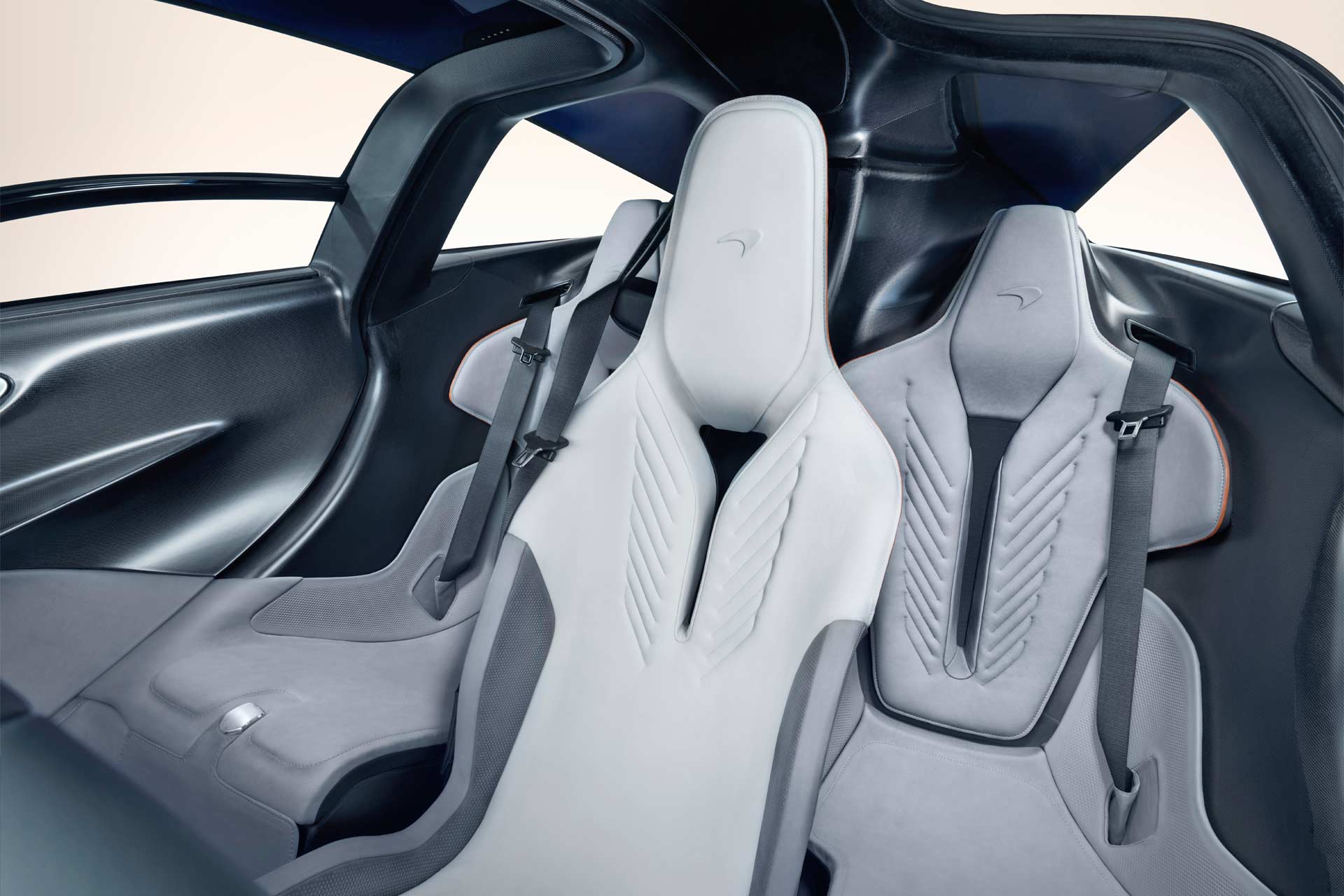