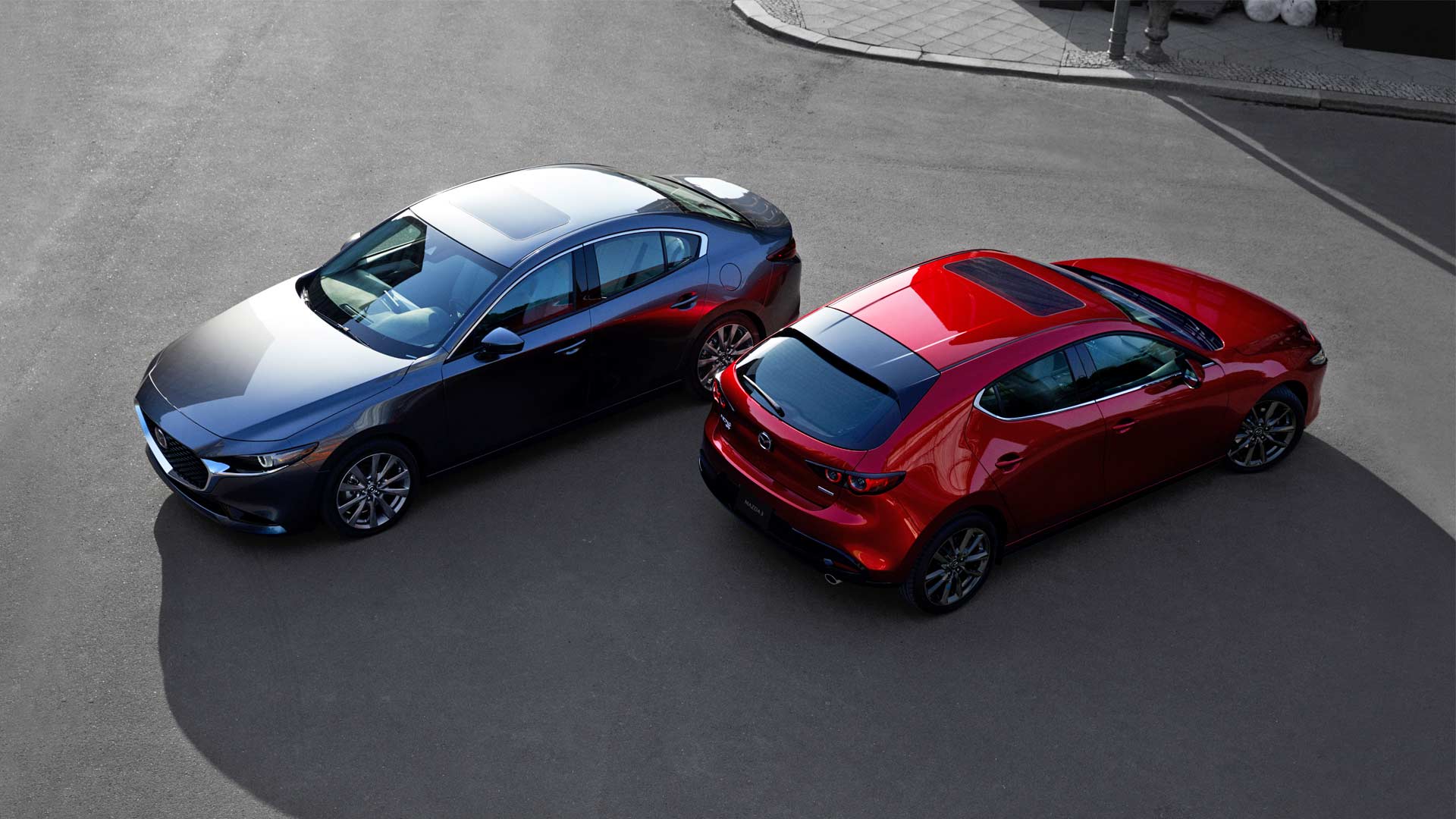 Unlike most new cars that are aggressively styled with sharp lines, creases and complicated looking headlamp and taillamp setup, Mazda likes to keep things simple.

The 4th generation Mazda3 Hatchback and Sedan adopt a more evolved version of KODO—Soul of Motion design language, with the “less is more” theme. Take the headlamps for instance, all unnecessary elements are shaved away to leave only the essence of a lighting fixture. The same philosophy applies throughout the vehicle, including the interiors. Speaking of which, the cockpit design applies the “vanishing point” concept, and looks a bit more interesting compared with the exteriors, especially in this Burgundy color which is exclusive to the hatchback.

Improvements include a telescopic steering wheel with an additional 10 mm of movement, front seat cushion tilt adjustment as standard, and gear shift lever moved forward and positioned higher on both the automatic and manual transmission versions, overall offering a better driving position. The commander control was also moved forward, cup holders repositioned in front of the shift lever, and the center armrest lengthened. The thickness of the A-pillars was optimized as well to reduce blind spots.

Passive safety includes the usage of ultra-high-tensile steel which has increased from 3% to 30%, a new knee airbag for the driver’s seat, and a new energy-absorbing inner structure for the hood, designed to receive the impact of a pedestrian’s head.

Powertrains
Powering the new Mazda3 are three petrol engines from Skyactiv-G family – 1.5, 2.0 and 2.5, and a 2.0 from the new Skyactiv-X. There is also a 1.8 Skyactiv-D diesel engine on offer.

Transmission is a 6-speed automatic or a 6-speed manual. The AWD variants get i-Activ system which comes with ‘four-wheel vertical load’ detection and works in harmony with the G-Vectoring Control Plus (GVC Plus) to control torque distribution between the front and rear wheels. Apparently, it also reduces overall mechanical loss by approximately 60% over the previous model and contributes to improved fuel economy. 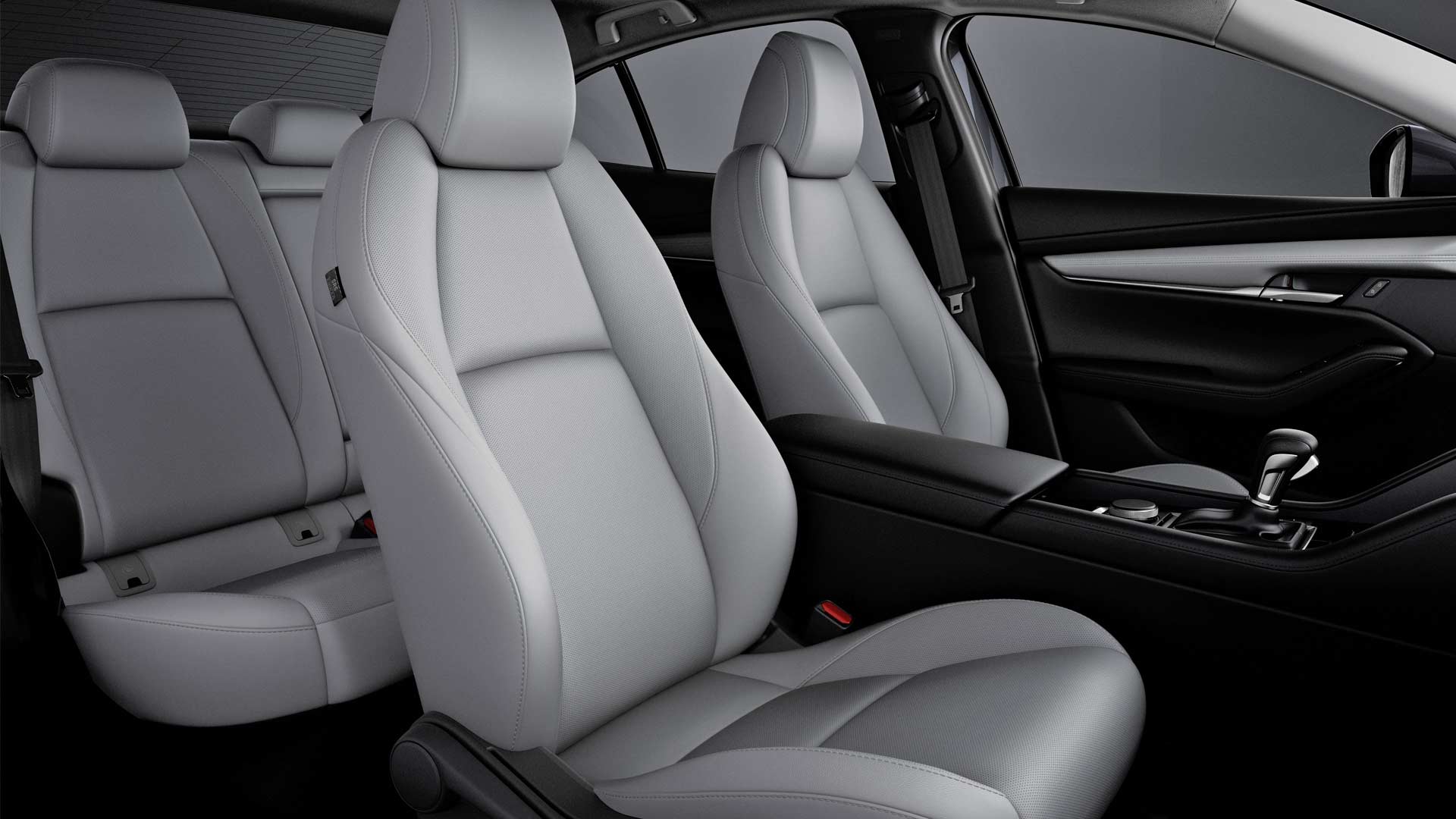 Measures have been taken to reduce NVH as well. The new Mazda3 marks Mazda’s first application of a ‘two-wall’ structure that leaves space between the body and carpeting on the floor. The number of holes in the carpeting was also reduced wherever possible to significantly enhance sound insulation, the company said. 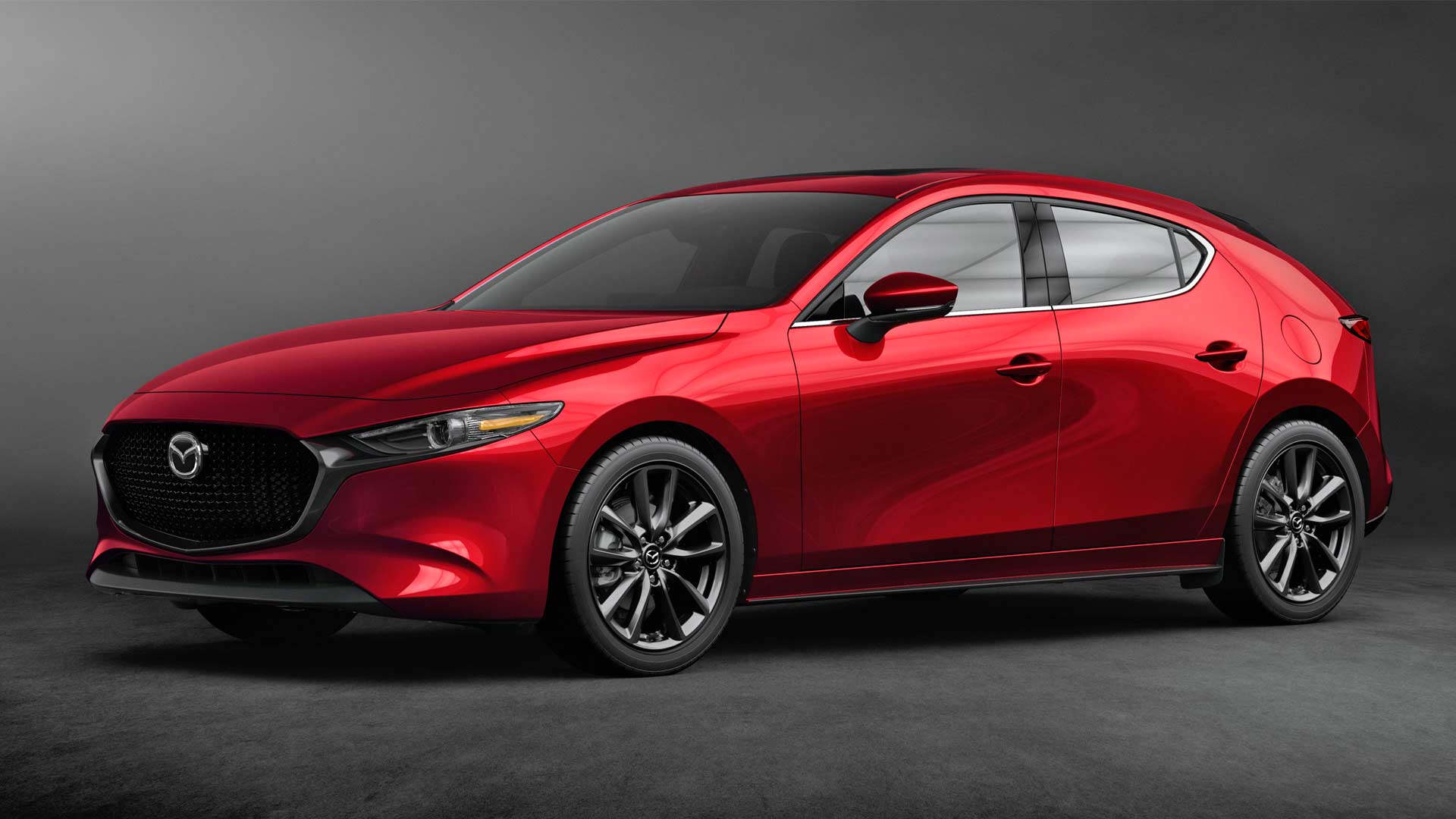 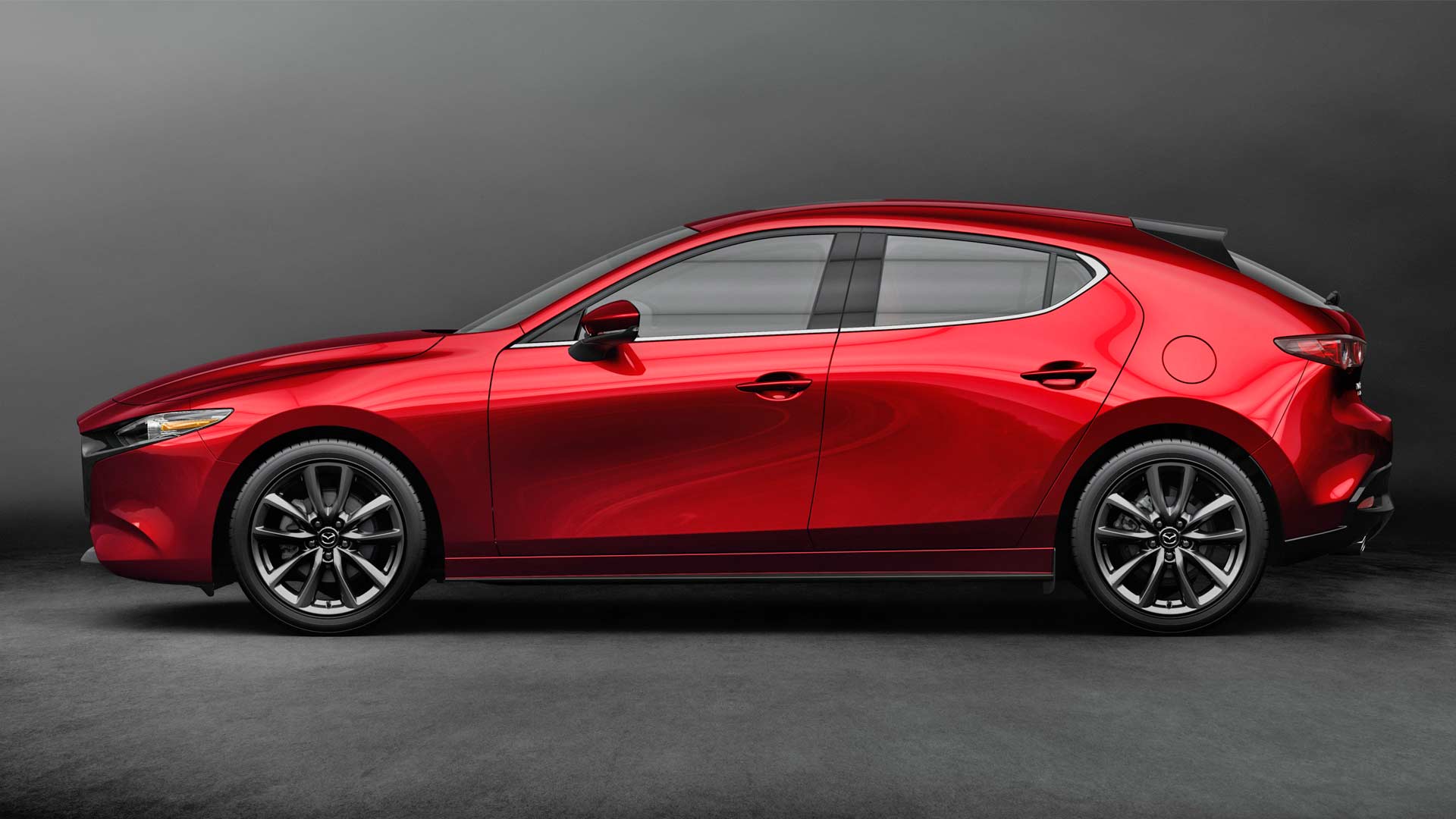 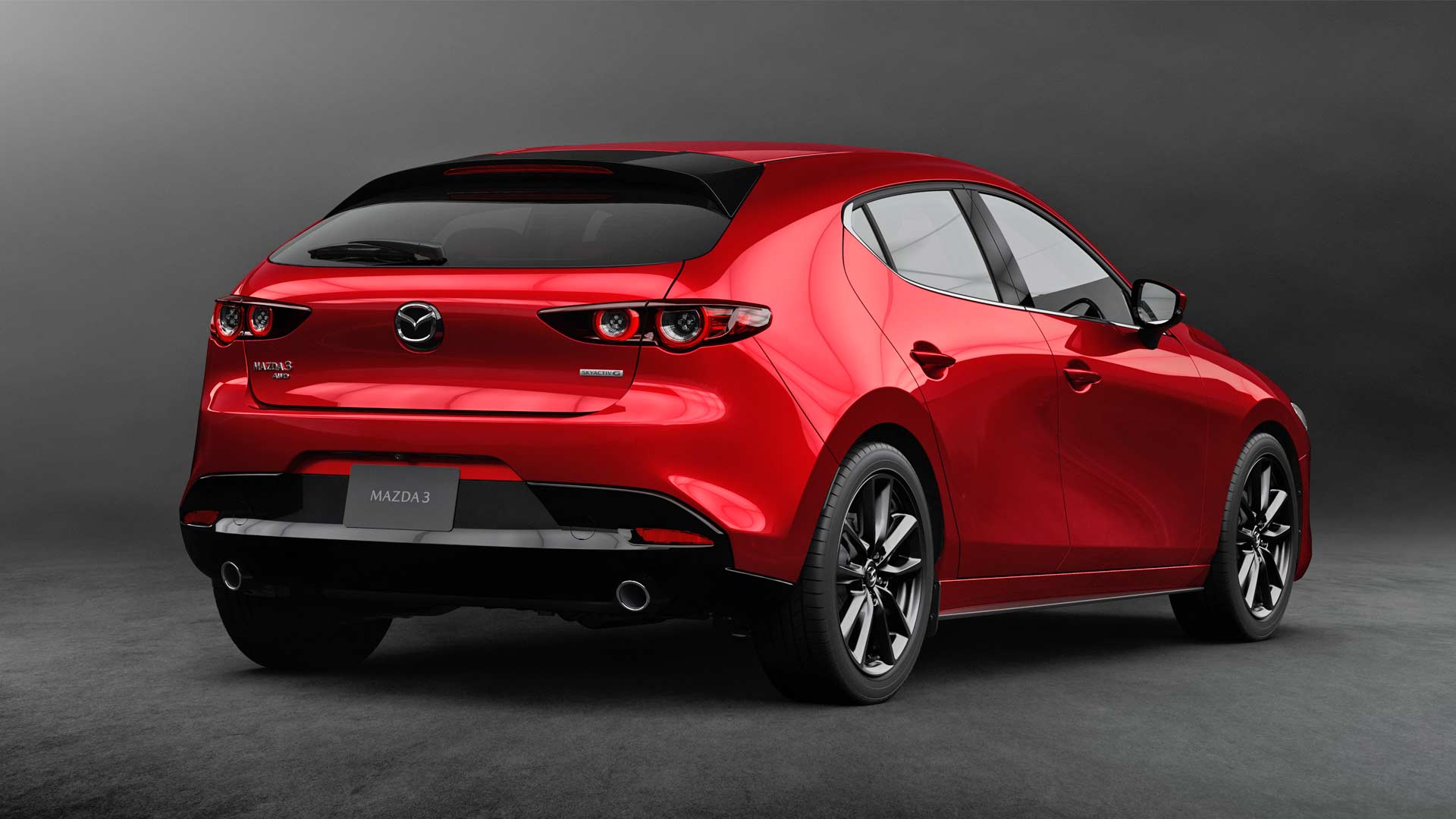 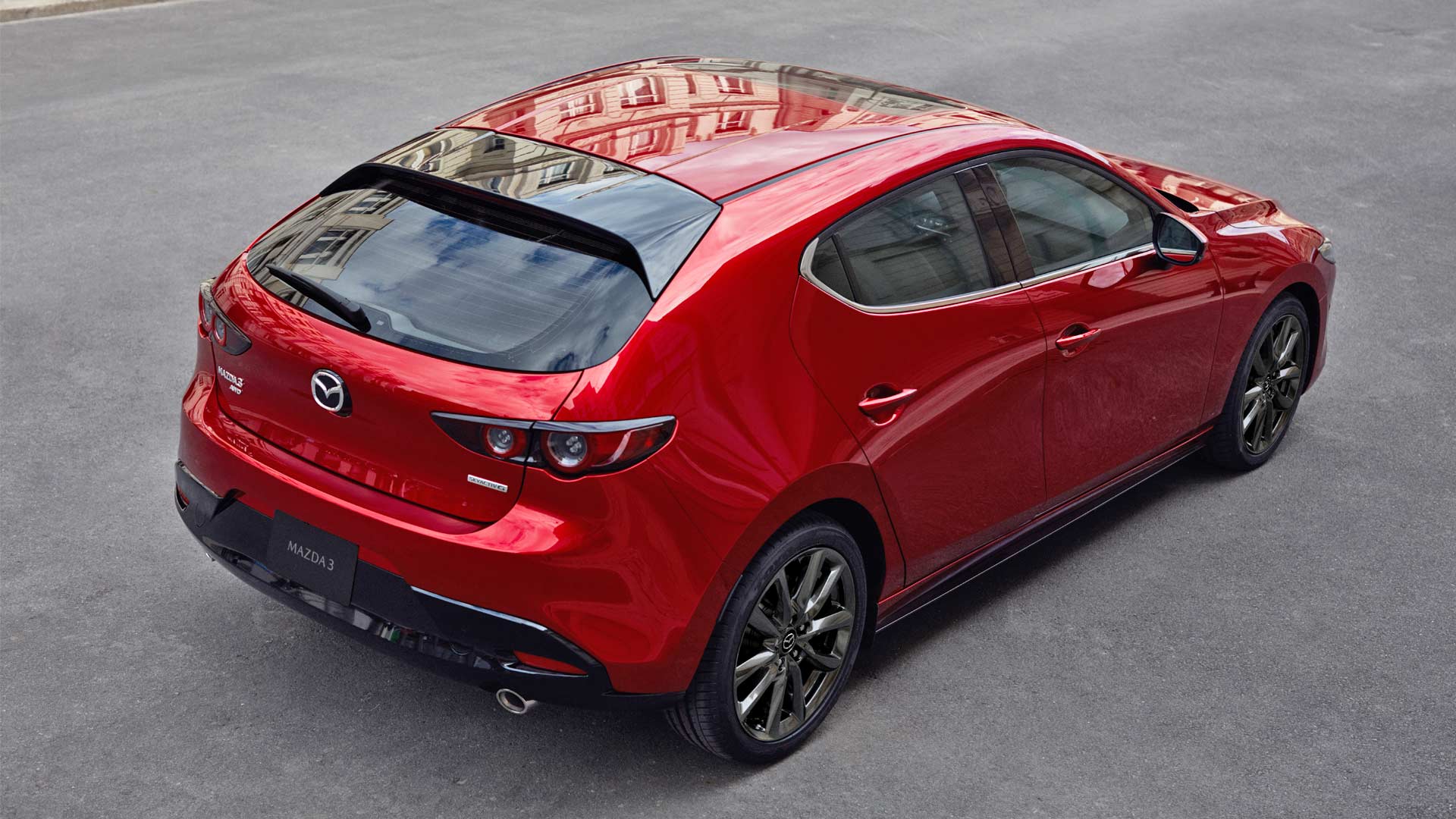 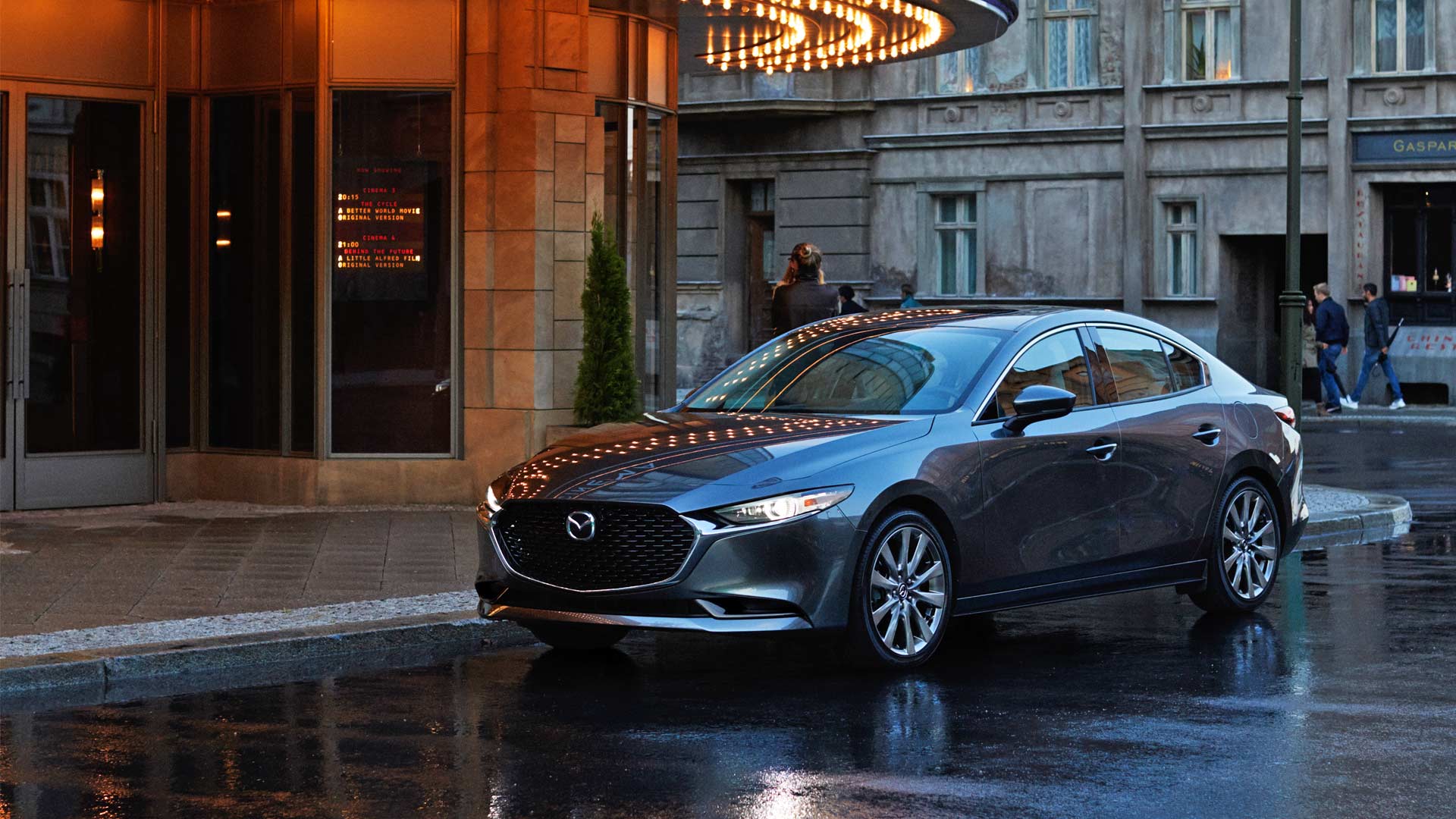 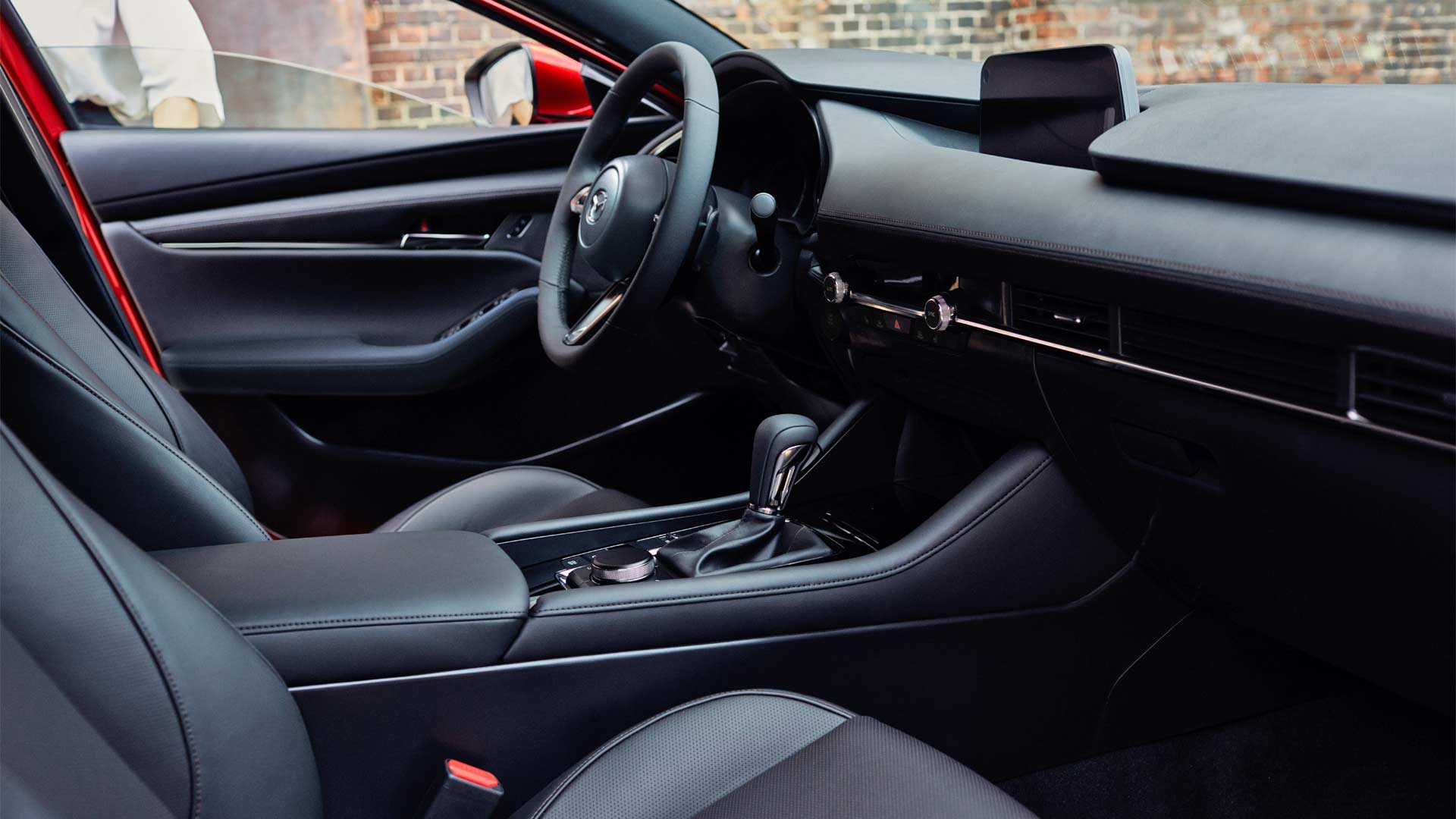 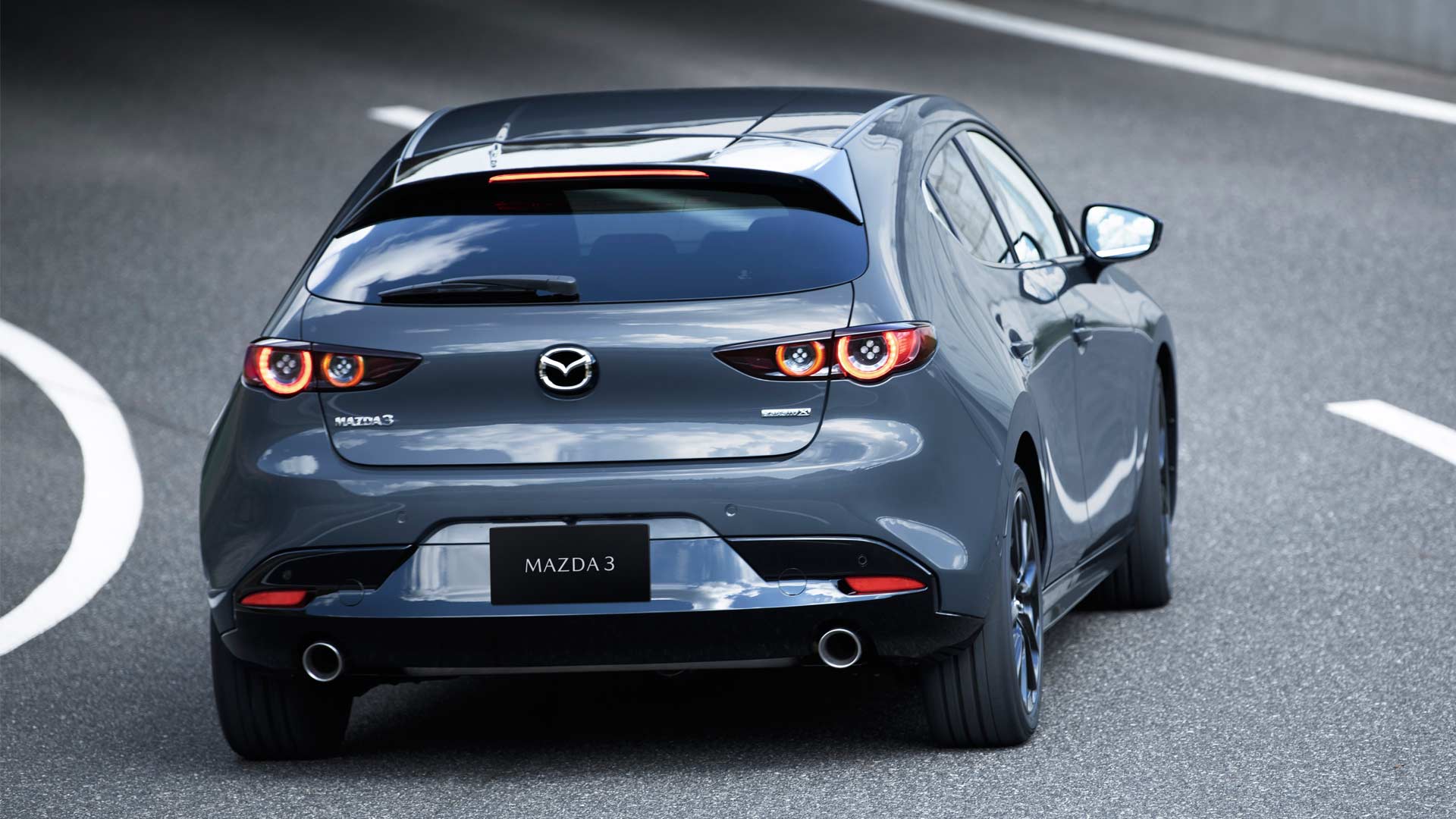 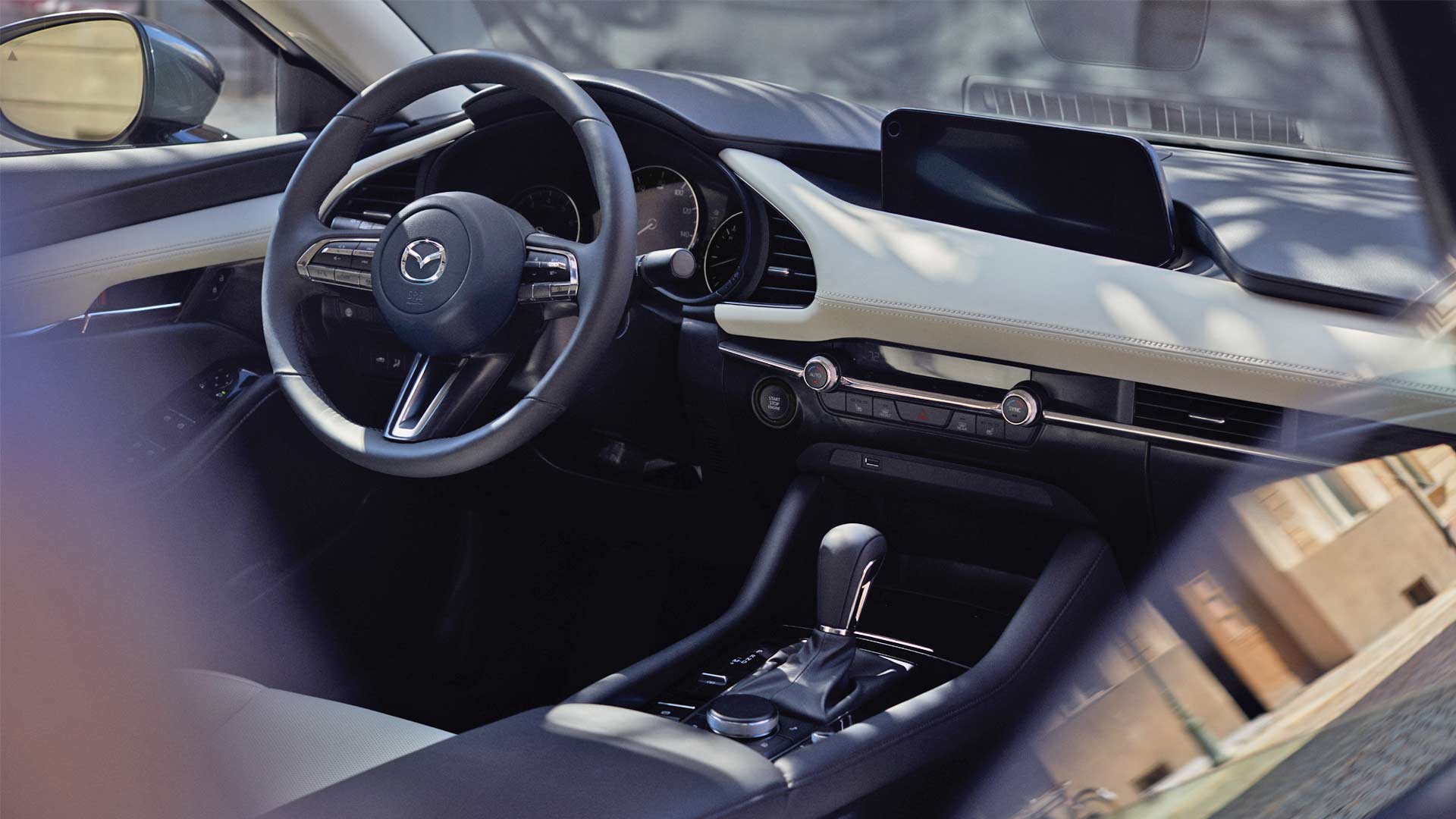 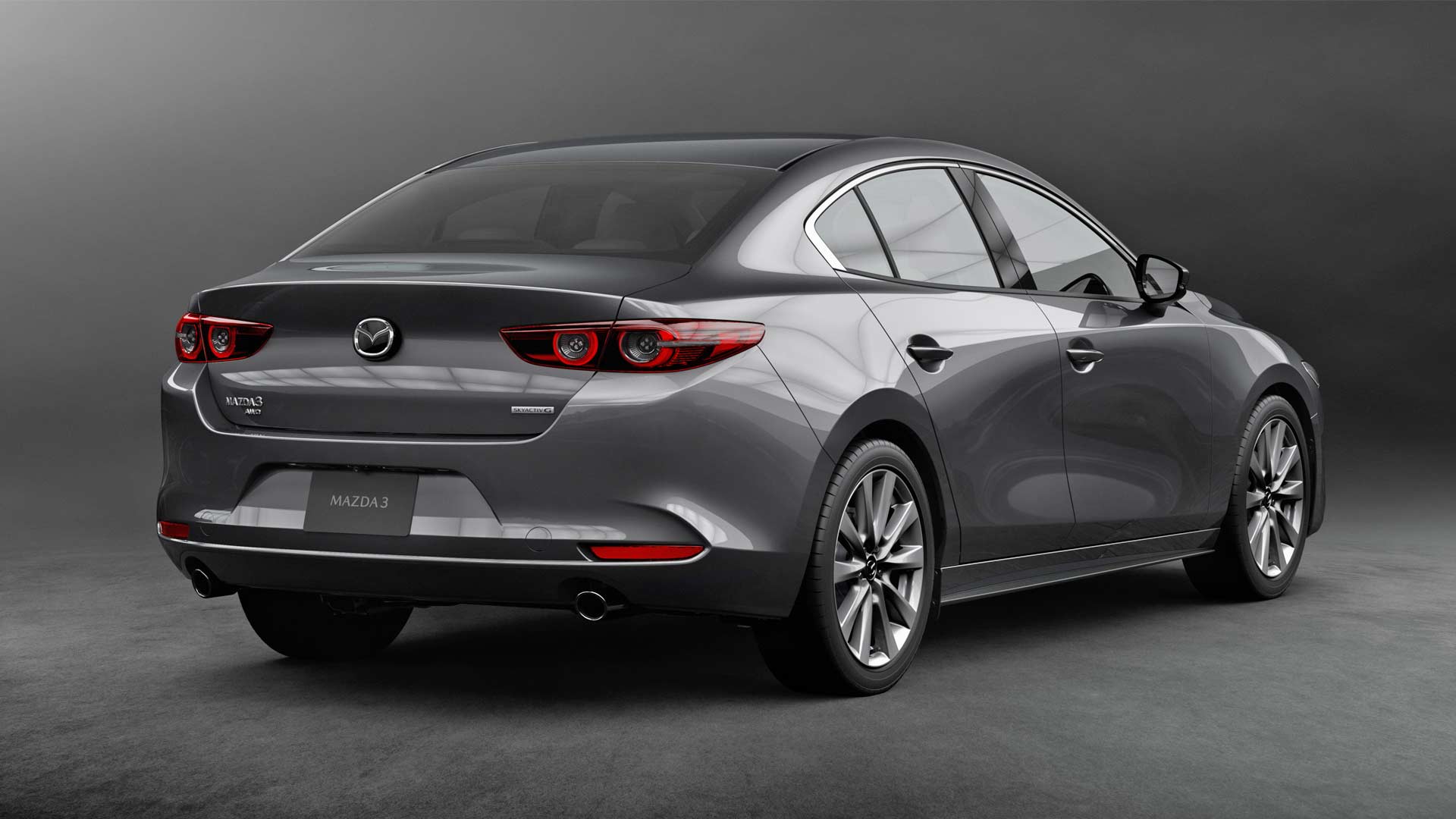