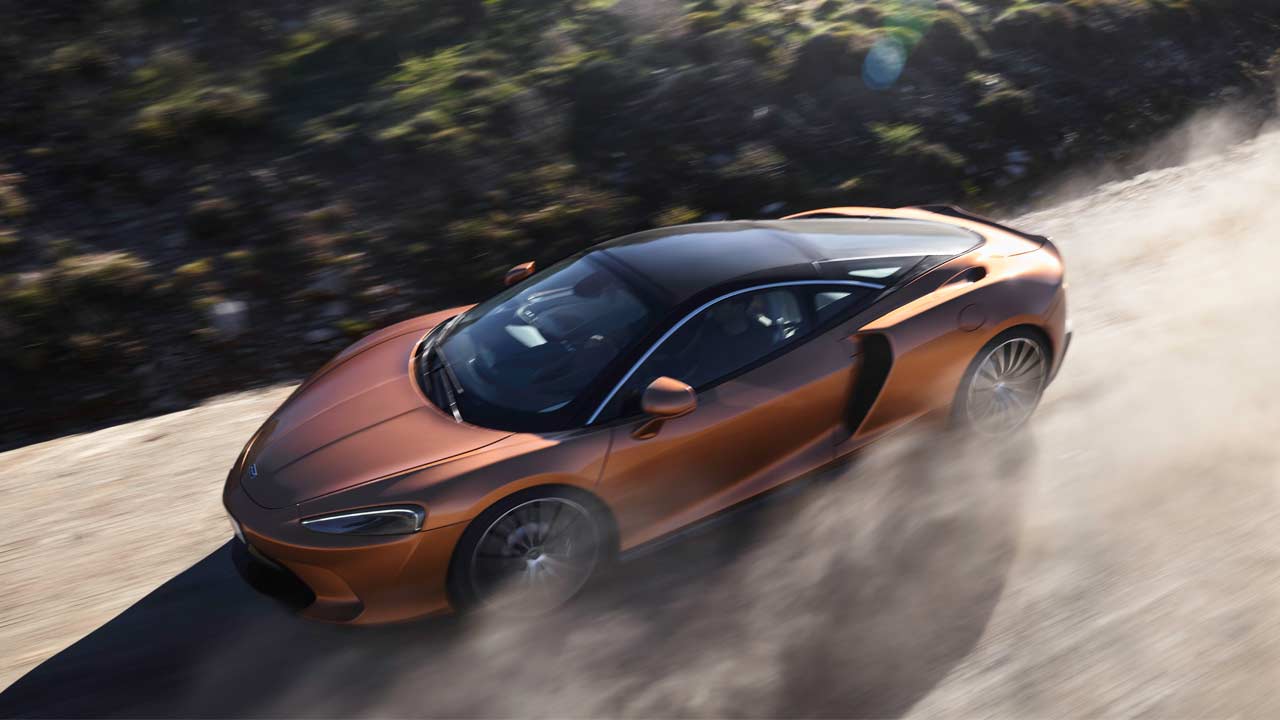 Sometimes, I spend hours thinking about a better title for a story; only to end up with a generic or a boring one. It happens in the automotive industry too; finding a better name can be difficult. Ferrari simply called it LaFerrari, for example. As for McLaren’s new Grand Tourer, they kept it simple by just calling it McLaren GT. Should be fine, ask the folks at Affalterbach or Dearborn 😉

The GT marks a new chapter for McLaren, as it is positioned outside the established Sports, Super and Ultimate Series of the brand. The simplicity can be seen in the design too; the car looks more relaxed compared to the other latest McLarens. At almost 4.7 m, the new GT is longer than any of the cars in the McLaren Sports or Super Series.

The front and rear overhangs extend further than is traditional for McLaren, but the 10-degree approach angle at the front (13-degree with vehicle lift engaged) means the new GT can cope with the most aggressive traffic calming measures, the company said. The ground clearance of 110 mm can be increased to 130 mm with vehicle lift. The new GT is built on a derivative of MonoCell II monocoque chassis called MonoCell II-T, where the T denotes ‘Touring’. The chassis incorporates a carbon fibre rear upper structure that allows for a 420-litre luggage area below the front-hinged, full-length glazed tailgate. The tailgate has a soft-close function as standard and can be optioned as electrically powered. Apparently, the GT can accommodate a golf bag or two pairs of 185 cm skis. Unlike its competition such as the Bentley Continental and Aston Martin DB11 or even the AMG GT family, the McLaren GT is mid-engined; meaning there’s an additional 150-litres of storage at the front. The designers have taken a relaxed approach for the interiors too. Buyers can add more glazed panels in the form of an electrochromic glazed panel in lieu of the standard carbon fibre composite gloss black roof, darkening or lightening at the touch of a button. The standard Nappa leather trim can be upgraded to softgrain leather or Alcantara. Adding more premium touch to the interiors are machined and knurled aluminium switches and controls. Options list also includes a 12-speaker, Bowers & Wilkins premium audio system featuring carbon fibre sub-bass woofers and Kevlar mid-range drive units. Cashmere will become available as an additional choice towards the end of 2019. SuperFabric trim for the rear luggage bay is another option, the woven fabric that is infused with a layer of tiny armoured guard plates, apparently provides increased resistance to stains, cuts, nicks and abrasions, as well as being breathable, easy to clean and quick to dry. The driver gets a 12.3-inch TFT screen with graphics inspired from the world of aviation. The infotainment system on the new GT is apparently the company’s most sophisticated to date, featuring HERE navigation mapping and real-time traffic information. Dual-zone climate control and air conditioning are standard, with the system allowing fully automatic and independent settings for both the driver and passenger. The GT is claimed to sprint from 0-100 km/h (62 mph) in 3.2 seconds and on to a top speed of 326 km/h (202 mph). Suspension duties are handled by aluminium double wishbone with hydraulic dampers. The GT borrows the software algorithm developed for the 720S, which uses inputs from sensors to “read” the road, interpreting what will likely happen next and apparently, can react predictively in just 2 milliseconds. The GT gets cast iron discs (367 mm front; 354 mm rear) as standard while Carbon Ceramic discs with forged aluminium calipers are optional. The 21-inch alloy wheels at the rear are the largest ever fitted to a McLaren, are paired with 20-inch at the front and available in 7- or 15-spoke designs. The wheels are shod with a bespoke P Zero tyres (225/35 front; 295/30 rear).

UK pricing starts at £163,000 including taxes, with customer deliveries commencing towards the end of 2019. 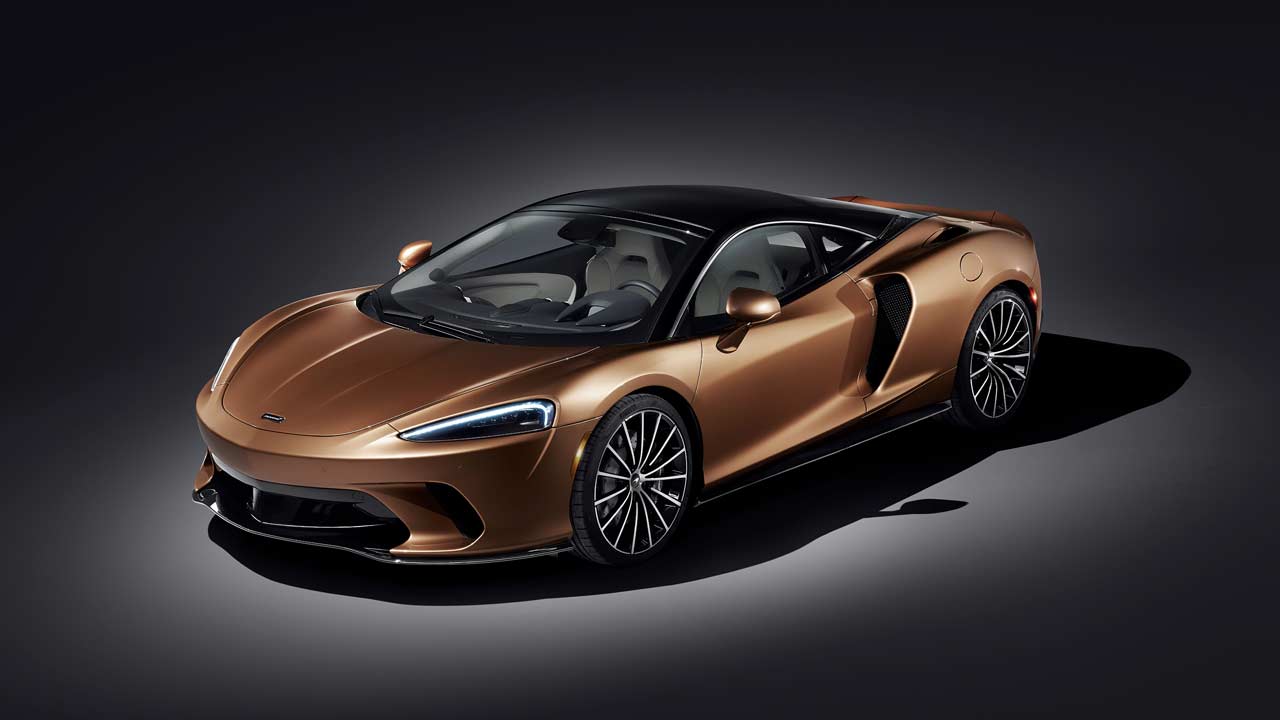 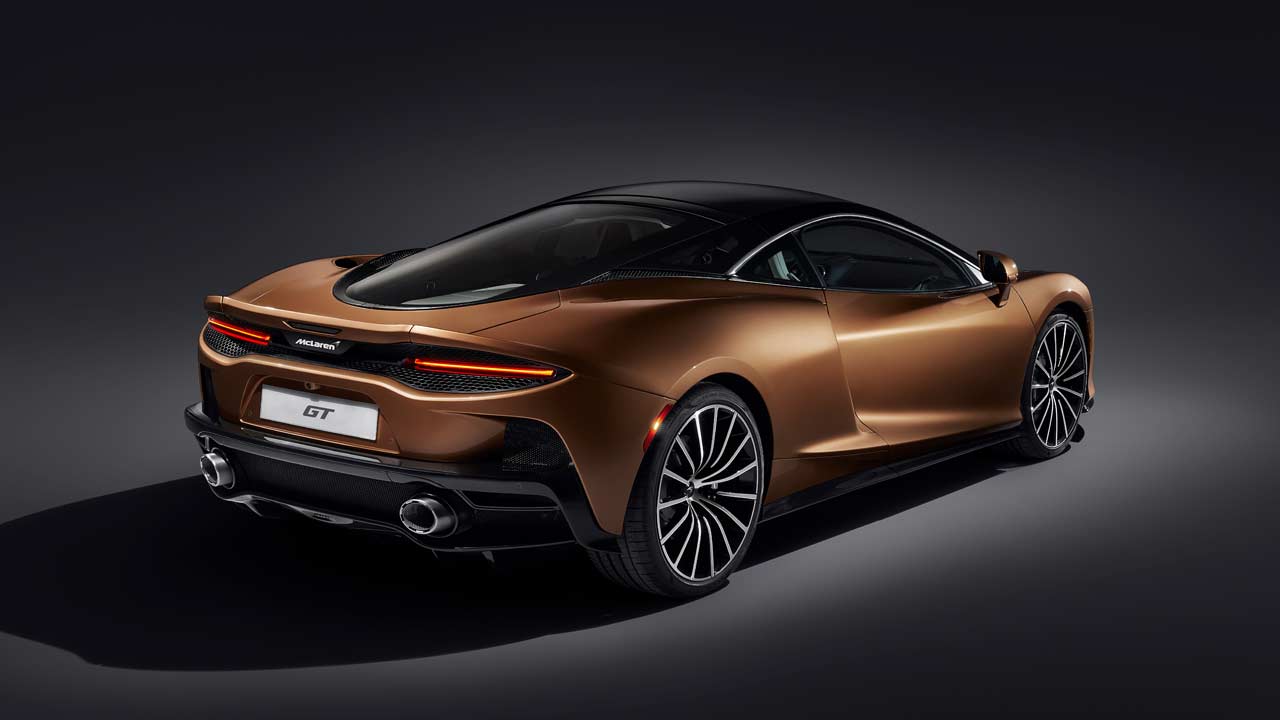 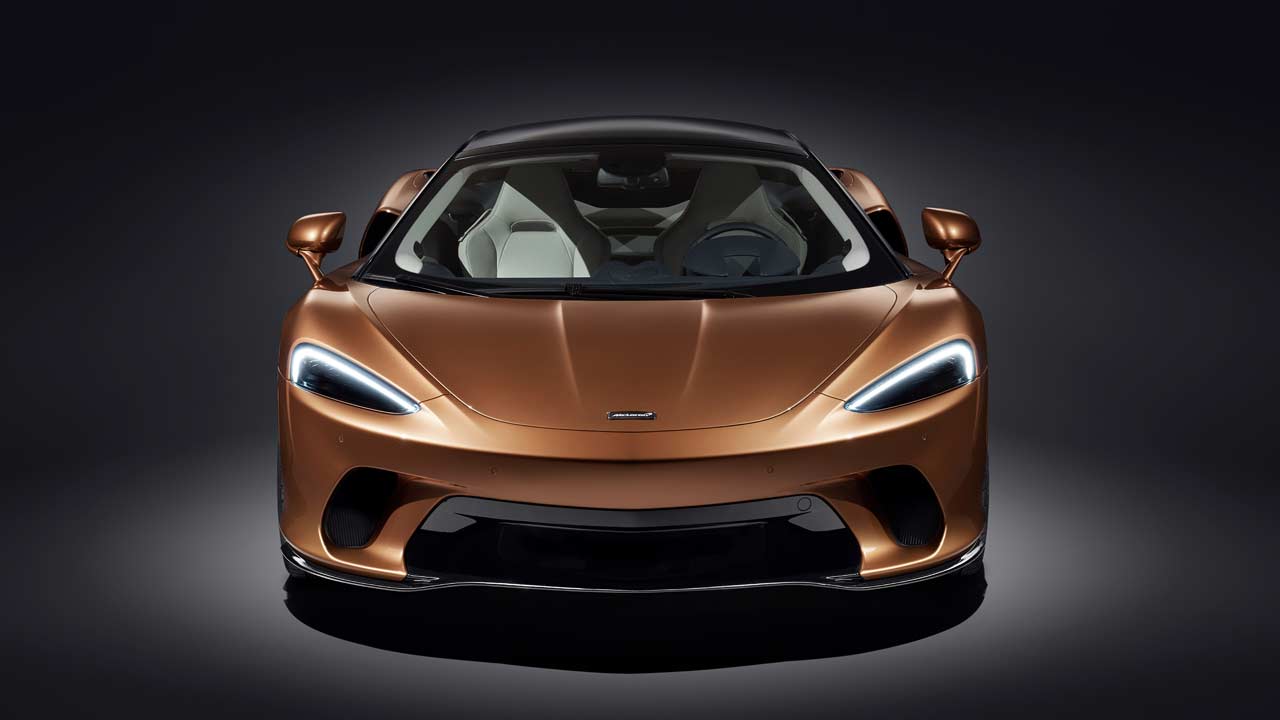 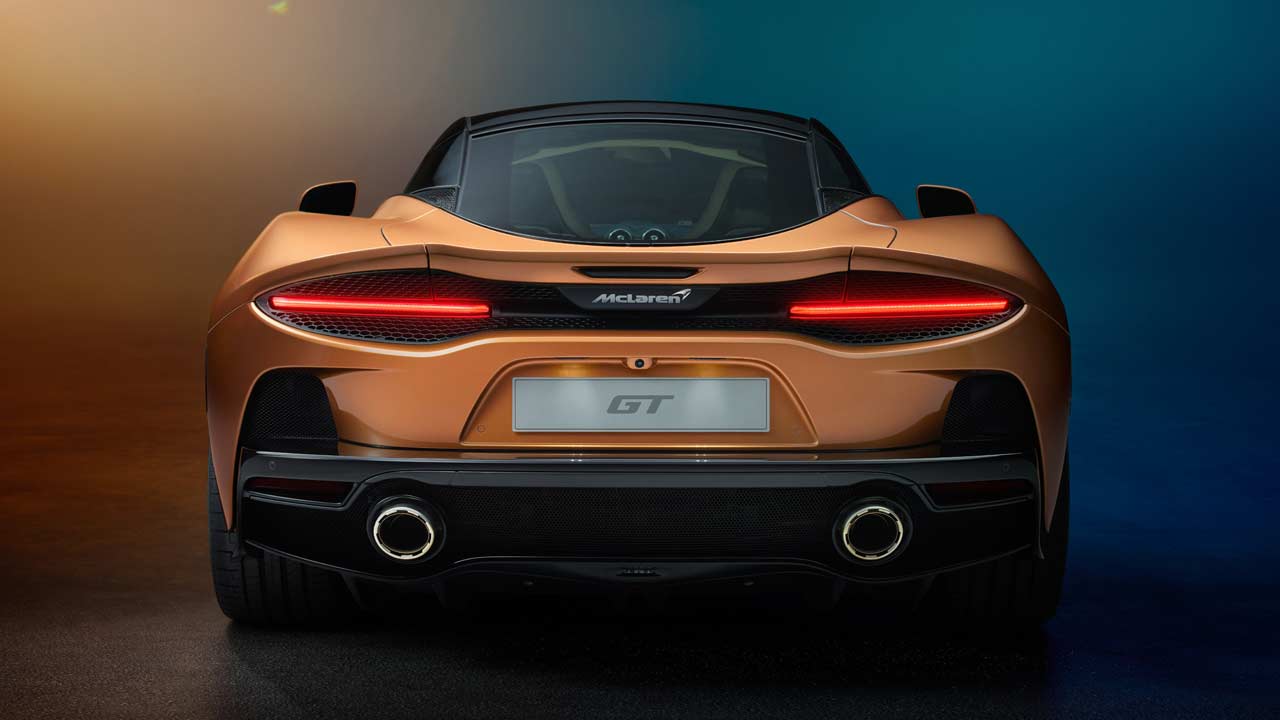 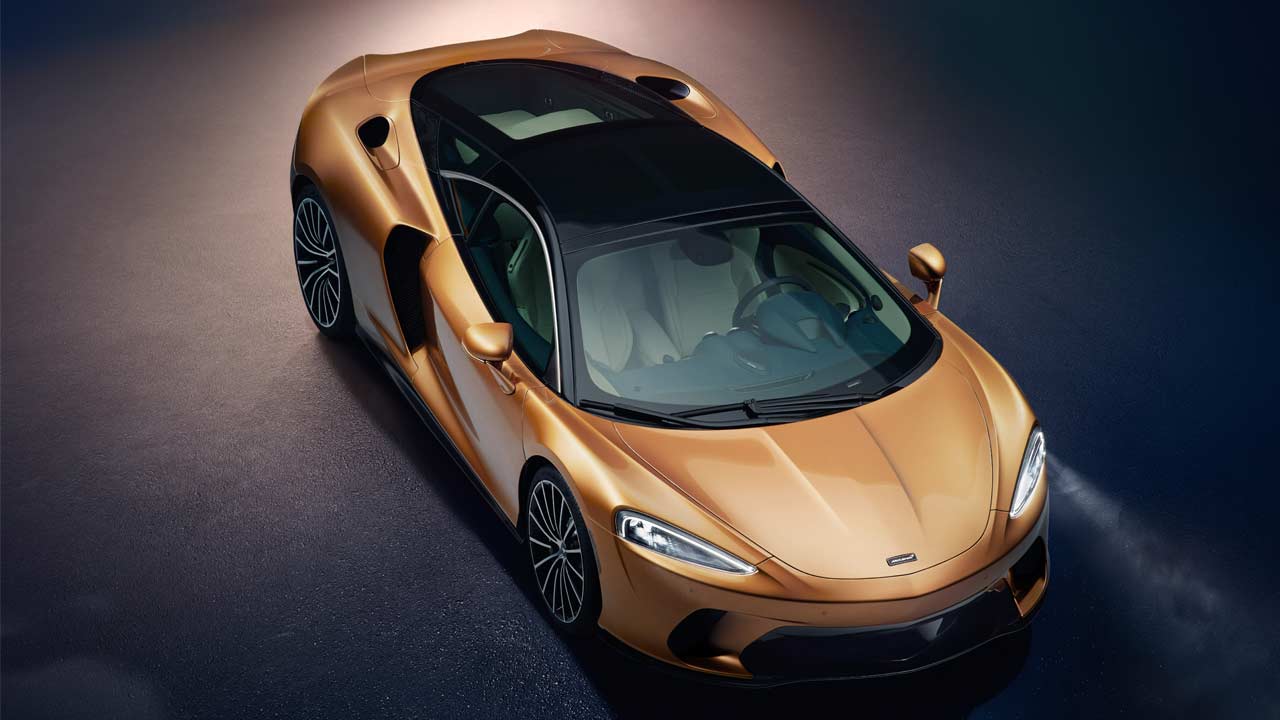 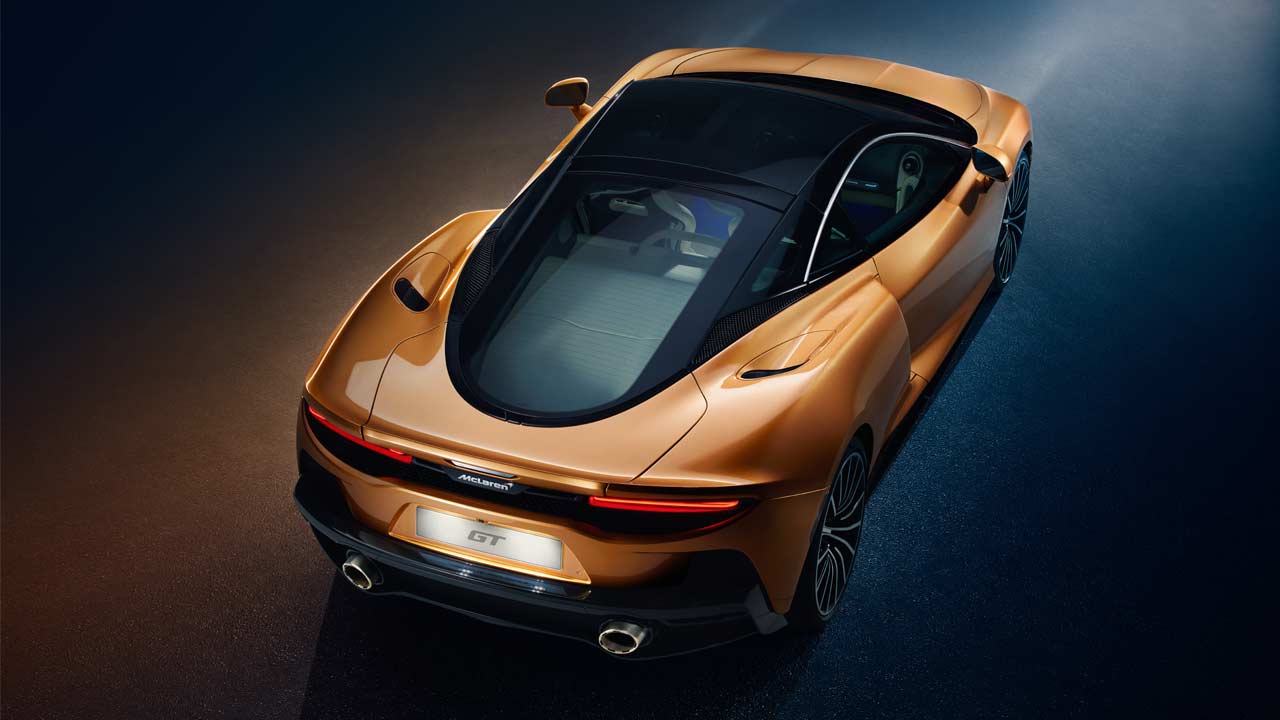 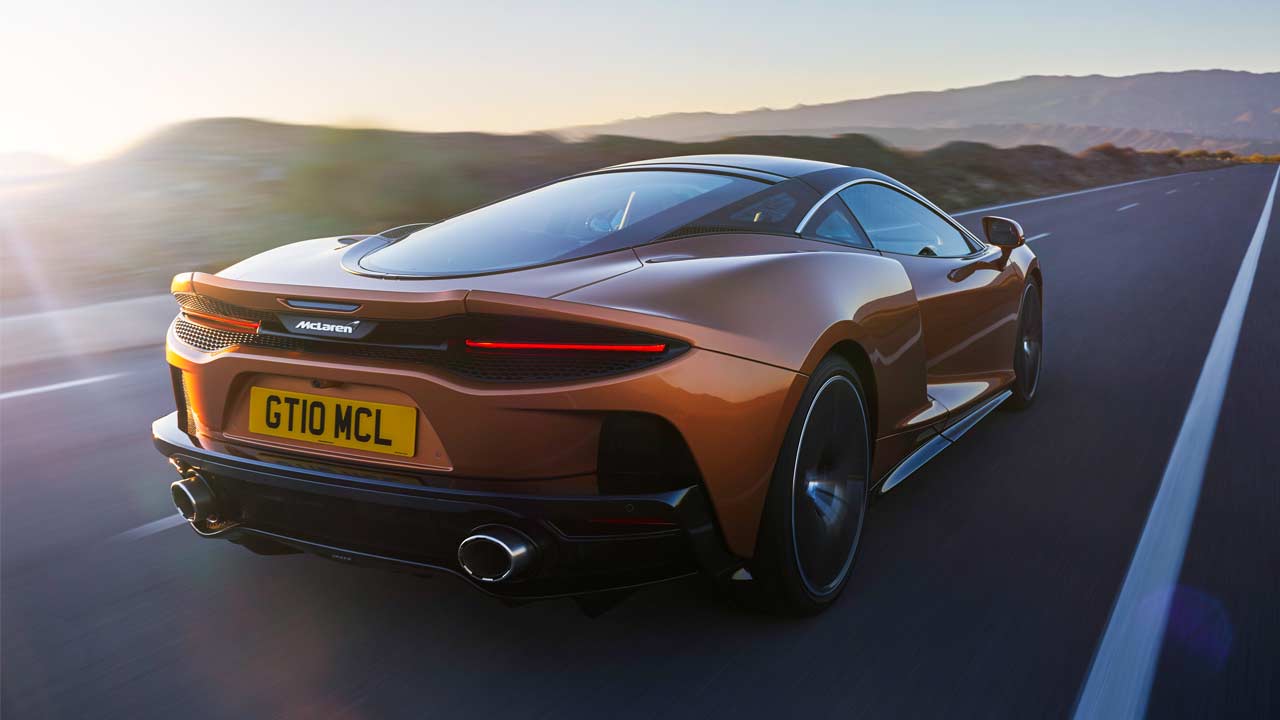