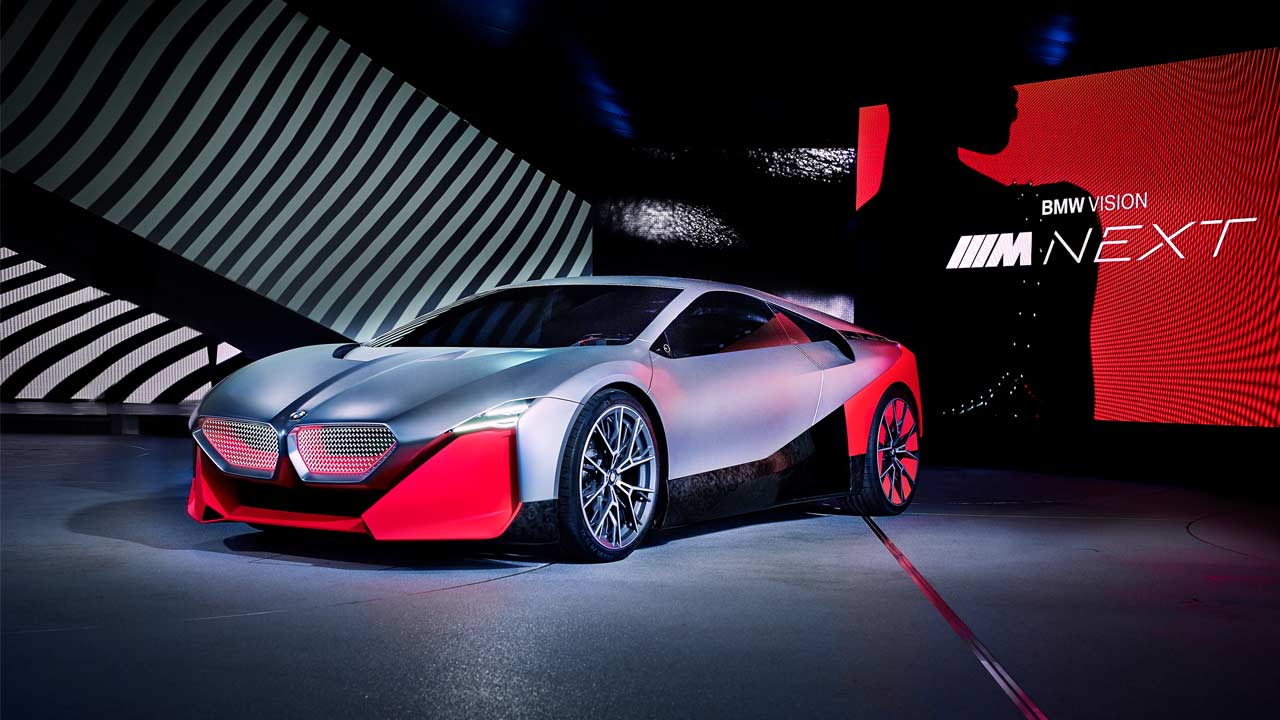 As the automotive industry transitions towards ACES (Autonomous, Connected, Electric, Shared) future, some questions need to be answered as to what the performance divisions of a carmaker would be working on. The engineers won’t be working on tuning the soundtrack of a V8, obviously. Might also make you a bit sad that the V10 and V12s are already a dying breed.

Most likely, the engineers will be working on plug-in hybrid vehicles followed by fully electric ones later on. As for BMW, the company at the #NEXTGen event held at the BMW Welt in Munich announced that by 2023, there’ll be a total of 25 electrified models, of which, more than half will be fully electric.

One of that will most likely be a production version of this Vision M Next concept. The design as you might have guessed is a mix of BMW’s current lineup and something from the ’70s. More specifically, it borrows the styling cues from the i8 and the M1.

The BMW Vision M NEXT is a sports car that would also be suitable for use in city centres where zero-emissions zones may come into force in the future. 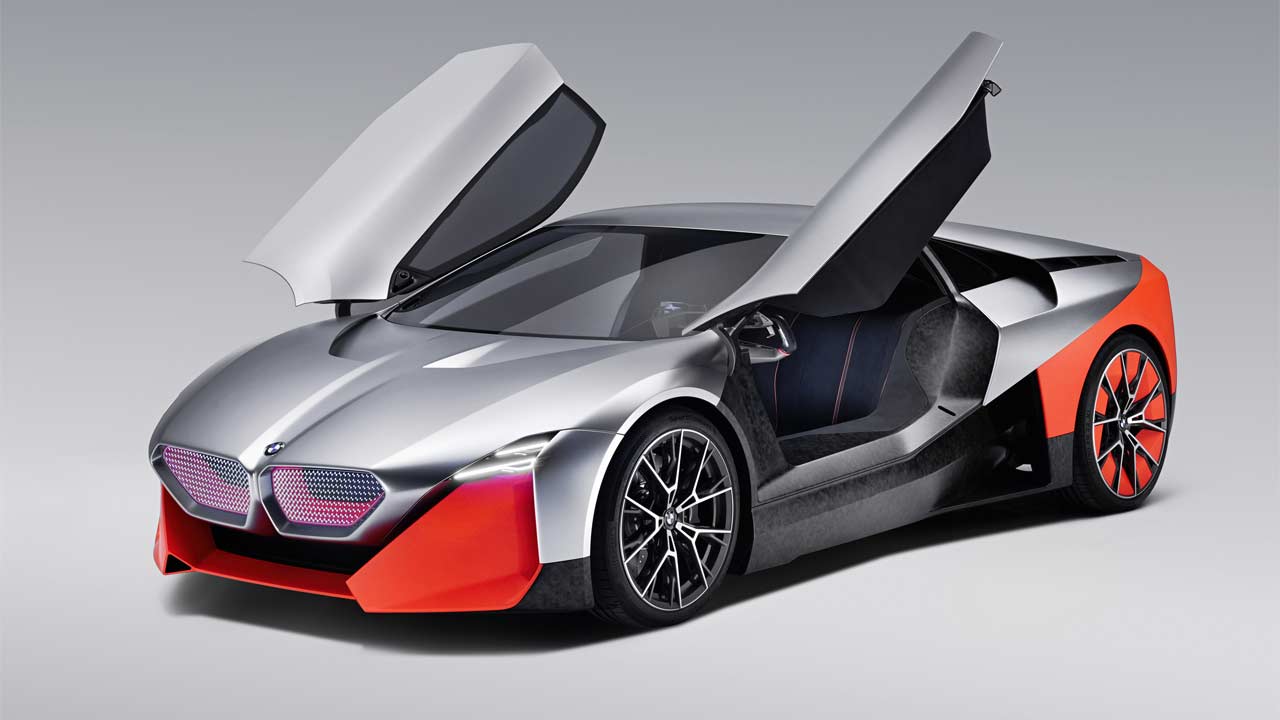 The kidney grille is flanked on either side by triangular elements in Thrilling Orange, a color also found at the rear of the concept. The closed grille has a transparent layer with a laser-etched, illuminated turbine pattern. Another experiment the designers have done are the headlamp elements arranged one above the other rather than side by side. The headlamps and tail lamps are made of Laser Wire lighting technology, where glass fibres coated with phosphorous are used to produce light elements. 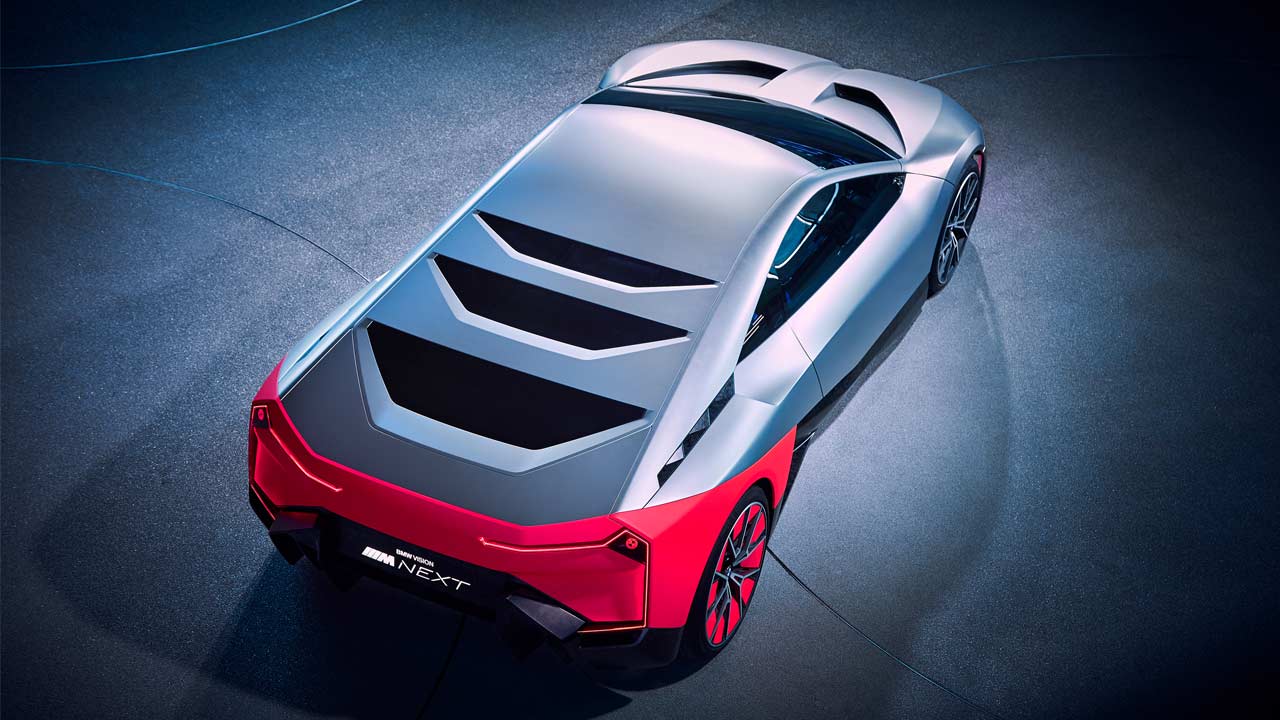 The design inspiration for the rear-end mostly comes from the M1. As for the wheels, the front ones measure 21-inch while the rear is of 22-inches. The spokes’ open, three-dimensional architecture maximizes cooling of the large brake discs at the front, while inserts optimize aero efficiency at the rear, BMW said. 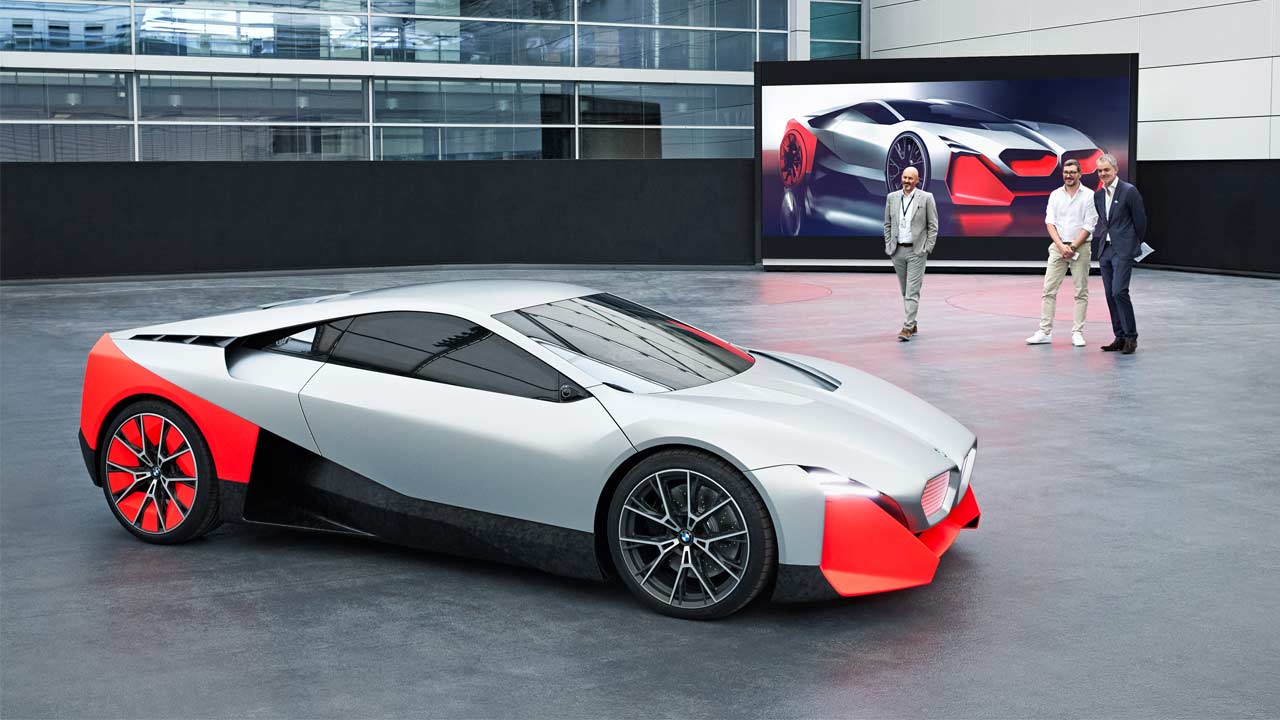 The iconic Hofmeister kink effect flows into the contoured shoulders instead of incorporating it into the window graphic. The black side skirts are made of recycled carbon fibre, and so is the diffuser at the rear. 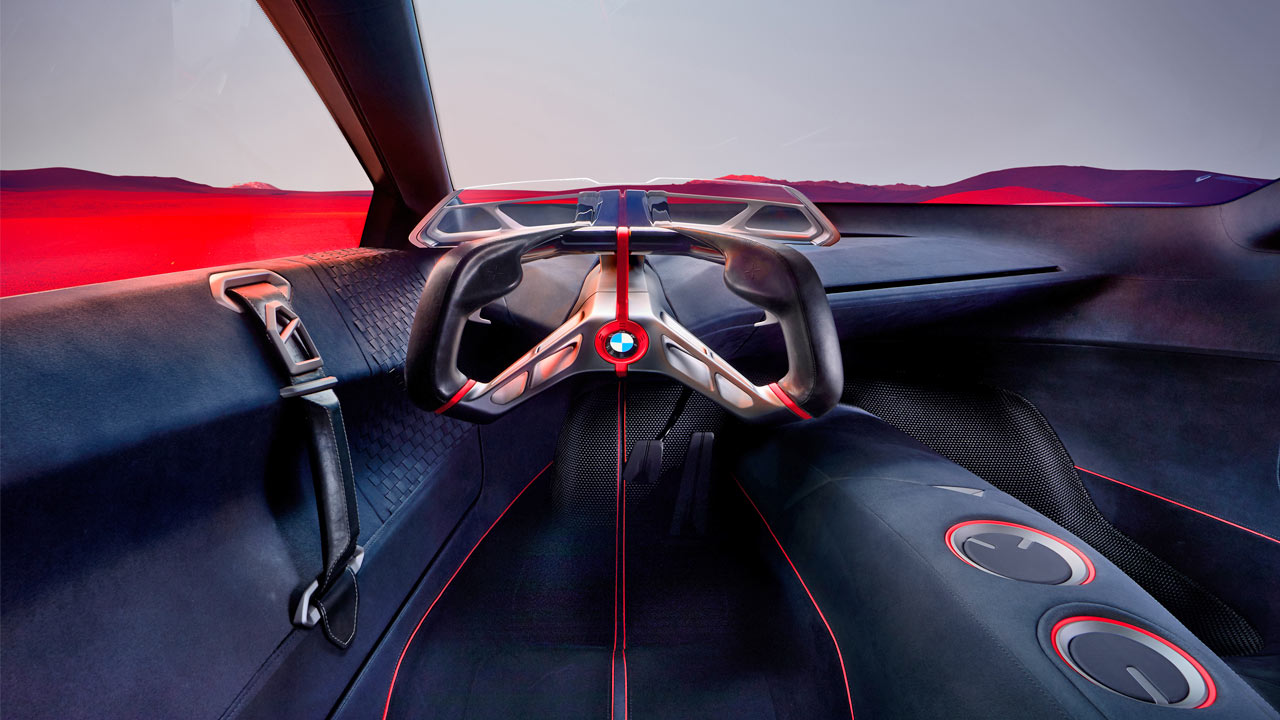 Accessing the interiors are through facial recognition technology that unlocks the car automatically as the driver approaches. Pressing the touch sensor on the gullwing doors prompts them to swing open. Once inside, the minimalist layout revolves entirely around the driver.

The entire interior is focused on the BOOST Pod. The geometry has a deliberately low-key feel so that the driver can concentrate fully on the driving experience – Domagoj Dukec, Vice President BMW Design 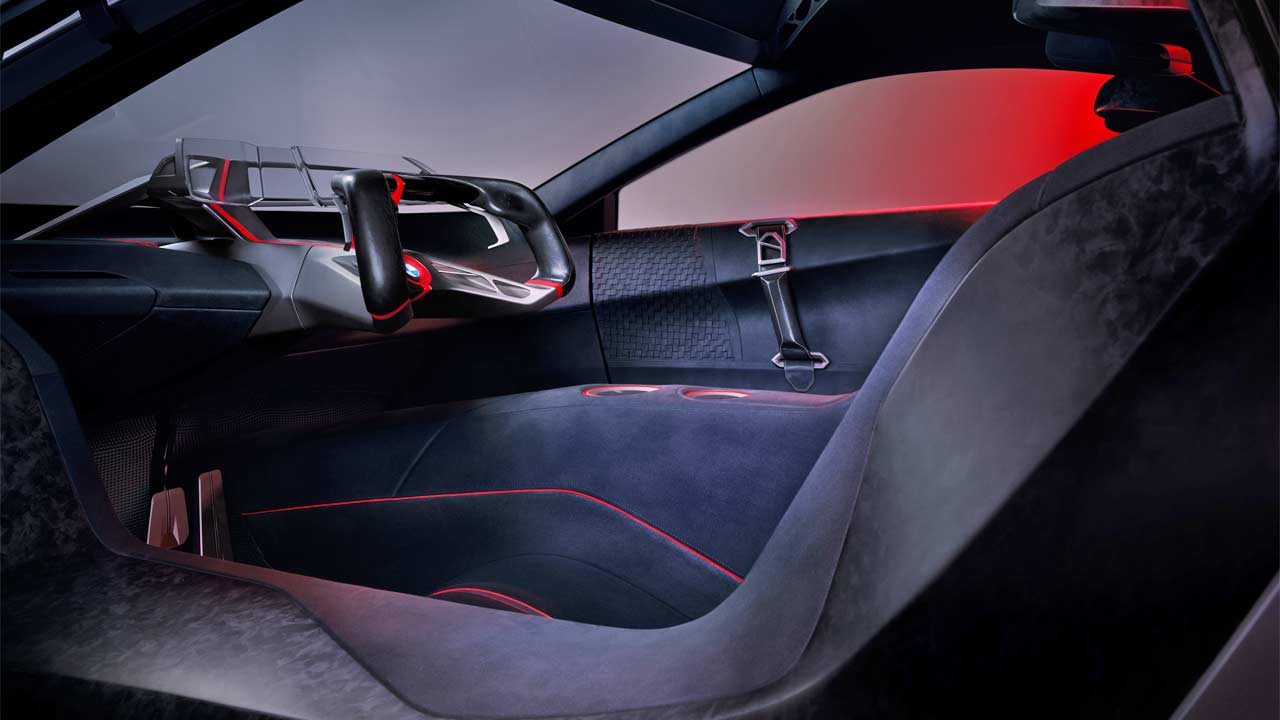 The seat shells are integrated into the monocoque and are upholstered in a foam material with shape memory properties, capable of moulding itself to support the driver’s body. The head restraints seem to hover above both seat shells, adding to the sense of lightness. 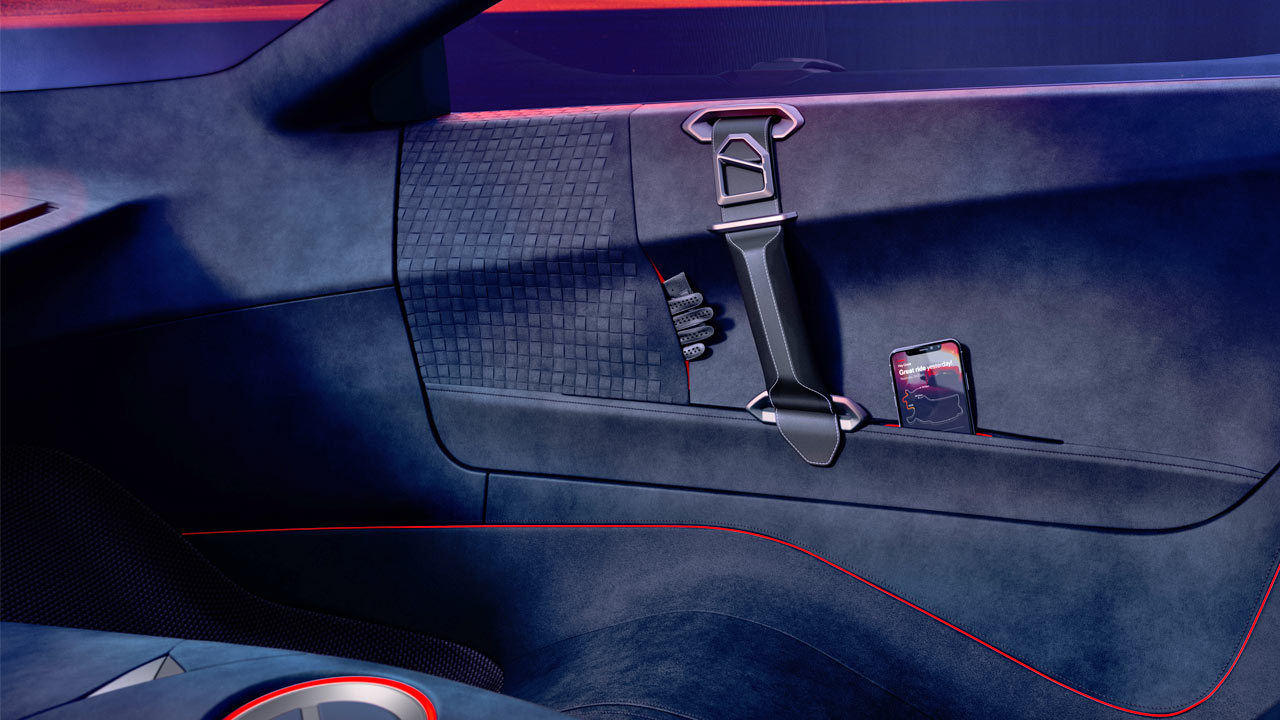 The usage of leather has been kept deliberately to a minimum; it only adorns the design details that the driver’s and passenger’s hands touch directly, such as the steering and door pull handles. The interior is dominated by a Midnight Blue microfibre fabric. 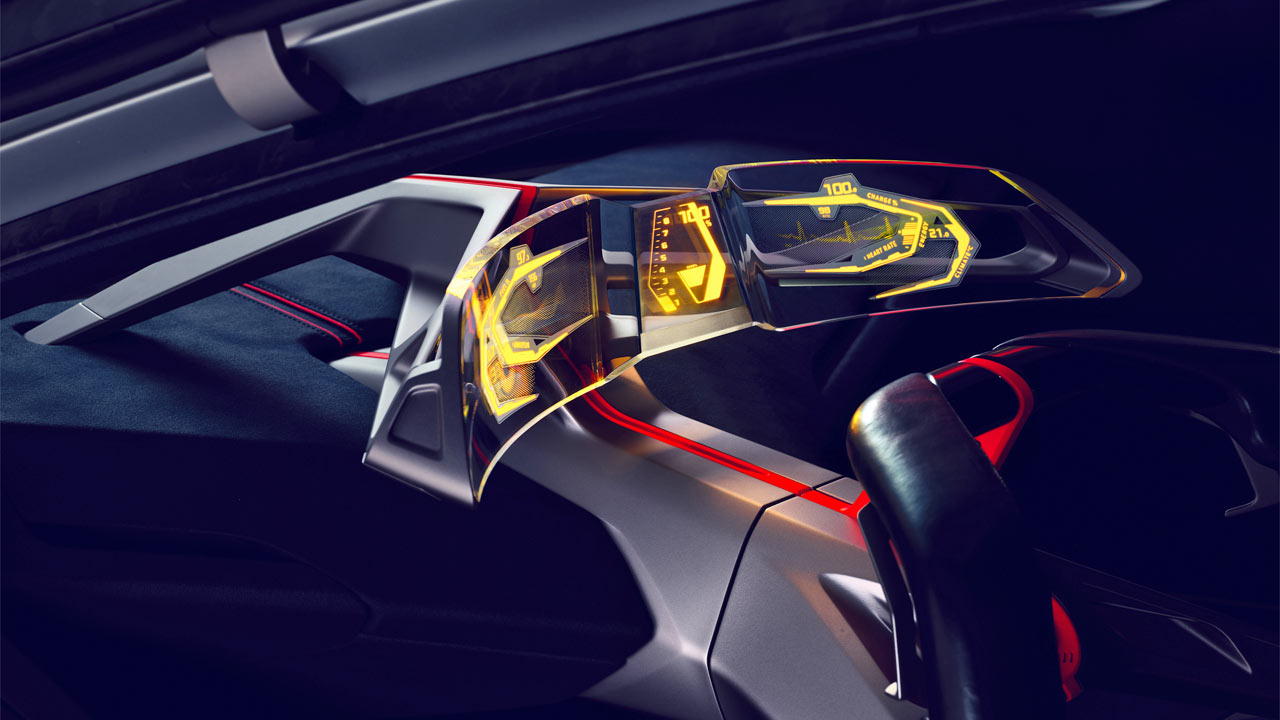 The attention-grabbing thing is of course, the Curved Glass Display – a transparent surface stretching around the steering wheel (or, should we just say steering controller?) like a visor. Besides information such as revs, speed, energy management, it also displays driver’s heart rate and availability of Boost+ mode. There’s also a full-surface Augmented Reality Head-Up Display in the windscreen. 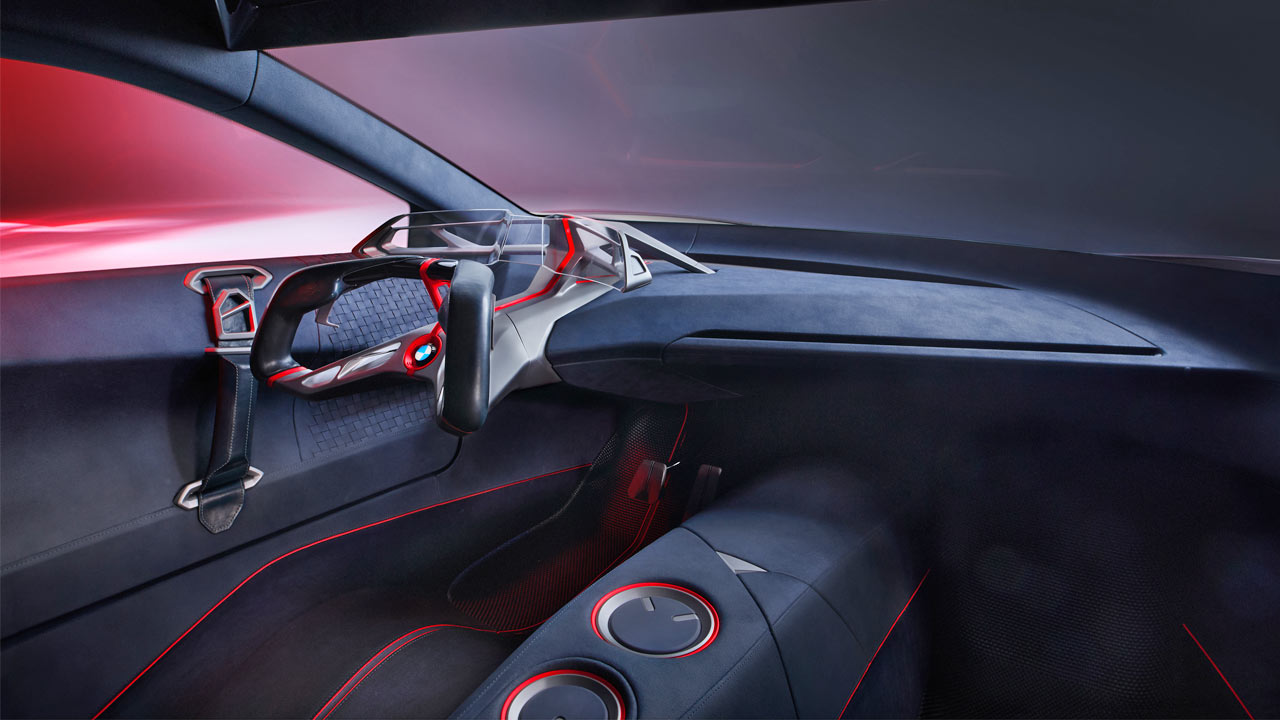 The BMW Vision M Next is a plug-in hybrid concept. It offers the choice between electric all-wheel drive and pure rear-wheel drive, with either fully-electric propulsion or the power of a turbocharged 4-cylinder petrol engine. The system output of 441 kW (600 hp) enables the concept to sprint from 0 – 100 km/h in 3 seconds and onto a top speed of 300 km/h. The aforementioned Boost+ mode puts extra power on tap at the push of a button.

The BMW Vision M Next provides a glimpse into the future of sporty driving – Adrian van Hooydonk, Senior Vice President, BMW Group Design. Where the BMW Vision iNext illustrated how autonomous driving is set to transform life on board our vehicles, the BMW Vision M Next demonstrates how state-of-the-art technology can also make the experience of driving yourself purer and more emotionally engaging. 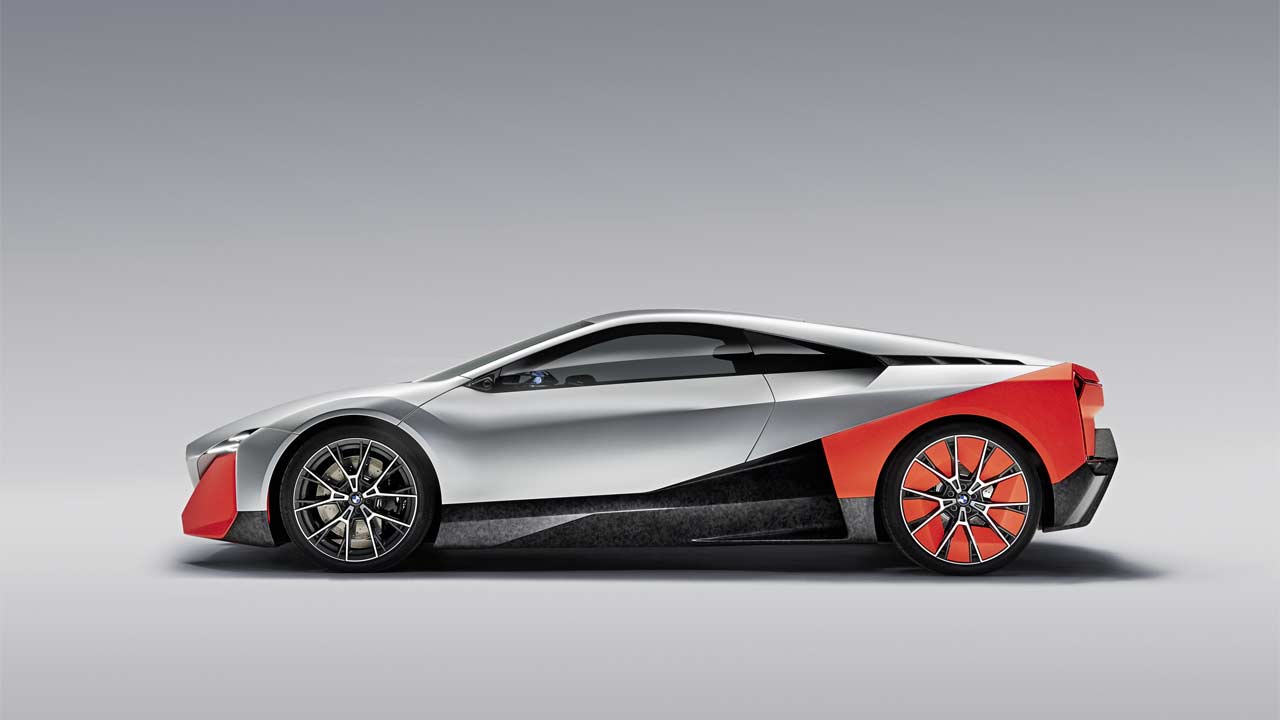 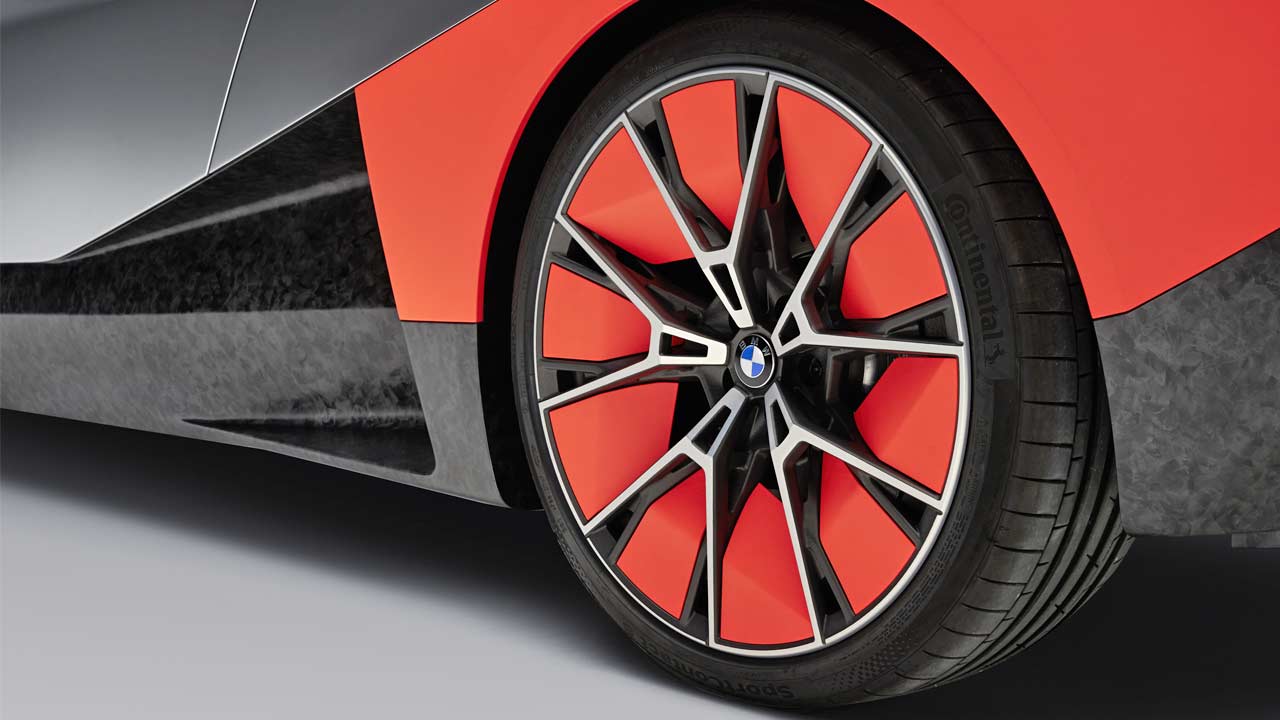 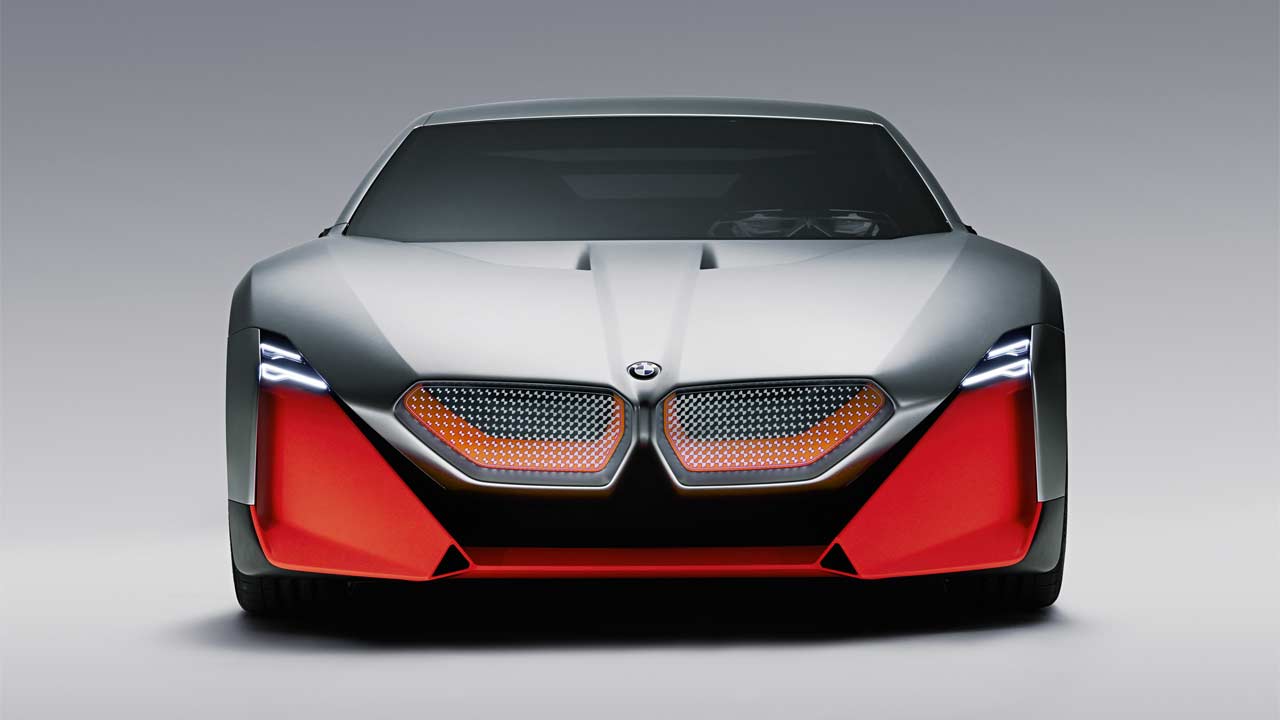 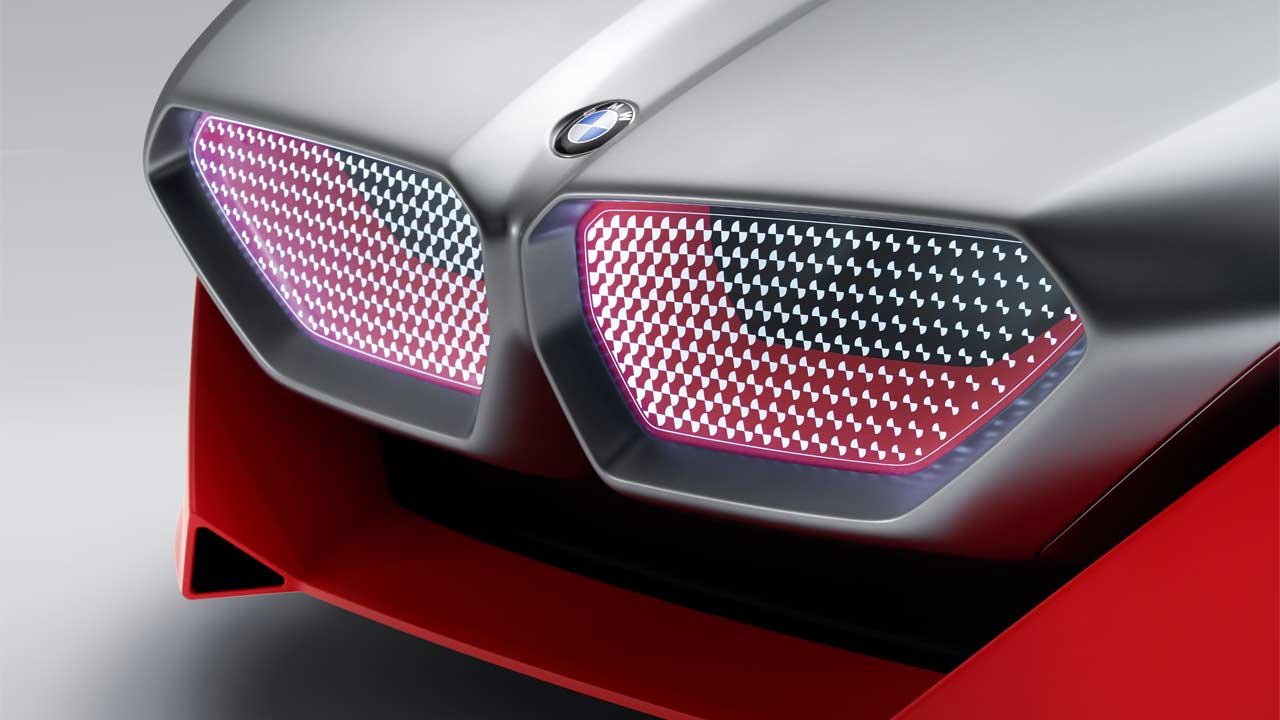 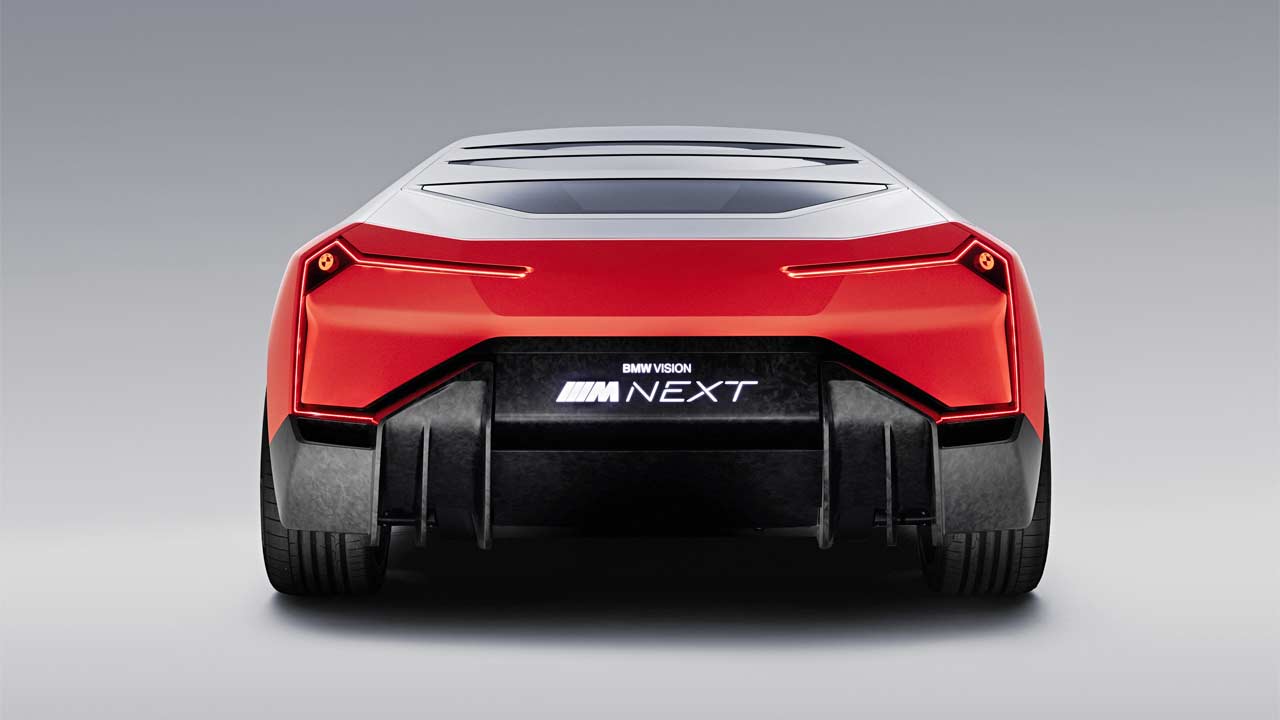 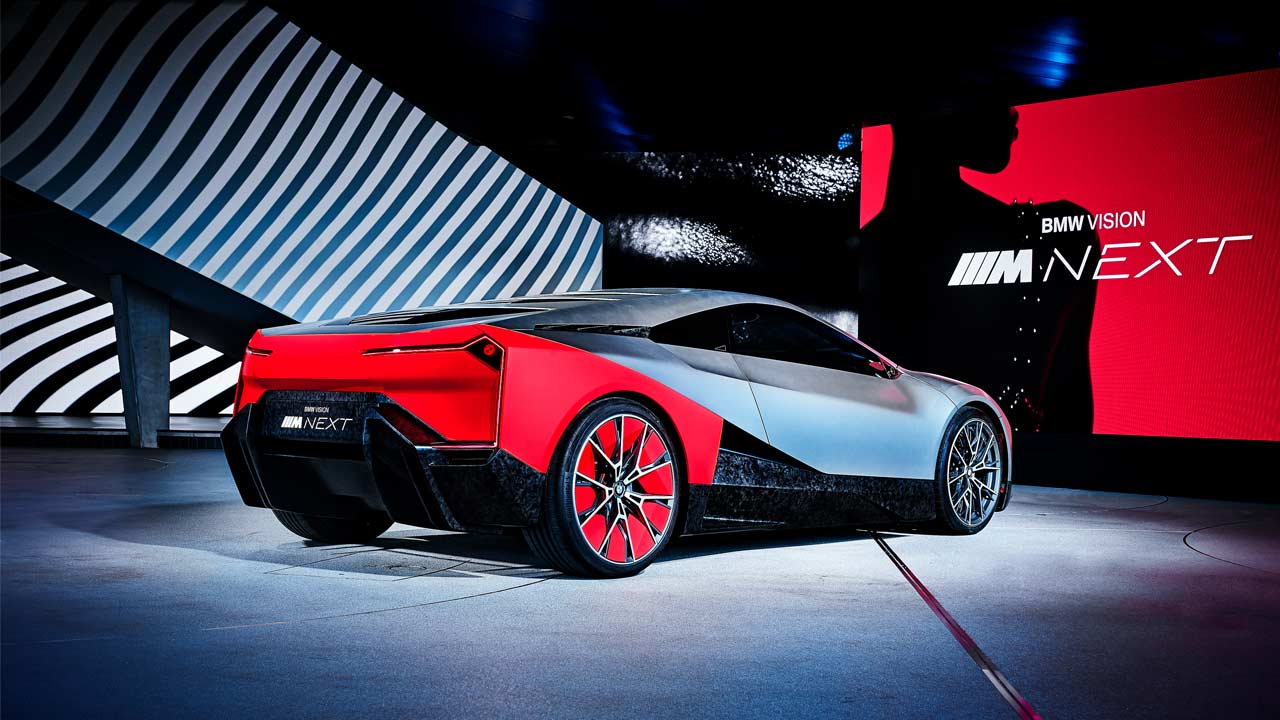