Ford is working on an all-electric F-150 and a prototype demonstrated its towing capabilities by towing 10 double-decker rail cars weighing over 1 million pounds or more than 453,592 kg, for 1,000 feet. 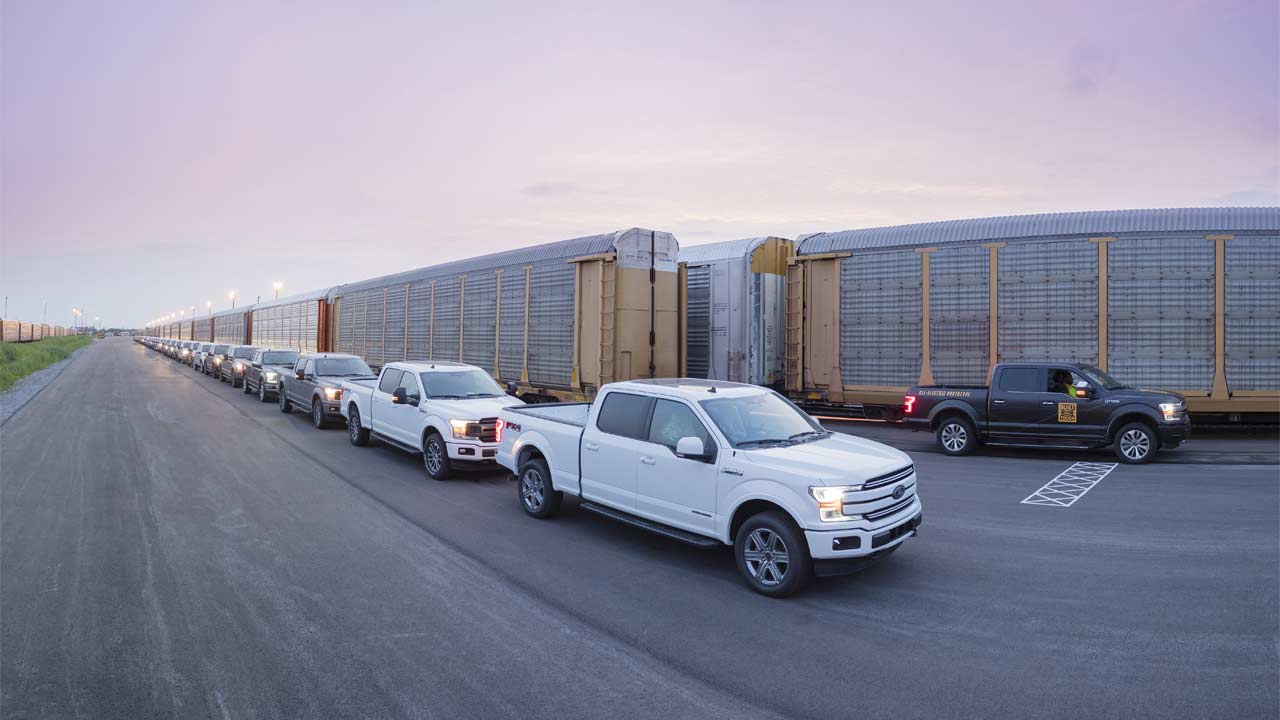 The first exercise was to tow the empty rail cars, and the second attempt was after loading 42 units of 2019 model year F-150s (representing 42 years of production) into the rail cars, which increased the weight even more — over 1.25 million pounds. In both attempts, the prototype seemed to pull the enormous weight without too much effort.

Watch the video and be confused as to what to praise — the truck or the tow strap? Let me know. In addition to the all-electric F-150, an F-150 hybrid is also in the works and will go on sale next year.