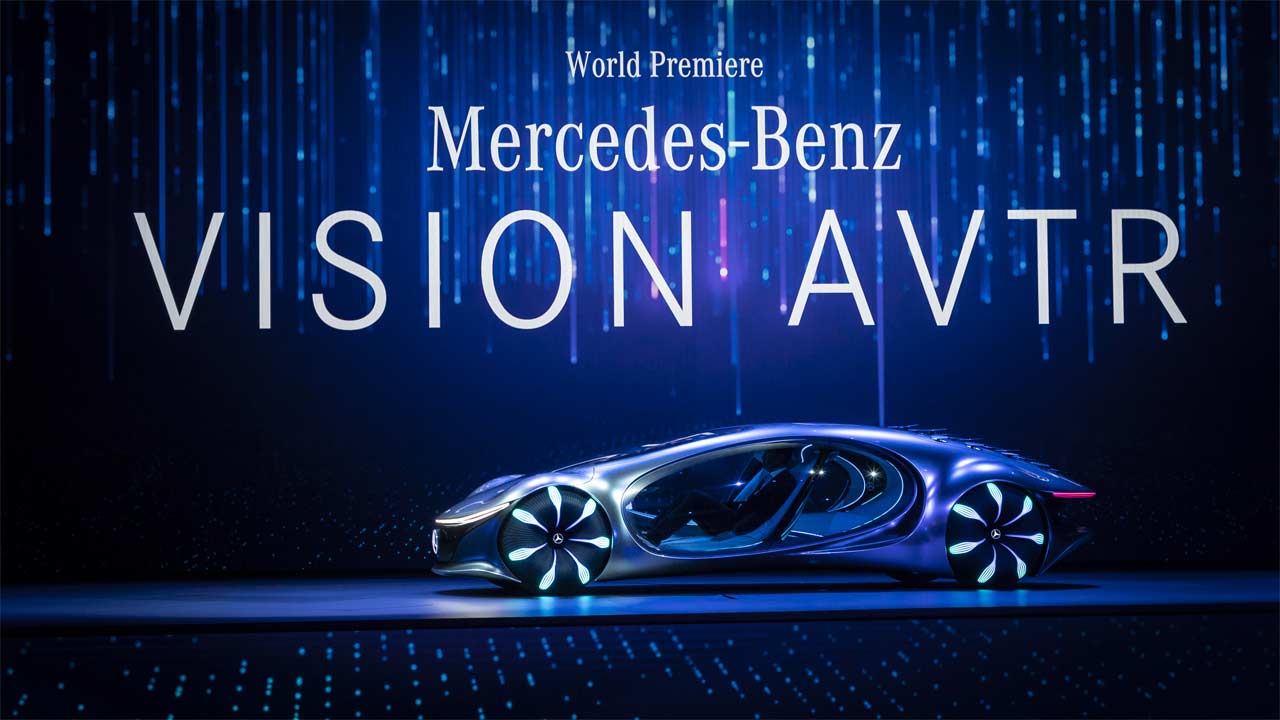 As you might have guessed already, the Vision AVTR is a collaboration between the Avatar team (Lightstorm Entertainment) and Mercedes-Benz. The AVTR also stands for Advanced Vehicle Transformation.

Its “one-bow” body has the EQ-typical front fascia, protruding wheel arches, a large oval opening for the cabin with transparent door shells, and 33 ‘bionic flaps’. These flaps are apparently reminiscent of several animals in the fictional world of Pandora, and communicate with the nature. The flaps also change their orientation during manoeuvres.

The wheels with petal-like illuminated rims are pretty interesting too; all four wheels can change direction enabling a “crab movement”. 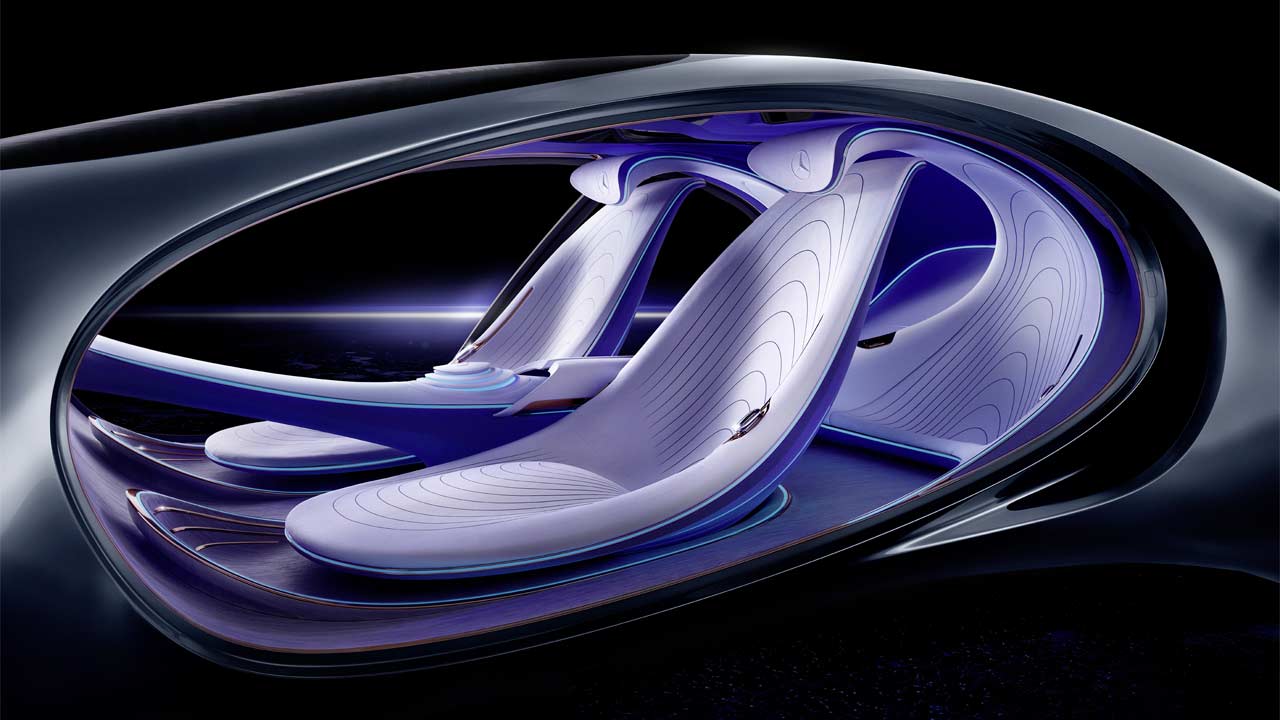 While we’ve already seen concepts with no steering wheel, the AVTR has a controller in the centre console that rises up like onion rings, on a short tap. The vehicle recognizes the driver by his or her heartbeat and breathing when the hand is placed on the control unit.

The AVTR is autonomous, obviously, but the driver can influence the speed if necessary. Mercedes says that the control unit can be completely lifted for steering if the driver wants full control. 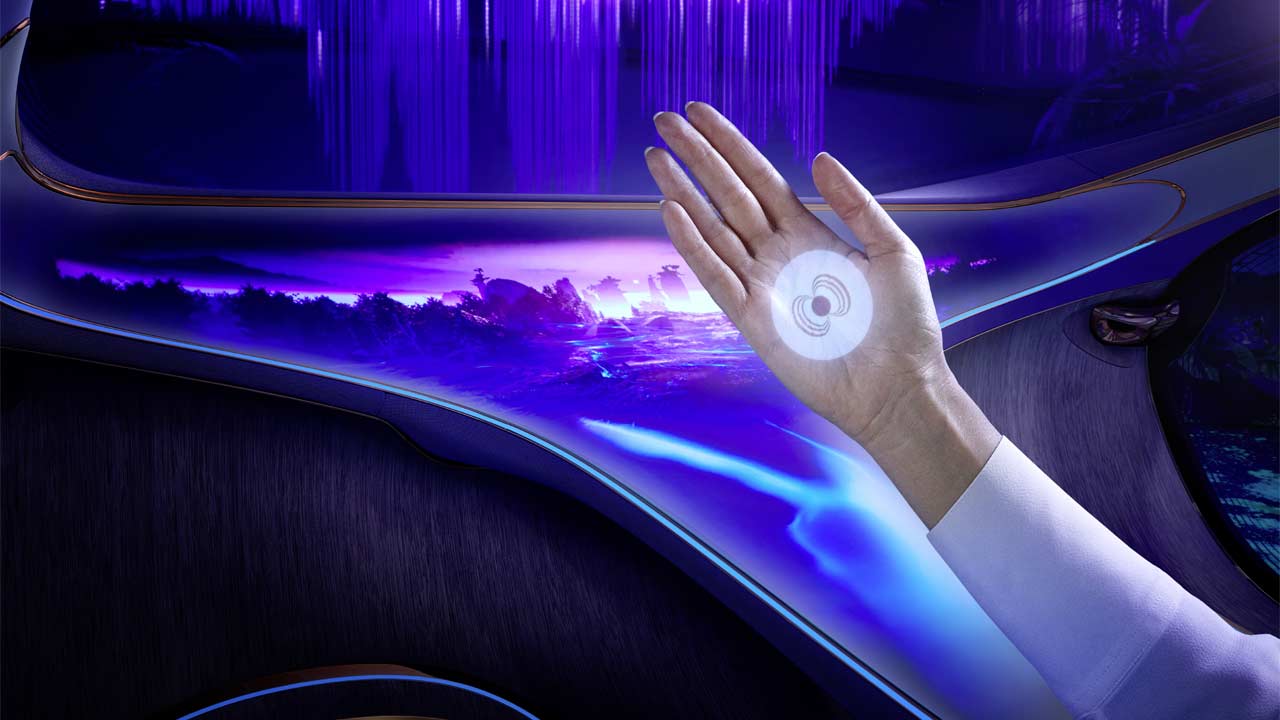 Another interesting feature on the inside is the projection of the interface onto the user’s palm, a human-machine fusion. The idea is to make the technology visible only when the driver really needs it and wants to use it. The dashboard has been replaced by a curved display module, where the outside world around the vehicle is shown in real-time 3D graphics while also showing the road in front of the vehicle. 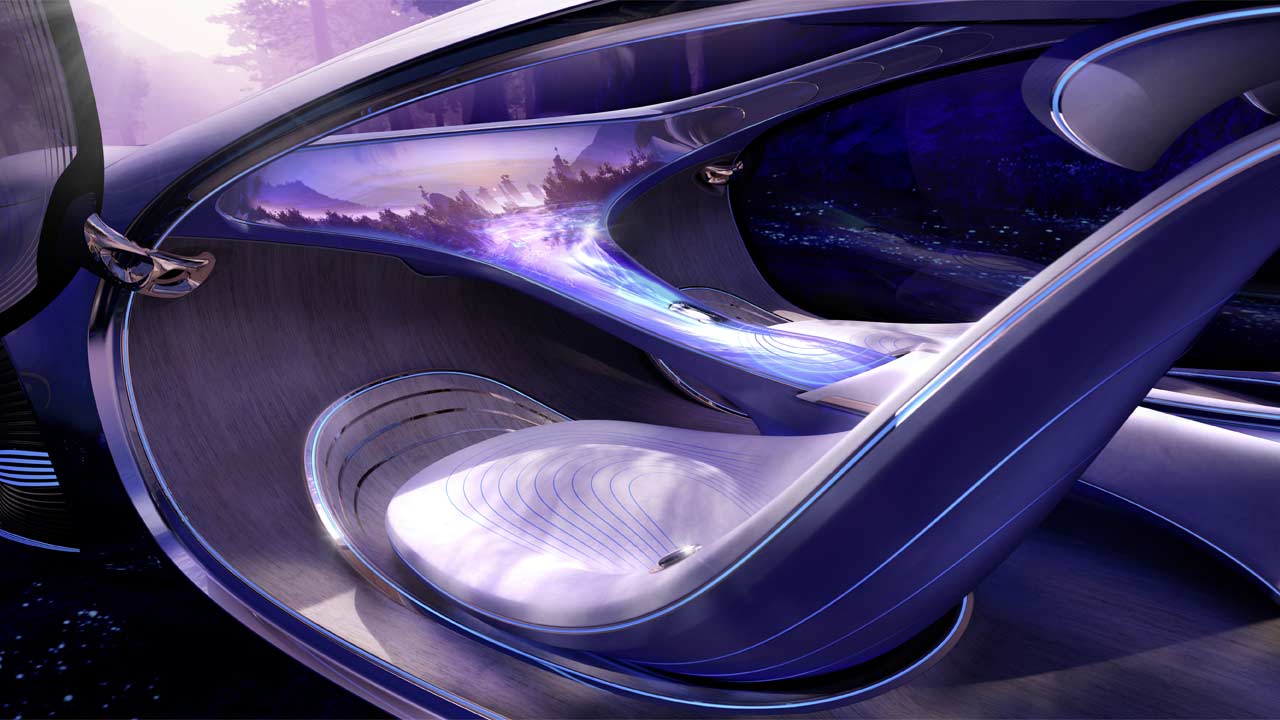 There are sustainable materials on the inside. The seats are upholstered with a vegan Dinamica leather while the floor is decorated with an innovative wood called ‘Karuun’. The raw material for Karuun (Rattan) apparently grows very fast as a natural raw material and is harvested by hand in Indonesia.

More sustainability comes in the form of battery technology. The Vision AVTR uses graphene-based cells, replacing the rare metals required for a conventional lithium-ion battery. The technology also makes it 100% recyclable. The battery pack has high energy density and takes up a small space too, and can recharge significantly faster. 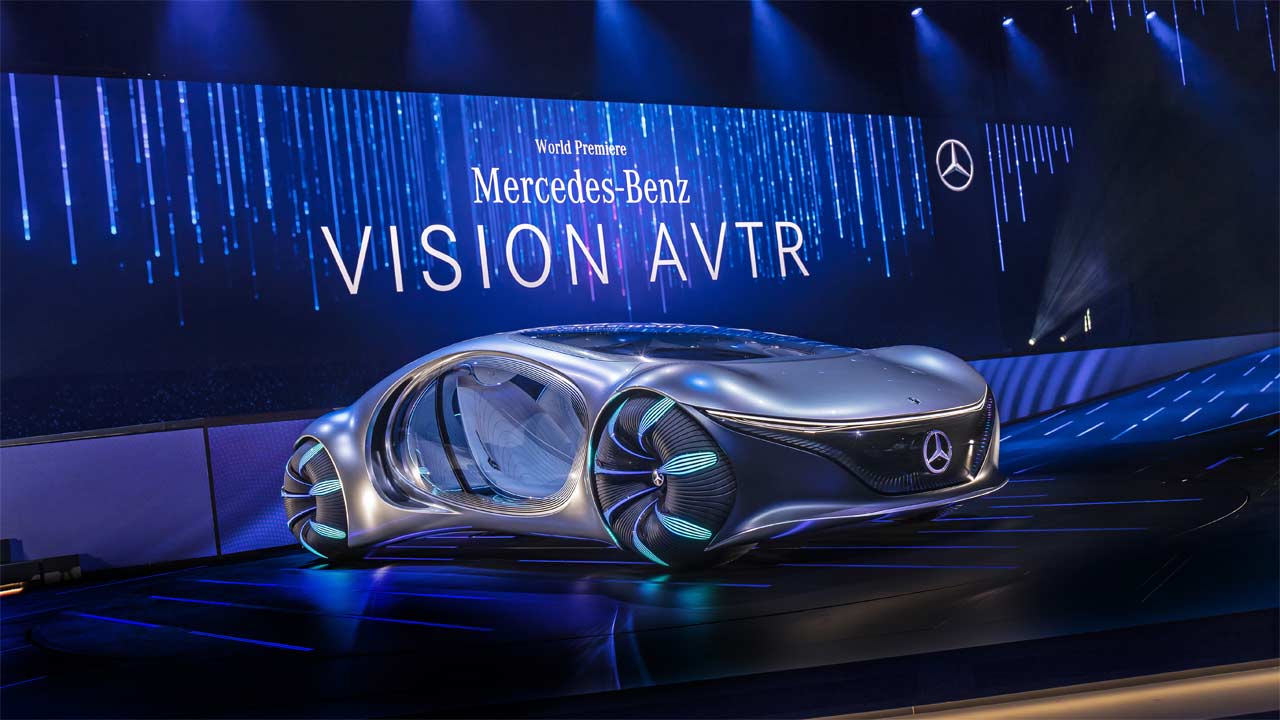 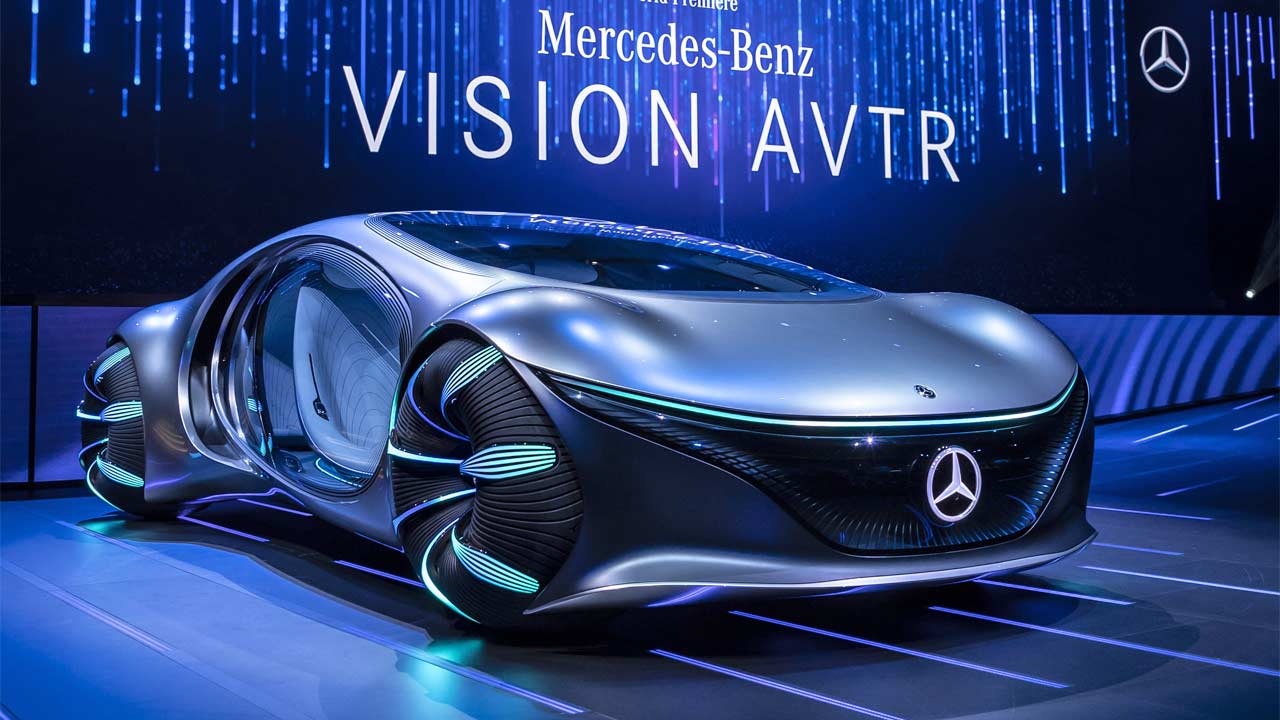 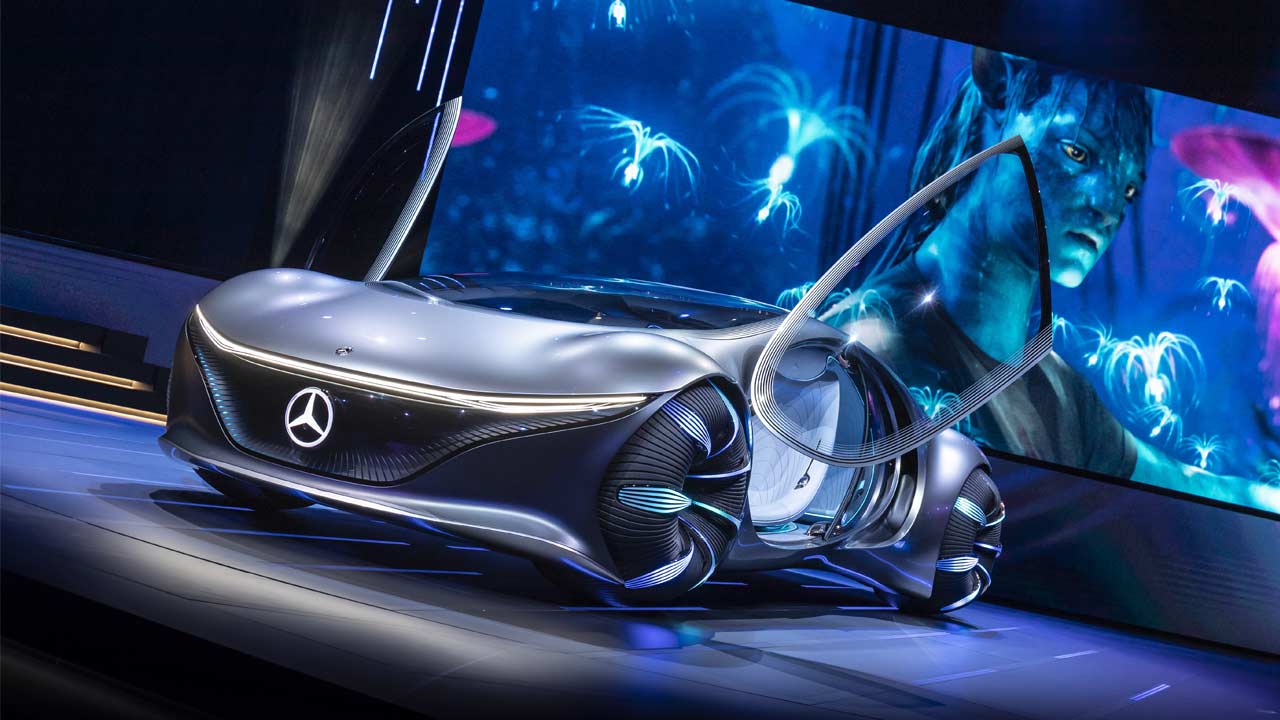 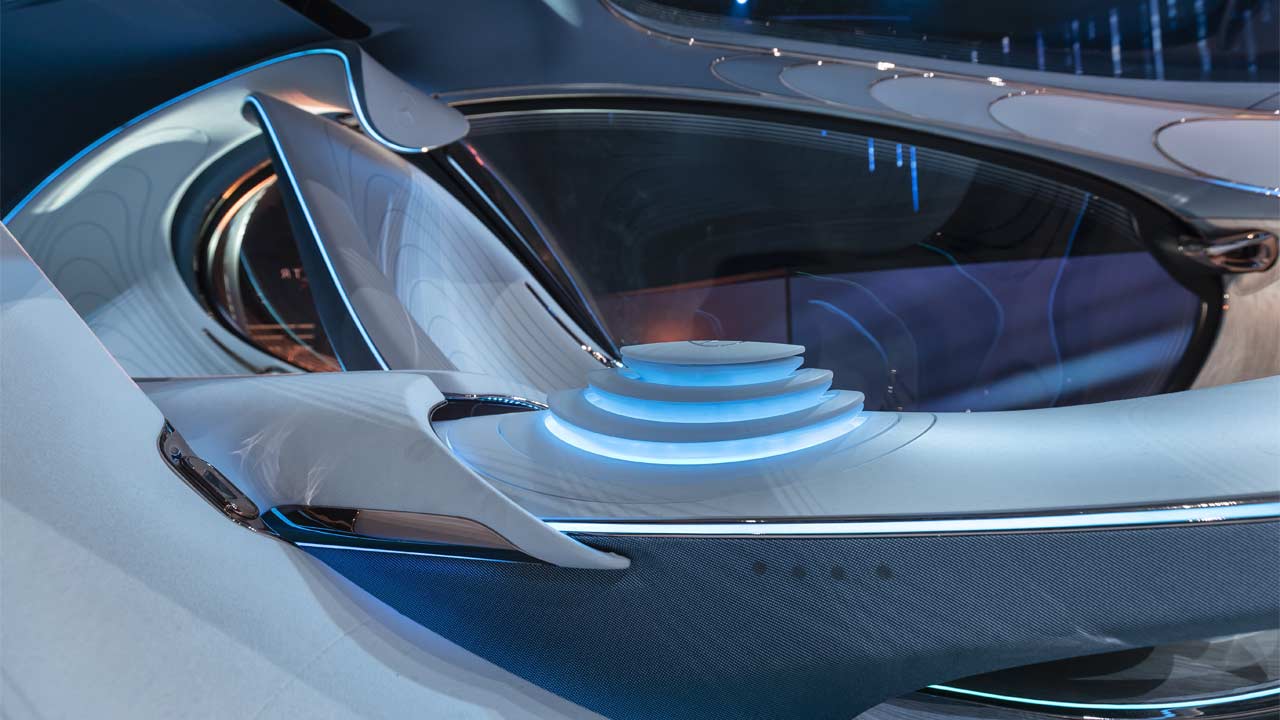 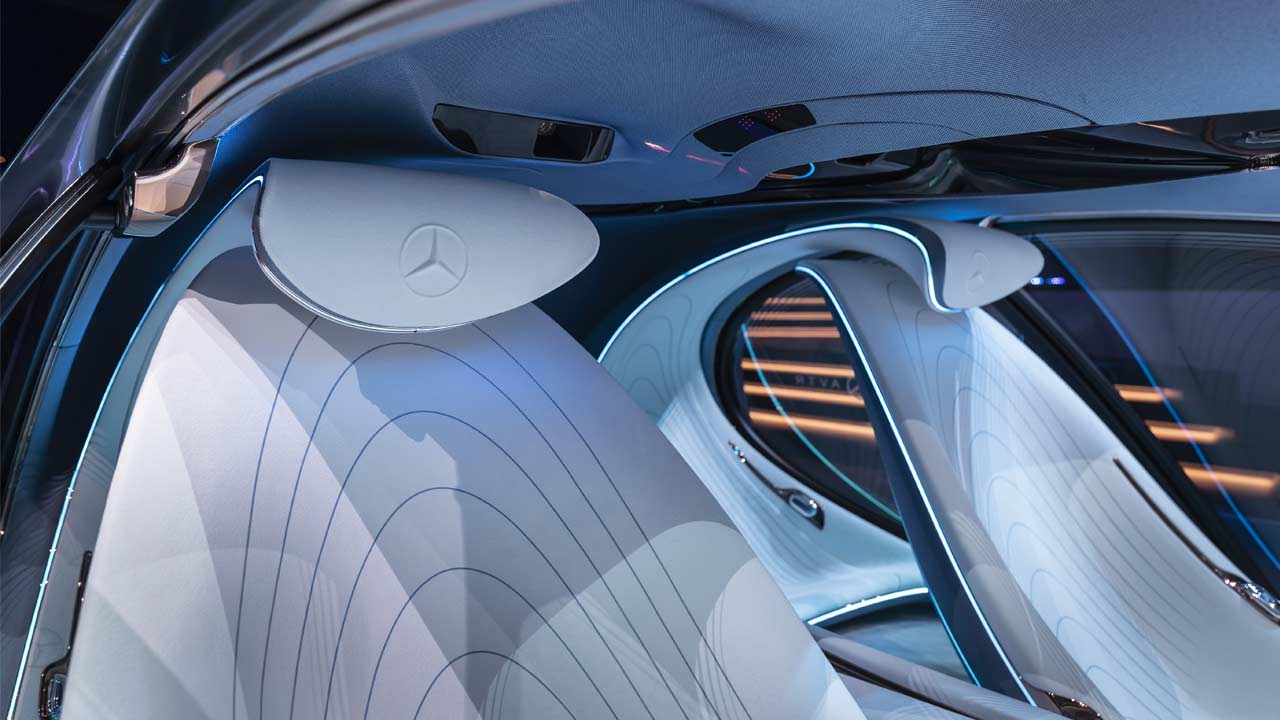 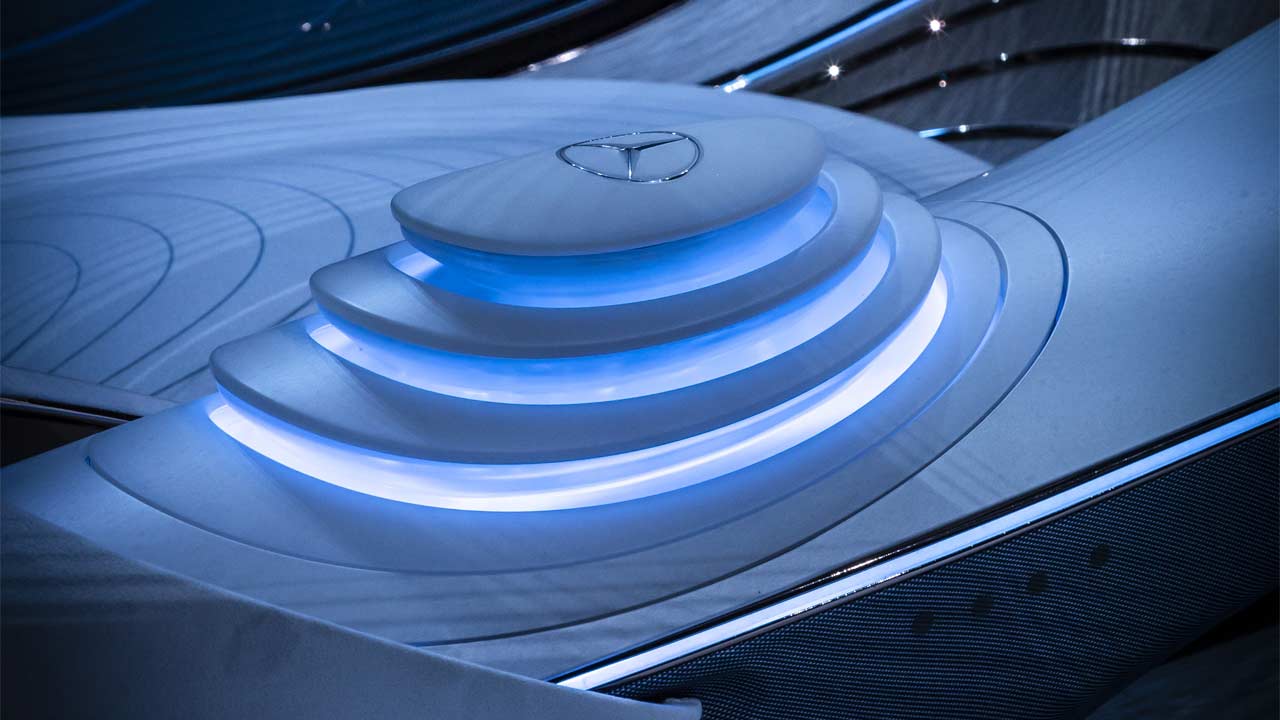 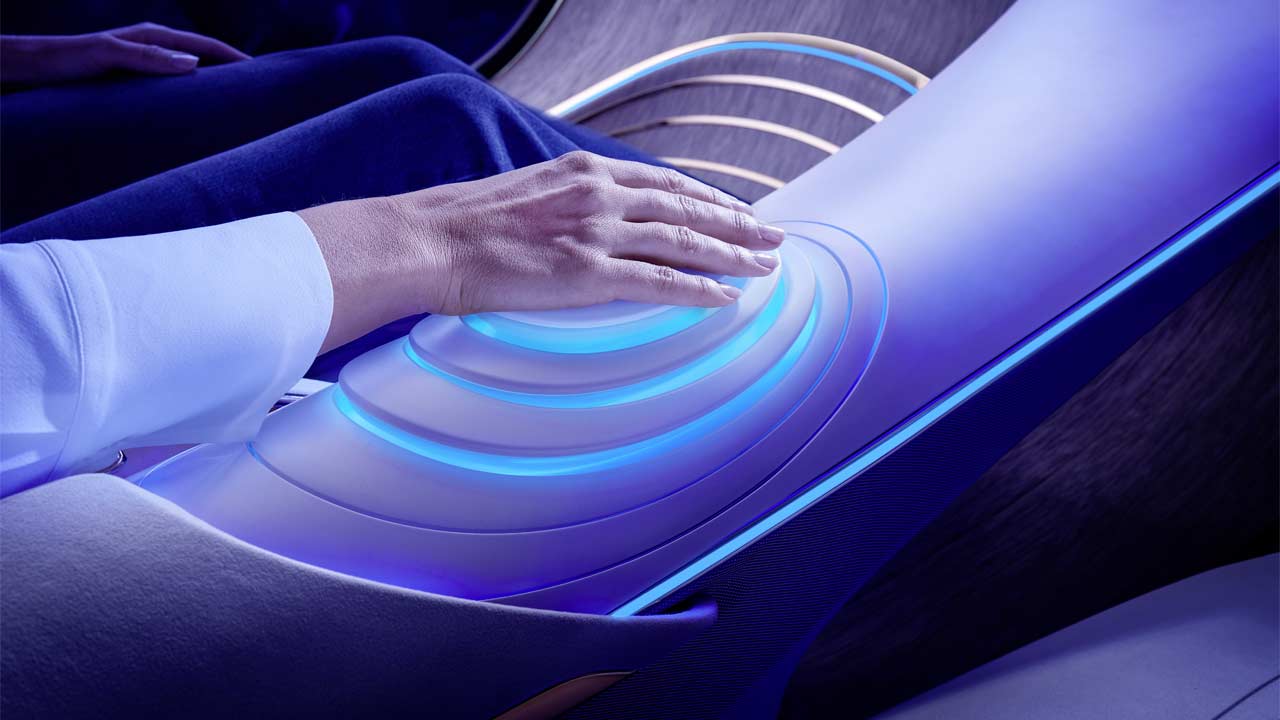 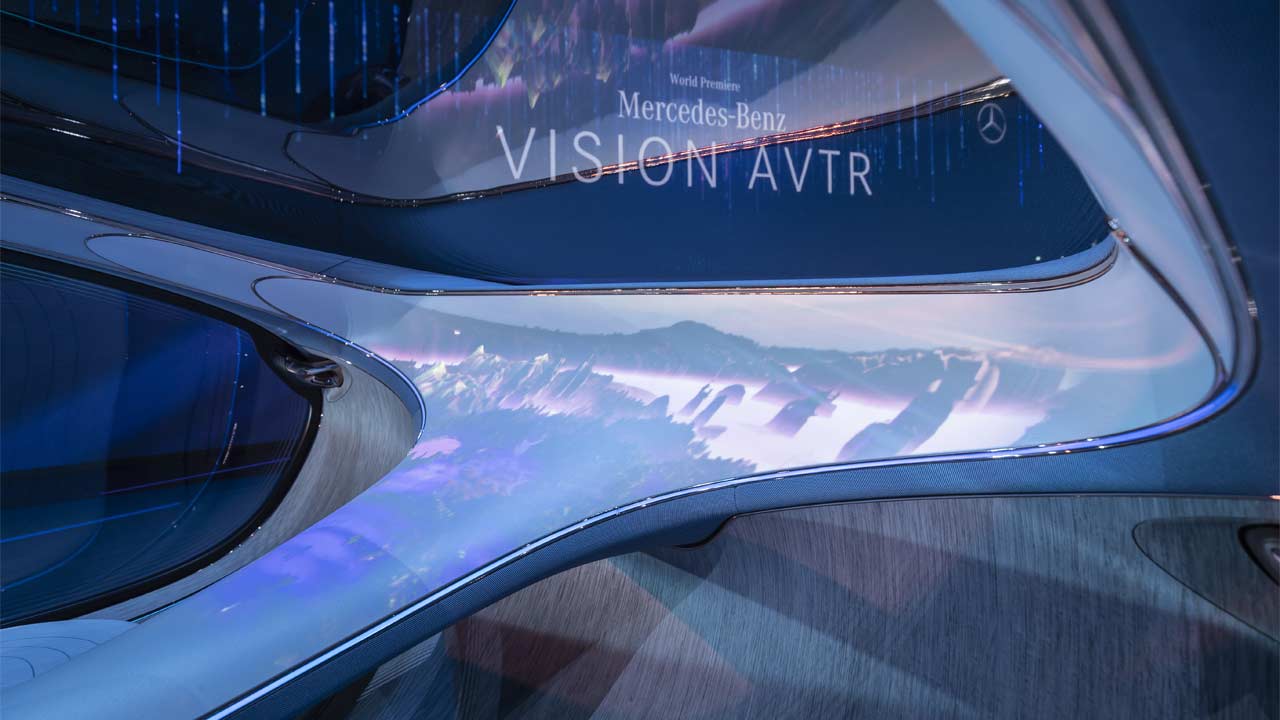 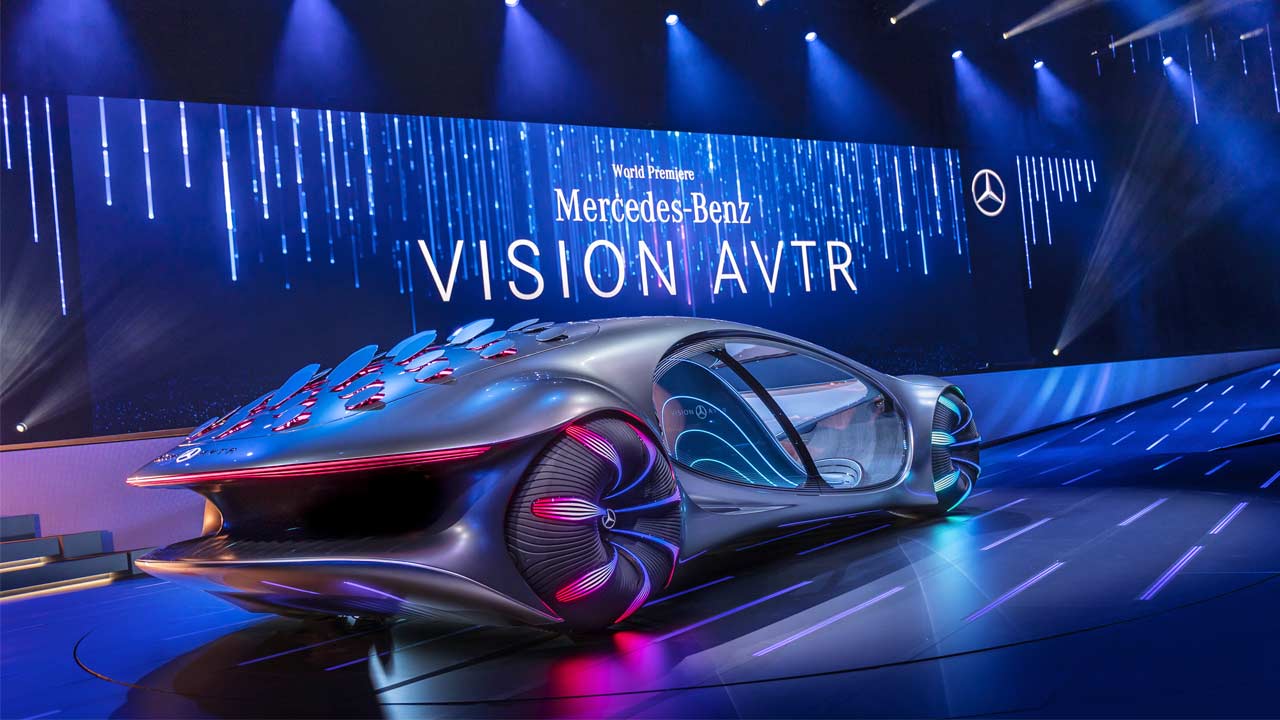 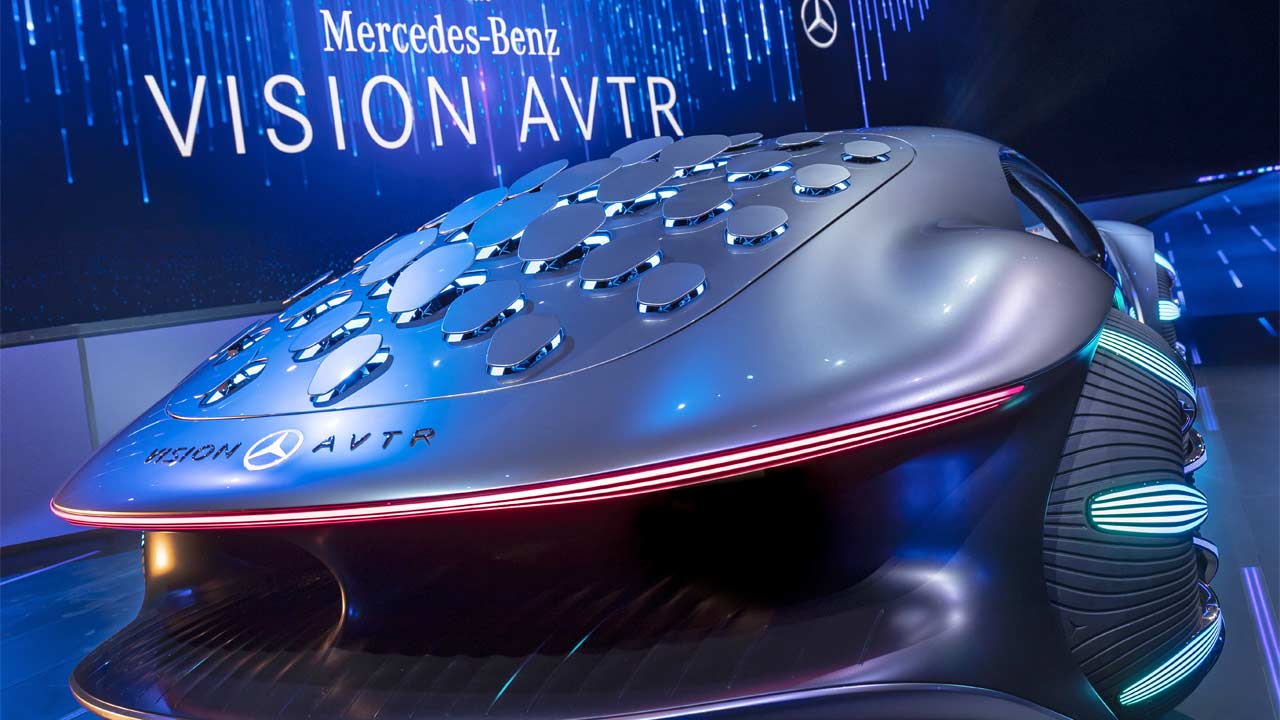 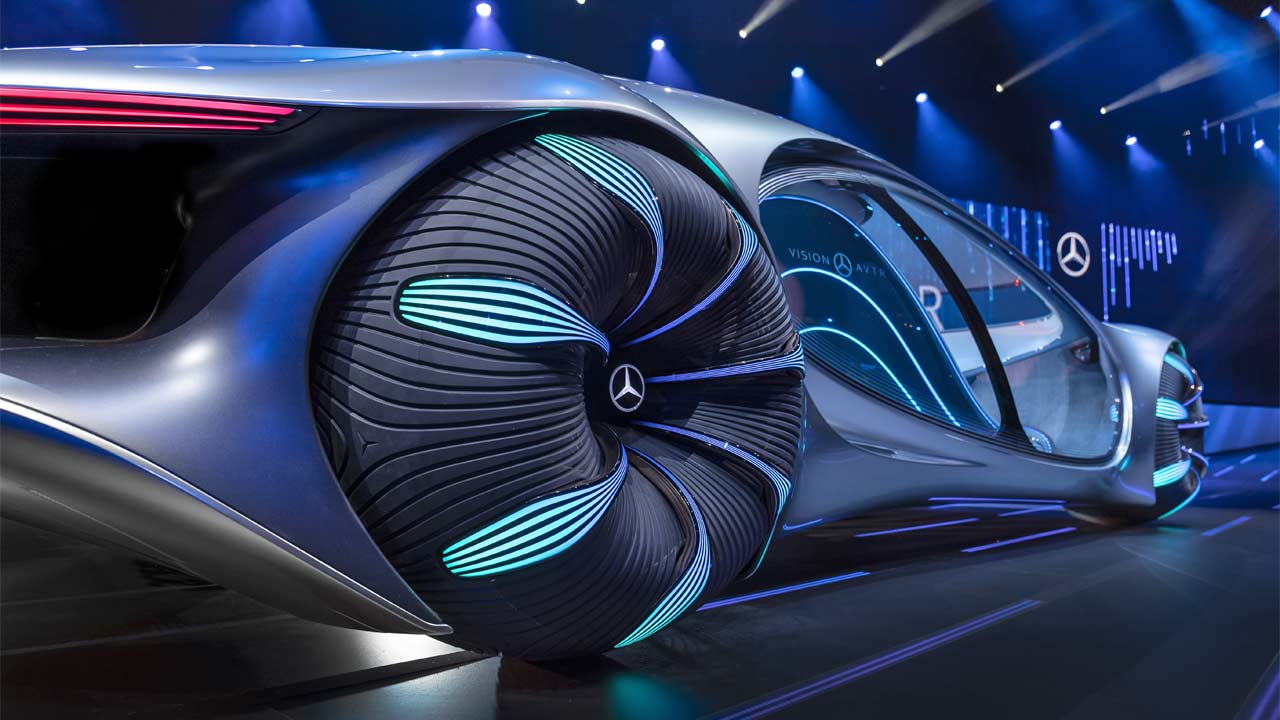 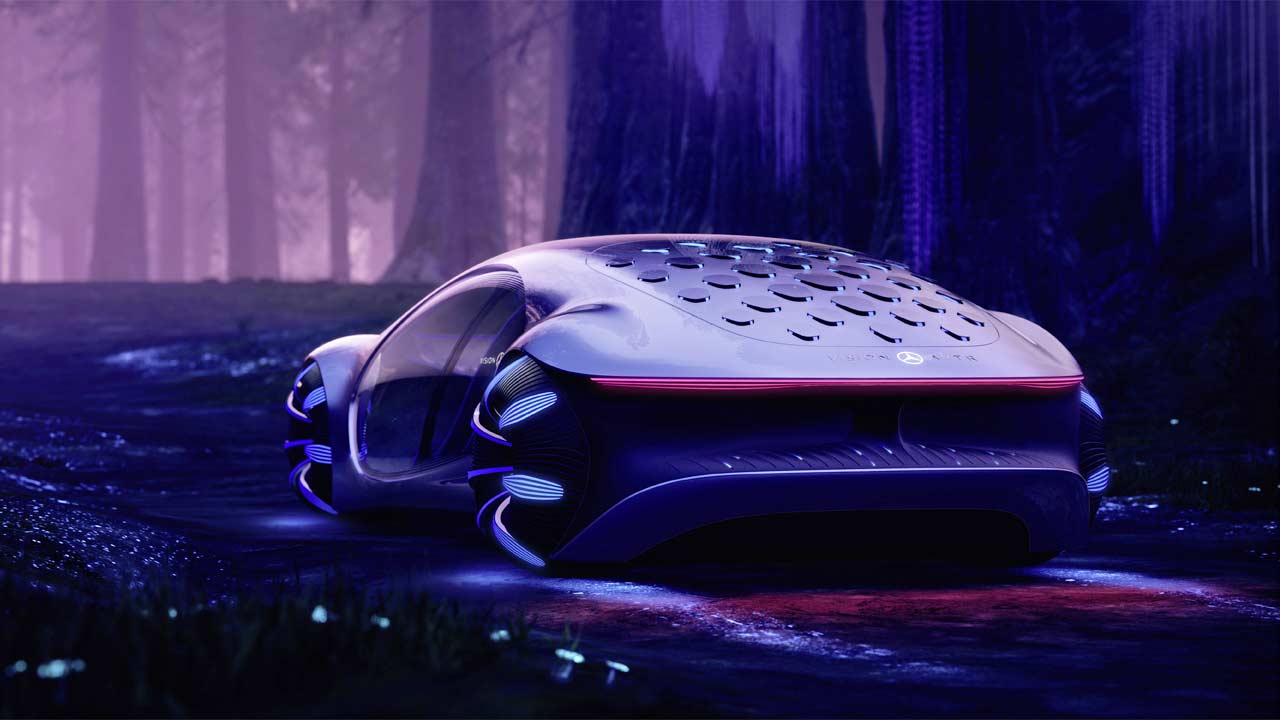