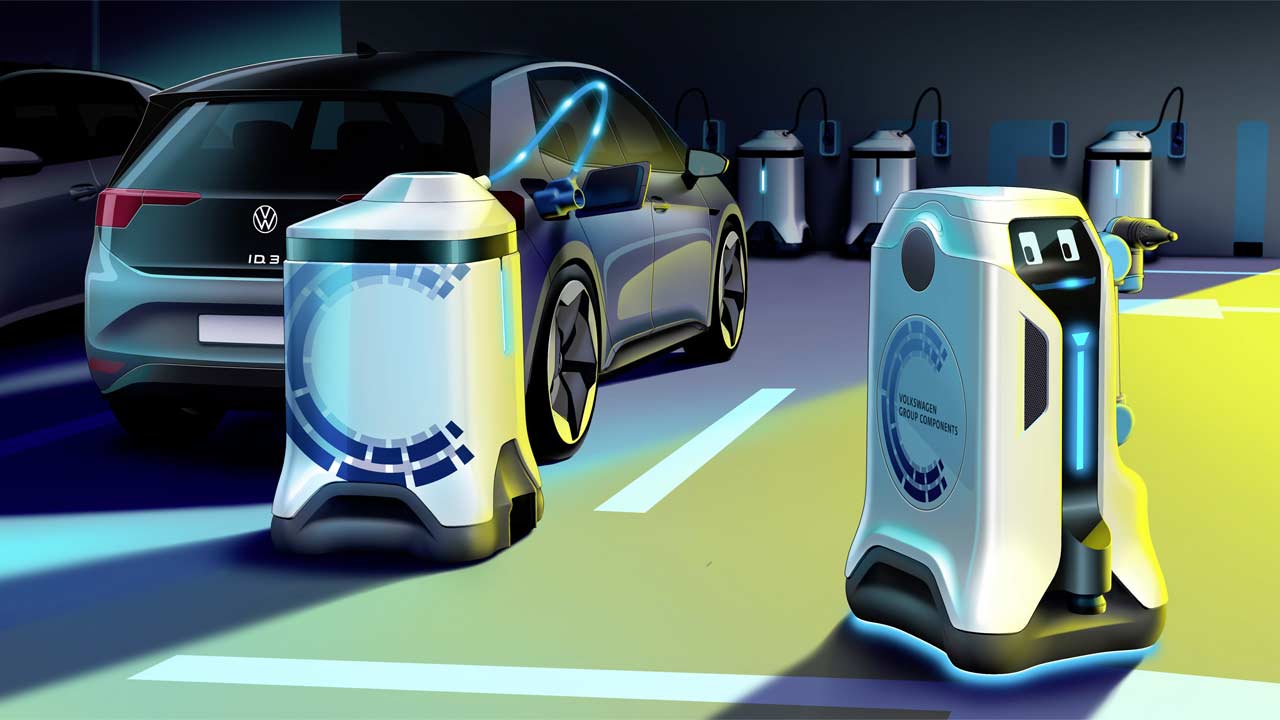 Previously, we saw Volkswagen showcase power banks for electric cars. This time, the company has come up with an even better charging solution for the future. These are the charging robots that autonomously move towards an electric vehicle and hook them up with an energy storage device and also unplug when the charging is complete.

I know, the cynics might say that it is completely unnecessary. But, the idea is to be able to park the car anywhere in an underground car parking facility and the robot would come and charge the vehicle. This eliminates the need to set up a fixed charging station and worry about whether the space is free or not.

The EV driver initiates the robot via an app and walks away to mind his or her business. The mobile robot would then connect itself to one of the 25 kWh energy storage devices and brings it to the car and takes care of the charging process including connecting and disconnecting the charging cable. 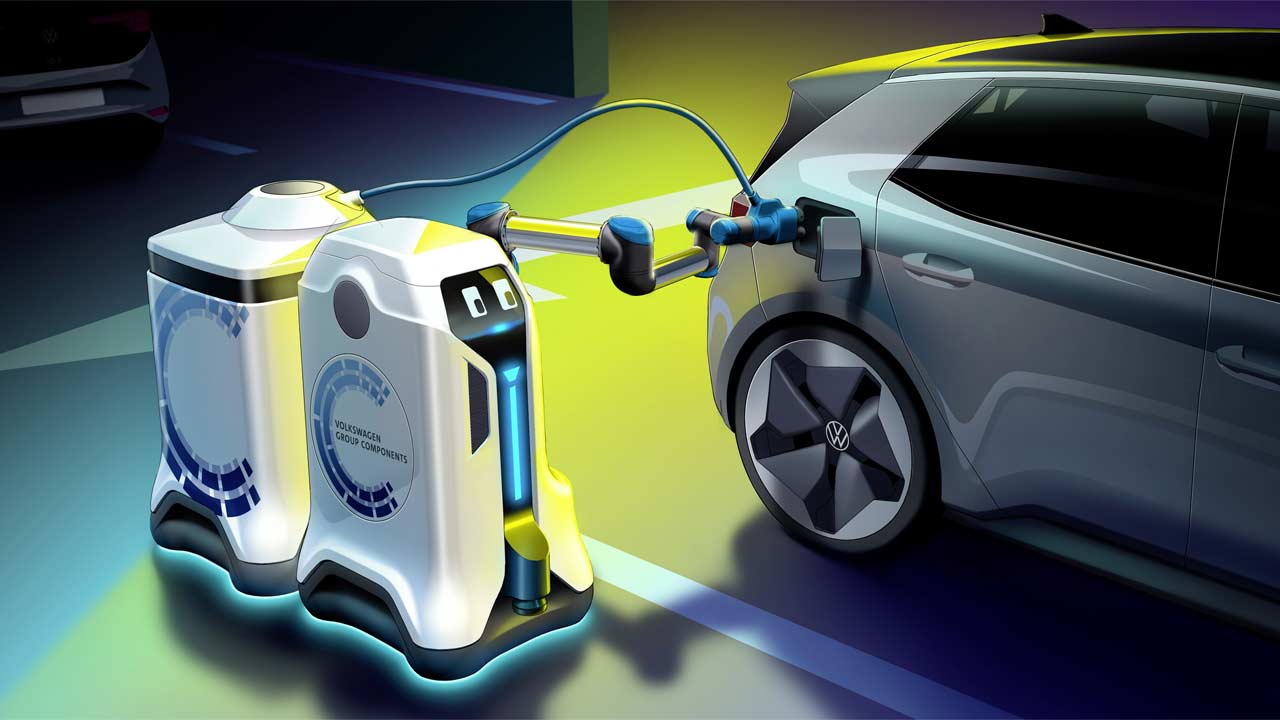 In addition to its arm, these robots are fitted with cameras, laser scanners and ultrasonic sensors, enabling them to move around freely in the parking area and react to any obstacles.

“The constructional work as well as the costs for the assembly of the charging infrastructure can be reduced considerably through the use of the robots,” reckons Mark Möller, Head of Development at Volkswagen Group Components.

However, the market launch of these robots is yet to be decided.

Volkswagen is currently working with its dealers in installing a total of 36,000 charging points throughout Europe by 2025. A large proportion of these will be publicly available. The company is also launching its own wallbox for home charging called the ID.Charger.

Also read: Volkswagen ID.3 debuts with up to 550 km range