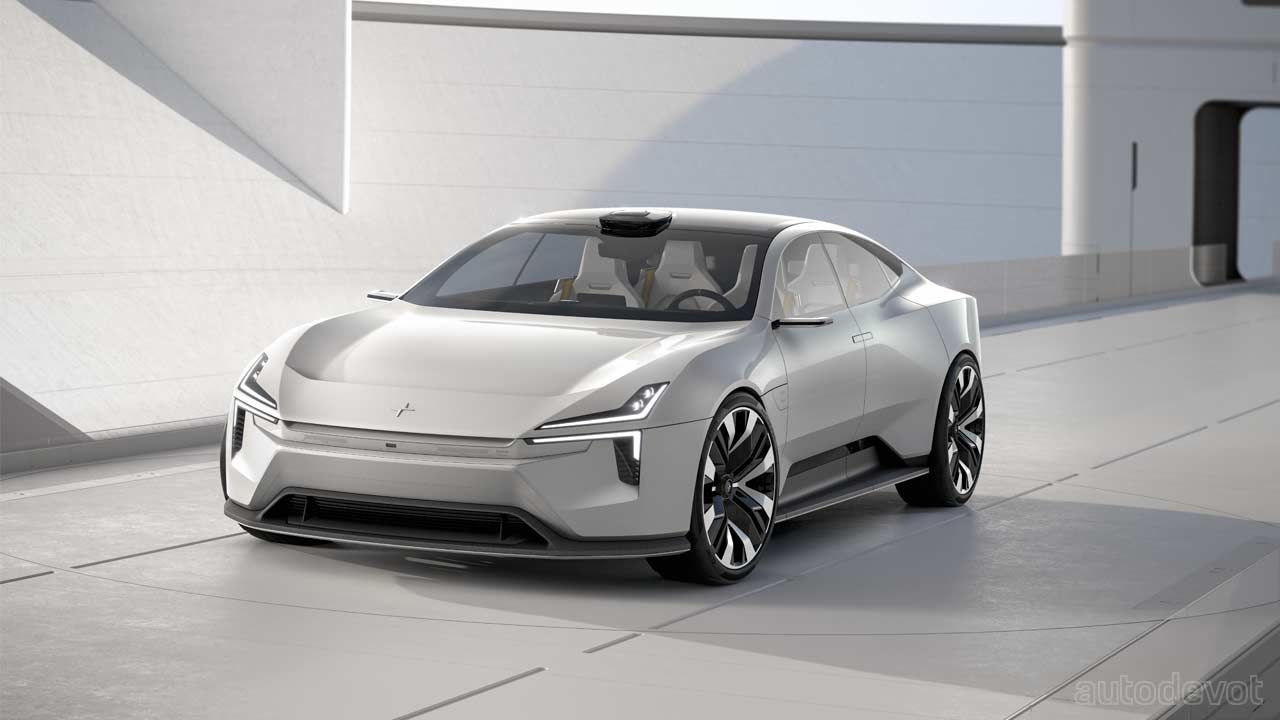 Polestar has revealed its third creation after transitioning from a tuning/performance brand to a standalone electrified performance brand. Just to remind, the brand’s first product was the Polestar 1 hybrid GT and the second was a Model 3 rival called Polestar 2. The third one is this ‘Precept’.

The name according to Polestar, was chosen to emphasize the vehicle’s role in setting out the brand’s intent as a contemporary electric performance brand. A precept is a manifesto of things to come; a declaration.

The four-door GT concept showcases the brand’s unique design philosophy. The front grille is replaced by the Polestar ‘SmartZone’, representing a shift from breathing to seeing. An area that once channeled air to radiators and the internal combustion engine, now houses technology for safety sensors and driver assistance functions. 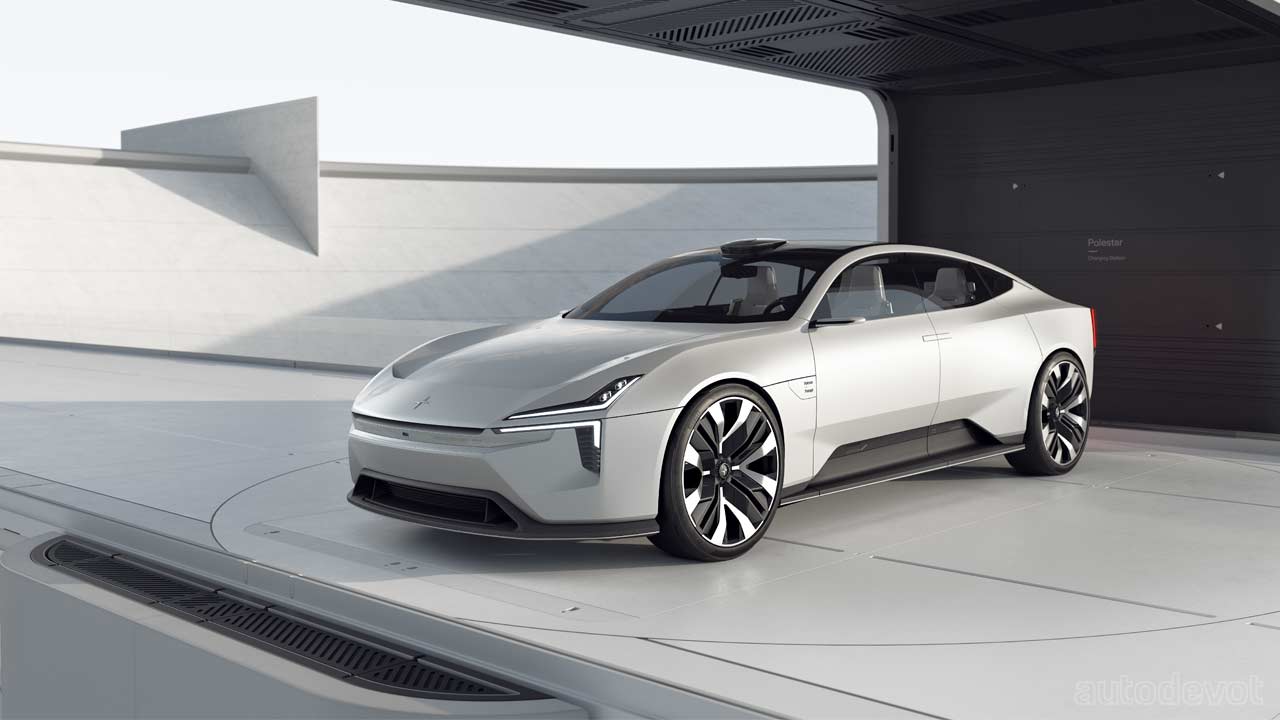 Housed behind a transparent panel are two radar sensors and a high definition camera. The LIDAR pod, mounted atop the glass roof, is given optimal visibility as a next step towards increased driving assistance. The Thor’s Hammer LED headlight signature evolves with separated elements, taking on a dynamic, more robotic and brand-defining interpretation.

An integrated front wing above the SmartZone accelerates airflow over the long bonnet. This allows air to attach itself to the surface earlier, which improves aerodynamic efficiency and thus improves the vehicle’s range. 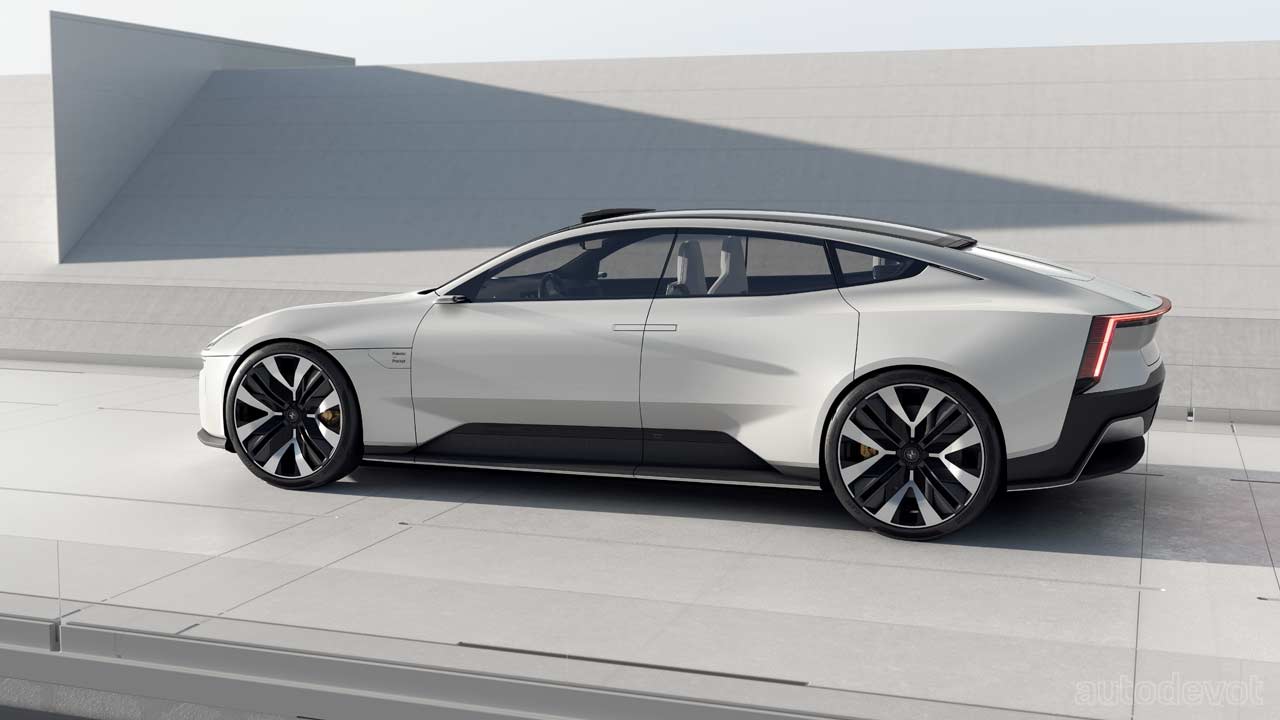 The Precept has a wheelbase of 3.1-metres

Naturally, the conventional wing mirrors are replaced by camera-based units, each of which extends outwards on an aerodynamic arm. As you’d expect from a car like this, the door handles sit flush to the body, and the rear door appears to be rear hinged. The absence of a conventional rear window means that the Precept’s single glass roof extends behind the rear seats and the tailgate itself is designed with a larger opening and higher-mounted hinges for better access.

At the rear, a light-blade spans the entire width of the car, extending into vertical aero-wings. Overall, the Precept looks pretty sexy with that fastback styling. In some angles, especially the front three-quarter, it might remind you of the Sony Vision-S. 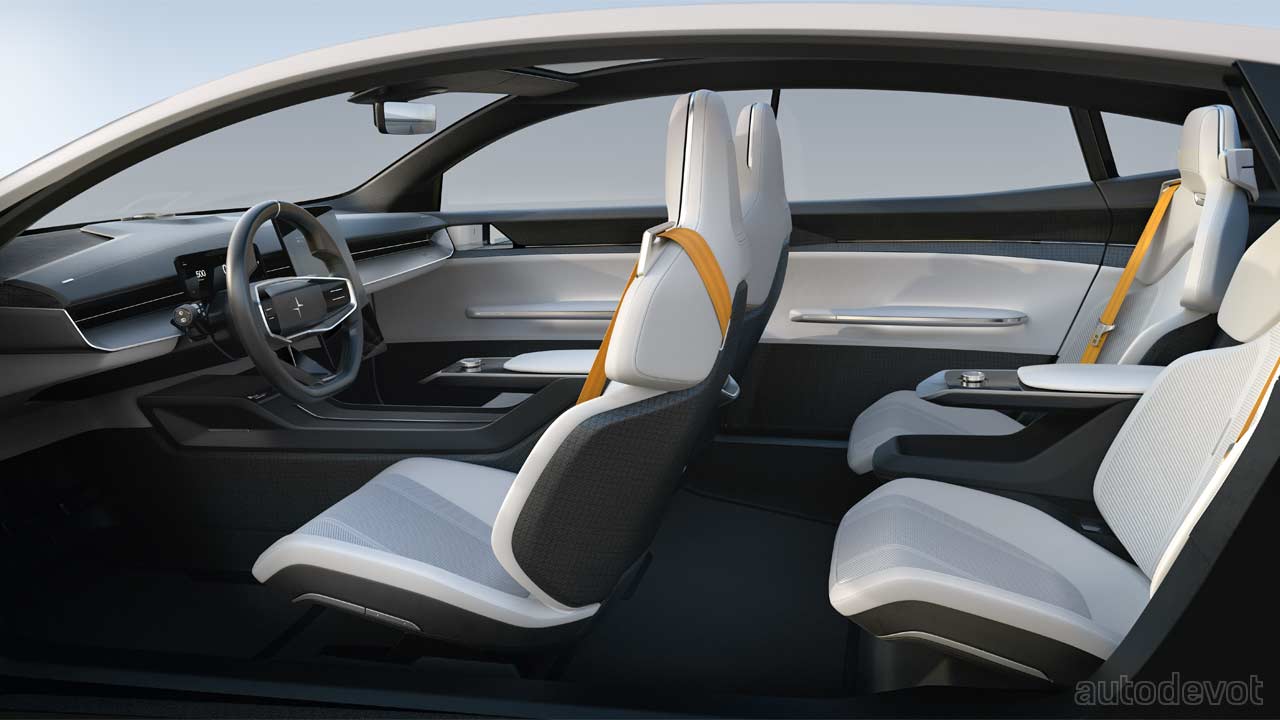 The Precept’s minimalistic interior is all about sustainability. Seat surfaces are 3D-knitted from recycled PET bottles, bolsters and headrests are made from recycled cork vinyl, while carpets are made from reclaimed fishing nets. Fribourg-based Bcomp’s flax-based composites for interior panels and seatbacks are claimed to offer significant improvements over conventional materials, including up to 50% saving in weight and up to 80% reduction of plastic waste. 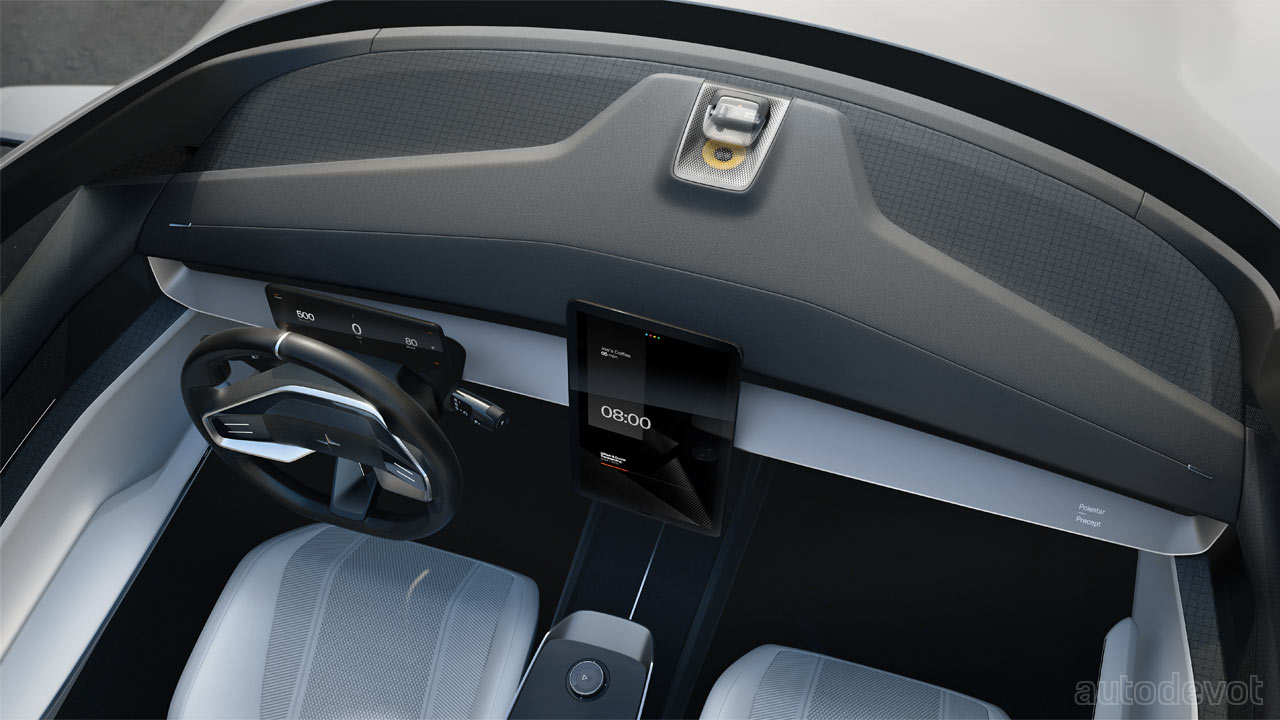 The Precept also boasts a next generation HMI, powered by Android. A 15-inch portrait-oriented centre touchscreen complements a 12.5-inch driver display, and the two are linked by an illuminated blade that encompasses the entire interior. In addition, a unique Polestar holographic emblem floats inside a solid piece of Swedish crystal between the rear seat headrests. 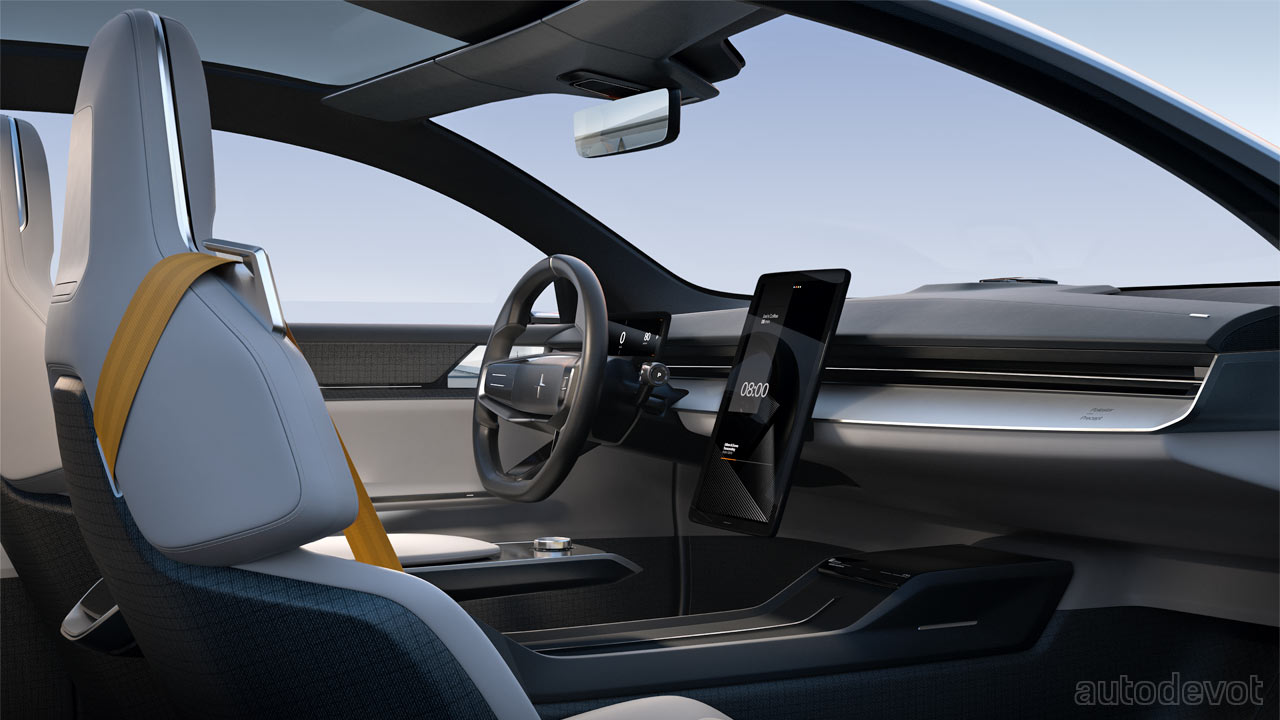 The dashboard also hosts an array of smart sensors: eye tracking will allow the car to monitor the driver’s gaze and adjust the content of the various screens accordingly, while the proximity sensors enhance the usability of the centre display when driving.

Full technical details are not available just yet. Polestar just said that the 3.1-metre wheelbase accommodates a large battery pack. The concept will make its debut at the 2020 Geneva International Motor Show. 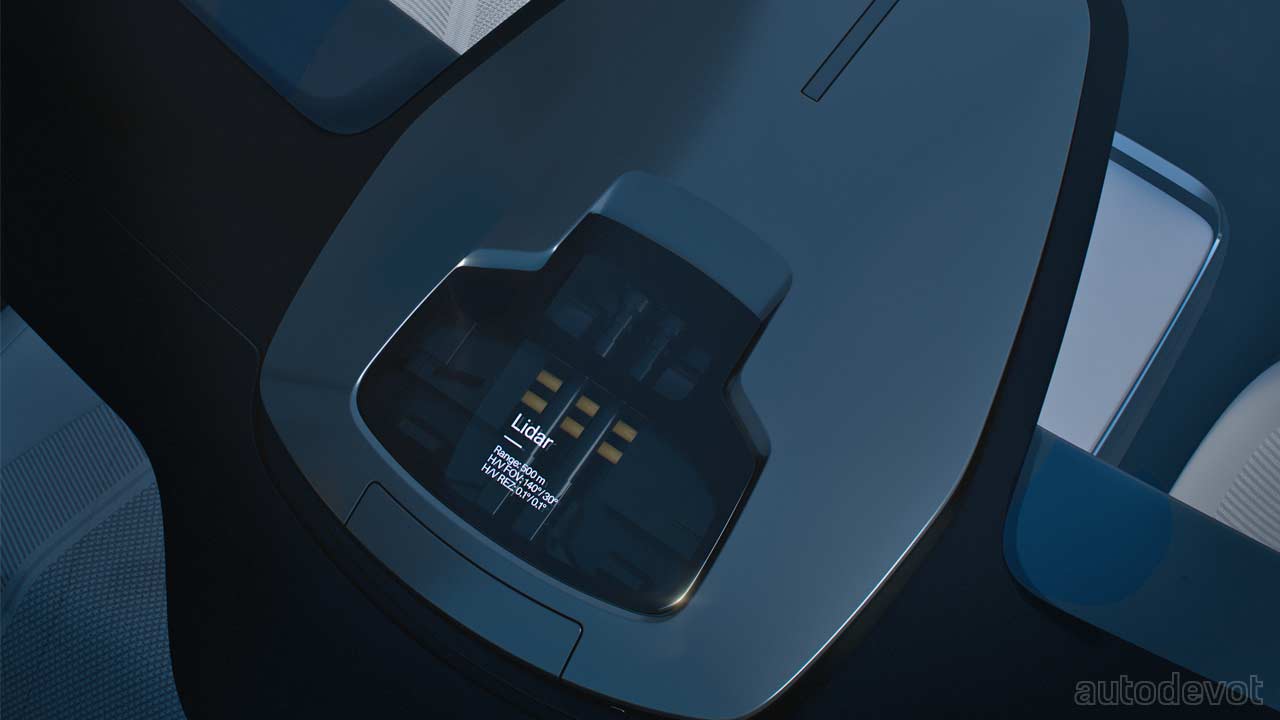 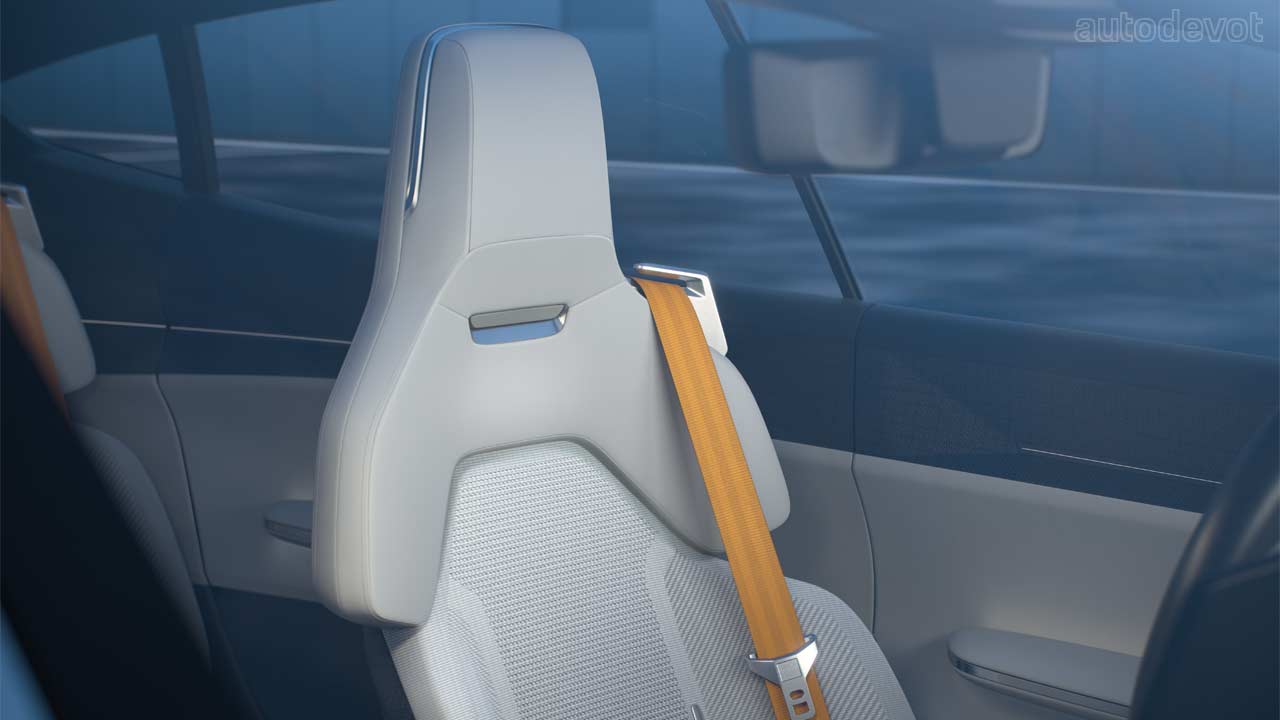 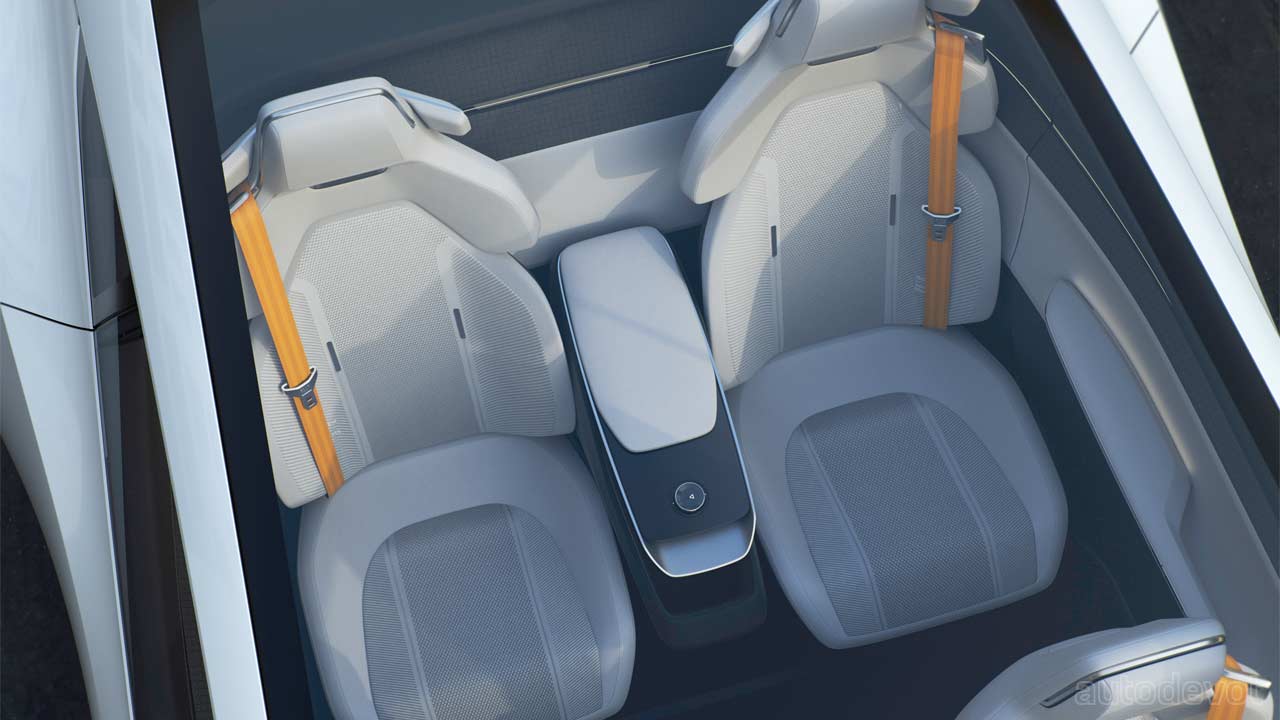 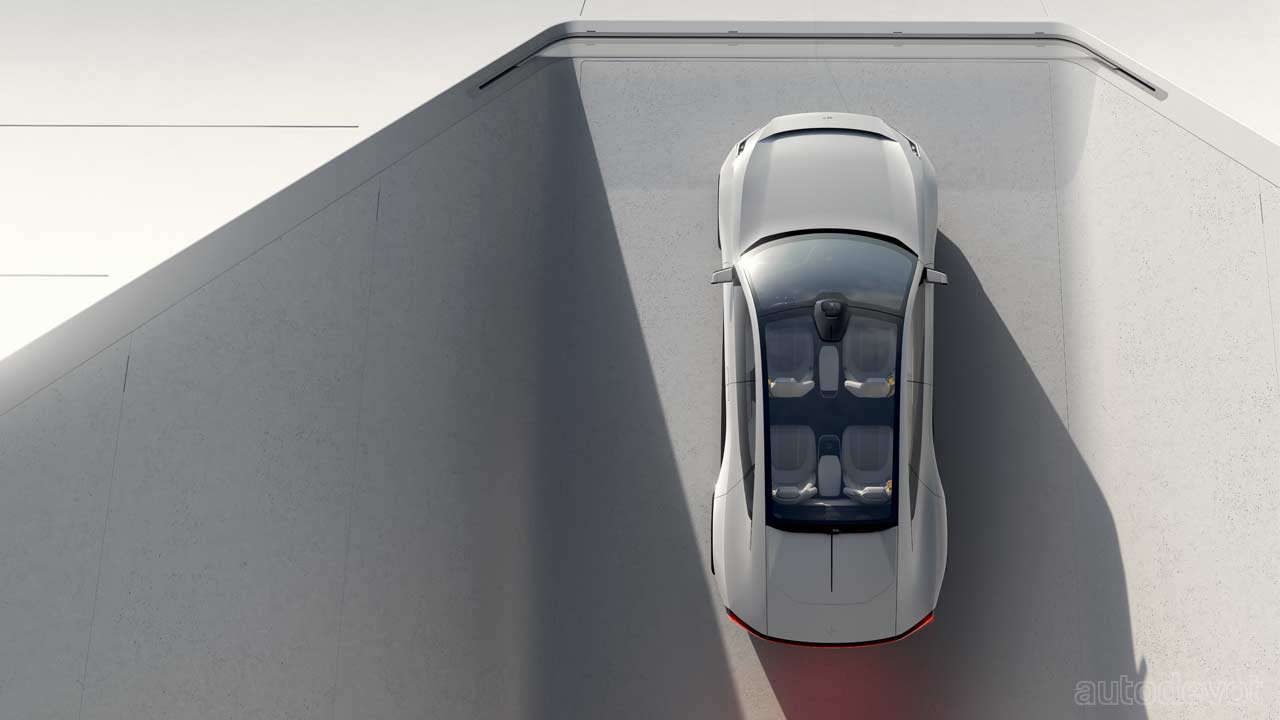 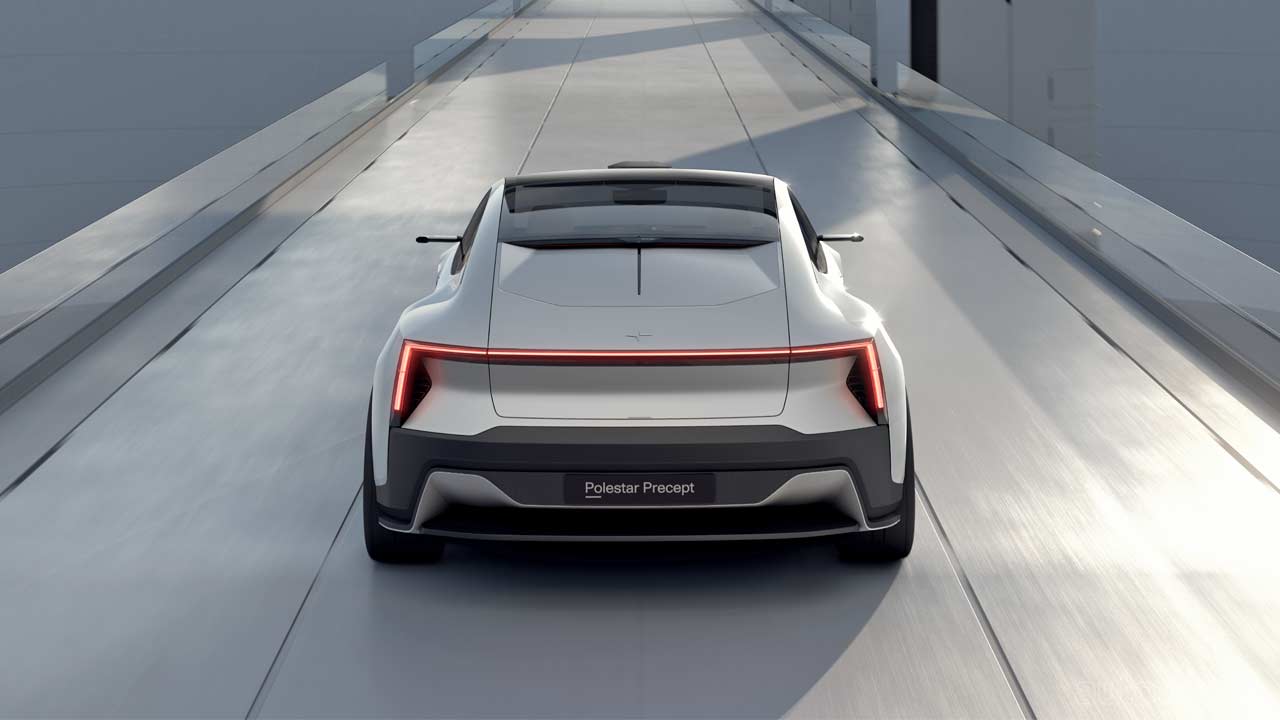 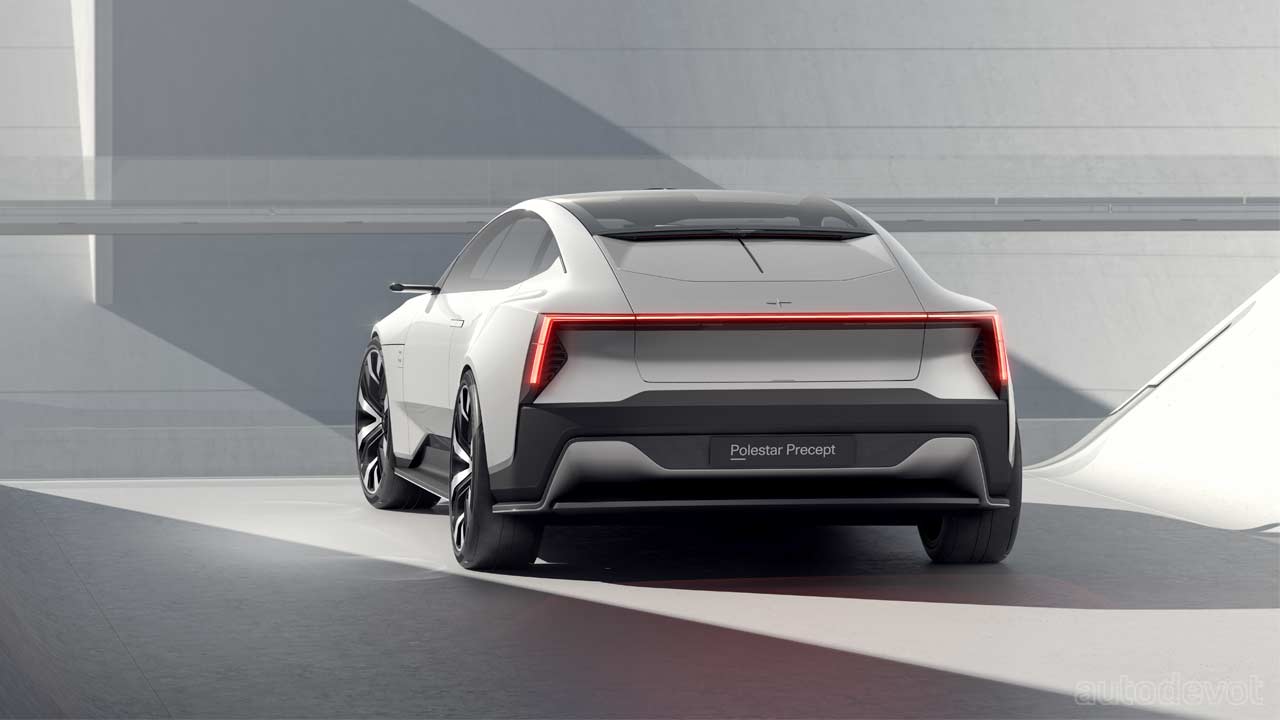