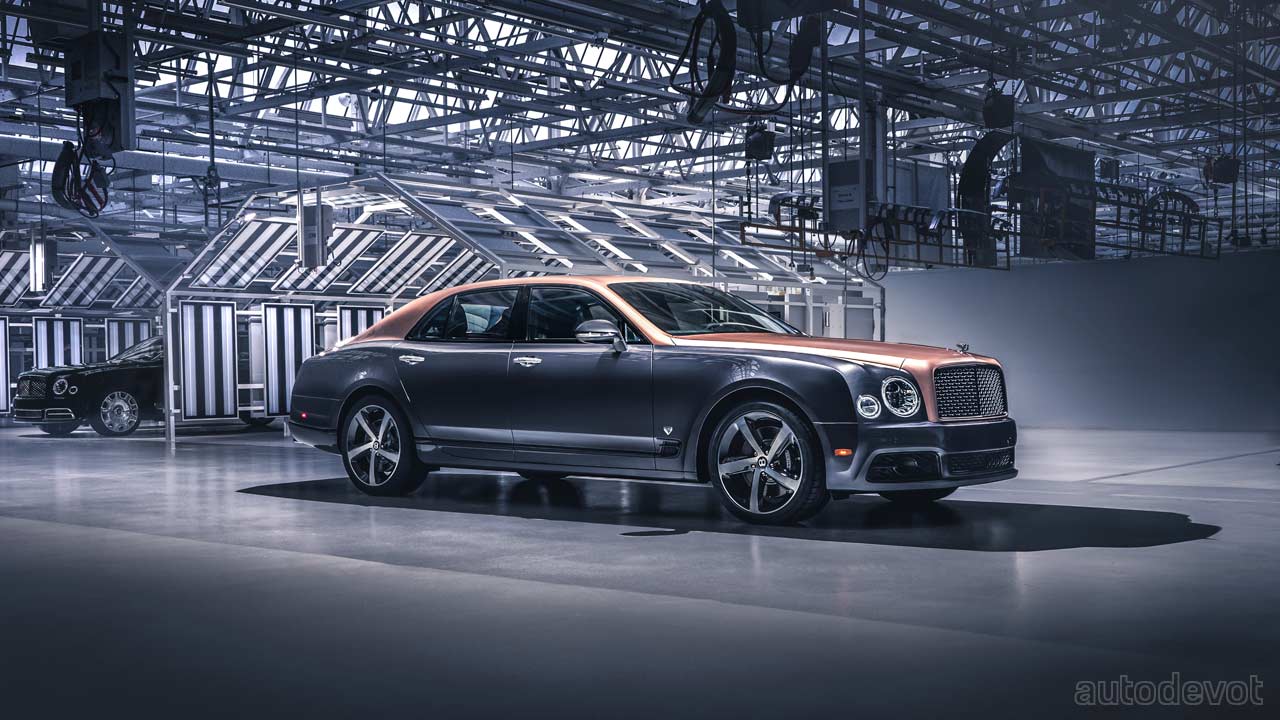 As the emission norms continue to get tighter around the world resulting in the industry investing heavily in electrification, carmakers like Bentley had to make tough decisions. In January this year, the VW-owned luxury marque announced that it is sending off the Mulsanne – the flagship product, with a special 6.75 Edition limited to 30 units. 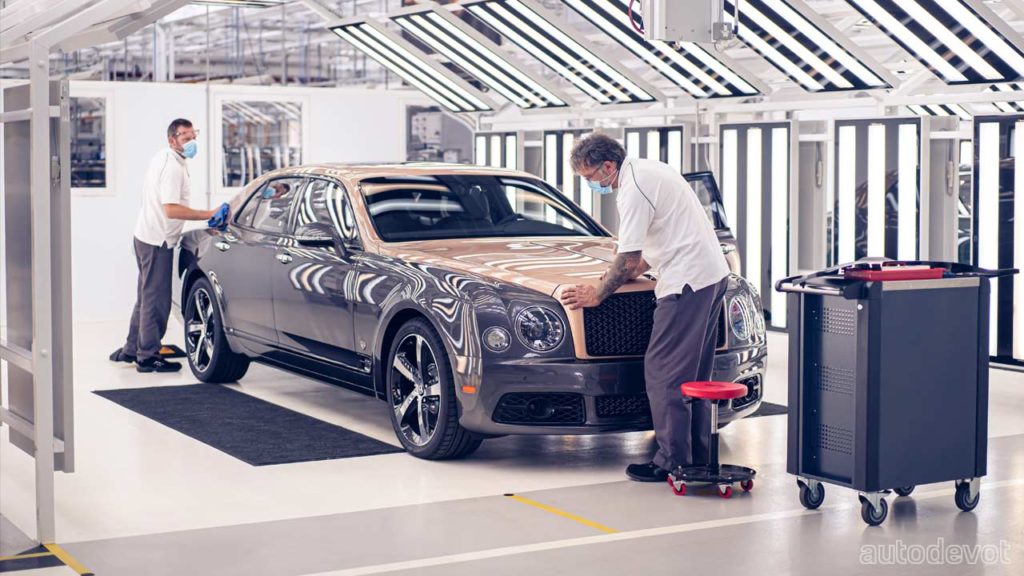 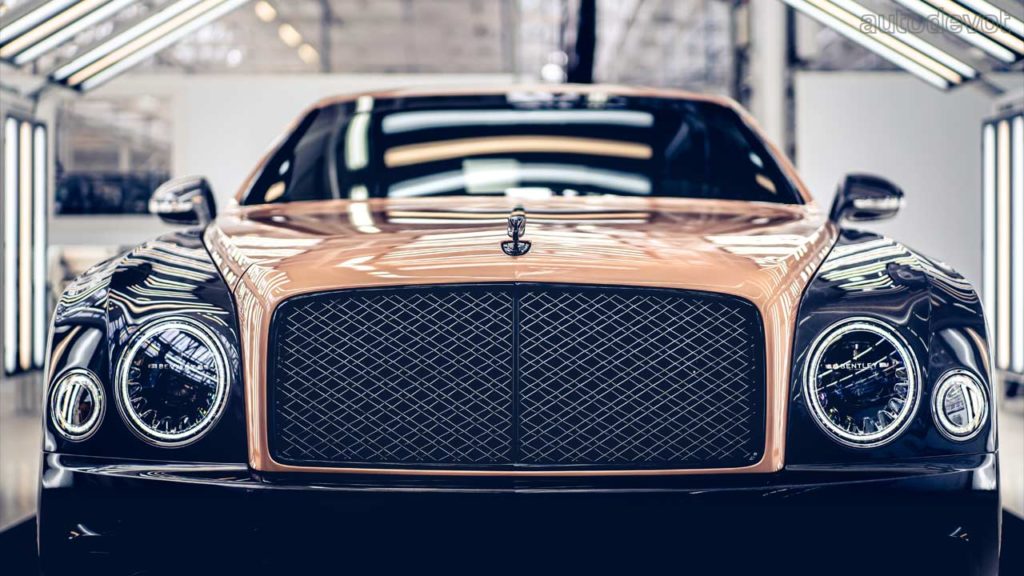 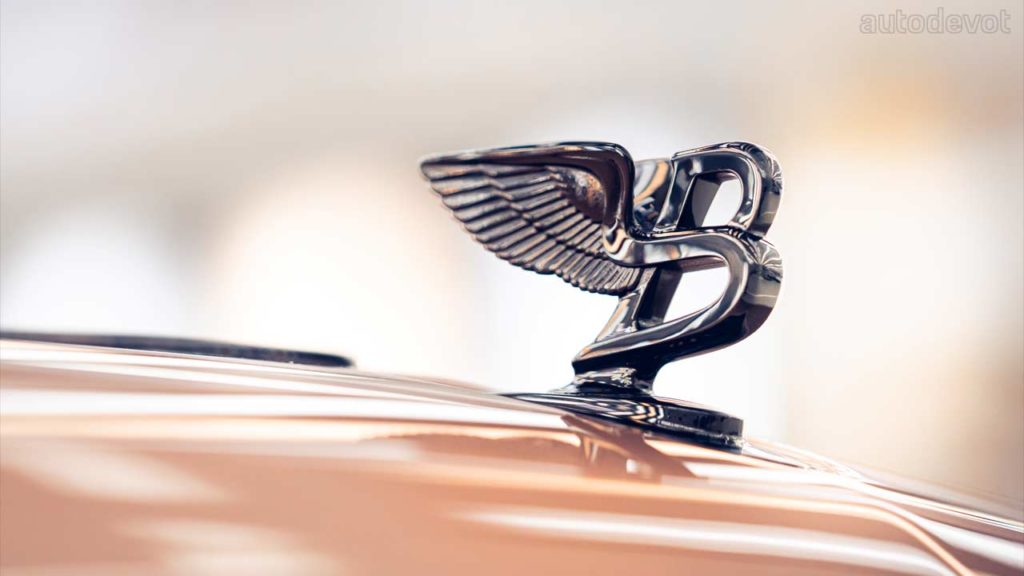 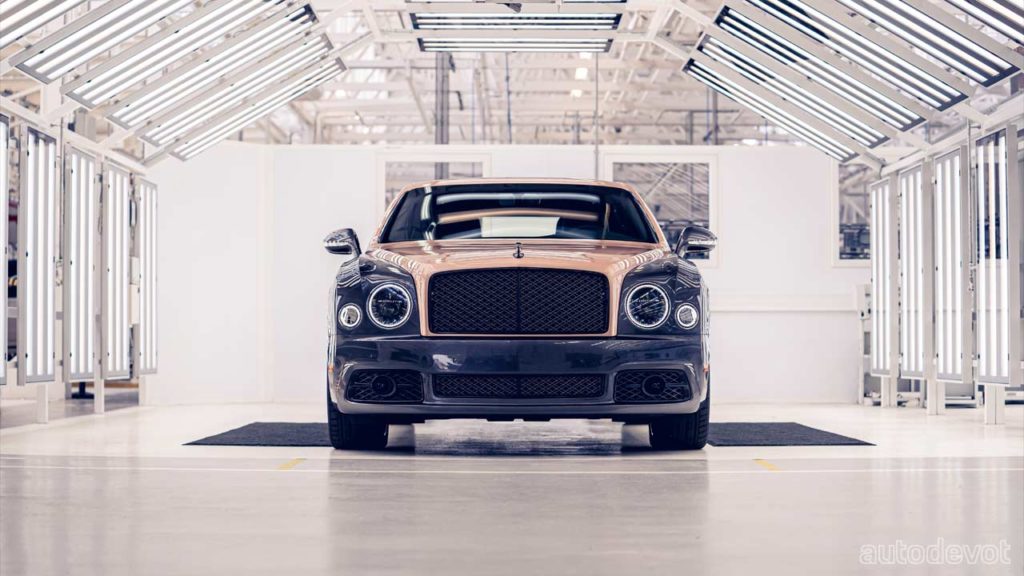 The last one rolled off the production line, marking the end of an era. Finished in Rose Gold over Tungsten, this unique 6.75 Edition Mulsanne is going to a lucky customer in the United States. It has got dark treatment for the Flying B bonnet mascot, Mulliner Serenity grille and the exhaust tips. It rides on 21-inch five-spoke Mulsanne Speed wheels with a unique bright-machined finish and gloss black pockets. 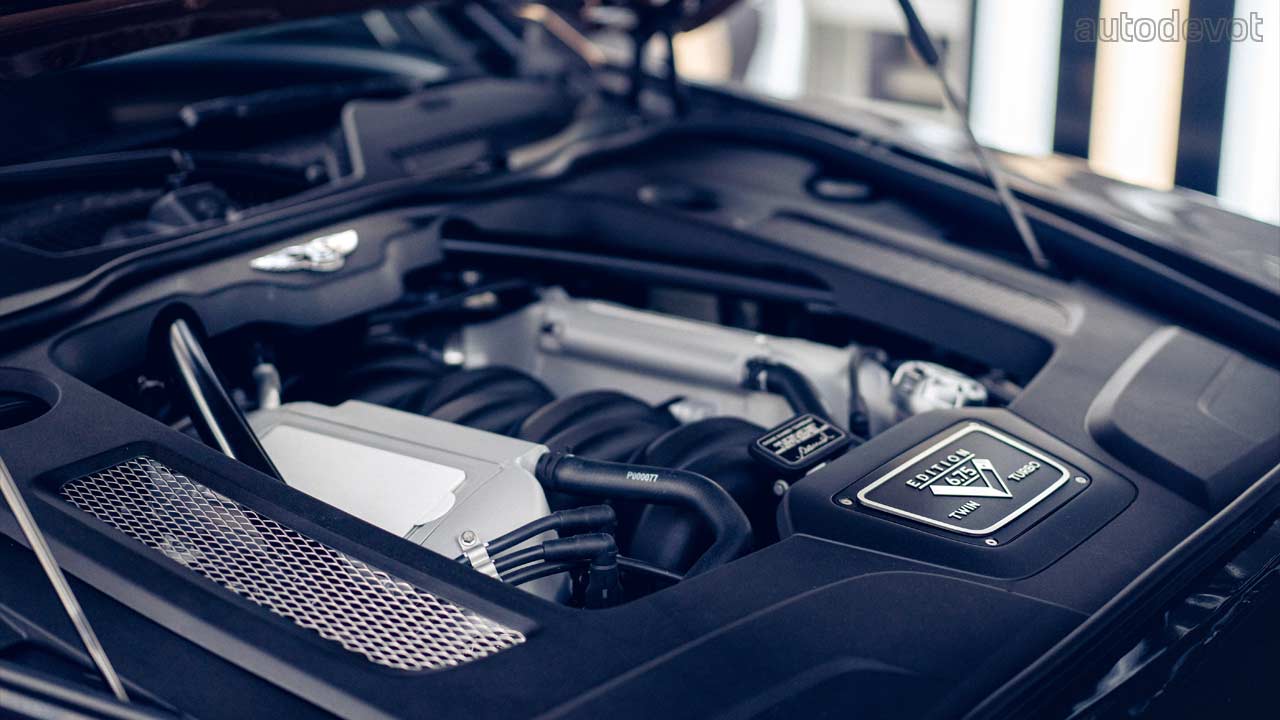 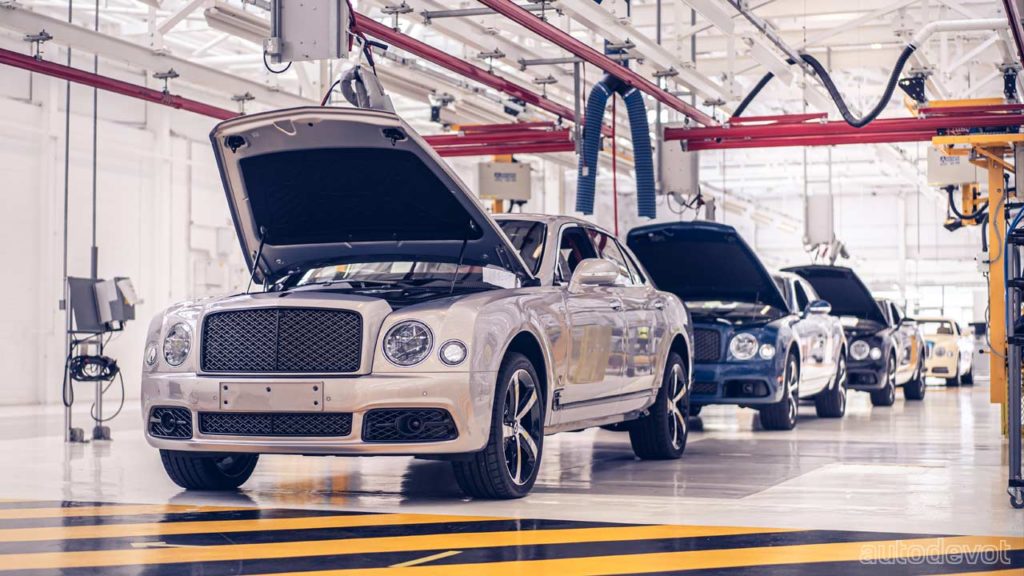 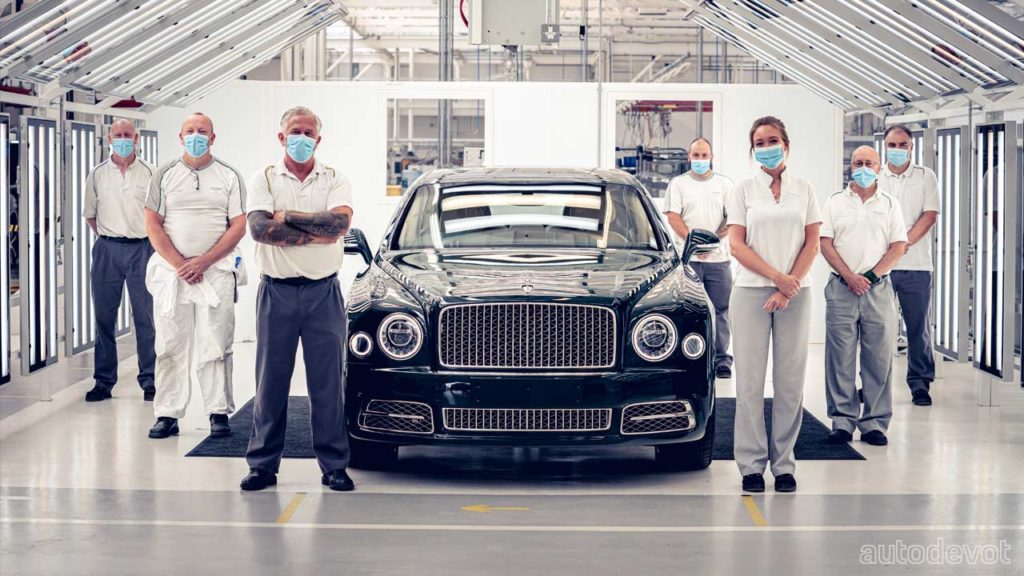 The Bentley colleagues gathered for some socially-distanced photographs with the final cars. Over 7,300 handcrafted Mulsannes were built at Bentley’s home in Crewe, Cheshire.

In the last 11 years, over 700 people have invested nearly three million hours crafting Bentley’s ultra-luxury sedan. Producing the Mulsanne bodies required approximately 42 million spot welds, and creating the sumptuous leather interiors took more than a million hours alone. Nearly 90,000 hours have been spent polishing cars, before a total of over four million individual quality checkpoints. Mulsanne has been a labour of love.

The Mulsanne is the culmination of all that we at Bentley have learned during our first 100 years in producing the finest luxury cars in the world. As the flagship of our model range for over a decade, the Mulsanne has firmly solidified its place in the history of Bentley as nothing less than a true icon. I am immensely proud of the hundreds of designers, engineers and craftspeople that brought the Mulsanne to life over the last 10 years. Now, as we begin Bentley’s journey to define the future of sustainable luxury mobility through our Beyond100 strategy, the role of Bentley flagship is passed to the new Flying Spur. – Adrian Hallmark, Charman & CEO, Bentley

Apparently, the unique 6.75 Edition featured here is not actually the last one. “One extremely special, final Mulsanne remains behind the penultimate car – however, its future home remains a closely guarded secret,” the company said.