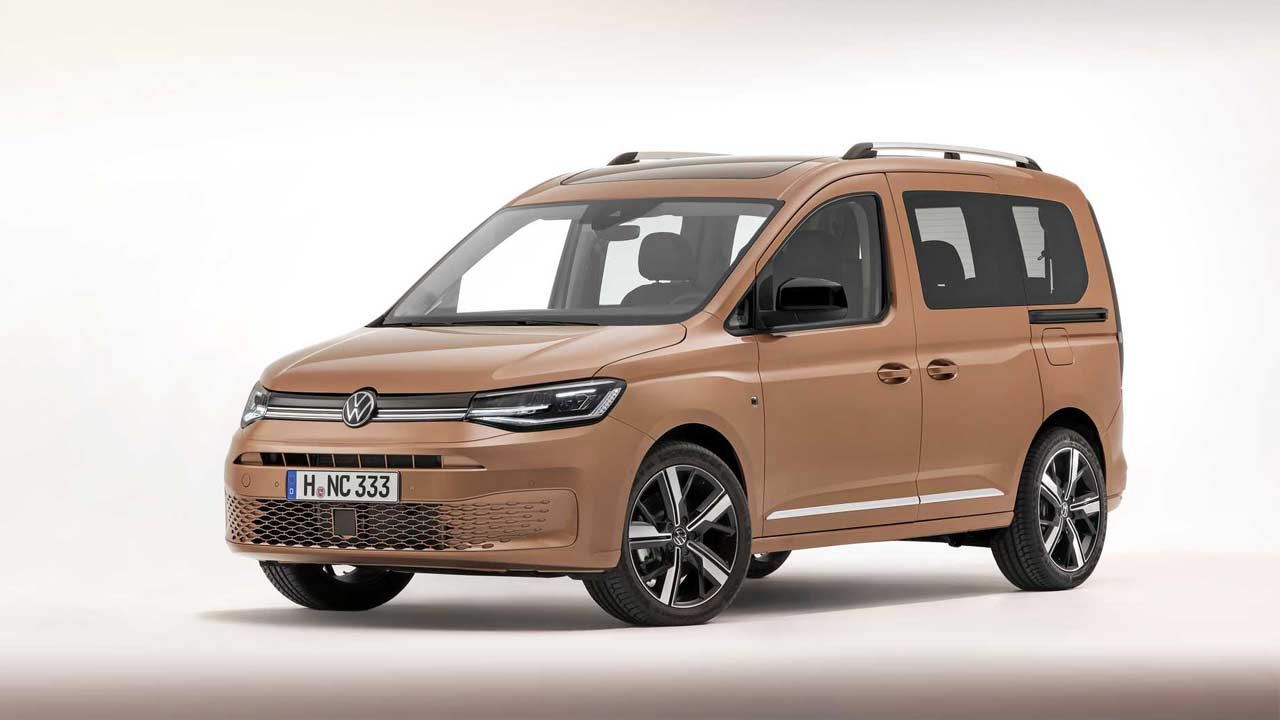 Ford and Volkswagen have signed multiple agreements to co-develop vehicles across different segments and also to collaborate on autonomous-vehicle businesses. This is a further developed story of a collaboration that was announced in July 2019. 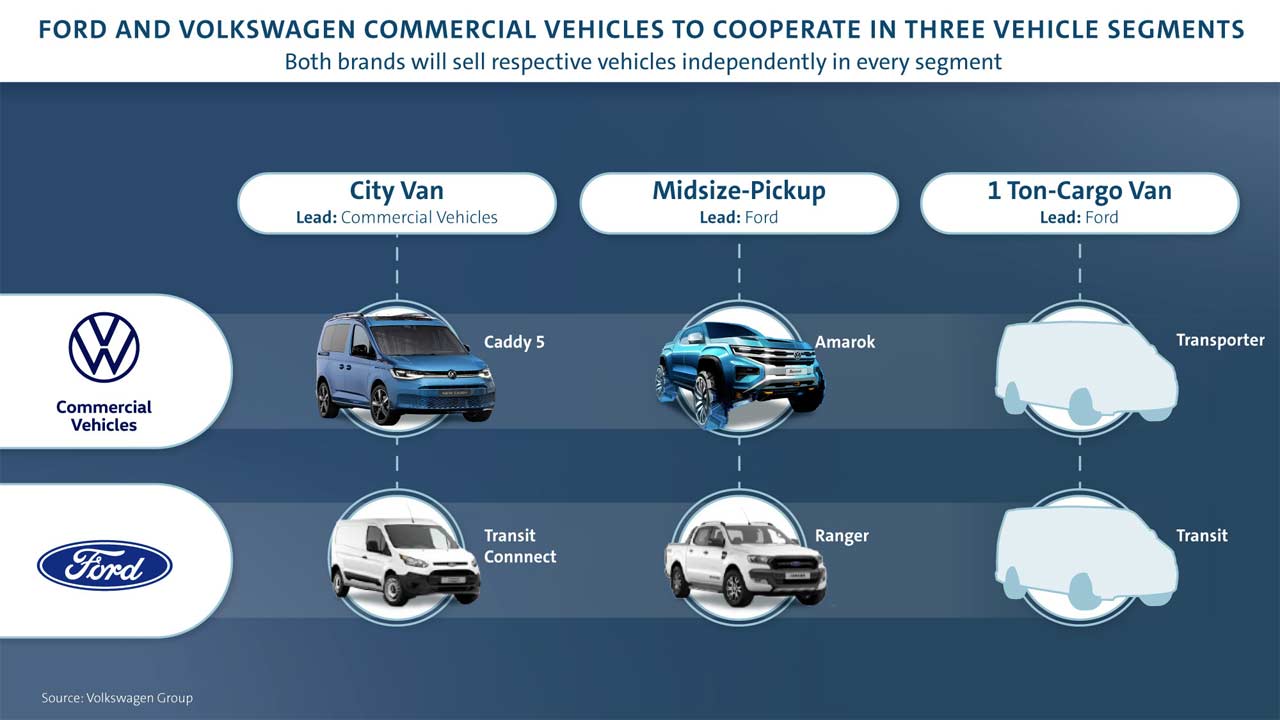 Both companies aim to strengthen their Commercial Vehicles businesses by 2021. To begin with, Volkswagen will develop a city delivery van for Ford based on the latest Caddy model, followed by Ford developing a 1-ton cargo van.

After that, Ford will develop a medium pickup truck for Volkswagen, to be sold as ‘Amarok’ in 2022. As the above infographic would suggest, it’ll be based on the Ranger.

The collaboration with Ford is a key building block of our GRIP 2025+ strategy and part of the current transformation of Volkswagen Commercial Vehicles. This long-term cooperation with Ford will strengthen our very good position in area of light commercial vehicles, especially in our core European markets, and is proof that we are successfully implementing our plan step by step. – Thomas Sedran, Chairman, Volkswagen Commercial Vehicles 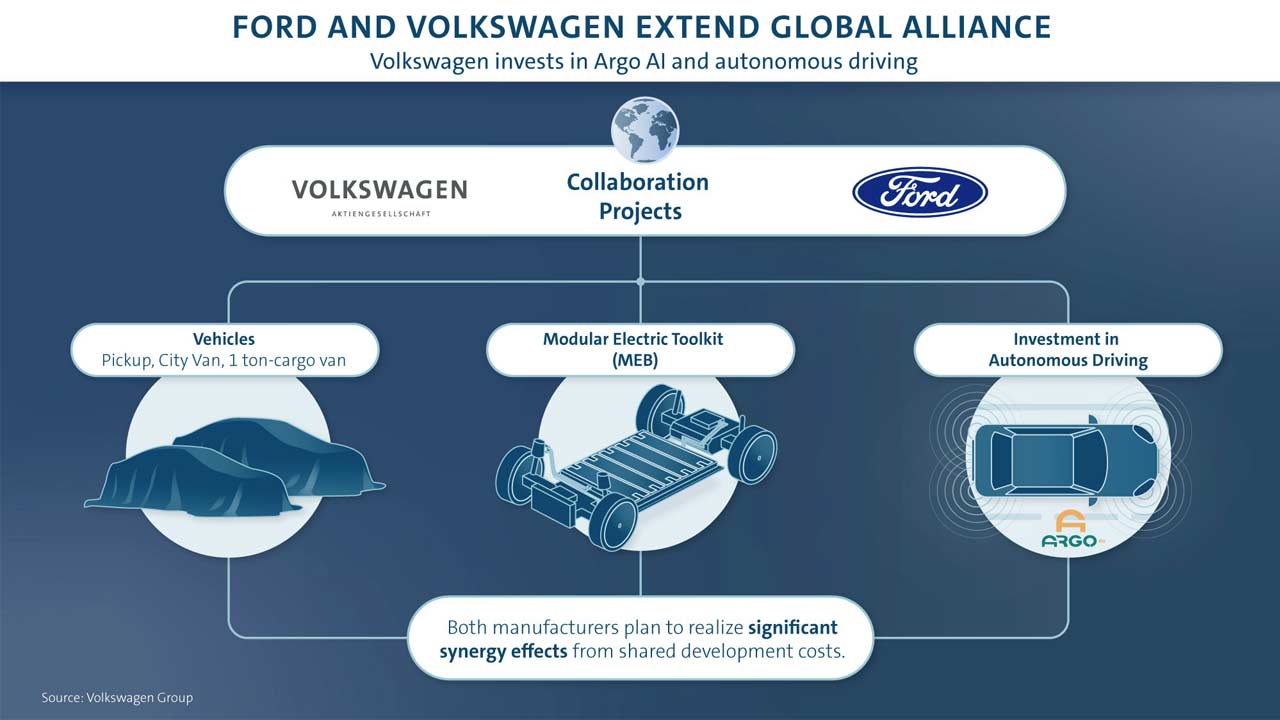 In addition, Ford will use Volkswagen’s MEB (Modularen E-Antriebs-Baukasten or modular electric drive matrix in English) platform to develop an electric vehicle for Europe by 2023. The vehicle will be designed and engineered by Ford in Cologne-Merkenich, the official statement said. Ford plans to purchase 600,000 MEB platforms and associated components for the same. 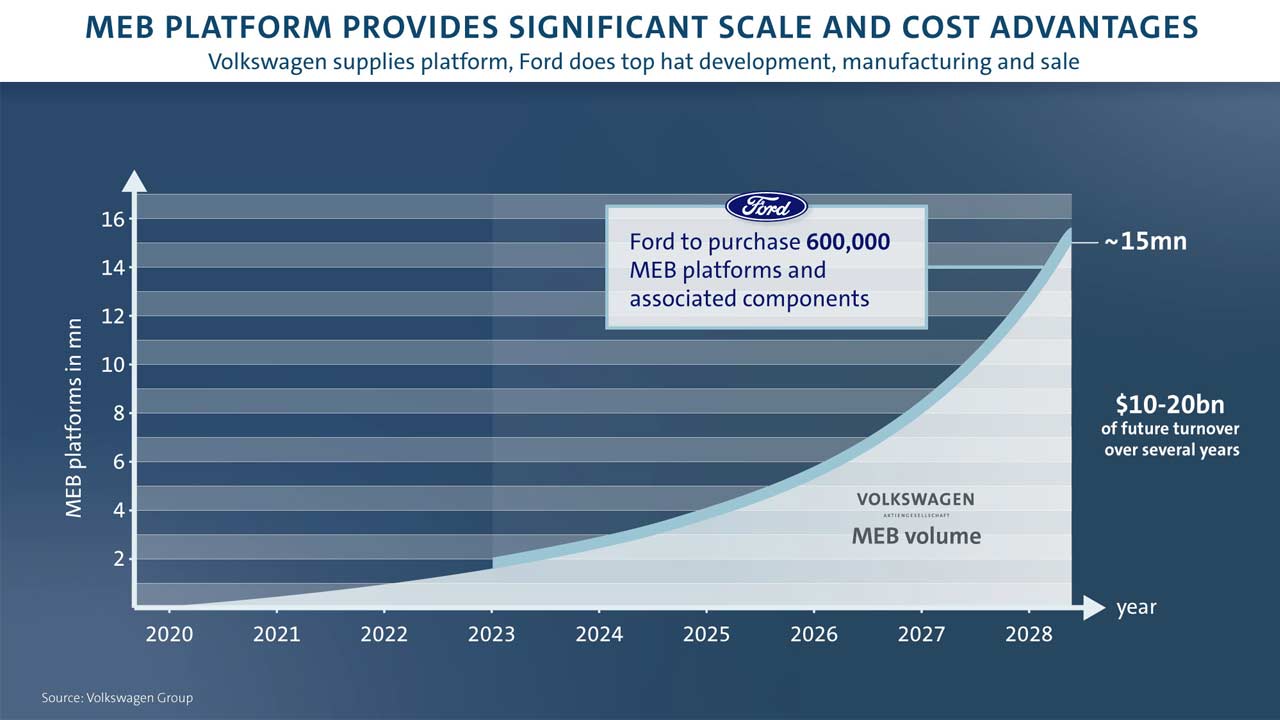 Commercial Vehicles are fundamental to Ford today and an area where we will accelerate and grow, and working with Volkswagen on these platforms will provide both of us significant financial advantages in things like engineering, and plants and tooling. Separately, Ford will add battery electric versions of Transit and F-150 in the next 24 months for commercial customers who increasingly need zero emissions and the power of connectivity, data and Artificial Intelligence. – Jim Farley, COO, Ford

Last but not the least, both companies will work with Argo AI to form autonomous-vehicle businesses based on Argo AI’s self-driving technology. In other words, both companies could get into ridesharing businesses with self-driving vehicles. Last week, Volkswagen closed its previously announced investment in Argo AI, the Pittsburgh-based company in which Ford already had ownership and development interests.