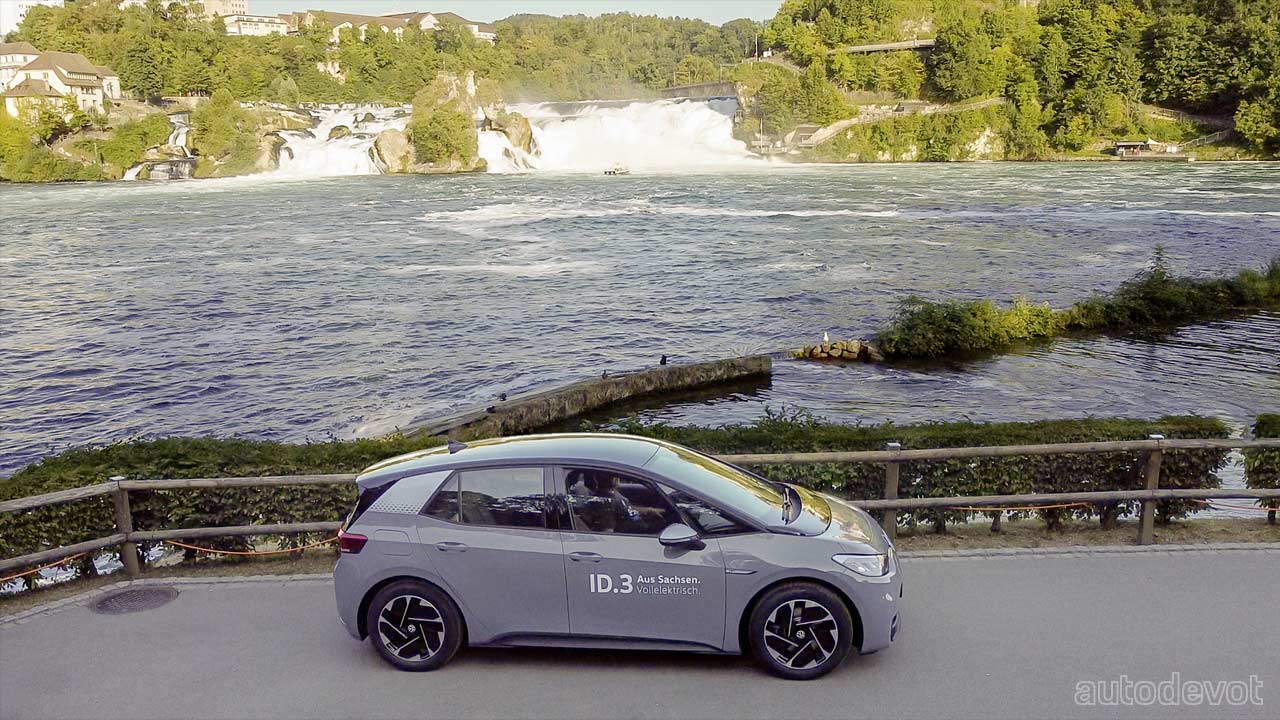 The all-electric Volkswagen ID.3 has covered 531 km (329 mi) from Zwickau (Germany) to Schaffhausen (Switzerland) on a single charge, thus exceeding the official range by over 110 km (68 mi). It was the ID.3 Pro Performance base model (1st Edition) with a 58 kWh battery pack. VW had quoted an official range of up to 420 km (260 mi) as per WLTP for the aforementioned battery pack.

The route to Switzerland comprised entirely of public roads and highways, passing cities such as Bayreuth and Ulm, VW said. Behind the wheel was “hypermiler” Felix Egolf from Switzerland. The term “hypermiling” originated in the United States and refers to driving a series production vehicle with techniques that maximize efficiency and minimize consumption.

Egolf constantly lifted off the accelerator and let the ID.3 coast. On the highway sections of the journey, he sometimes used the slipstream of trucks traveling in front of him. The weight, on the other hand, was not ideal: the additional weight of the cameraman plus technical equipment added around 250 kg (551 lbs). In addition, auxiliary consumers such as navigation, daytime running lights, radio and ventilation were either temporarily or permanently in operation. Nevertheless, power consumption was a mere 10.9 kWh/100 km, VW said.

Around 44% of the record journey was on highways and 56% on country roads. The average speed was 56 km/h (35 mph). Felix Egolf completed the journey from Zwickau to Schaffhausen in roughly 9 hours.