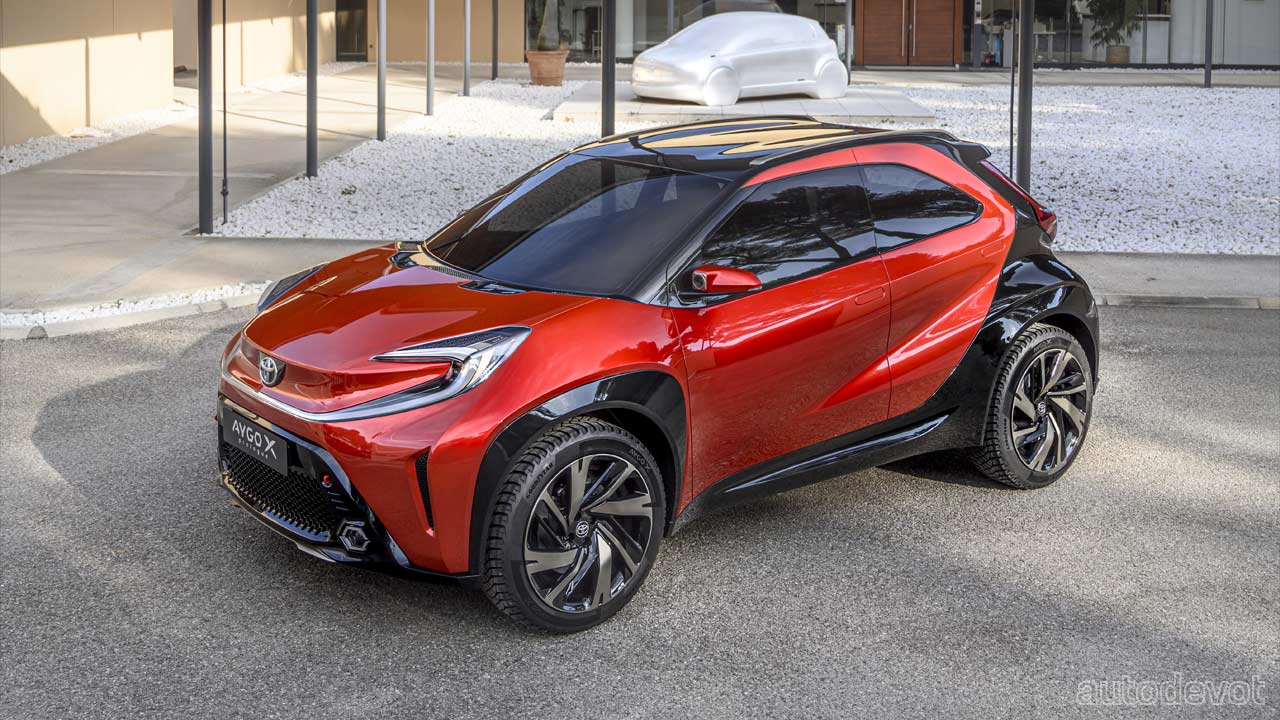 The A-segment in Europe is filled with tiny city cars, but what if you could spice it up with a crossover and capitalize on the ever-hungry SUV market? That’s exactly what the designers at Toyota’s European Design studio (ED) in Nice, France, thought and came up with this Aygo X prologue (concept). “With this prologue, Toyota reimagines how the A-segment could be spiced up,” the company said in an official statement. 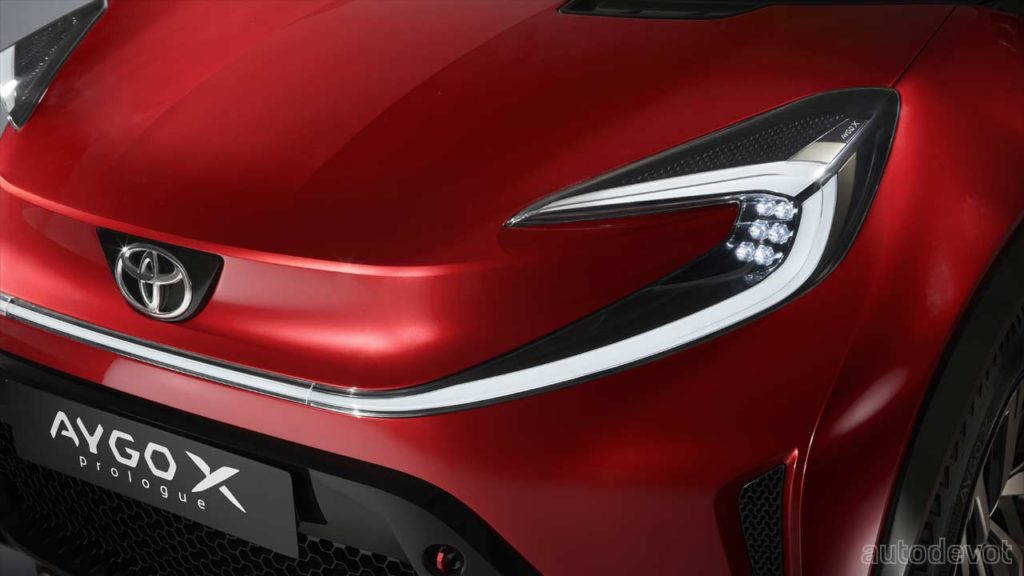 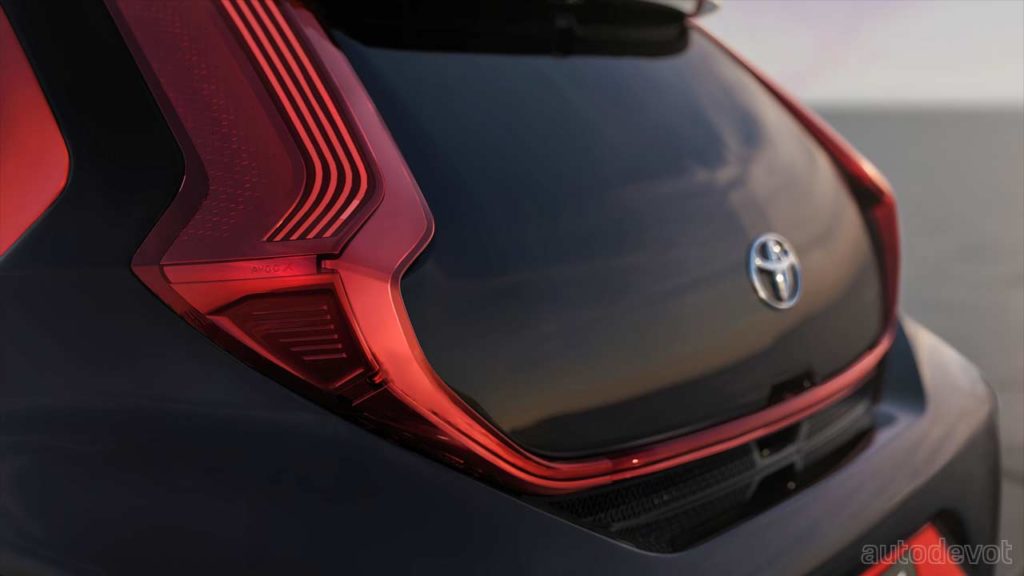 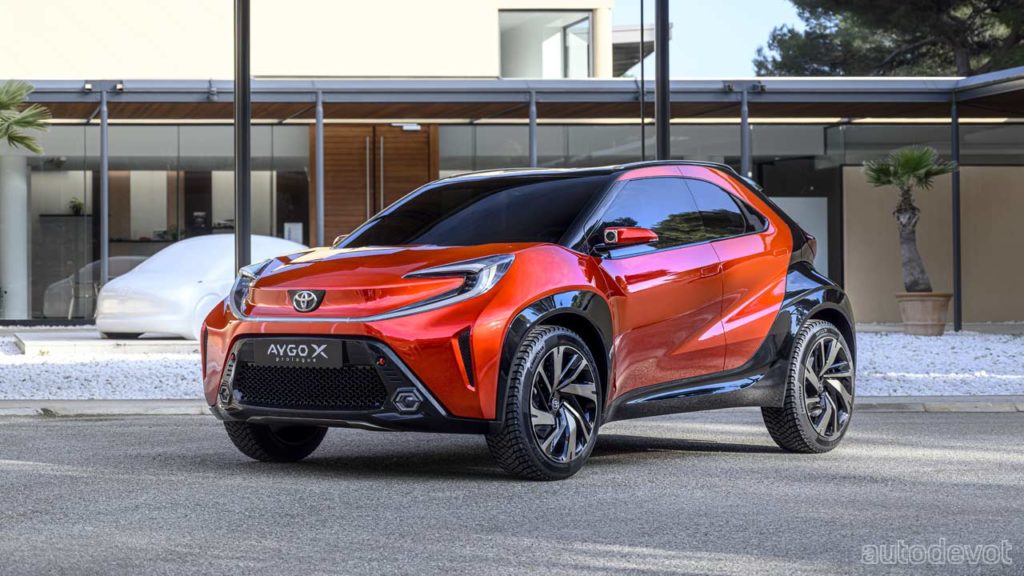 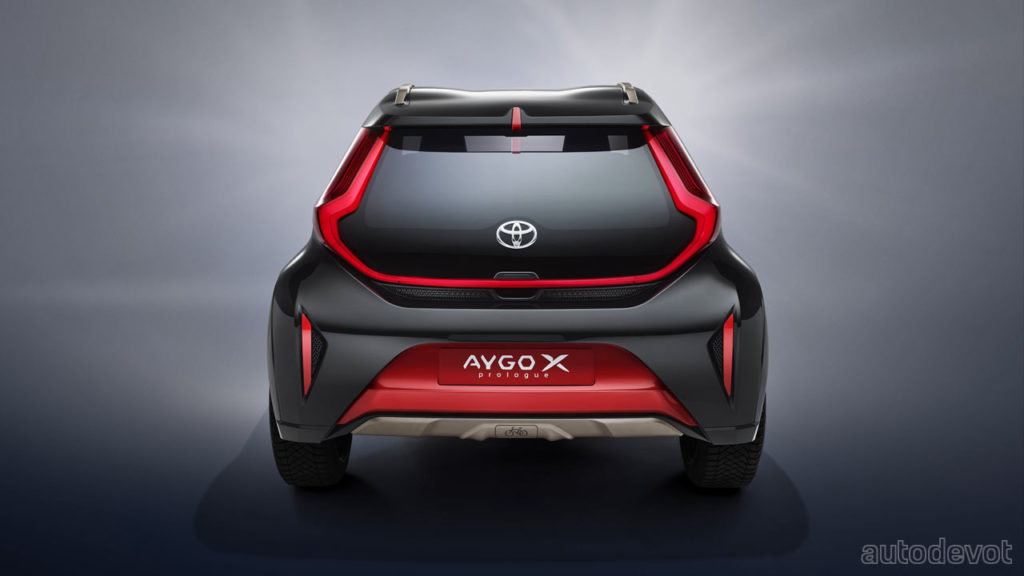 For the uninitiated, the Aygo is an existing city car that is also sold as Peugeot 108 and Citroën C1 in Europe. Which means the Aygo X prologue can be considered as a “crossover” version of the Aygo. Some of its styling appears to have been borrowed from the GR Yaris, such as that big crease on the side and fat rear wheel arches. Also, notice that the wing mirrors have an integrated action camera and the rear skid plate has a bicycle-holder mount, highlighting the Aygo X prologue’s adventurous intentions.

Fun and playfulness have always been at the heart of Aygo. Now, we’ve added to its DNA an additional pinch of hot spice. – Lance Scott, Design Director at ED 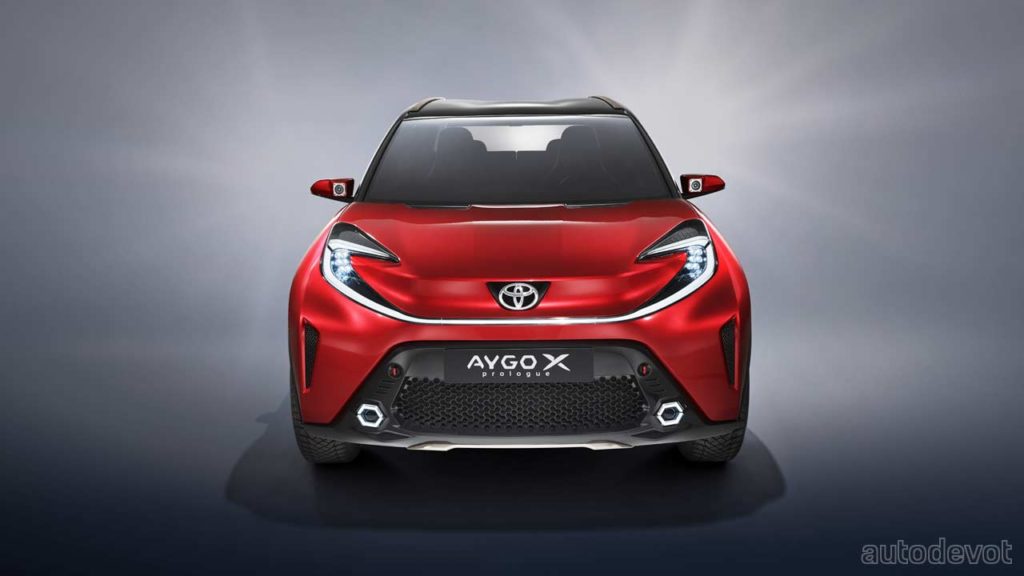 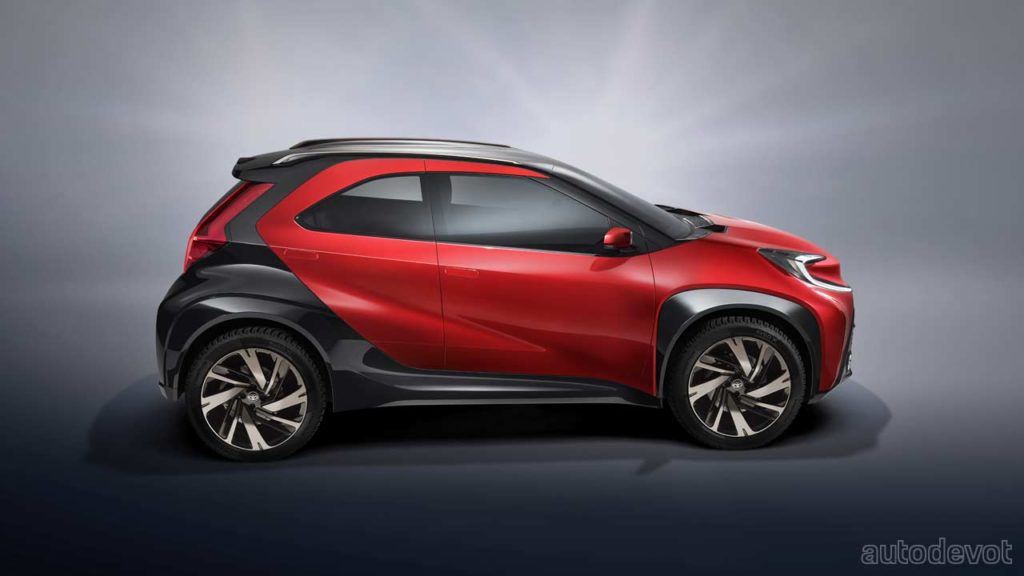 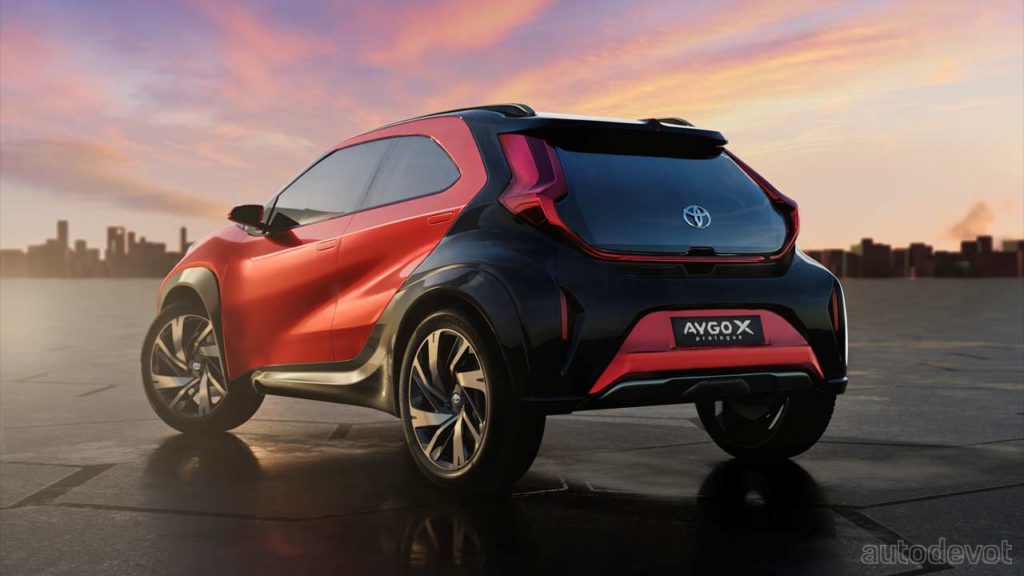 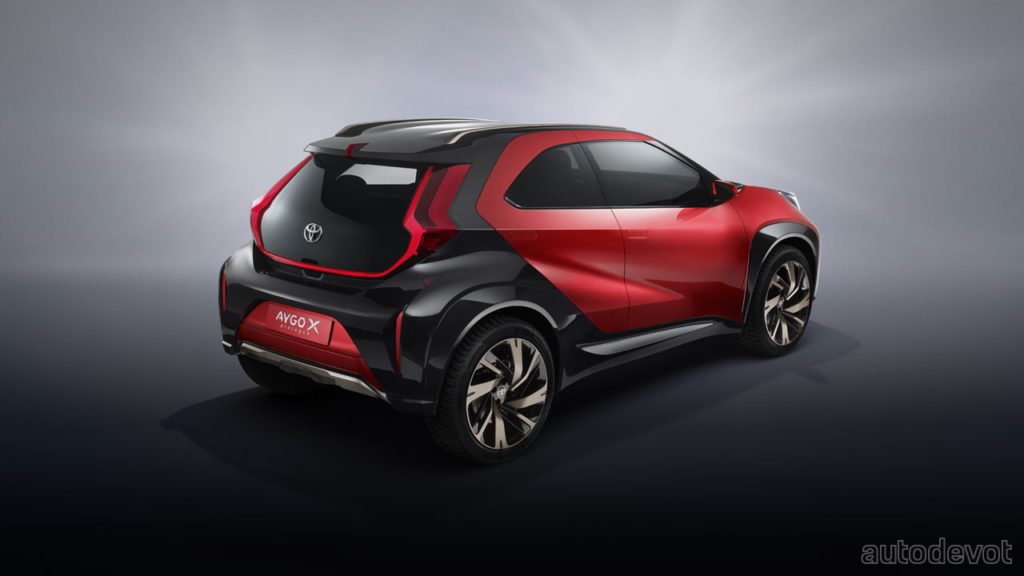 I’m a customer as well as a designer. So, I helped design the Aygo X prologue to be the car that I wanted for me. – Momoko Otawara, Colour Material & Finishing Designer at ED

As with the Aygo, there’s a bi-tone paint scheme going on. Apparently, the red paint has a mix of blue metallic flakes and hence the paint is called ‘Sparkling Chilli Red’. Anyway, my personal favorite design element is that U-shaped taillight signature that sort of continues over the top as roof rails.

Understandably, not many details are available just yet, but you can be assured that Toyota “is determined to bring even more boldness and spice to small car buyers”.