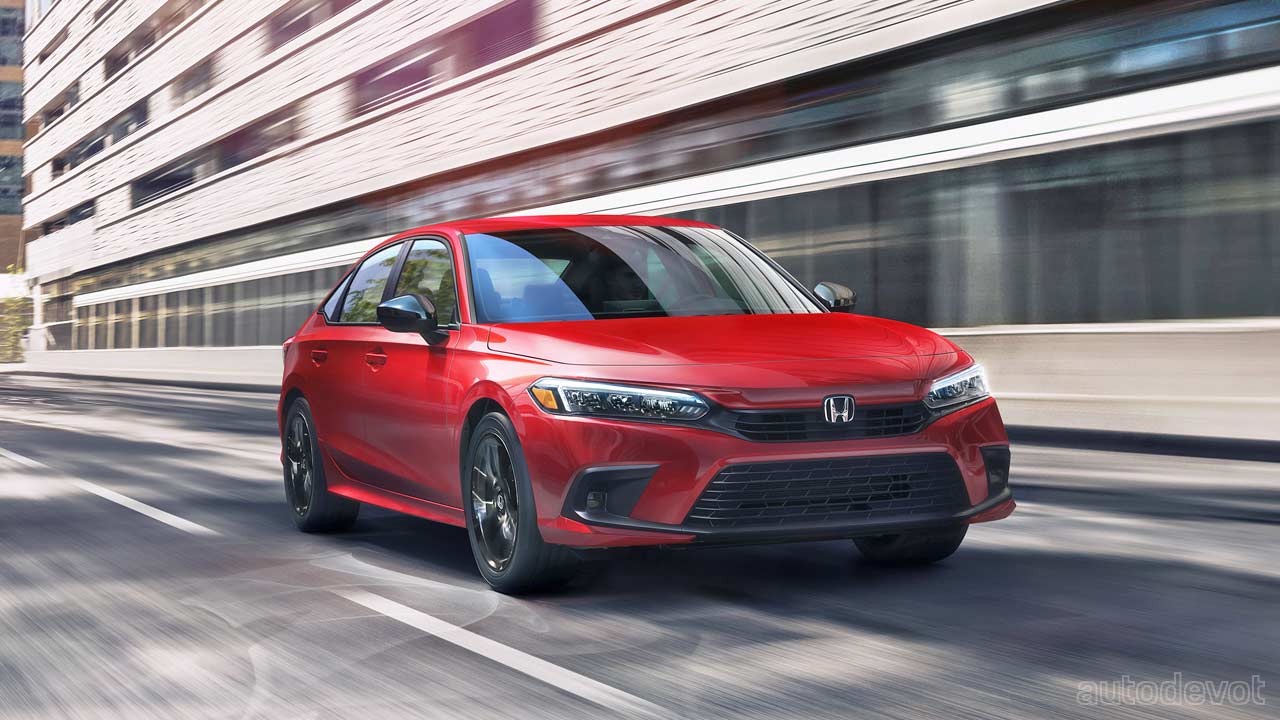 Honda has finally decided to fully reveal the 11th generation Civic Sedan after revealing it as a prototype last year and a single image earlier this year. The Sedan has already been listed on Honda’s official U.S. website and is expected to go on sale this fall. 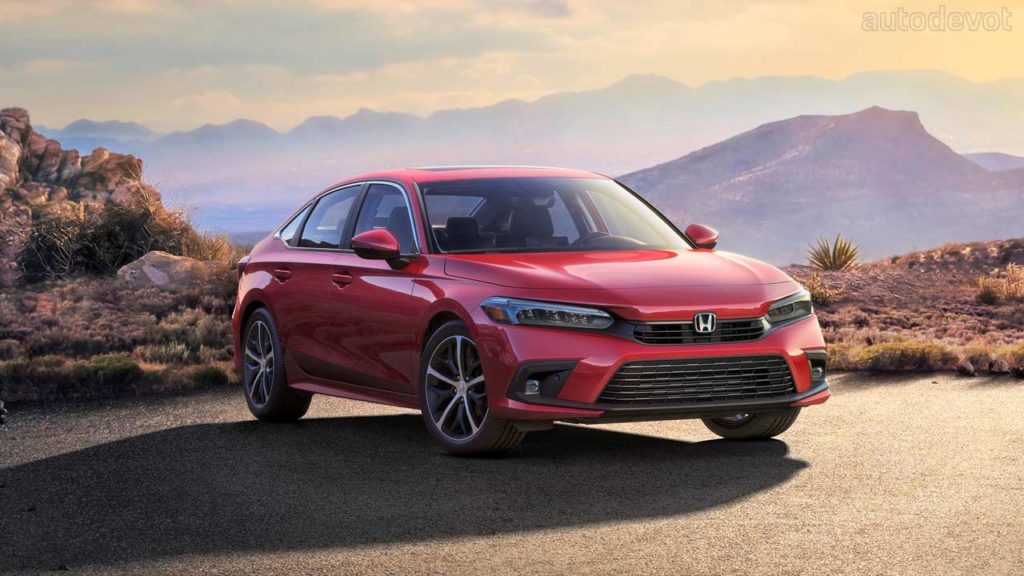 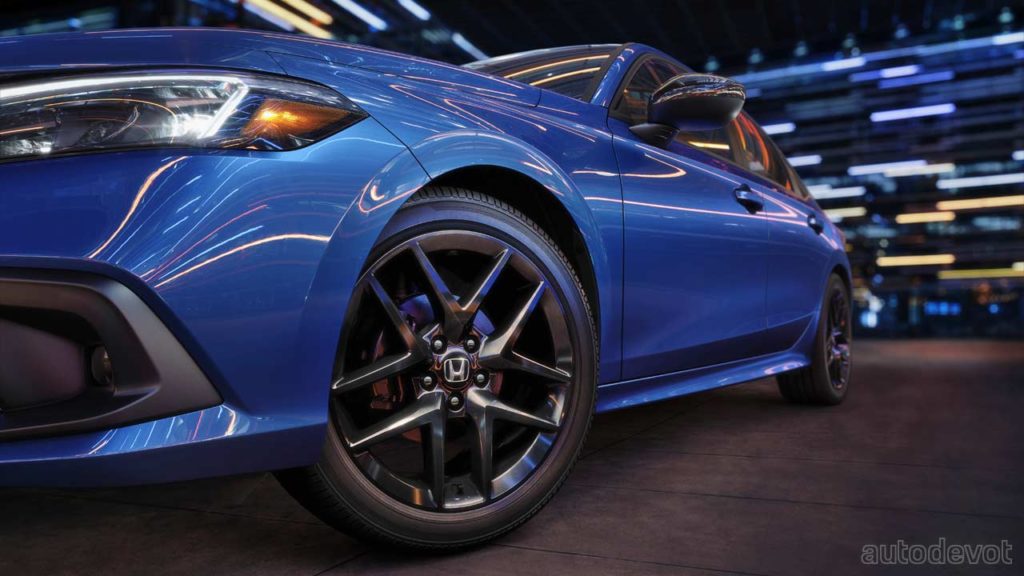 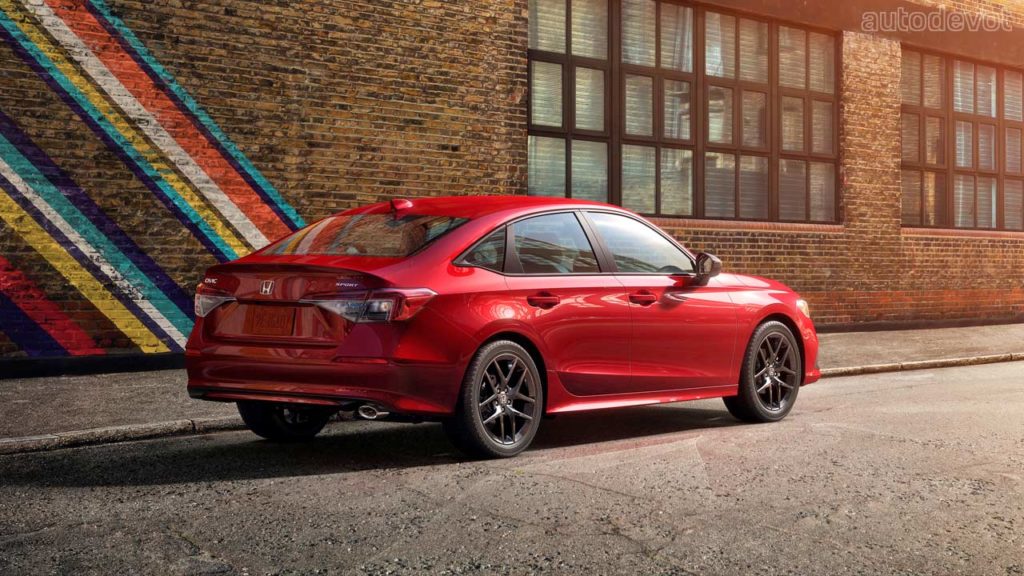 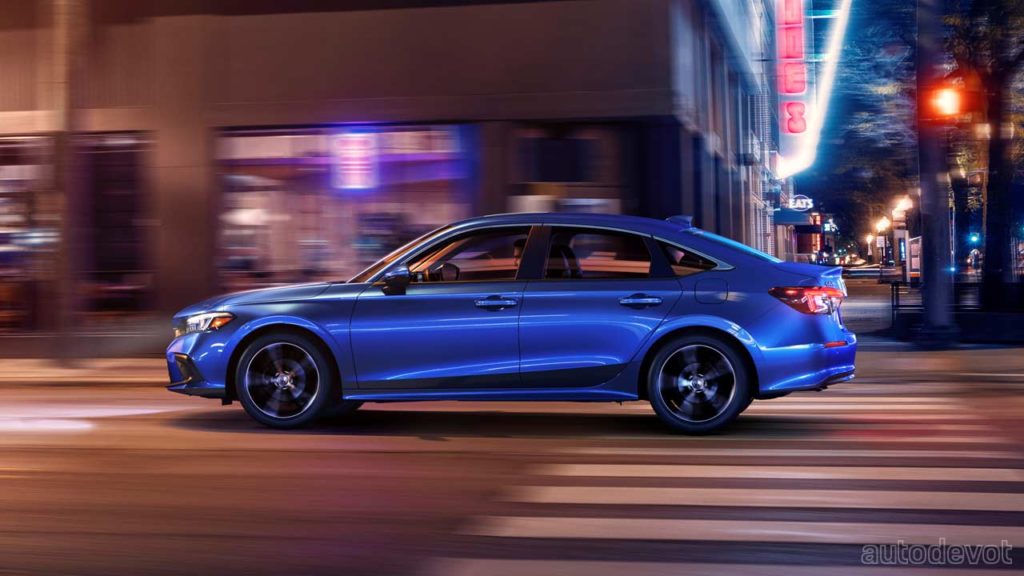 In America, the 2022 Civic Sedan will be available in four trims at launch: LX, Sport, EX, and Touring. These murky photos showcase the Sport and Touring trims. As we discussed in the previous post, the styling hasn’t changed much compared to the last year’s prototype; the rear fascia too including the taillight signature remains the same. However, it has to be said that the prototype has a sporty rear bumper with two tailpipes on either side in a gloss black housing. The main distinguishing factor between the Sport and Touring trims appear to be the 18-inch wheel designs. The LX and EX trims ride on 16-inch steel and 17-inch alloy wheels, respectively. 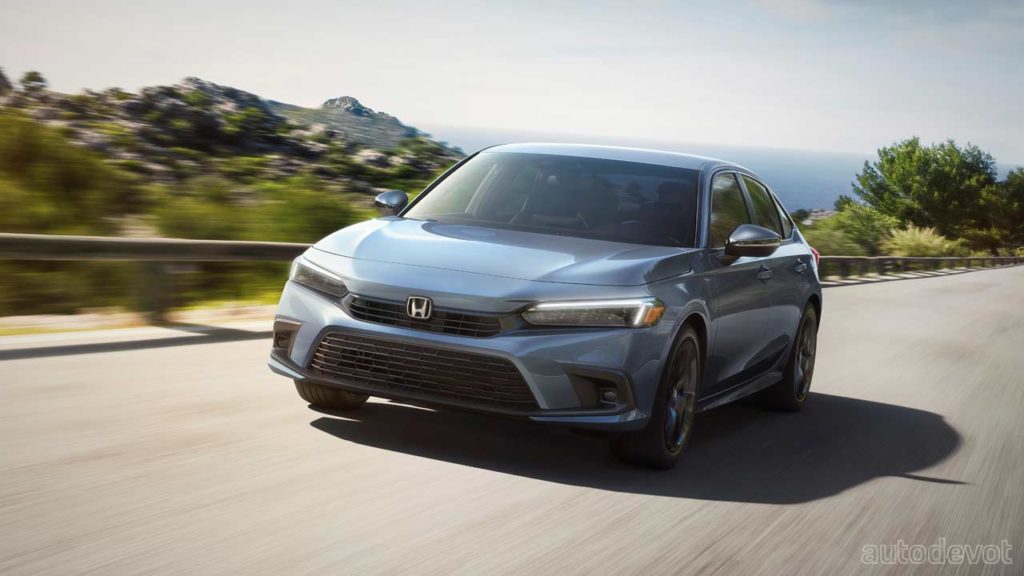 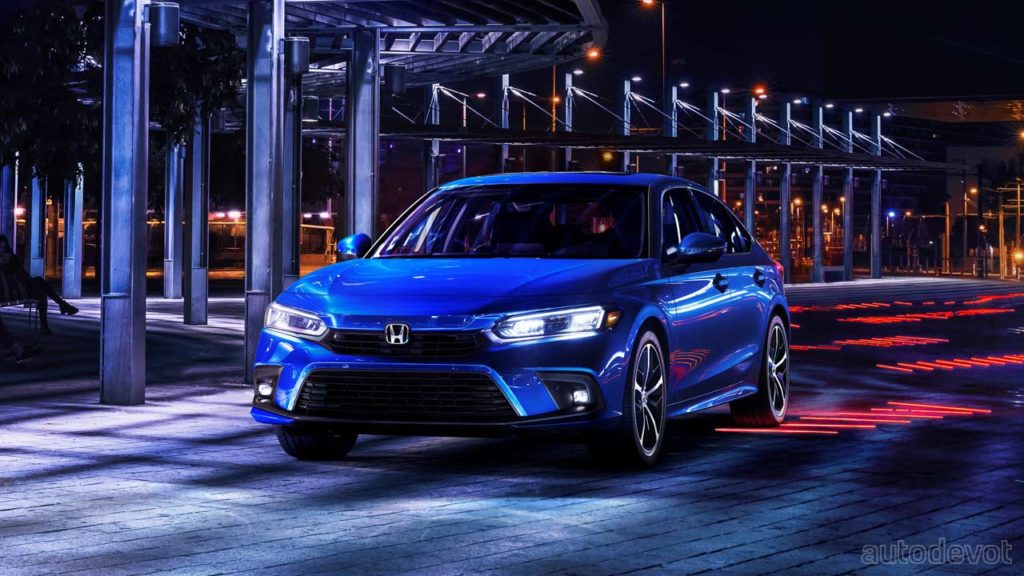 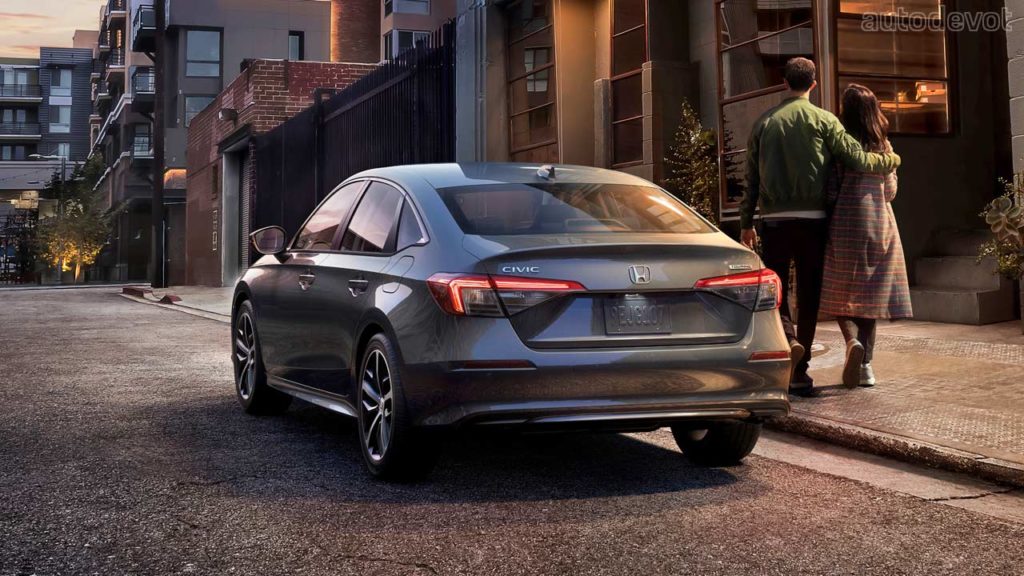 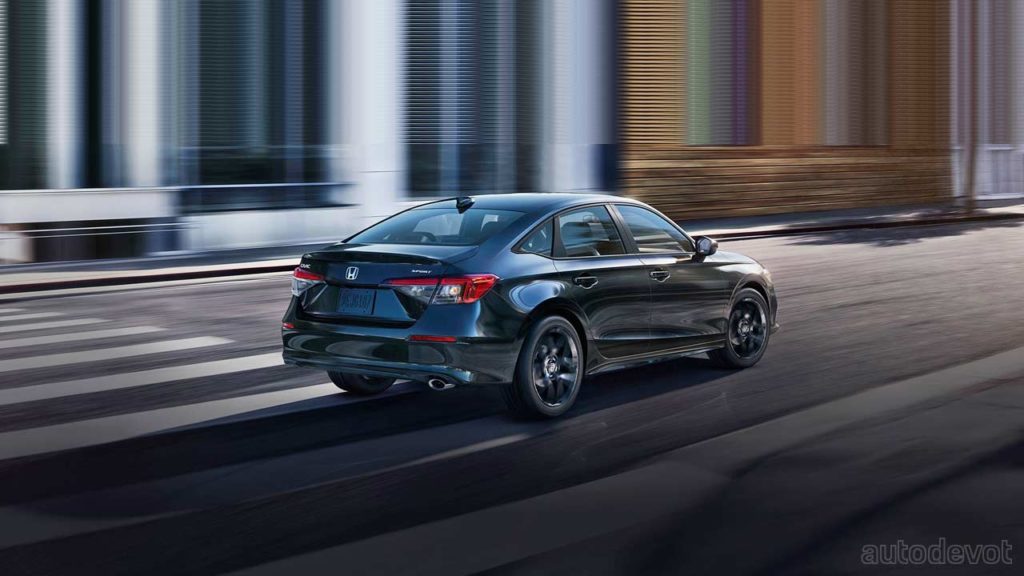 As for construction, Honda claims the 11th generation Civic body structure to be the most rigid in Civic history, with an 8% improvement in torsional rigidity and 13% improvement in bending rigidity over the previous generation. Also, the stiffer structure is claimed to improve the ride, handling and NVH.

The front MacPherson struts feature new low-friction ball joints and front damper mount bearings to improve steering feel and self-centering, and the spring and damper alignment has been optimized to minimize operational friction. At the rear, the track is 0.5-inch wider for enhanced stability. In addition, the two rear lower arms are equipped with a new bushing that reduces noise and vibration inside the cabin, while also promoting better straight-line stability and turn-in, Honda elaborated. 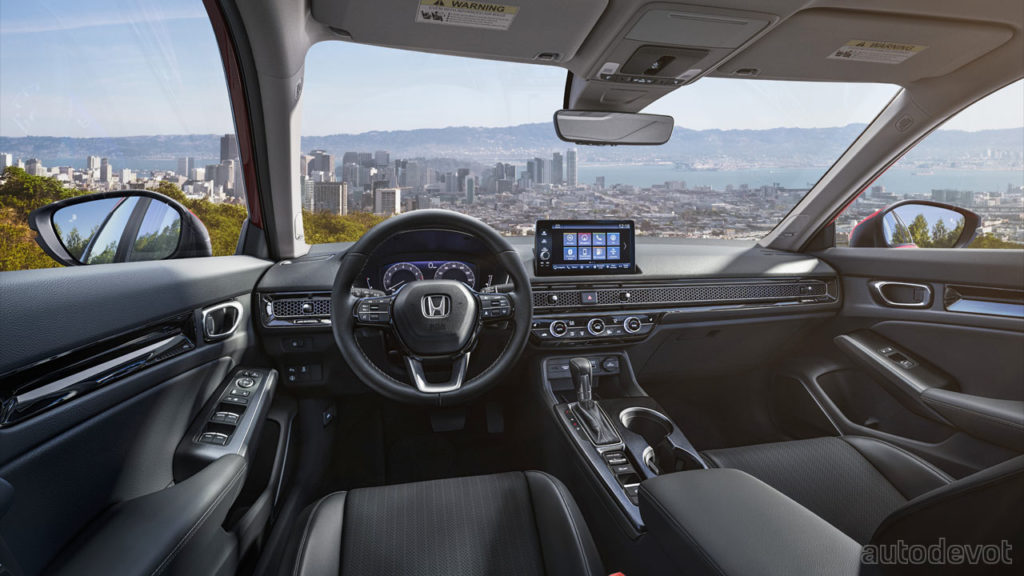 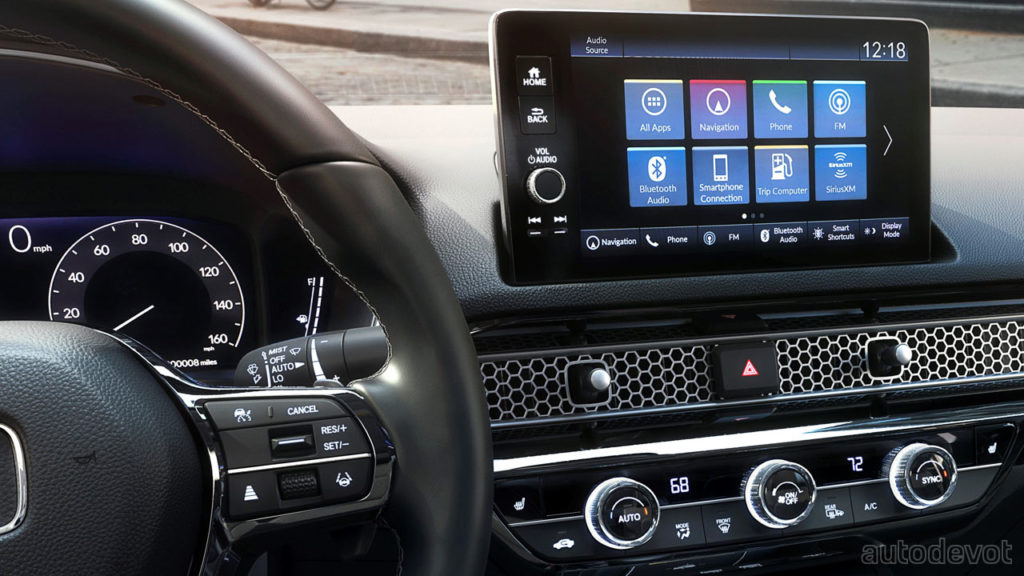 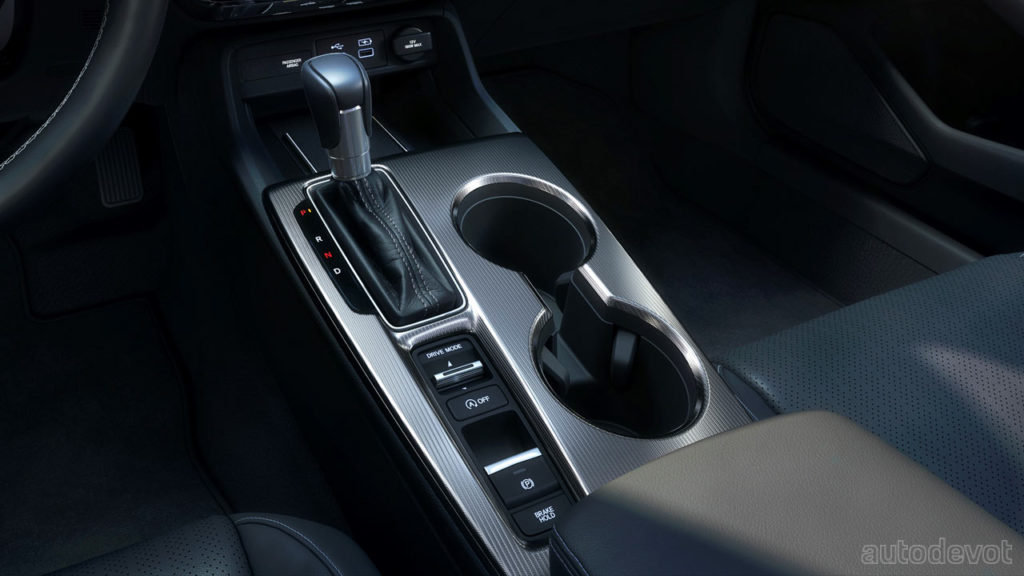 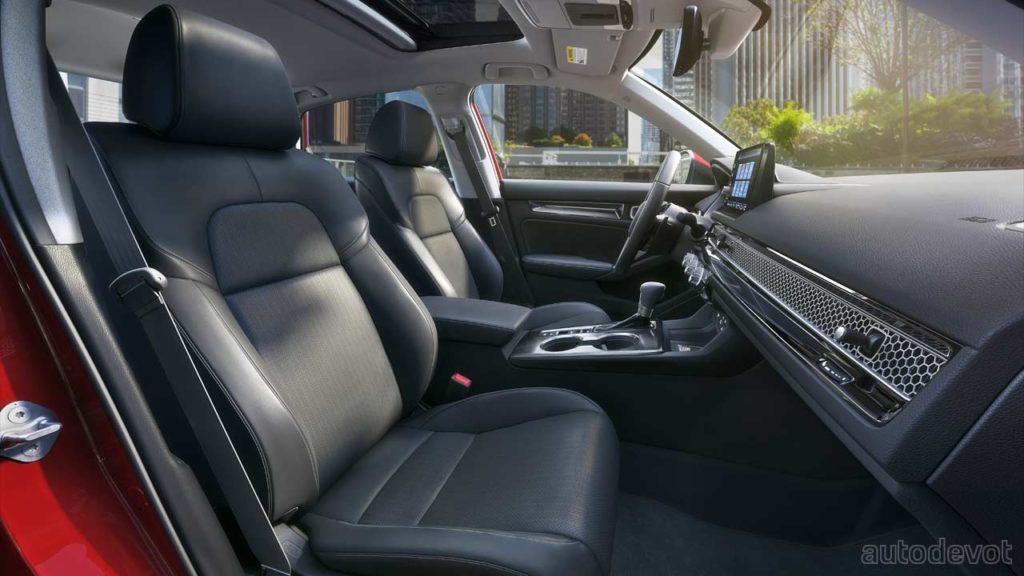 The cabin has a clean and simple layout and still retains the important physical knobs and buttons which are being replaced with touchy nonsense these days at a rapid pace. My personal favorite design element is the honeycomb mesh pattern for the air vents that stretches across the dashboard. The mesh actually conceals the air vents. Also, notice the joystick-like controls to adjust the airflow. 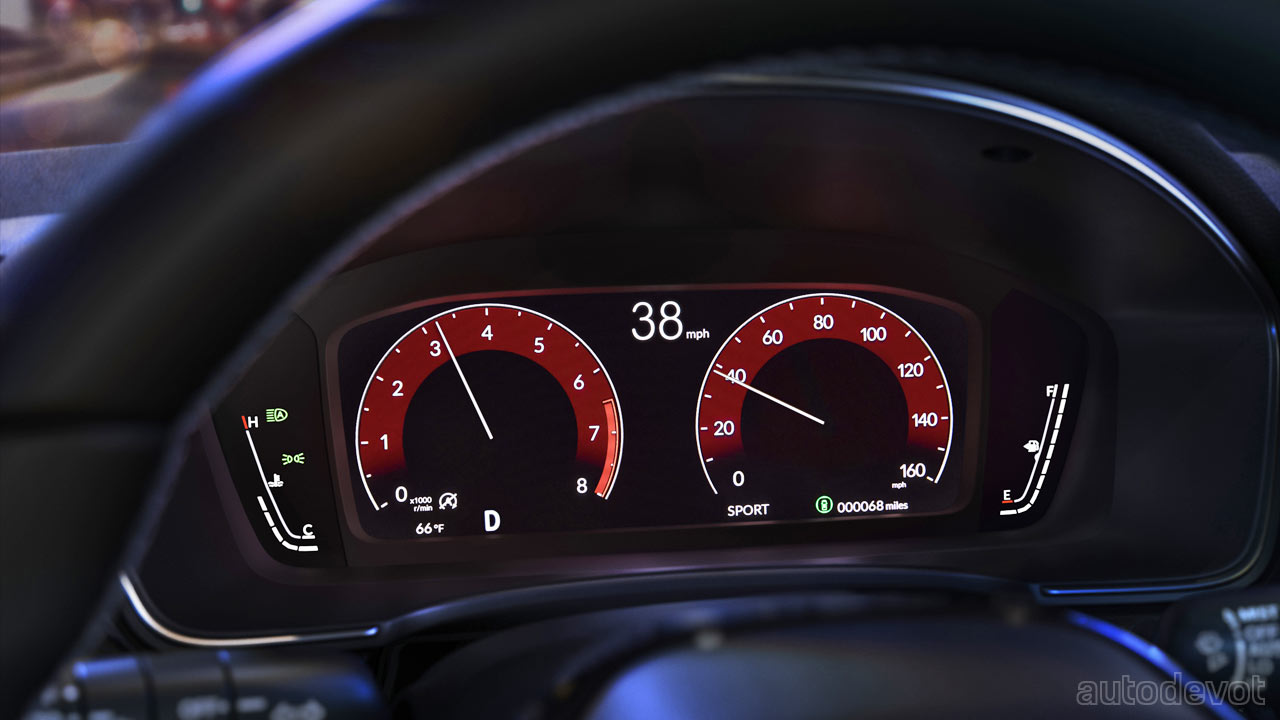