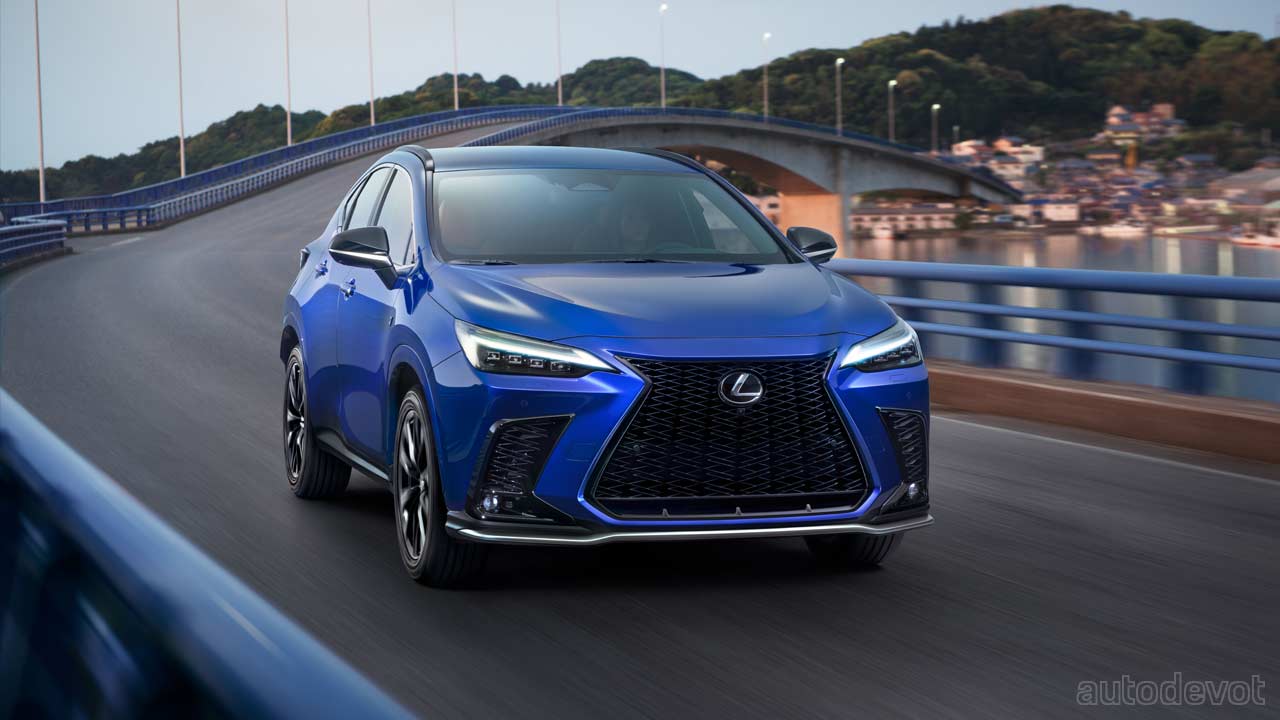 There are conventional options too.

As announced last month, Lexus has revealed its first-ever PHEV model, which is none other than the second-generation NX. What’s more interesting is that depending on the market, there’ll be seven powertrain combinations on offer, including a 2.4L turbocharged AWD variant with an 8-speed AT. Production is expected to commence in the third quarter of 2021. 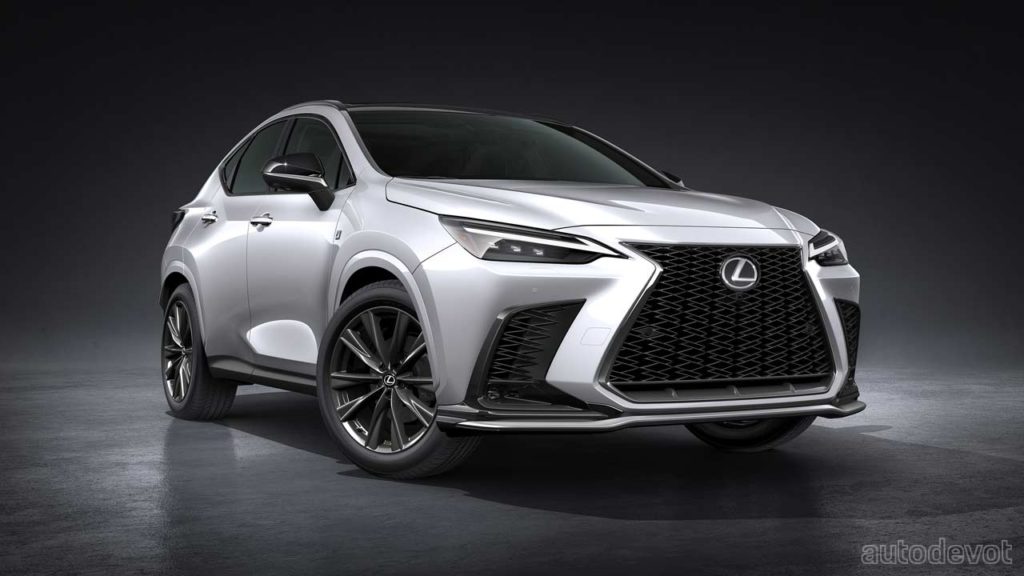 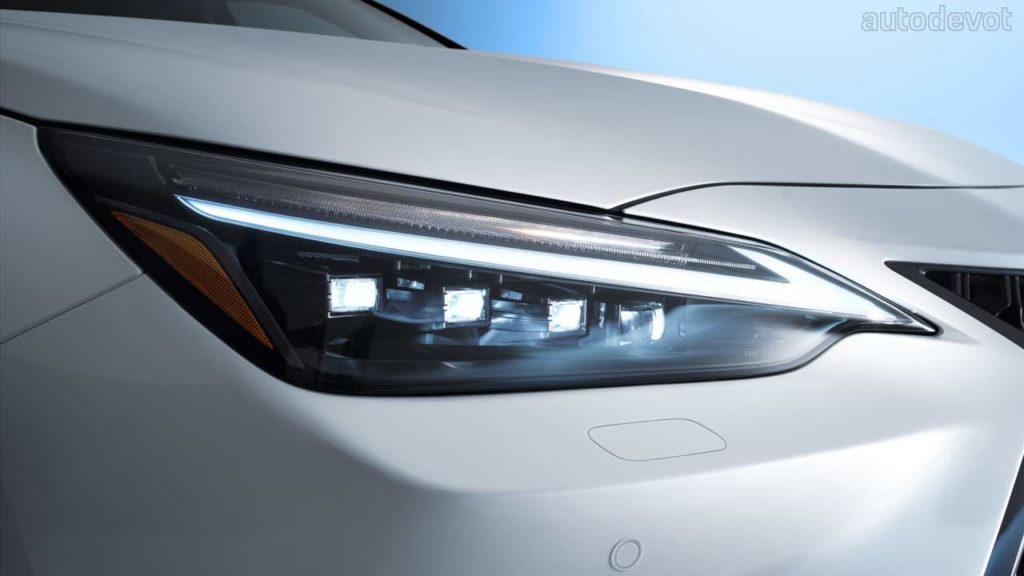 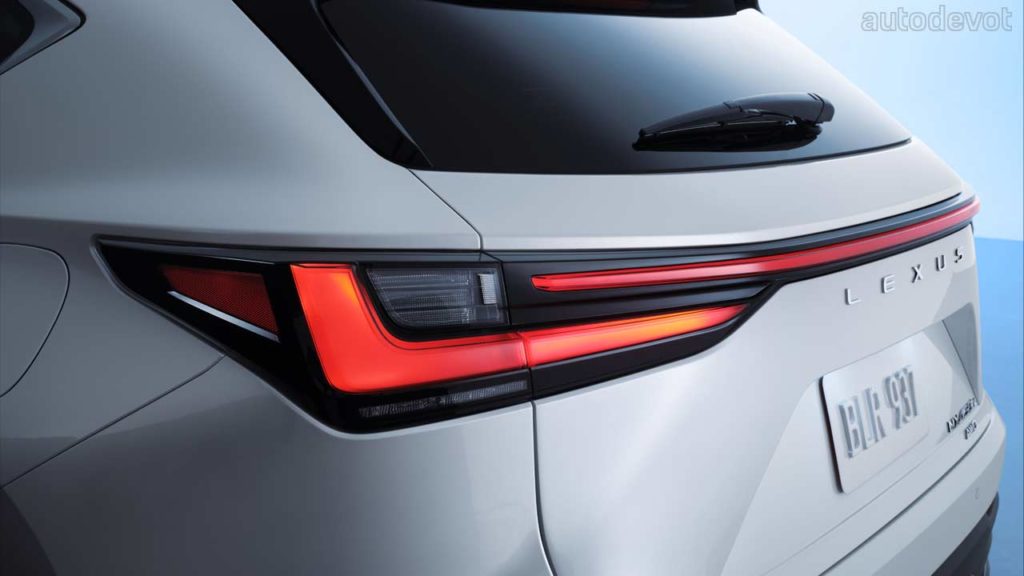 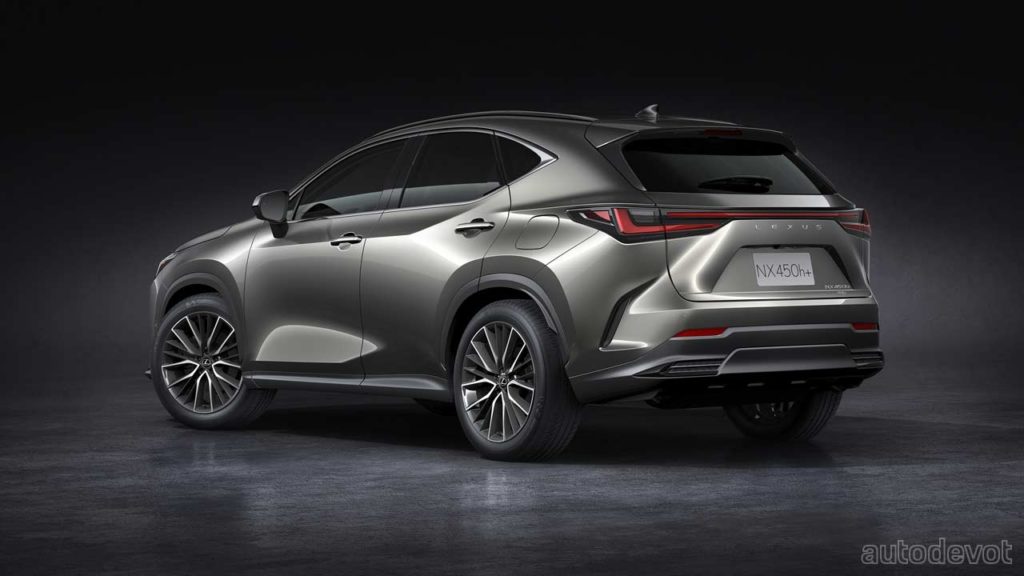 Alright, let’s talk a li’l bit about its styling then. Personally, I always liked Lexus’ styling; I think they look even better in-person than in photos. As for the new NX, it has been sharpened-up compared to the outgoing model. The front fascia looks a lot cleaner, thanks to the headlight-integrated running lights. The side profile looks rather busy due to more creases than needed, while the rear-end looks very stylish with L-shaped lights and a light strip that runs across the tailgate. Lexus claims that the new model is more aerodynamic than before.

There are new wheel designs, of course, ranging from 18- to 20-inches; the sporty F Sport model rides on 20-inch gloss black aluminum wheels. As for the suspension system, the new NX gets newly developed MacPherson struts at the front and a trailing arm, double-wishbone design for the rear. The F Sport model gets the latest iteration of the Adaptive Variable Suspension (AVS) as standard, which assures a high level of handling and ride comfort. 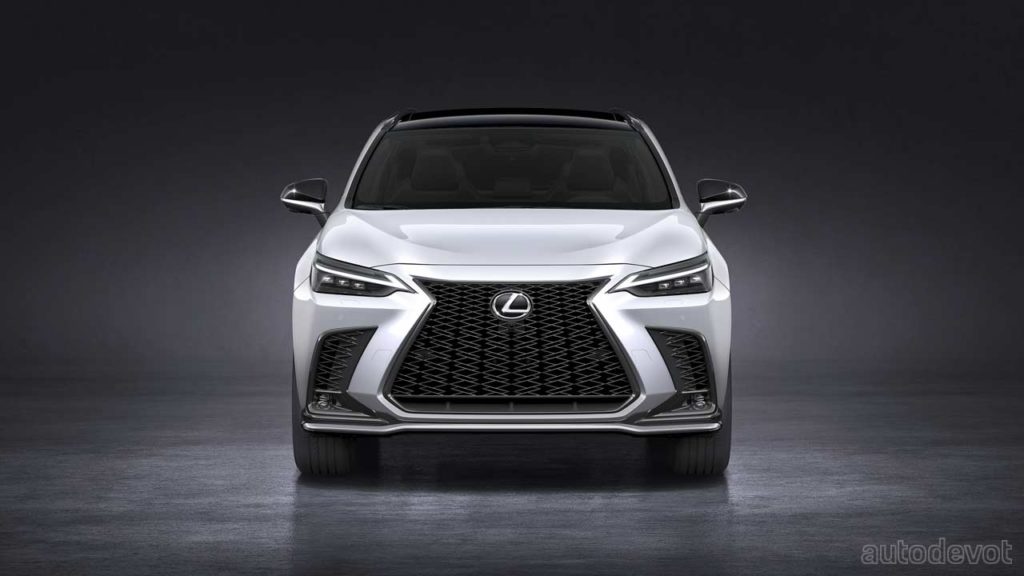 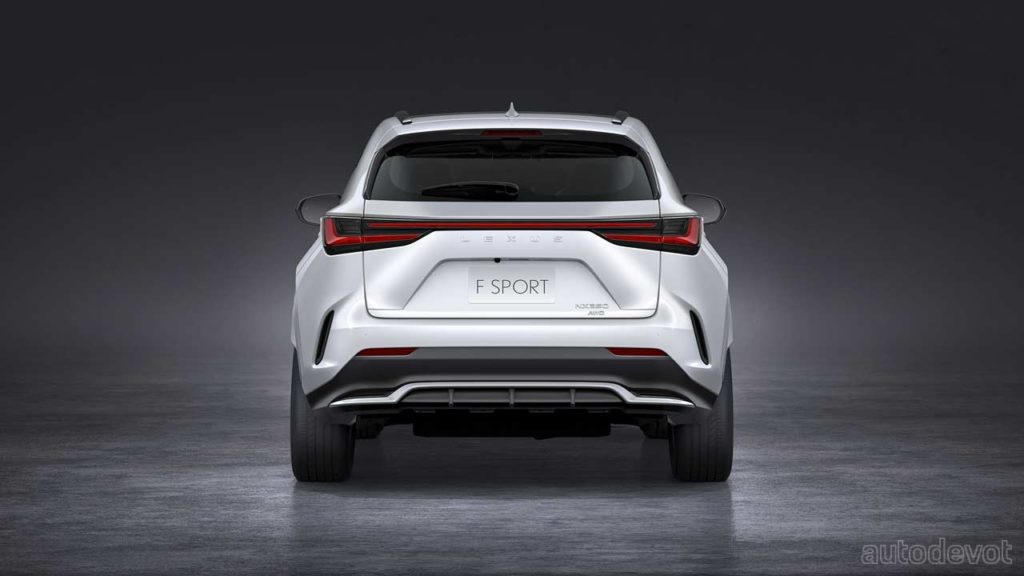 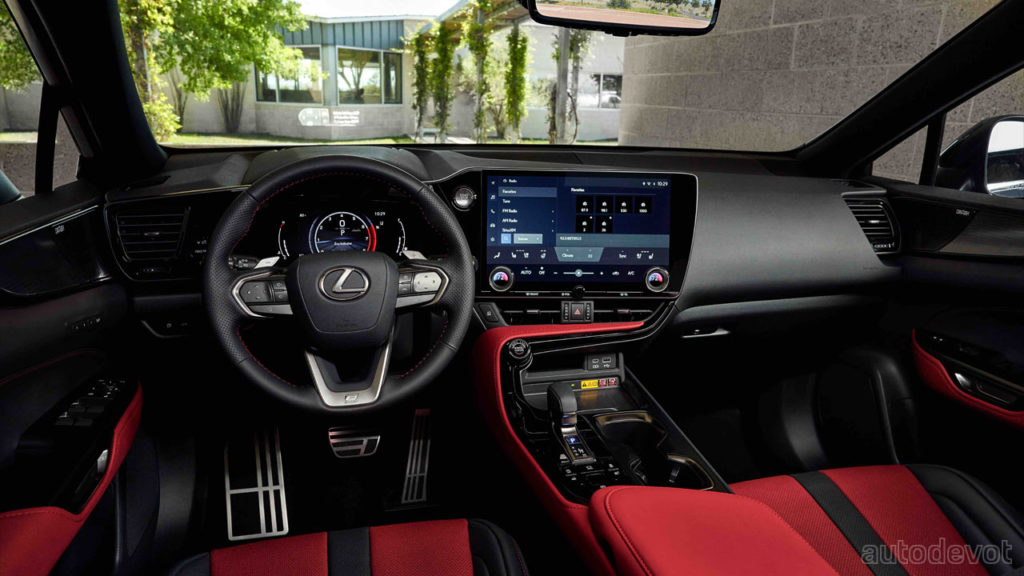 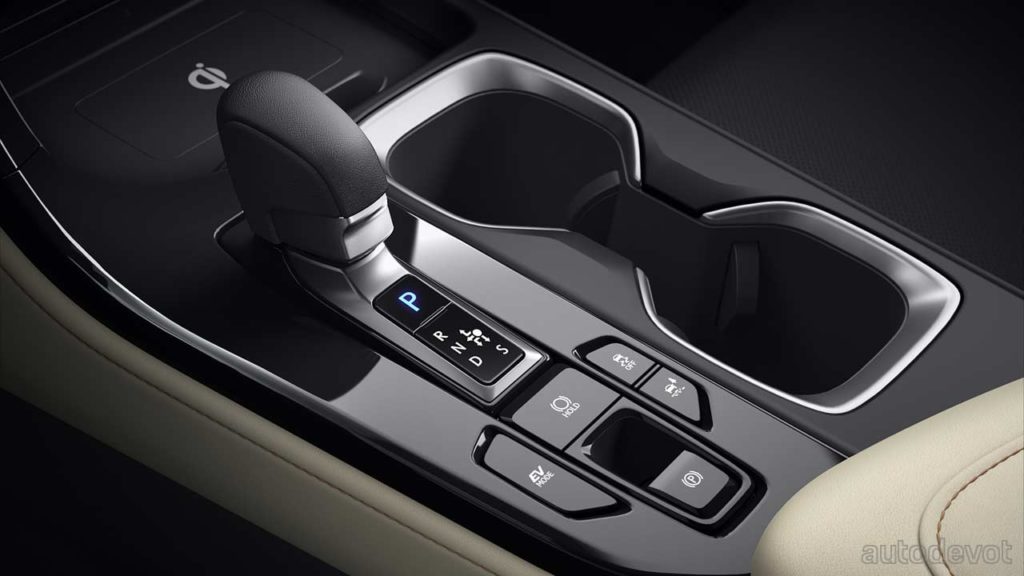 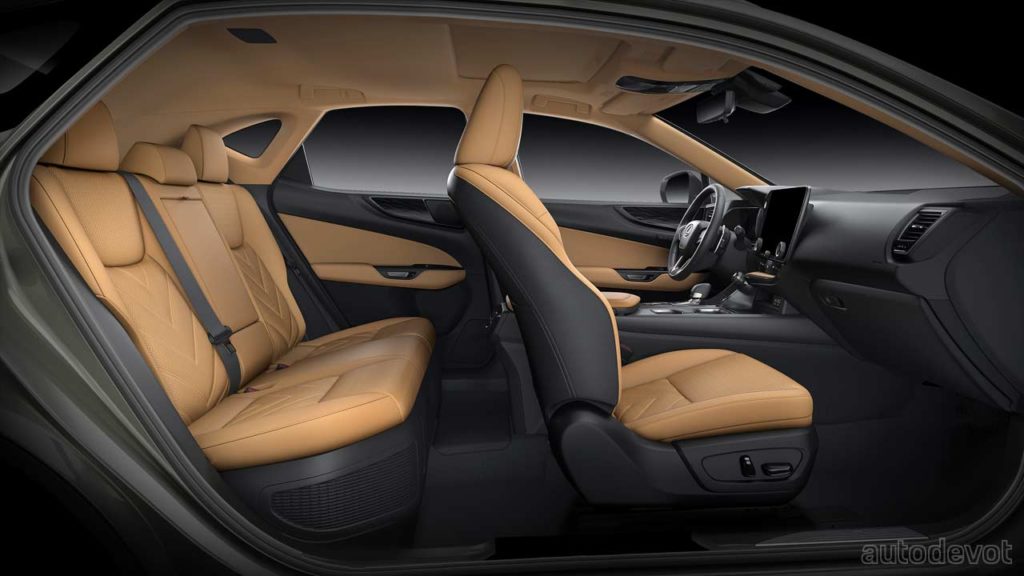 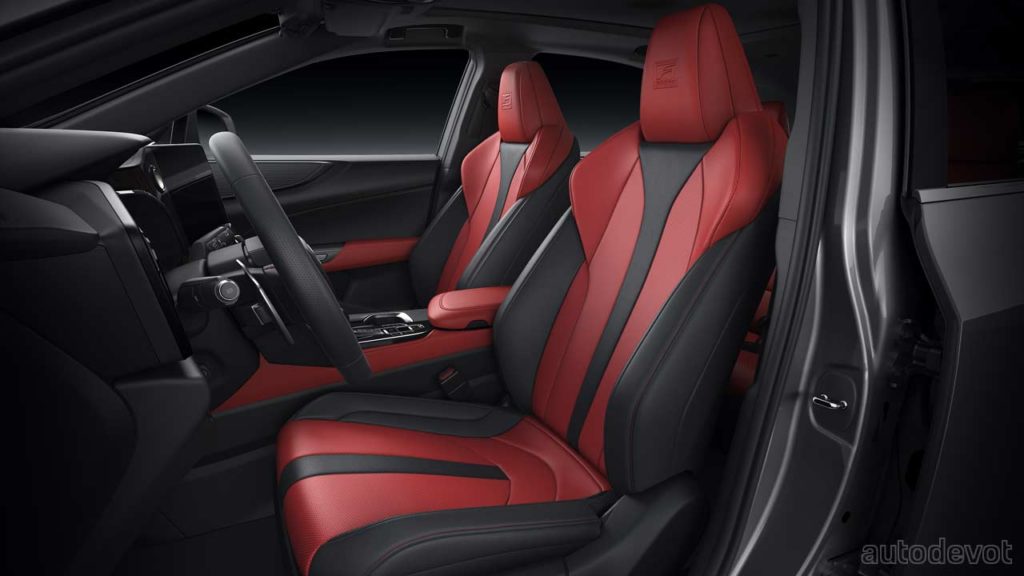 The new cabin looks equally stylish with a driver-focused dashboard design. The colors and materials vary depending on the variant, of course. As always, the F Sport sports a more sporty theme. Lexus claims to have improved the ergonomics as well; the Drive Mode knob, for example, has been positioned near the steering wheel so that the driver won’t lose their driving posture. 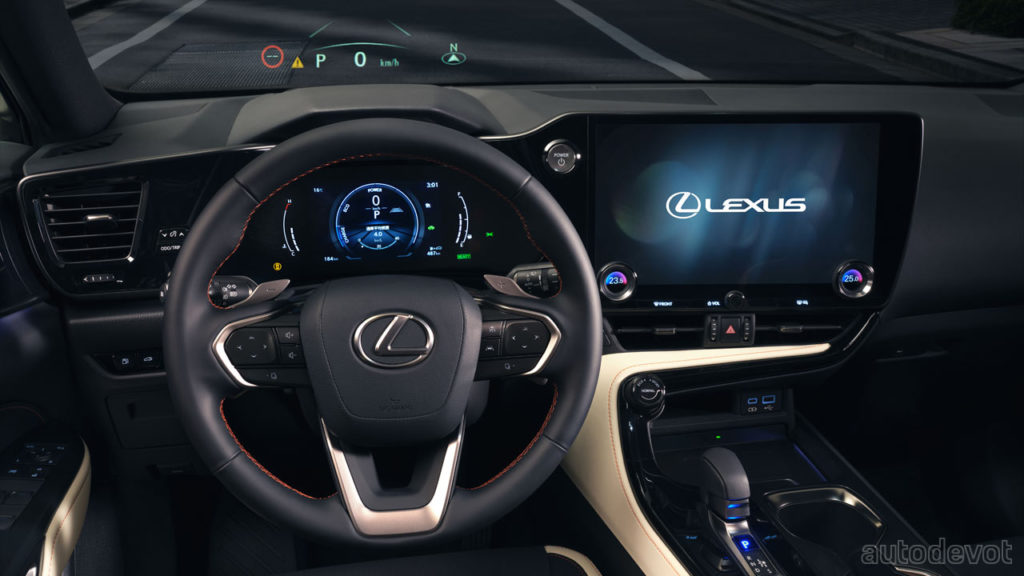 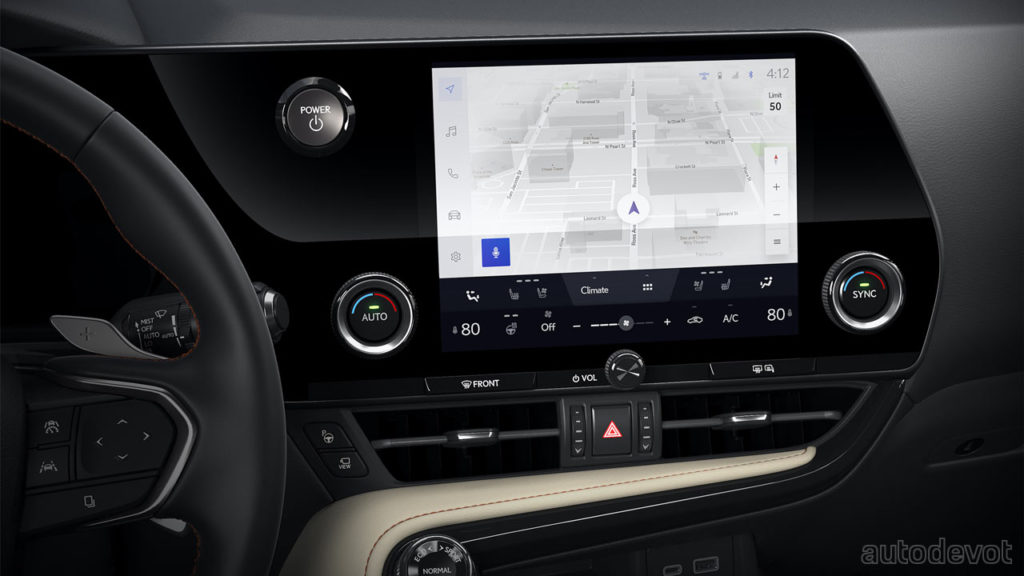 Moving on to the juicy bits of the story then, as mentioned earlier, the new NX offers multiple powertrain options depending on the market. 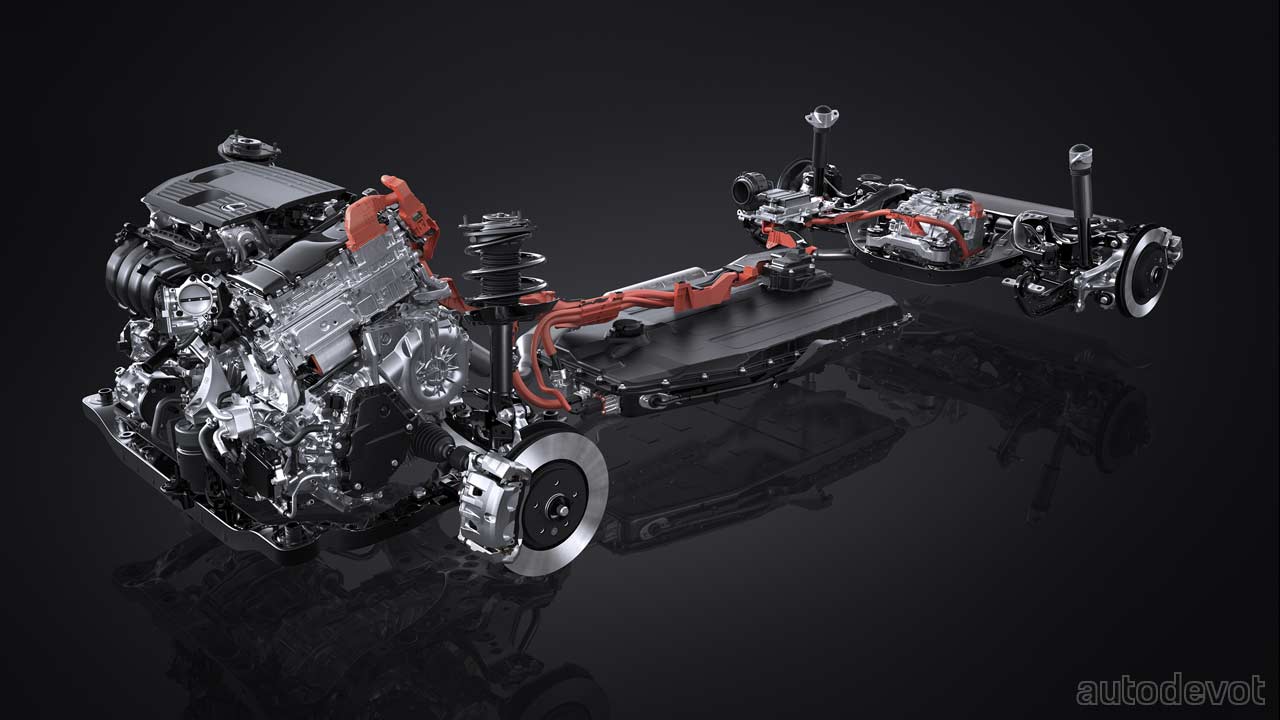 Plug-in hybrid
PHEV buyers will have two options: a 2.5L with e-Four (A25A-FXS engine + front and rear electric motors), and a 2.5L engine with a single electric motor (FWD). The AWD model (e-Four) can vary front-to-rear torque distribution between 100:0 and 20:80 percent, as needed. The lithium-ion battery pack is of a 18.1 kWh capacity, which enables an estimated pure-electric range of up to 58 km (36 mi). A 3.3 kW onboard charger comes standard, while there’s an option for a 6.6 kW charger. 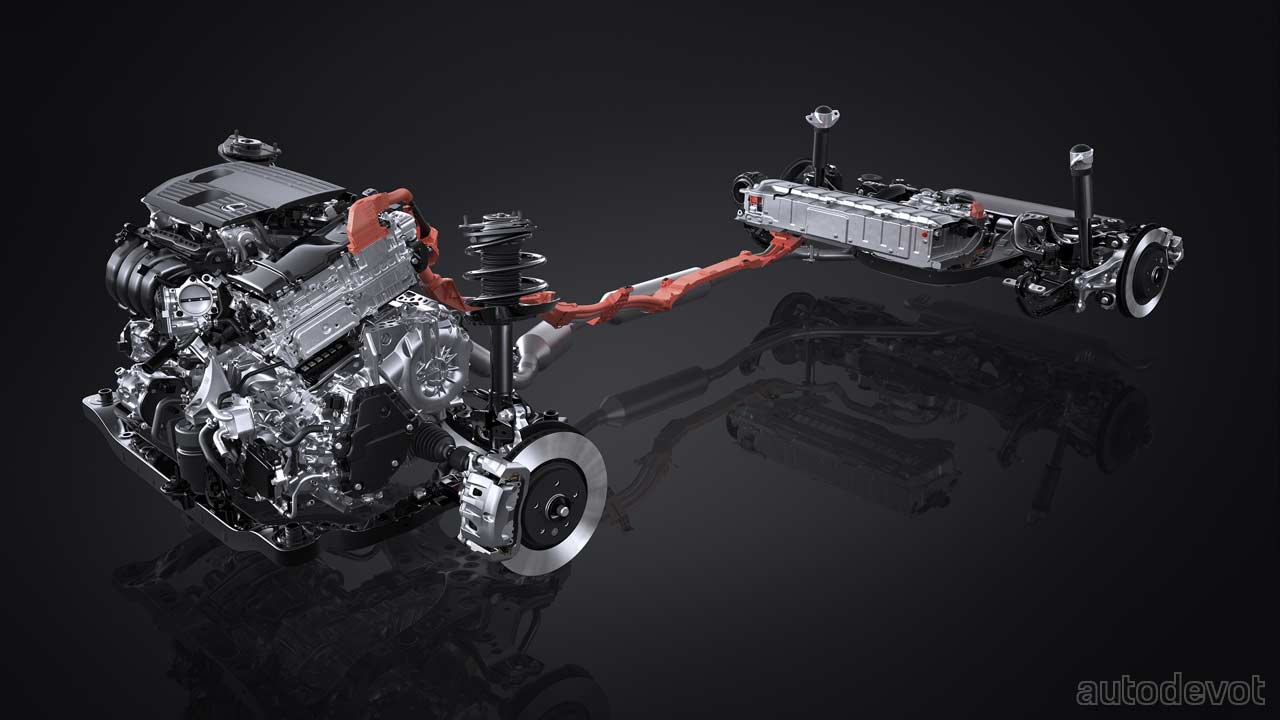 Hybrid electric vehicle
The HEV variant is also available with e-Four and FWD options, with the same aforementioned engine and motor configurations. Besides the lack of plugging-in, the other difference is that the HEV gets a Ni-MH battery instead of a lithium-ion. Transmission in both PHEV and HEV variants, as you might have guessed, is an eCVT.

Non-hybrid petrol
For those who don’t want to deal with any of that hybrid stuff at all, Lexus will offer the same A25A-FXS 2.5L petrol engine coupled with an 8-speed automatic gearbox, with FWD and AWD options. The estimated figures are 151 kW (205 metric hp) and 249 Nm (184 lb-ft) of torque.

Turbo petrol
For those who want more, there’s of course, the 2.4L 4-cylinder turbocharged petrol engine with an estimated 205 kW (279 metric hp) and 430 Nm (317 lb-ft) of torque. An 8-speed automatic gearbox drives all four wheels via an AWD system.

Check out some more photos here.