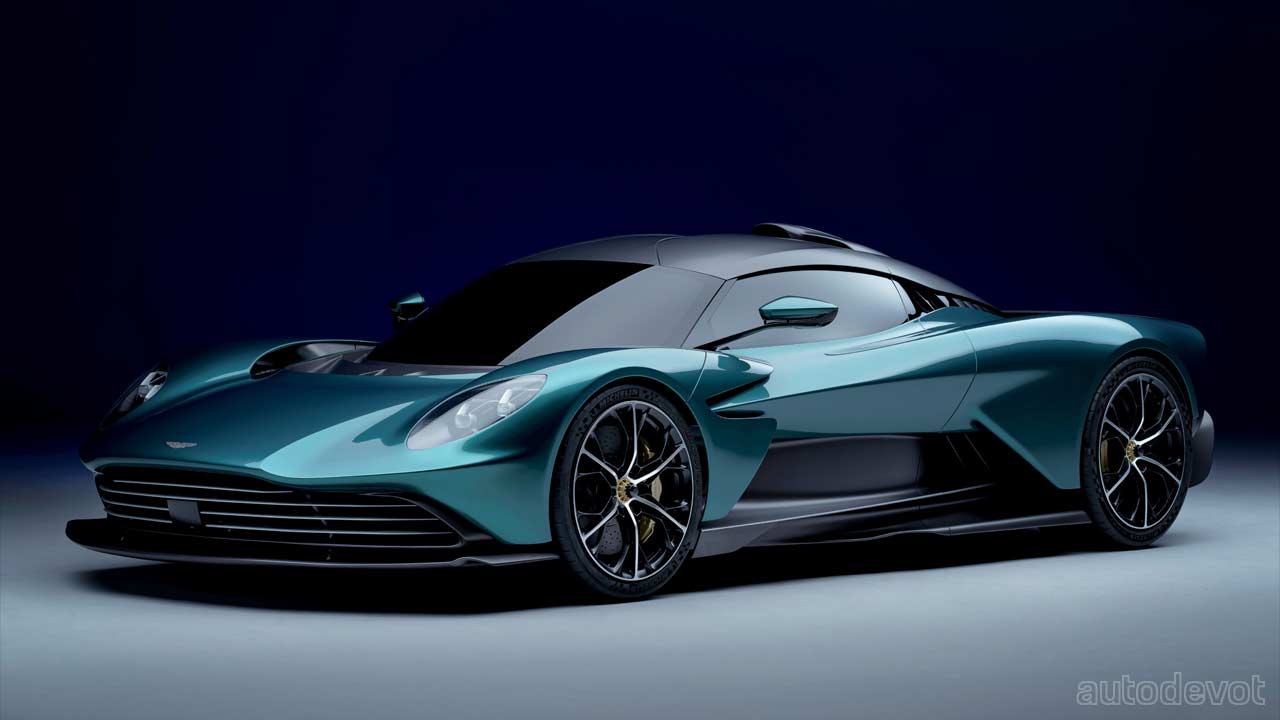 The original plan of developing an in-house V6 is scrapped for a hot new AMG V8.

For those who thought the “Son of Valkyrie” Valhalla (formerly, AM-RB 003) is dead, Aston Martin has a surprise. The Valhalla is now (almost) ready for production with an exciting powertrain that is significantly different from the original plan. And so, let’s start with the exterior of the car. In fact, we only have the exterior to talk about at the moment. 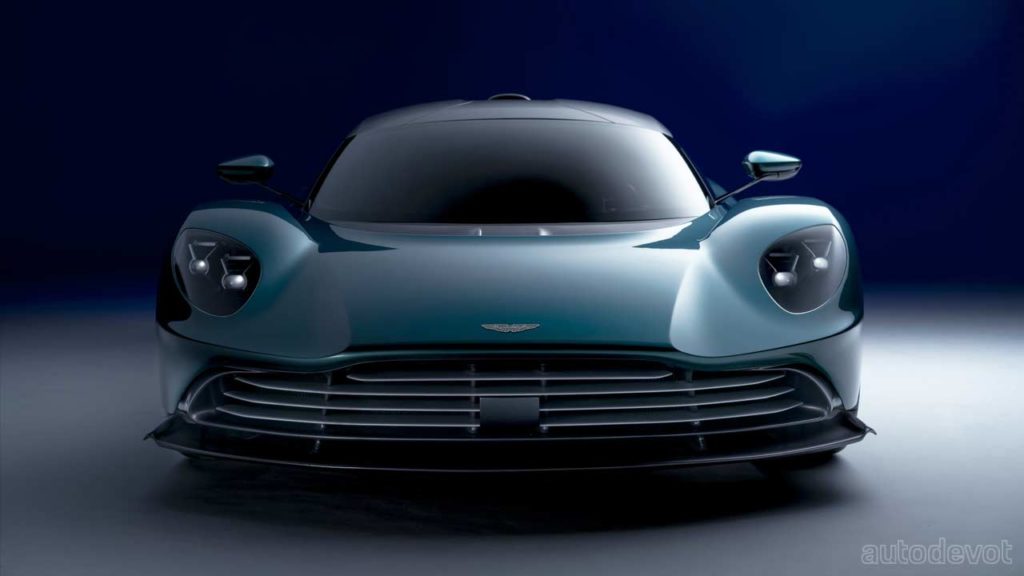 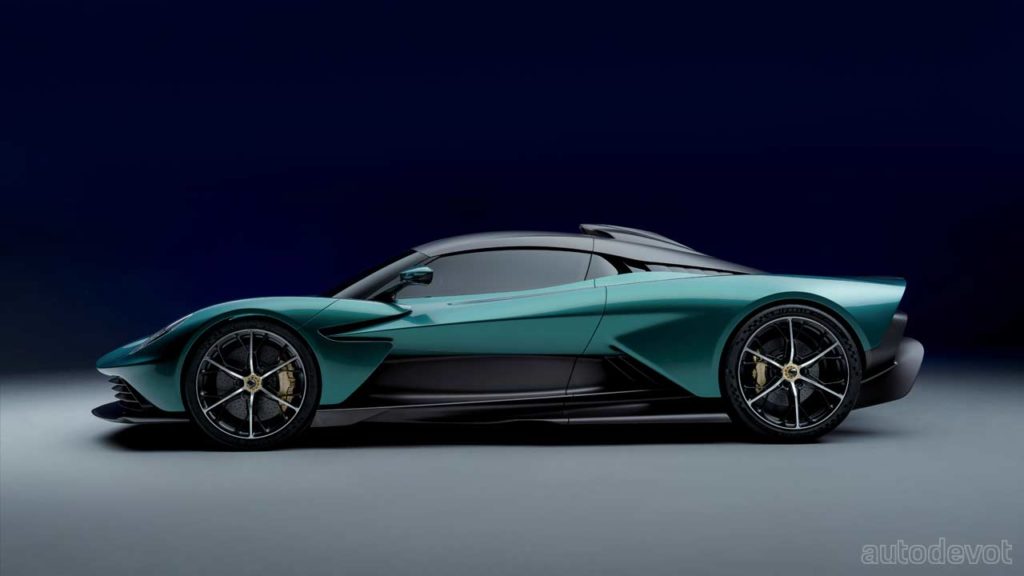 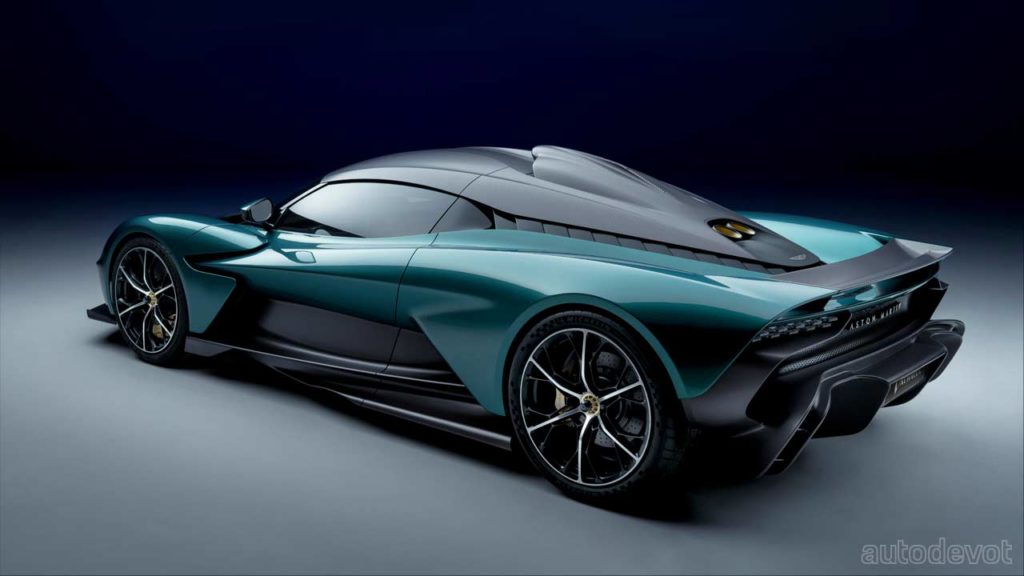 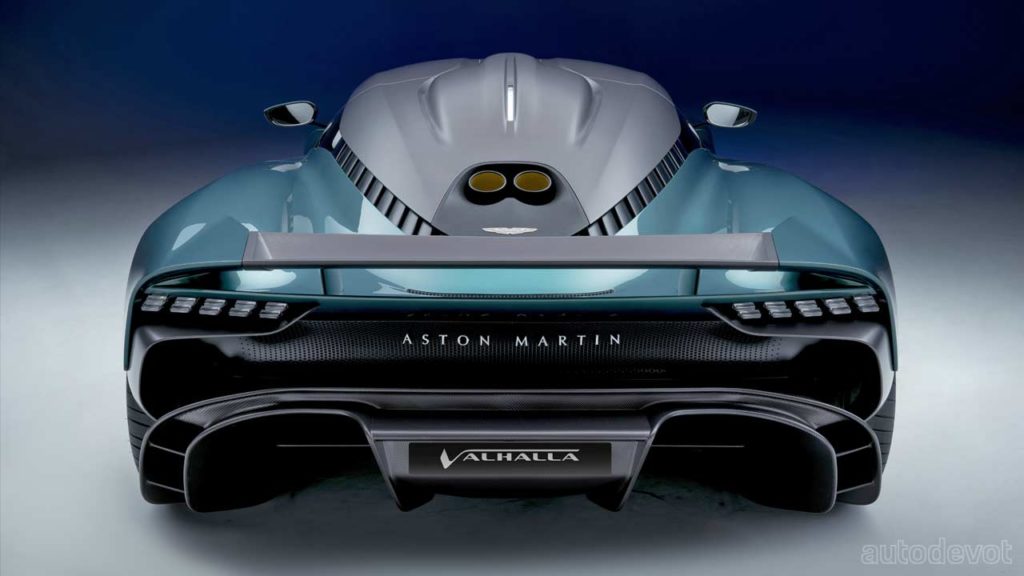 Speaking of which, there are some significant changes in the bodywork compared to the original concept. The front fascia has a more traditional Aston Martin grille with horizontal slats; notice that there’s even a sensor for ADAS. Yes, the Valhalla will have Emergency Braking, Forward Collision Warning, Adaptive Cruise Control, Blind Spot Monitoring and all those active safety and driver assistance systems. The bonnet (if we can call it that) loses the NACA duct, but there are outlets at the top of it. On the side, there are a couple of fancy-looking flaps to better guide the air towards the rear of the vehicle. You’ll also notice an array of blades/vents at the top to cool down the AMG powerplant. While the concept had proposed a flexible skin for the active rear wing, this one moves in a traditional way. Aston Martin estimates a downforce of 600 kg (1,323 lbs) at 241 km/h (150 mph).

As for suspension, the Valhalla uses push-rods at the front. The rear setup comprises a multilink design in combination with Multimatic’s spool valve dampers. While the Track mode drops the ride height for max downforce, there’ll also be a front-axle lift system to go over bumps or steep inclines without scraping the underbody.

The production interior is not yet ready to be showcased, but the good news is, it’s not gonna be a completely stripped-out one. There’ll be a dual-zone climate control too! 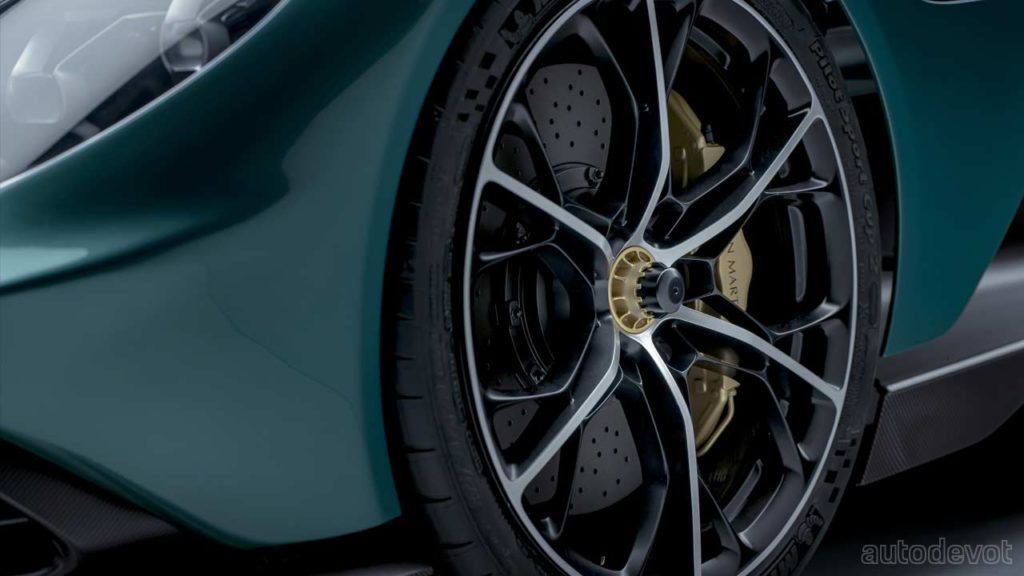 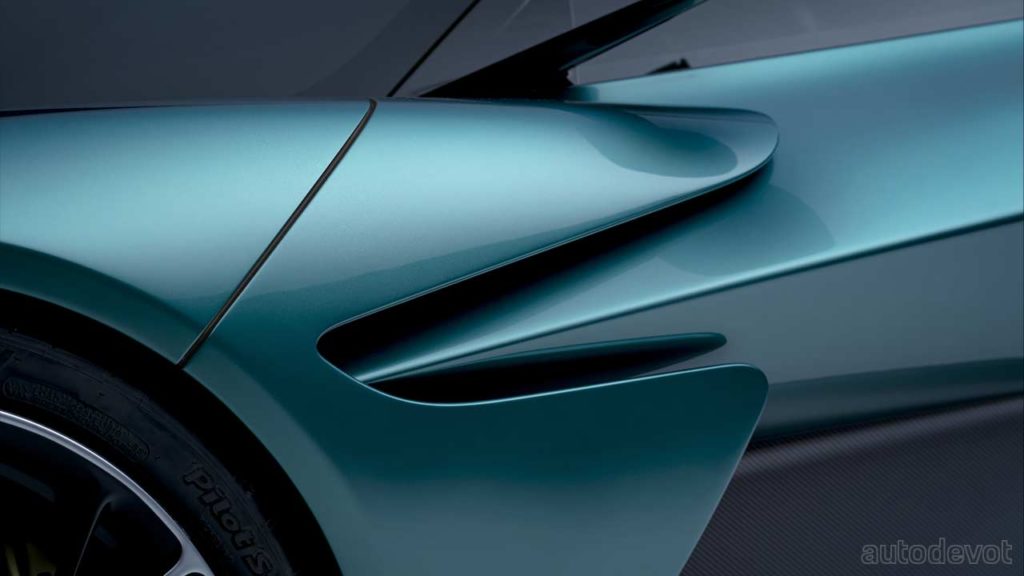 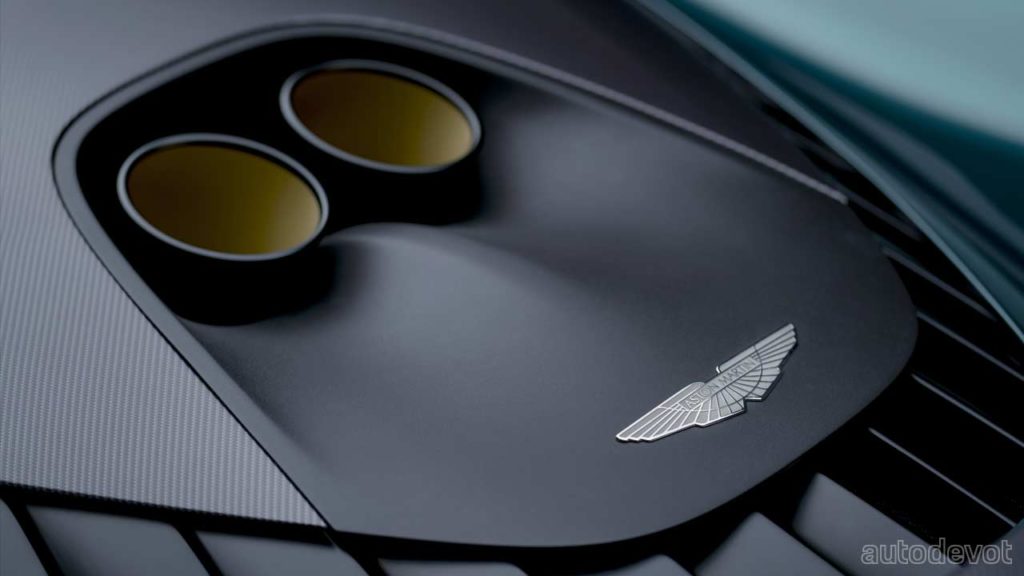 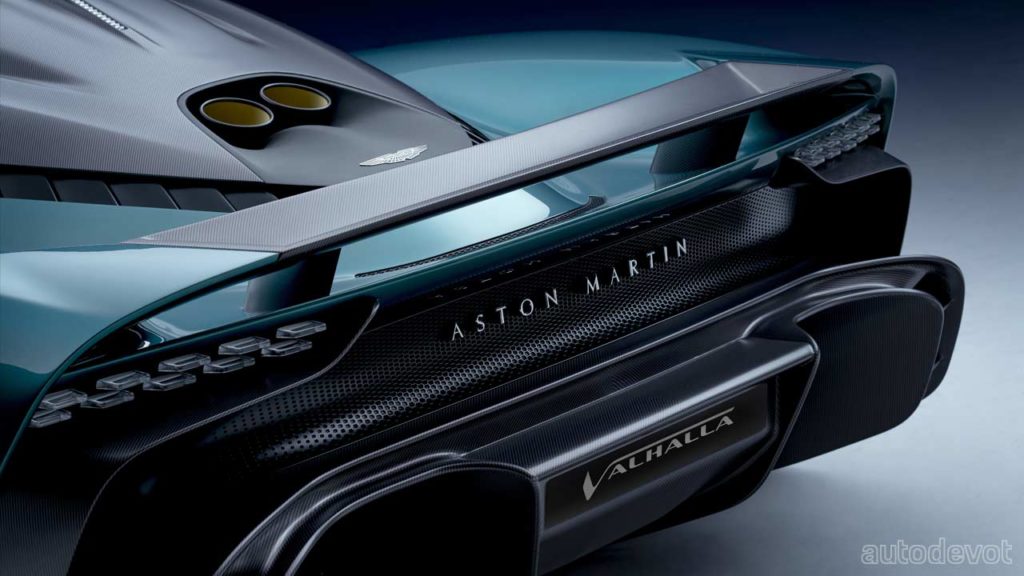 We also have some details on the powertrain. The Valhalla will still be a hybrid (PHEV), but thanks to Tobias Moers, the original plan of developing an in-house V6 has been scrapped in favour of AMG’s 4.0L V8 biturbo motor with a flat-plane crankshaft. That’s right, it’s the same powerplant from the AMG GT Black Series, but will most likely be bespoked to Valhalla in some way. Its revs are still limited to 7,200 rpm, but puts out 552 kW (750 metric hp) — 20 metric hp more than in the GT BS. The ICE is combined with two electric motors, one at the front axle and the other at the rear, offering an additional 150 kW (204 metric hp). The combined figures are estimated to be 699 kW (950 metric hp) and 1,000 Nm (738 lb-ft). Probably since the Valhalla is a hybrid, Aston Martin went for a traditional 400-volt electrical architecture instead of an 800-volt system that is becoming a norm in high-performance EVs these days.

Anyway, the transmission is an 8-speed DCT which is claimed to be new and bespoke. The important thing to note here is that the electric motors take care of reversing the vehicle, eliminating the need for a conventional reverse gear and therefore saving some weight. It’s a similar idea to what Ferrari SF90 Stradale does.

The Valhalla production will no longer be limited to a certain number; Aston Martin will build as many as it wants to sell.