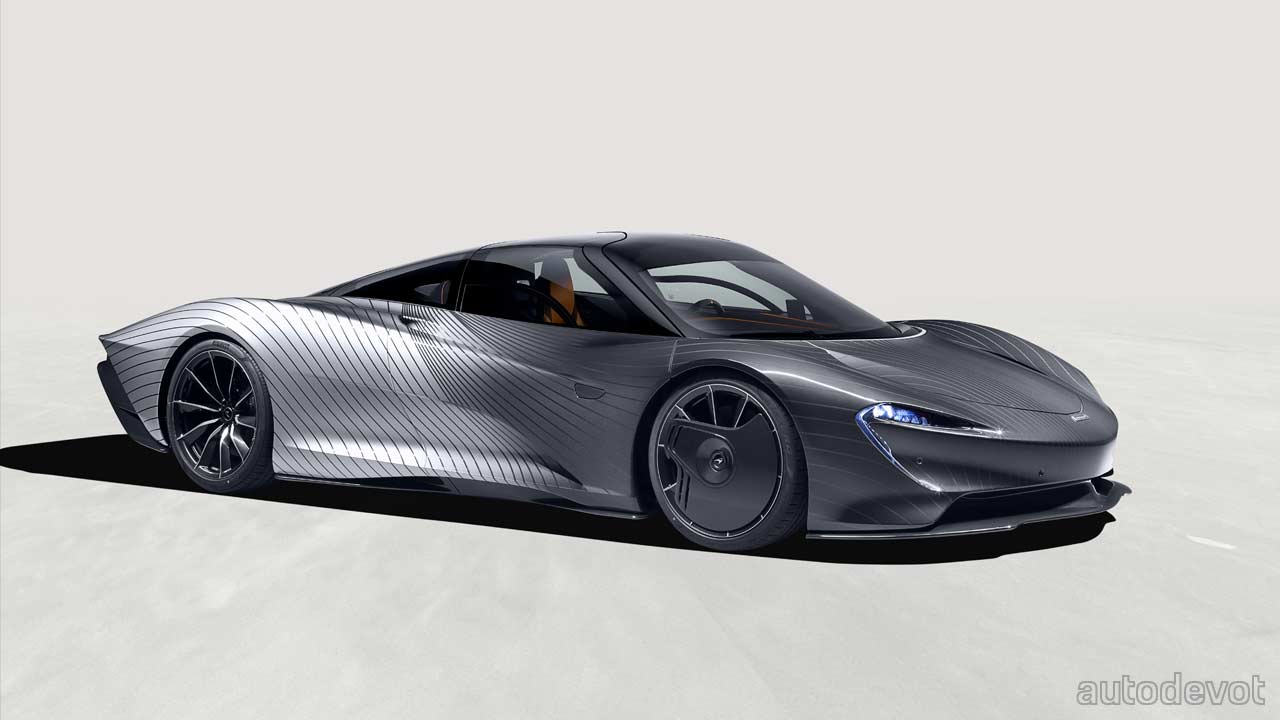 McLaren has revealed the Speedtail Albert, commissioned by McLaren Beverly Hills dealership for a client. The Albert is one of the final units in the total production run of 106 cars, and the name pays homage to the first Speedtail prototype which was christened ‘Albert’—as a homage to the McLaren F1 test mules which were named after the Albert Drive premises in which the Speedtail predecessor’s design and development took place, in Woking, England. 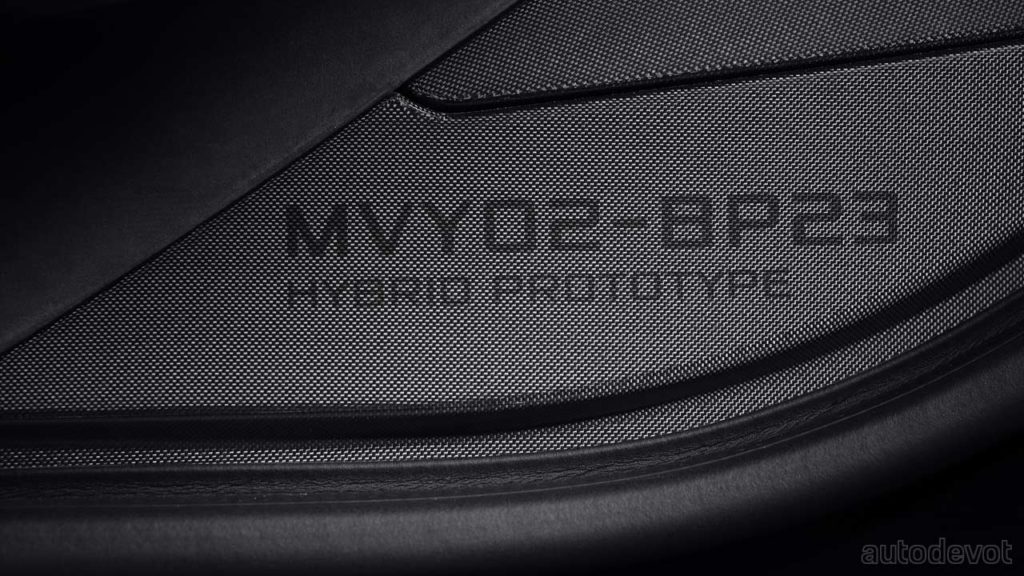 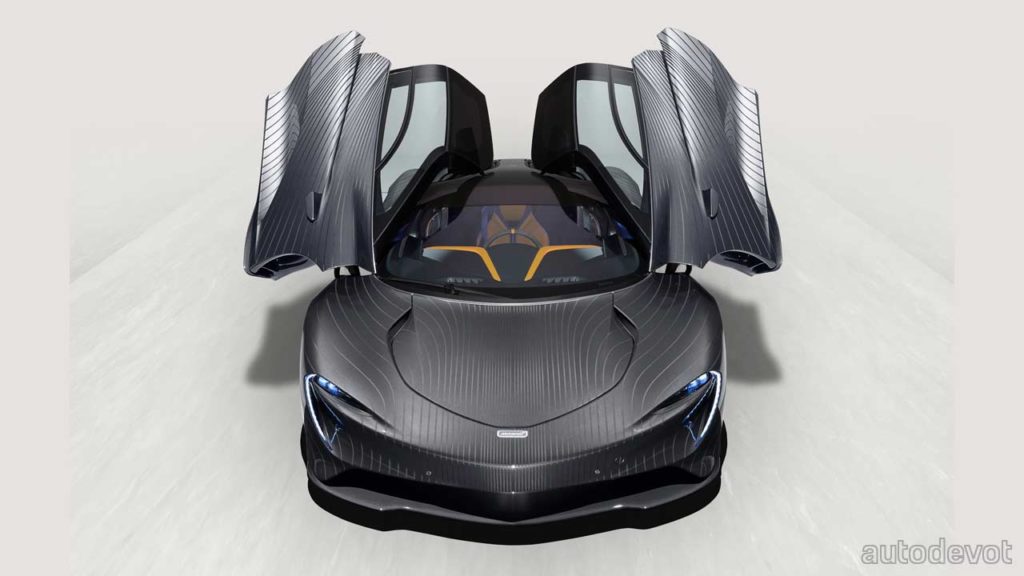 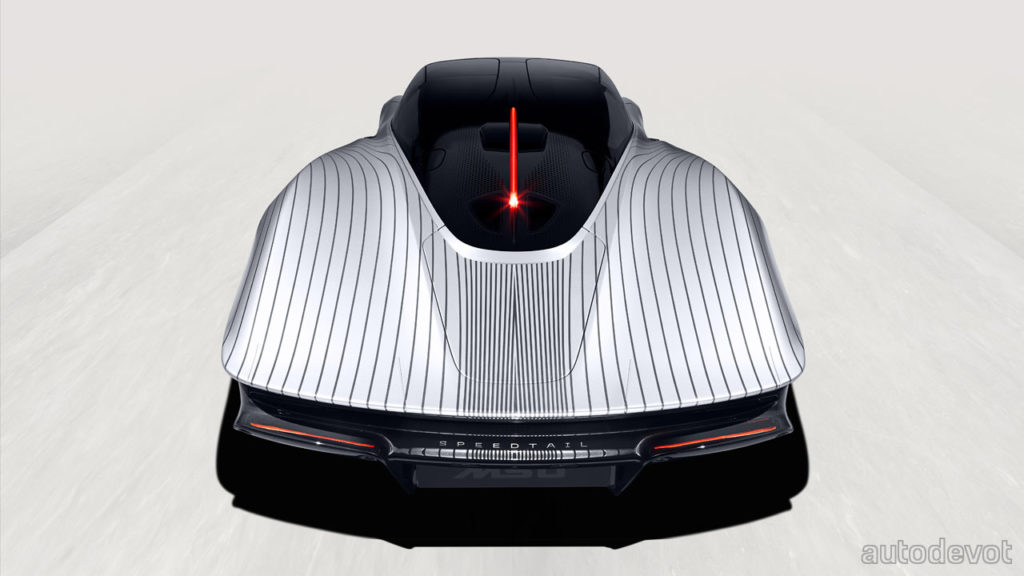 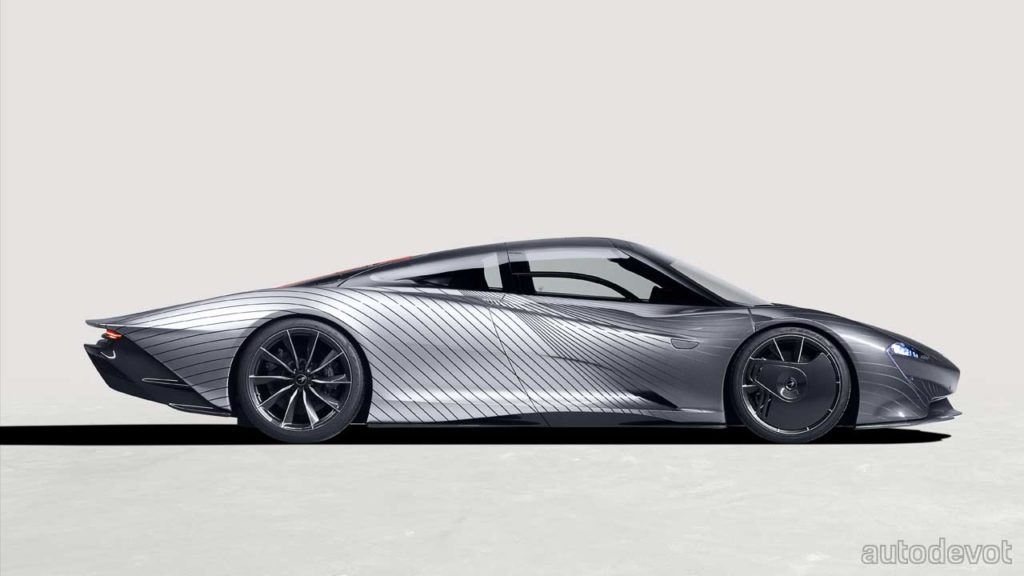 The original Speedtail Albert was internally known as MVY02 and some of its external panels came from a 720S. It was the first Speedtail (prototype) to be driven on public roads in order to validate among other things, the concept of central driving position. As for the Speedtail Albert we are seeing here, it sports a camouflage wrap-inspired complex paintjob with lines representing the airflow over the car. The colors Magnesium Silver and Ueno Grey were inspired by the F1 road car that was shown at the 1992 Monaco Grand Prix and the F1 GTR that won the 24 Hours of Le Mans in 1995, respectively. 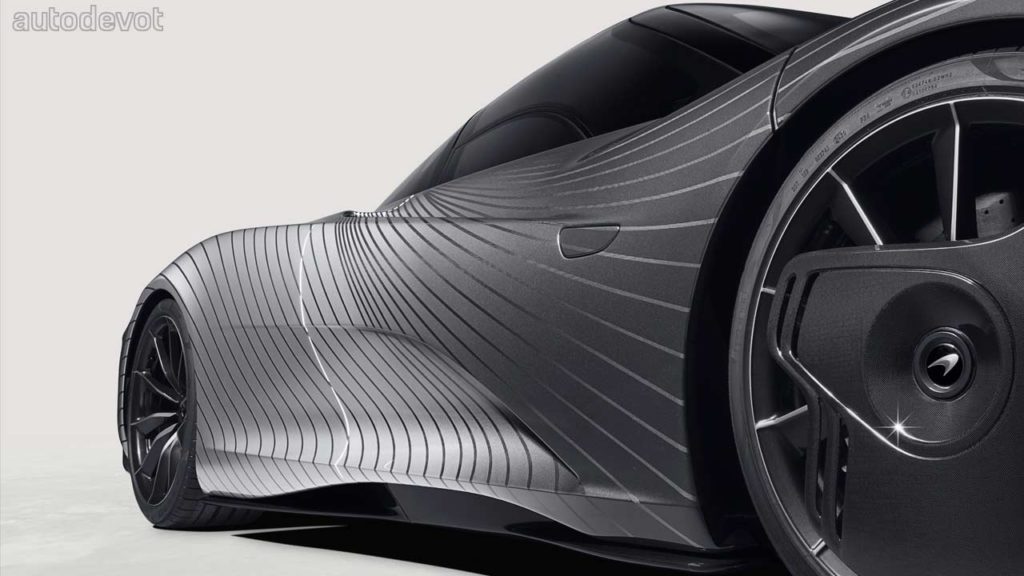 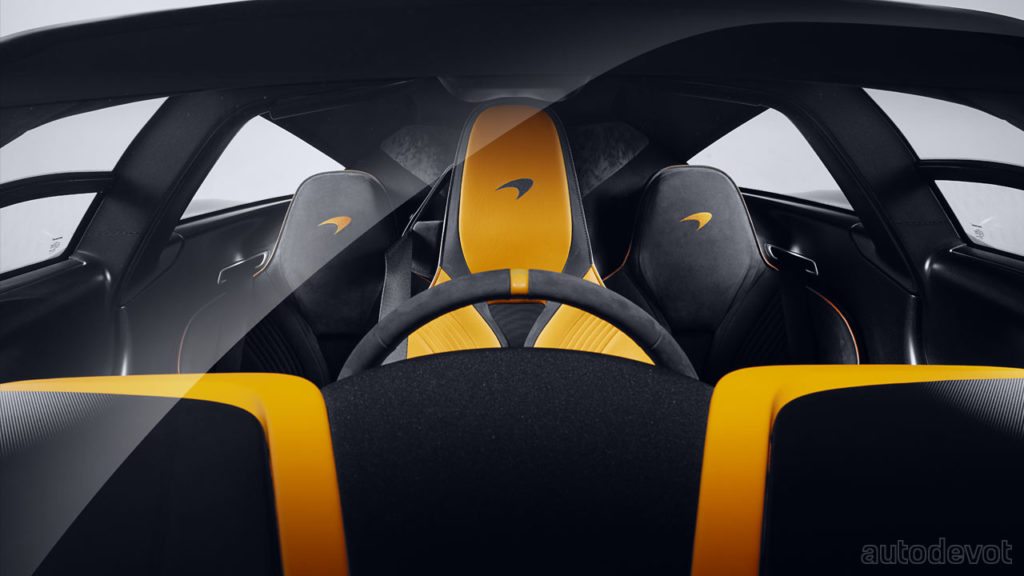 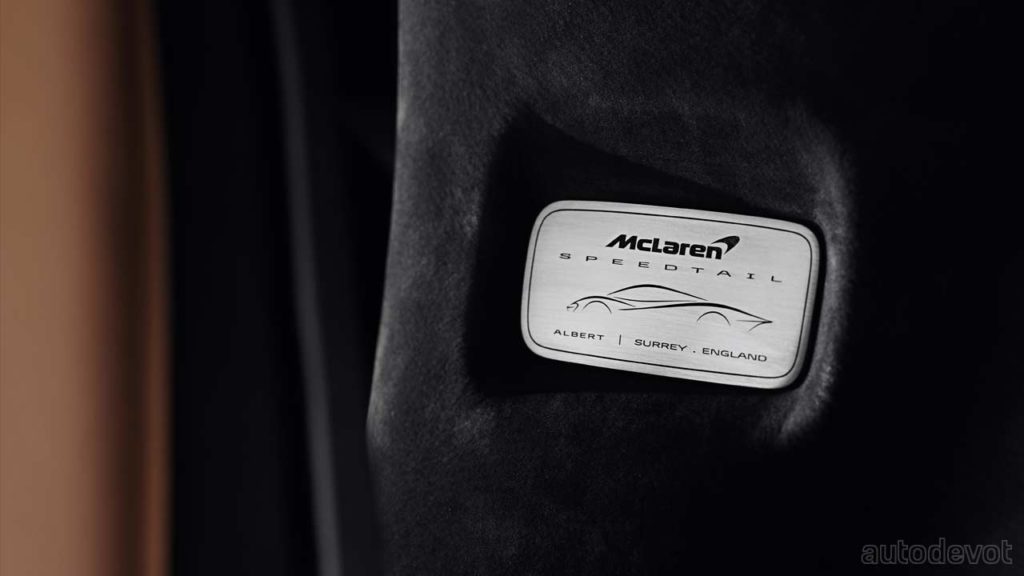 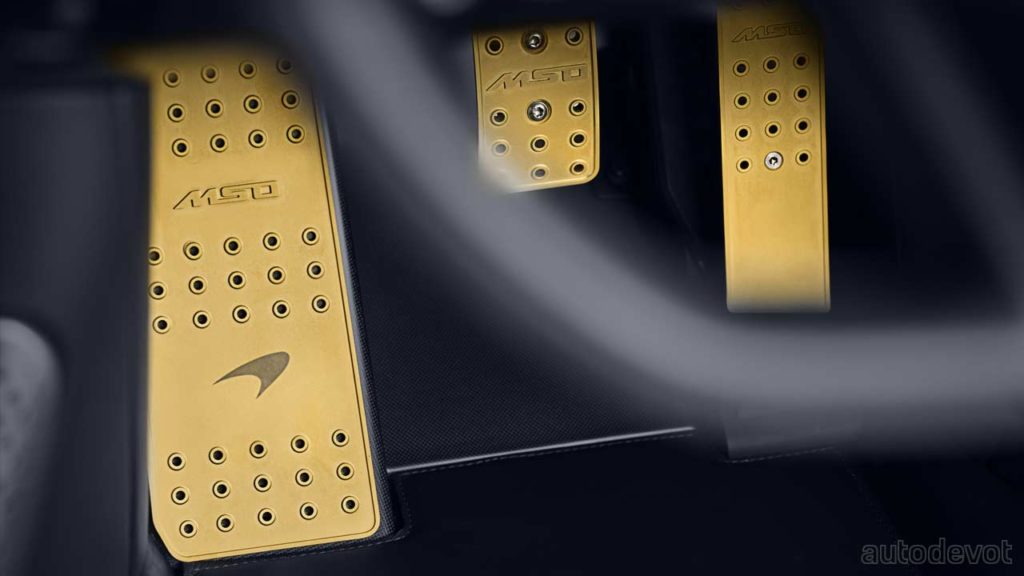 Apparently, it took more than 12 weeks for MSO to complete the theme, which included two week’s masking, six week’s painting and the remaining time to dry and reassemble the vehicle after spraying. That six-week painting process required the car to be disassembled to ensure a flawless finish. Only after refitting and ensuring a perfect alignment, a final clearcoat was applied. 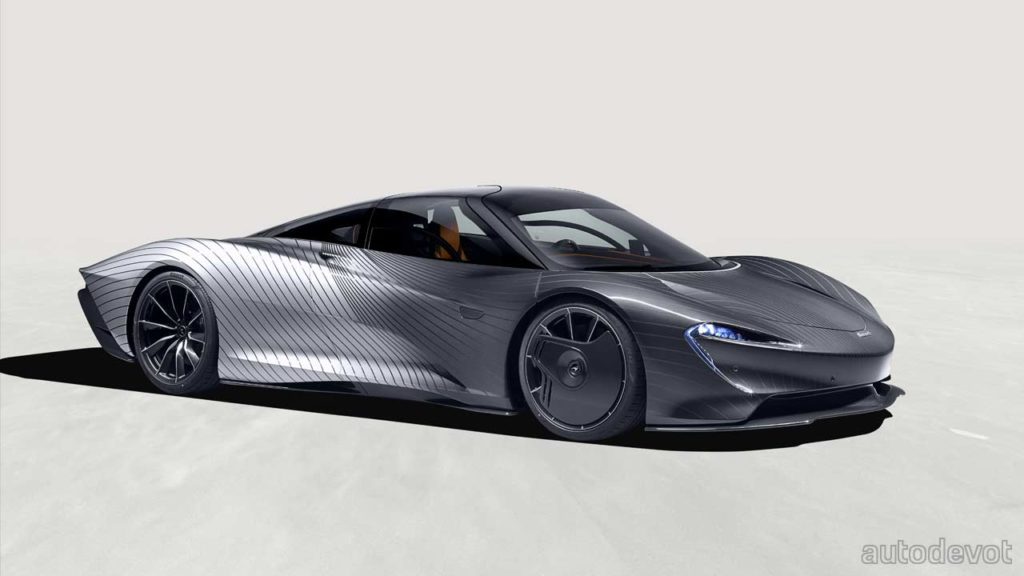 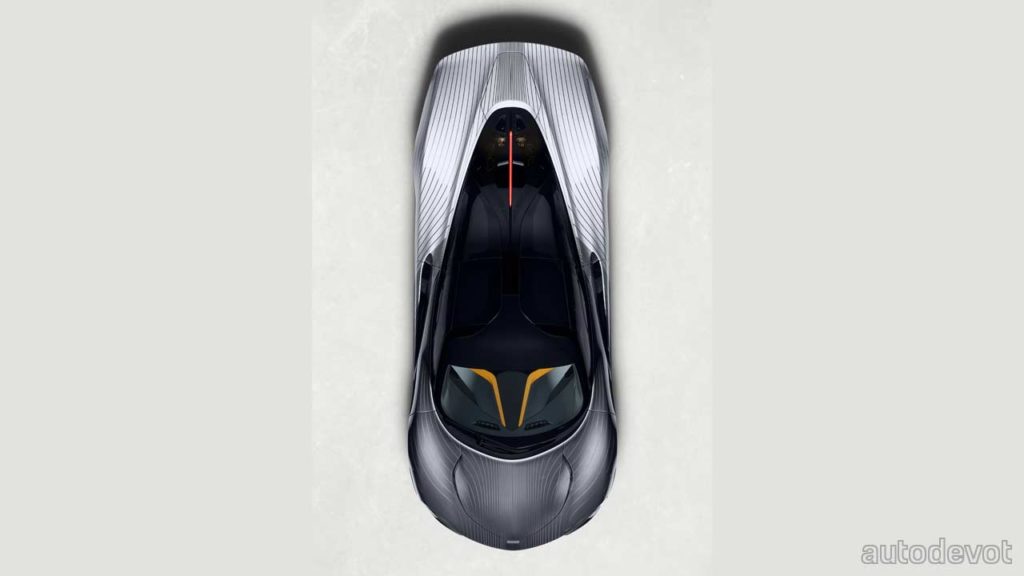 As one of the very last Speedtails to be built at the McLaren Production Centre, it was very important to us at McLaren Beverly Hills that Albert honors the brand’s rich heritage, particularly paying tribute to the icon that is the McLaren F1. We worked alongside MSO through every stage, including concept ideation, to produce a truly bespoke and beautifully detailed car that celebrates the innovation and design excellence behind the fastest McLaren road car to date. We are fortunate to have been able to procure Albert for one of our top clients and are absolutely thrilled with the finished result. — Parris Mullins, McLaren Beverly Hills