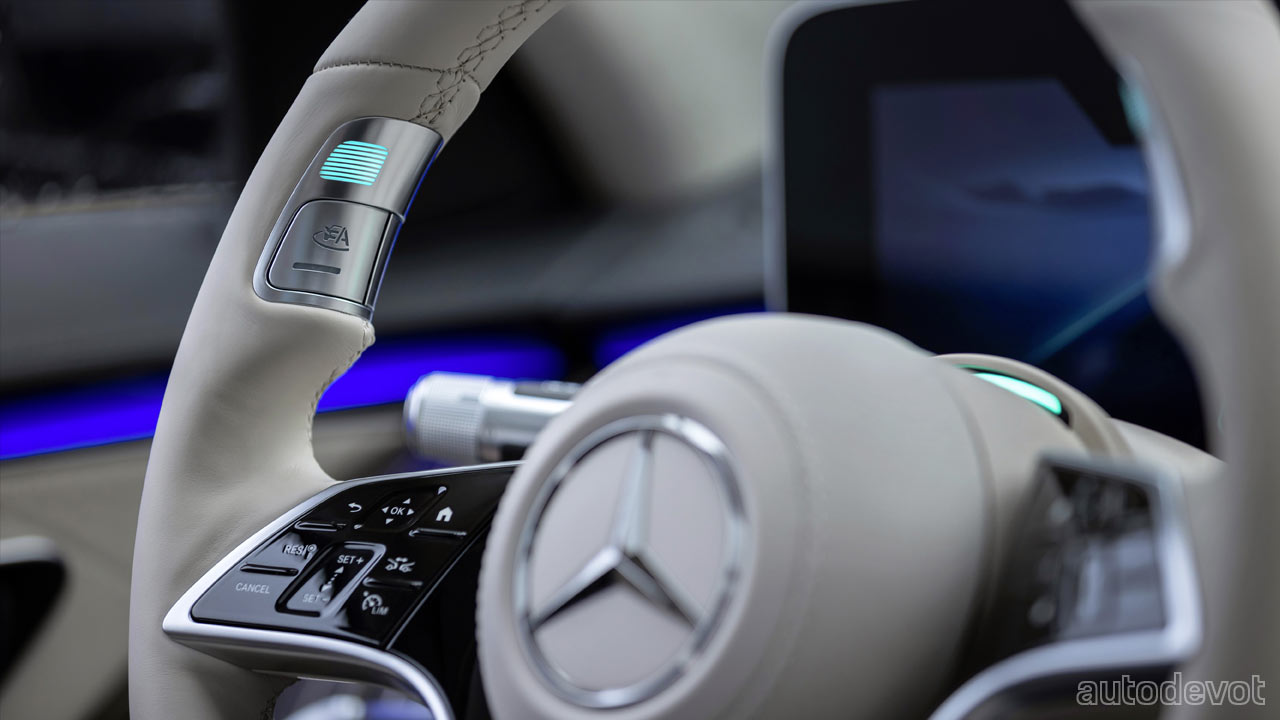 Mercedes-Benz is happy to announce that it is the first automaker in the world to meet the demanding legal requirements of UN-R157 for SAE Level 3 automated driving, and as a result, the German Federal Motor Transport Authority (KBA) has granted approval for the technology to be offered commercially.

Branded as ‘Drive Pilot’, the Level 3 automated driving tech will be offered as an option on the S-Class in the first half of 2022, enabling the vehicle to drive itself at speeds of up to 60 km/h (37 mph) in heavy traffic or congested situations on pre-selected roads. Mercedes says that it will initially offer the Drive Pilot on 13,191 km (8,196 mi) of motorways in Germany. The company also said that extensive test drives to evaluate these systems are already underway in the United States and China. And, the technology will be rolled out internationally, provided there’s a national legal framework for conditional automated driving in the country where Mercedes might want to launch. 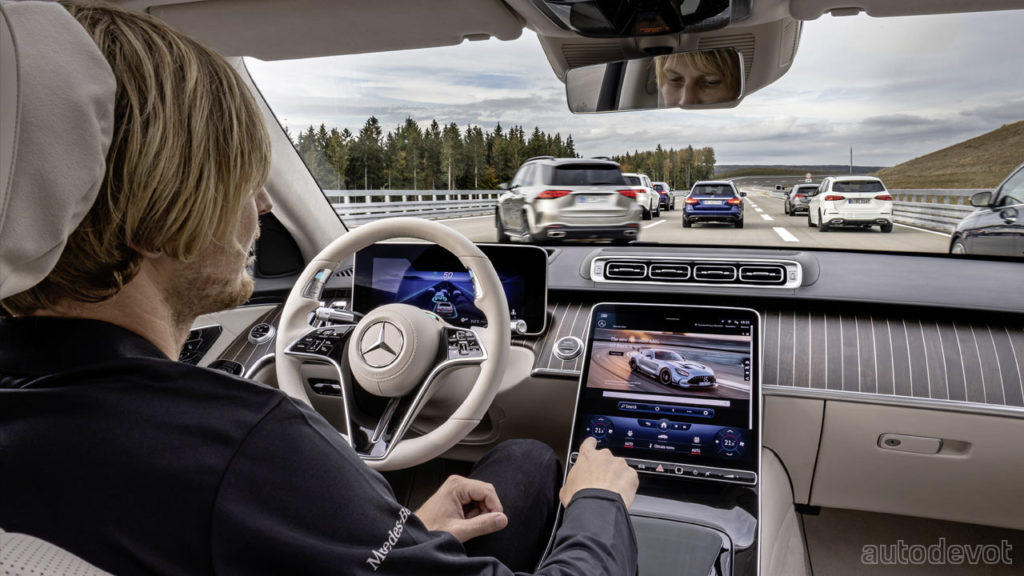 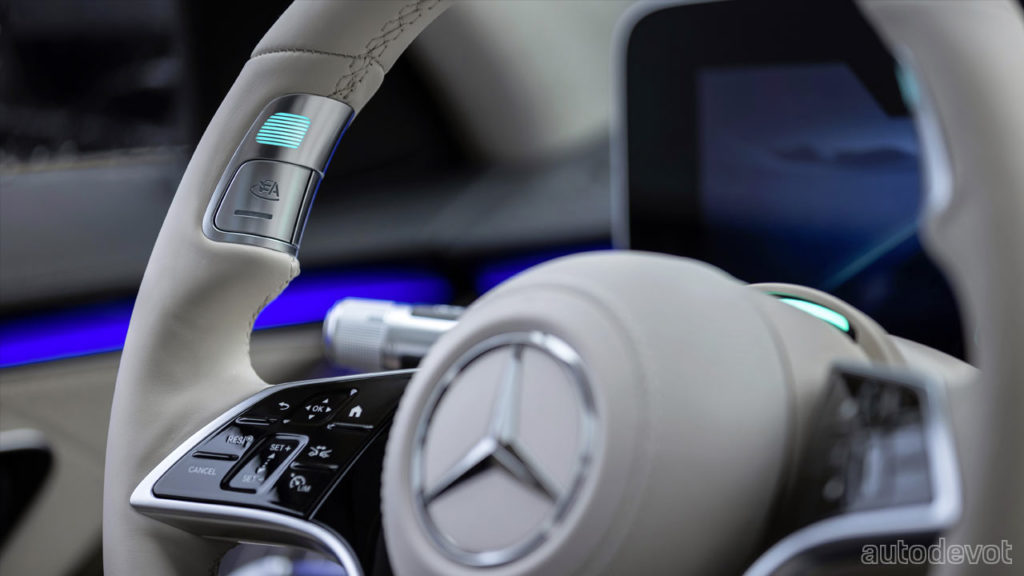 The controls for automated driving are located on the steering wheel rim, just above the thumb recesses. When engaged, the system controls the speed and distance and guides the vehicle within its lane. The system is also claimed to be capable of reacting to unexpected traffic situations by performing evasive manoeuvres within the lane or braking; something that is expected from a Level 3 system. The SAE Level 3 is classified as “Conditional Automation”, in which the technology is capable of not only driving the car on pre-selected roads but also monitoring the driving environment. However, a human driver is required to intervene 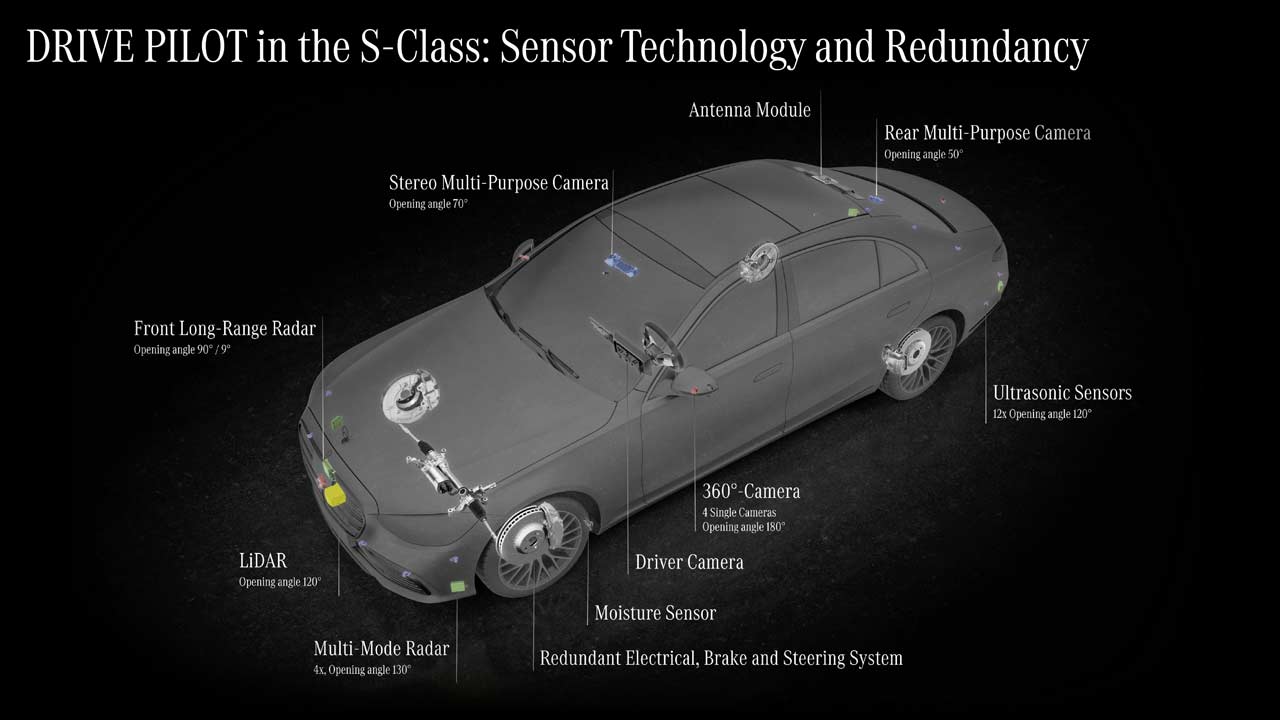 The Drive Pilot will most likely be offered as part of the Driving Assistance Package with additional sensors—such as the LiDAR, as well as a camera in the rear window and microphones, especially for detecting blue lights and other special signals from emergency vehicles, as well as a wetness sensor in the wheel well.

In addition to the sensor data, the Drive Pilot receives information about the road geometry, route profile, traffic signs and unusual traffic events (accidents or roadworks) from a satellite navigation-aided HD map that offers a 3D street and environment image. The map data is stored in data centres and updated constantly; each vehicle contributes to this data.

And, Mercedes assures that the car will have redundant steering, braking and electrical systems, such that the vehicle remains manoeuvrable even if any of these systems fail. In case the driver fails to take back control when asked to do so, the system can bring the vehicle to a safe stop and alert the emergency services and unlock the vehicle for any first responders.