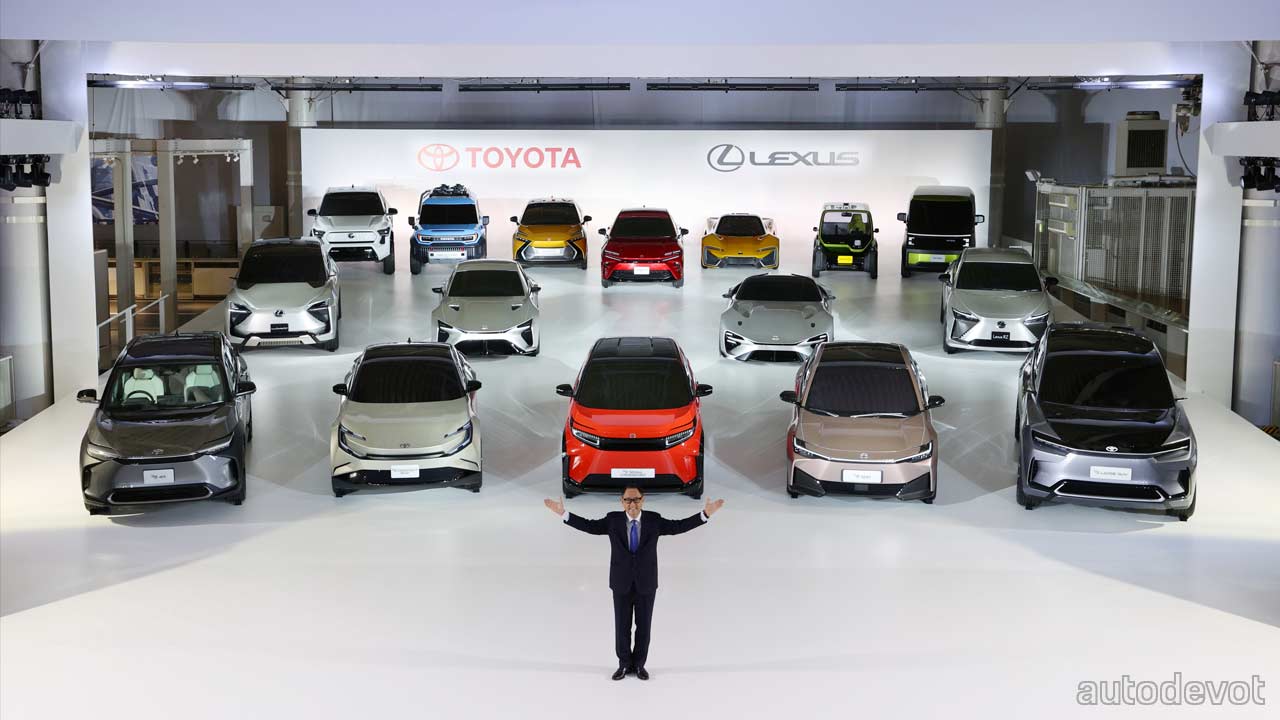 Toyota President Akio Toyoda has revealed the company’s battery electric vehicle (BEV) strategy which includes introducing 30 models by 2030. He also said that the company is aiming to achieve global sales of 3.5 million BEVs per year by 2030 and 100% BEV sales globally by 2035. Besides the bZ4X, the company unveiled 15 upcoming/future models including a few from the Lexus brand, in near-production and concept forms. We ain’t got detailed info of any of these at the moment, but let’s take a brief look at each one of ’em starting with the Lexus RZ. 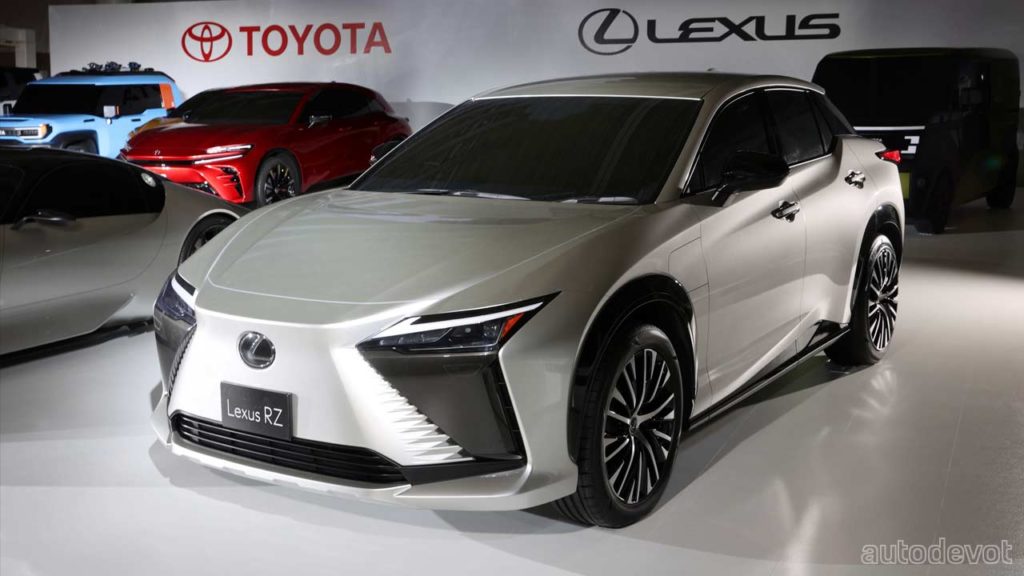 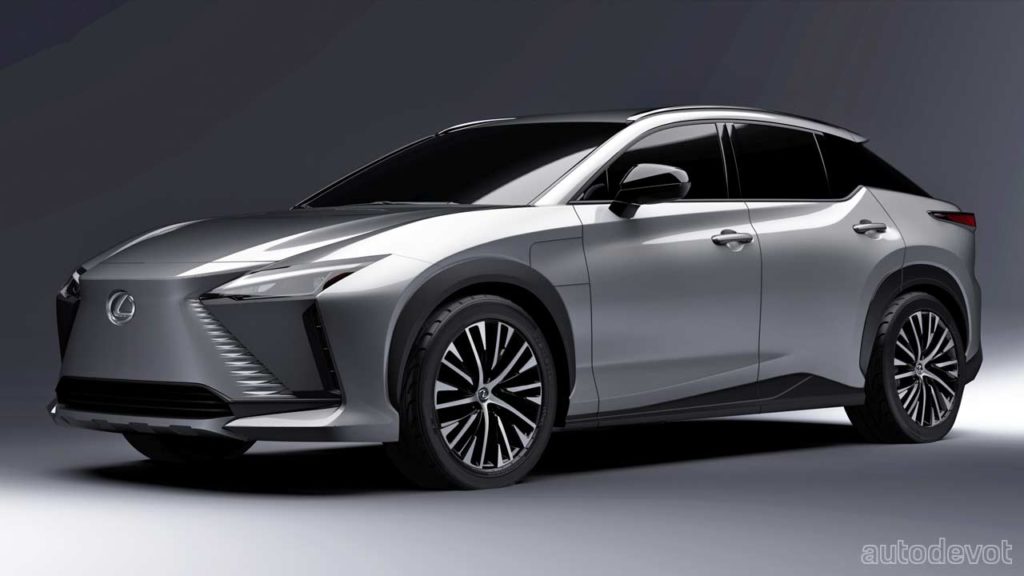 Speaking of which, it is, of course, a Lexus-ized version of the bZ4X and Subaru Solterra. It manages to look fairly unique with a Lexus family face and some extra creases on the side profile. In addition to a unique wheel design, you can expect a unique rear-end as well with a connected taillight signature. The RZ is expected to make its full debut sometime next year in RZ 450e flavor. 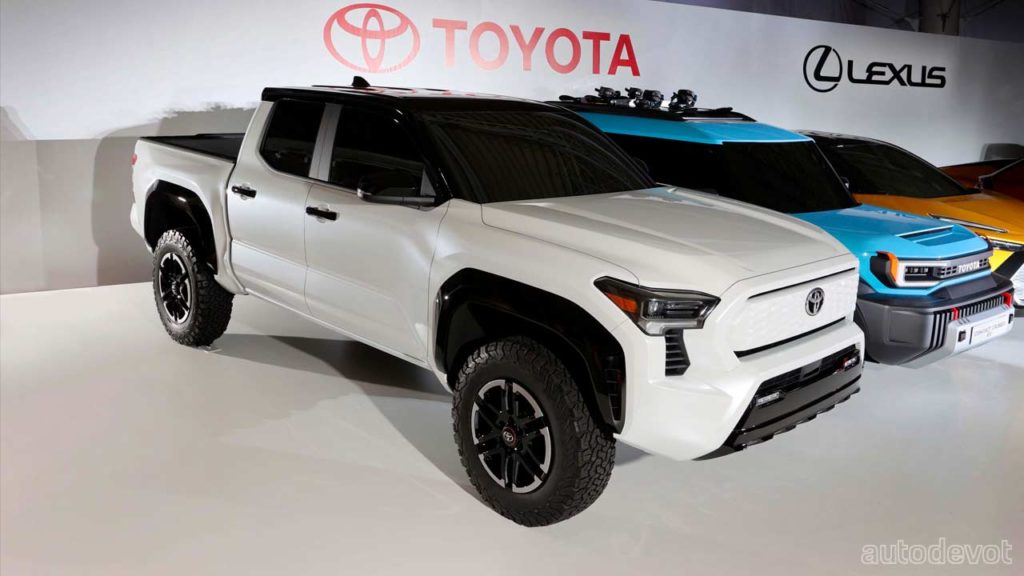 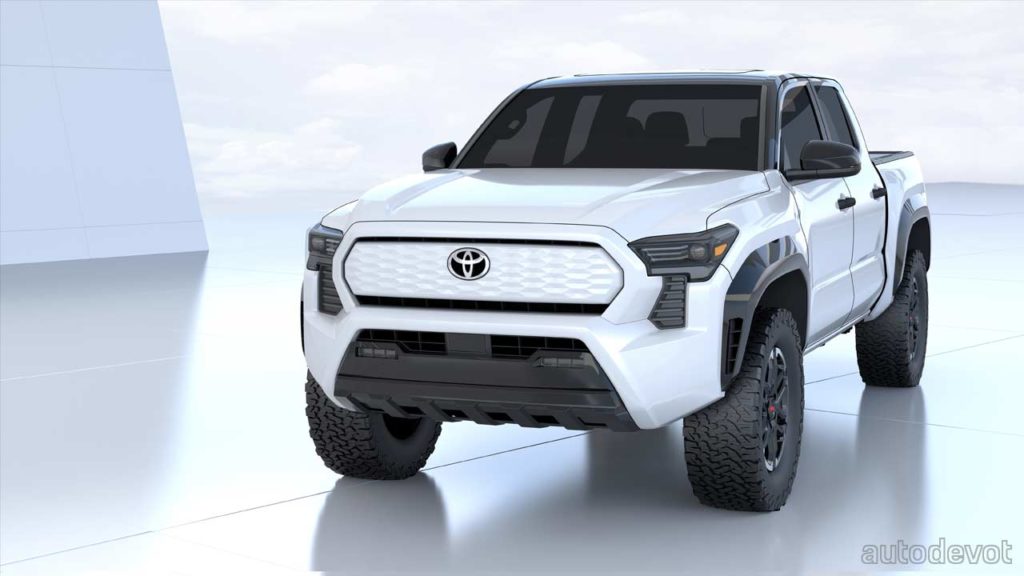 Toyota Pickup EV
Toyota simply calls this a “Pickup EV” at the moment, and it appears to be an electric version of the Tacoma with Tundra styling. The truck with its closed-off grille looks fairly confident to take on the bland future. 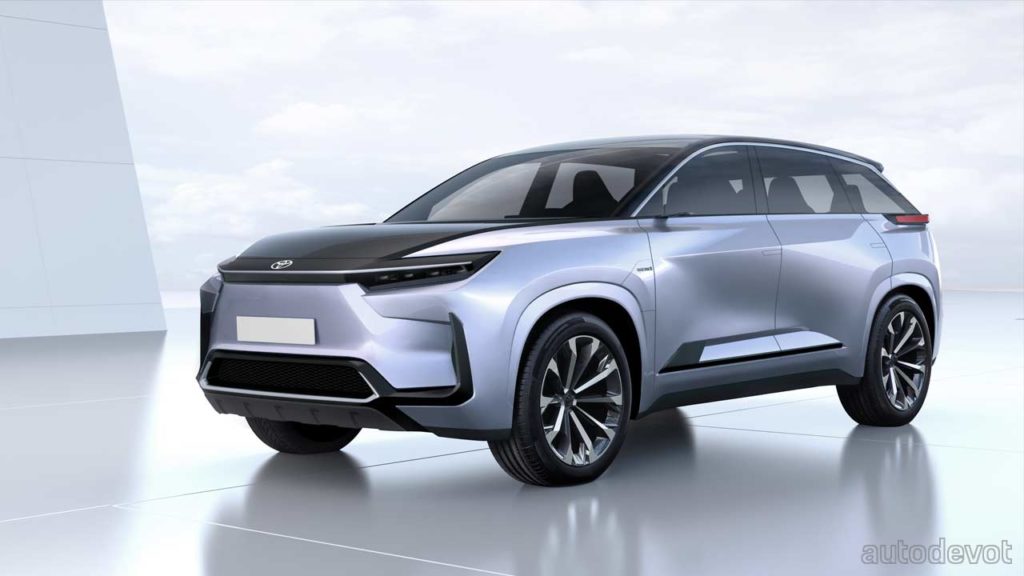 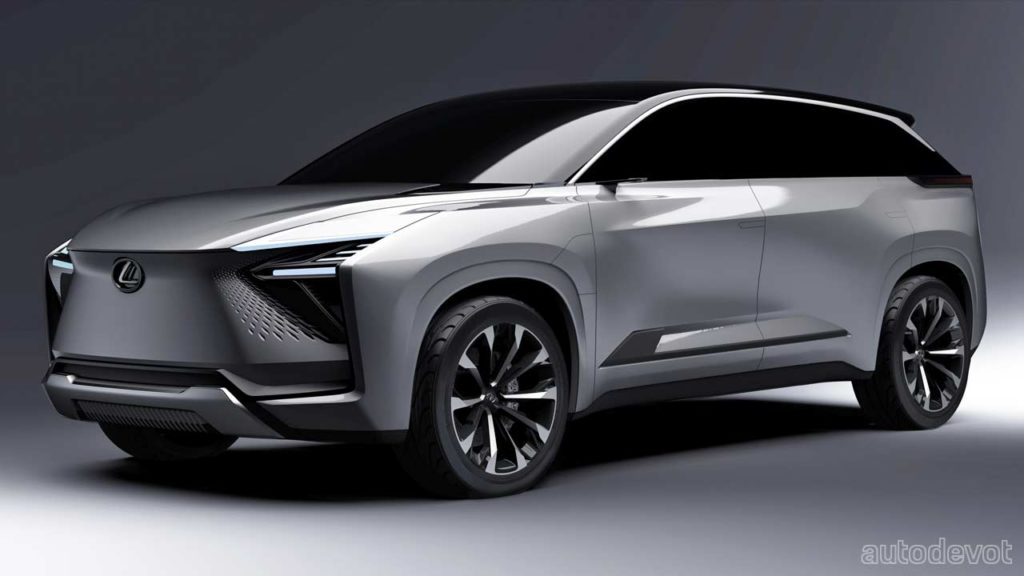 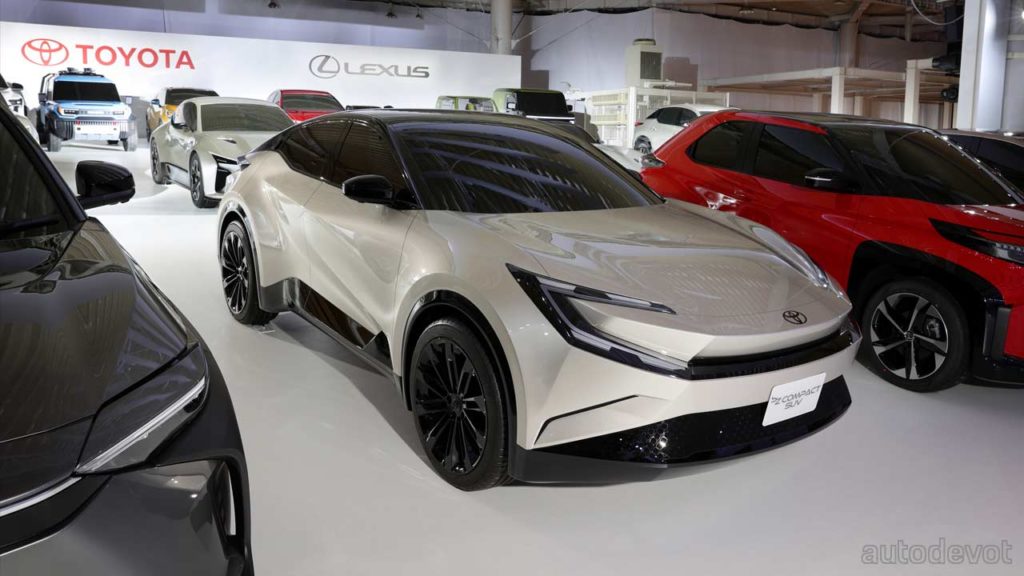 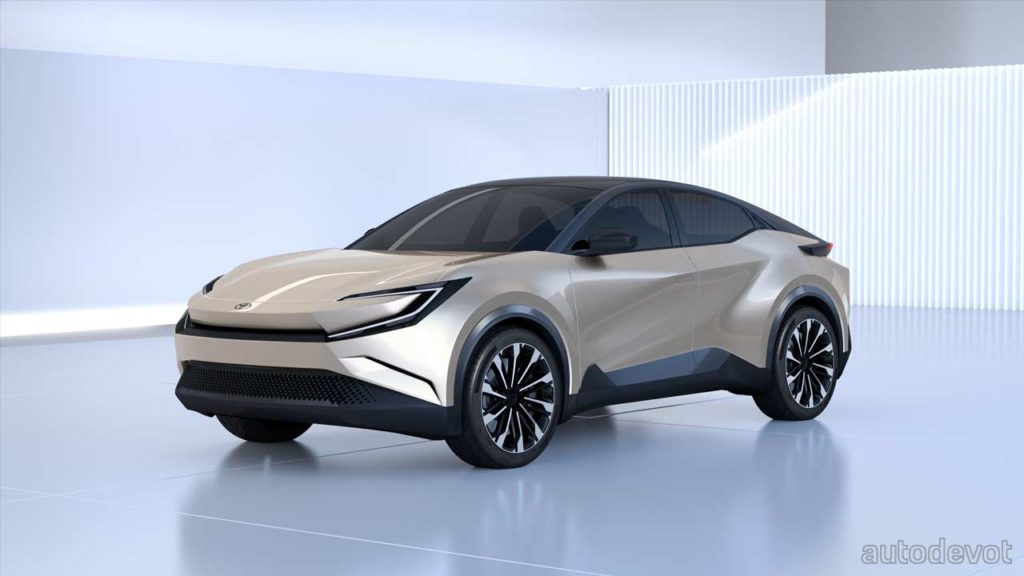 Toyota bZ Compact SUV
The bZ Compact SUV is also in a concept form at the moment, and appears to be a sporty, coupe-SUV version of the bZ4X. Its quirky styling might also remind you of the C-HR. 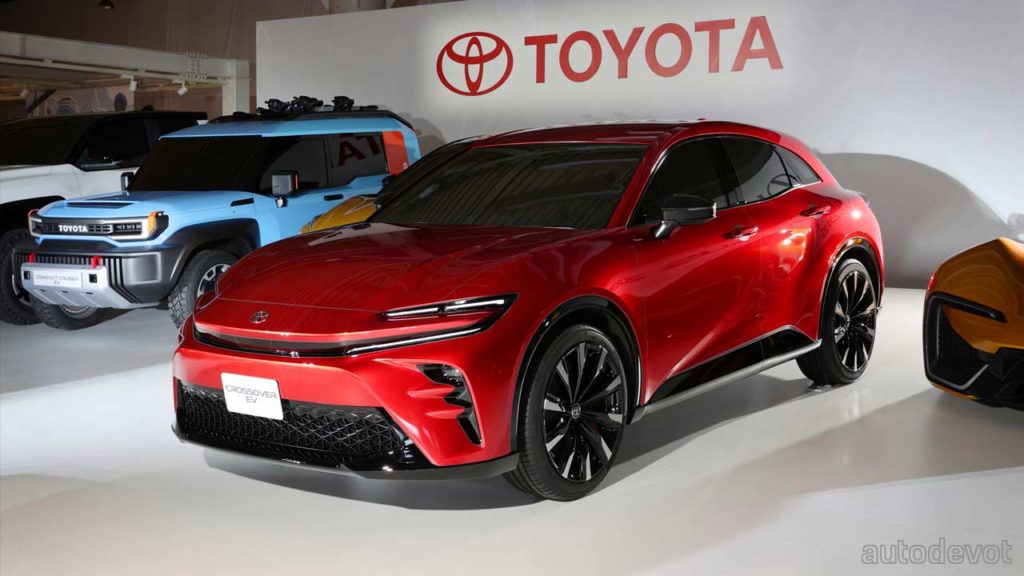 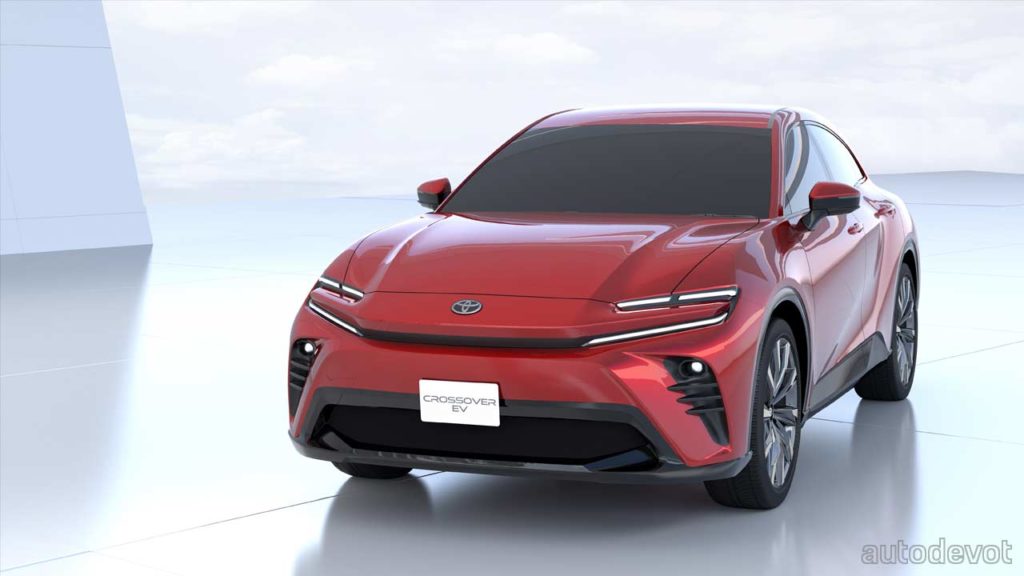 Toyota Crossover EV
The Crossover EV concept appears to be the size of a Porsche Macan—which of course, will be available as a BEV in not too distant future. The upper part of the front fascia has styling similar to that of the bZ Compact SUV. 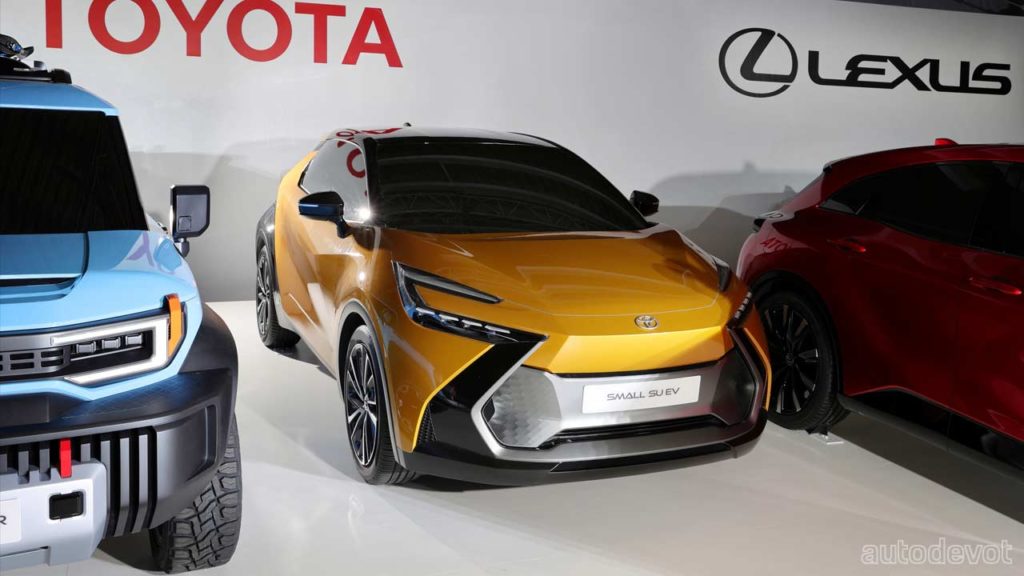 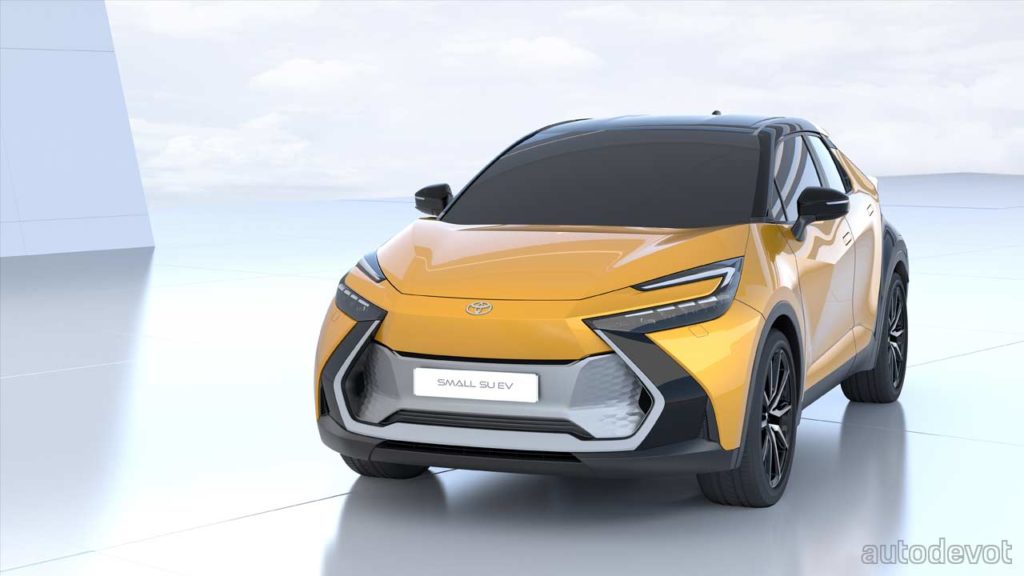 Toyota Small SU EV
The Small SU EV is another quirky concept Toyota unveiled as part of the upcoming/future lineup. It appears to be the size of a Yaris hatchback. The light signature at the front is similar to those of the bZ concepts we saw above. 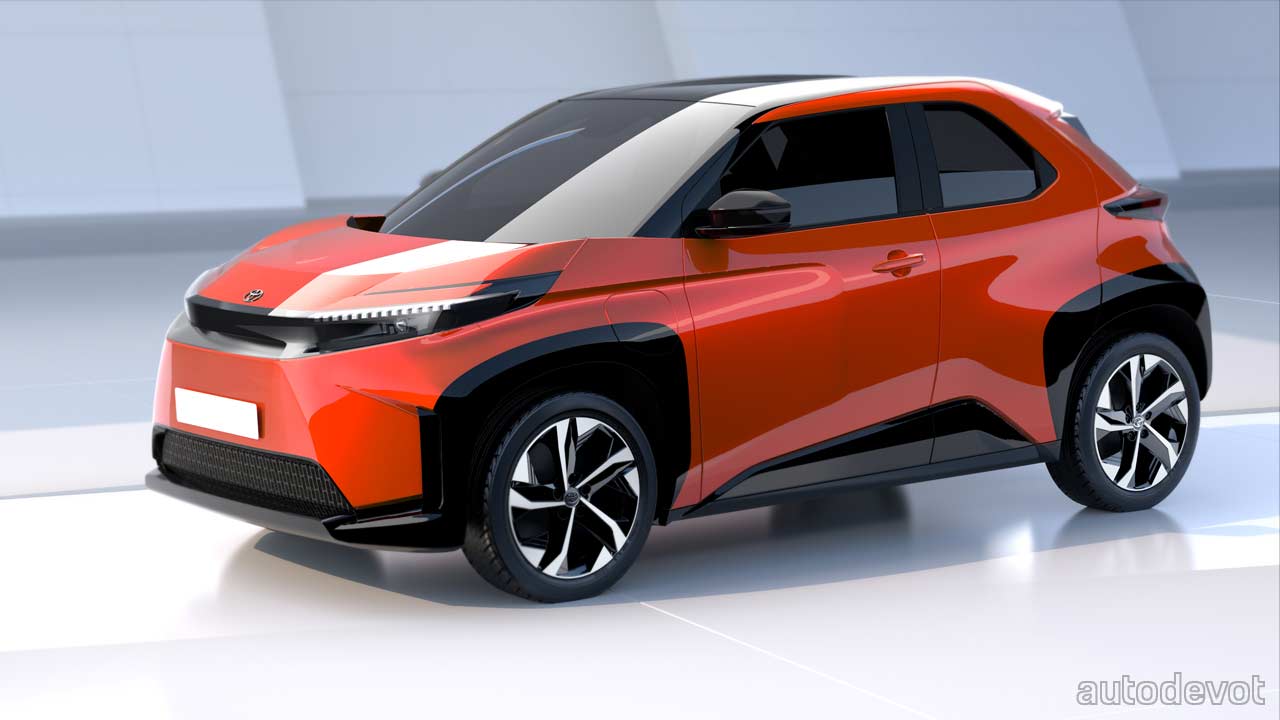 Toyota bZ Small Crossover
The bZ Small Crossover concept appears to be, you guessed it, an electric version of the Aygo X that debuted just over a month ago. It’ll most likely compete against the likes of Dacia Spring, Renault Twingo and VW Up! EV. 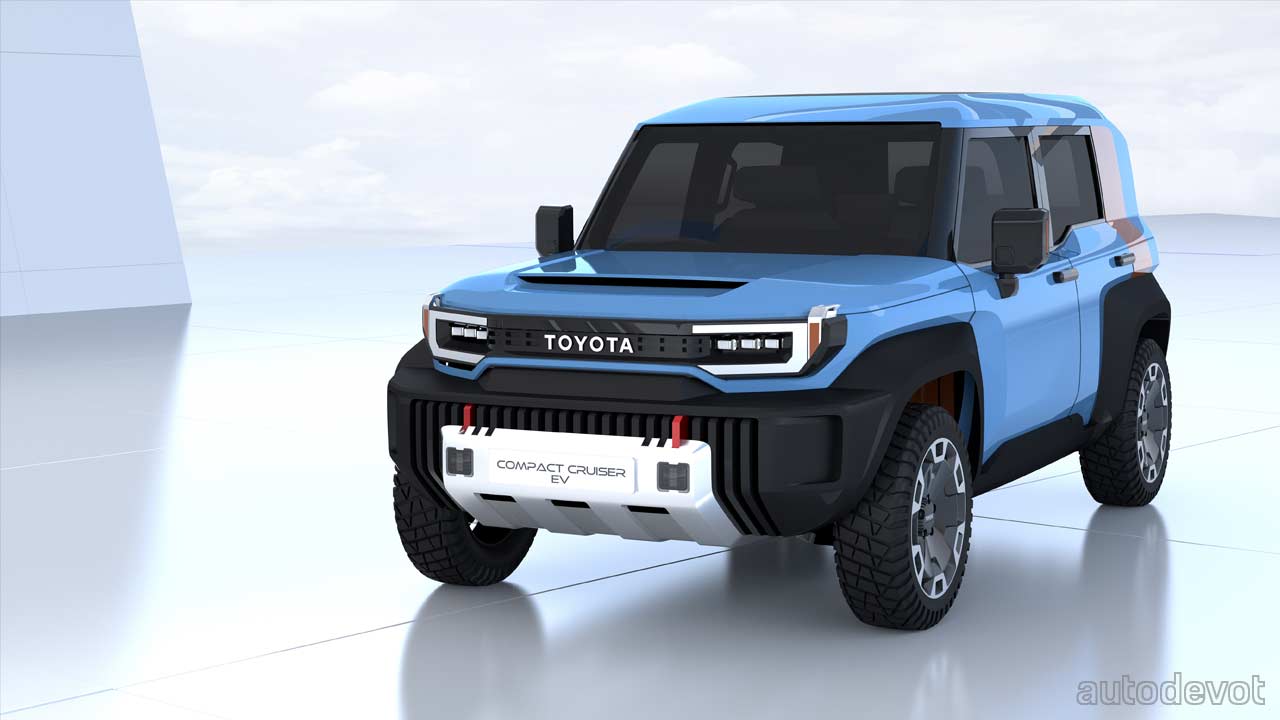 Toyota Compact Cruiser EV
The Compact Cruiser EV concept appears to be a futuristic take on the FJ Cruiser. And for some reason, it also reminds us of the FT-4X—another concept Toyota unveiled in 2017. Its boxy styling is reminiscent of Suzuki Jimny and Ford Bronco as well. 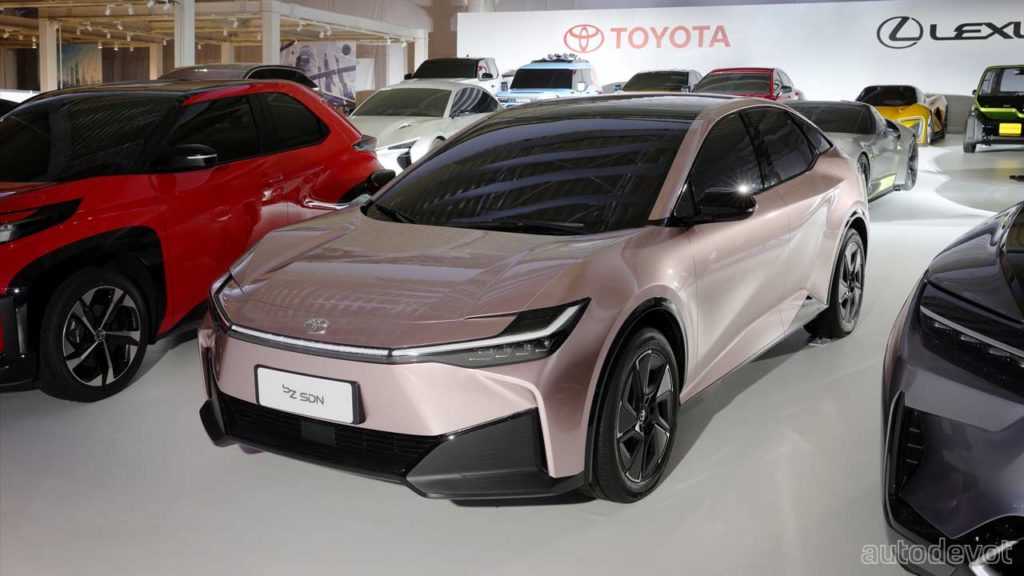 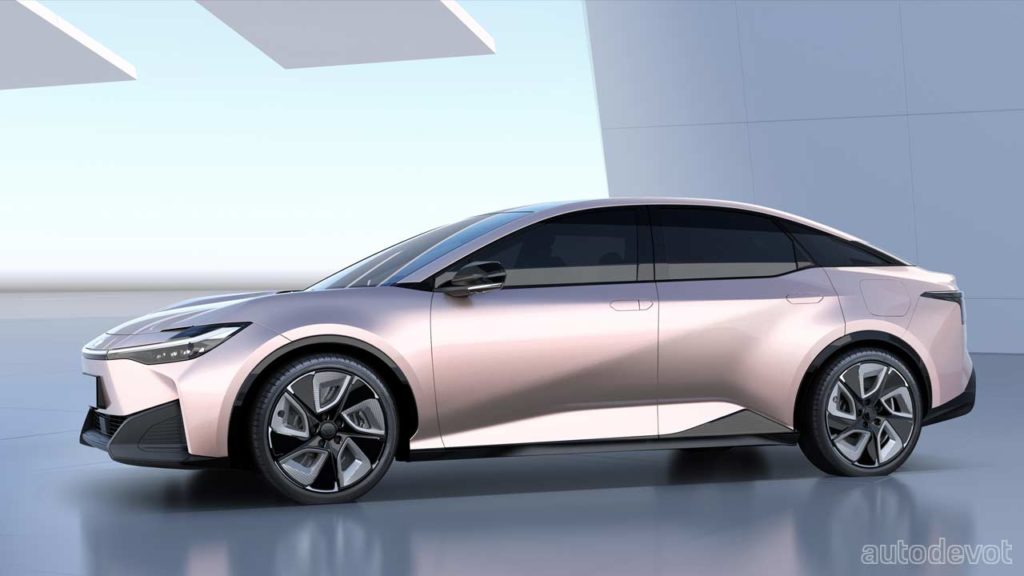 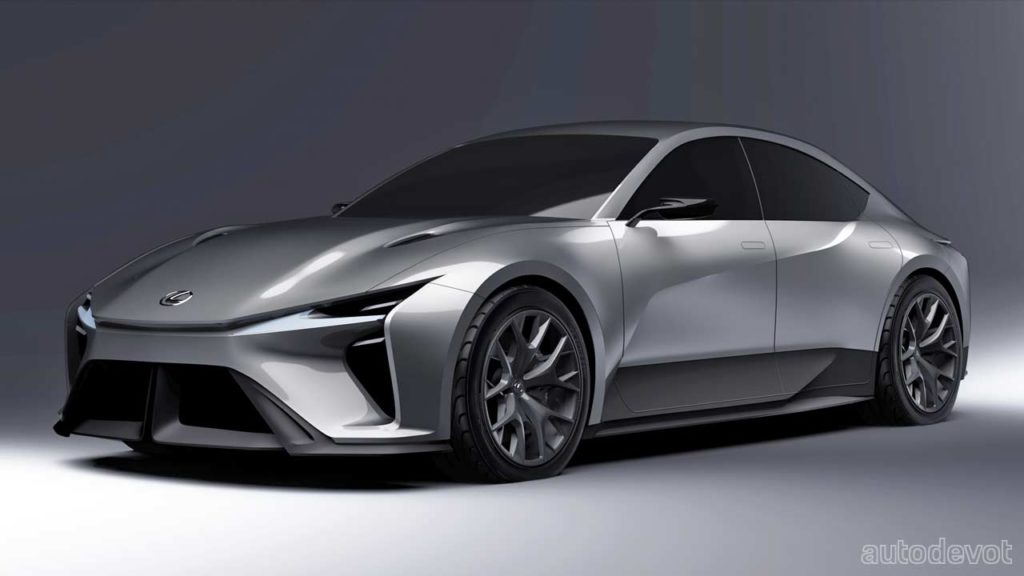 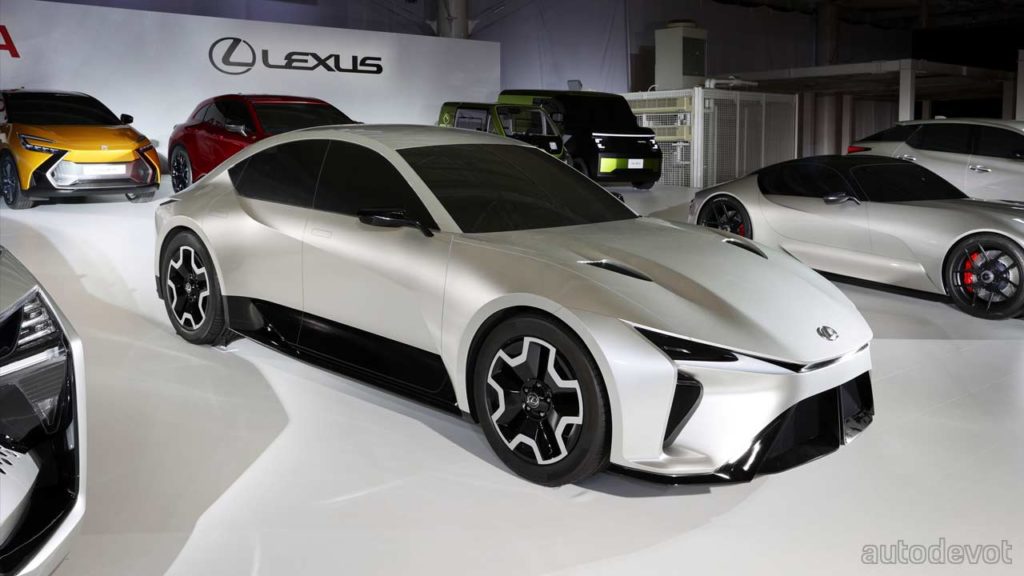 Toyota bZ SDN and Lexus Electrified Sedan
Thankfully, it’s not all SUVs and crossovers in the future. The bZ SDN and its Lexus-ized sibling are stylish compact sedans. While the Toyota has a bZ-typical front fascia, the Lexus gives NIO and Lykan vibes—but maybe that’s just me. Notice that the Lexus rides significantly lower than the bZ SDN. 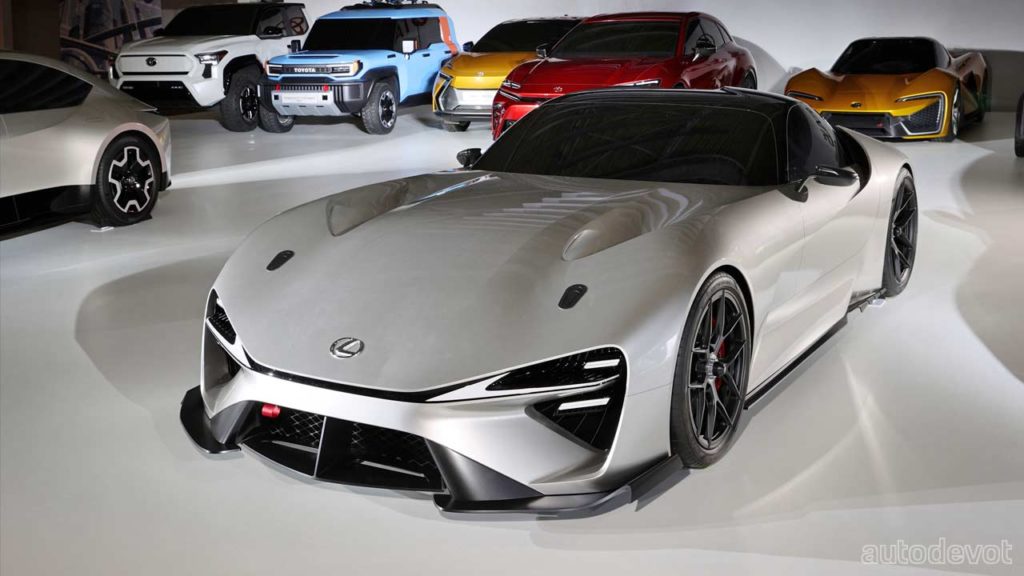 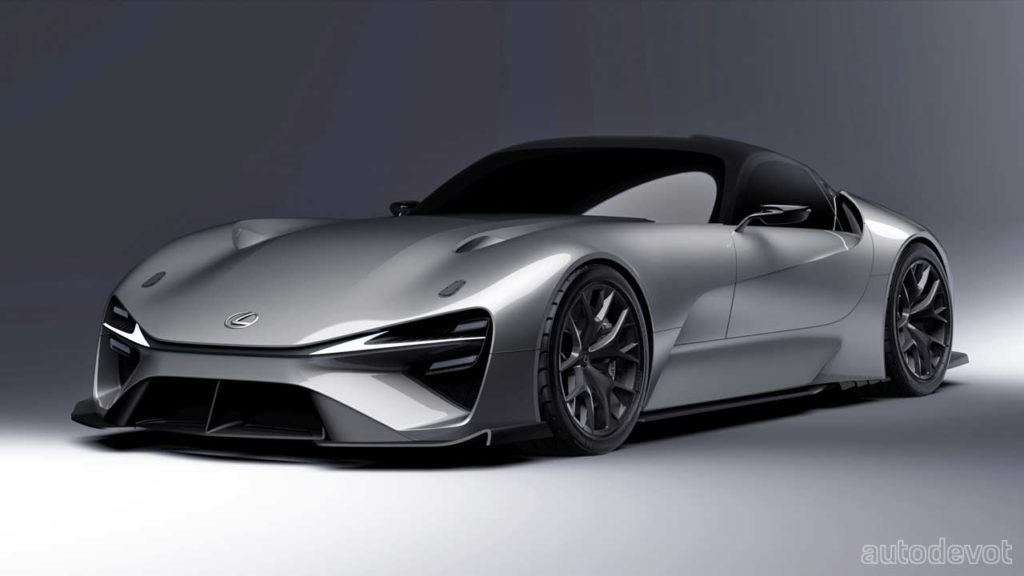 Lexus Electrified Sport
Another Lexus on showcase was this Electrified Sport concept which clearly appears to be something more than just a sports car. It is expected to pack solid-state batteries and deliver a cruising range of over 700 km (435+ mi). It appears to feature stunning bodywork with large intakes at the front and outlets on the bonnet and behind the front wheels. Notice that the air is also channeled into the side window outlets. Toyota claims that the acceleration time will be in the “2 second range”. 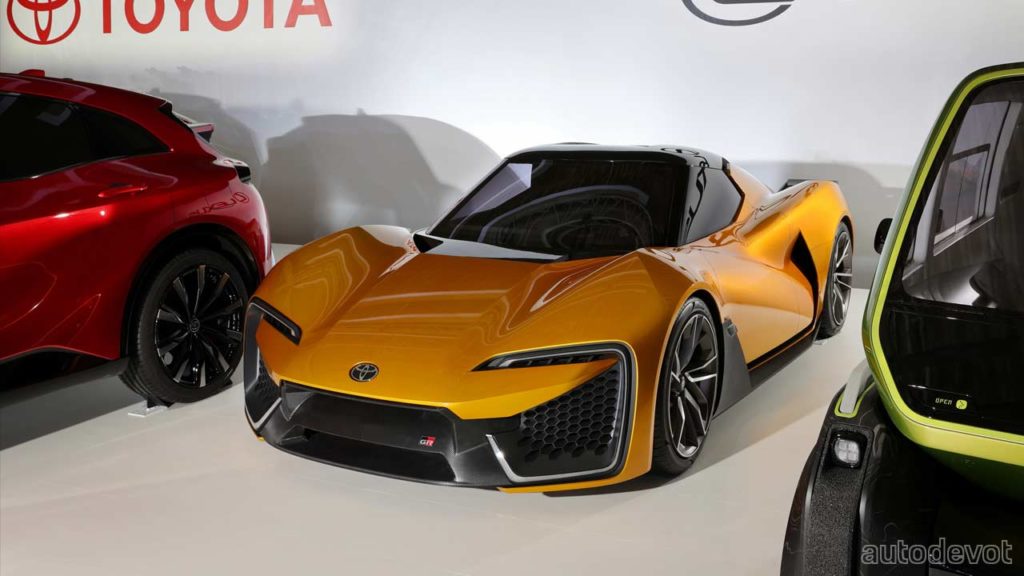 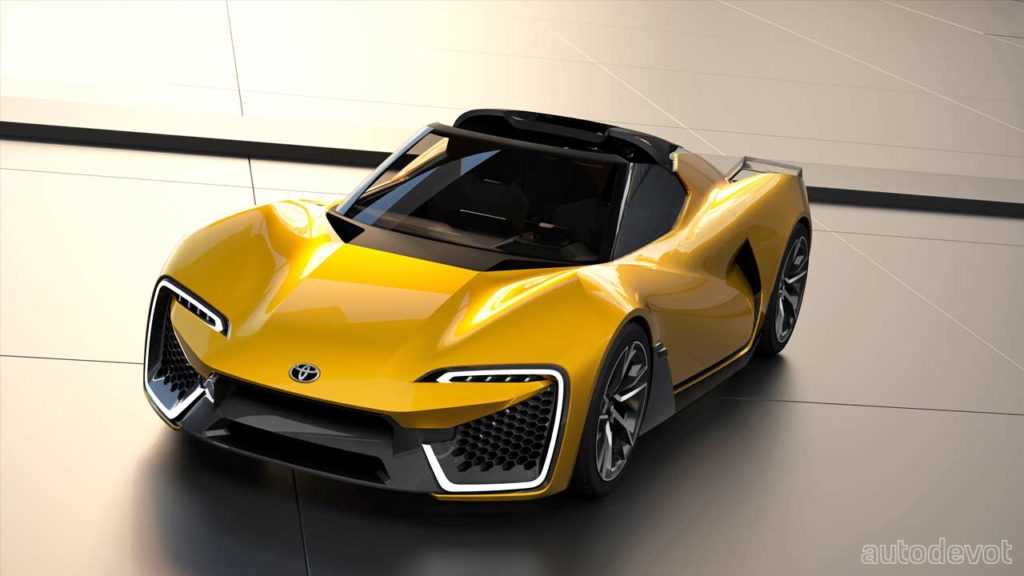 Toyota Sports EV
If rumors are your thing, the Toyota Sports EV is an all-electric revival of the MR2, and the size of the convertible concept makes it hard to disagree. It has got what appears to be a manually removable hardtop. Also, notice a Gazoo Racing badge at the front. 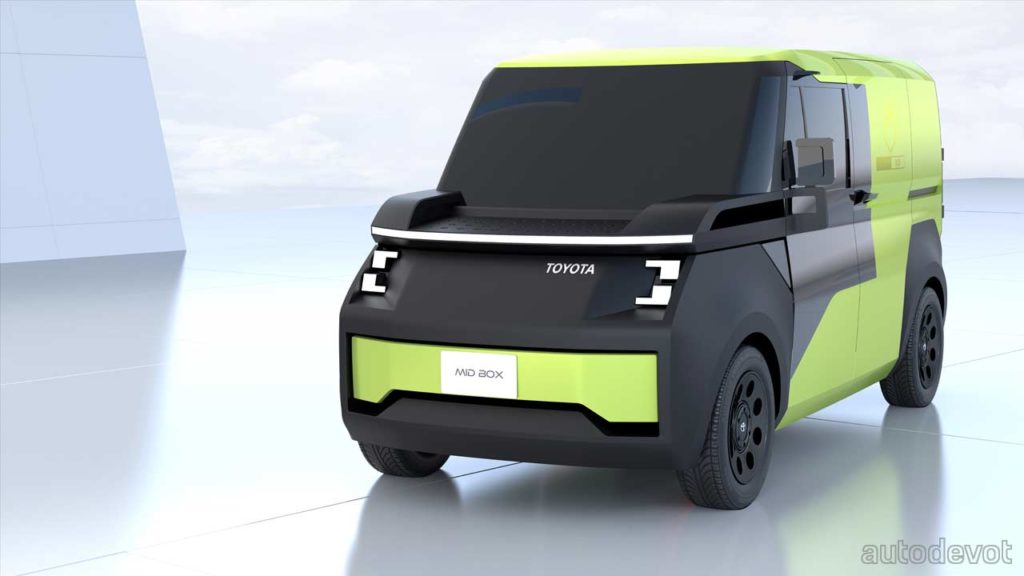 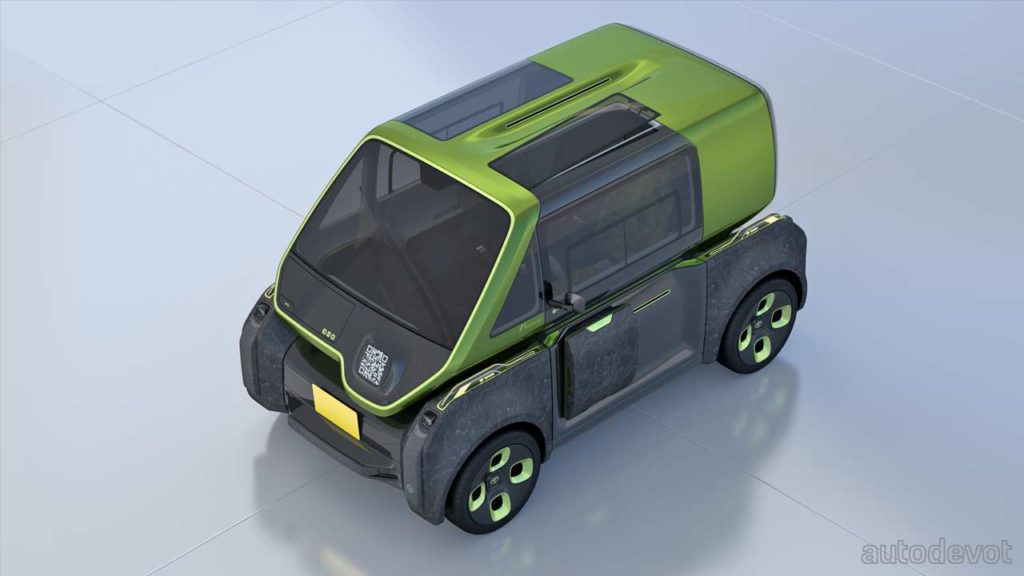 Toyota Mid Box and Micro Box
Finally, we have the Mid Box and Micro Box concepts which appear to be for commercial and shared mobility segments, respectively. These are kinda similar (similar category, rather) to e-Palettes Toyota has been working on for a few years now.