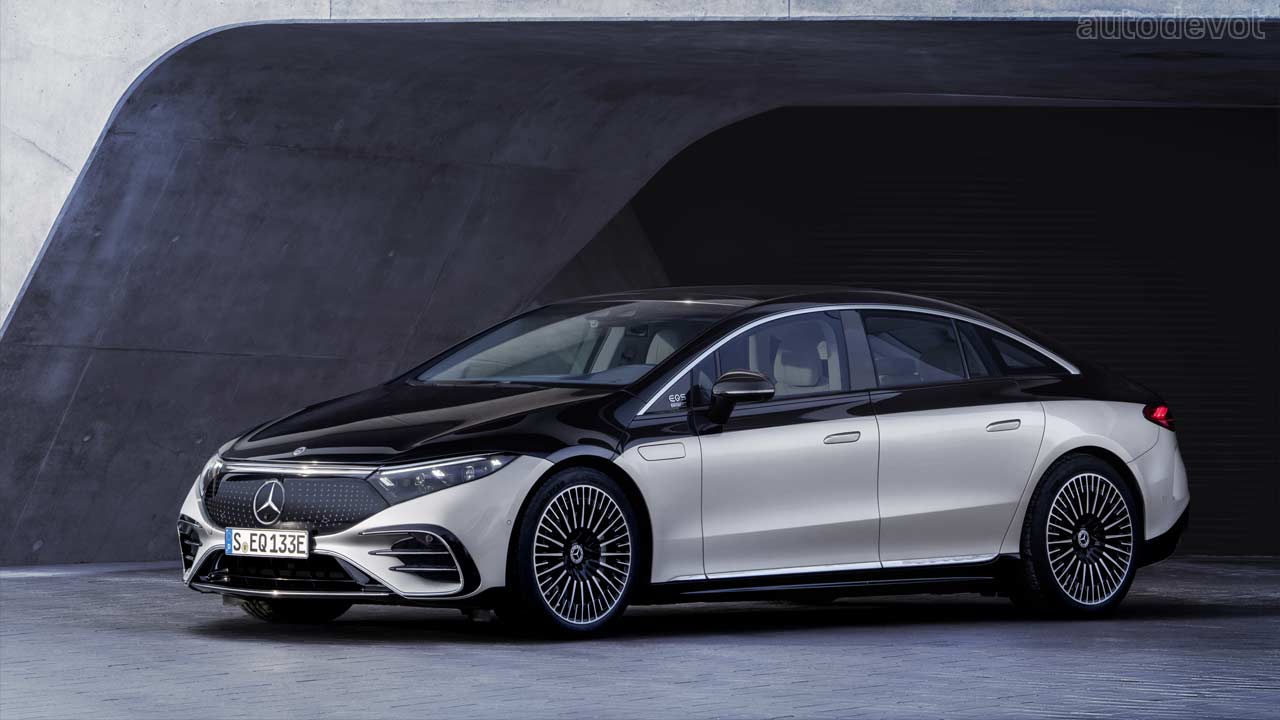 Mercedes-Benz delivered a total of 2,054,962 vehicles (including smart brand and vans division) in 2021, which is a decline of about 5% compared with 2020 data, but, of the total sales, 99,301 vehicles were BEVs (including smart models and vans), which is a growth of 154.8% compared with 2020 data. The company also shared that the all-electric flagship sedan EQS has accumulated nearly 16,370 orders ever since it went on sale in August 2021.

The lack of semiconductors delayed the supply of vehicles despite strong demand for passenger cars and vans in all segments and across all regions, and as a result, sales in the fourth quarter decreased by 24.7%, the company said. 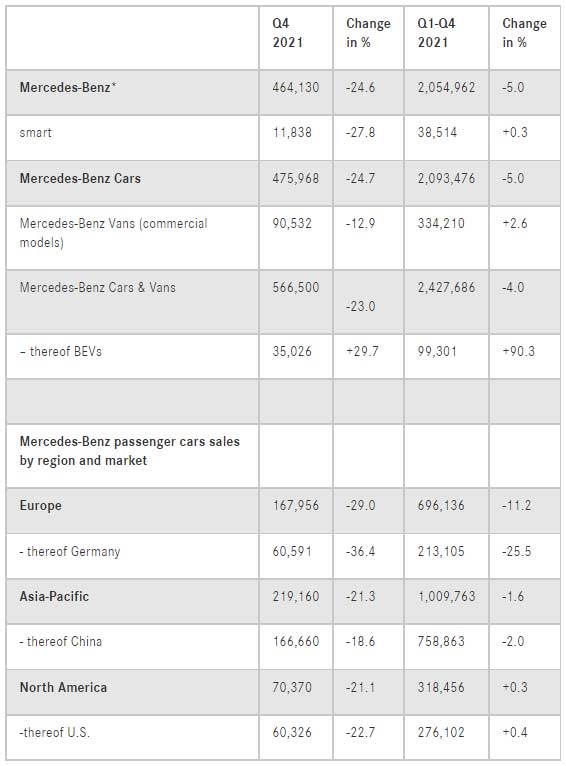