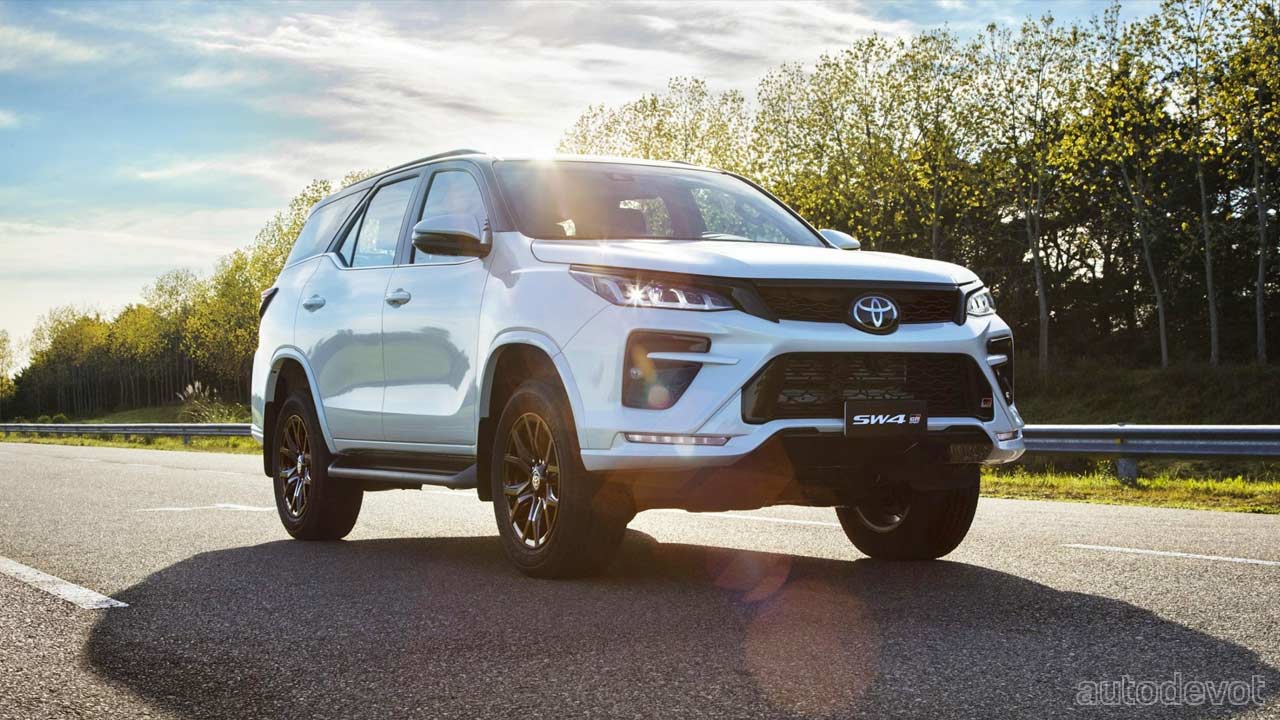 Not too long ago, when a Toyota needed to be sporty (visually and dynamically), it used to carry TRD badges. But as you know, things changed quite rapidly with the arrival of the GR Supra in early 2019, and the grand success of the GR Yaris meant only one thing: GR all things! I mean, if BMW can slap an M badge on pretty much everything, why not its Japanese friend? And so, the sporty version of the Fortuner will no longer be known as Fortuner TRD Sportivo, at least in markets where ‘GR’ has been recognized; instead, it’ll be called the Fortuner GR Sport. In Brazil where the Fortuner is sold as SW4, the sporty version will be known as the SW4 GR-S. 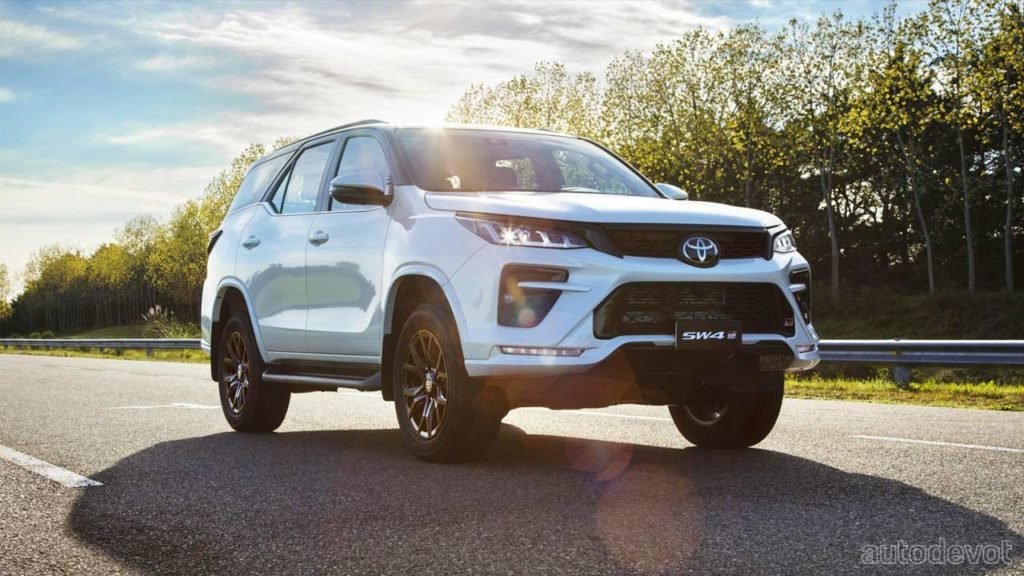 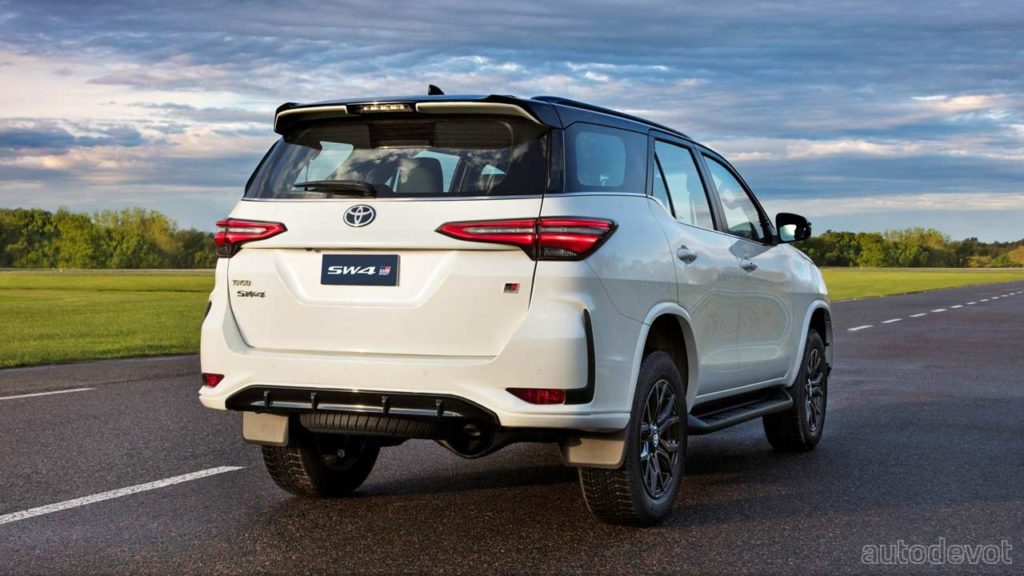 It appears that the SW4 GR-S is based on the Legender variant that is sold in Thailand and India. The body kit features an even more sporty-looking front bumper with GR branding on the left side, an exclusive 18-inch alloy wheel design, black side steps, black roof rails, a model-specific rear spoiler, and another GR branding on the tailgate. Also, notice that there’s no chrome bar on the tailgate. The vehicle is available either with full black exterior paint or with a white-black dual-tone combo. It’s not all visual though. The SW4 GR-S also gets a stiffer suspension setup with GR dampers, aimed to reduce body roll and offer precise handling. 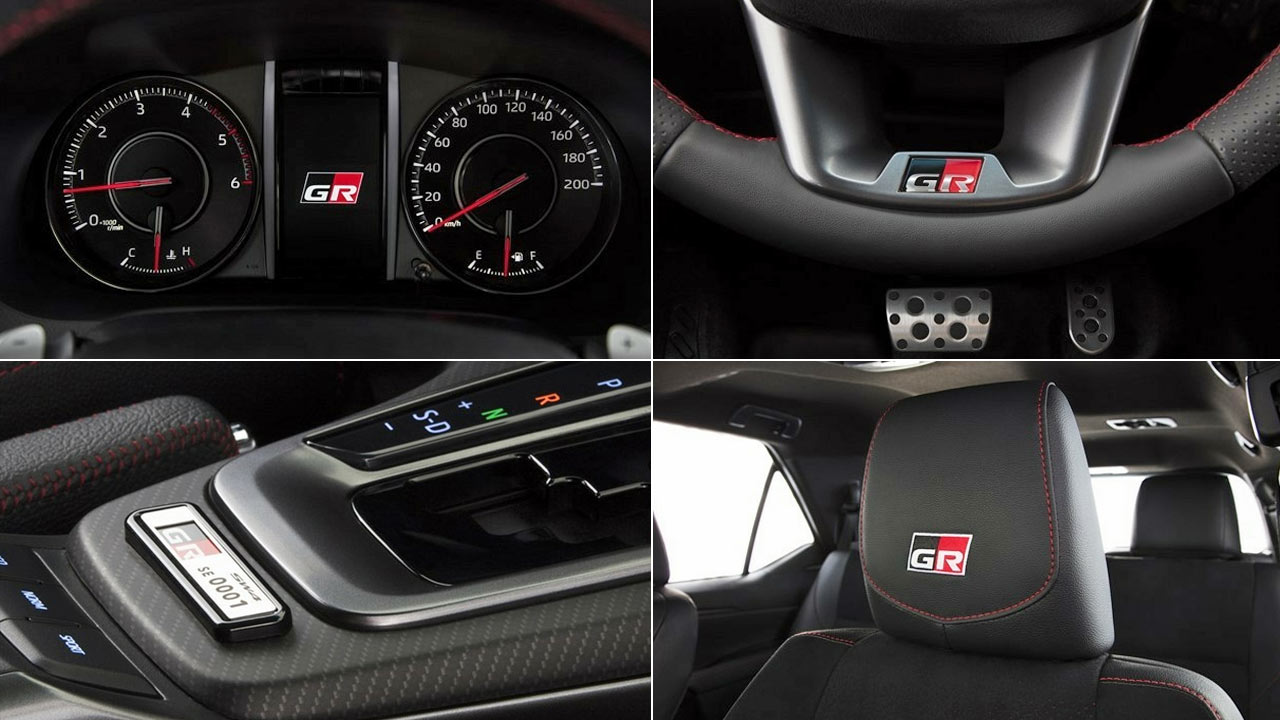 But anyway, the rest of the things will remain as is, including the 2.8-litre 4-cylinder turbo-diesel engine with 150 kW (204 metric hp) and 500 Nm (369 lb-ft) of torque—channelled to all four wheels via a 6-speed automatic gearbox.