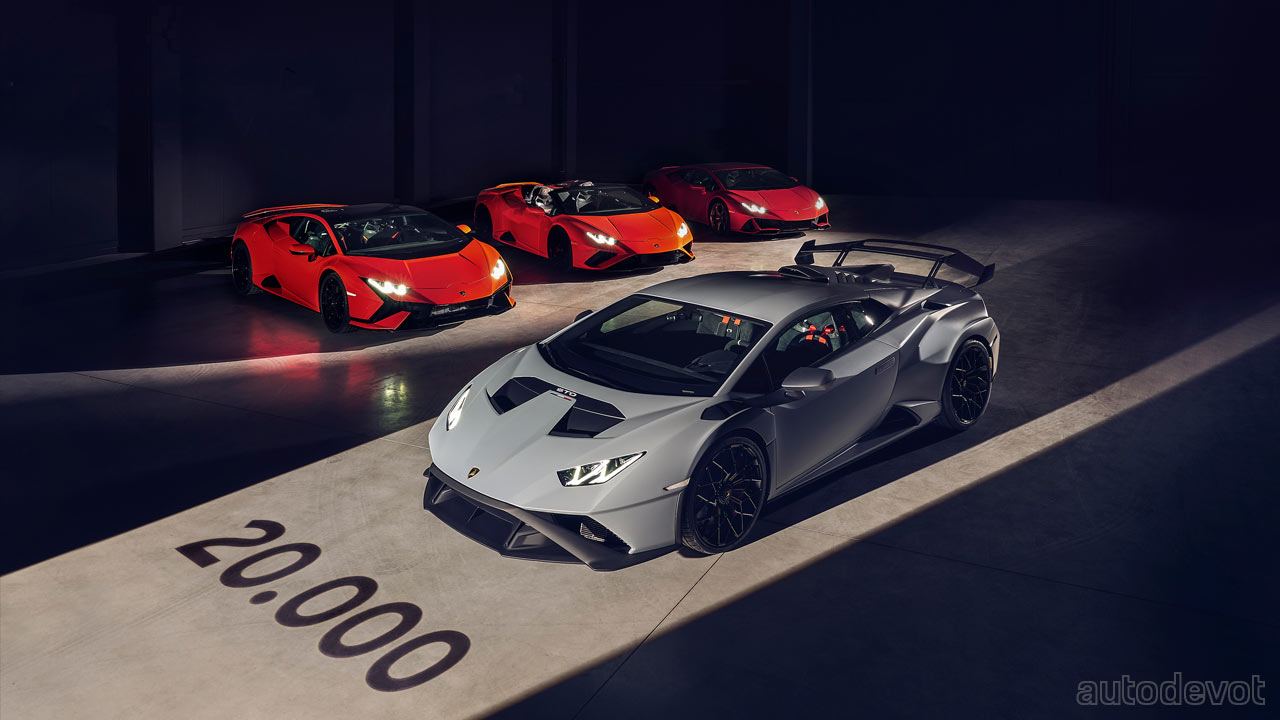 Back in 2014 when the Huracán debuted as a replacement for the Gallardo—a very successful nameplate, if Lamborghini had claimed that the new car was gonna outsell its predecessor by a large percentage, most people would have given a sarcastic response. But as you now know, it’s Huracán’s successor (most likely gonna be a hybrid) that is gonna face a huge challenge, as the car #20,000 recently rolled off the production line in Sant’Agata Bolognese. Lamborghini produced 14,022 Gallardos in 10 years, and Huracán has outsold its predecessor by 5,978 units in just 8 years. 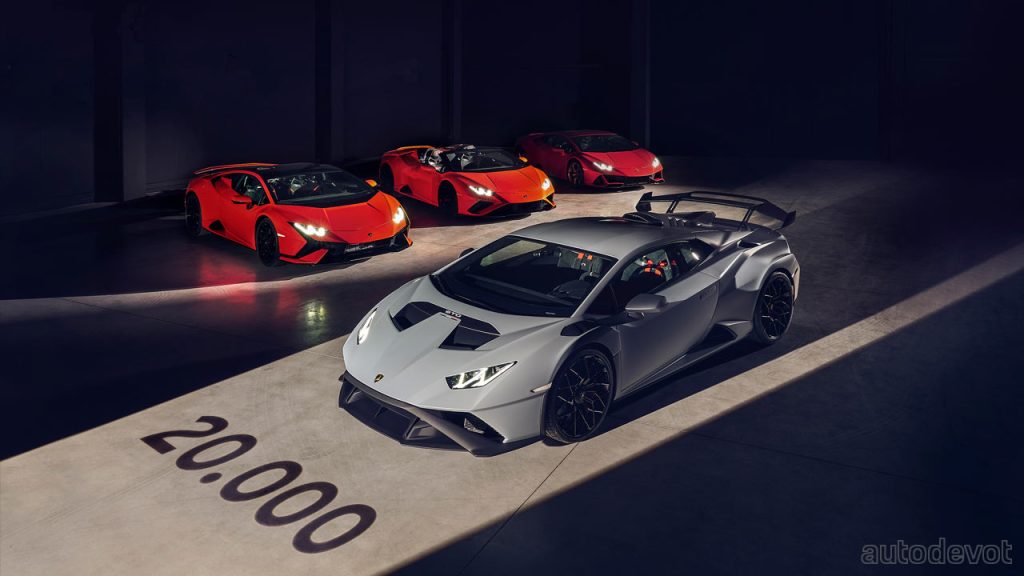 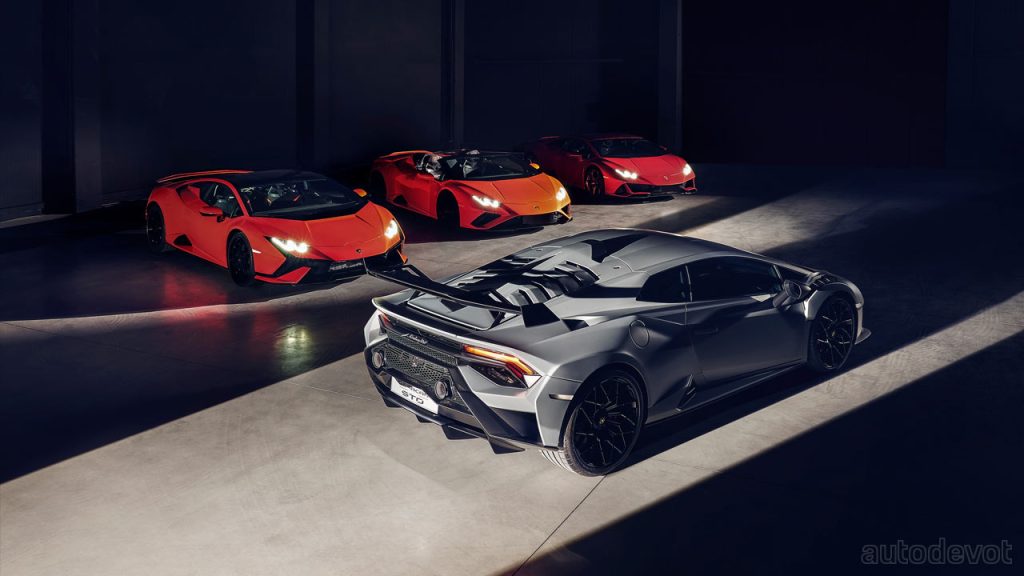 The car #20,000 is the Huracán STO, finished in Grigio Acheso Matt for a Monégasque client. The STO (Super Trofeo Omologata) debuted in the fall 2020 with significant differences compared such as a clamshell bonnet, a lot more downforce, and weight shavings (or, savings, if you prefer).

Quick facts
Since 2014, 71% of buyers have chosen coupé versions and 29% open-air derivatives. The top market is the United States with 32% delivered, followed by the UK and China. The success story continues even today, with Huracán models largely contributing to the 2021 sales record with a strong increase of 2,586 units, thanks in part to the positive response to the Huracán STO.

The latest iteration was the Huracán Tecnica, which debuted just a few days ago. It is unclear at the moment if the Huracán nameplate will also have a 10-year run.