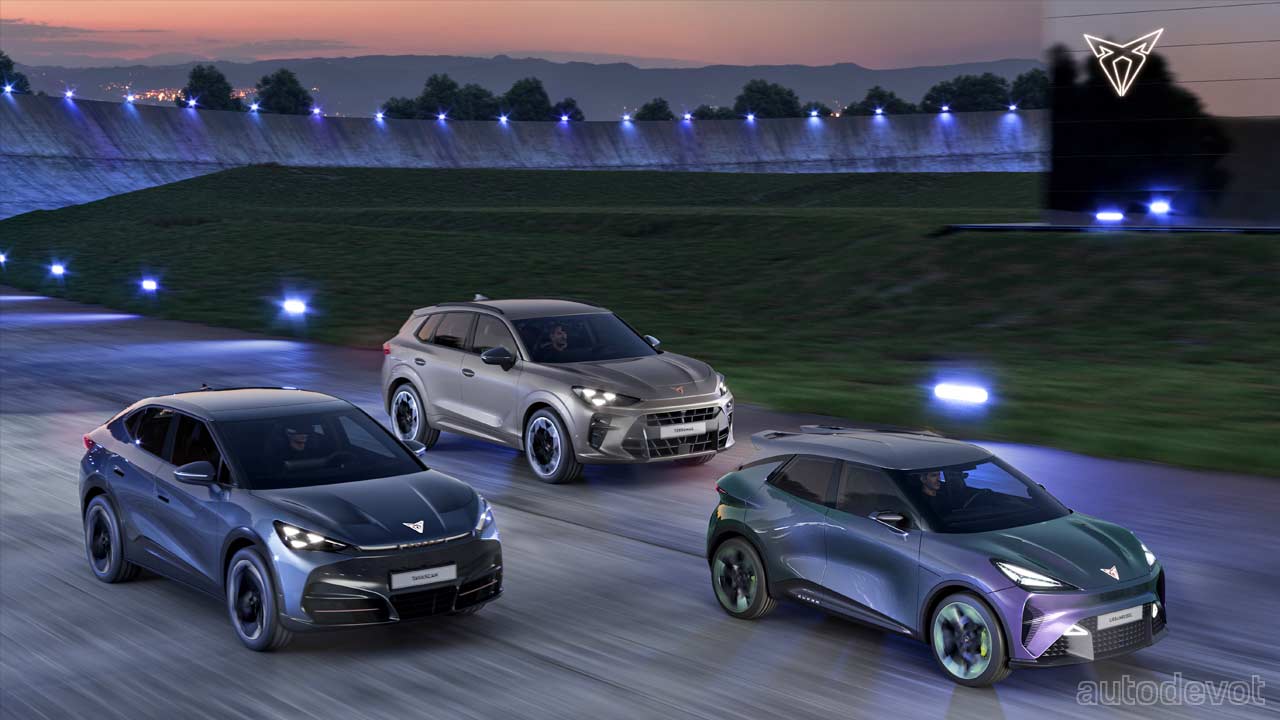 Volkswagen Group threw a media event recently near the defunct Terramar circuit in Sitges, Spain, for Seat’s sub-brand Cupra. In addition to the members of the media, the attendees included shareholders from the Porsche-Piëch family. The announcements included three new electrified models by 2025: Cupra Terramar, Cupra Tavascan and Cupra UrbanRebel. Among the three, the ‘Tavascan’ might sound familiar, and that’s because it was revealed as a concept in September 2019.

Let’s start with the Cupra Terramar—which is being billed as the brand’s first electrified SUV. The 4.5 metre long SUV is expected to be built on the MQB platform, the one that underpins the Audi Q3, Skoda Kodiaq, VW Tiguan and the Seat Tarraco as well. Seat didn’t share a lot of information on the Terramar, but just said that the crossover will be available with regular ICE powertrains as well as PHEV powertrains, with the latter offering up to 100 km (62 mi) EV range.

“Terramar is where everything started for Cupra. Our new sporty hybrid SUV perfectly combines bold proportions with a long striking bonnet, while the shark nose means breakthrough resistance and the determination to win,” says Jorge Diez, Design Director for Cupra.

The production version is expected to debut in late 2023 or early 2024, with production planned at Audi’s Györ plant in Hungary. 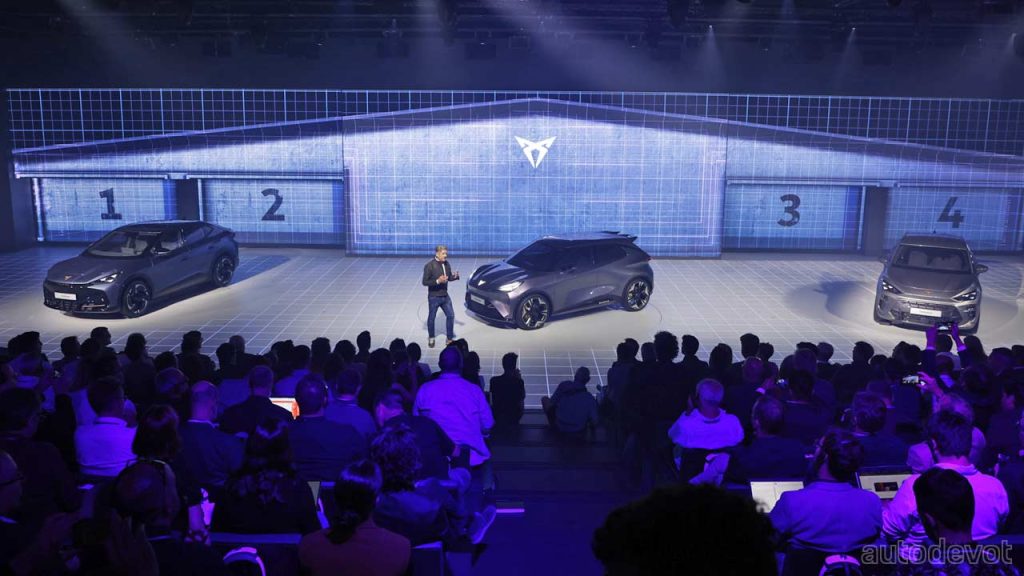 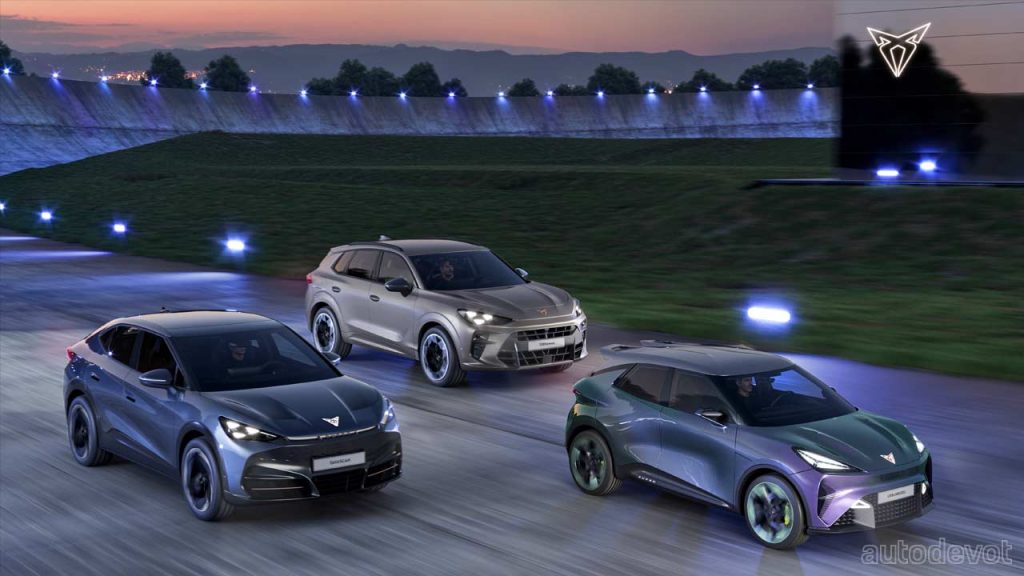 The Cupra Impulse event lineup included the near-production version of the Tavascan concept—which now sports production-ready headlights, wheels, mirrors, door handles, and other elements. This one too will be launched in 2024. 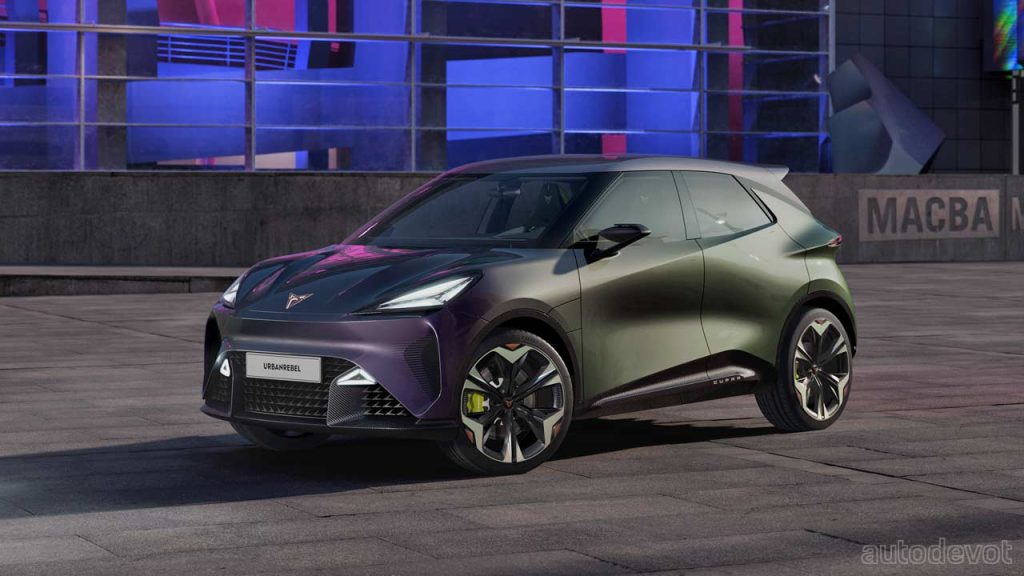 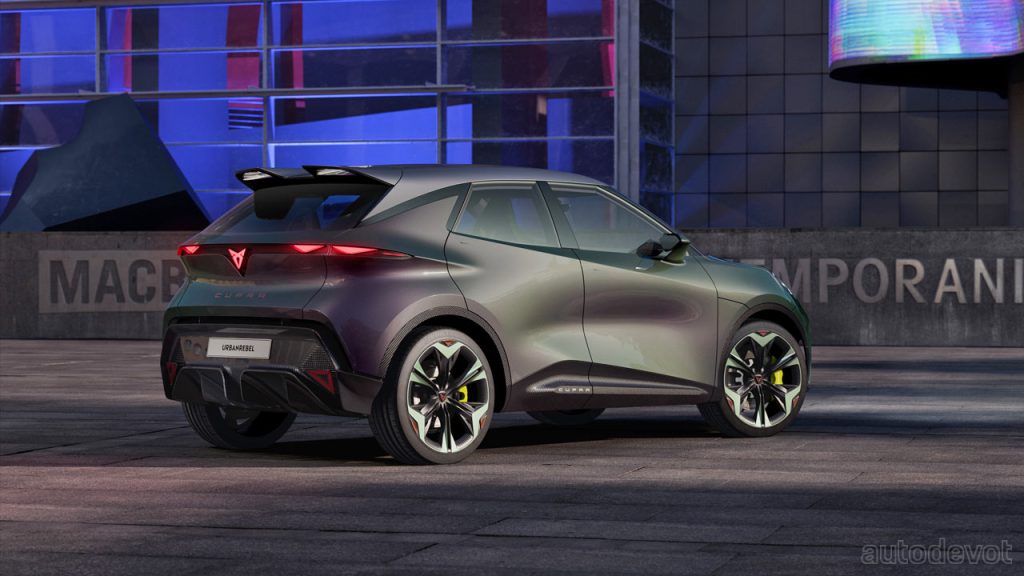 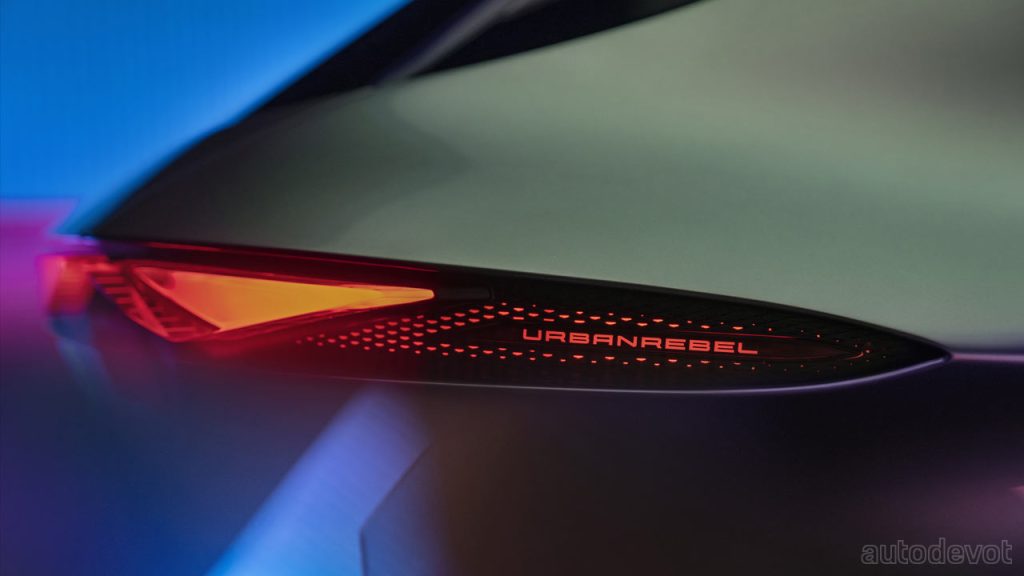 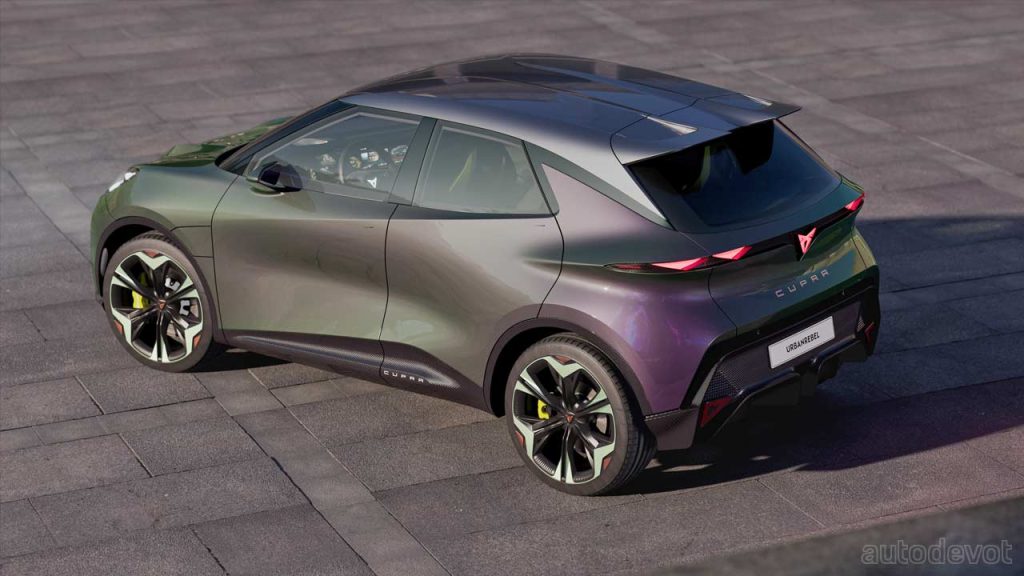 And lastly, we have the Cupra UrbanRebel concept—which as the name suggests, is an urban crossover, also built around the MEB platform as the Tavascan and several other Volkswagen Group cars including the Audi Q4 e-tron, the Skoda Enyaq and the VW ID lineup. The UrbanRebel appears to be about the size of the ID.3. The concept boasts 3D printed and 3D knitted content. 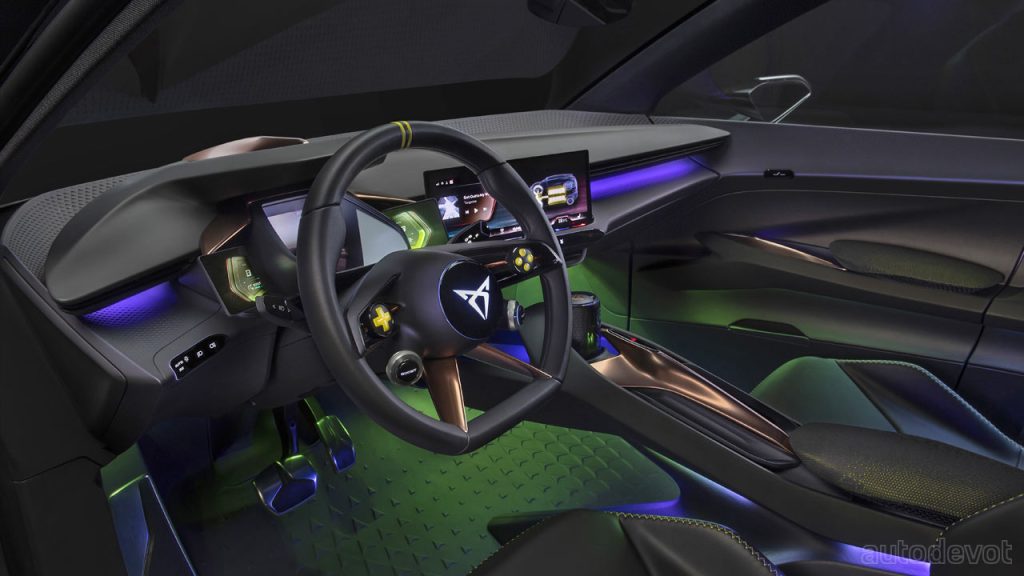 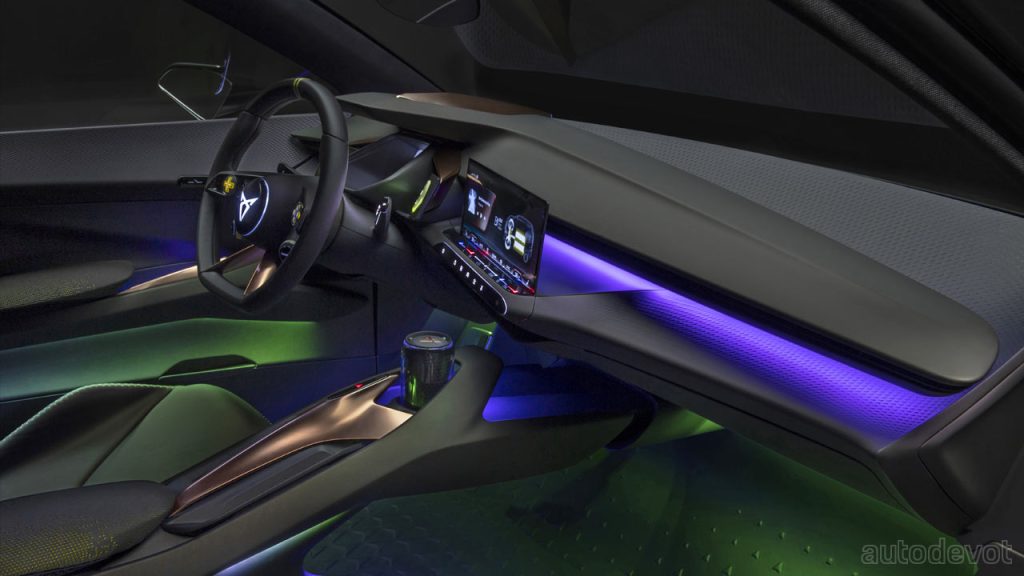 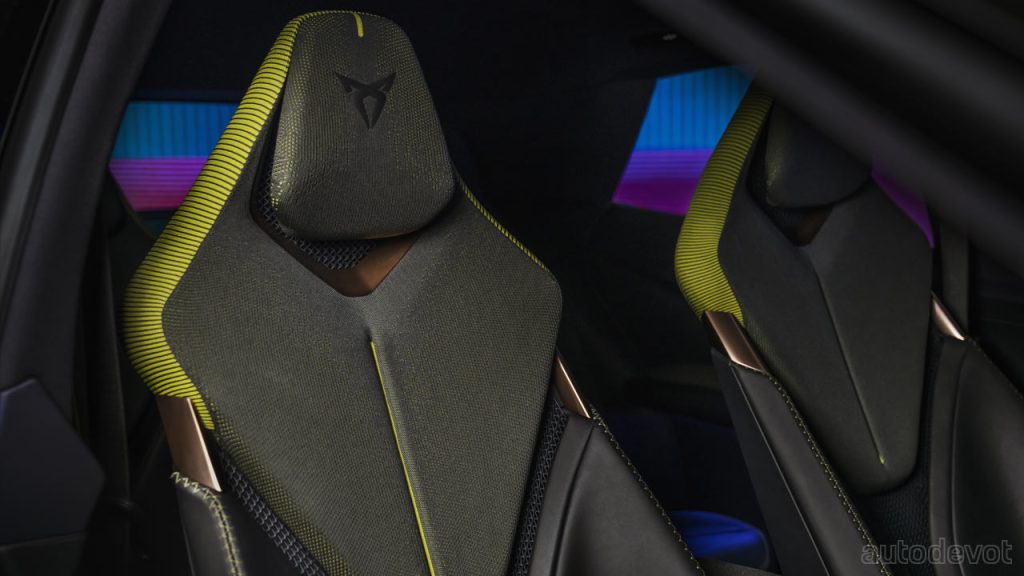 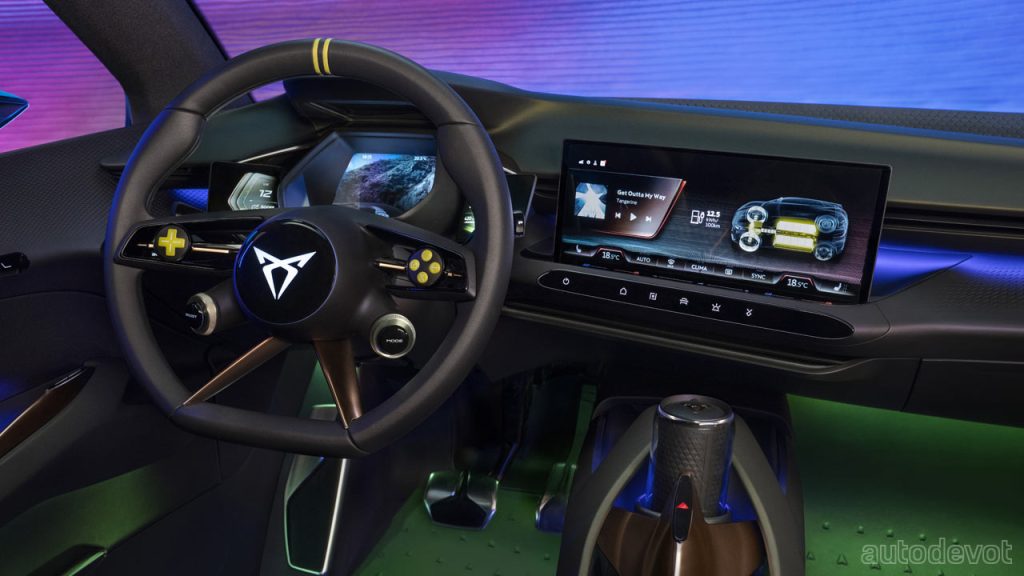 “The UrbanRebel is more than just a car to Cupra. This is the model that will democratize urban electric mobility. Emotional, sexy, and fun to drive, and at the same time, accessible. We prove that electric cars don’t have to be boring. This will be the next generation’s entry into our range,” said Wayne Griffiths, CEO of the brand.

The production version is expected to debut in 2025, with production planned in Martorell, Spain.