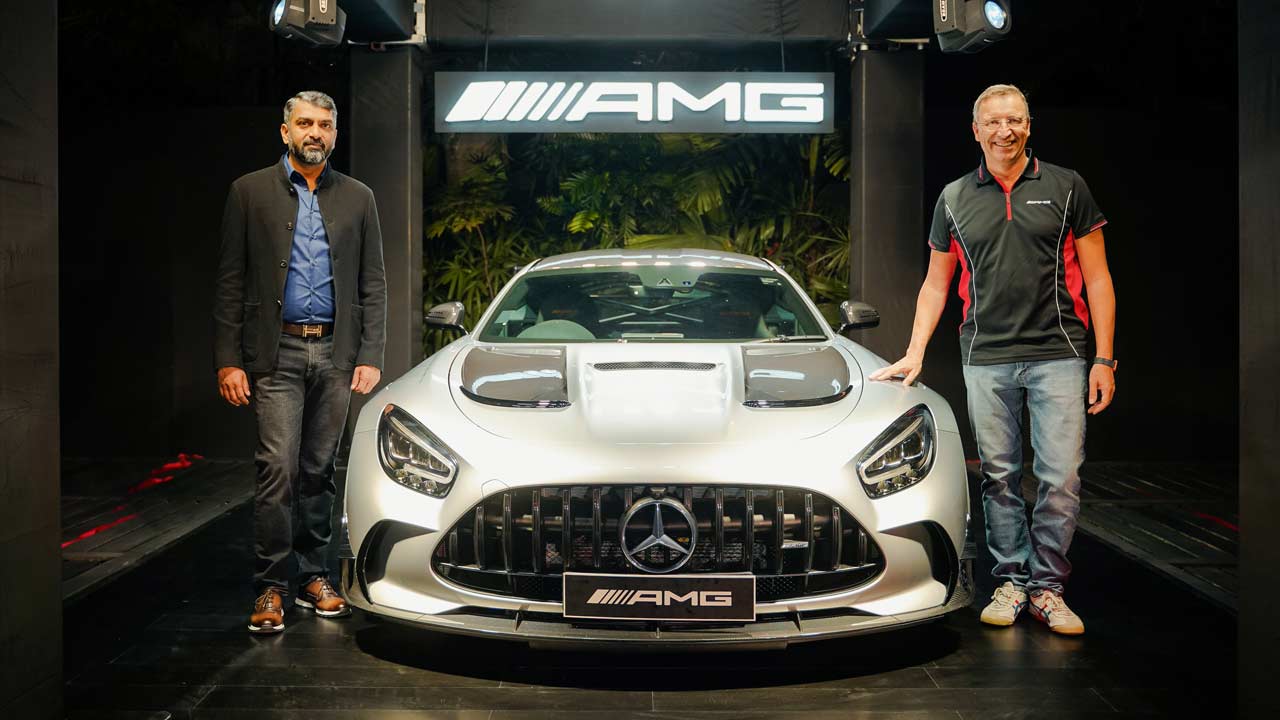 Mercedes-Benz India threw a lavish private party recently in association with its Bengaluru retailer Sundaram Motors to deliver the country’s first AMG GT Black Series to Bren Garage. For the uninitiated, Bren Garage is a private car collection in the city, which includes cars such as the 911 R, the 458 Speciale, the 488 Pista, the SF90 Stradale, the Aventador SVJ, the Huracan STO, the AMG GT R and the SLS Black Series, just to name a few among several desirable cars he owns.

Mercedes-Benz delivers the first ever unit of the highly exclusive super car ‘AMG GT Black Series’ in India. Checkout the glimpses from the event.
We congratulate Boopesh Reddy and wish him loads of fun with the marvel from Affalterbach.#AMGgtblackseries #AreyouAMGready pic.twitter.com/8tR9LoESJE

Mr. Reddy’s GT Black Series appears to be painted in silver (the debut color), with lots of exposed carbon bits, of course. One of the key highlights of this variant of the GT family is the 4.0L V8 biturbo engine with a flat-plane crankshaft as opposed to a cross-plane crankshaft in other variants. In November 2020, the car lapped the 20.6 km (12.14 mi) of the Nürburgring-Nordschleife (excluding section T13) in 6:43.616 minutes, beating the Aventador SVJ‘s 2018 record by 1.36 seconds.

Mr. Reddy actually enjoys driving his cars and often takes them to Madras Race Track and sometimes to Buddh Circuit.