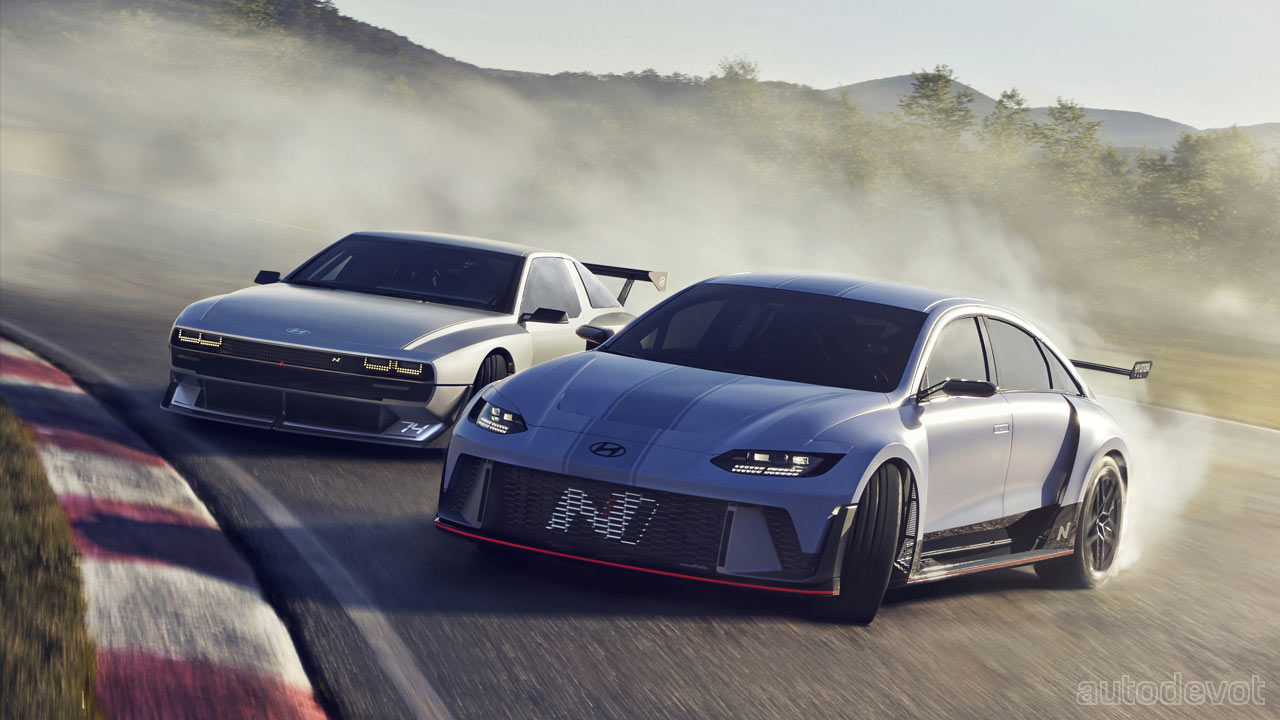 Hyundai is happy to share that a high-performance version of the Ioniq 5 named Ioniq 5 N is making its debut sometime in 2023. But we don’t have the pictures yet. Instead, Hyundai has revealed two new concepts from the N division; these include the N Vision 74 and the RN22e. The N Vision 74 marries the fuel cell technology of the Hyundai N 2025 Vision Gran Turismo concept with the styling inspired by the 1974 Hyundai Pony Coupe concept. You already know what the RN22e is, but we’ll get to that in just a minute or two. 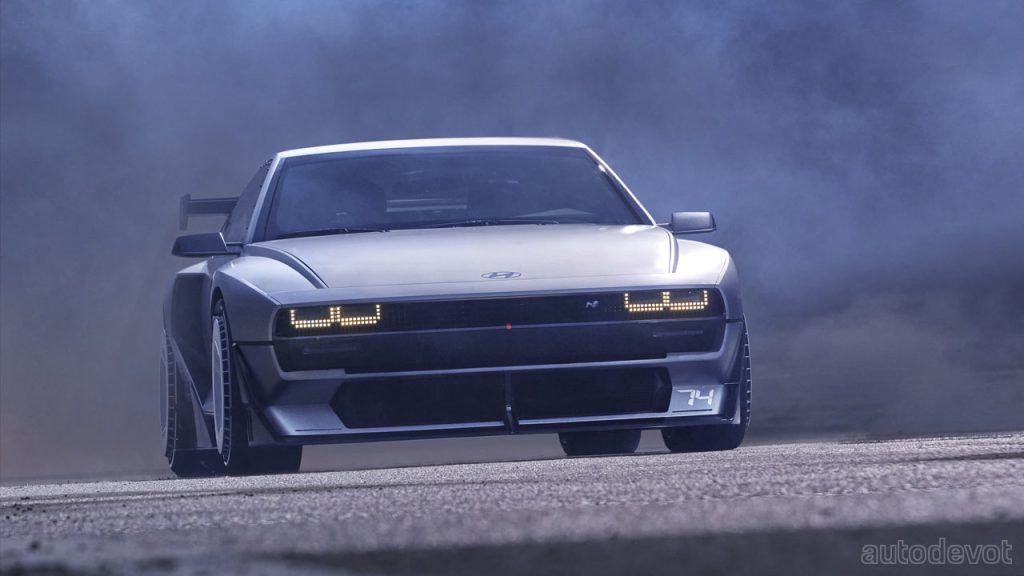 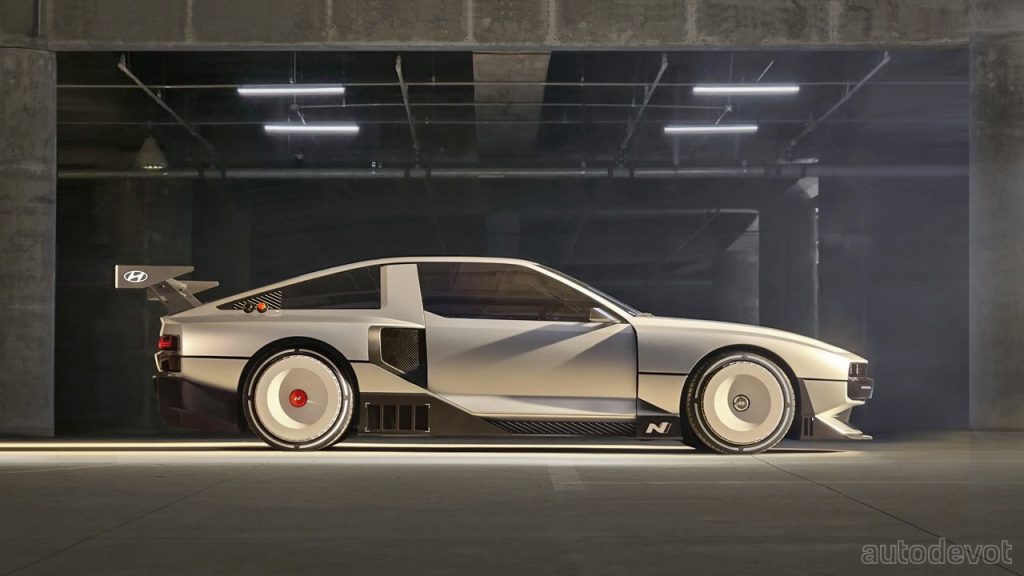 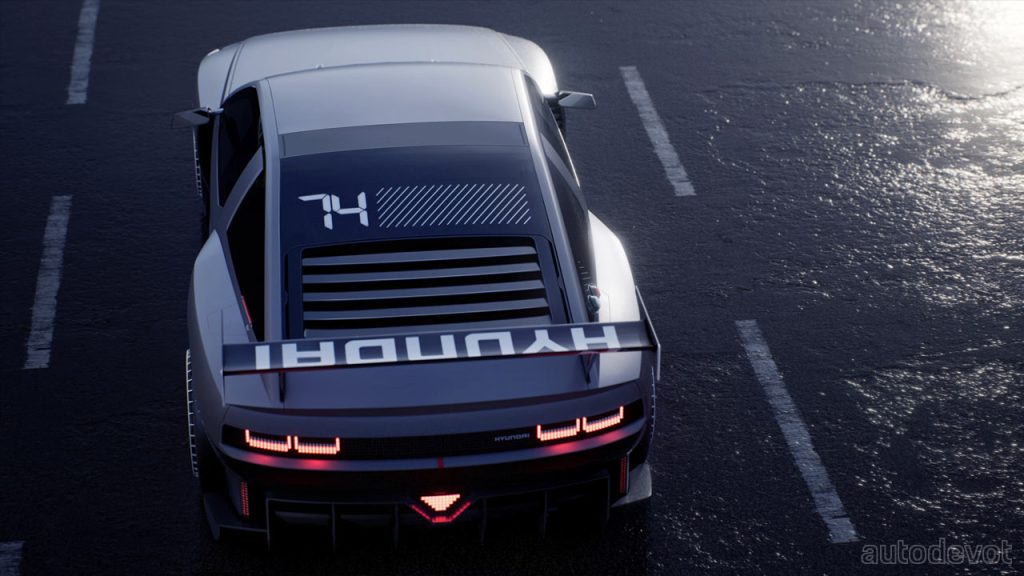 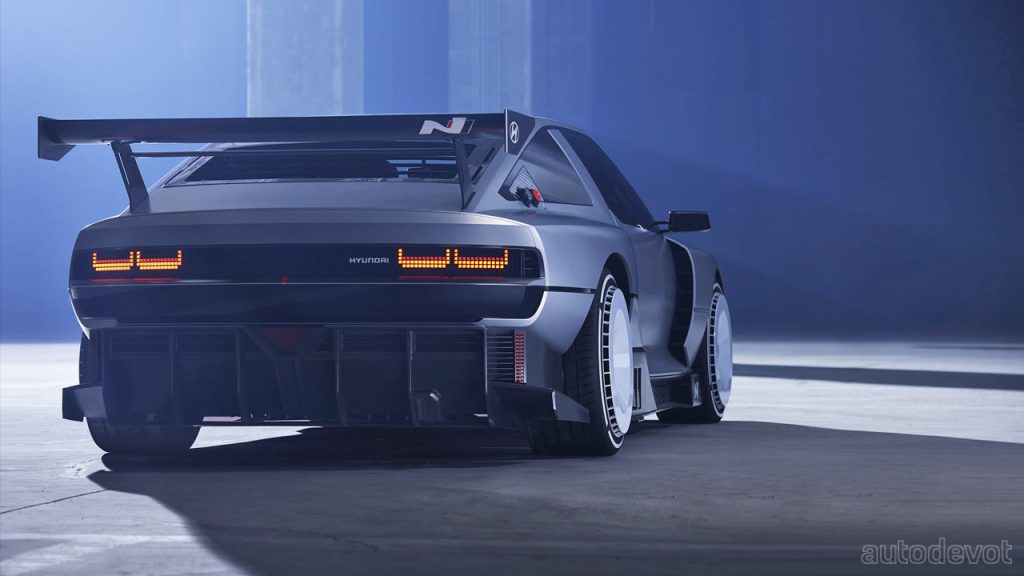 On the internet, everyone is of the opinion that this is how the new DeLorean should’ve looked like, and I think I’ve to agree. But anyway, the original Pony concept was designed by Giorgetto Giugiaro and I think SangYup Lee’s team has done a pretty good job in creating a modern iteration. The designers had to ensure that they integrate sufficient heat management systems into their styling to keep the FCEV components’ temperature in check. This means it’s necessary to have gaps, gapes, intakes and outlets wherever possible.

Hyundai calls the N Vision 74 a hydrogen “fuel cell hybrid model” because there’s a large 62.4 kWh battery pack in addition to a 4.2 kg (9.2 lbs) hydrogen tank and a net 85 kW fuel cell stack. The reason apparently, is to have the best of both worlds: battery-electric and fuel cell system-powered; choose whichever you want depending on the driving conditions. 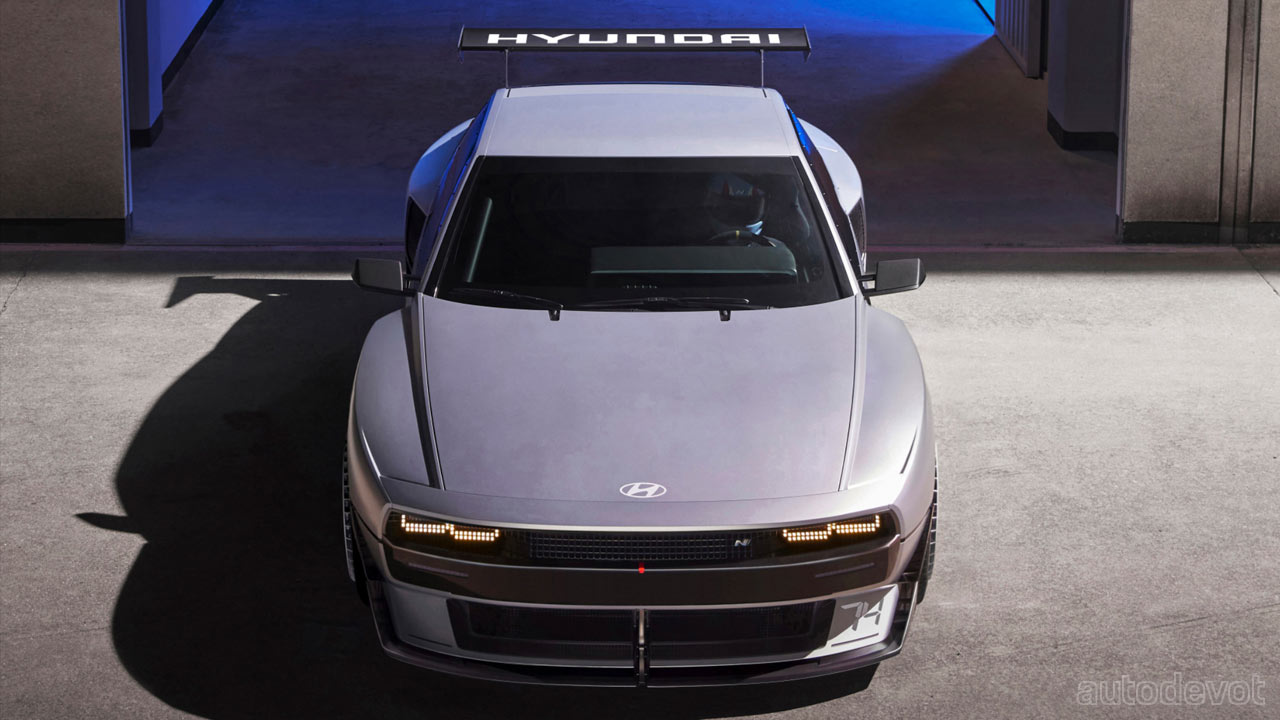 The N Vision 74’s two rear electric motors are estimated to offer more than 500 kW (680 metric hp) peak power and more than 900 Nm (664 lb-ft) of peak torque. The top speed is claimed to be over 250 km/h (155 mph). Driving range is claimed to be over 600 km (373 mi). Although the 800-volt architecture offers sufficient fast-charging, it still can’t beat the hydrogen refueling time of 5 minutes, which I guess is where the “hybrid” advantage really is. 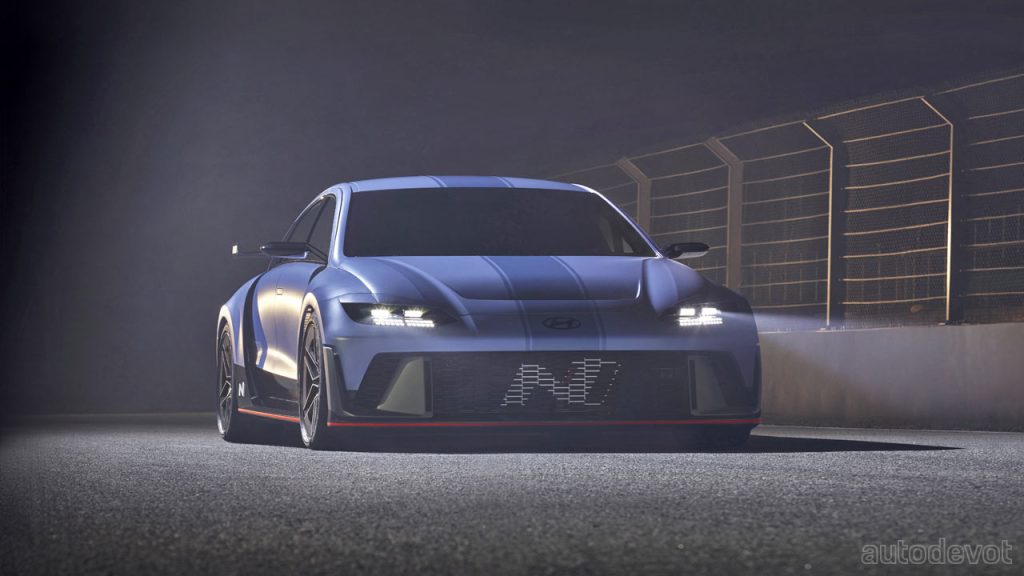 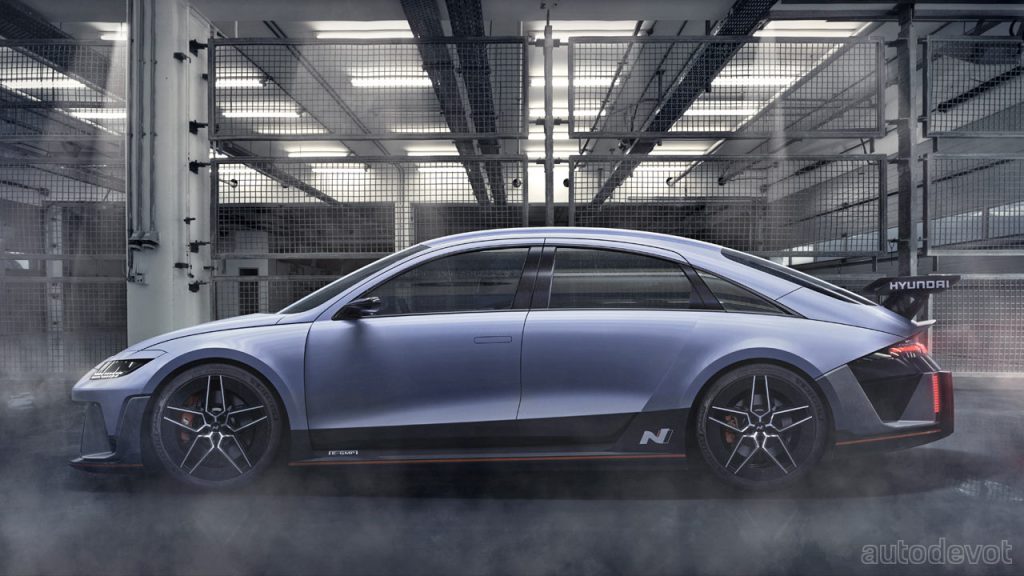 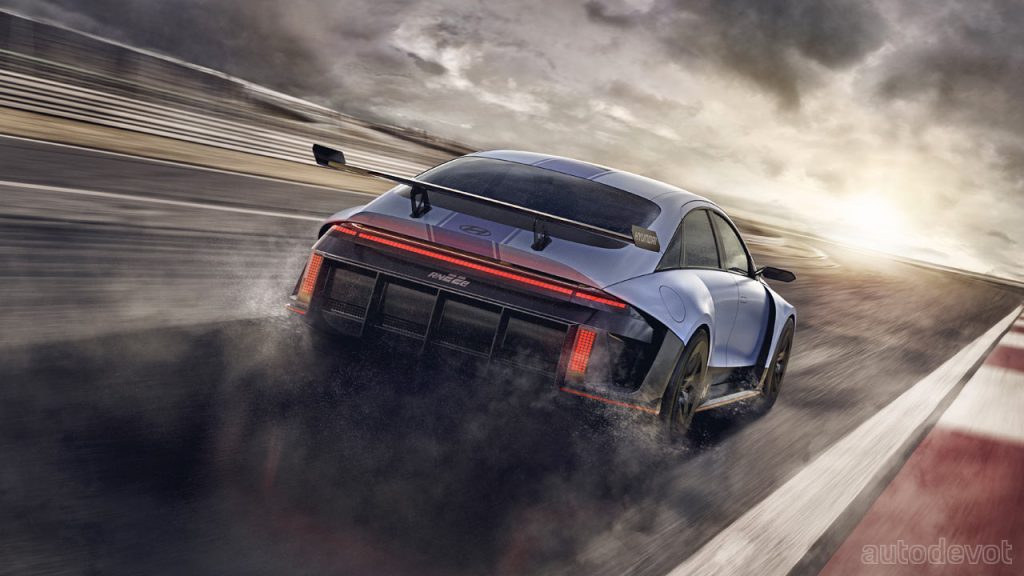 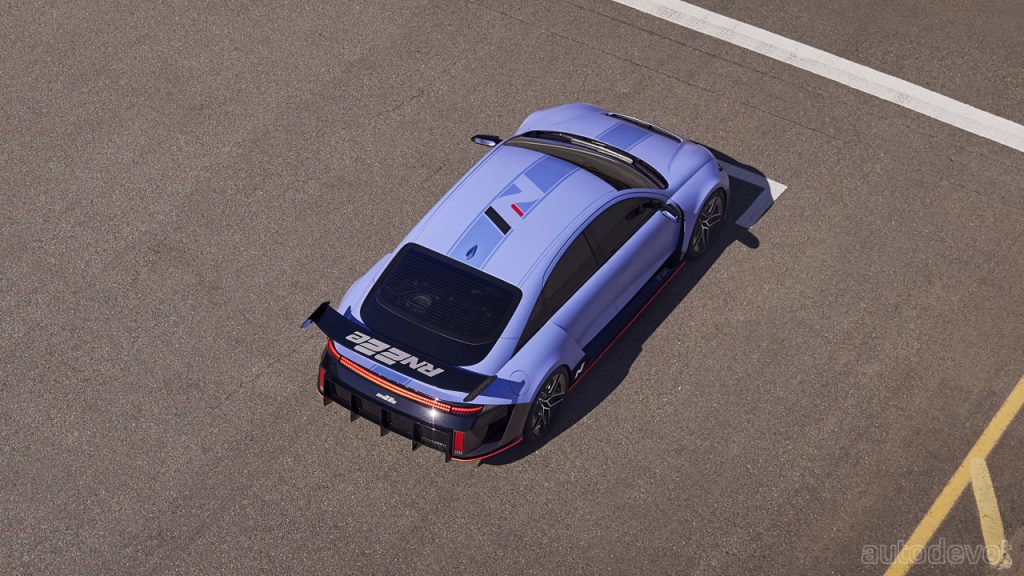 Up next we have the RN22e concept, which is, of course, a high-performance glimpse of the upcoming Ioniq 6-based new N model. It wears the Hyundai N-typical aero and branding elements. The concept boasts torque vectoring by twin-clutch, but since that inevitably adds more weight, Hyundai is gonna compensate with 3D printed parts so that the RN22e will be a “corner rascal” as well. Hyundai didn’t explain how the “torque vectoring by twin-clutch” works here, but remember, the concepts we are seeing here are “rolling lab” concepts, meaning there’s gonna be trial and error and explorations to figure out what works best in the final product. 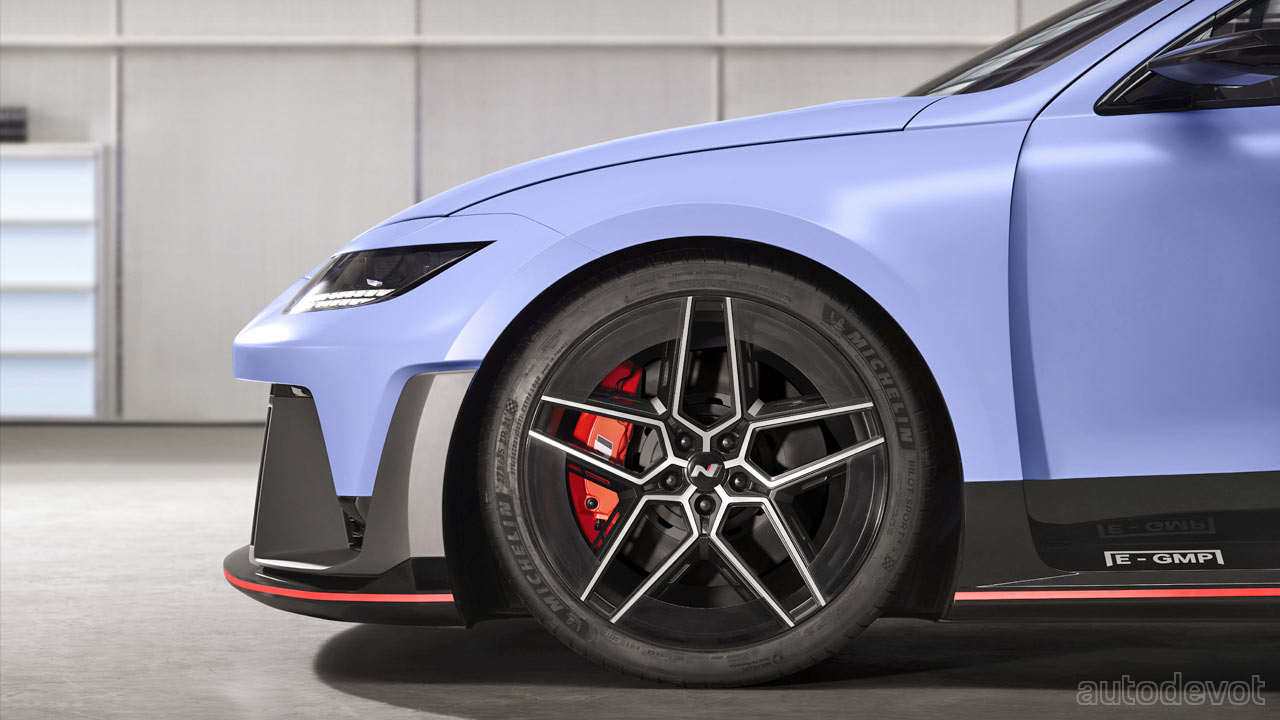 Braking duties are shared by large 400 mm hybrid discs at the front gripped by 4-piston monoblock calipers. Hyundai said that the N division is gonna study how to deliver dynamic movement with regen-braking that precisely controls yaw and corner attack. There’ll also be the N Sound+, you know, the artificial sounds pumped via speakers for a so-called “dynamic driving feel”.