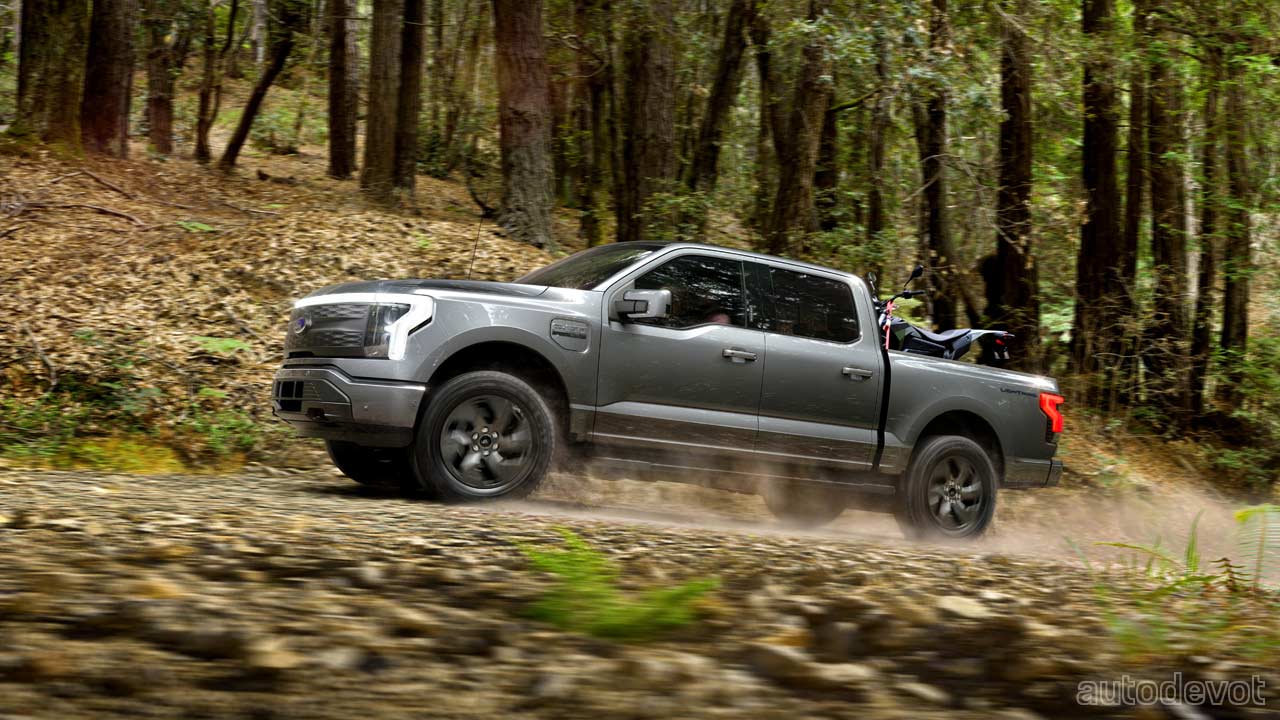 Ford has updated the pricing and EPA-estimated range for the all-electric F-150 Lightning. The MSRP now starts at $46,974 (Lightning Pro) as opposed to $39,974 announced previously. However, Ford will honor the old MSRP for those who have already confirmed their orders. The price increase is “due to significant material cost increases and other factors”.

The MSRP excludes destination/delivery fees, government taxes, and any other charges.

As for the EPA-estimated range updates, the standard range battery pack—available on Pro, XLT and Lariat trims, now boasts 240 miles (386 km), up from 230 miles (370 km) announced previously. But Ford uses the term “targeted” (targeted EPA-estimated range), meaning you’ll have to wait for the actual EPA results. The extended range estimation is 320 miles (515 km) on XLT and Lariat and remains 300 miles (483 km) on the Platinum.