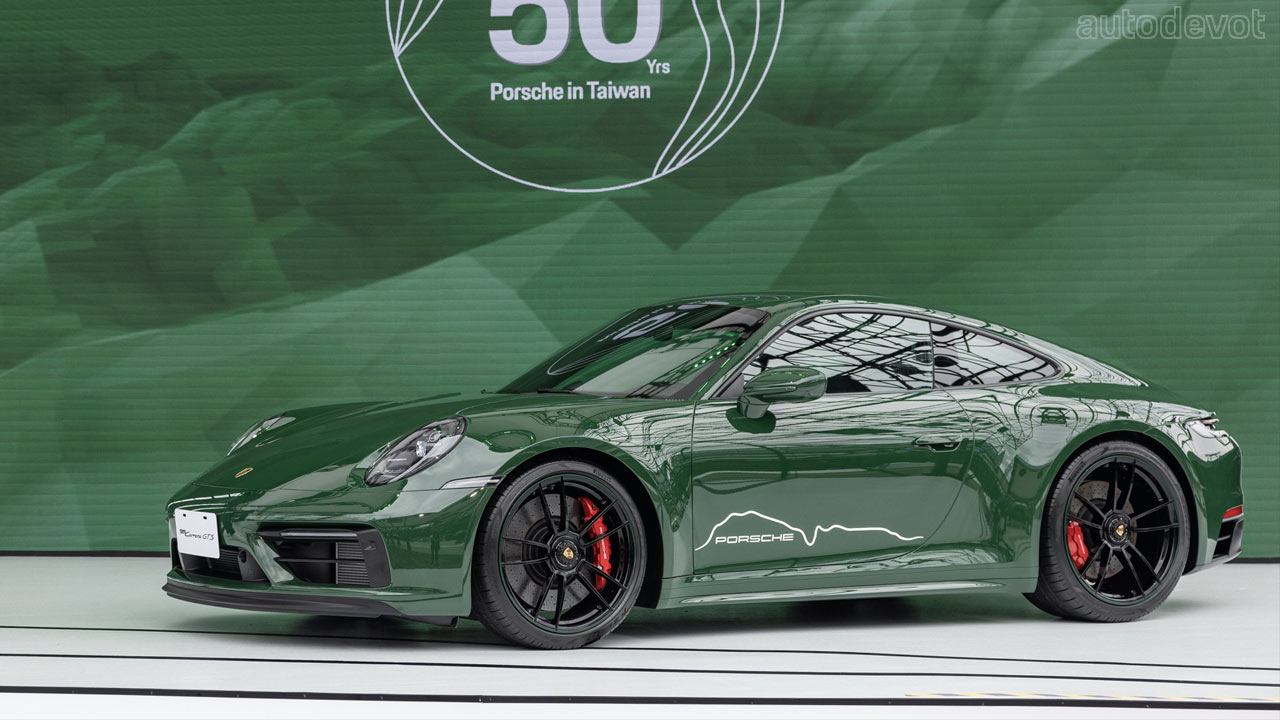 That’s right, the 911 Sally Special is not the only one-off Porsche built this year. The latest model to join that one-off list is the 911 Carrera GTS-50 Year Anniversary One of a Kind. That’s a mouthful indeed, but Porsche is celebrating 50 years of presence in Taiwan. It was back in 1972 that the Tang family introduced the very first Porsche to Taiwan; it was a 911E with a 2.0L flat-six engine coupled with a 5-speed manual gearbox. 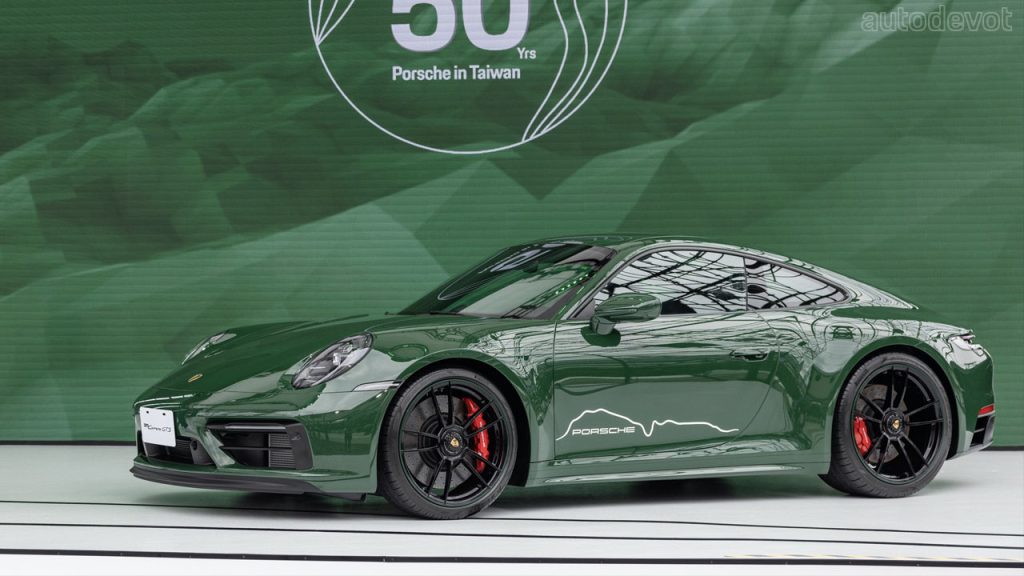 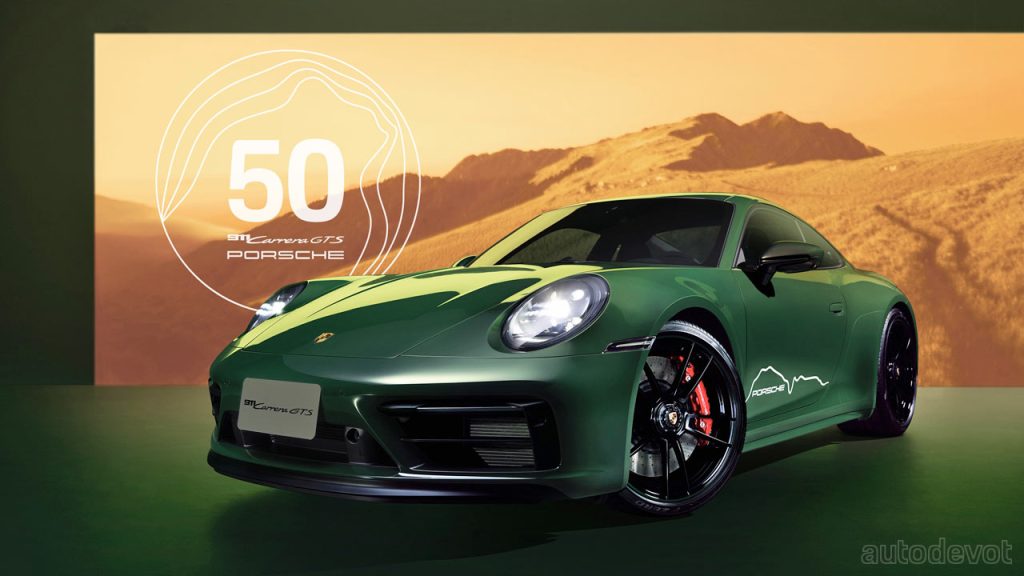 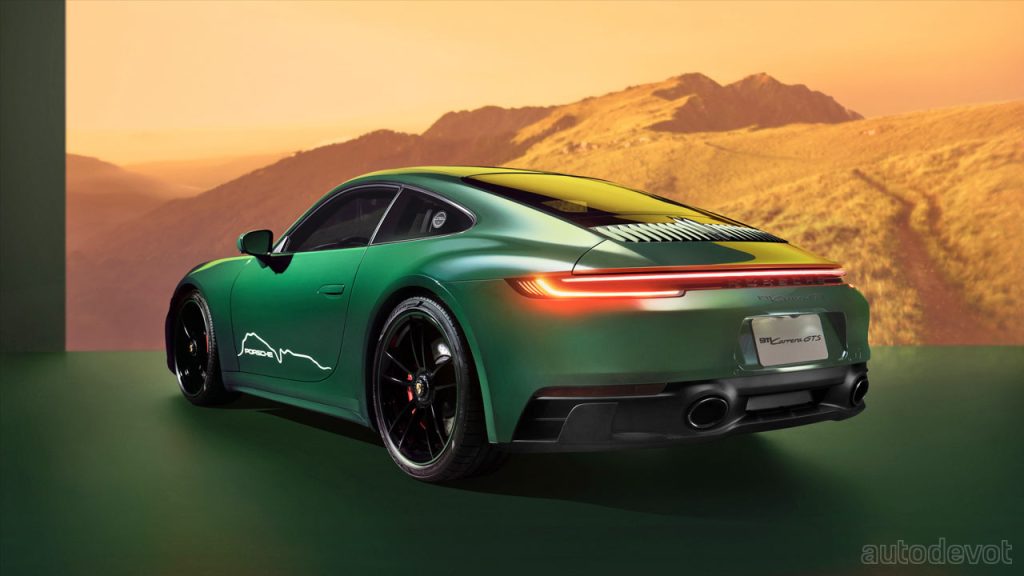 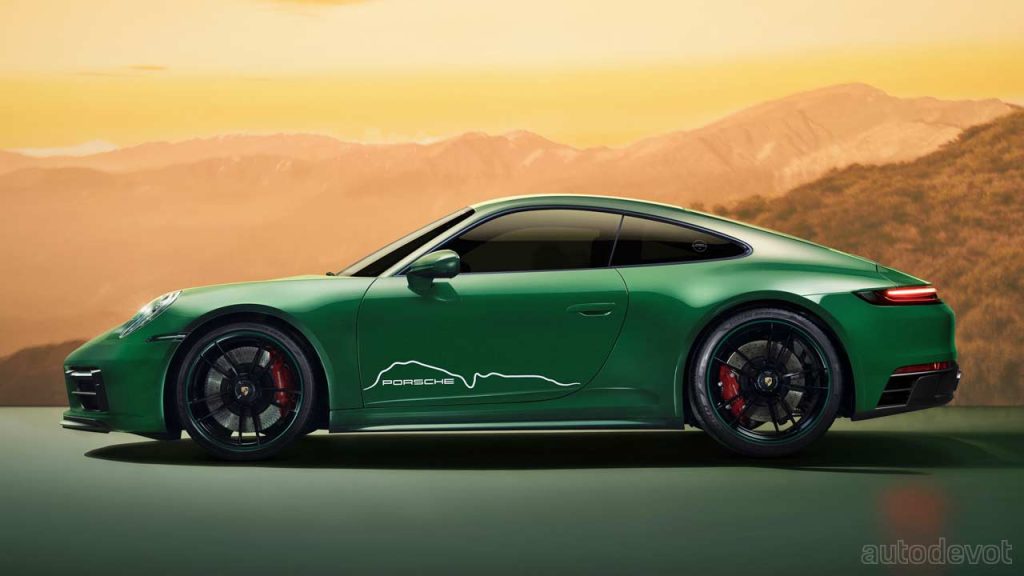 Apparently, the GTS is Porsche’s choice of variant when it comes to making a one-off. But anyway, the special model is painted in Irish Green—which according to Porsche, is a symbolic representation of Taiwan as a subtropical island covered largely in evergreen forests. However, the color is also a homage to the Lizard Green-painted 911E—which was the very first Porsche sold in Taiwan in 1972.

The lower part of the doors features a silhouette of the Taiwanese coastline in matt white. Also, the Turbo S Exclusive Design wheels are painted in black with a pinstripe on the edge in Irish Green, and the badge underneath the taillight strip is in matt black. 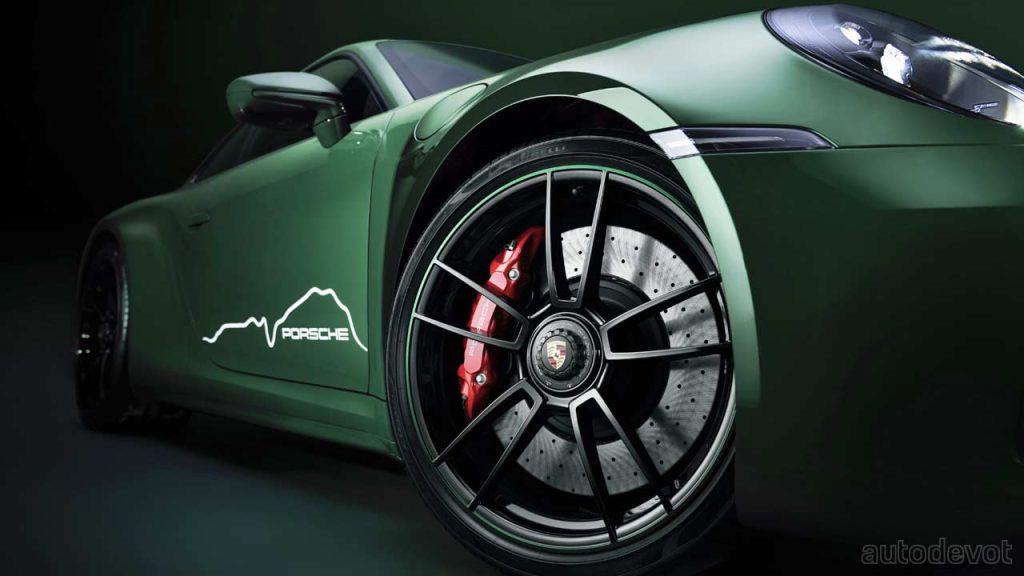 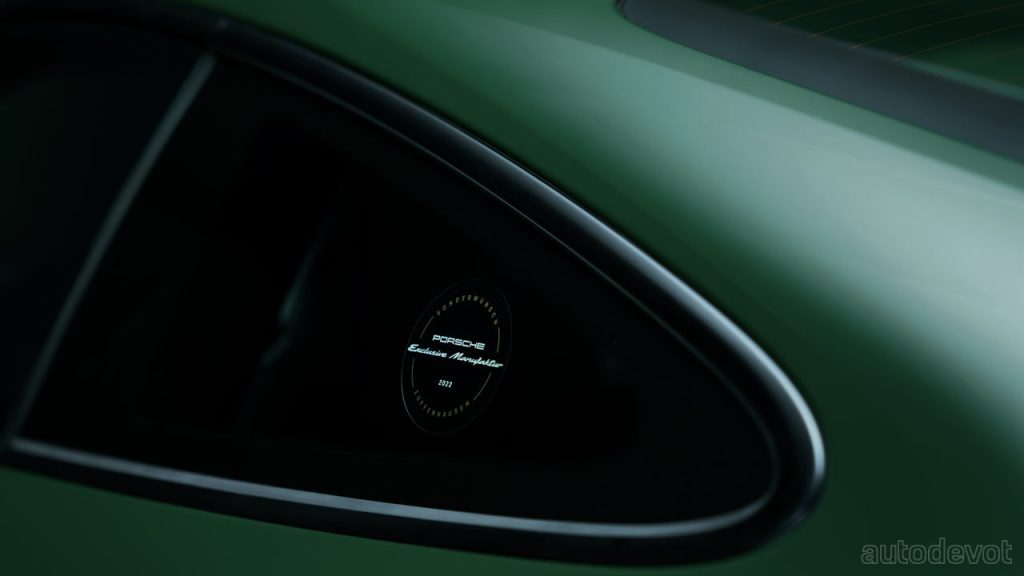 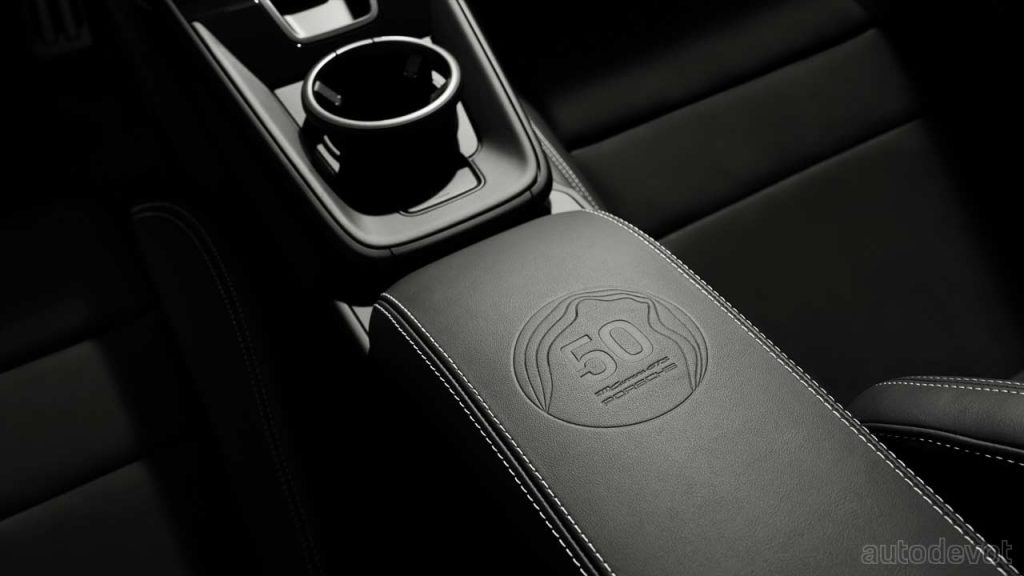 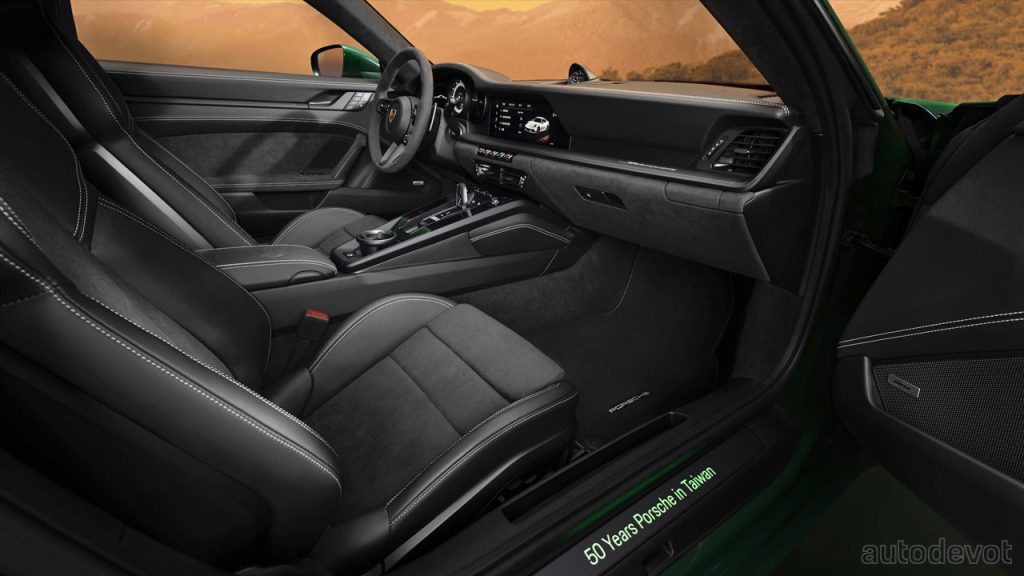 Inside, you get special ’50 Years Porsche in Taiwan’ door sills, a special logo-embossed centre armrest lid, and a special branding on the passenger side of the dashboard.

Porsche said that the one-off will be put up for auction in the coming months, the proceeds of which will be donated to Porsche Taiwan’s “Dream Together” charity.