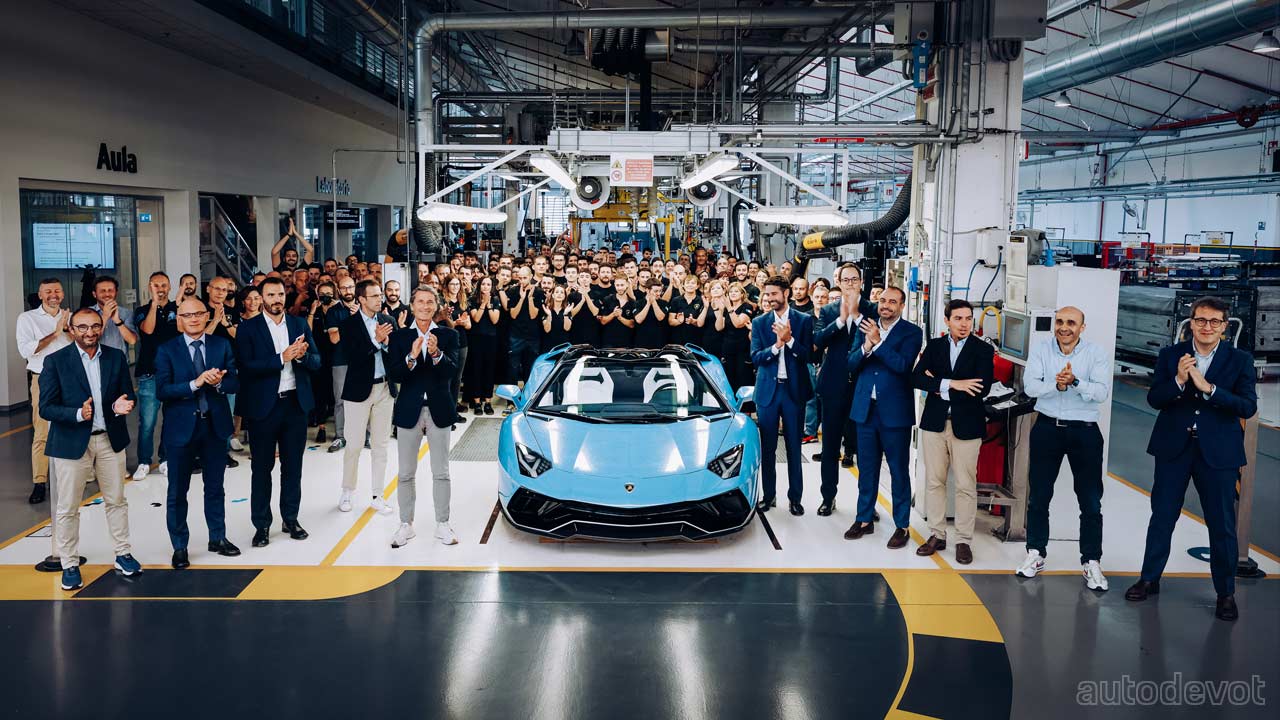 As you might remember, the last Lamborghini Aventador coupe was auctioned off earlier this year for $1.6 million. It was finished in a gradient that transitions from blue to black (Blue Nethuns and Nero Noctis). Now though, it’s time for the roadster version to say goodbye, marking the end of an era, an era that celebrated the searing, naturally aspirated V12. 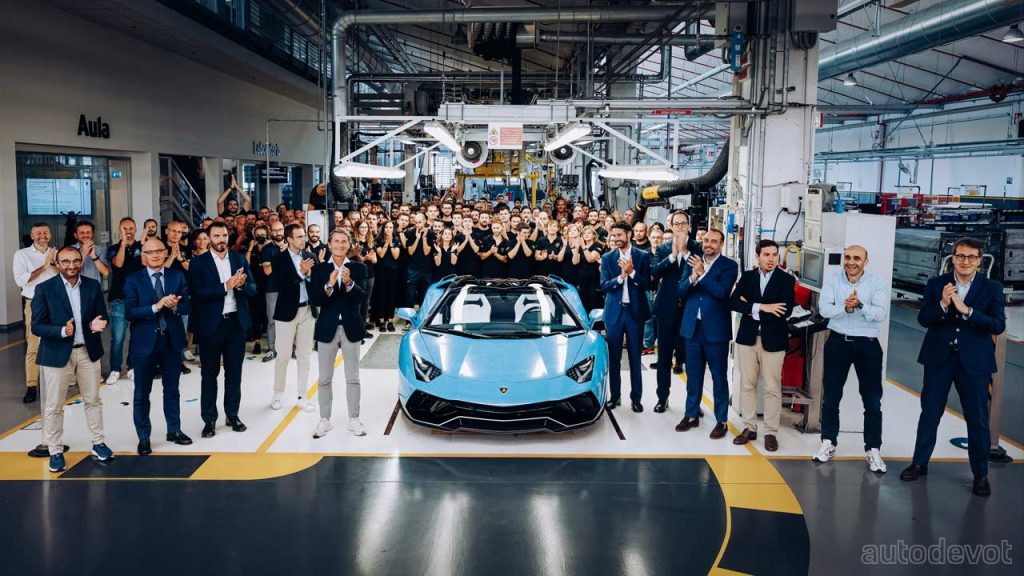 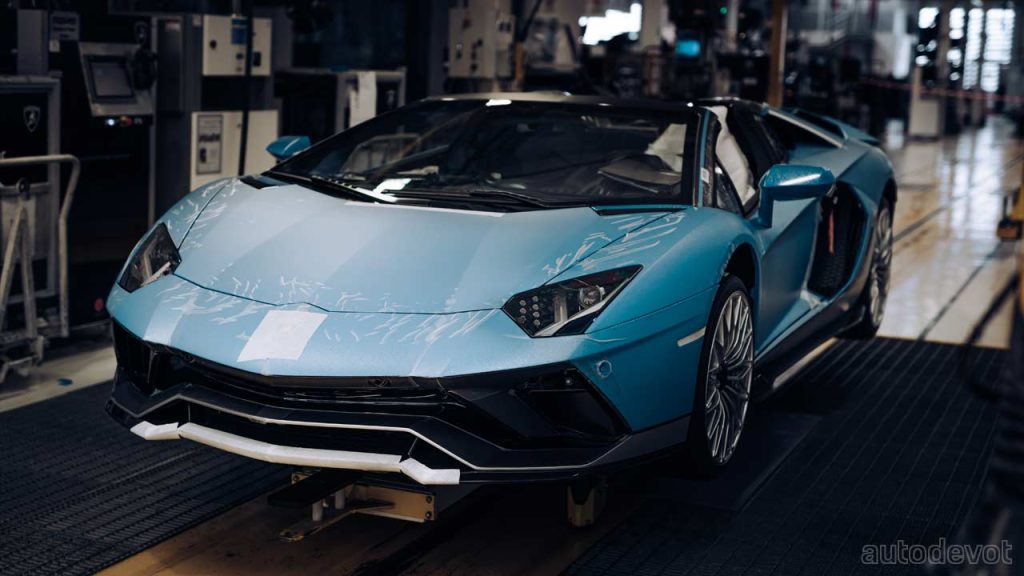 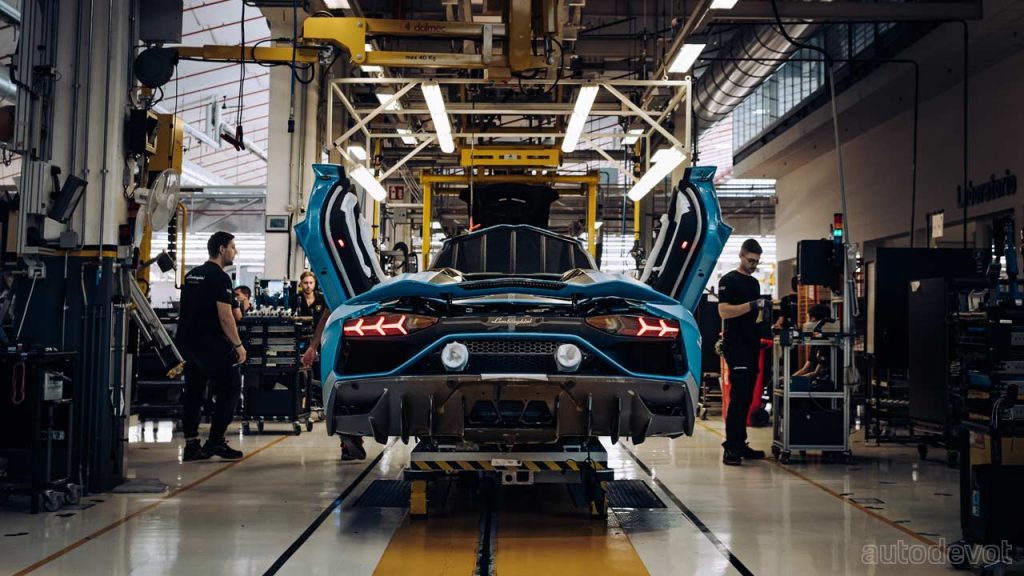 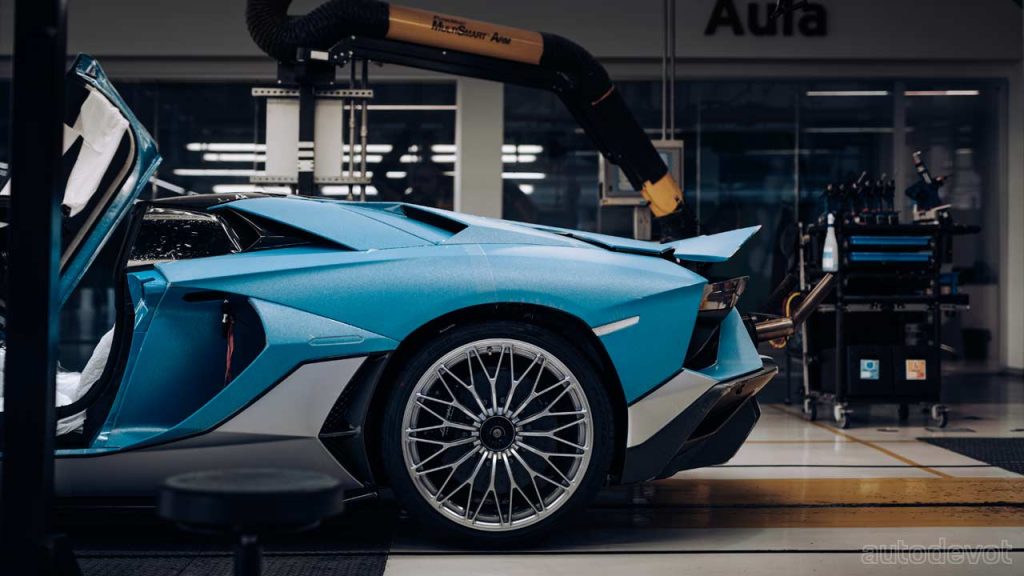 The final Aventador—which is an Aventador LP 780-4 Ultimae Roadster, is finished in a special light blue by the Ad Personam division, and is headed to Switzerland. Not sure if this Roadster is gonna share the garage with the Bugatti La Voiture Noire, because the latter was seen recently in Croatia wearing Swiss plates. Don’t be surprised if both the aforementioned Bugatti and the last Aventador Roadster belong to someone from the Porsche-Piëch family.

But anyway, the Aventador spanned over 10 years, churning out 6 variants plus a bunch of special editions. It also gave birth to more weird cars (or, crazy cars, whichever you prefer) such as Veneno, Centenario, Sián FKP 37, Essenza SCV12, and of course, the controversial Countach LPI 800-4. With over 11,400 cars (excluding the aforementioned derivatives) delivered to customers worldwide, the Aventador outsold its predecessor (Murciélago) by over 2.5 times! 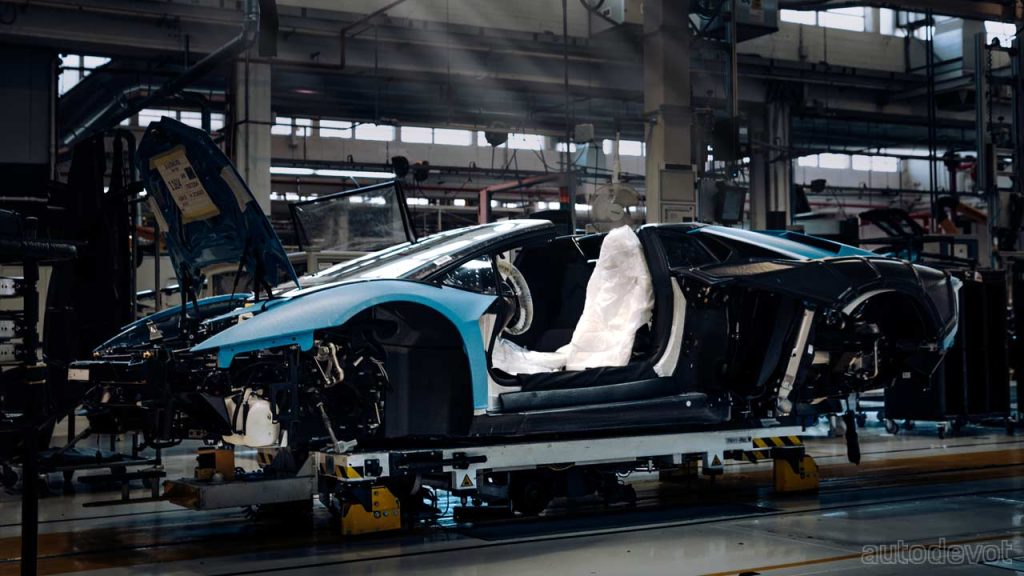 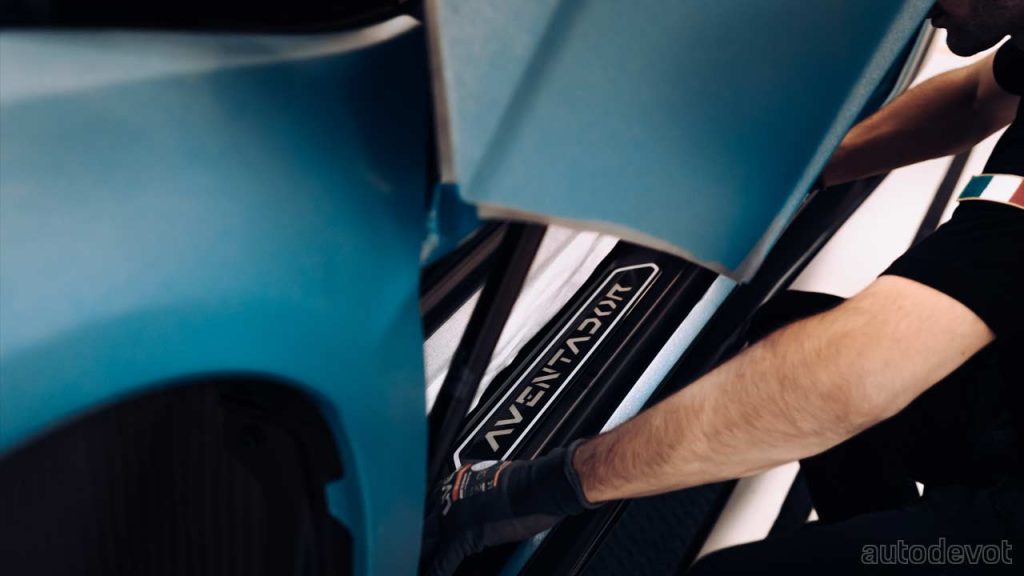 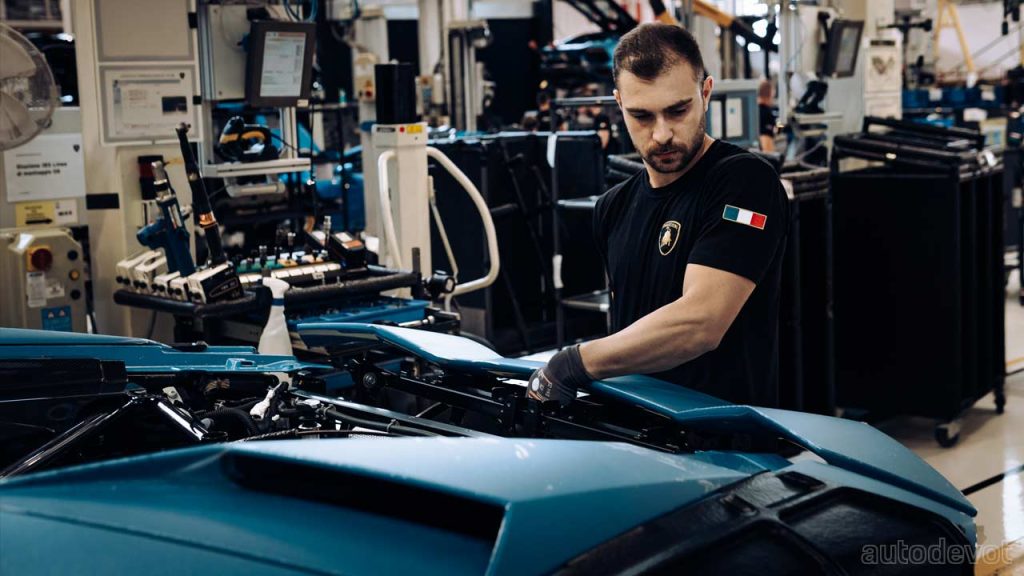 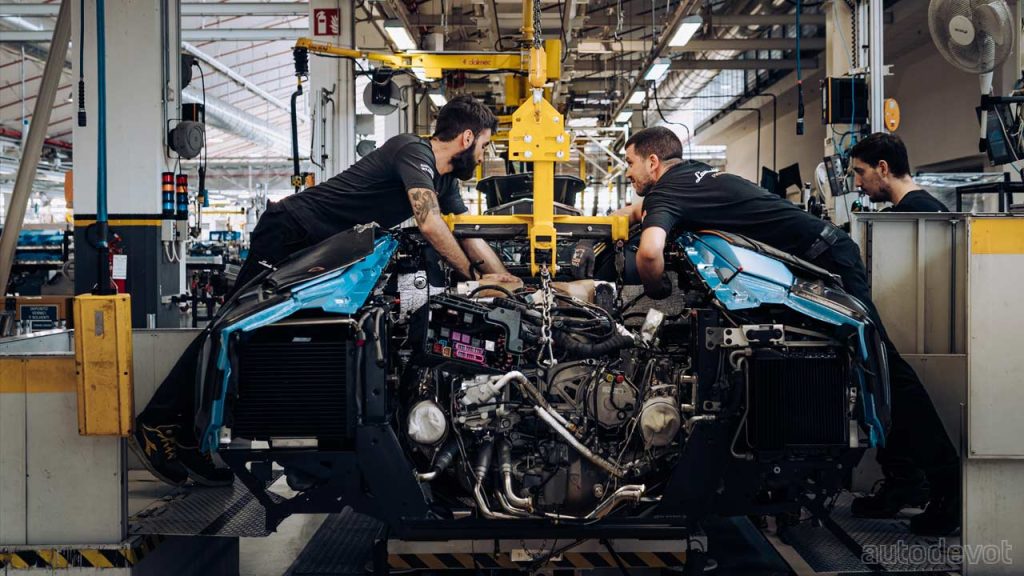 It’s kinda sad to see that naturally aspirated V12 go. But hey, that’s probably how the enthusiasts felt when internal combustion engines sent steam-engined cars to history books. But anyway, if I’m not wrong, the Aventador successor is not too far away from a public debut. It is expected to have a plug-in hybrid powertrain in combination with a V12. But again, it’s unclear at the moment if that V12 will be naturally aspirated or turbocharged in some way.