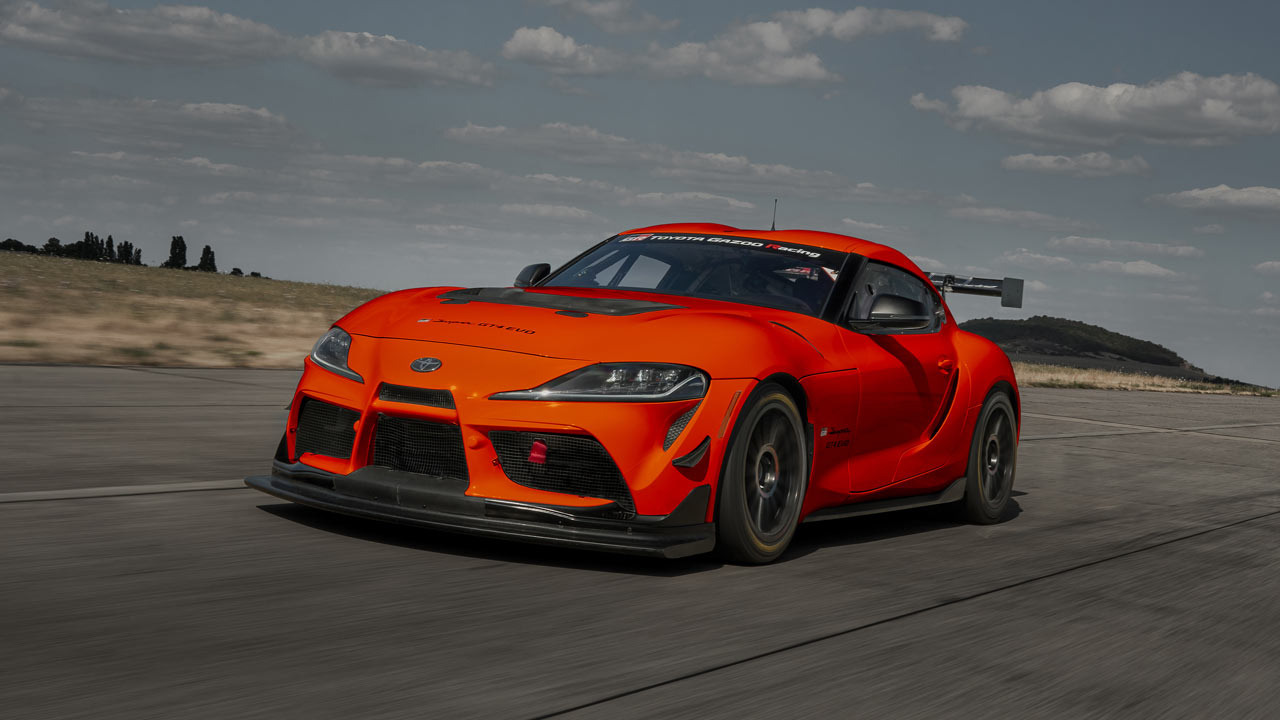 The Toyota GR Supra GT4 has been promoted to GR Supra GT4 EVO for the 2023 season, with the ready-to-race model carrying a price tag of €186,000 (US$ 185,357 or INR 1.52 crore). An upgrade kit will also be available for existing GR Supra GT4 owners. The GR Supra GT4 EVO will make its racing debut in January 2023 at the 24 Hours of Daytona, the first round of the IMSA Michelin Pilot Challenge season. 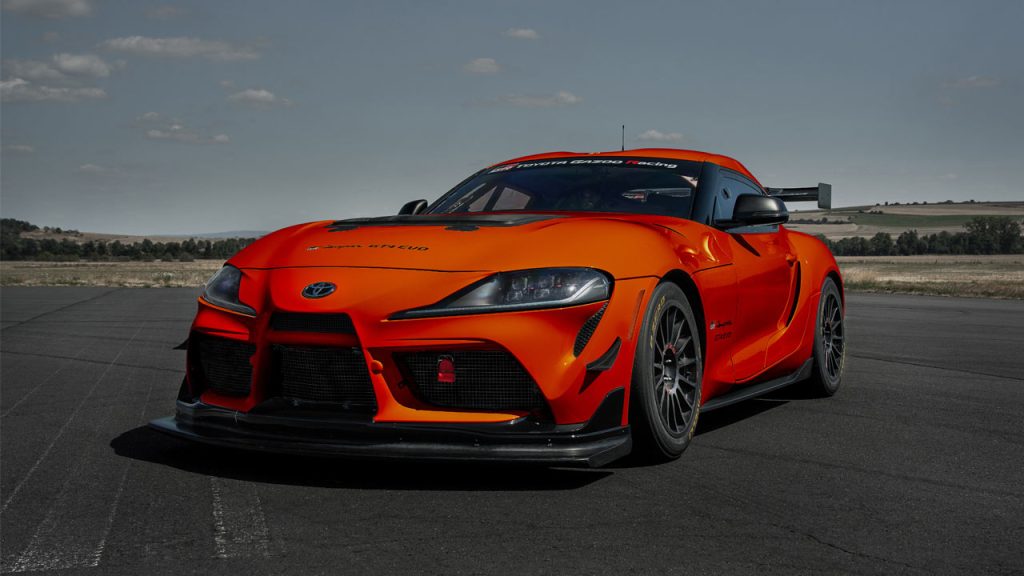 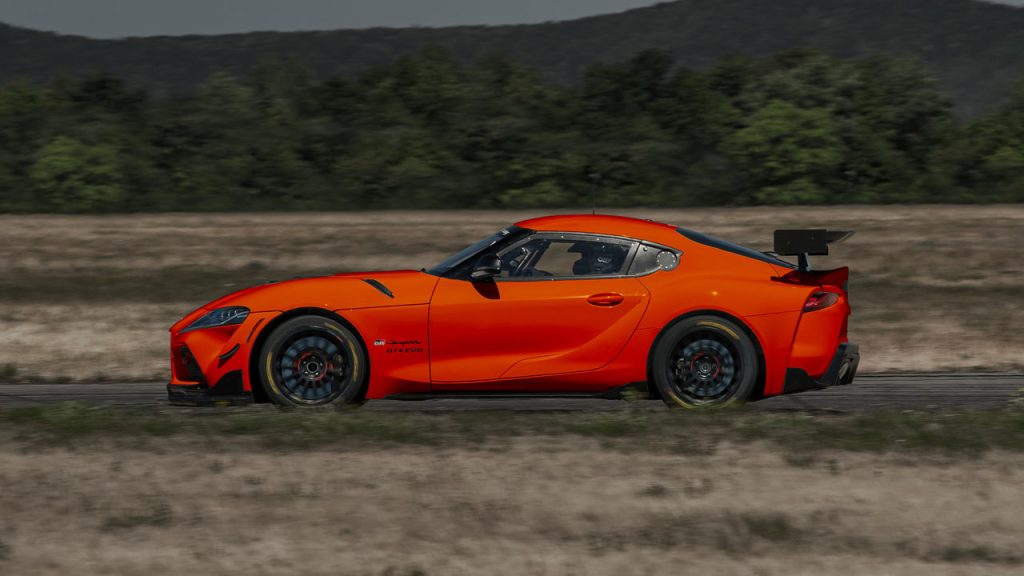 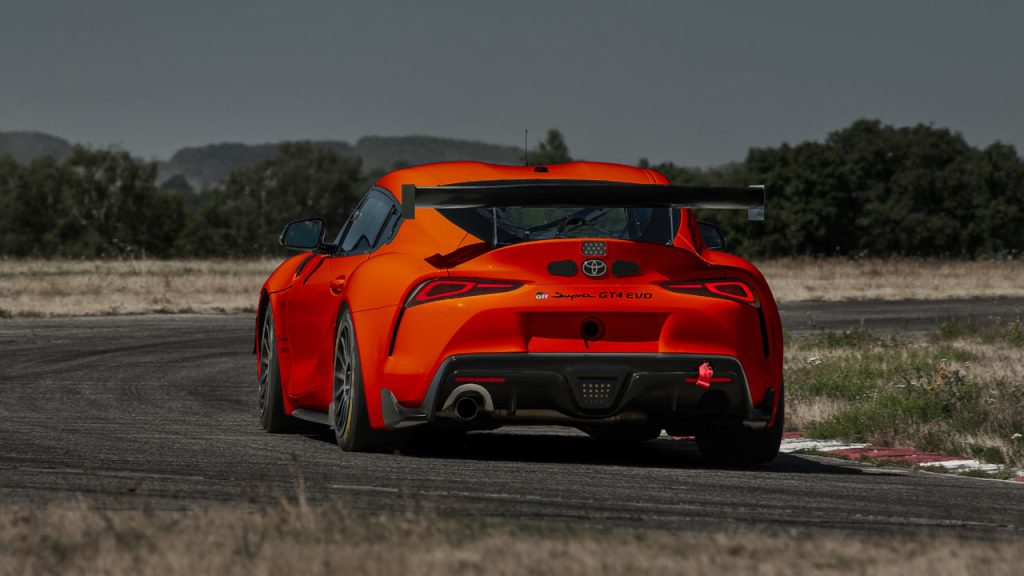 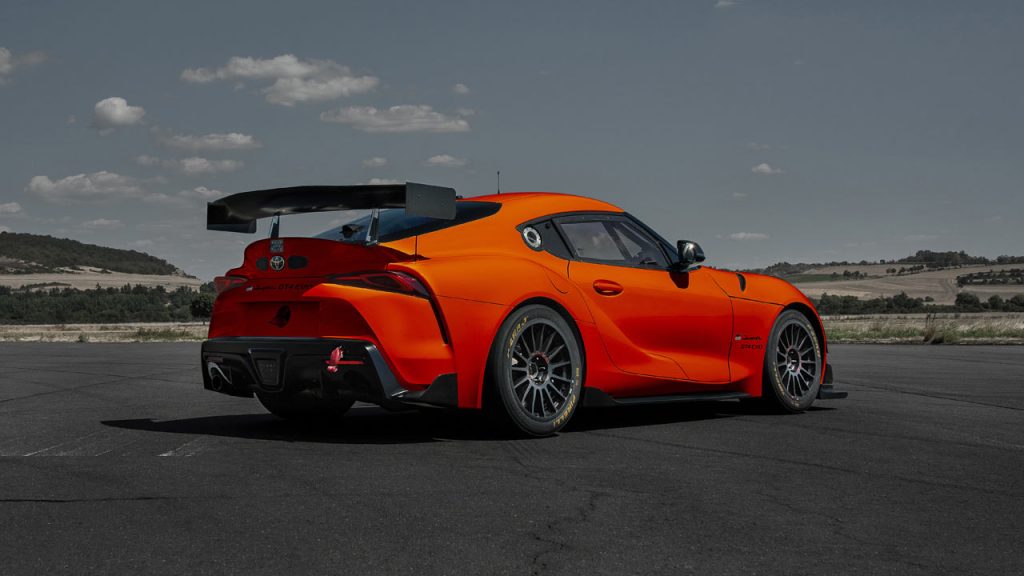 The bodykit looks a bit more aggressive this time around, thanks to a revised front fascia with canards/flics on the bumper edges, and another rectangular opening at the edge of the nose. Not a whole lot has changed elsewhere, but you get a new set of 18-inch multi-spoke OZ wheels—wrapped with the same Pirelli PZero 305/660-18 slicks as before. The steel rotors are gonna be the same as well, measuring 390 mm at the front and 355 mm at the rear, gripped by Brembo 6-piston and 4-piston racing calipers, respectively.

However, Toyota claims that the new car features an improved brake system design, the latest KW adjustable racing dampers, and improved anti-roll bars, which are all claimed to deliver improved handling and higher cornering speeds.

As for the juicy bits, the 3.0-litre (2,998 cc) in-line 6-cylinder turbocharged petrol engine can now deliver up to 660 Nm (487 lb-ft) depending on Balance of Performance. The engine is coupled with a 7-speed ZF automatic transmission with paddle shifters. Drexler motorsport-spec limited-slip differential and Akrapovic racing exhaust system with catalytic converter are part of the package