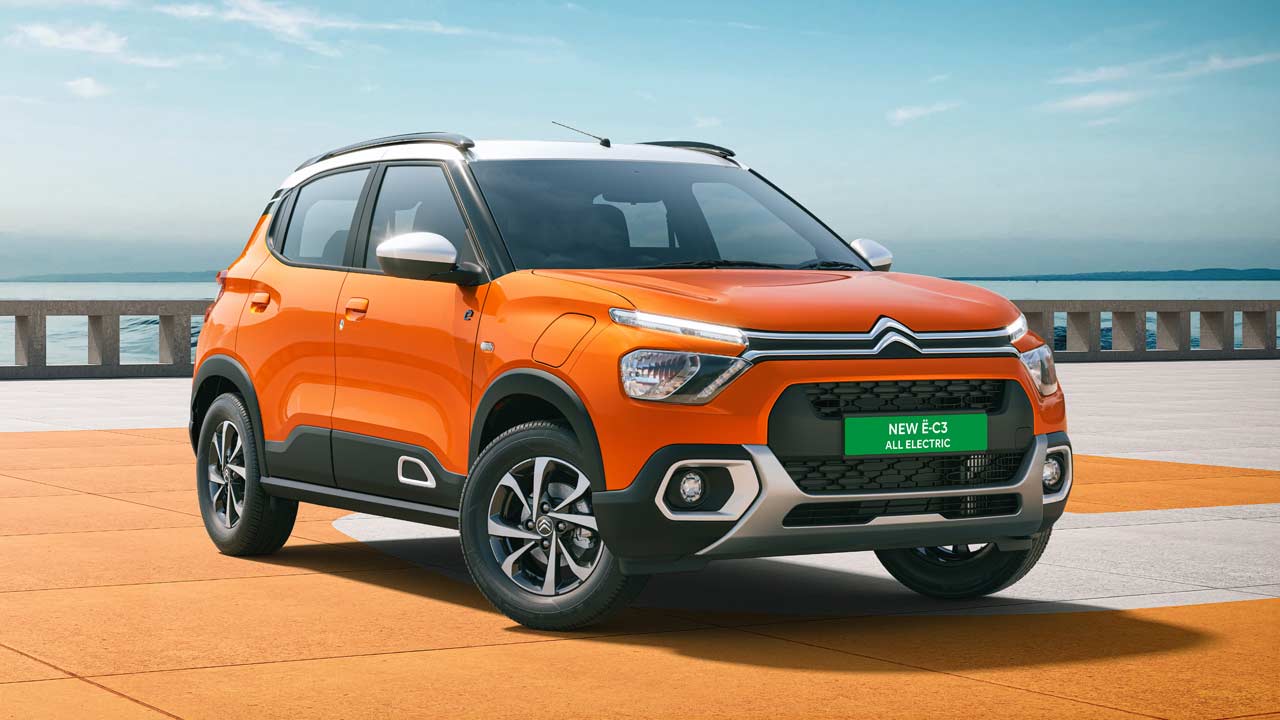 Let’s say you’re very much interested in the Citroën C3 hatchback (CC21) but you wish that it was all-electric. Well, guess what? You don’t need to buy the petrol version and get it converted. Citroën has decided to do that for you—right at its factory in South India, and it’s called the Citroën eC3. Prices are yet to be announced but the bookings will commence on Jan 22, 2023.

Visually, the eC3 doesn’t look any different compared with its ICE-powered sibling except for a charging port on the front right fender. Why do we still have a traditional fuel door? Well, as mentioned, it is an official, low-budget EV conversion right off the factory floor. But anyway, you get 4 monotone and 9 dual-tone (including 3 new) paint options. Plus, you also get to choose from 3 customization packs.

Inside, on the centre console, the gear shifter is replaced with a small toggle for selecting R N D. An Eco mode button is positioned right next to this toggle. The rest of the features and creature comforts have been carried over from the ICE-powered model, including a 10.2-inch touchscreen with wireless Apple CarPlay & Android Auto connectivity. 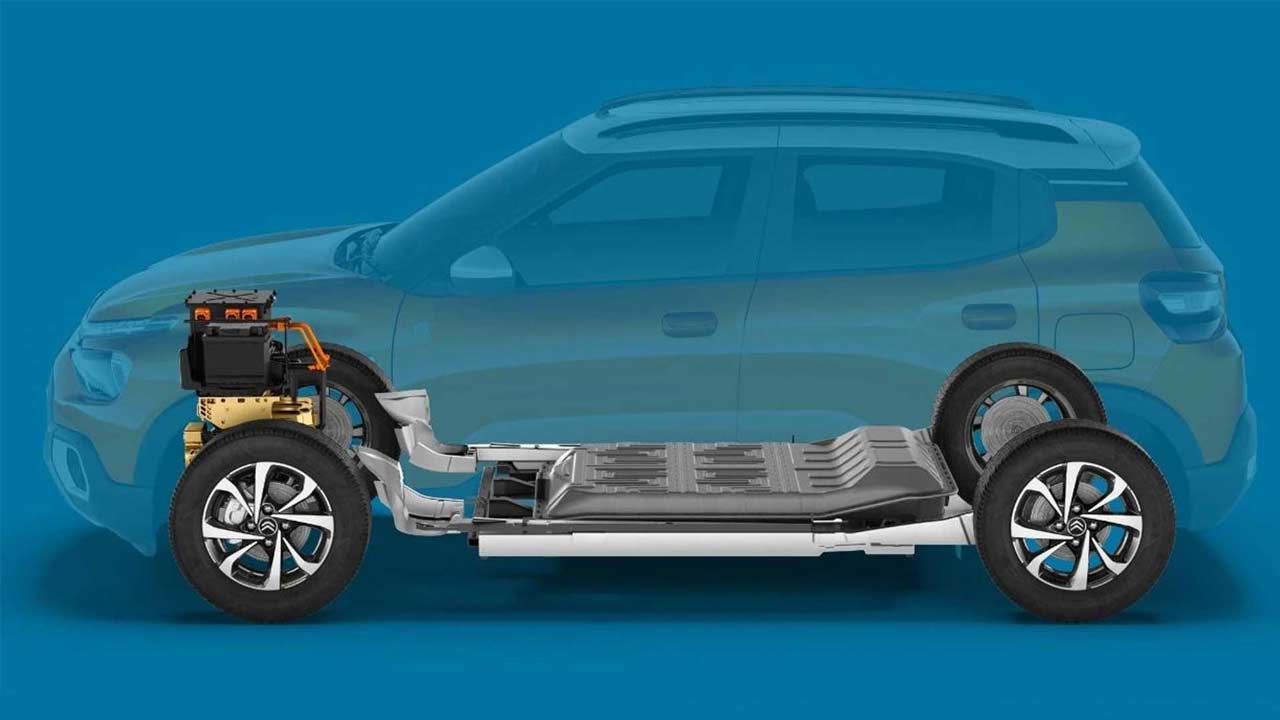 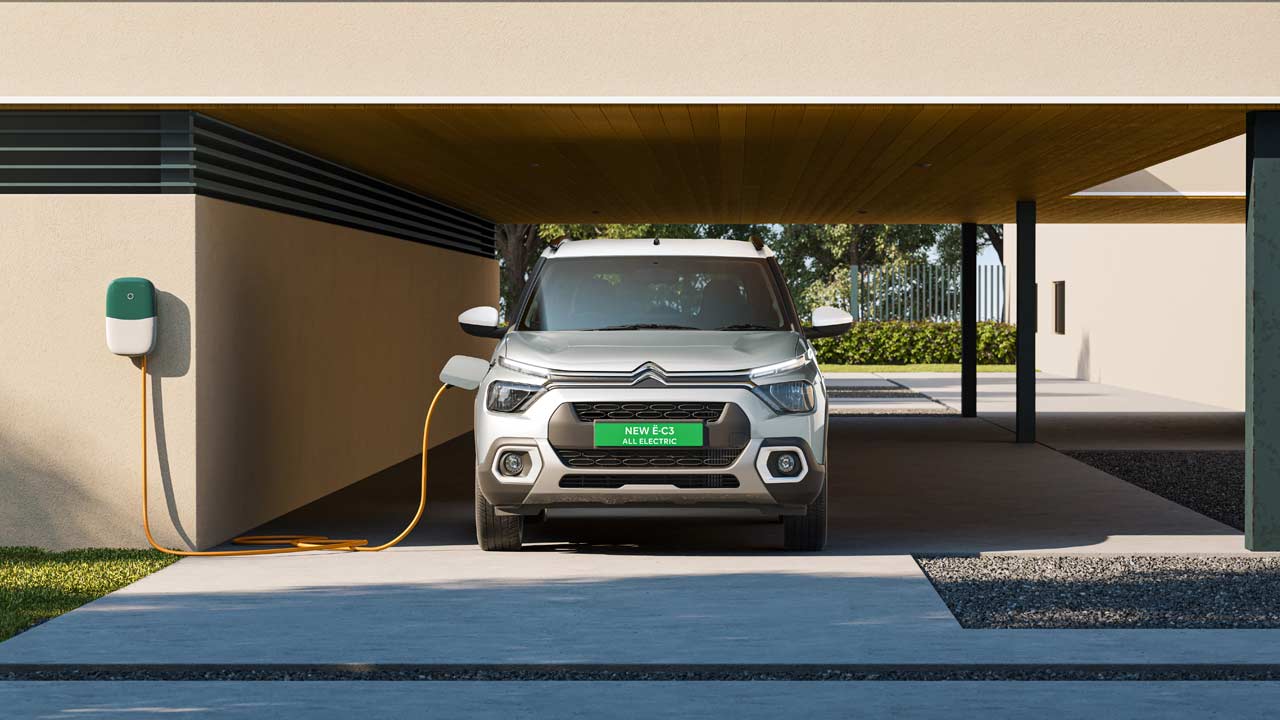 A 29.2 kWh battery pack (Lithium Iron Phosphate) is claimed to offer a range of up to 320 km (199 mi) as per MIDC standards. The battery pack is apparently naturally cooled. Citroën claims that the battery pack has been tested in temperatures ranging between -10 to +55 degrees, and the pack is nail penetration resistant. But I’m not entirely sure how this “natural cooling” is gonna affect the range.