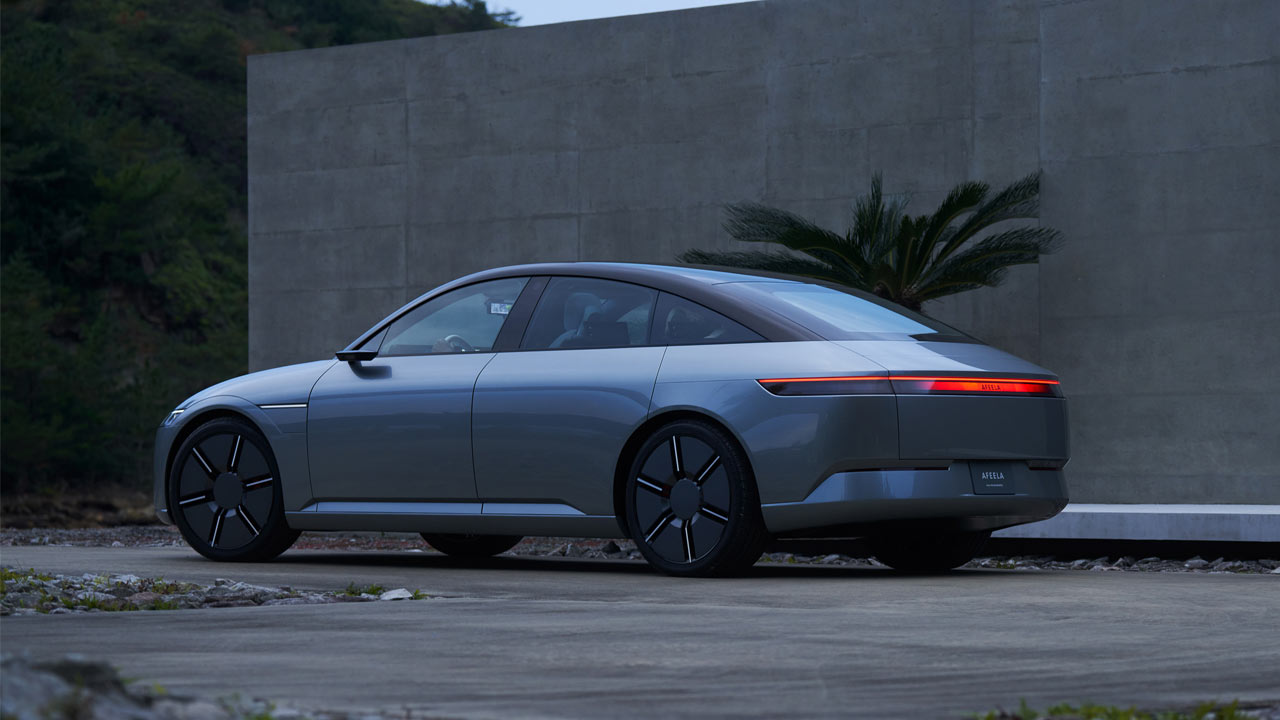 Tell me what you feel in the comments down below.

At CES 2020, Sony surprised the world by showcasing the stunning Vision-S electric sedan (concept)—which generated an enormous amount of public interest while the company kept denying that it has any intentions of actually selling automobiles. But two years later, at CES 2022, Sony showcased the Vision-S 02 SUV—which left the public continue scratching their heads. The haze started to clear in March 2022 when Sony and Honda announced that they are forming a new JV company with intentions to jointly develop and sell battery electric vehicles. Well, the JV company is now called Sony Honda Mobility Inc. (SHM), and the ‘Afeela’ is not the name of the car but the sub-brand under the JV. 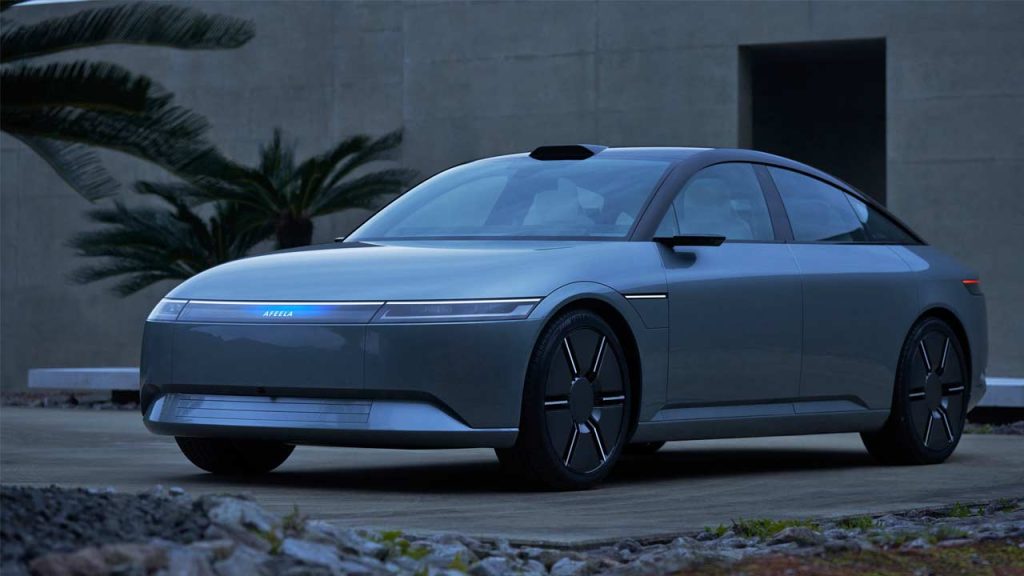 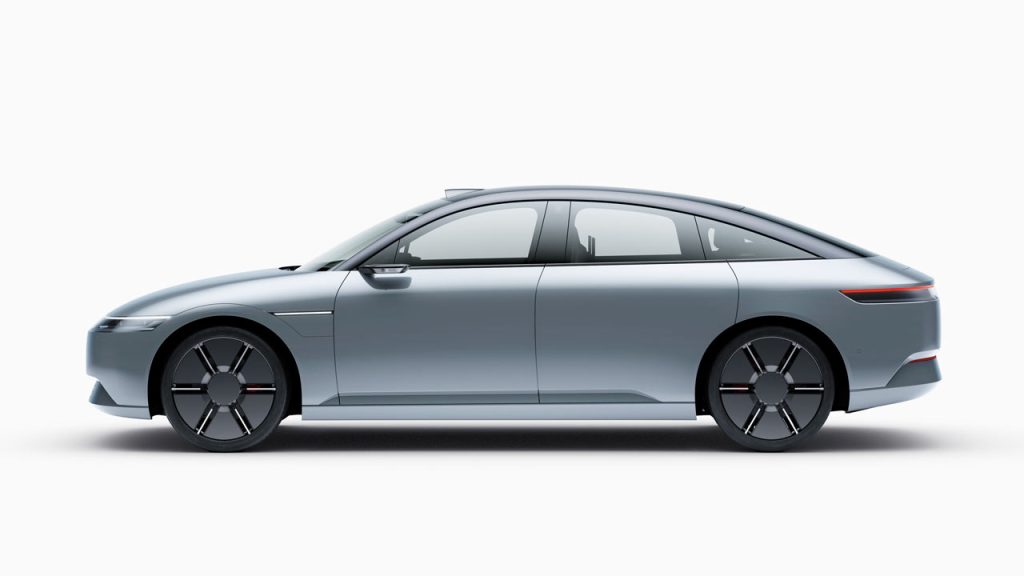 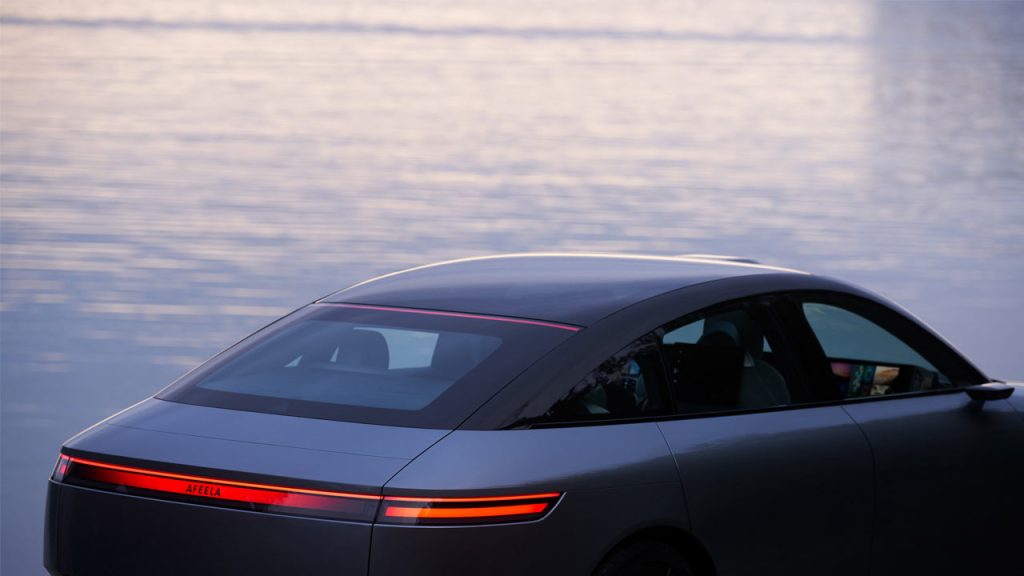 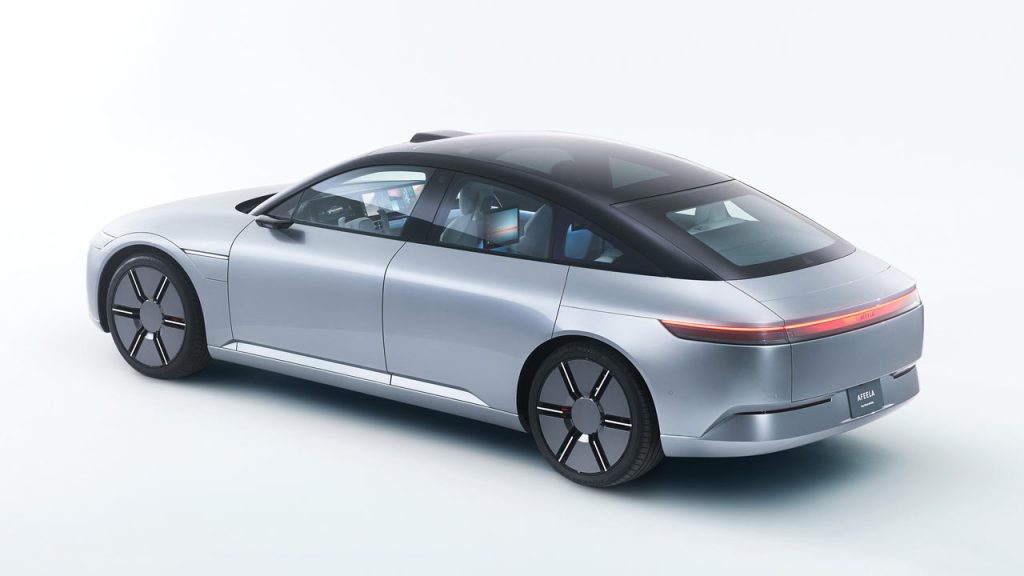 I’m not entirely sure if this contraption is supposed to be a fastback sedan or a coupe-SUV, but it currently has no name. It is simply referred to as the Afeela prototype. SHM plans to commence taking pre-orders in the first half of 2025, sales by the end of 2025, and delivery from spring in 2026 in North America.

I know looks are subjective but I think the Vision-S looked stunning as opposed to the meh/typical/generic looks of this Afeela prototype. I don’t understand what the problem was in converting the Vision-S itself into a production vehicle instead of using this boring design.

But anyway, the front of the vehicle features a so-called Media Bar that displays various bits of information including weather and charging status. As for dimensions, the Afeela prototype measures 4,895 mm long, 1,900 mm wide (excluding mirror cameras) and 1,460 mm tall, with a wheelbase of 3,000 mm. The car rides on 21-inch wheels. 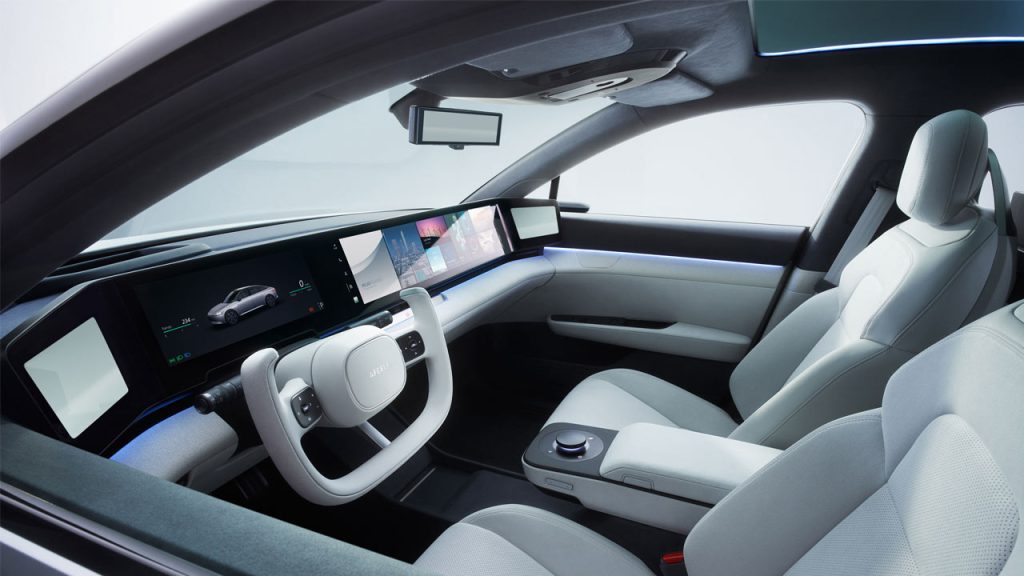 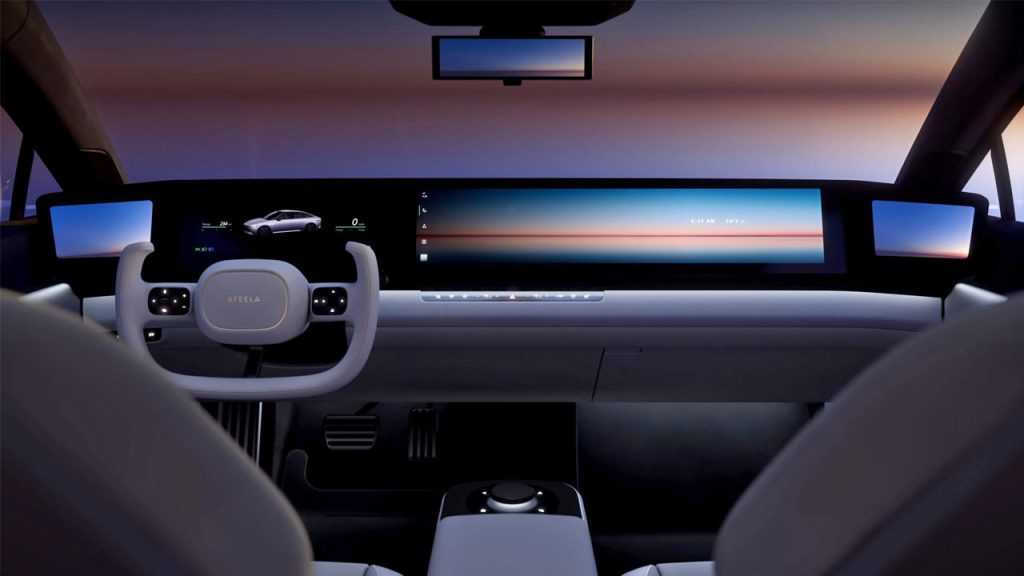 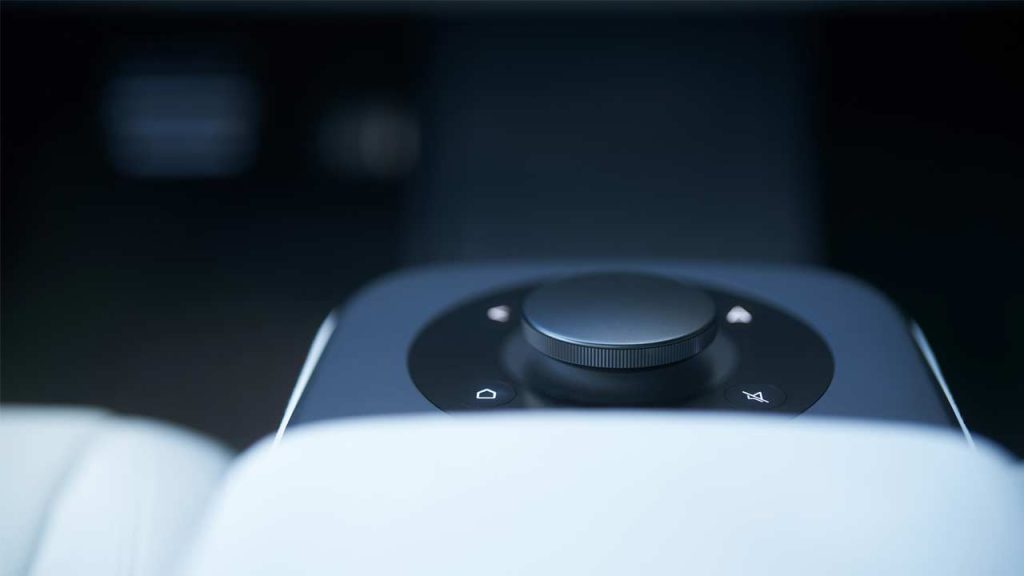 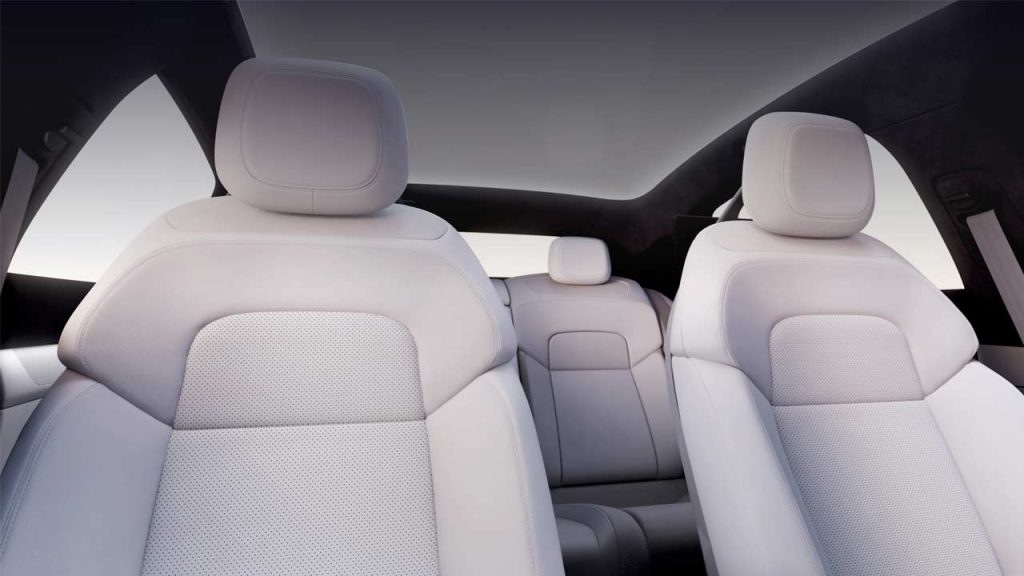 On the inside, the dashboard is dominated by digital displays—as was the case with the Vision-S sedan. Interestingly, the Honda e electric hatch also has digital displays all over the dashboard. SHM has partnered with Epic Games (Sony owns a small stake) to figure out how entertainment can be incorporated into the vehicle; in other words, to figure out how to make the best use of all these displays. The prototype is equipped with a total of 45 cameras and sensors (including inside and outside), which all should help achieve a Level 3 automated driving capability. Technology partners include Qualcomm.

Sony didn’t share a ton of info on this Afeela prototype but simply said that the vehicle is gonna pack an an-wheel-drive powertrain. But in the meantime, let me know in the comments what you feel about the Afeela car.