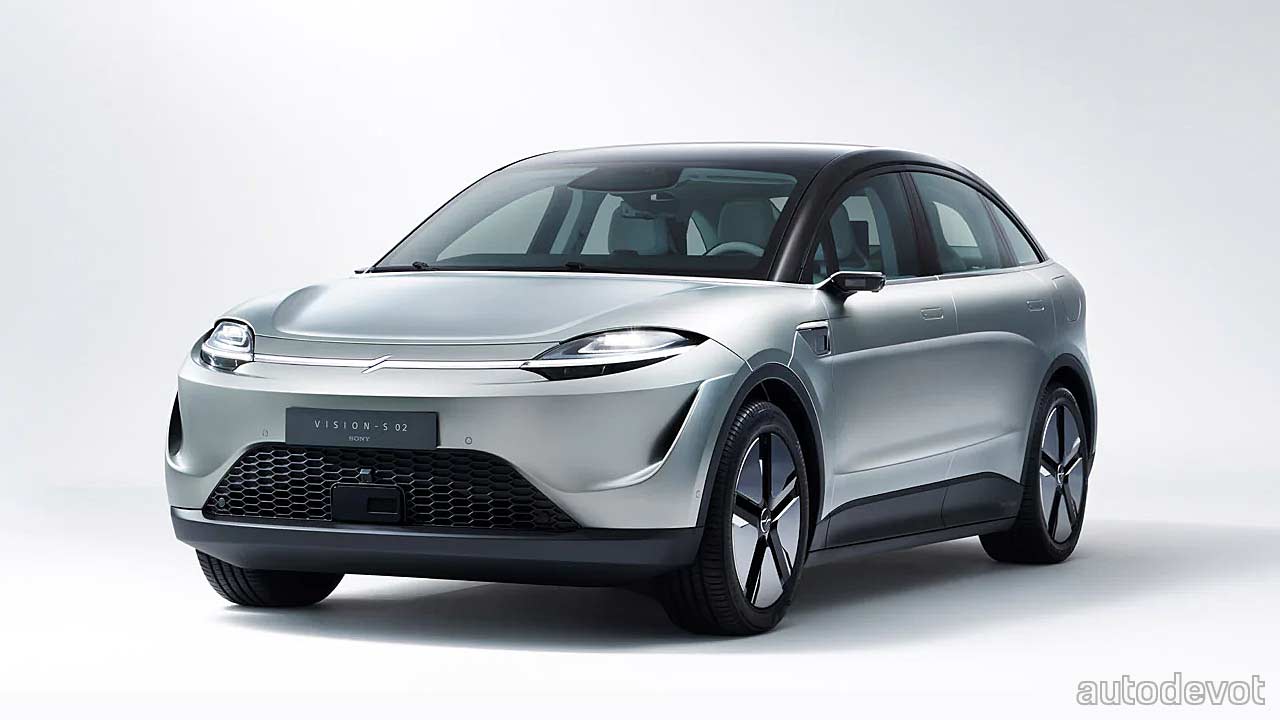 Well, that didn’t take too long, did it?

It appears that Sony got pumped with the feedback it got for the Vision-S 4-door EV from the media and general public. The prototype—developed in association with Magna Steyr and other partners, underwent public road testing in Europe last year. All along, Sony kept denying its entry into the EV market. However, at this year’s CES, the Japanese tech giant not only presented the Vision-S 02 SUV prototype but also revealed that it will establish a new Sony Mobility Inc. division in spring 2022—through which the company intends “to explore entry into the EV market.” 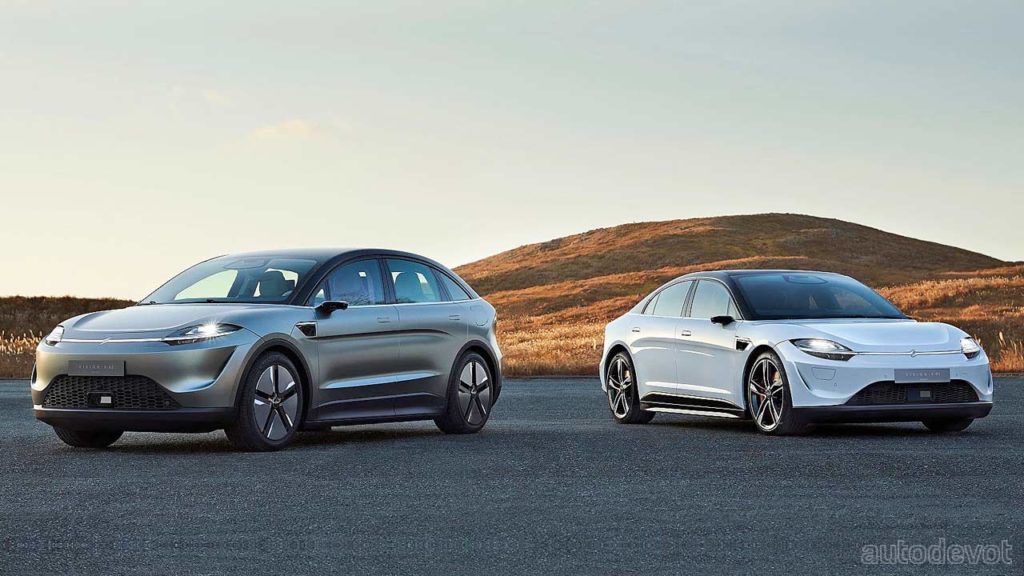 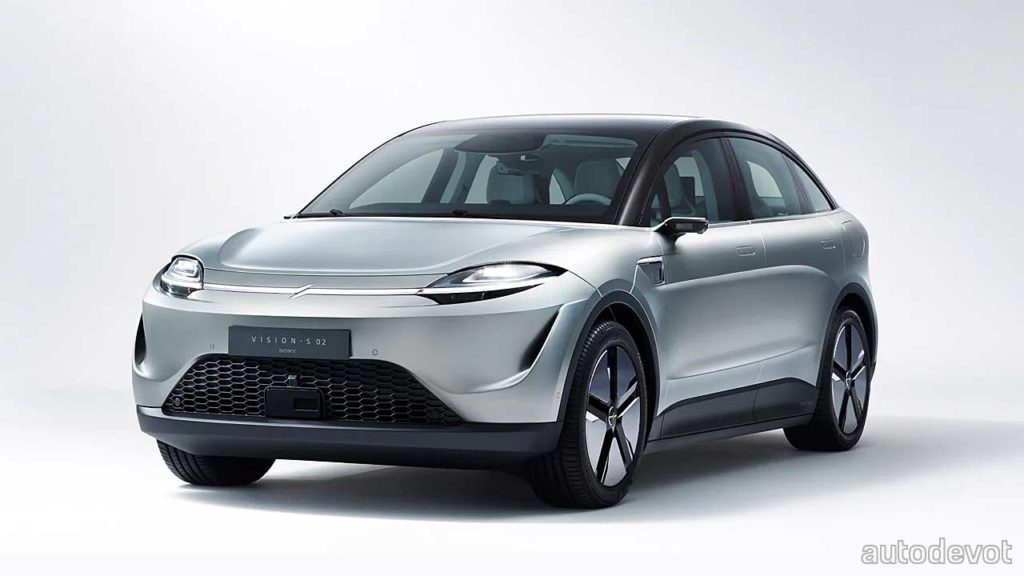 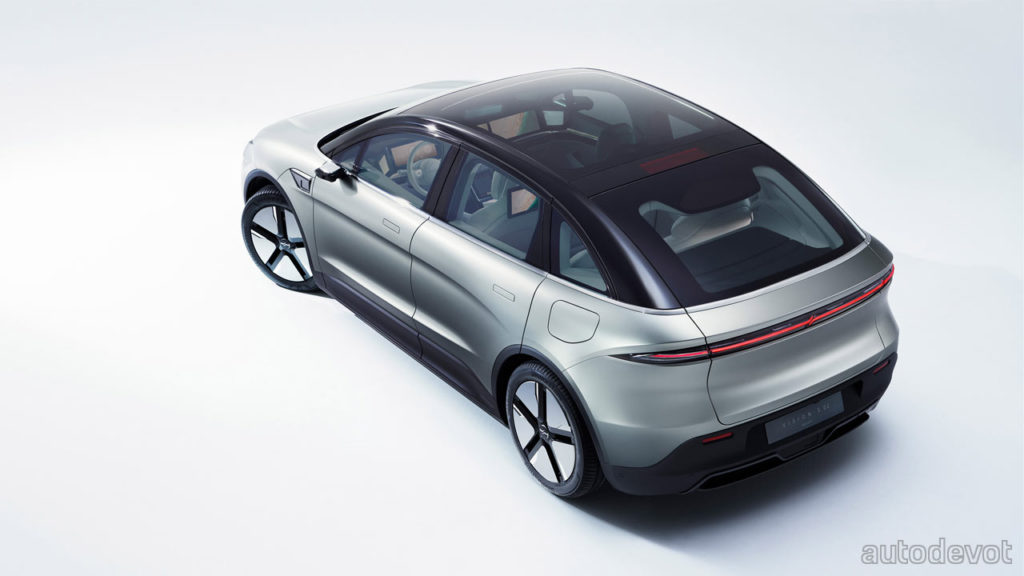 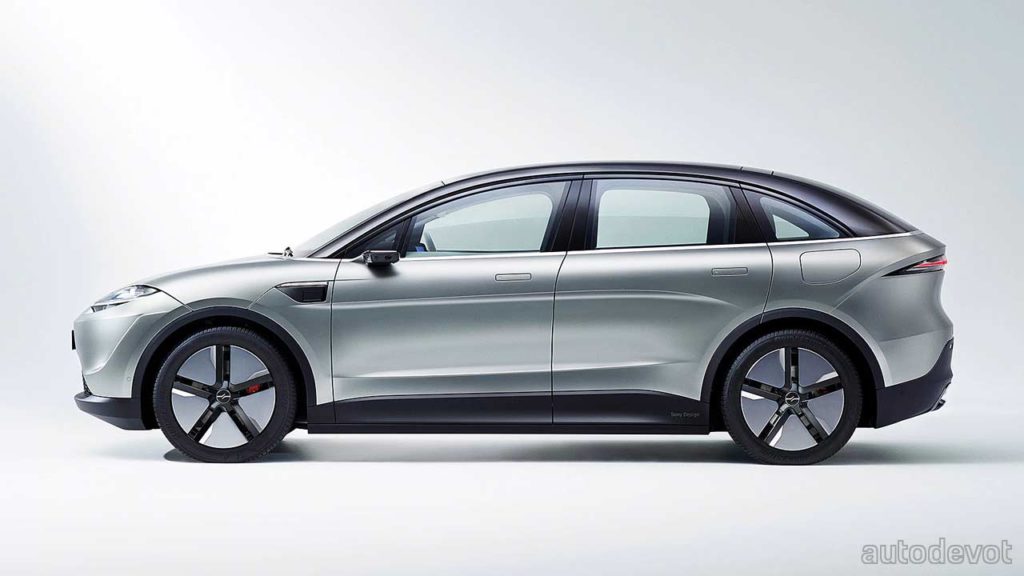 The Vision-S 02 SUV prototype adopts the same styling formula that everyone loved in the Vision-S 4-door sedan. The headlights, the front lightbar, the front bumper, the character lines on the side, the camera mirrors, the flush door handles, the taillight bar, and the dual-tone paint scheme are all the same. The wheel design, however, is different; they look more aerodynamic here in the SUV.

The crossover measures 4,895 mm long, 1,930 mm wide (excluding mirrors) and 1,650 mm tall, with a wheelbase of 3,030 mm. It’s about the size of the Tesla Model X but certainly larger than the Model Y and the Audi e-tron SUV; I mean the wheelbase is larger than all the aforementioned three. 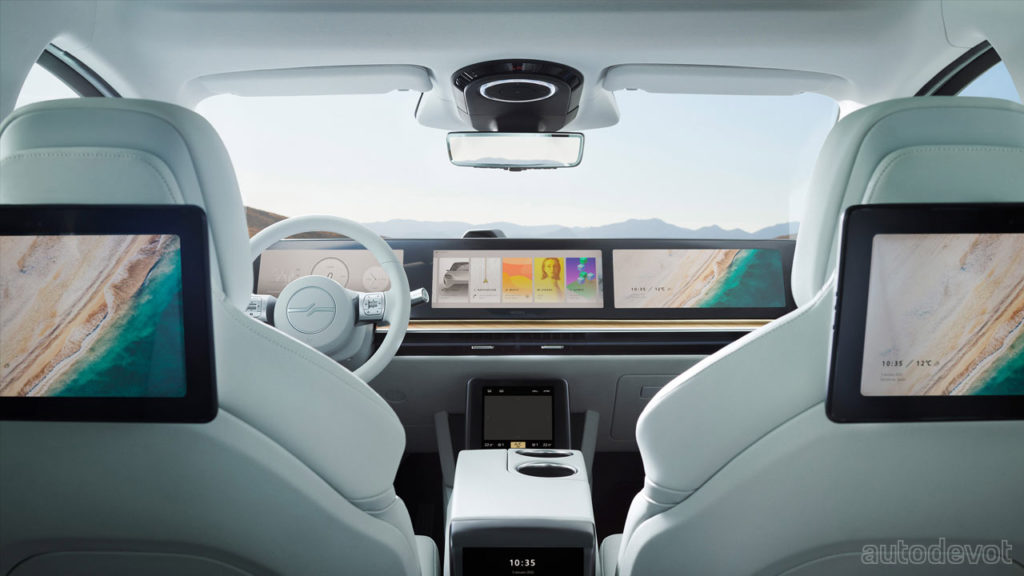 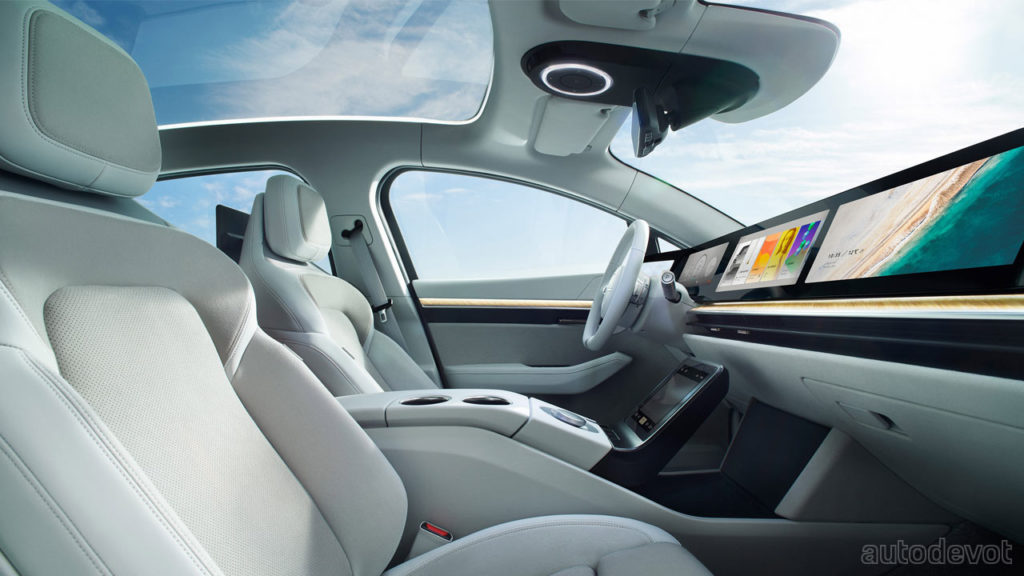 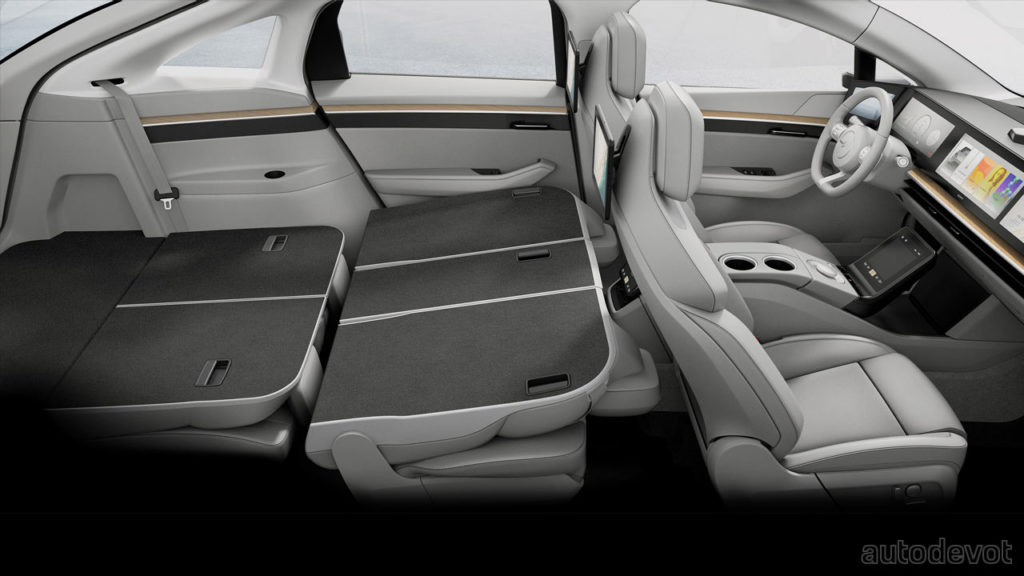 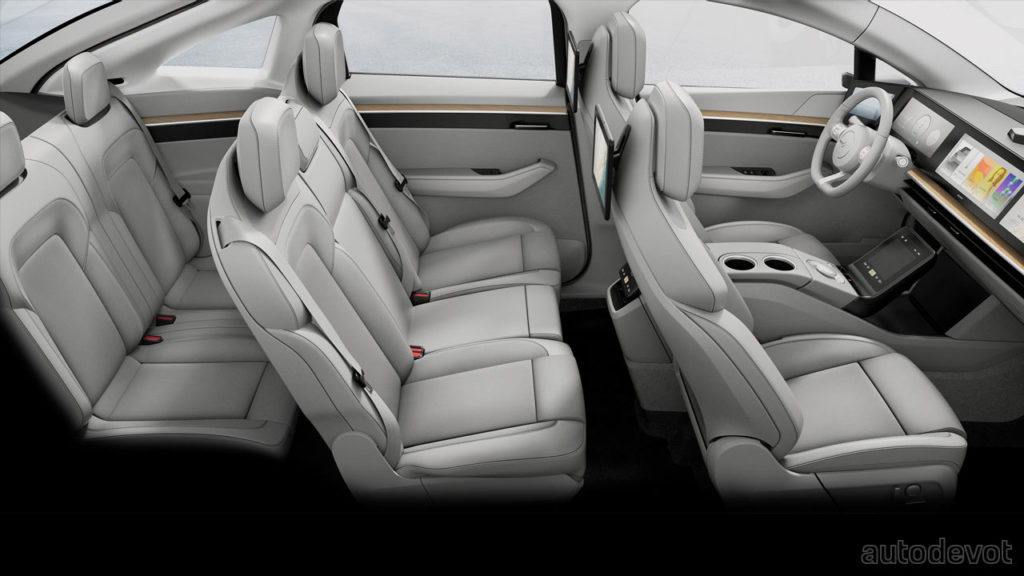 That’s right! the Vision-S 02 has got three rows inside; which means you already know at which car it is looking forward to battle with. The rest of the things are a déjà vu; the SUV has got the same displays and technology as the Vision-S sedan. These include “360 Reality Audio”, Time-of-Flight (ToF) sensors inside the car, and ADAS suite. In total, the car uses 40 sensors inside and outside, with most of ’em being Sony’s CMOS image sensors.