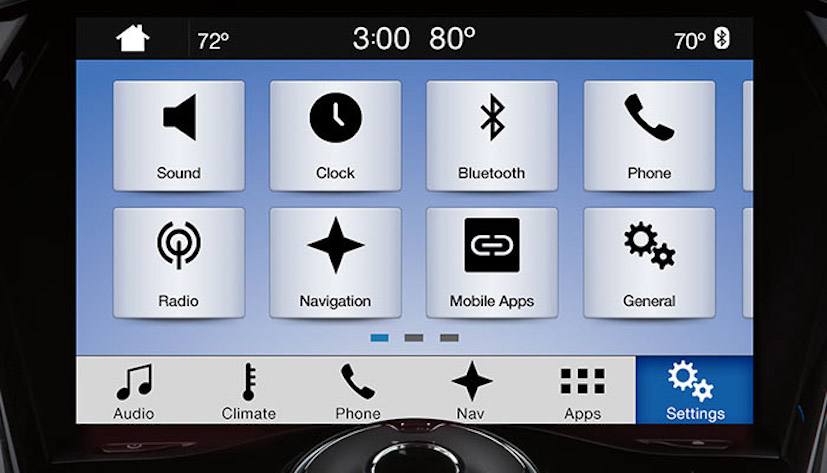 Ford has rolled out Sync 3 update for the Endeavour’s infotainment system. Currently the update is available only for the top end Titanium variant, and could eventually make it to the Trend as well. The Sync 3’s 8 inch capacitive touchscreen gets better user interface with pinch-to-zoom and swipe, and is claimed to be more faster and responsive to the voice commands. The system also supports Apple CarPlay and Android Auto, where the driver can use Siri and Google respectively, to communicate with the vehicle. The user can also launch his favorite app via voice control with SYNC AppLink. The Sync 3 also features SiriusXM Satellite Radio, which can be operated with voice command as well. Climate Control settings can be done with voice commands too. In-case of an accident, if the airbags are deployed, the Sync 3 can dial the emergency services from the paired phone.

Unlike the previous Sync and Sync 2 which is based on Microsoft, the Sync 3 is based on the QNX software from BlackBerry.

Speaking on the introduction of SYNC 3 on the new Endeavour, Executive Director, Sales and Service, Ford India, Anurag Mehrotra said, “SYNC has always has been about providing a safer way for customers to stay connected, even on the move with their eyes on the road and hands on the wheel,” said Anurag Mehrotra, Executive Director of Marketing, Sales and Service at Ford India. “With SYNC 3, we are keeping pace with the dynamic technology landscape – making it easier for customers to stay connected while driving, irrespective of their choice of smartphone, apps or services inside and outside their vehicle.”

Software updates for Sync 3 will happen over Wi-Fi.