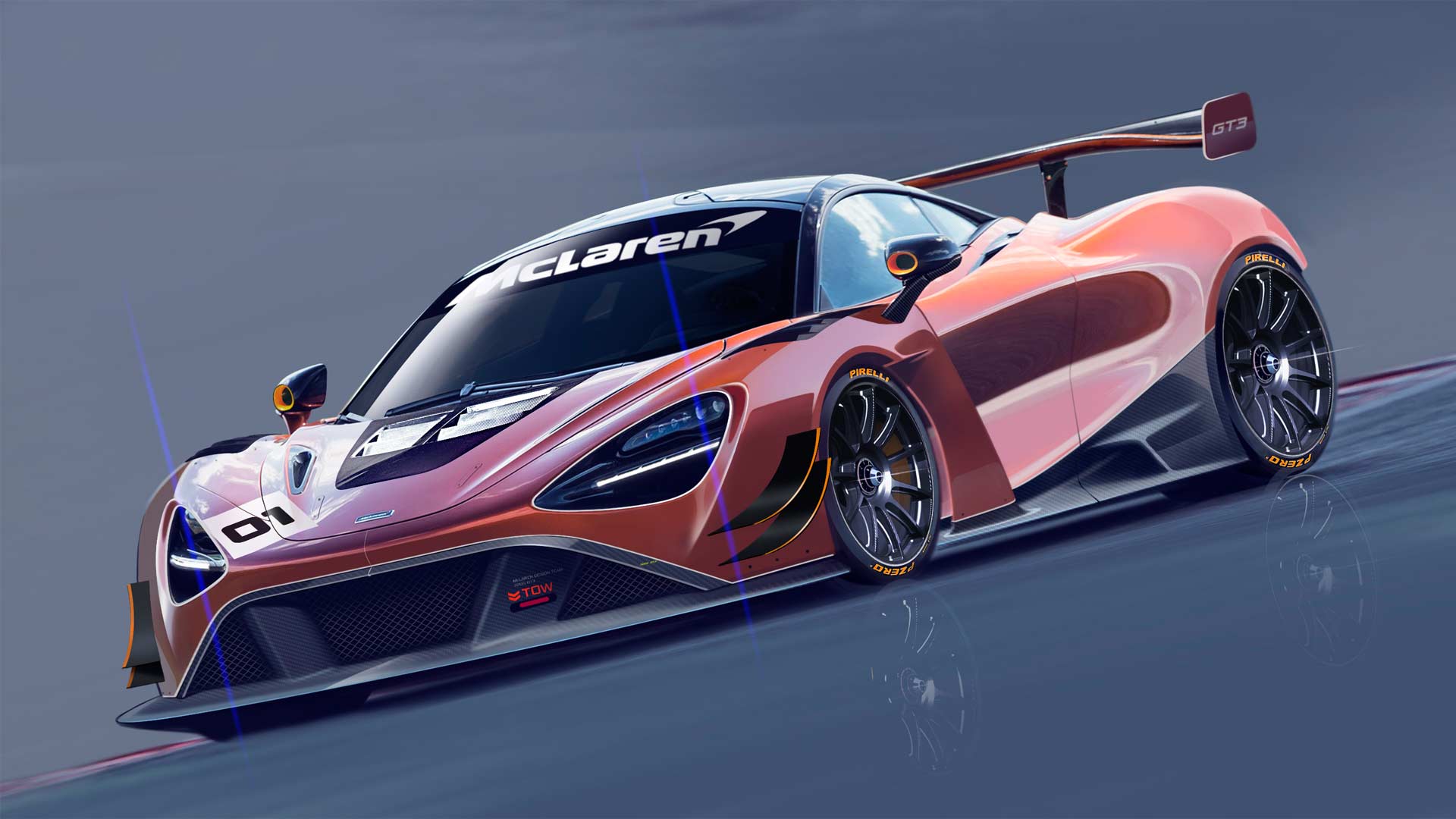 McLaren has released couple of sketches of the 720S GT3 – the track derivative of the 720S, to be constructed in a new dedicated facility in Woking.

Following an intensive development programme in the 2018 season, the 720S GT3 will make its competitive debut with customer teams in the 2019 season and will be fully compliant with GT3 regulations and will be eligible to compete in all GT3 race series globally, said the company. The aerodynamically-optimised bodywork of the 720S GT3 will be formed from both composite and lightweight carbon fibre, with a bespoke aerodynamic package. The suspension will comprise tried and tested adjustable dampers and coil-over springs, front and rear.

McLaren has handpicked who’s going to retail the brand’s motorsport products. Appointed from the existing retailer network, initially 10 retailers will offer motorsport support and service with the first such retailer to be the McLaren Glasgow – the recipient of the brand’s retailer of the year award. Alongside Glasgow in Europe will be Zurich; North America will be represented by Dallas, Newport Beach, Philadelphia, San Francisco, Scottsdale and Toronto, while the Asia-Pacific region will have representation in both Melbourne and the spiritual home of McLaren, New Zealand, with the Auckland retailer.

More Plans
The company has also unveiled plans to extend its existing popular Pure McLaren customer track day series by creating the Pure McLaren-GT race series that will race in 2018 at iconic European racing circuits. The new series is aimed at McLaren owners who already have extensive track driving experience and are looking to take their first steps in the racing world in a controlled and familiar environment with the support of McLaren motorsport experts that allows customers to tap into over five decades of racing know-how.

Open exclusively to individual McLaren owners with the minimum of an International D grade licence, they will be able to take advantage of a full ‘arrive and drive’ package with all cars maintained and run by McLaren engineers and technicians, freeing owners up to concentrate on their driving. More details, including venues and dates for the new Pure McLaren-GT series, will be announced in due course.

Alongside new cars will be a driver development programme designed to nurture a new generation of GT racers. To kick-start the McLaren Automotive Driver Development Programme, four promising British drivers have been selected from an existing stable of driving talent connected with McLaren who will compete in pairs driving two 570S GT4 cars during 2018.

The Programme will identify talent and create a breeding ground for future McLaren Factory Drivers by providing them with motorsport education and driver support. That support includes being assigned a professional mentor from McLaren’s team of drivers, fitness and nutrition assessments and advice and PR, marketing and sponsorship support and guidance.

Drivers will be regularly assessed and evaluated on their performance with a tailored programme developed to ensure each delivers their best performance every time they compete. This will include simulator access and working with the engineering teams to better understand telemetry data and race strategy.

Jordan Albert (21), Charlie Fagg (18), Michael O’Brien (22) and Lewis Proctor (21) will each have a driver coach from the roster of Pure McLaren driver coaches and share a driver mentor in Rob Bell who joins McLaren as Factory Driver.

In 2018, a competition will be launched for drivers to participate in a 2019 International Driver Development Programme run by McLaren. More details will be announced next year.