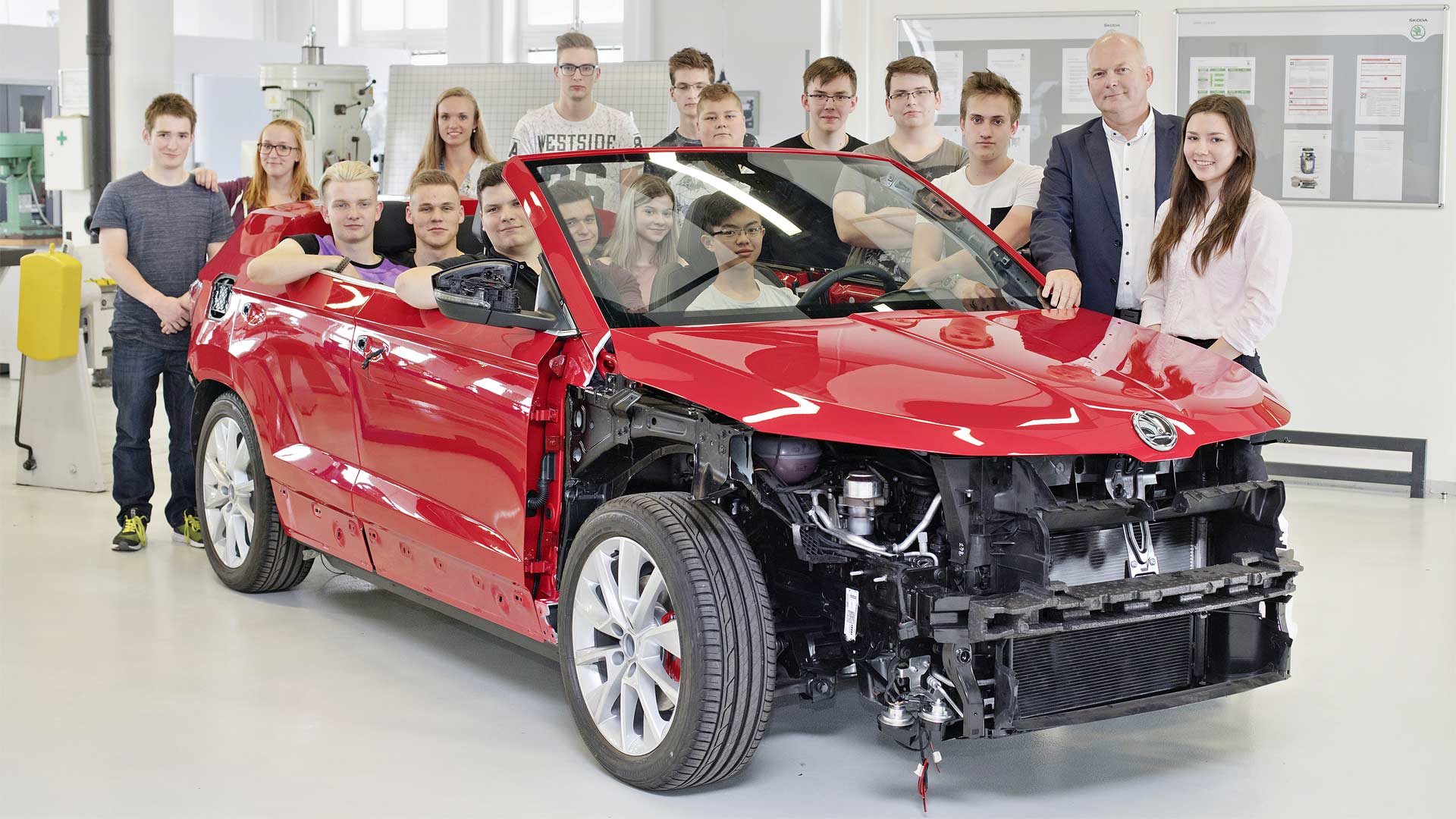 The convertible SUVs are currently a niche segment but they’re slowly getting popular. Which is probably why the students at Skoda Vocational School in Mladá Boleslav have decided to chop the roof off the Karoq.

23 trainees from the school have been working on the open-top Karoq concept since October 2017, with support from their teachers, Technical, Design and Production departments as well. The construction phase began only in January 2018 after the engineering and design plans were finalized. The labour-intensive conversion of the project initially required the students to make extensive changes to the production body of the Karoq. Once the roof was removed, the doors had to be adjusted and the tailgate had to be re-designed from scratch. In addition, the trainees re-engineered the entire rear section including the exhaust system. The A-pillars were altered too. The Karoq cabriolet features modified front and rear bumpers.

Furthermore, the trainees either developed new ideas or modified some of the existing features, such as the Skoda logos, which are discreetly luminous in the dark. Special indicator lights as well as backlit door handles are other examples of the car’s distinctive features. In the dark, Skoda logos are projected onto the tarmac from the front and rear bumpers.

The team aims to present the finished open-top Karoq in June. The Skoda Vocational School in Mladá Boleslav was founded in 1927 and offers 3 and 4-year training courses in technical subjects leading to either a certificate of proficiency or a school leaving certificate for university access. Currently, more than 900 full-time students are enrolled in the school’s courses.