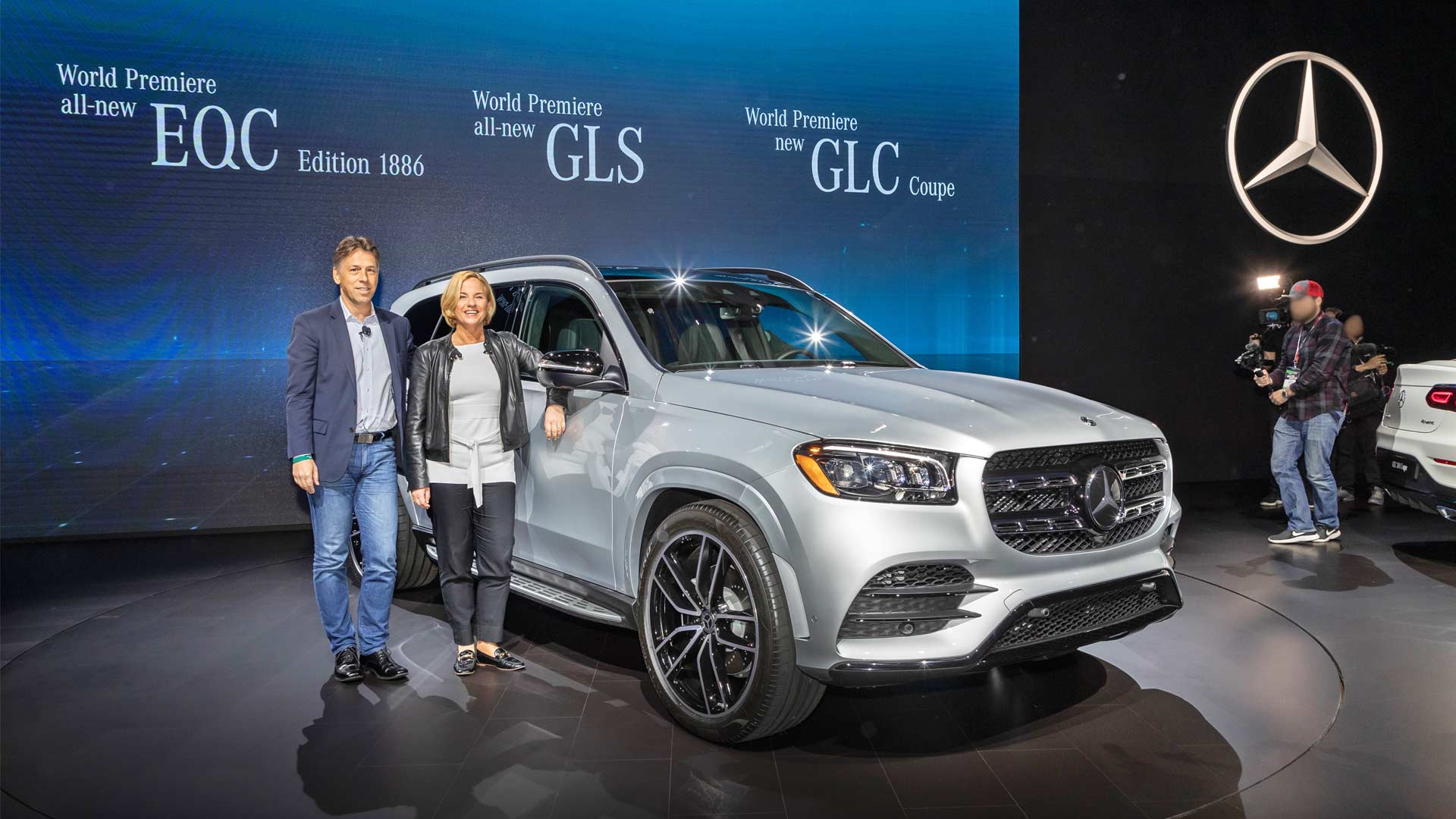 The fact that the new Mercedes-Benz GLS looks incredibly large even in photos, is a good reason to start with its new dimensions. Speaking of which, the 3rd generation GLS now measures 5,207 mm (+77 mm) in length and 1,956 mm (+22 mm) in width. If that’s not impressive enough, it has a wheelbase of 3,135 mm, which is 60 mm longer than that of its predecessor.

As for the design, the 2020 GLS gets smoother curves similar to that of the new GLC and GLE, resulting in a low Cd figure of 0.32 – an improvement over the predecessor’s 0.35 Cd. Exterior equipment includes Multibeam LED headlamps as standard, with a total of 112 LEDs per headlamp. They can illuminate a distance of more than 650 metres, apparently. As with all the latest Mercedes models, the MBUX system grabs all the attention once you get into the cabin. Here in the GLS, it is made of two 12.3-inch screens. The way the screens are guarded by air vents on either side, makes you wonder if the arrangement is also to cool down the screens.

Options include MBUX Interior Assistant that uses a camera in the overhead console to register hand movements of the driver’s and front passenger’s, MBUX Rear Seat Entertainment System that comprises of two 11.6-inch touchscreens, and 5-zone automatic climate control. Luxury seats with lumbar massage function and climate control as an additional option for the Rear Comfort package Plus can be ordered for the second row. All seats are electrically adjustable as standard. Airmatic air suspension system with Adaptive Damping System Plus is also fitted as standard.

Another standard feature is Carwash function which when activated, the suspension moves to its highest position, folds mirrors, closes windows and sunroof, and deactivates the rain sensors.

More options include E-Active Body Control suspension which combines with the aforementioned Airmatic. This is claimed to be the only system currently on the market that can individually control spring and damping forces at each wheel. Another feature of this system is CURVE: like a motorcycle, the GLS leans into bends and thereby allows cornering in three stages with no centrifugal force, apparently.

If the GLS is equipped with a stereo multi-purpose camera, the Road Surface Scan feature continuously scans the road surface, while the suspension responds in advance to any undulations before the vehicle drives over them. The diesel engine complies with Euro 6d standard (RDE/Real Driving Emissions Step 2) which comes into effect from 1 January 2020. The AdBlue tank has a capacity of 31.6 litres. A 9G-Tronic automatic transmission transfers the power to all four wheels via 4Matic AWD system. A transfer case with electronically controlled multi-plate clutch is fitted as standard. This allows a variable transfer of drive torque from 0-100% (torque on demand) between the axles, Mercedes said.  A transfer case specially configured for superior off-road driving is available as an option.

The new GLS will be in the dealerships in US and Western Europe by the end of the year. The “S-Class of SUVs” will be produced in Tuscaloosa, Alabama.

In featured photo: Britta Seeger (R), Member of the Board of Management of Daimler AG, responsible for Mercedes-Benz Cars Sales and Dietmar Exler (L), President & CEO of Mercedes-Benz USA. 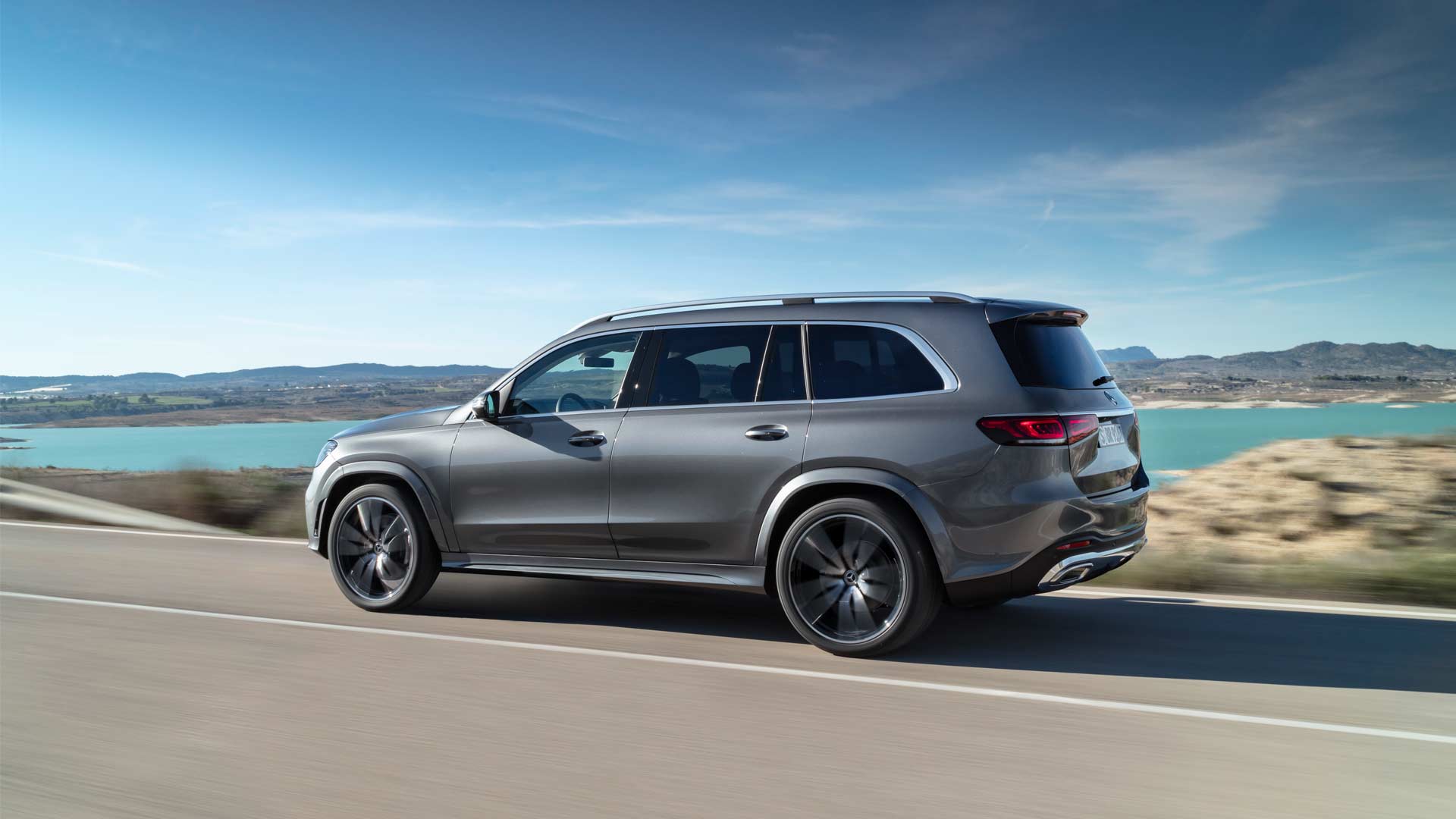 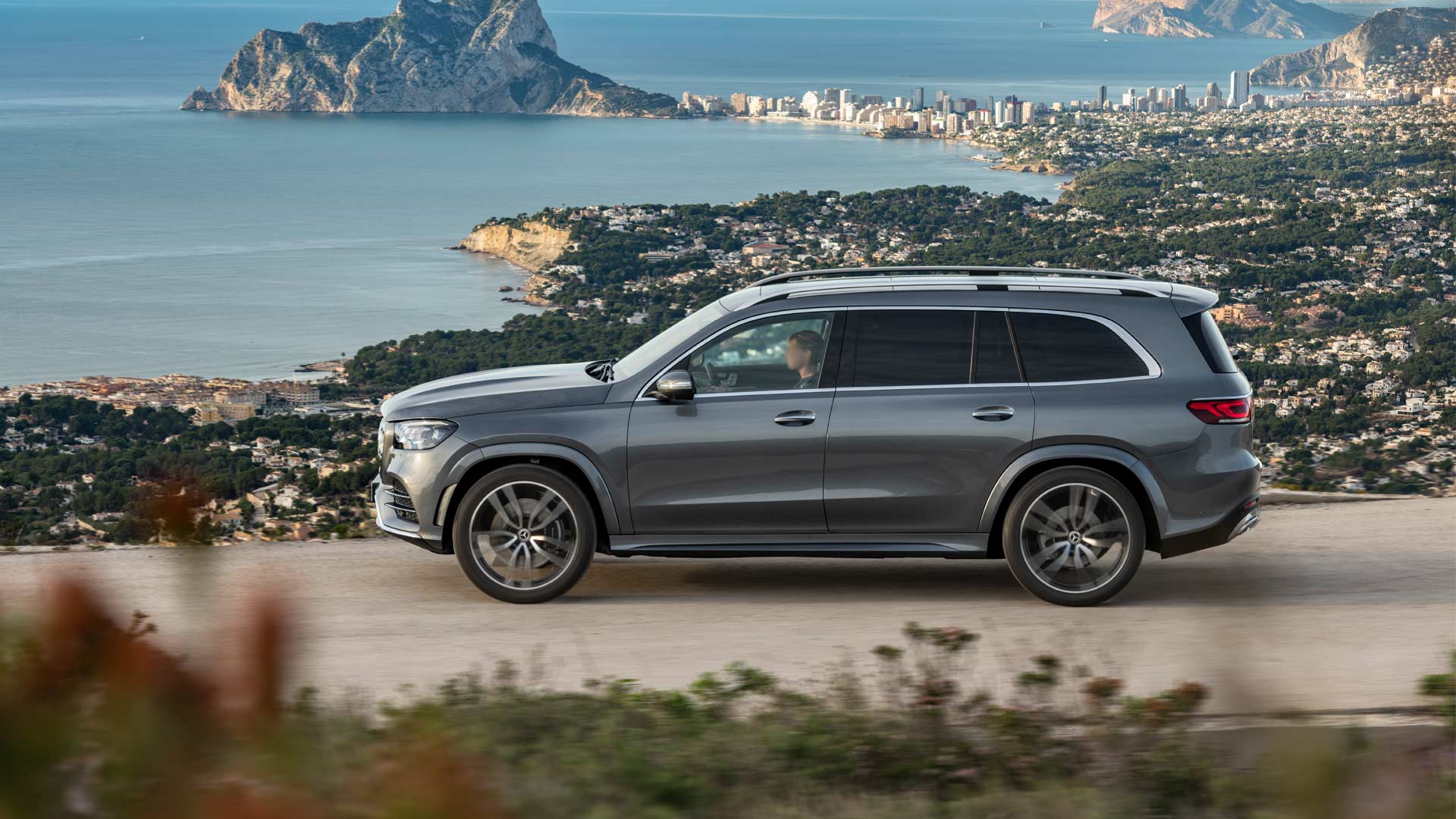 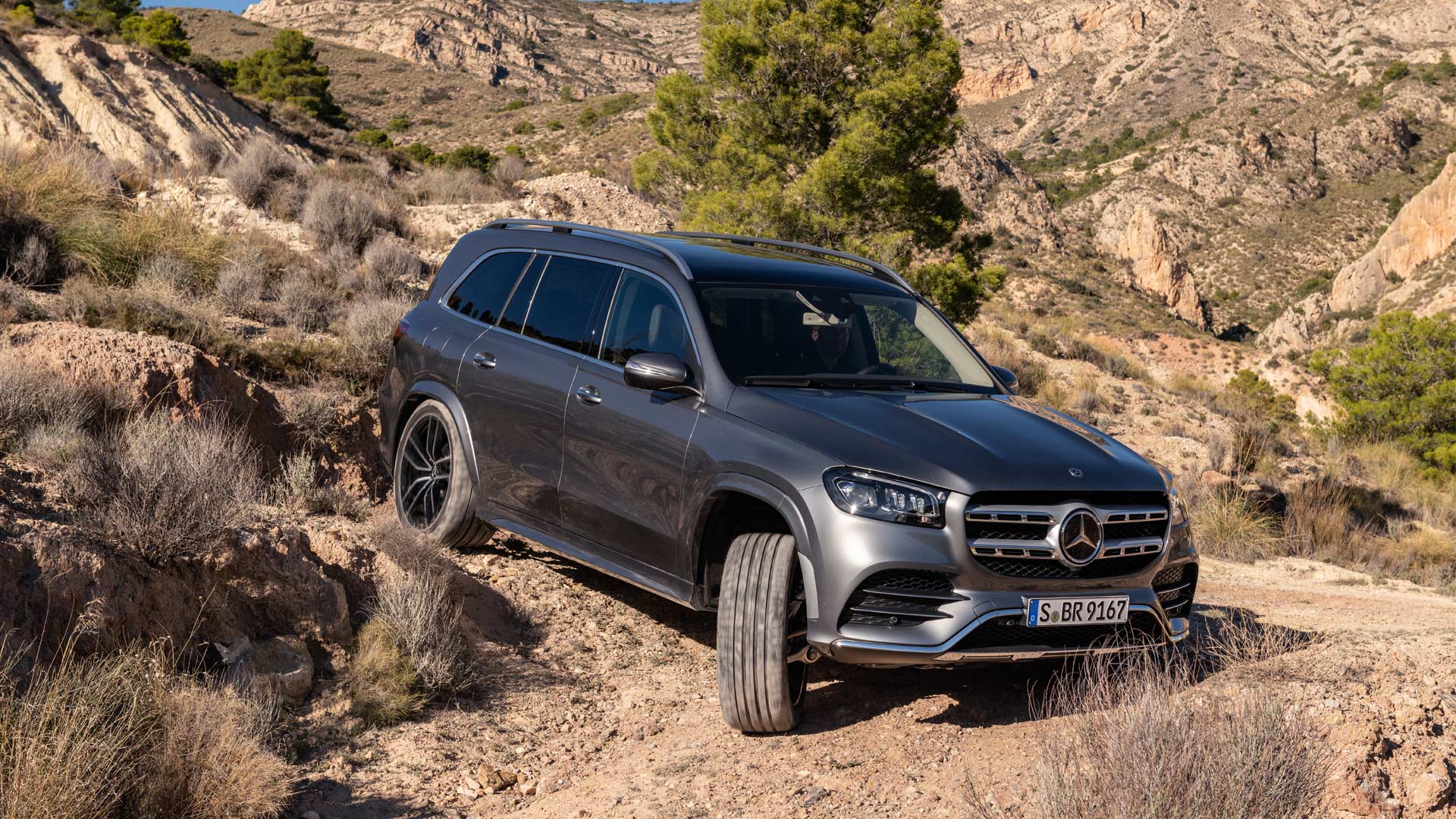 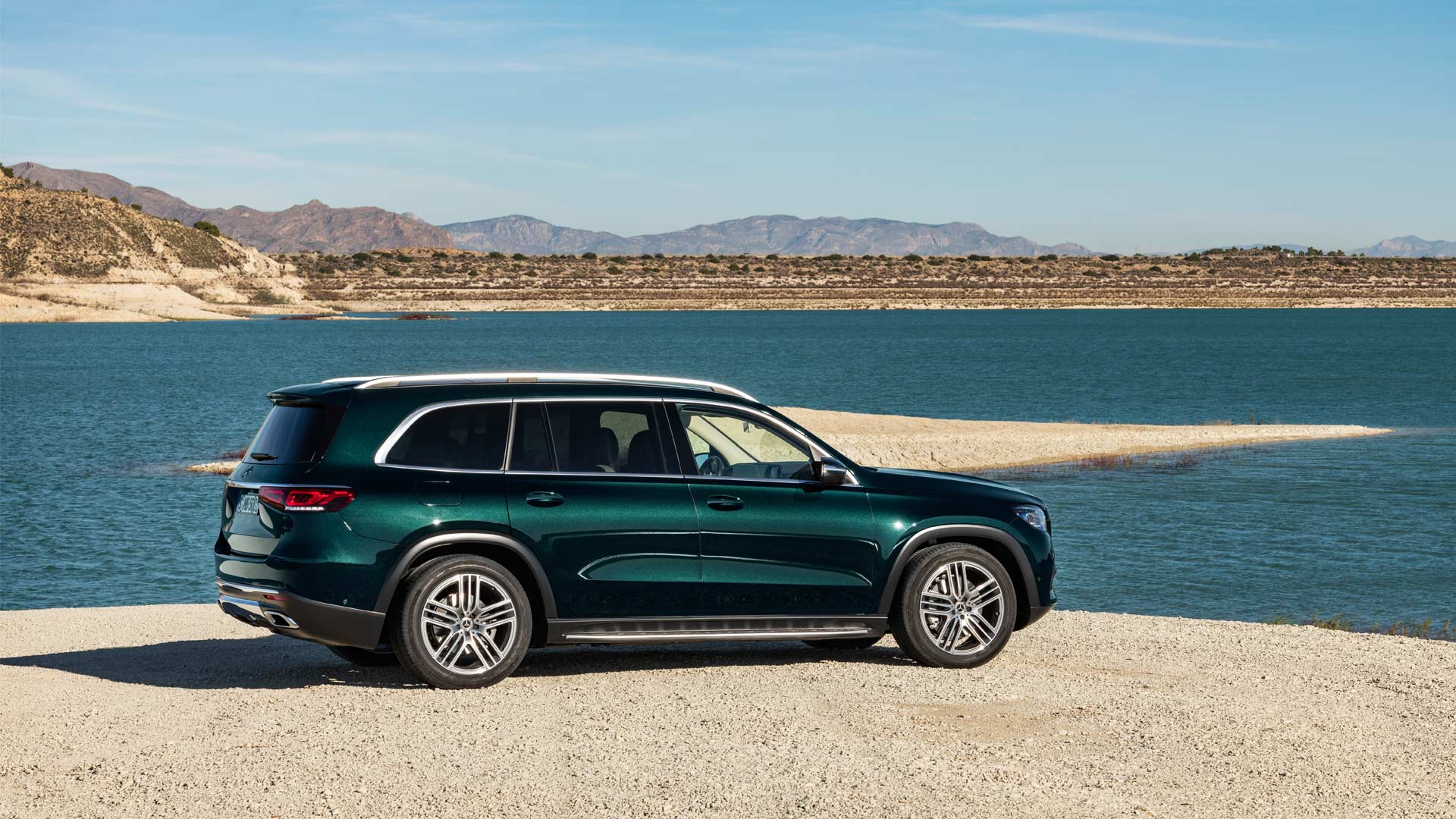 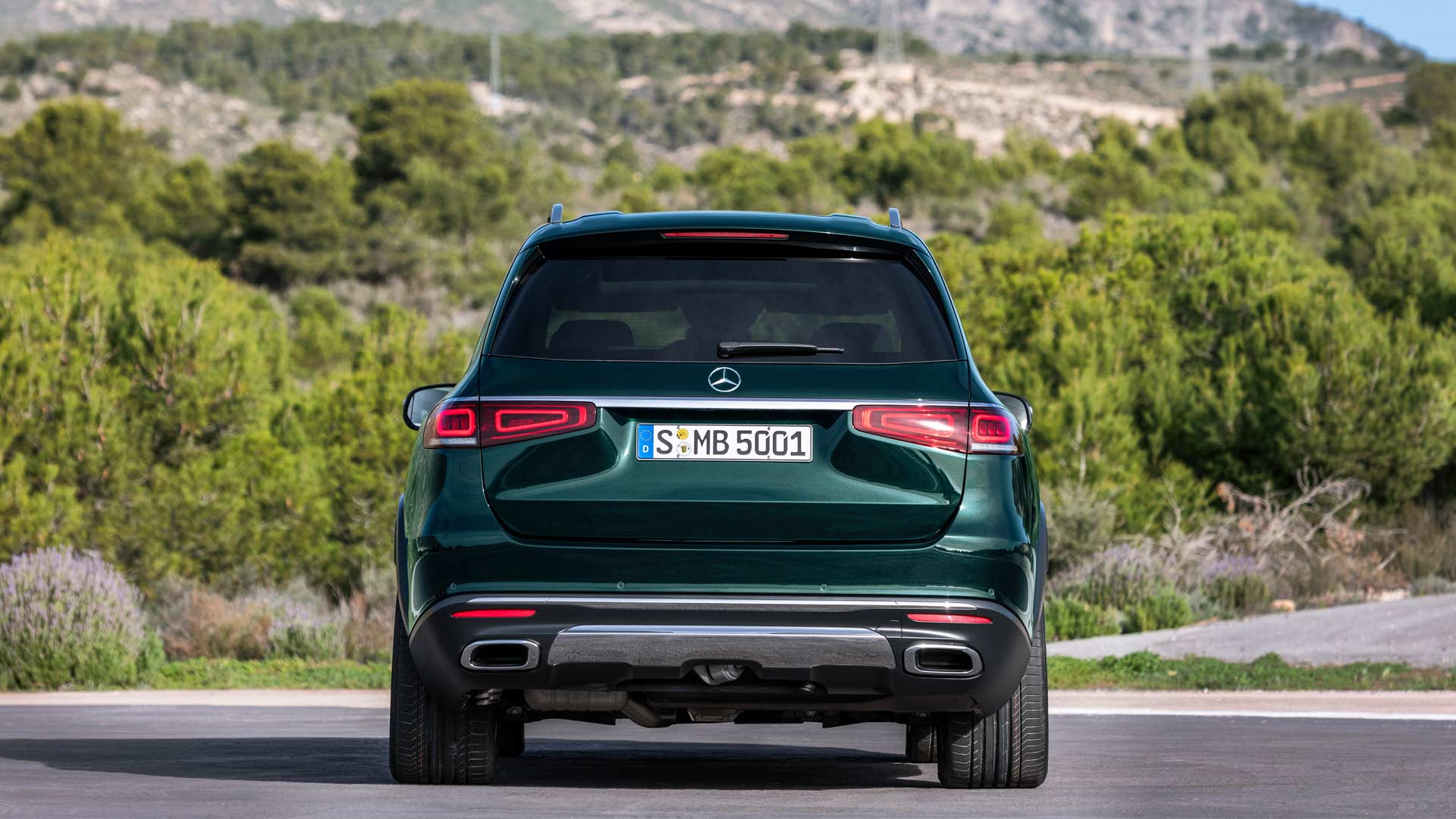 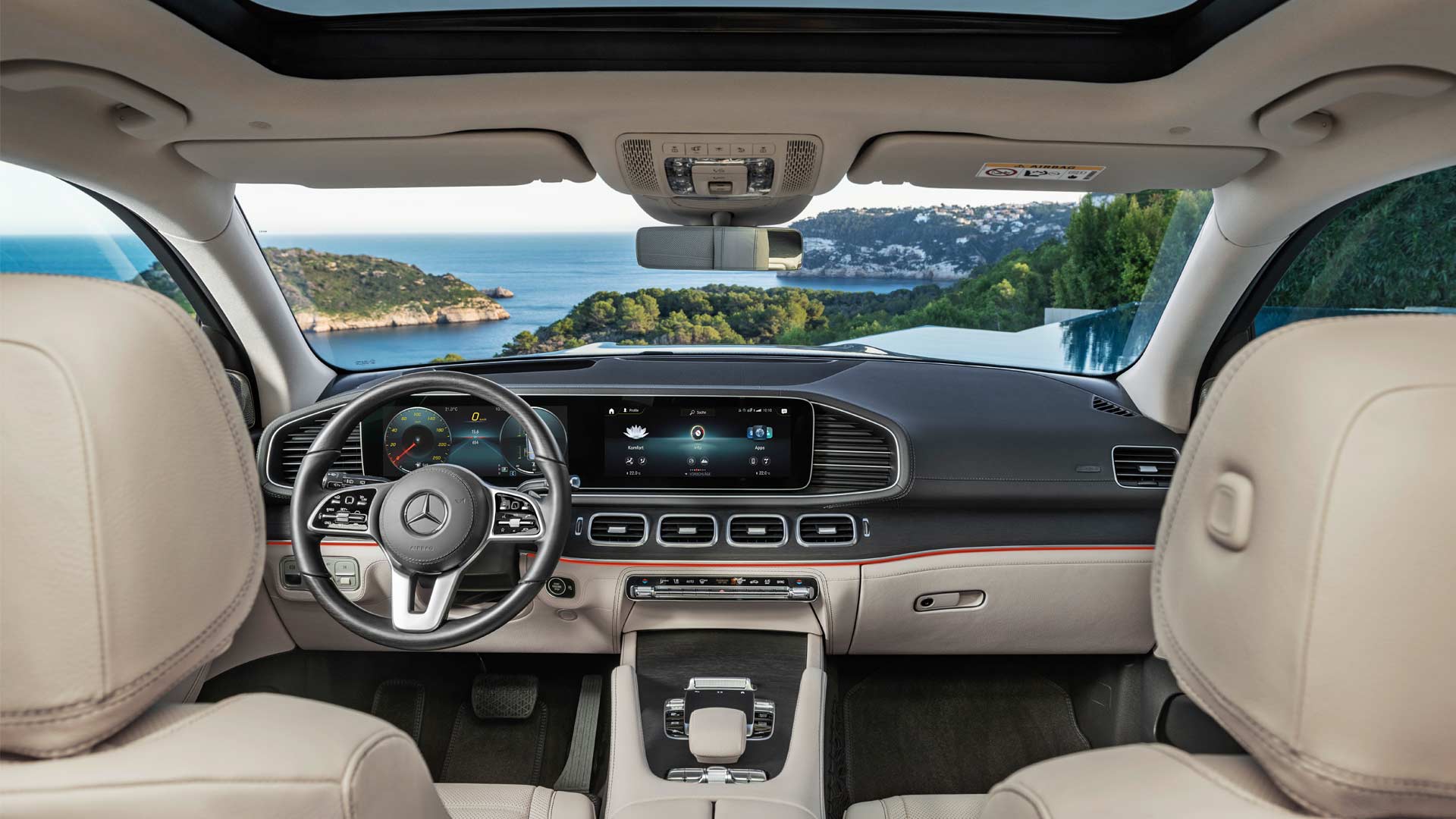 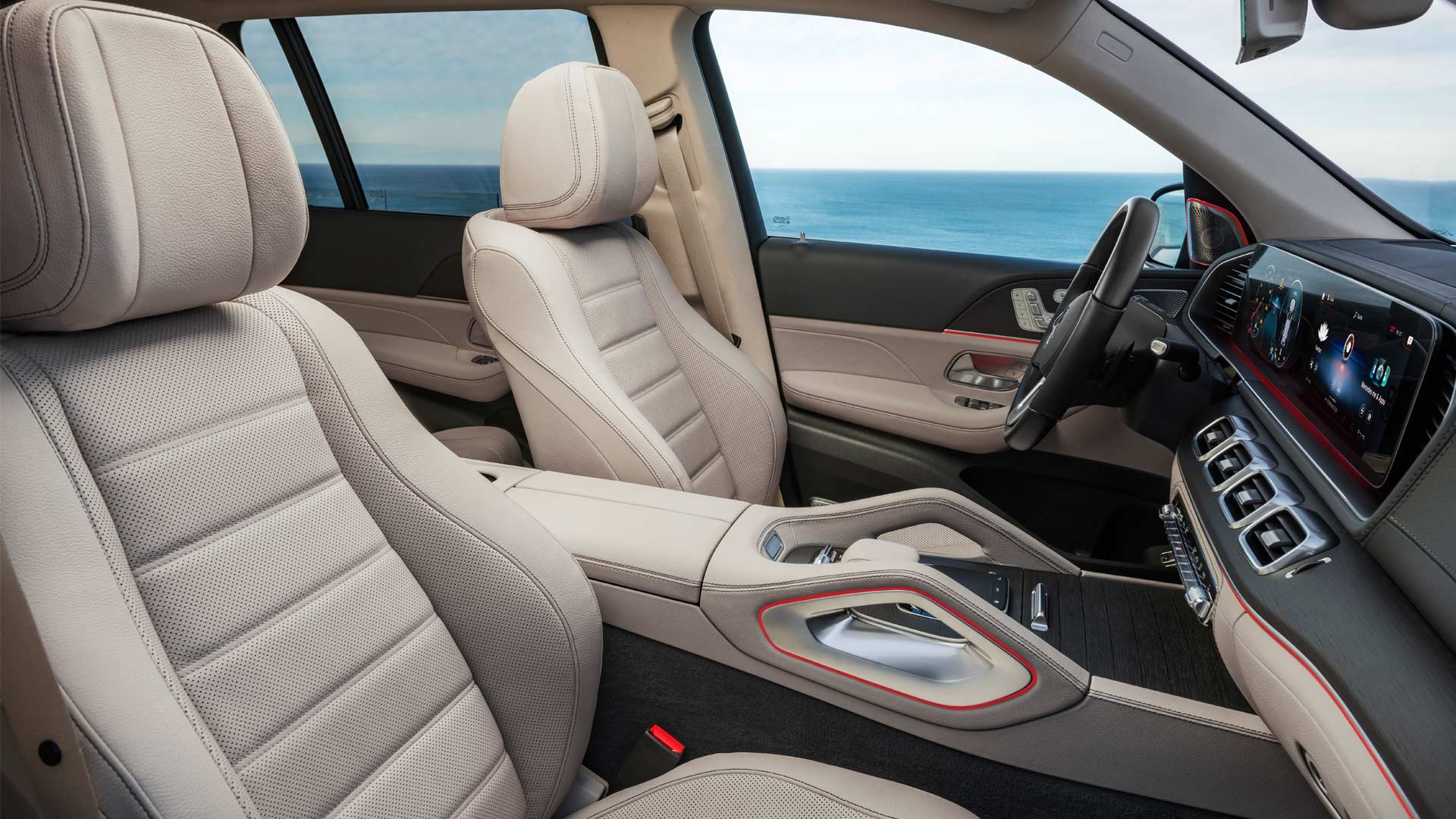 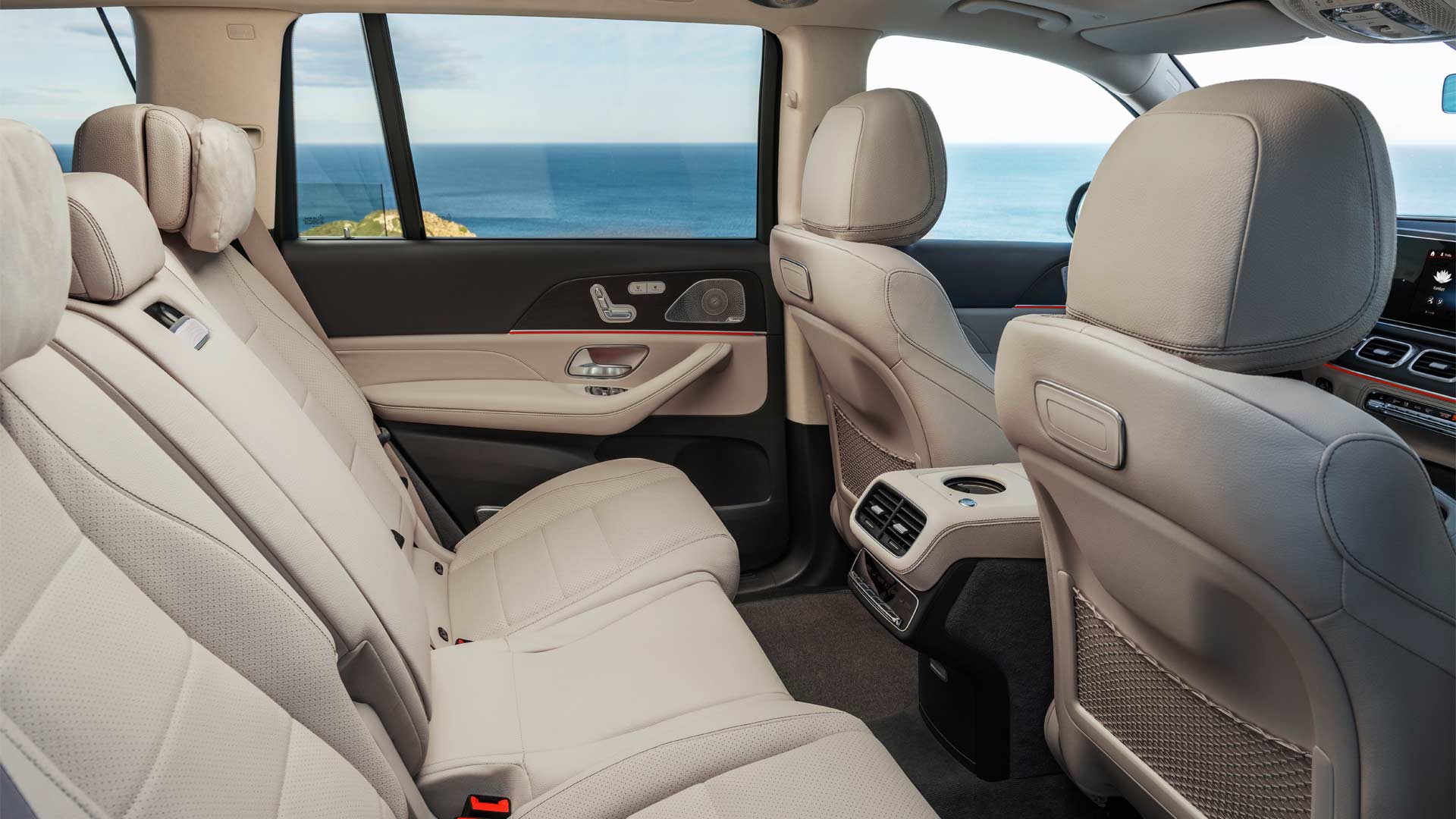 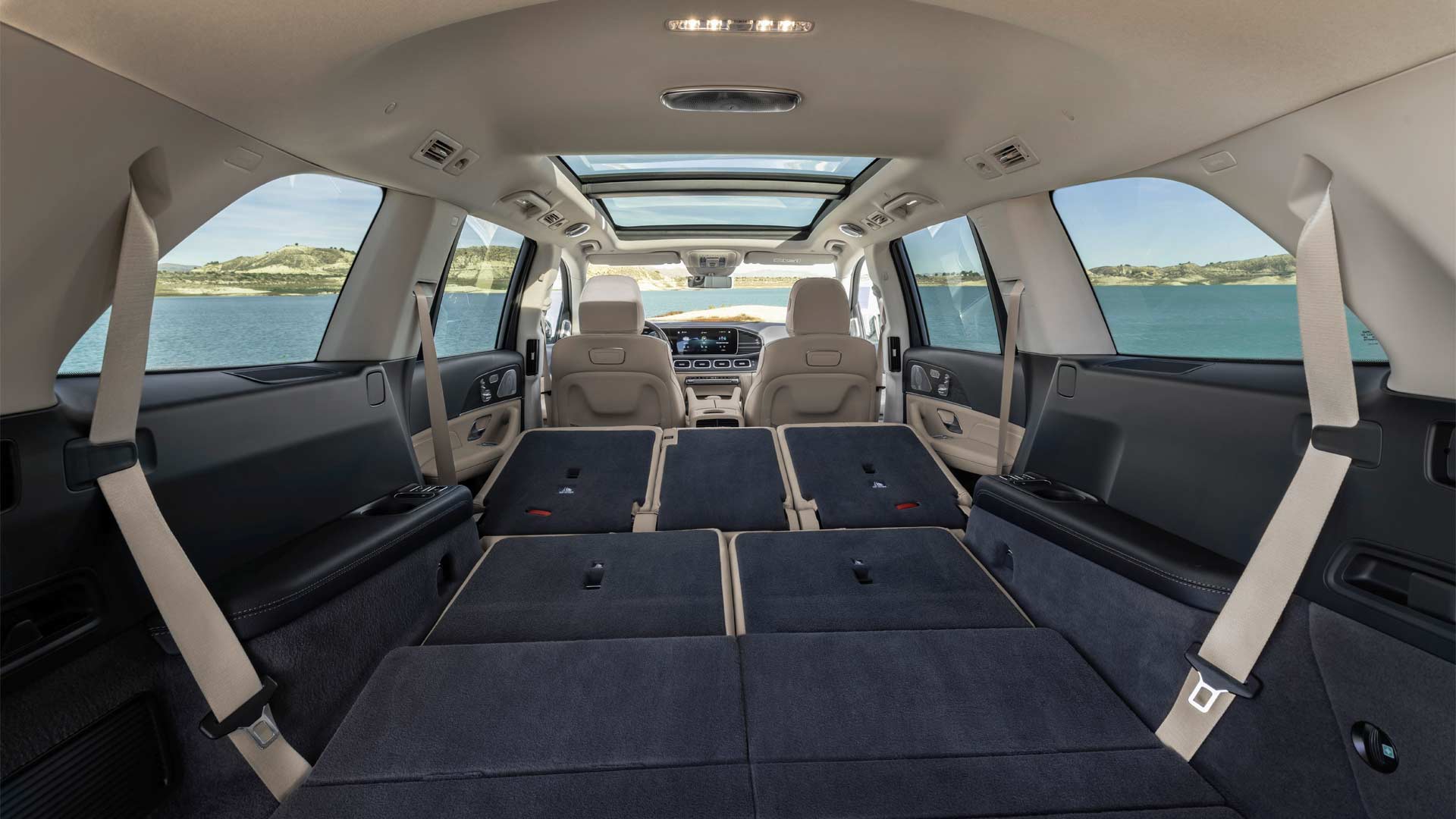 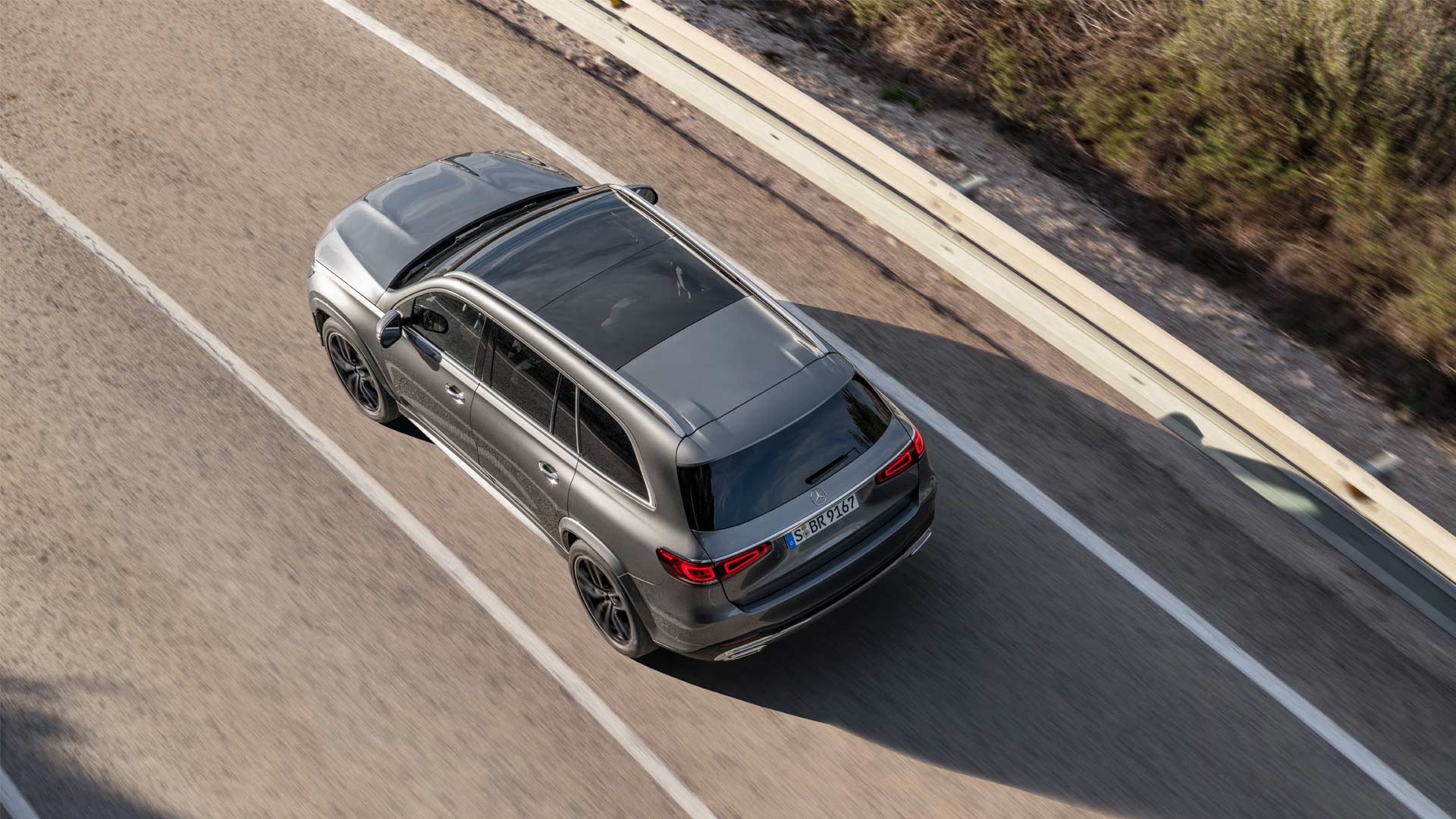