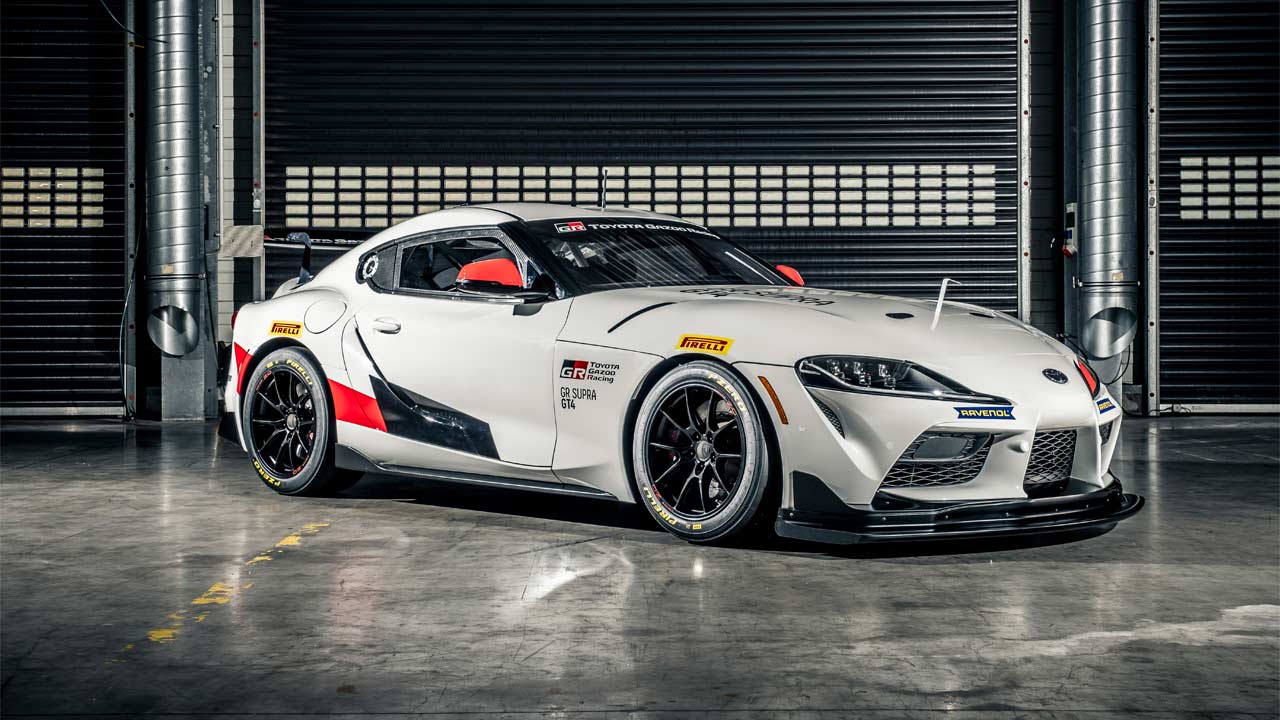 Six months after the debut of the new Supra road car, Toyota has revealed the GR Supra GT4 race car, available for customer teams (private teams) in 2020. The design inspiration appears to come from the aggressive-looking Supra Racing Concept that was revealed last year.

Exterior changes include an additional front lip spoiler, bonnet vents, and a large fixed wing at the rear. Unlike the road car, the Supra GT4 only has one tailpipe. The exhaust system is from Akrapovič, and the 18-inch wheels are shod with Pirelli tyres. 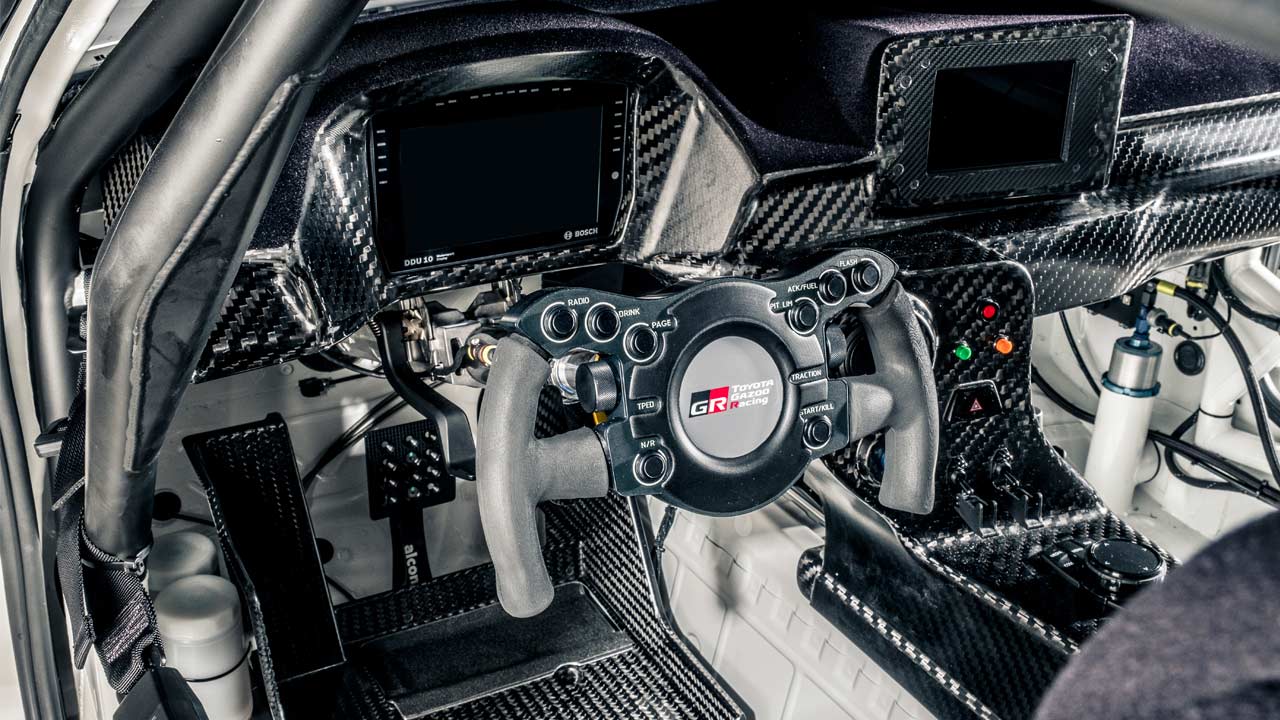 There’s a generous usage of carbon fibre on the inside, with a joystick-like steering controller. The driver gets FIA-standard racing seat. Also, notice the iDrive rotary knob on the centre console.

A 3.0-litre (2998 cc) in-line 6-cylinder twin-turbo petrol engine powers the Supra GT4, paired to an automatic transmission that sends power to the rear wheels. More details are expected at a later date. 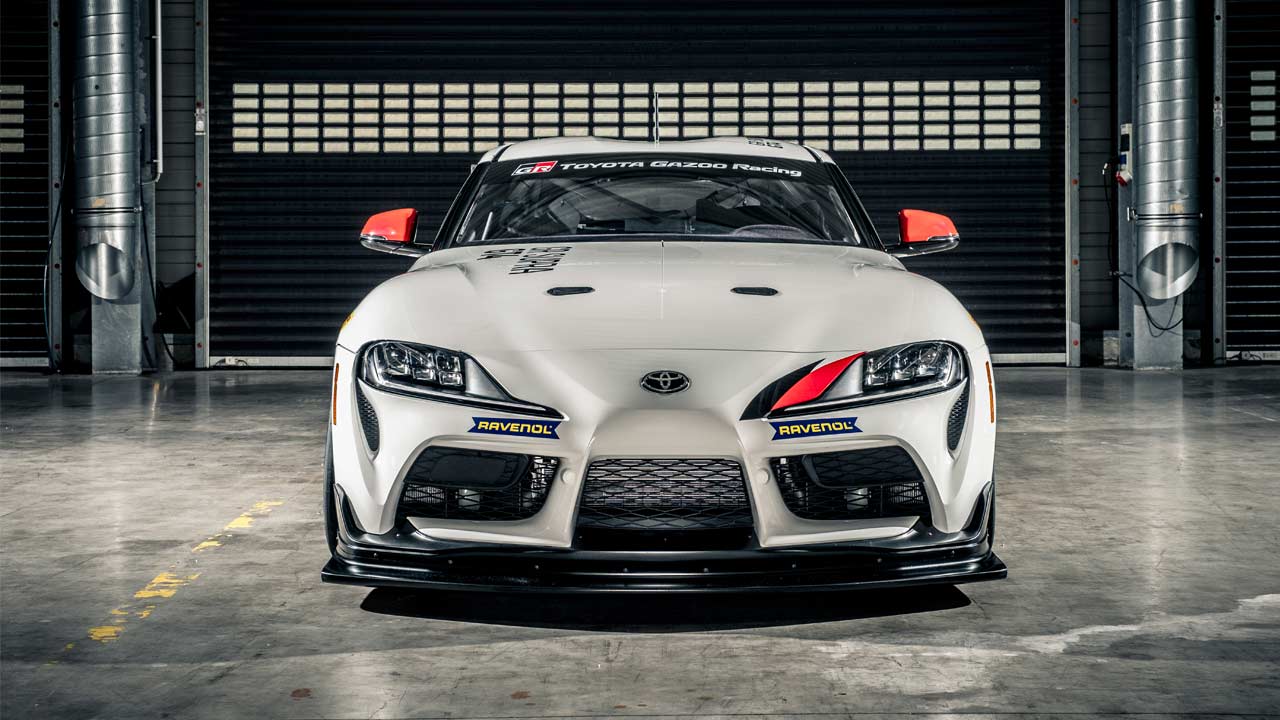 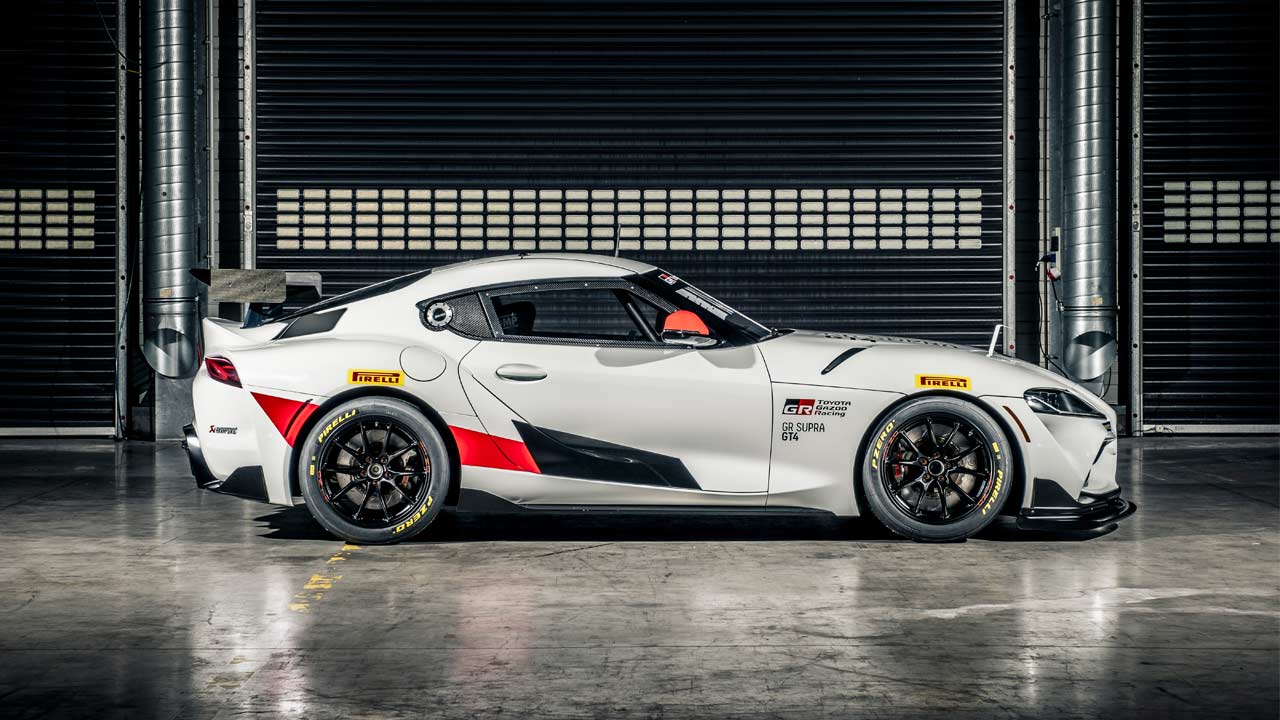 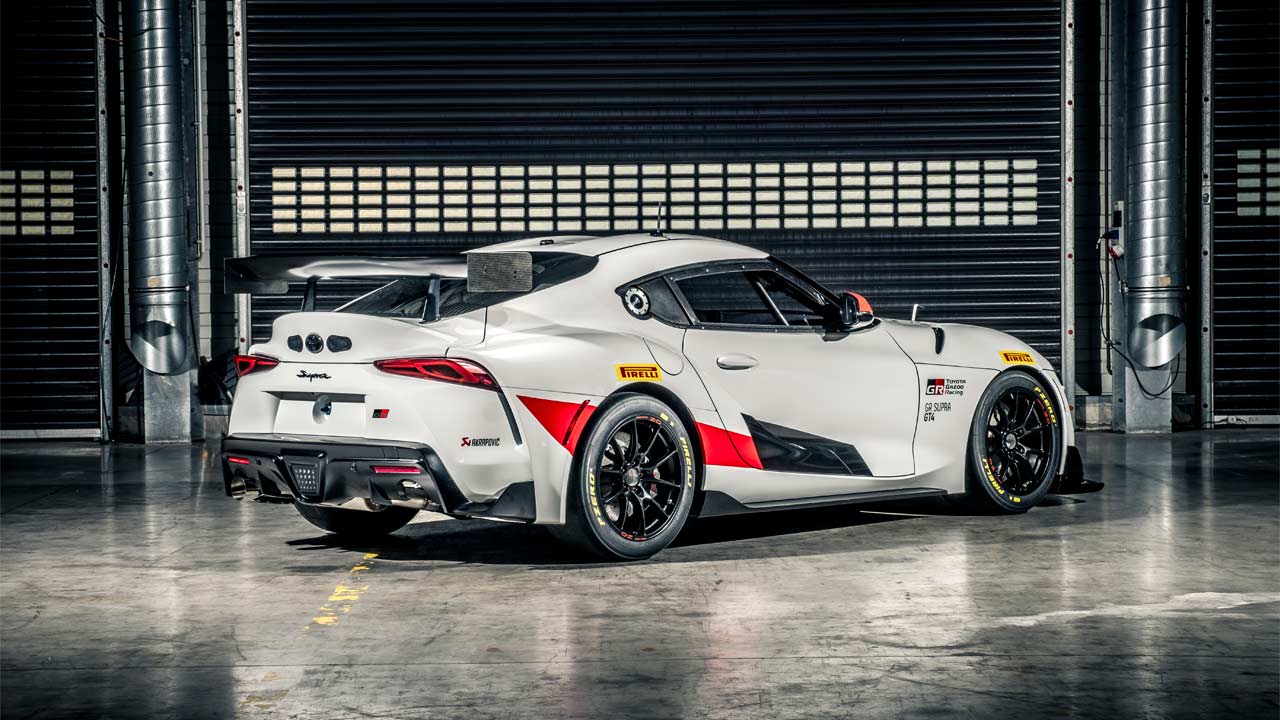 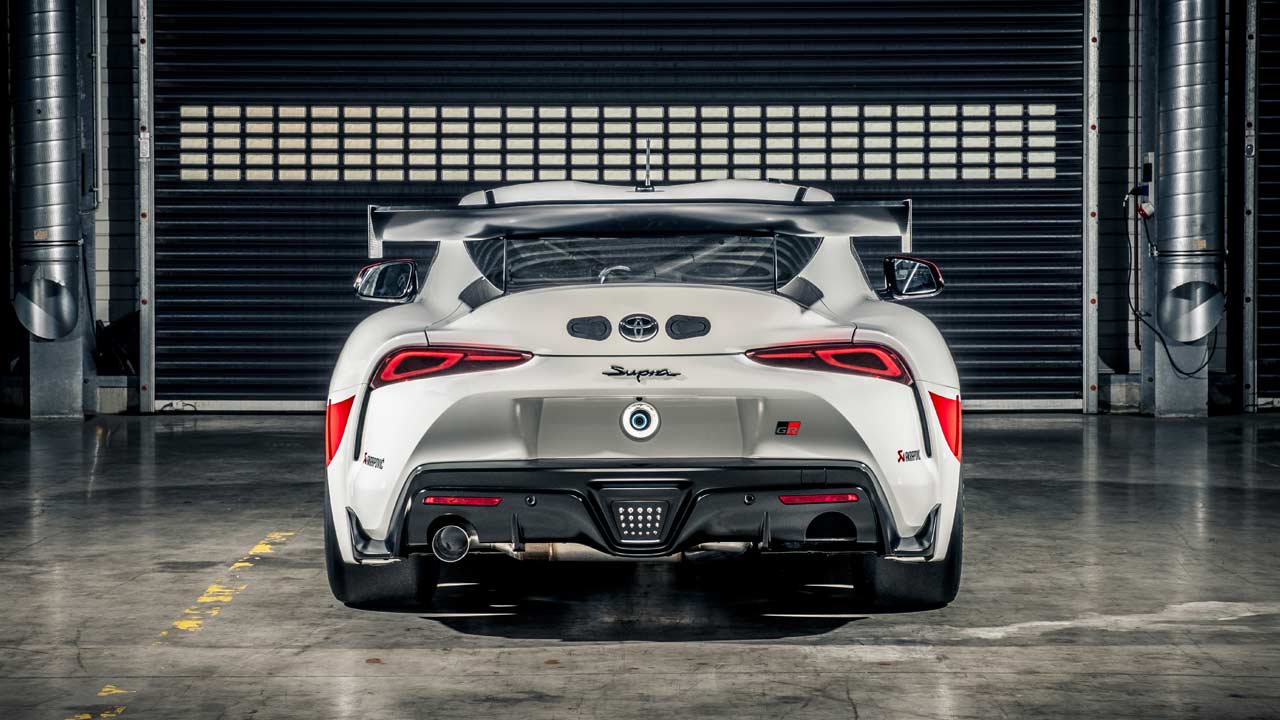 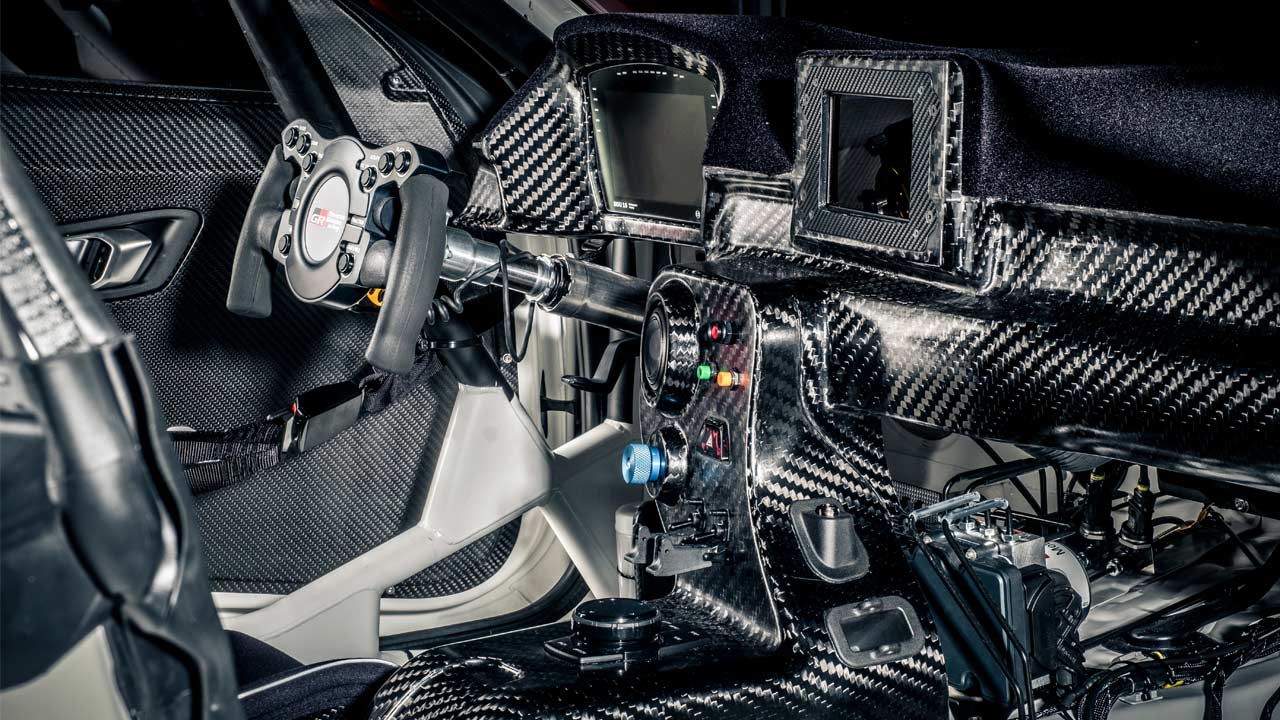 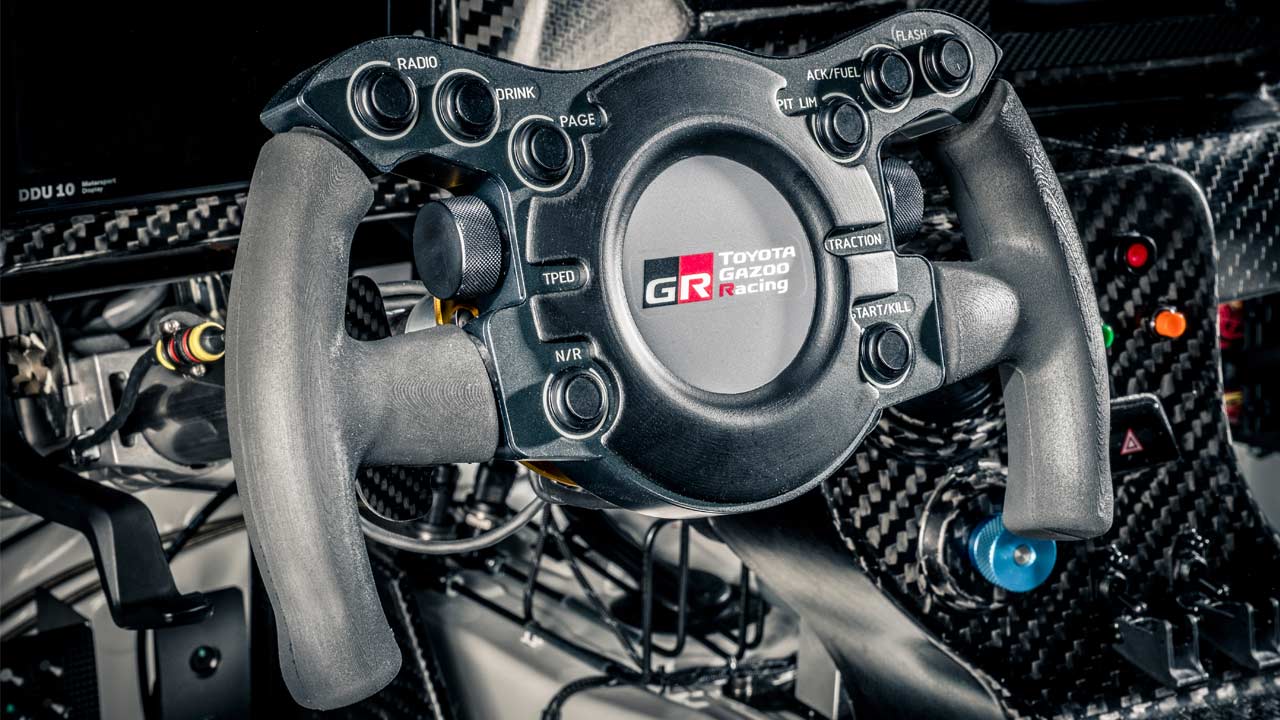 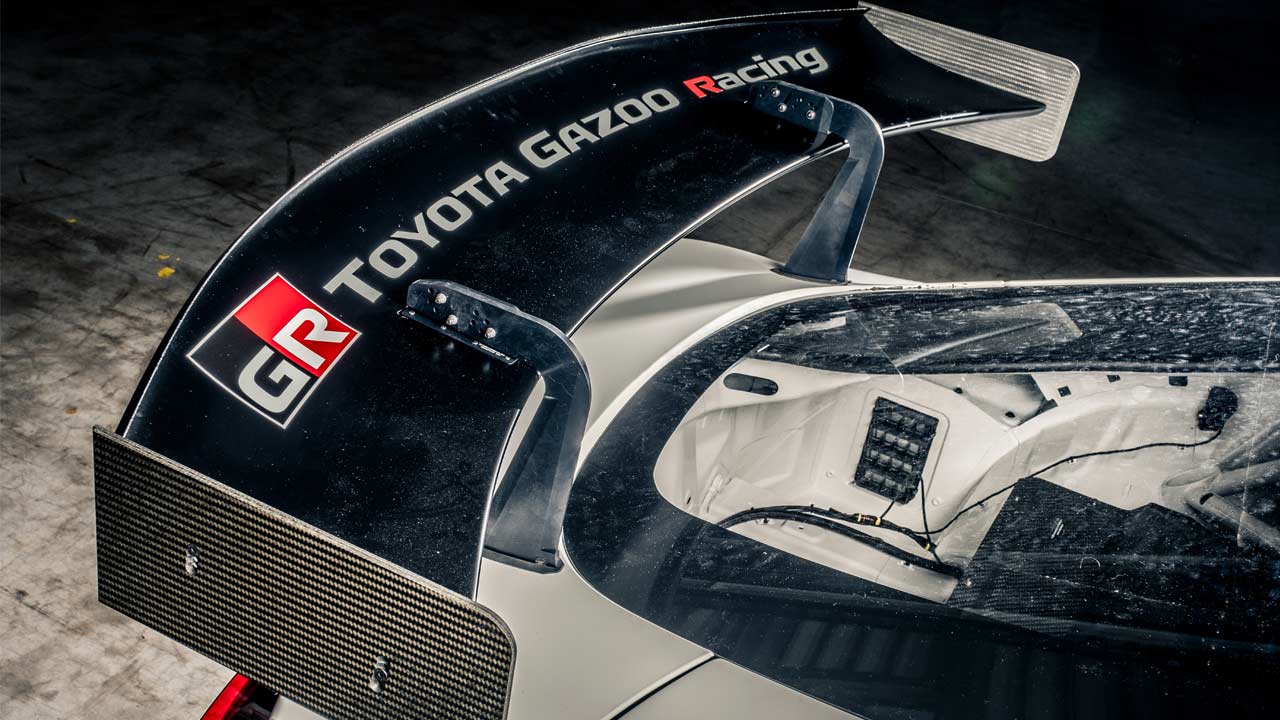