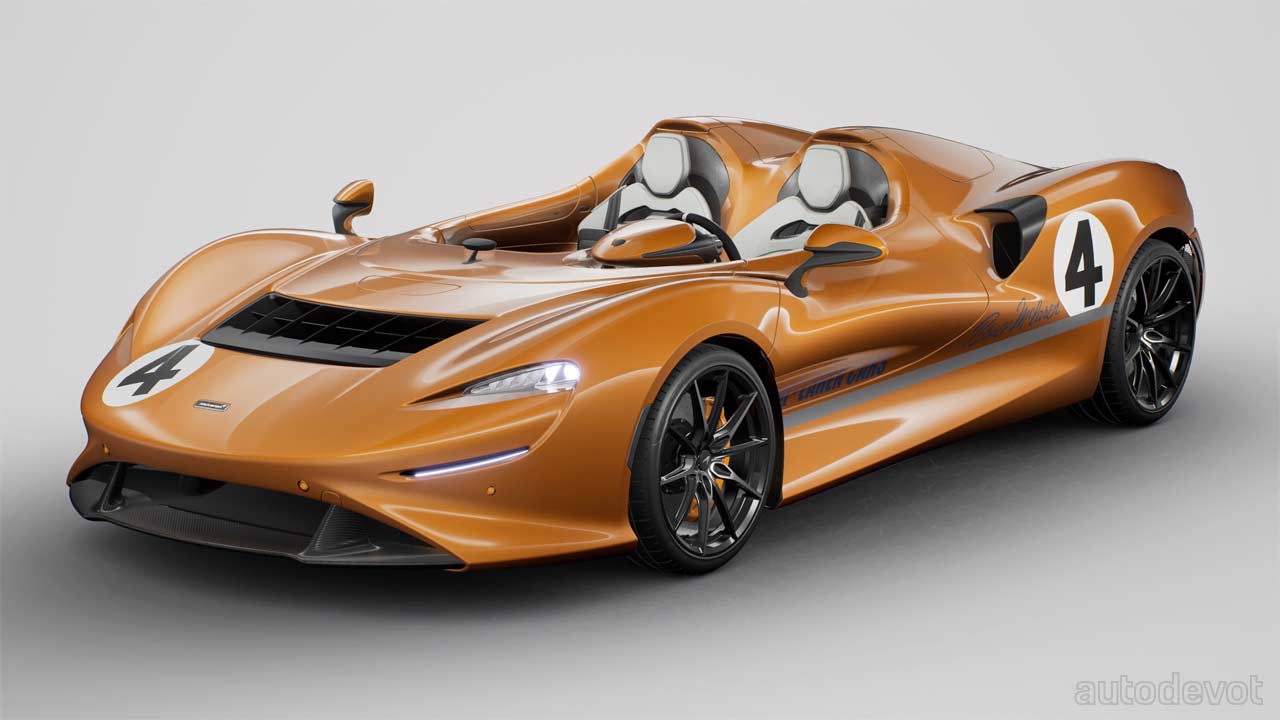 The McLaren Special Operations (MSO) has revealed two themes for the Elva. The M6A replicates that Can-Am conquering icon of 1967 in every detail of its external paint scheme. Anniversary Orange recalls the moment Bruce adopted this racing color and is adorned with the Dove Grey stripe, McLaren Cars decal and Bruce’s signature in Blue and his race number 4. Satin carbon fibre and 10-spoke Diamond Cut wheels seal an edgy, 21st-century effect. 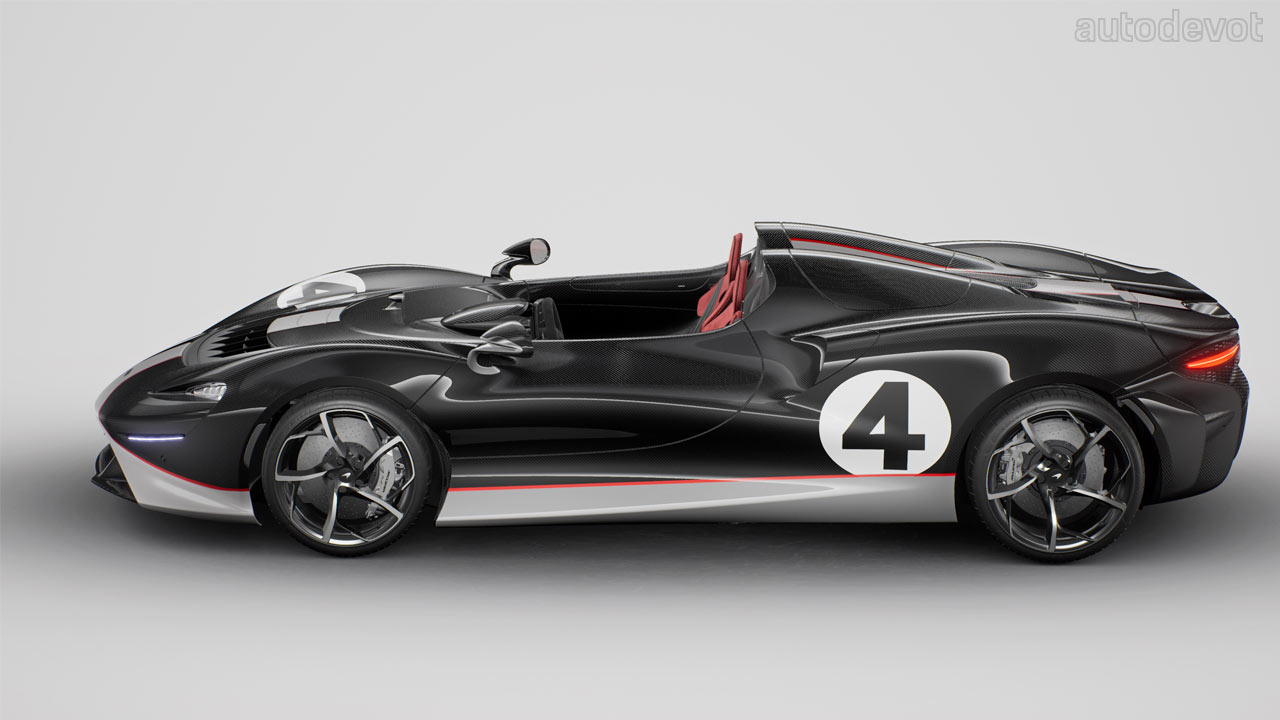 The M1A is based upon Bruce McLaren’s superlight M1A that repeatedly smashed the Mosport Park lap record at the Canadian Sports Car Grand Prix in 1964. It features a Magnesium Silver racing stripe that sweeps along the sills, runs around the front splitter and rushes up over the bonnet, accompanied by an Accent Red pinstripe. Most of the Elva’s sculpted form is presented in full-body carbon fibre, completed by Bruce McLaren’s iconic number 4 racing graphic. Read more about the Elva here. 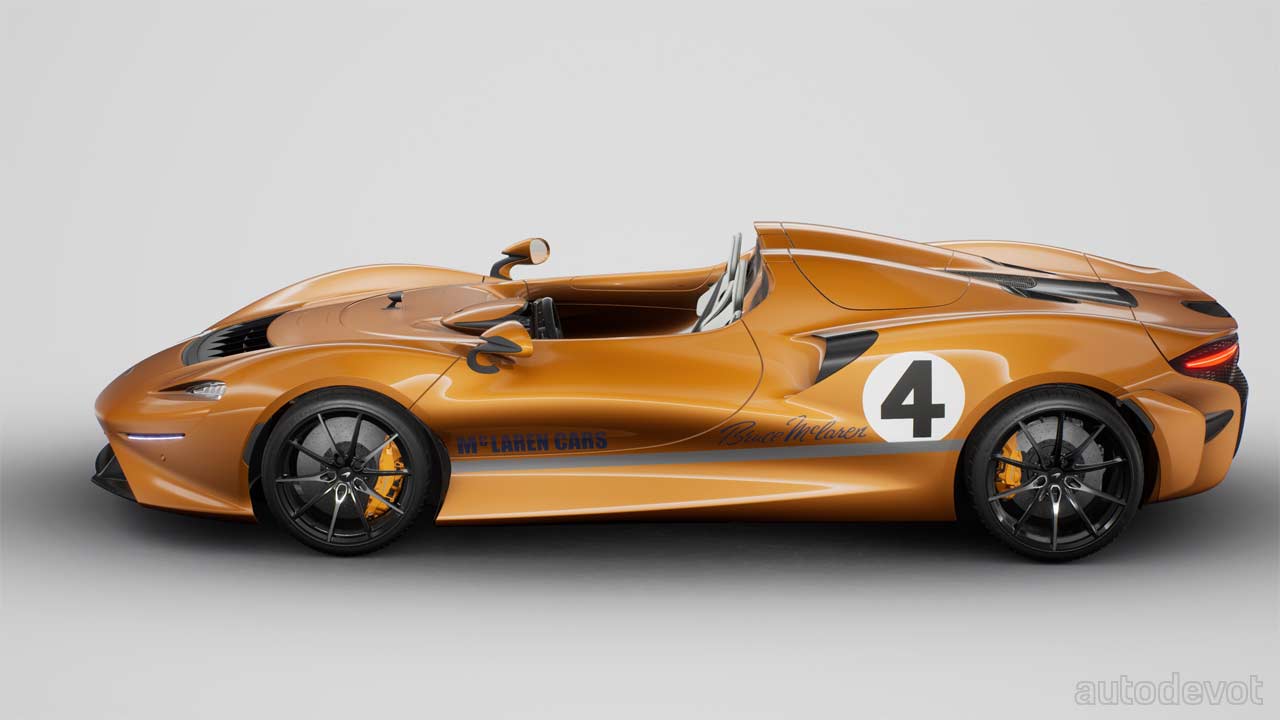 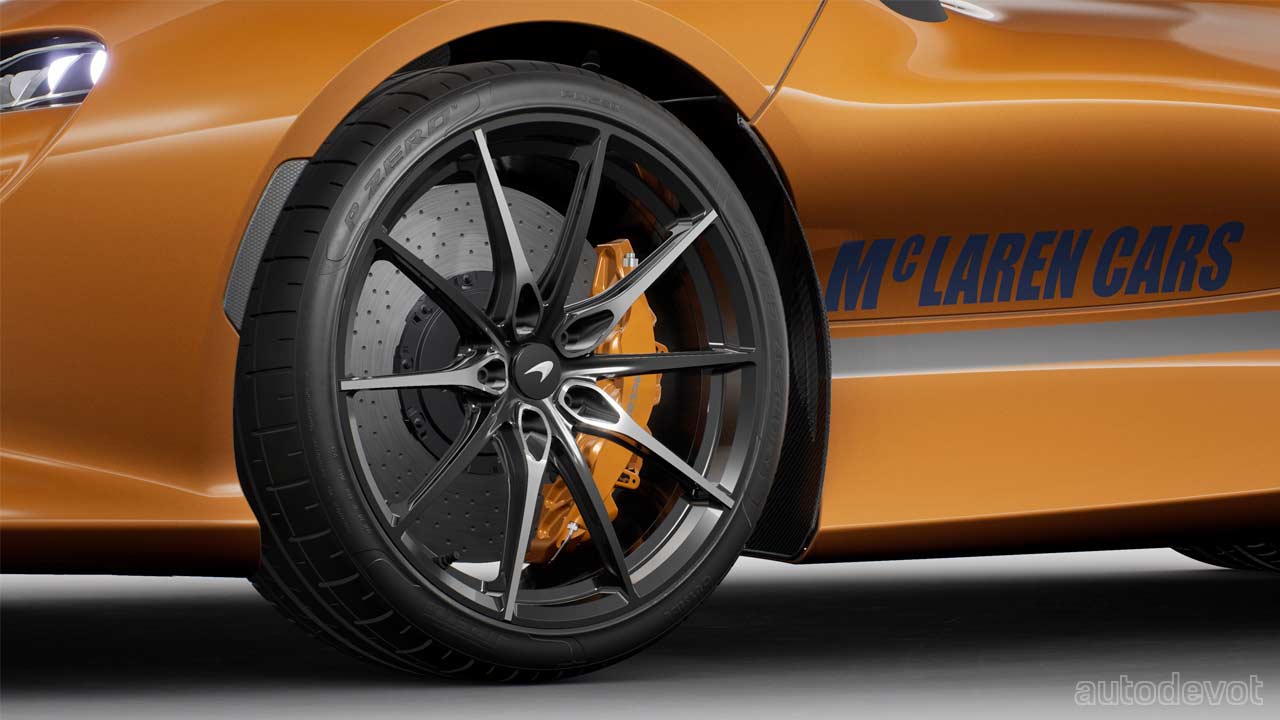 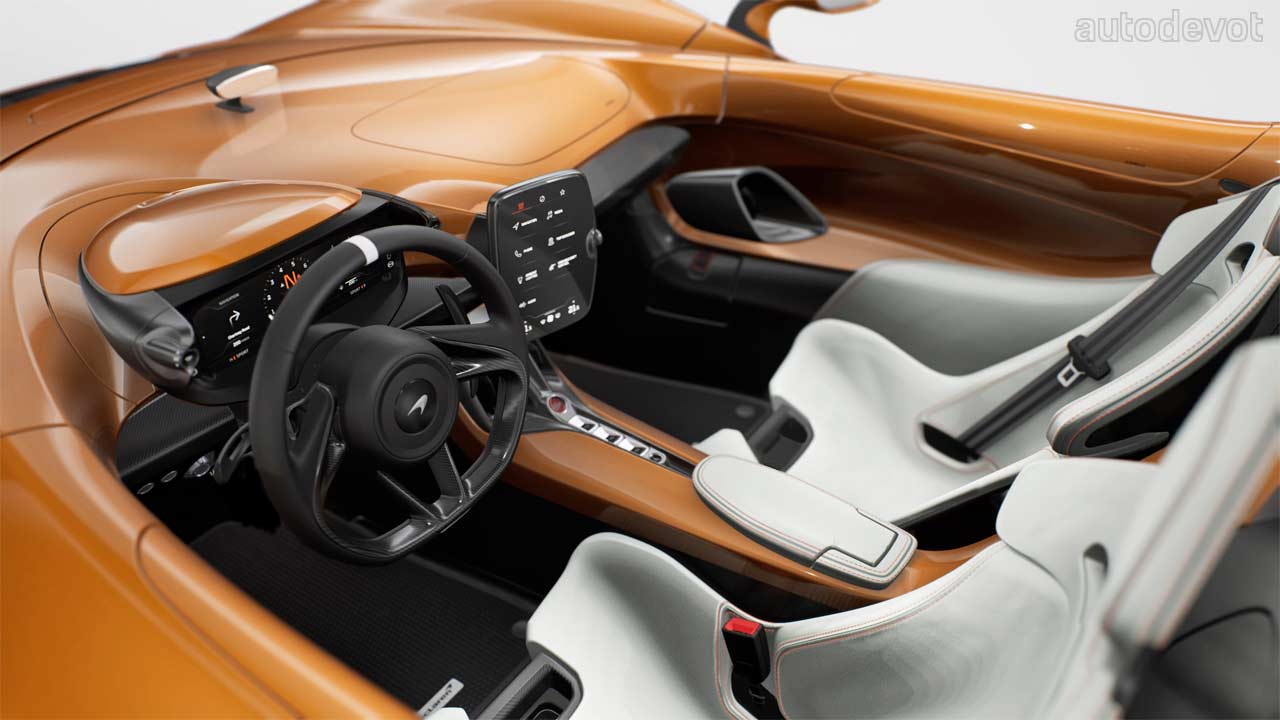 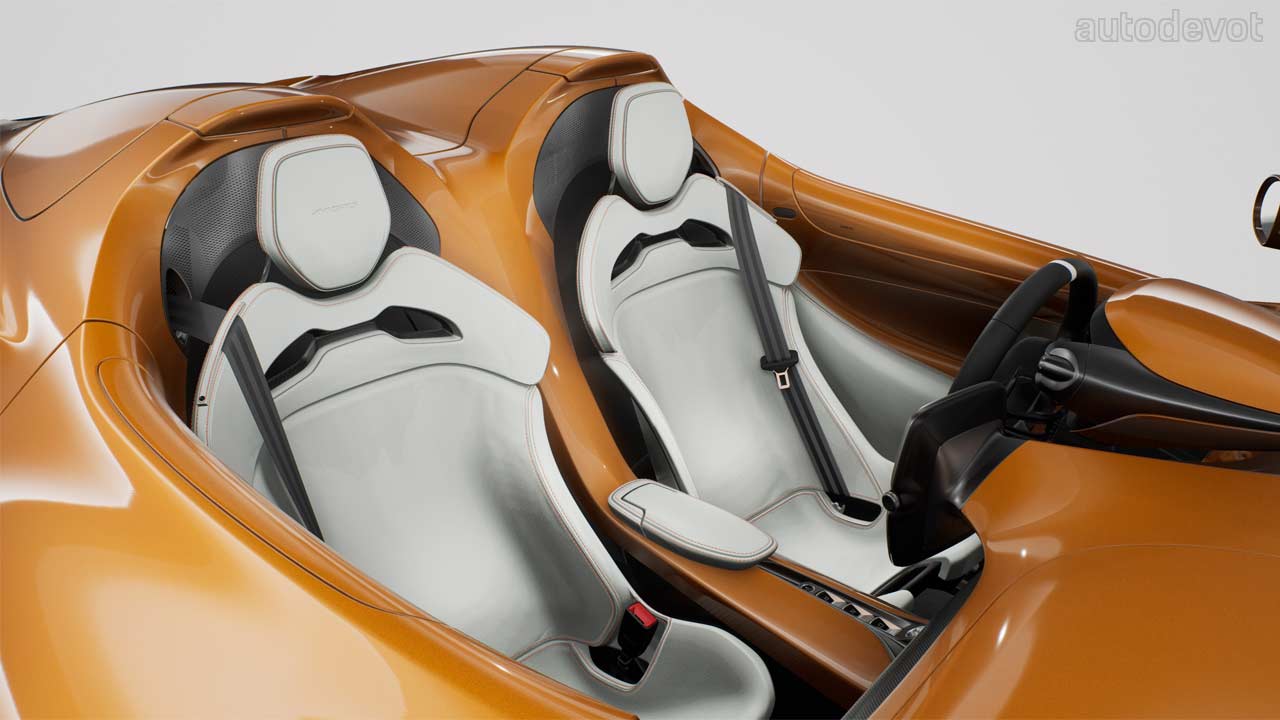 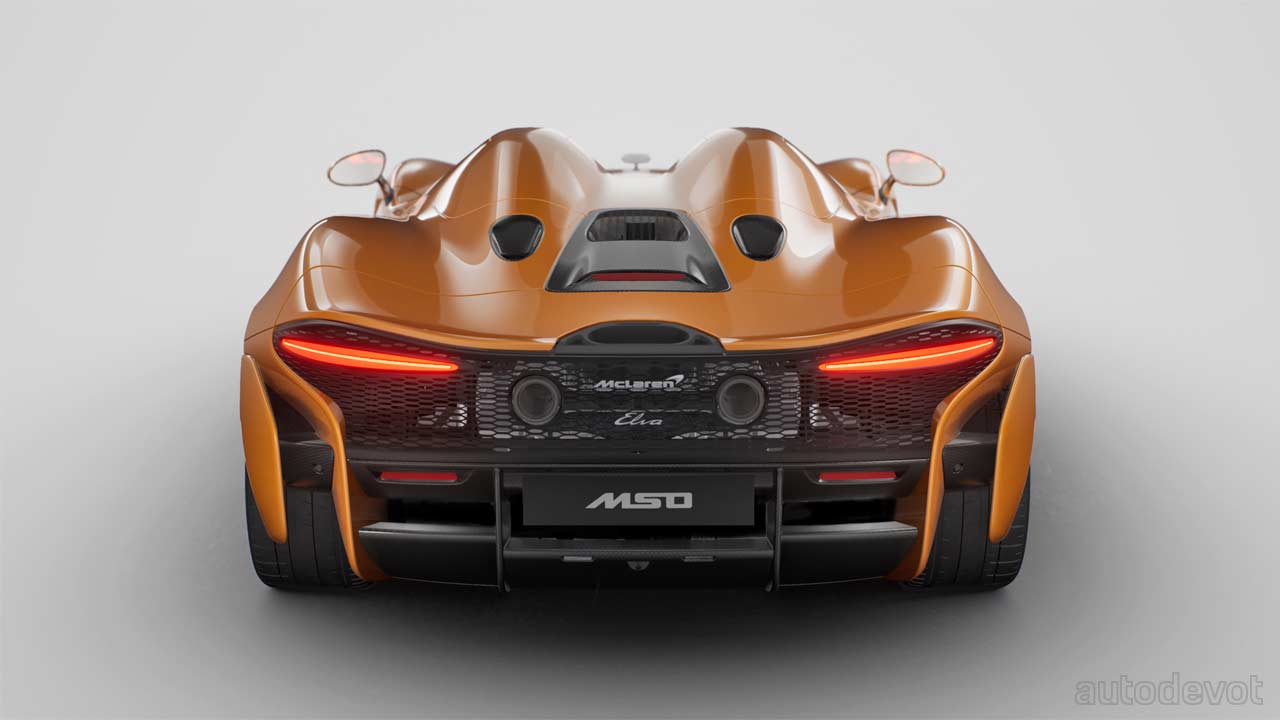 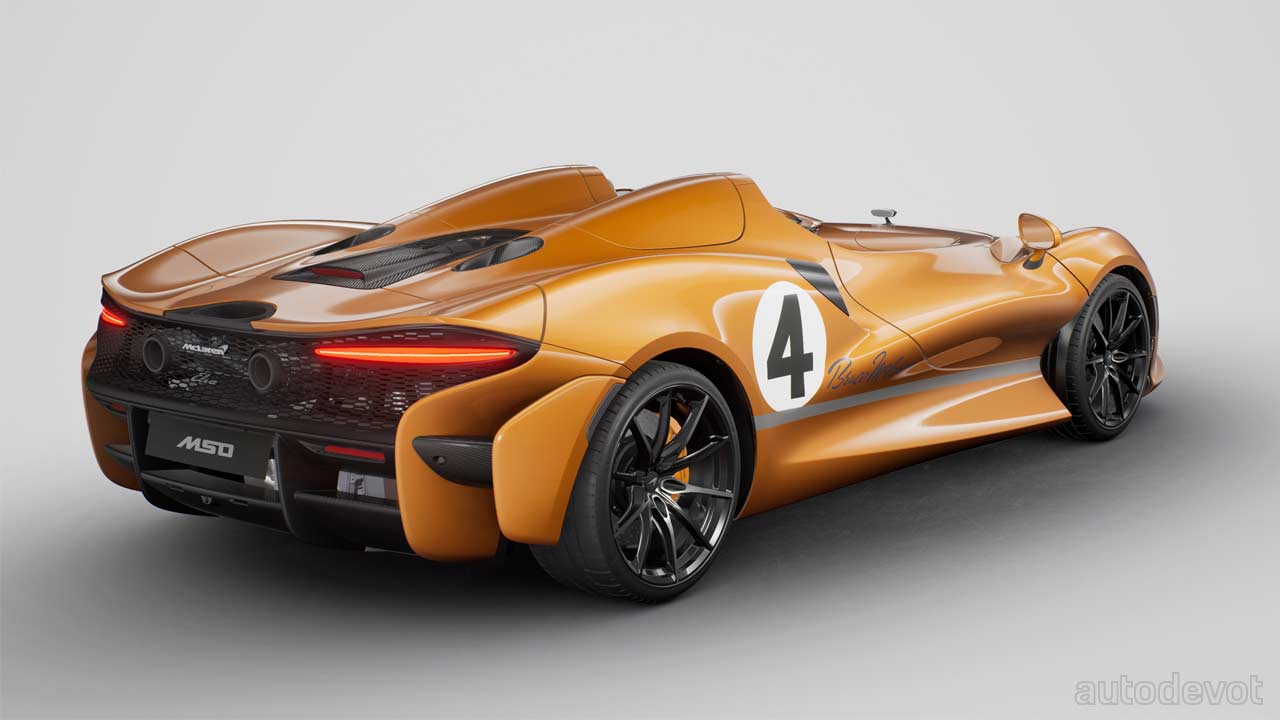 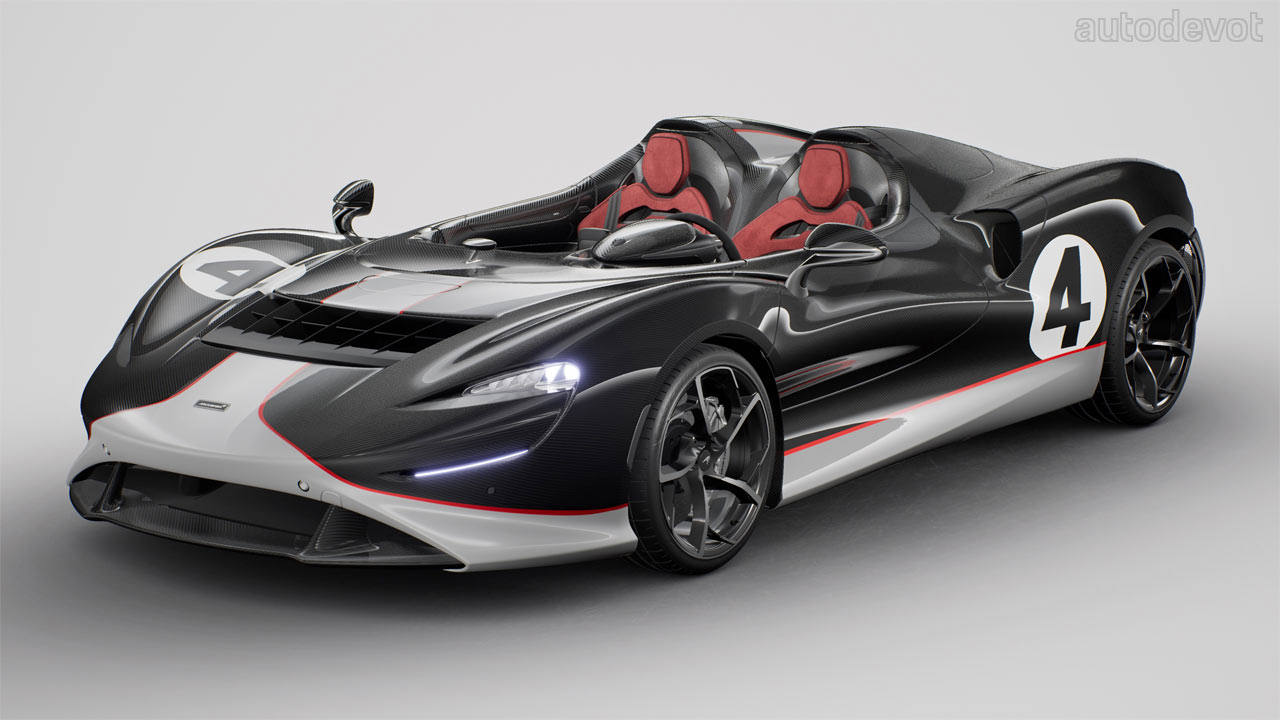 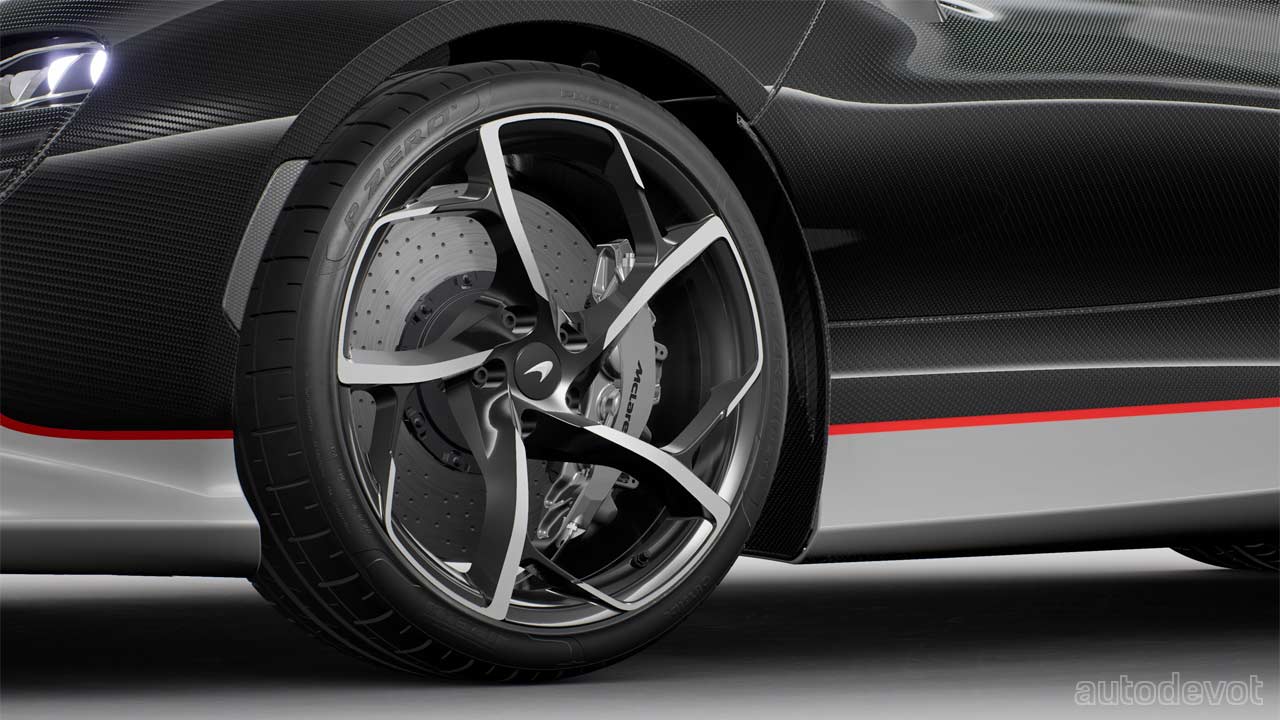 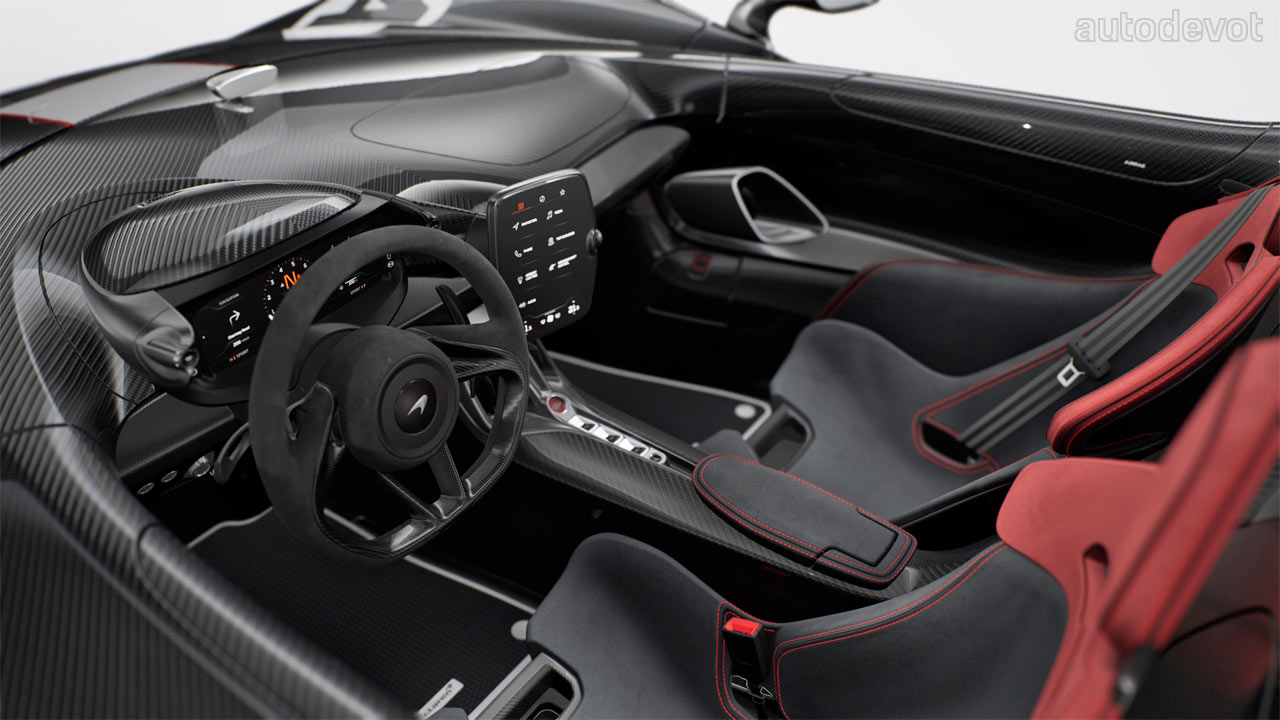 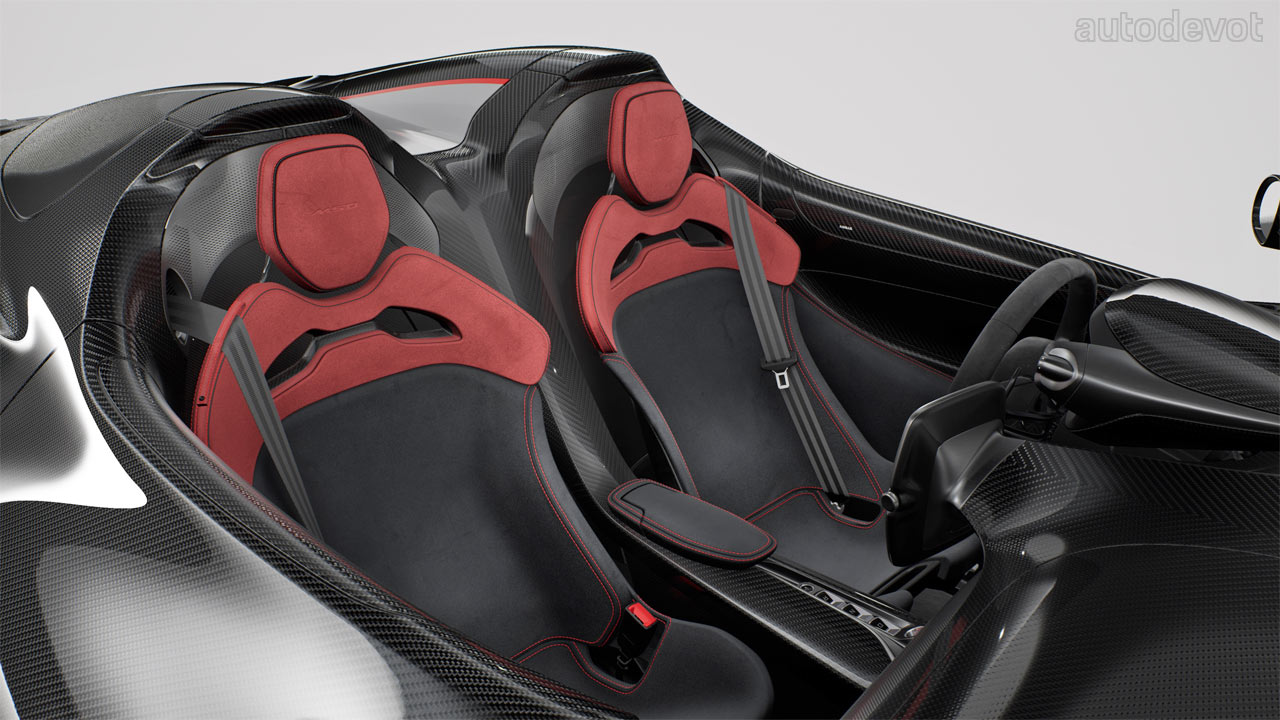 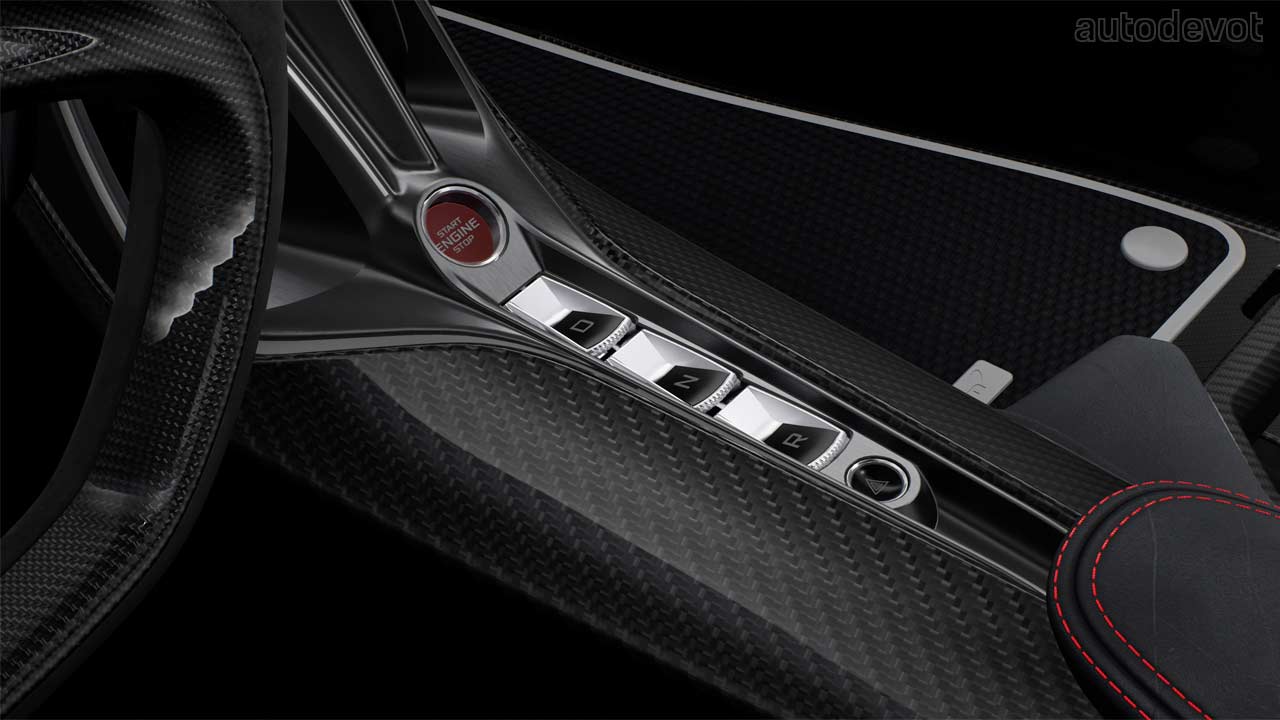 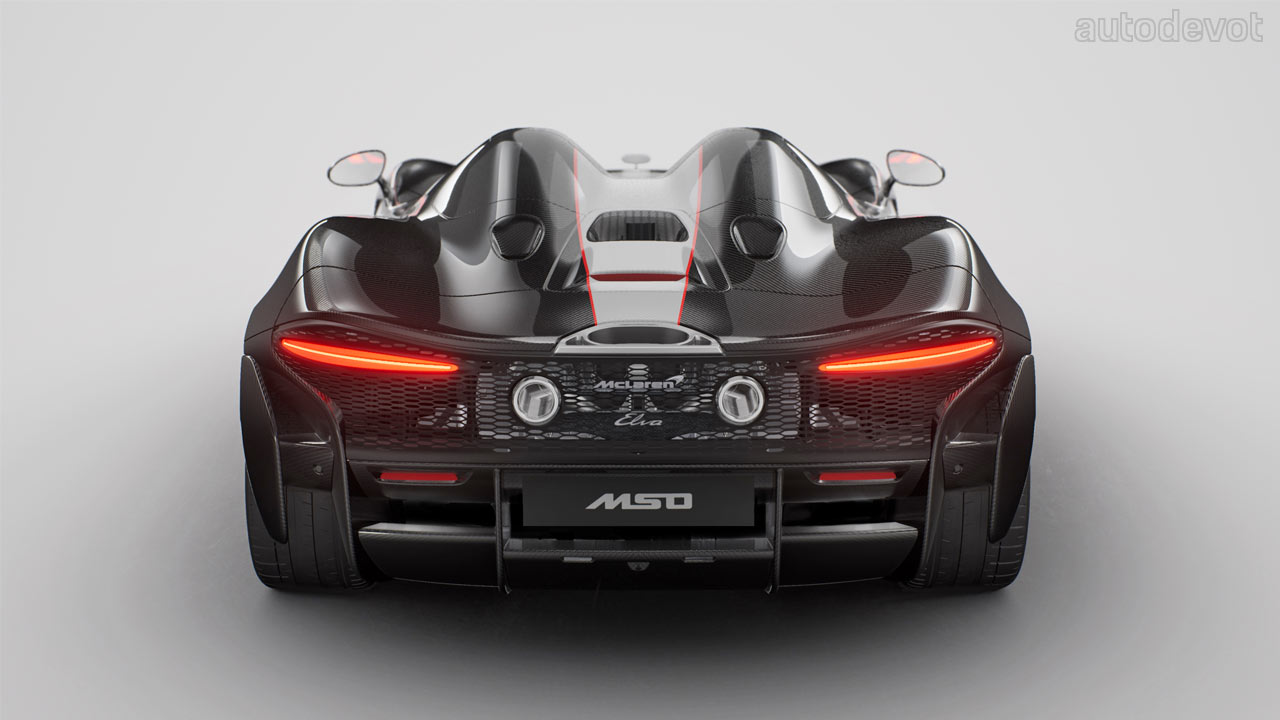 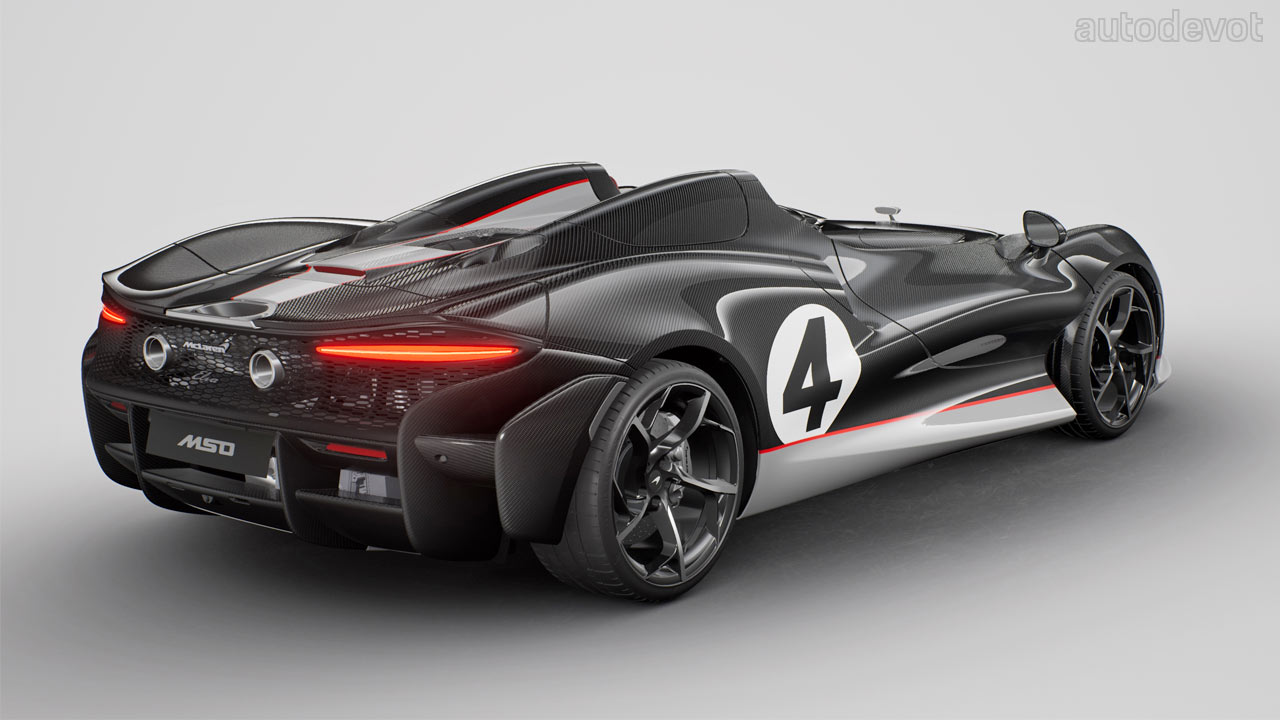