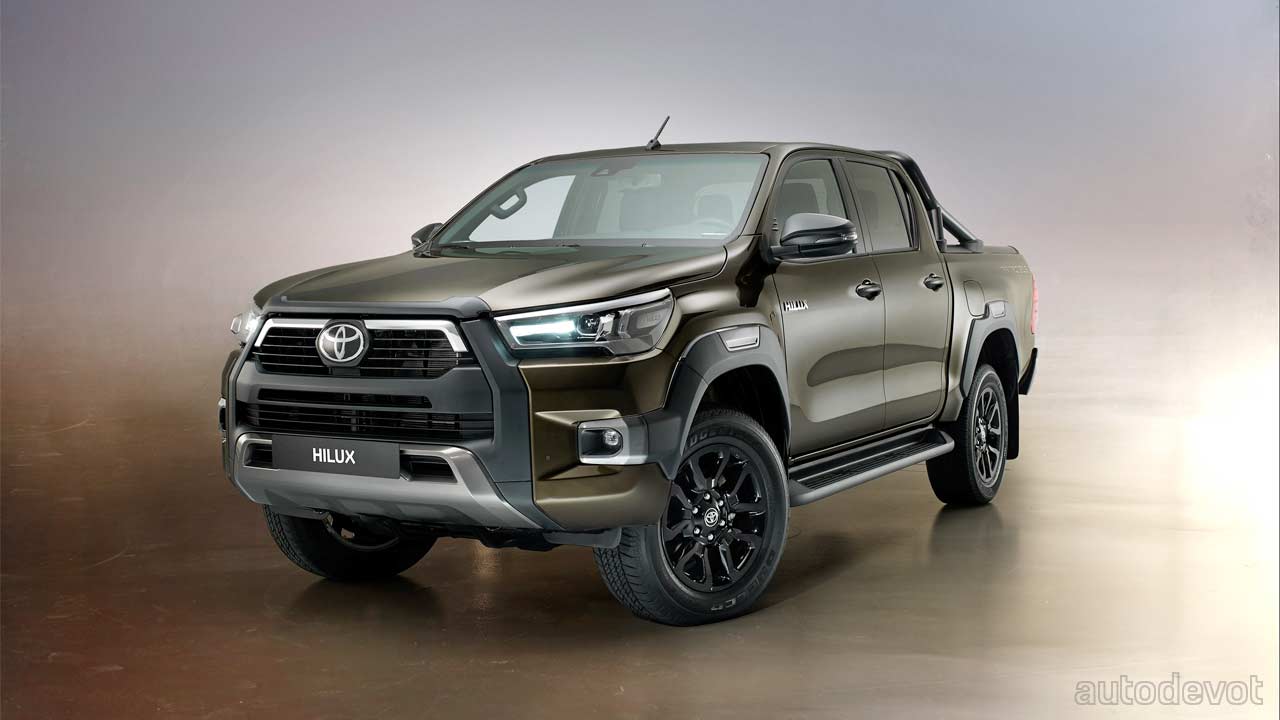 The legendary Toyota Hilux pickup truck has also received a facelift and has been launched in the Thailand market with prices starting at THB 1,050,500 (US$ 33,238 or INR 25,09,964) for the ‘Hilux Revo Rocco’ double cab variant. In Thailand, the Hilux is also available as a single cab variant and even a commercial variant too.

The photos we’re seeing here, are of the Euro-spec variant. Yes, the Hilux facelift will be available in Europe too, from July 2020 depending on the market. 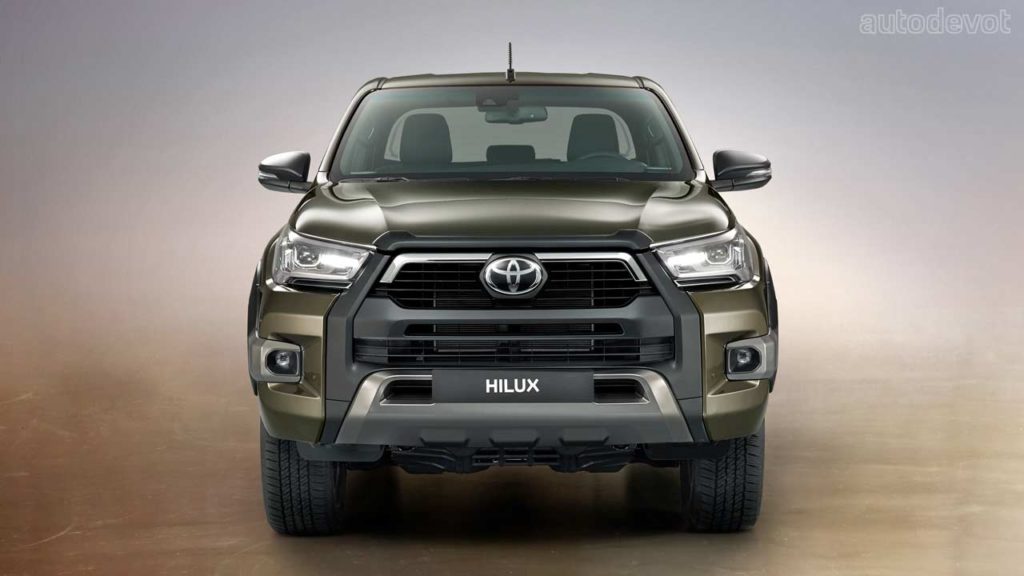 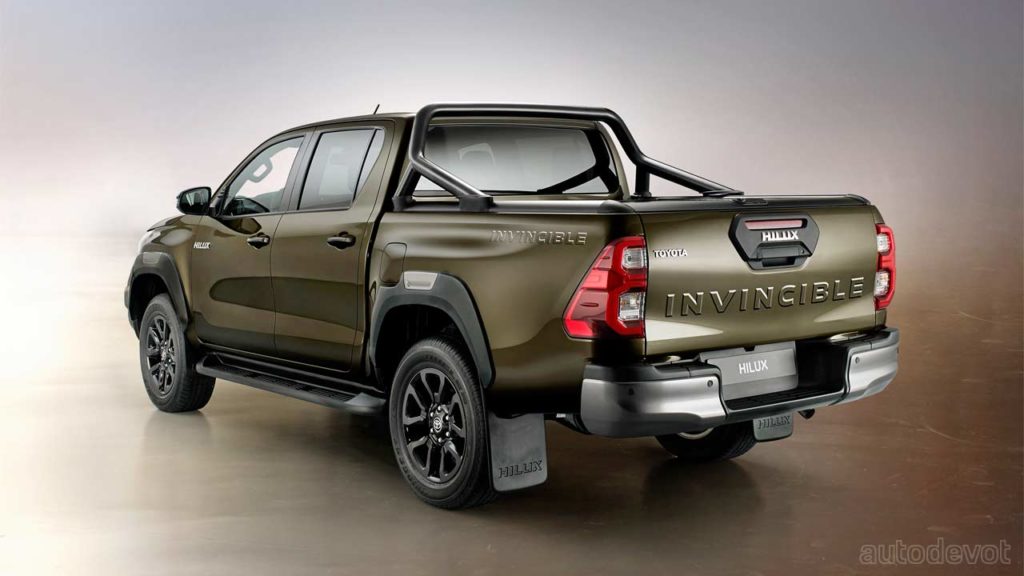 The styling updates are in line with Toyota’s latest design language. The redesigned front fascia looks boxy with an upright stance, typical of a modern pickup. It sports a bold three-dimensional grille and sculpted bumper and a skid plate combo that command respect from other road users. Also new are front and rear LED light clusters and machine-finished 18-inch black alloy wheels. 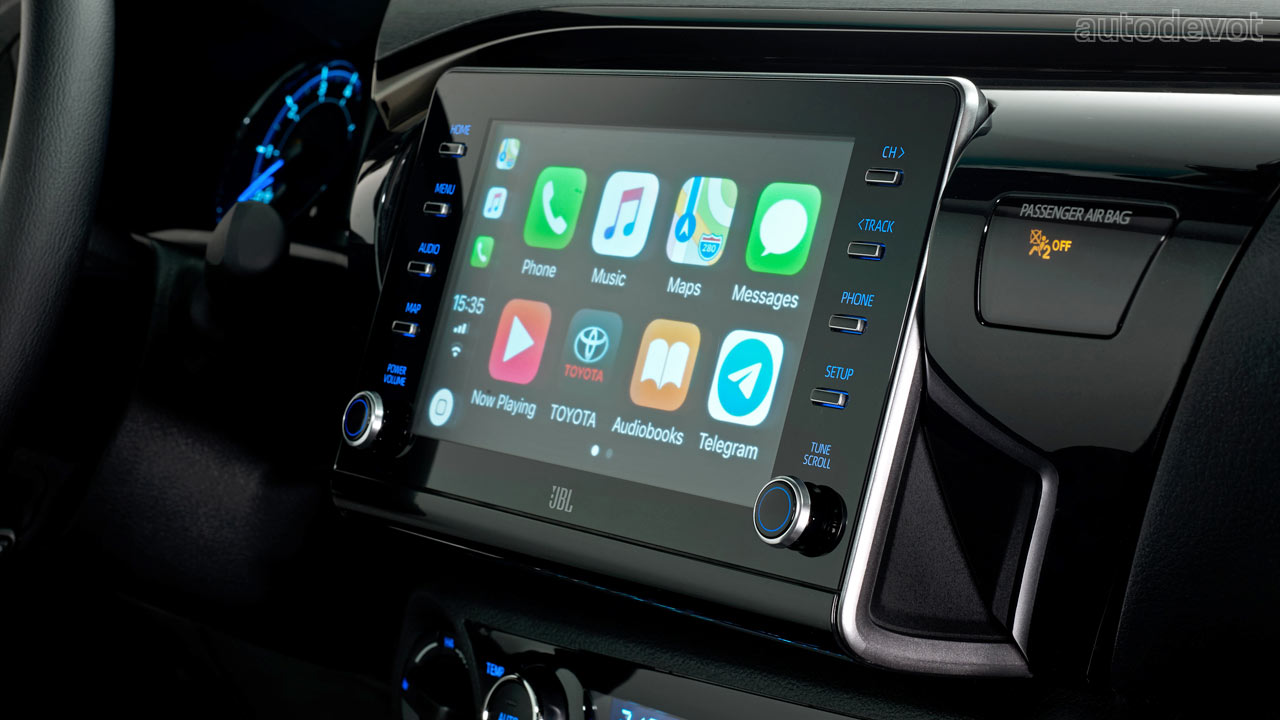 As for safety, the Hilux gets ‘Toyota Safety Sense’ suite for the first time in the Thailand market, which includes Pre-Collision System, Dynamic Radar Cruise Control, and Lane Departure Alert. 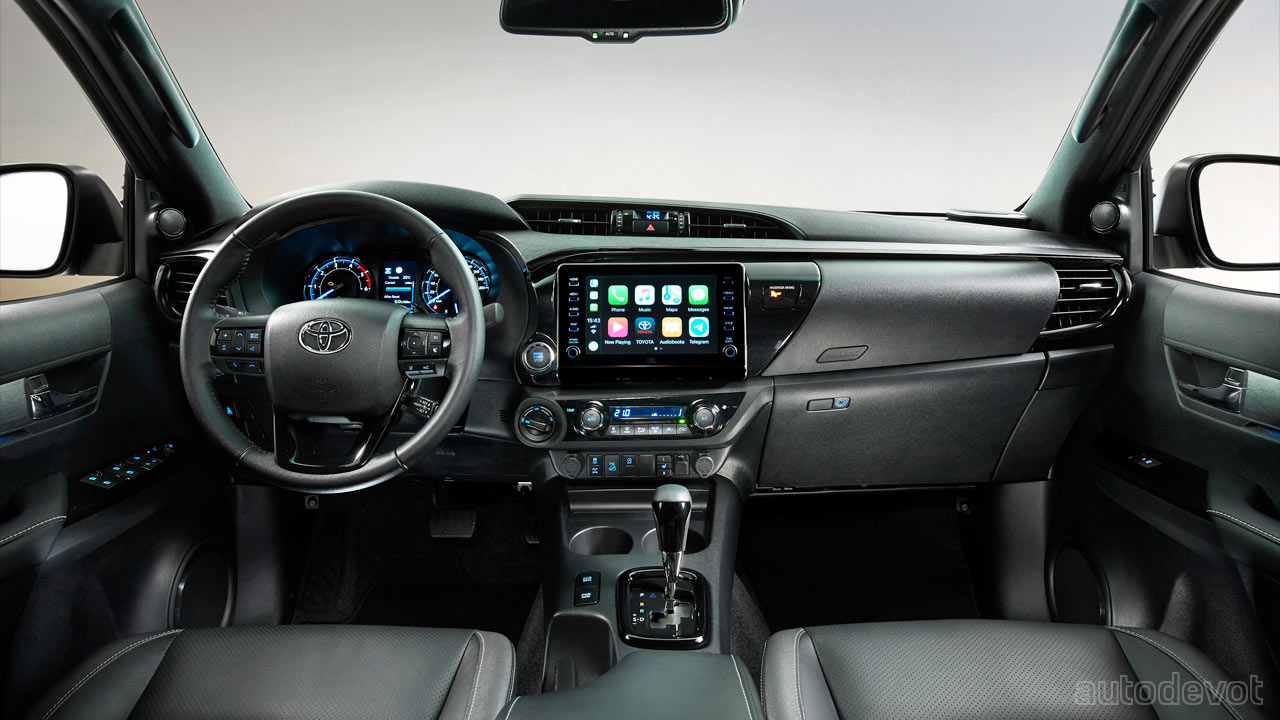 Powering the updated Hilux is a 2.8-litre (2,755 cc) 4-cylinder turbocharged diesel engine, the same unit that powers the updated Fortuner. The output figures are the same too, which is 150 kW (204 hp) and 500 Nm (369 lb-ft) of torque. The engine can be paired with either a 6-speed manual or 6-speed automatic transmission with 4WD. In Thailand, a 2.4L diesel engine is also offered with RWD and 4WD options.

Toyota claims that the suspension has been enhanced for better comfort. The shock absorbers and leaf springs are now capable of offering a smoother ride. 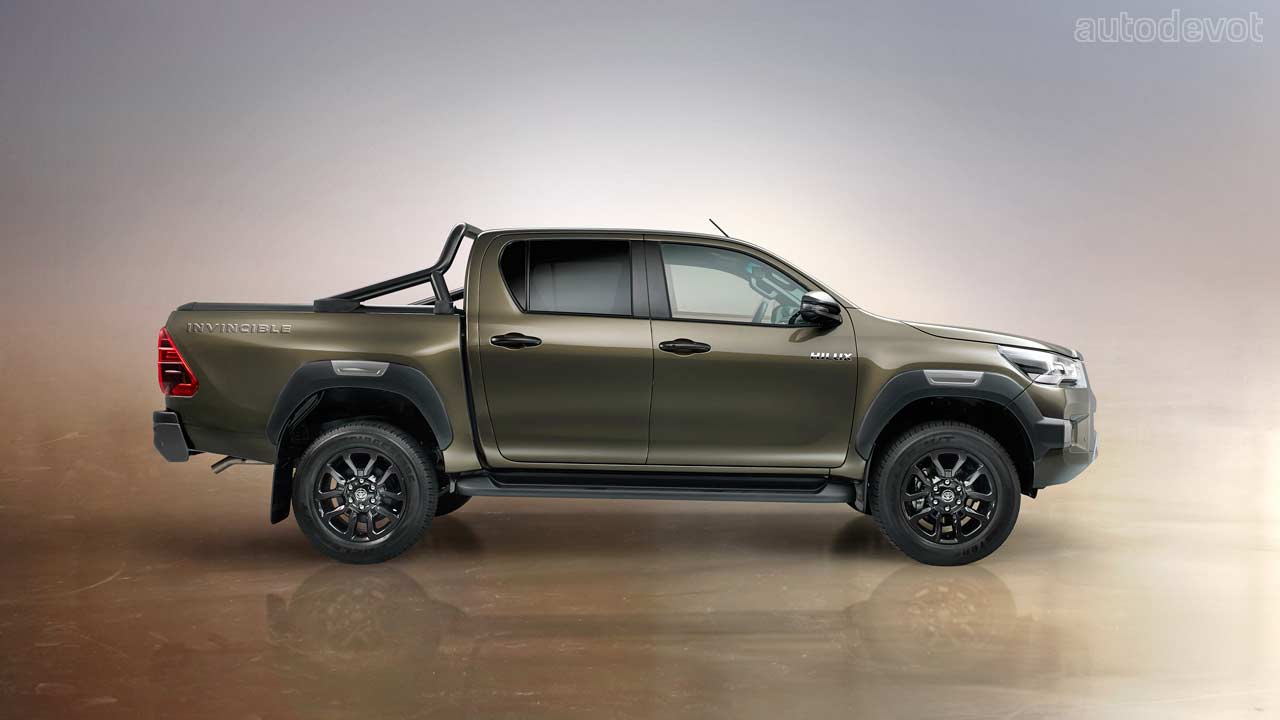 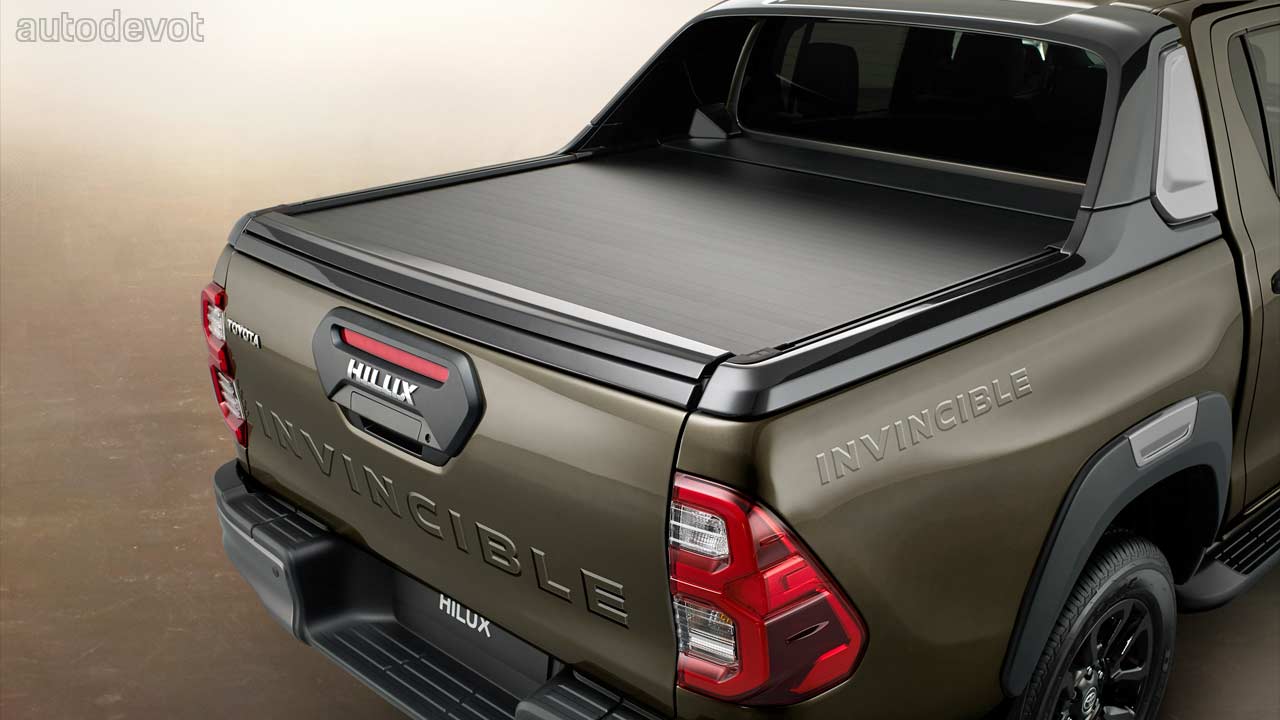 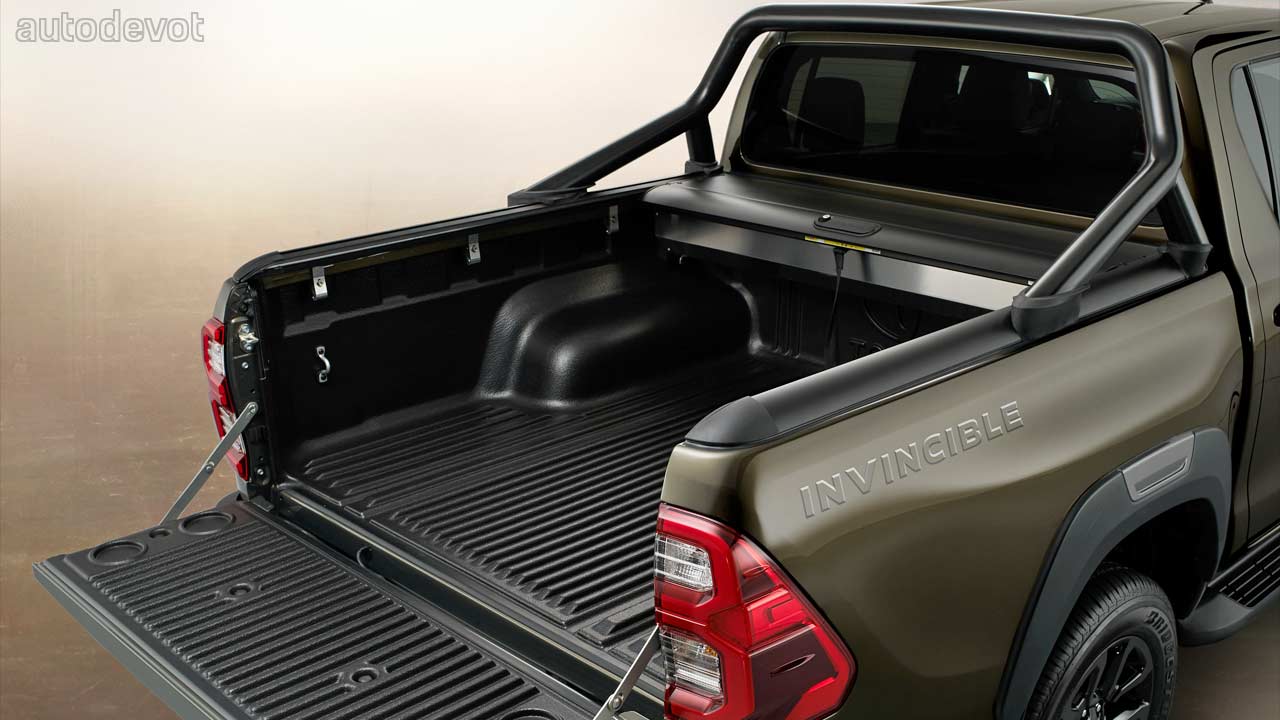 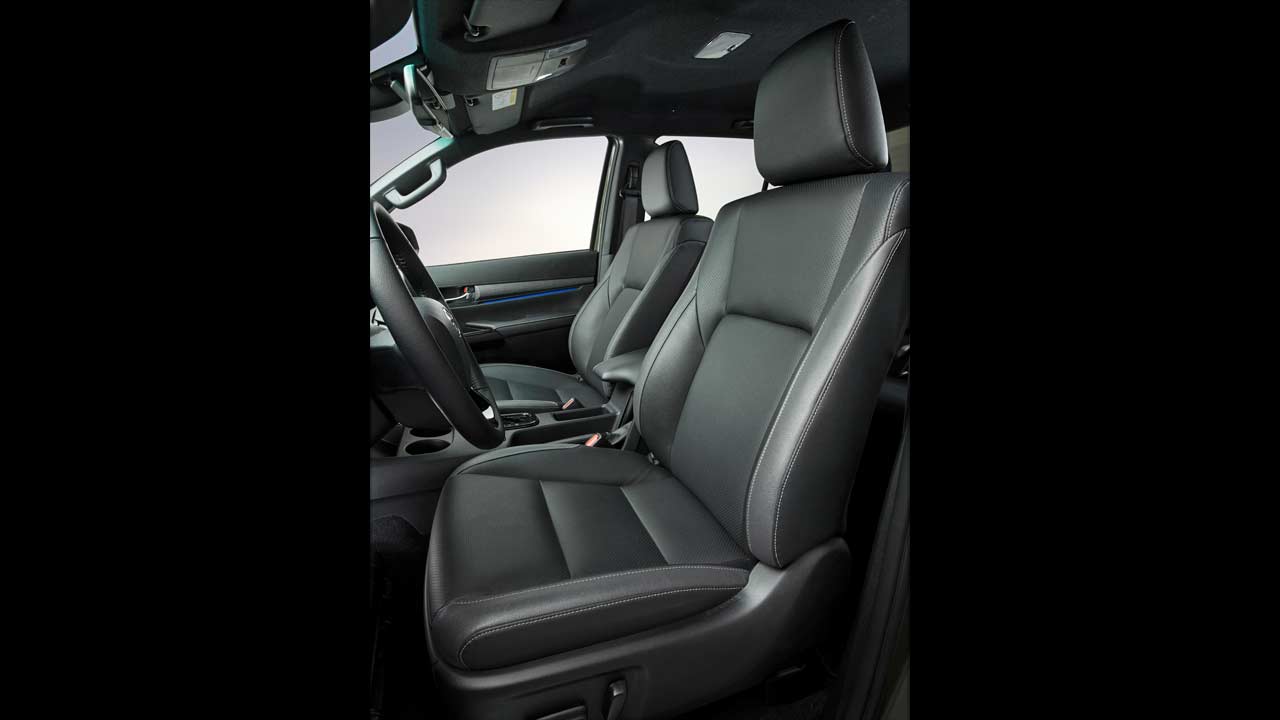 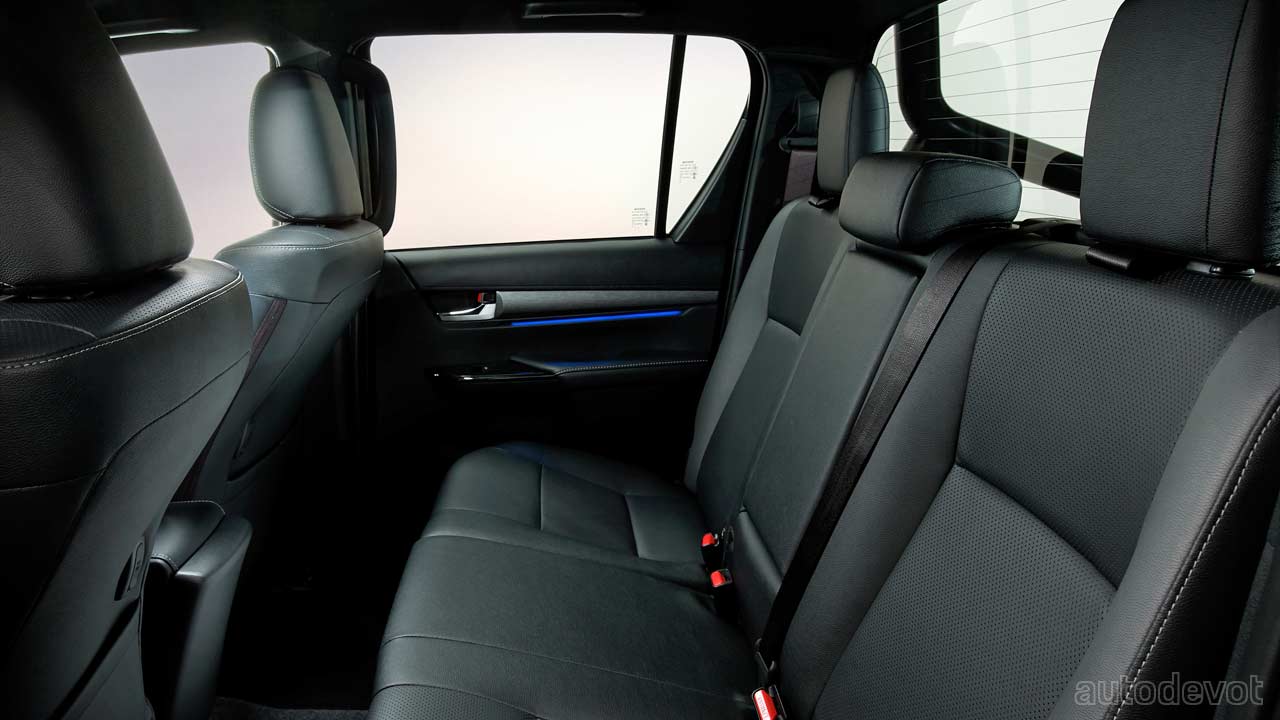 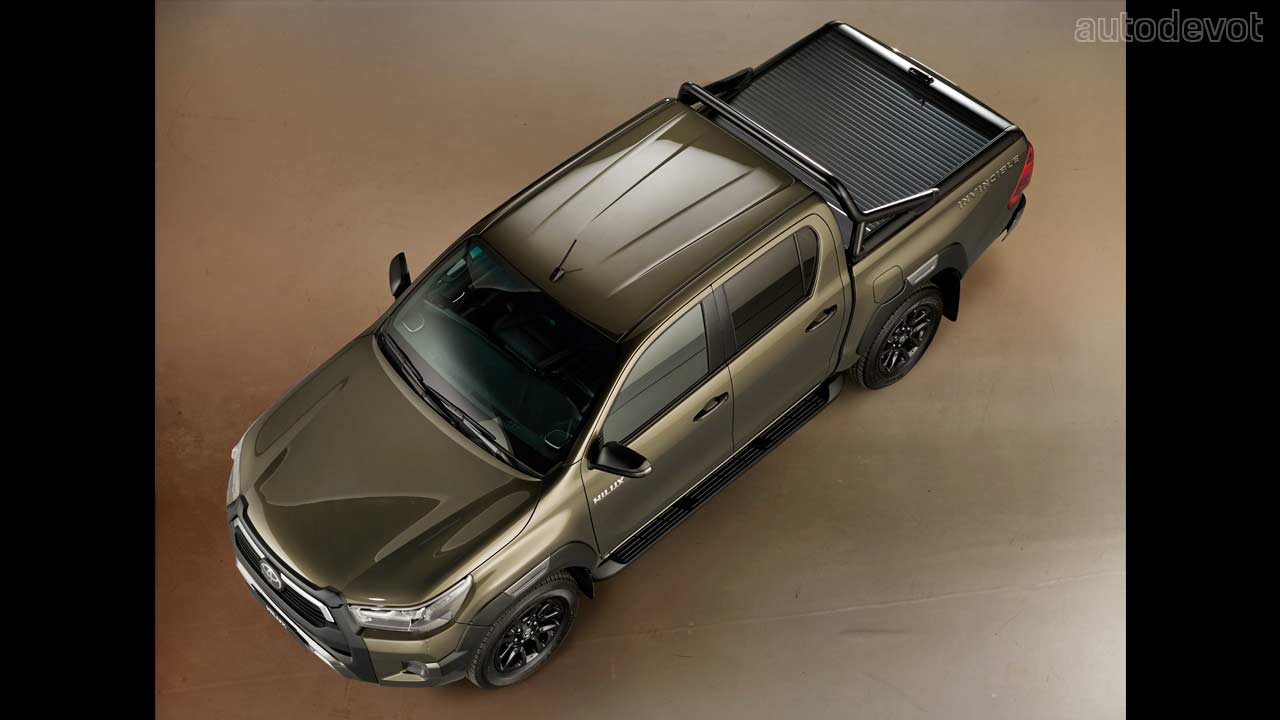 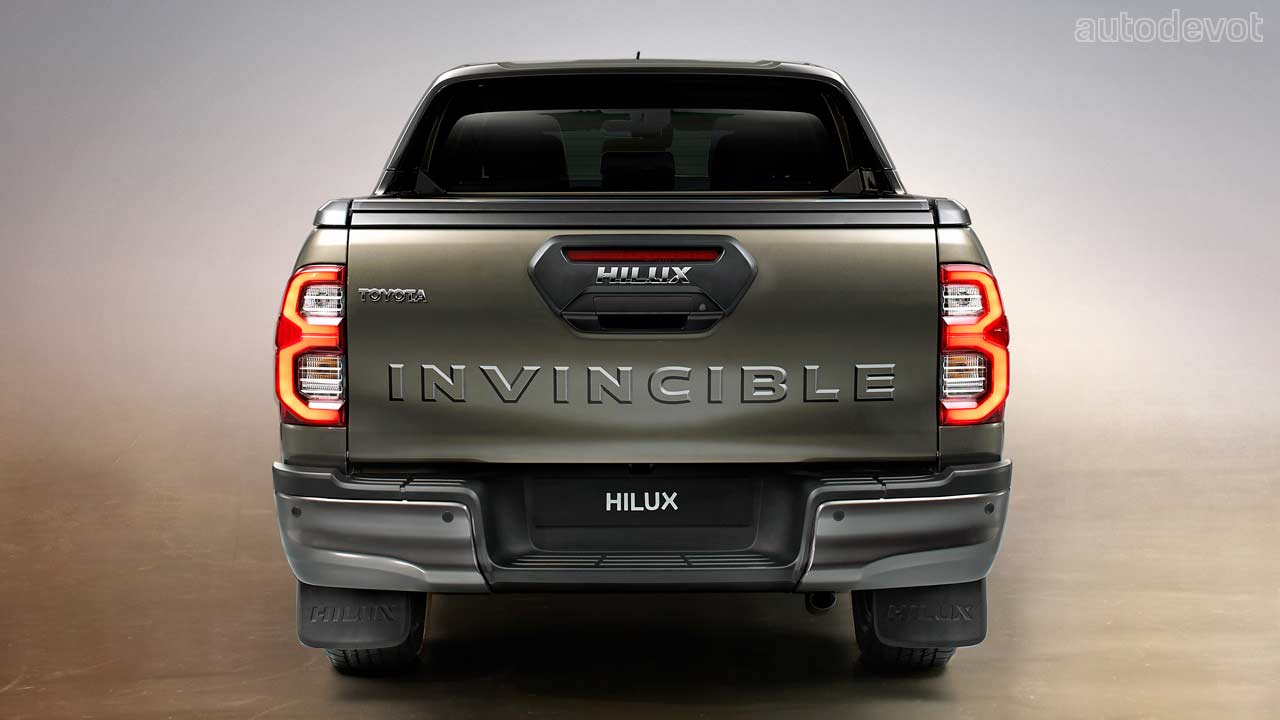